Art & Culture / For London’s drag queens, the show must go on 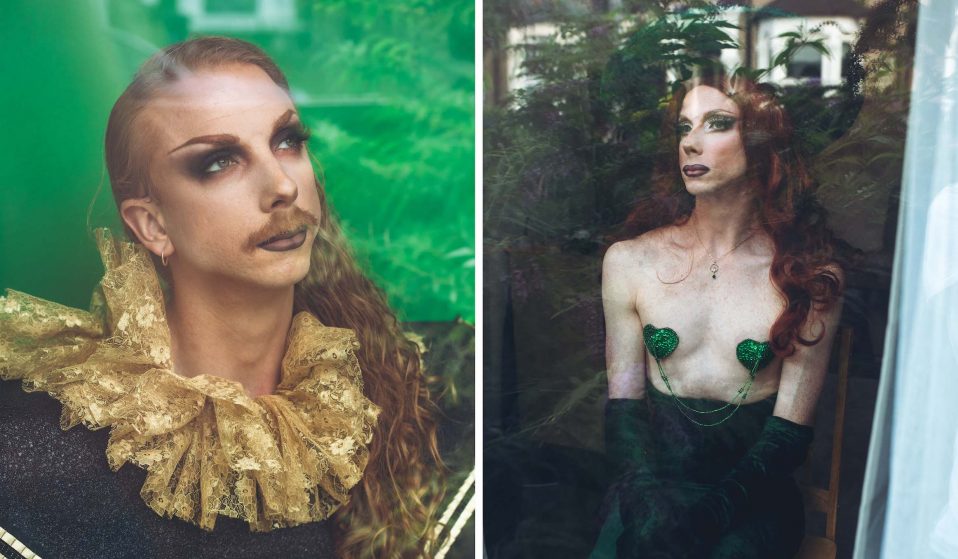 Drag queens like 'Sue Gives A Fuk' have been forced to get creative after the pandemic devastated live venues in London.

Drag queen 'Sue Gives A Fuk' was regularly gigging around London, until the pandemic left live venues to face a precarious future. Since then, Sue's been forced to get creative to sustain her career.

Sue – or ‘Sue Gives A Fuk’, as she is known by her moniker – is a drag queen living and performing in London, where usually, she’d be gigging twice a week. Then the pandemic hit, turning the performing arts industry on its head.

While schools, universities and some businesses gradually reopen, the devastating closures inflicted by the pandemic are still very much being felt by performers, with packed theatres now something of a distant memory.

Among those still feeling the effects of an industry sent into flux are drag queens, whose Saturday night lip-syncs and cabaret shows have been scuppered for the duration of summer, along with cabaret and comedy stars bereft of a stage to perform on.

Still, Sue is a staunch believer in performers’ resiliency: “Drag is a makeshift industry,” she says, “we’ve been able to adapt.”

From participating in 12-hour ‘Dragathons’ on Instagram live, to presenting her own comedy news bulletins, virtual performances are allowing Sue to keep her profession alive. In the latest of our new series on Pandemic Innovators, we find out more about how drag performers are sustaining their craft and careers.

What are you doing to keep your drag alive at the moment?

Drag, cabaret and comedy are all so DIY and underground that we all find a way to make it work. I think if you’re a film or musical theatre actor you’ll probably struggle quite a bit more because you have less control over your career and your work requires a lot more money to make things happen.

We have managed to just shift everything online and it’s obviously not the same, but people are making money from it. 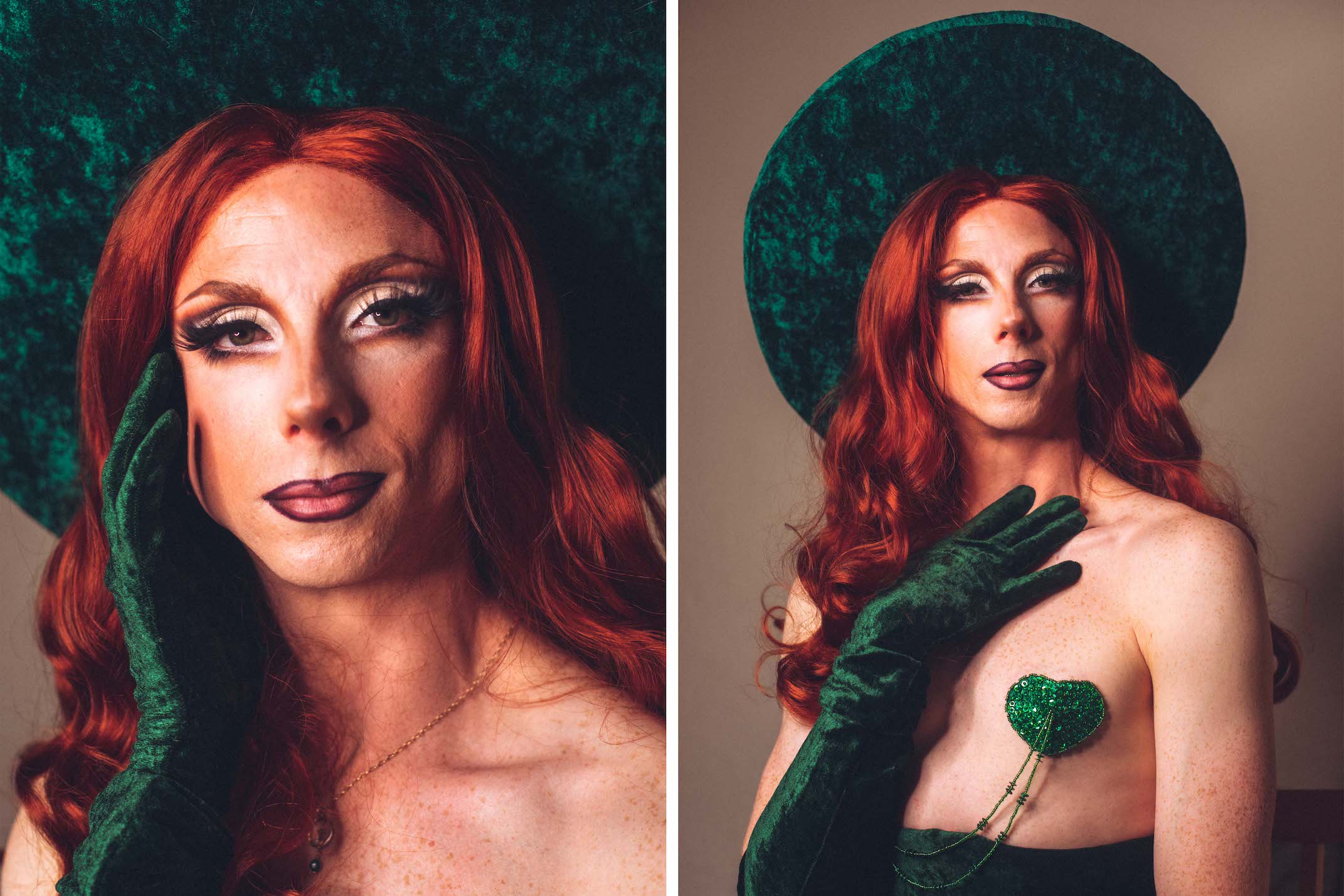 What would a usual performance look like outside of lockdown?

I am a comedy drag queen, so I mostly do stand-up comedy in drag, wherever anyone will have me: in pubs, clubs, bars, theatres above pubs. I also have a day job as an administrator that I do part time because as you can imagine, drag is not the most lucrative industry in the world.

Could you talk us through what a typical evening of gigs looks like?

I finish my day job at 5pm, then race to the office bathroom and put on a drag face and aim to get to some gay bar, or theatre above a pub if it’s comedy, for 7.30pm. It varies, but I’ll possibly do a 10 minute set, and be obliged to stay till the end to watch all the other comedians and drag queens performing, otherwise it’s rude. Then I will head home on the tube and get home at like 11.30pm, go to bed, and then do it all again.

What were your initial concerns with lockdown when it came to the future of performing?

Whether venues will be able to reopen, because they are paying rent and getting no money. And, when lockdown is over, these kinds of venues will be the last to open, and even when they’re open  and the virus is less of a risk, audiences will probably only slowly trickle back in as people become comfortable again with the idea of going to gigs.

How have you had to innovate in order to still be able to perform your drag?

So one thing that I’ve been doing is making recorded video content. Before lockdown ages ago, I was making little satirical current affairs sketch shows called The Gay Today for my YouTube channel, so I’ve been working on that.

Me and my housemates have turned our little house into a studio, and we’ve been making a comedic diary, as if we’re in the Big Brother house. We’ve set up a PayPal, should anyone wish to tip us, and people have been!

We still do live performances: I did a 12-hour ‘Dragathon’ hosted on another drag performer’s Instagram live. About 100 people were watching at one time – that’s a good turnout for a cabaret show. Again, it’s a donation situation, and I ended up making about 30 quid.

My housemate (also a drag queen) does private gigs on zoom, some corporate events for businesses, and for that, she makes good money – as much as she’d make from live performance. 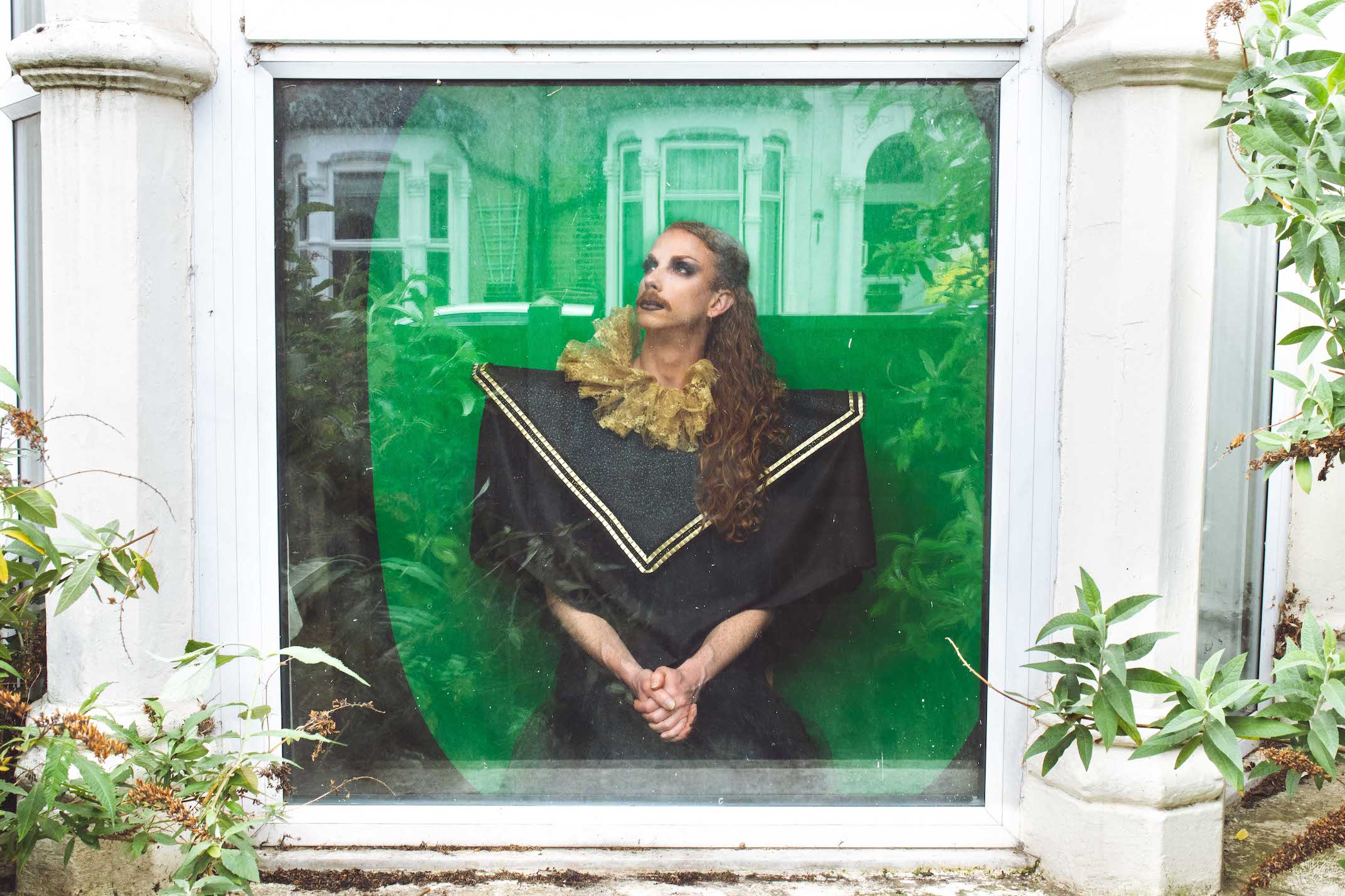 What are some of the problems that arise with virtual performances?

With the live stuff, we were very hesitant, and actually still are, as we’re still adjusting. Filmed theatre can be one of the worst things in the world, and it’s difficult for most performance styles.

Lip-syncing is big in the drag world, and you can’t lip-sync with a delay when it’s virtual. Recorded content lends itself better to comedy. But, it’s hard to make any money off recorded stuff really.

Were there any resources, groups or organisations that drag queens could turn to for support, initially?

One of the venues, Dalston Superstore, did a kick-starter campaign so that they could keep on paying their performers.

But on the whole, it’s not an industry supported by the government. For the drag queens and comedians who either went self-employed recently, or the ones doing cash-in-hand gigs, the government’s self-employment scheme is not going to help them.

Have there been any unexpected benefits of performing virtually?

The time to work on the craft, and to learn skills which I never had time to do. I’m sewing and I’m making wigs, which are very rewarding to do, and will hopefully pay off.

Do you think new opportunities have been created for the future outside of lockdown, in terms of using this virtual space as a new performance theatre?

Everything that I’ve seen has been making up for a lack and it’s a slightly rubbish version of what’s otherwise existed. I’ve not seen anything with the potential to survive beyond lockdown.

Are you concerned for the future of drag and the performing arts industry as a whole?

Yeah, absolutely. It’ll come back I predict, but there will be a shrinkage for a long time. I think TV shows, like Ru Paul’s Drag Race, will become a lot more important.

But, I do think that drag queens are going to come out of this with skills that they didn’t have before. Everyone’s going to be able to do video-editing, make-up and hair, and all these things you can learn at home.

I think if in lockdown a performer builds up a virtual following, that survives. 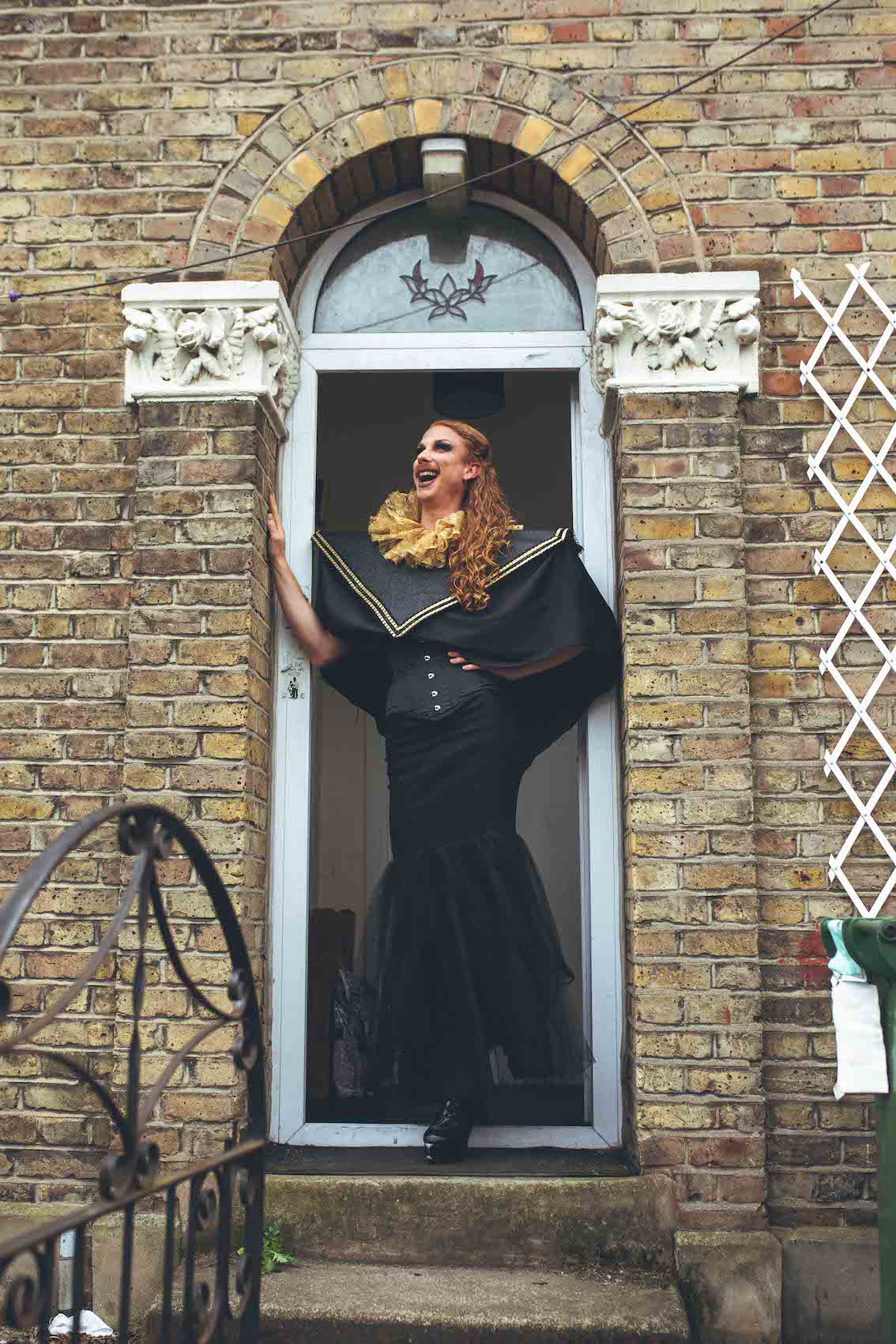 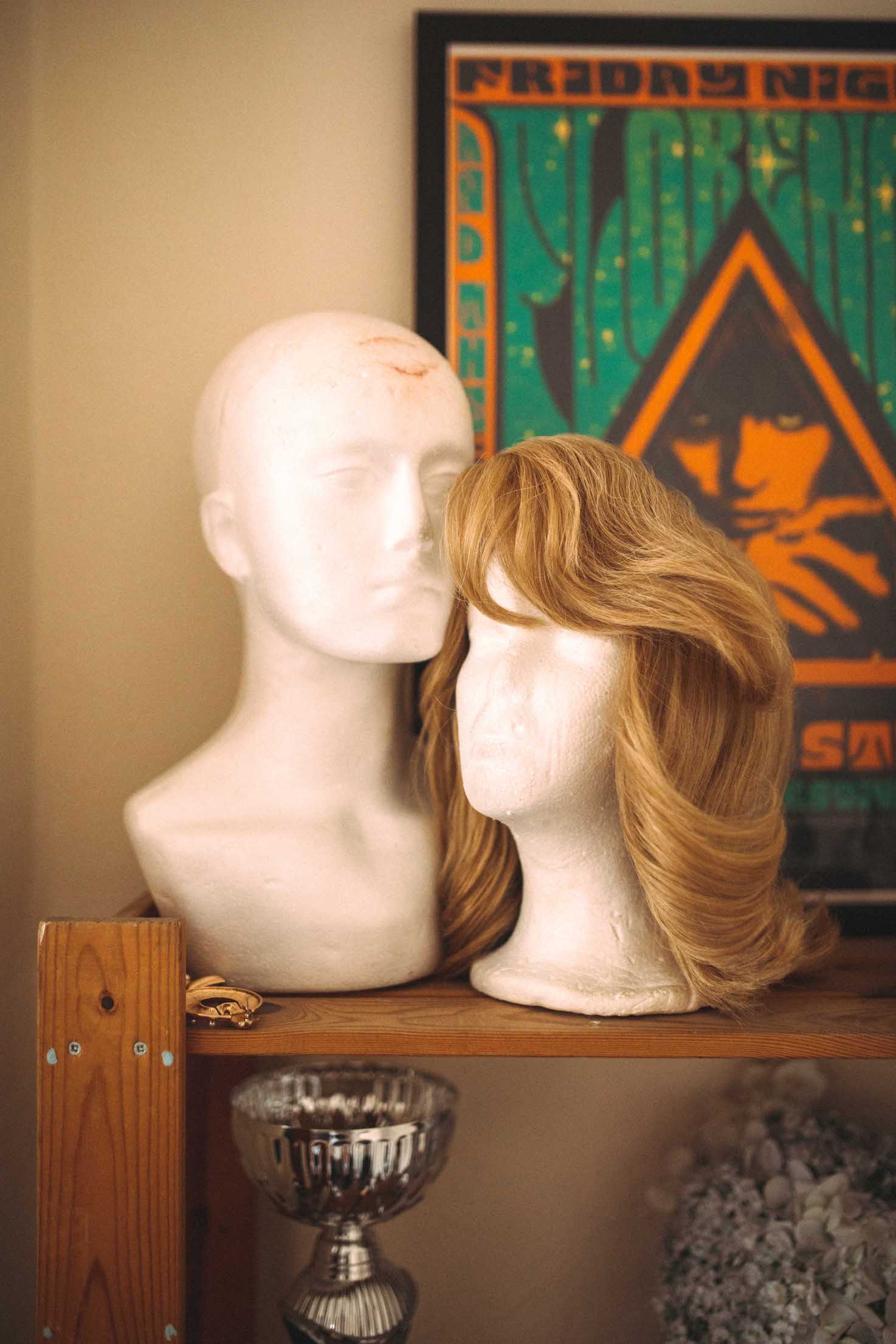 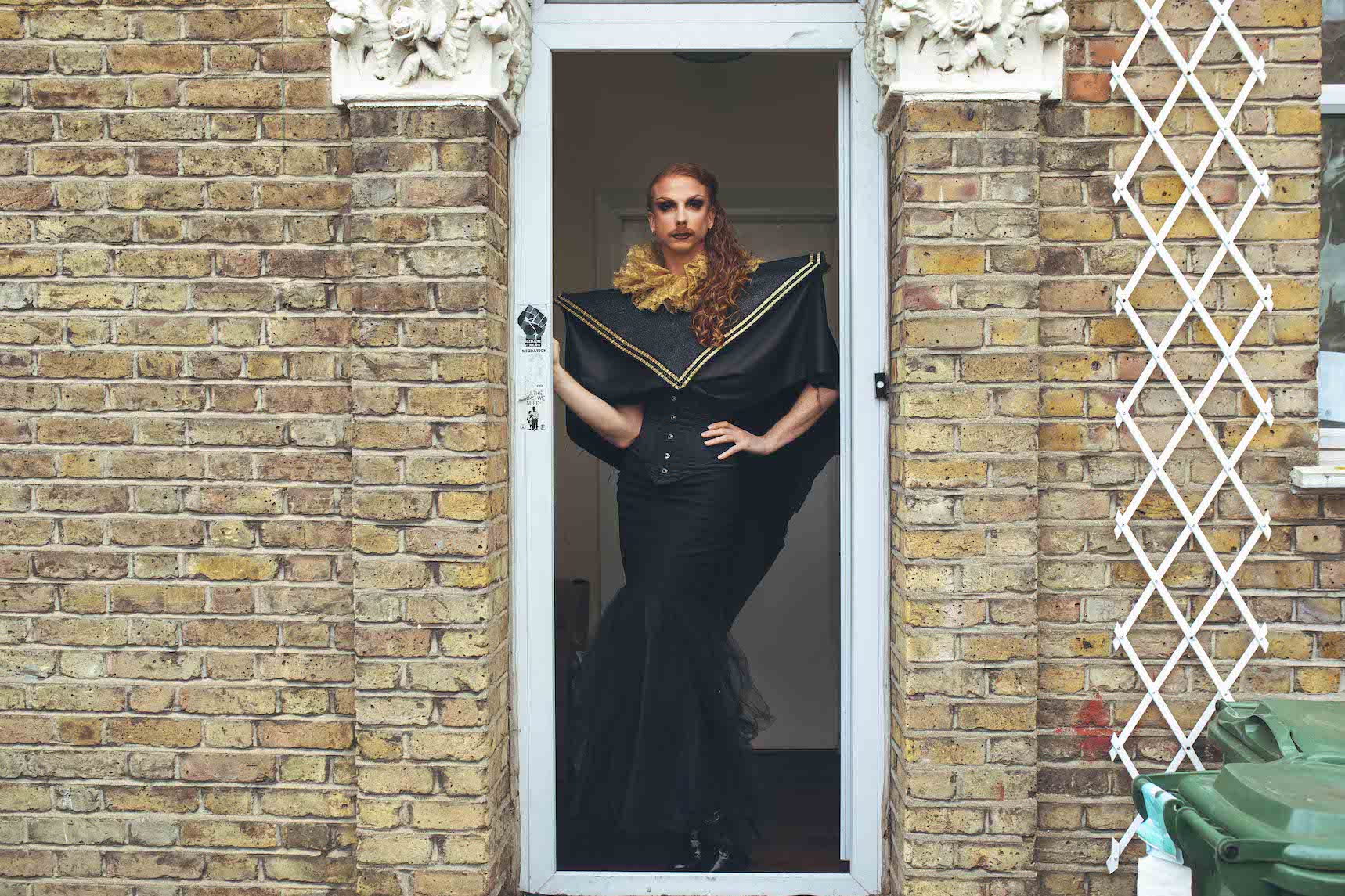 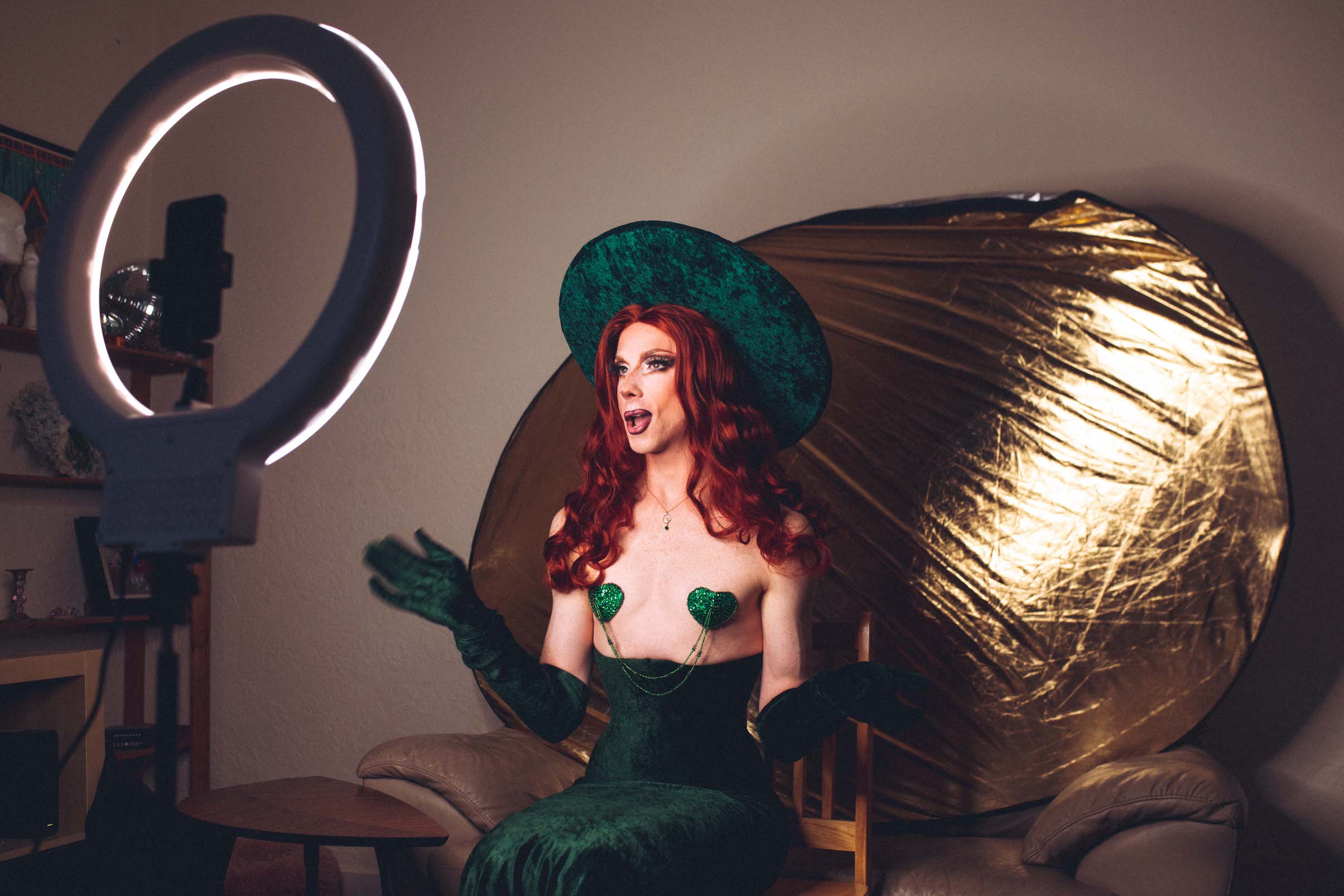 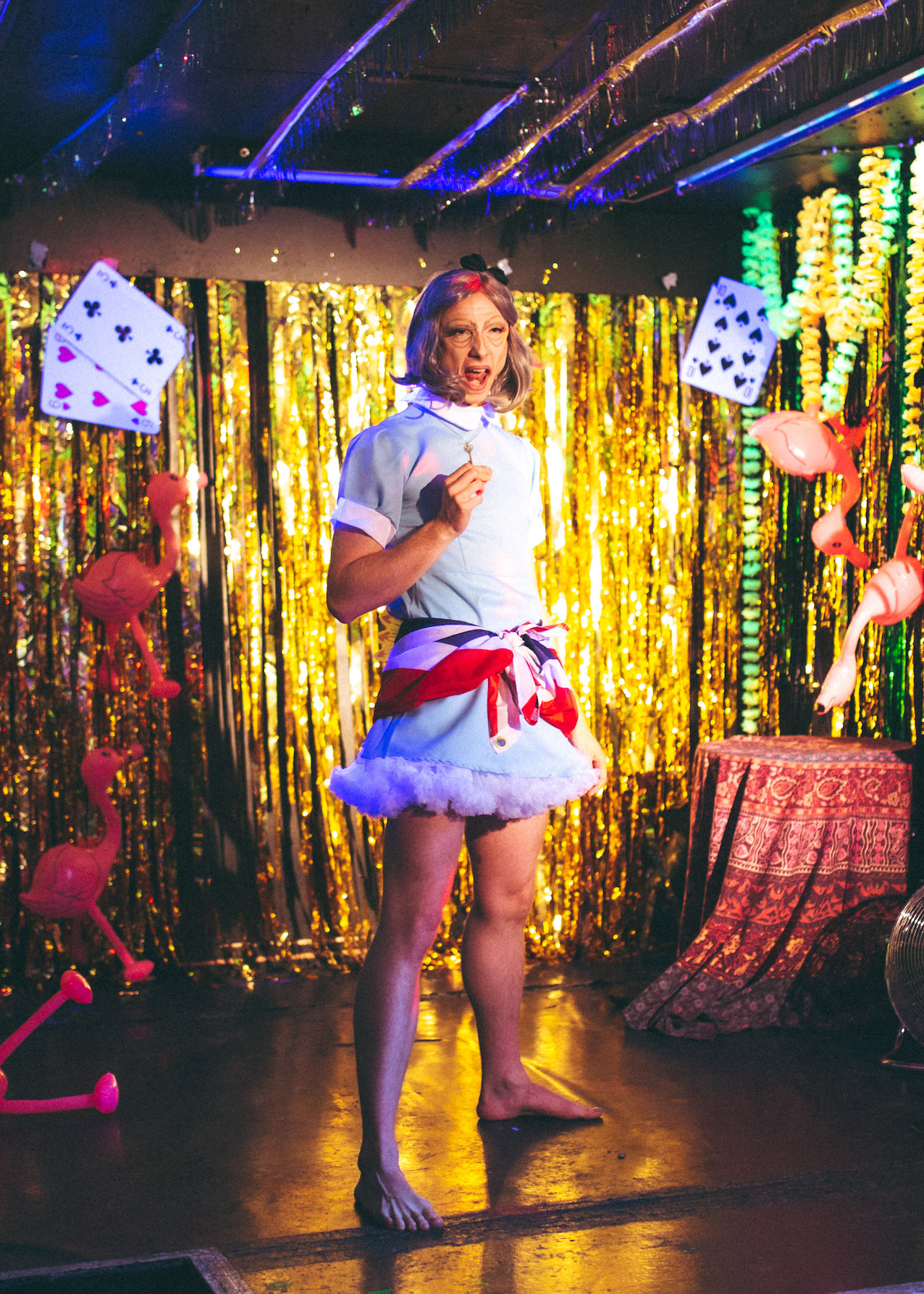 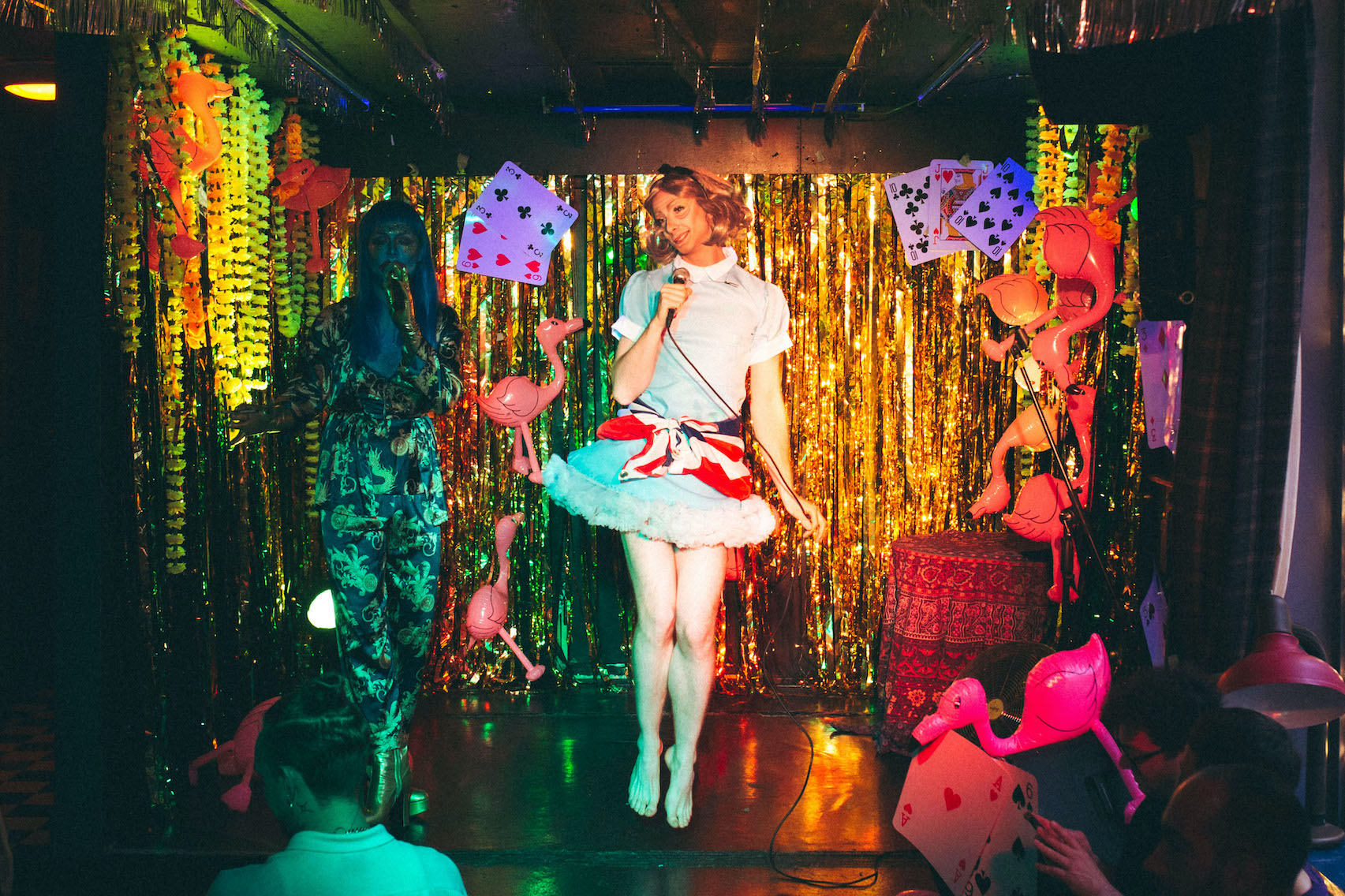 Linkedin
RELATED ARTICLES
OTHER ARTICLES
The action took place in response to the 200 asylum-seeking children who were placed in hotels run by the Home Office who have gone missing.
Following the release of his debut single, Deyaz talks battling addiction, dealing with his struggles through music, and building a budding music career from his living room.
David 'Dee' Delgado’s photo project is about honouring and uplifting the city of his youth, and a world rapidly disappearing under the relentless onslaught of gentrification.
A recent High Court ruling against the right to wild camp in Dartmoor National Park sparked the largest land protest in history – and campaigners say their fight is not over yet.
A new law change is enabling Britain’s donor-conceived children to know the truth about their origins – but campaigners say the fertility industry must do more to protect people.
Filmmaker Laura Poitras discusses her new documentary which traces the remarkable life of the artist-activist and the impact of her battle against the US opioid crisis.