Art & Culture / Are France’s suburbs a breeding ground for extremism? 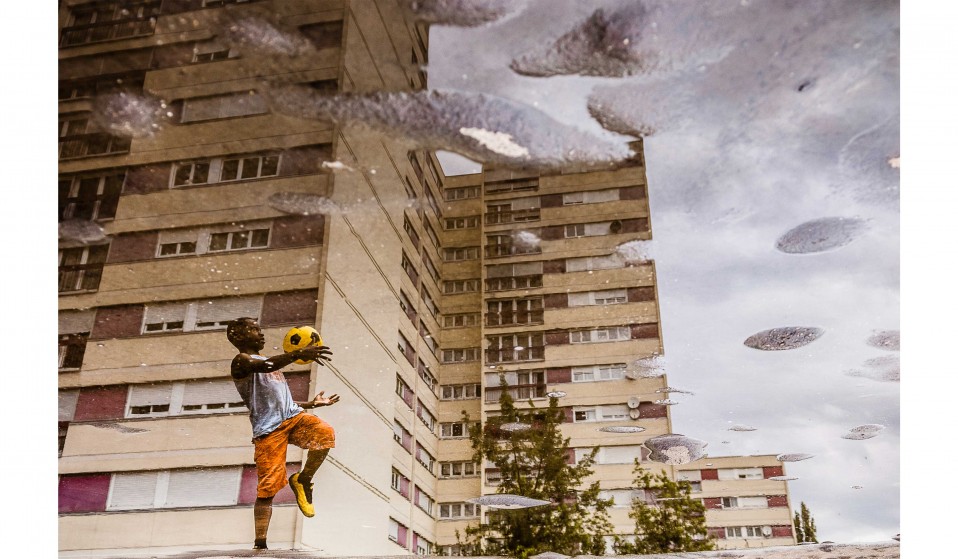 “A territorial, social, ethnic apartheid has spread across our country,” French prime minister Manuel Valls declared on Tuesday. He argued that successive governments had relegated immigrants and the poor to ghetto-like suburbs. They had failed to understand the causes of the 2005 riots that erupted in the Parisian suburb of Clichy-sous-Bois before spreading across France, which were, in part, a response to this marginalisation. After it was revealed that the Charlie Hebdo attackers came from some of France’s most deprived neighbourhoods, where many Muslims from North African backgrounds live, other commentators have gone further and labelled the cités as breeding grounds for extremism.

France’s grittier banlieues (suburbs) are known as cités (ghettos) and growing up there is tough. Many residents are first or second generation immigrants and young people often have to grapple with poverty and exclusion while trying to balance their heritage with their French identities. They receive few of the opportunities that kids in richer areas do, yet much like British council estates and the projects in the US, the cités are melting pots of cultural invention: from rap to street art to activism. This article highlights the inspiring creativity that often lives unappreciated in the suburbs, but to put the situation in perspective, we spoke to Marie-Madeleine Bertucci, professor of sociolinguistics at Université de Cergy-Pontoise, who researches slang and plurilingual youth in the banlieues.

“There is a deep divide between these young people and ‘mainstream’ French society,” Marie explains. “The youth of the cités strongly feel injustice and social exclusion and they find this situation very unfair.”

In theory, every French citizen shares the same entitlement to ‘Liberty, Equality and Fraternity’. In practice, this official colour-blindness results in a reluctance to acknowledge that discrimination exists and a lack of initiatives that support minority communities to integrate socially and economically. 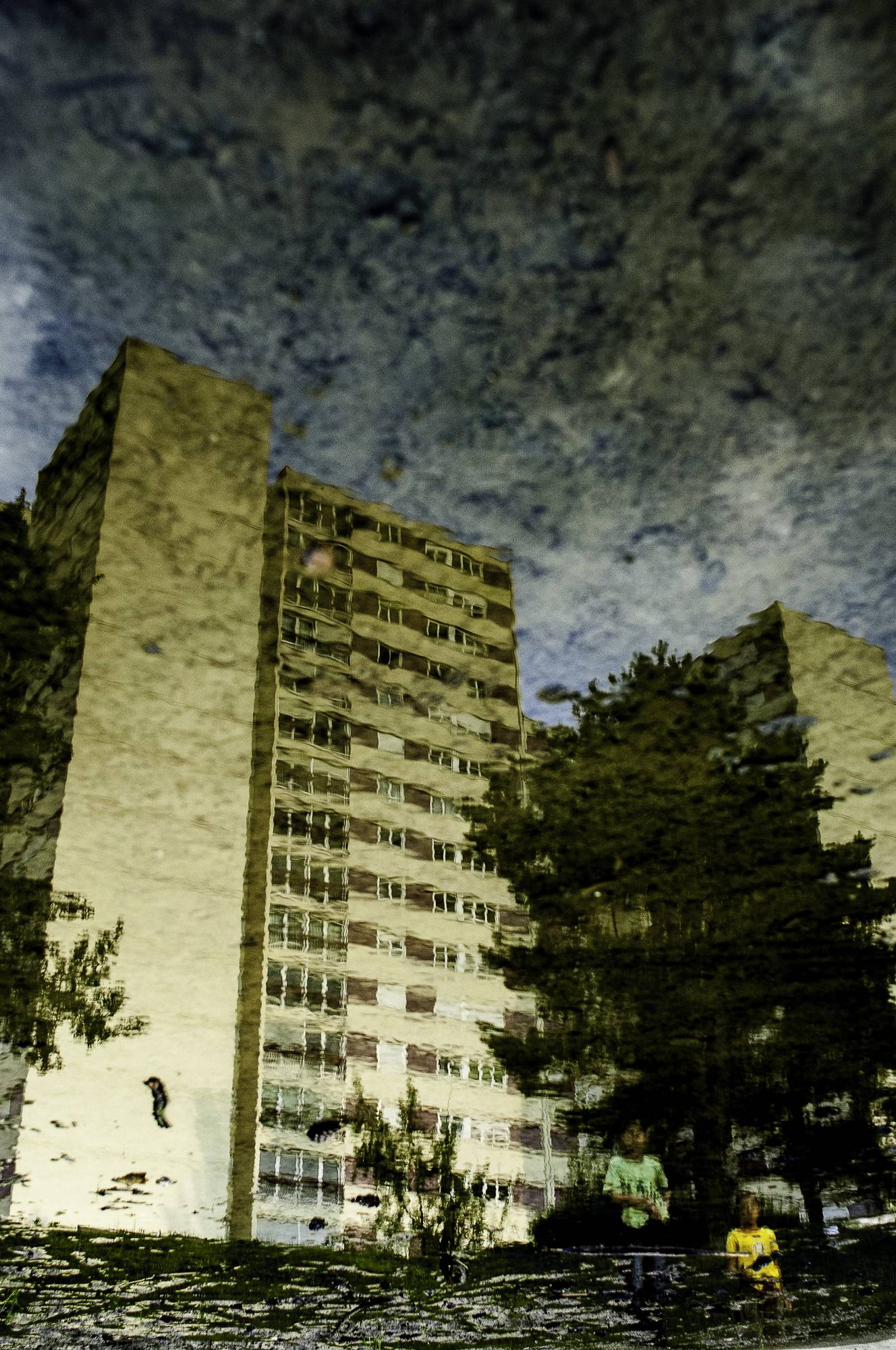 From the Reflexion series by Oualid Salem

“Social injustice and inequality can be seen on many levels, particularly at school,” Marie says. “Unemployment is the most important difficulty that young people living in the cités are faced with and officially it runs at 45%. The second major problem is the enclosure in the cités, which contributes to the feeling of segregation. This can fuel identity conflicts for young people, who often withdraw to their peer groups.”

Social division is highly visible in many French cities, such as Paris, where the Périphérique ring-road forms a physical and mental barrier between the affluent city-centre and deprived suburbs. Centres are mainly white, while the suburbs are black and brown.

“There is very little space for the expression of migrants’ cultural and linguistic diversity at school or in public life,” Marie explains. “So they feel illegitimate and they withdraw to identity values like religion. This can result in opposition to western society and its historical, political and cultural values.”

In response to their rejection, youth from the cités often turn inward and create their own alternative cultures – their own slang, their own music, their own style of dress, etc. Marie stresses how rarely this poses any real threat to the rest of society, yet distancing and outbreaks of violence, such as the riots, contribute to the mainstream’s increasingly negative picture of these young people. “This impression masks the complexity of the situation,” Marie says. “It simplifies and homogenises it.”

To challenge the negative stereotyping of France’s forgotten youth, here are Huck’s favourite examples creativity bursting out of the cités.

Paste-up artist JR challenged the negative stereotyping of ghetto kids and their social exclusion by pasting up posters of their smiling faces around some of Paris’ most exclusive districts.

Salem St. is a homegrown skate brand from the suburbs of Mulhouse in eastern France. Legend has it that after a Circa tour to Barcelona in 2001, Tom Penny was travelling through France by train when he was robbed. He was stranded in Mulhouse with no money before being taken in by local skaters from the estates who introduced him to the local gangster rap and made him one of their own. Penny maintained a strong connection, going back many times and mentoring them to get their Salem St. off the ground. Check out their first edit, shot in Mulhouse, Paris and Barcelona.

Founded in 1992, La Brigade are OGs of the French rap scene. They’ve been imitated many times but few have managed to equal their powerful combination of dope beats, sophisticated wordplay and burning social critique. 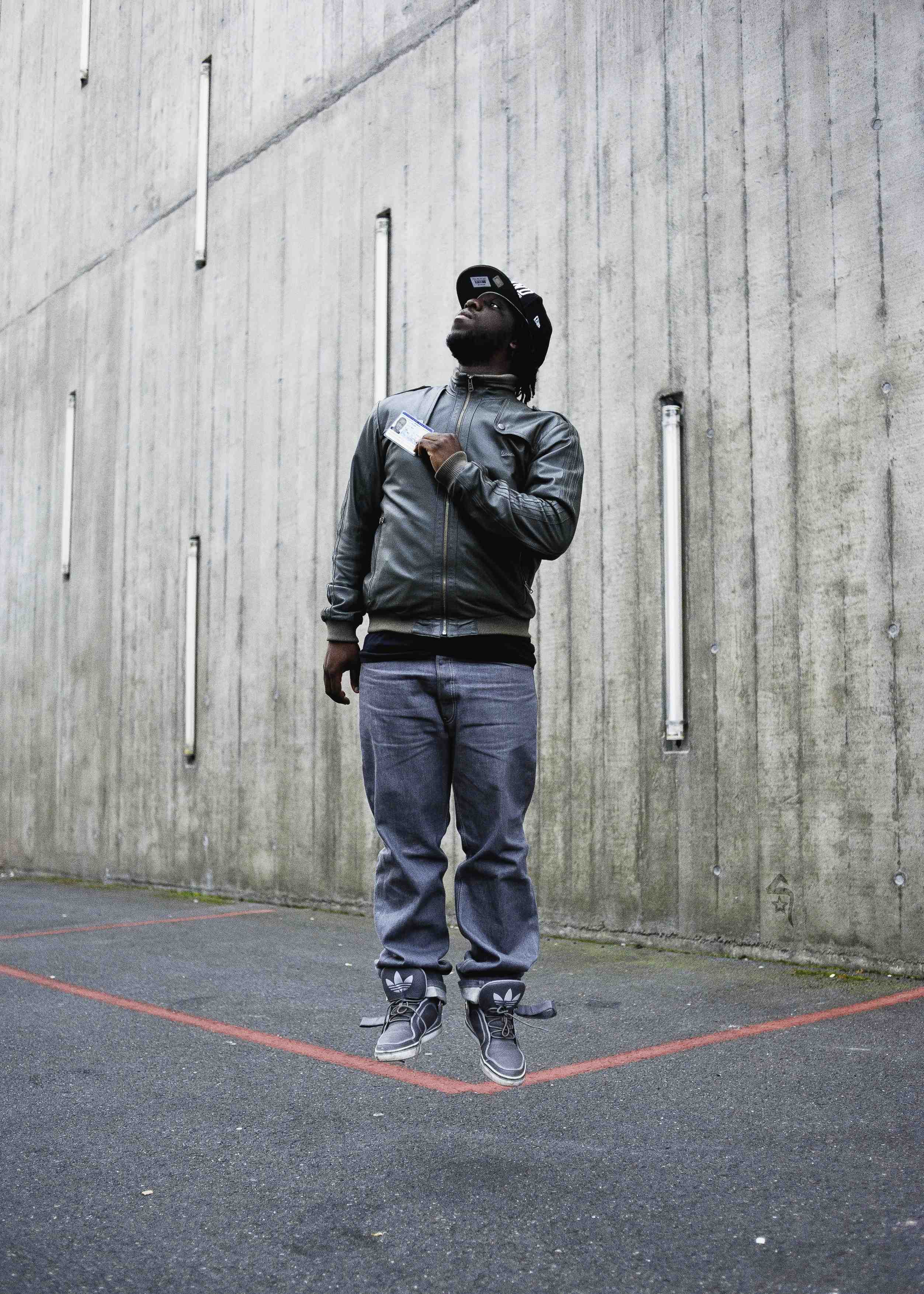 The multi-talented Oualid Salem shot over 300 people for his project Droit de Sol (Right of Soil), including footballers, film stars, rappers and musicians. It challenges racism, discrimination and the idea of borders by showing the highly diverse range of subjects floating above ground, unconstrained by material boundaries, with many clutching their national identity cards that demonstrate their legal right to belong in France. 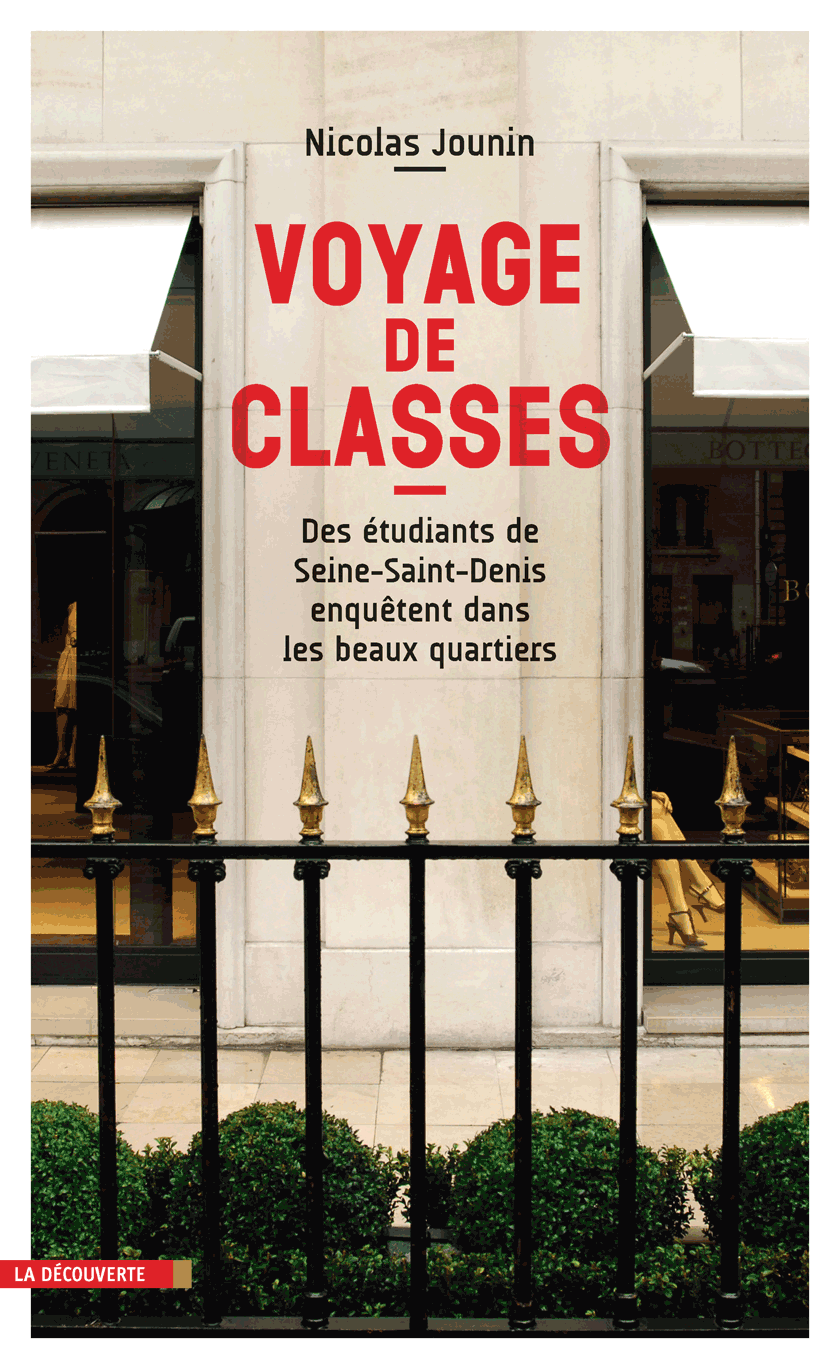 In Voyage de Classes, Radical sociologist Nicolas Jounin subverted the social exclusion of students from Seine-Saint-Denis by tasking them to carry out an anthropological study of France’s most privileged neighbourhoods. Their incursions into well-to-do society were often met with bafflement and hostility despite them living just 30 minutes away by Metro. But their perspective shone a light on the the absurdities of elite life, such as arranged marriages and eccentric rituals. 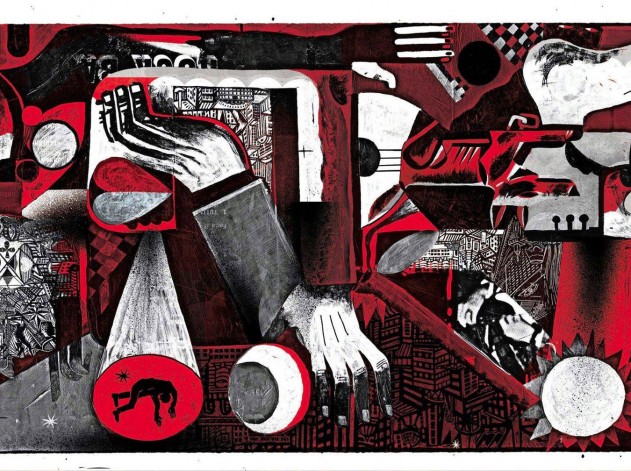 Kery James is a Muslim French rapper born in the West Indies to Haitian parents. He often highlights the chasm between France’s lofty ideals and the experience for its immigrant population, such as in this track, Lettre à la République (Letter to the Republic). 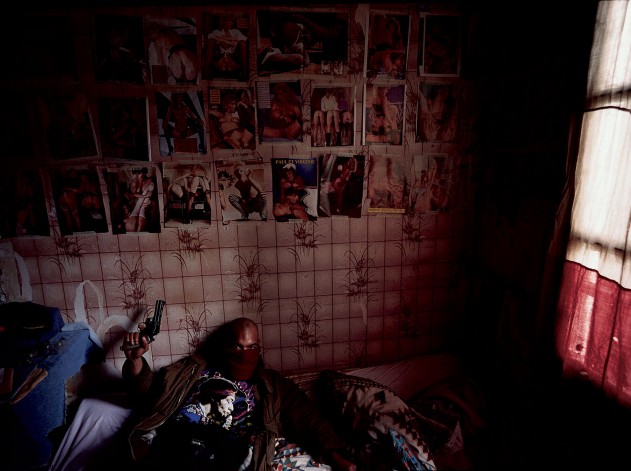 Guy Georges in his bedroom in the Saint-Sauveur squat, April, 1995. © Yan Morvan

Influential documentary photographer Yan Morvan documented gangs in France’s suburbs over four decades by fully immersing himself in their culture. This came to an end when he got too close and was taken hostage by serial killer Guy Georges in 1995 but he released Gangs Story, a retrospective of his work in 2000.

Rocé is an Algerian-born politically conscious rapper and activist who spoke out against the opportunism of the politicians who joined the Sunday march after the Charlie Hebdo attacks in Paris. He is also the son of Adolfo Kaminsky who forged documents for the French Resistance then went on to support the anti-colonialist struggle in Algeria after WWII.

Paris Luttes is the online meeting place for activists concerned with the conflicts in the Paris suburbs. It’s the place to trade ideas, share struggles and unite against oppression by the authorities and police.

IAM from Marseille reflect the cultural fusions that goes down when people from different backgrounds come together as they mix heavy beats, French samples and lyrics that draw on Middle Eastern and African influences, particularly Ancient Egypt.

Linkedin
RELATED ARTICLES
OTHER ARTICLES
Photographer Sean Maung reflects on documenting a small town in Pennsylvania afflicted by high levels of unemployment, poverty, violence, crime, and addiction.
From snake handlers to mardi-gras revellers, Tom “TBow” Bowden’s photos provide a snapshot of the wonderful and weird people who make up America.
Mass crustacean die-offs in the North East have led a community of fishermen to take action to save their seas.
After fleeing the war in Ukraine, people are finding it impossible to secure affordable and decent housing in the UK.
The first-generation graffiti artist reflects on the tagging’s emergence as an art form and the players who pushed the medium forward.
David 'Dee' Delgado’s photo project is about honouring and uplifting the city of his youth, and a world rapidly disappearing under the relentless onslaught of gentrification.