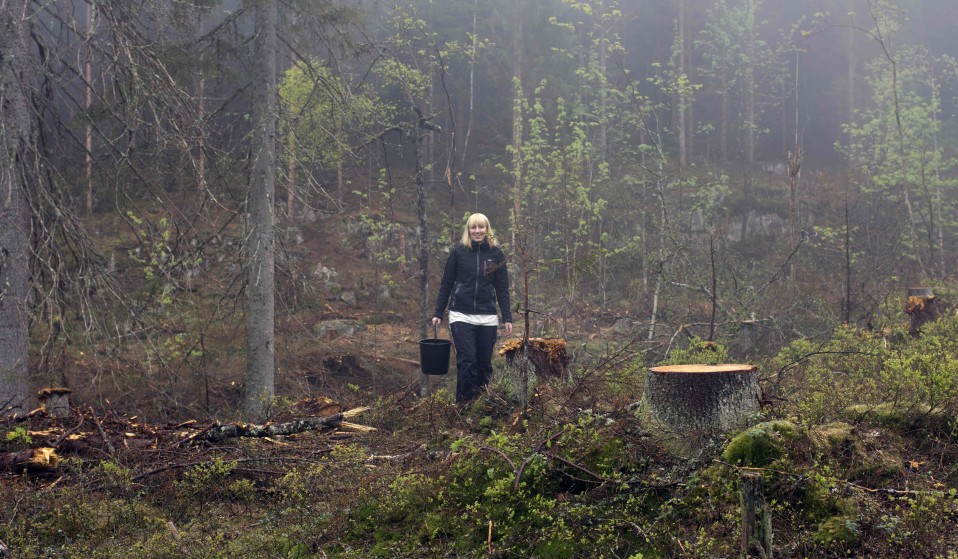 The stories in Katie Paterson's latest art project are destined to be read after the authors are long gone.

Our lives are temporary, a few short years spent roaming the planet is our lot. It's the what we produce however, the fruits of a lifetime, that we hope will endure. This isn't always a given, but the stories in Katie Paterson's latest art project are destined to be read after the authors are long gone.

On a misty Norwegian day in 2014, Scottish artist Katie Paterson planted the first seedling of what would become a forest. An overwhelming feeling of pride filled her as her ideas finally took root. Because Katie’s forest – made of 100 Norwegian spruces in the Nordmarka region of Oslo – is both a physical and conceptual one. Each seed represents a future book that will be printed onto paper made from the fully grown trees in 100 years’ time. “In its essence, Future Library is hopeful,” says Katie, from Berlin where she now lives. “It believes there will be a forest, a book, and a reader in 100 years.” 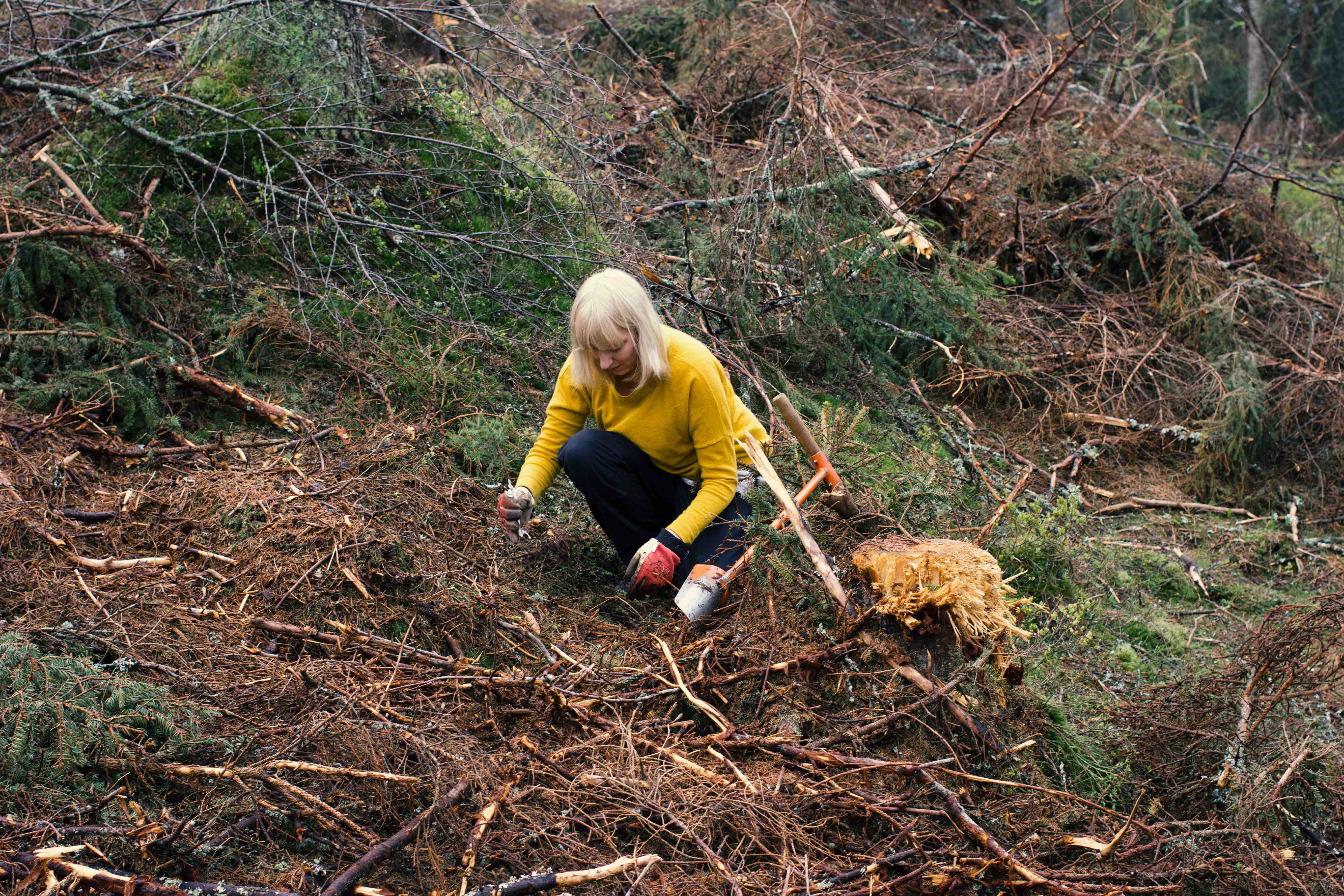 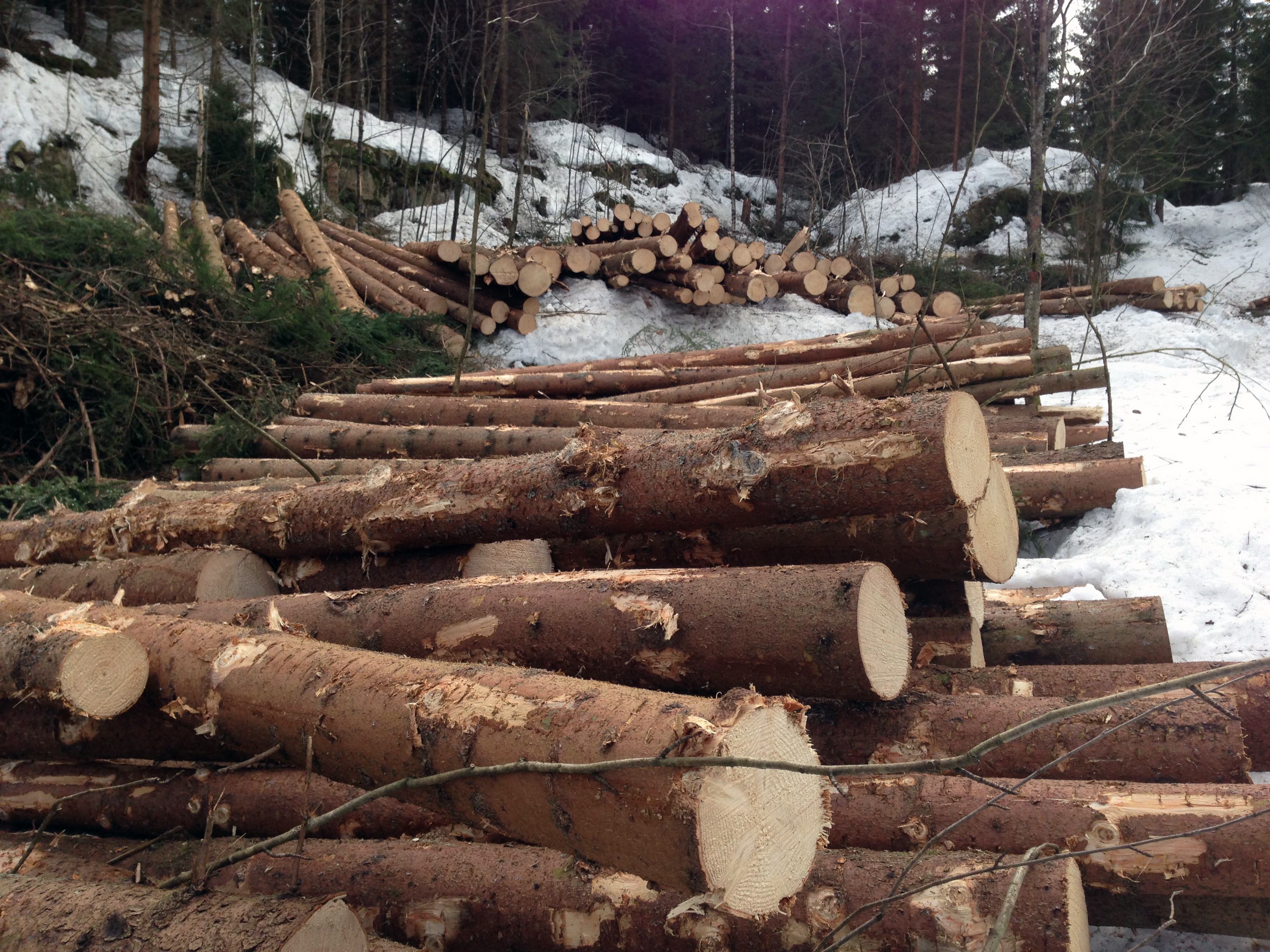 The books will be contributed by 100 different writers – one a year for the duration of the project – which will be held in trust, unread and unpublished, until 2114. The first contributing author is Margaret Atwood, the Booker Prize winner who is admired for her capacity to imagine realistic future worlds. “The authors are being selected for their outstanding contributions to literature or poetry and for their work’s ability to capture the imagination of this and future generations,” explains Katie. “Two key words in our selection process are imagination and time. We are inviting contributions from writers of any age, nationality, of any content, of mixed styles – and in any language.” Atwood may be one of the most popular contemporary authors of our times, but for now she is the only person to have read her latest work. Her manuscript will be placed in the new Deichmanske Public Library opening in 2018 in Bjørvika, Oslo. Intended to be a space of contemplation, this room – designed by Katie and architects Atelier Oslo and Lund Hagem Architects – will be lined with wood from the forest. The authors’ names and titles of their works will be on display, but none of the manuscripts will be available for reading. So is Katie tempted to peek at these tales created for Twenty-Second Century readers? “No. No one at all except the author’s editor, researcher or translator will read the texts, until they are published in 2114.” Future Library is not a directly environmental statement, but ecology, the interconnectedness of things – those living now and still to come – are woven into the project. “The idea to grow trees to print books arose through making a connection with tree rings to chapters – the material nature of paper, pulp and books, and imagining the writer’s thoughts infusing themselves, ‘becoming’ the trees,” says Katie. 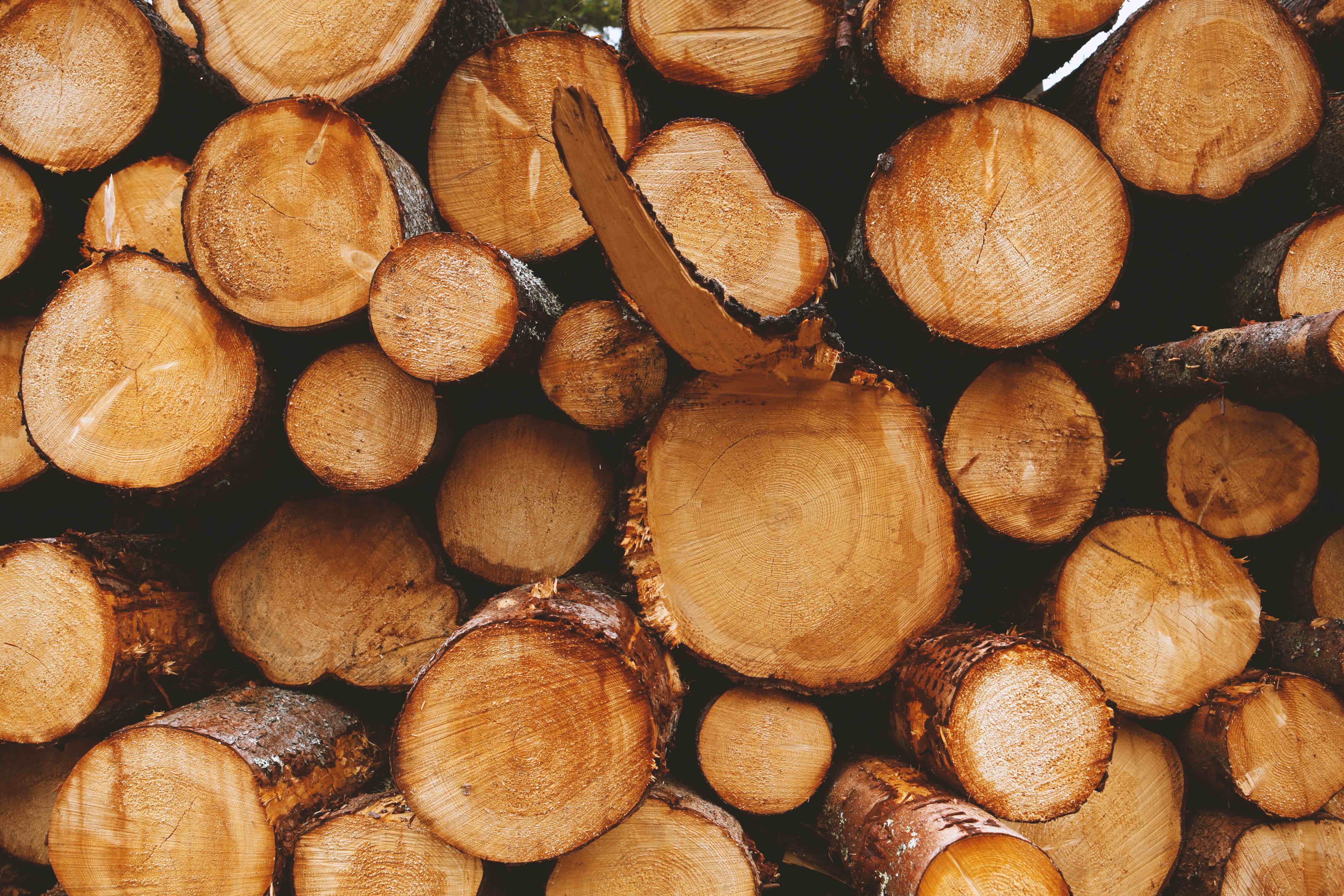 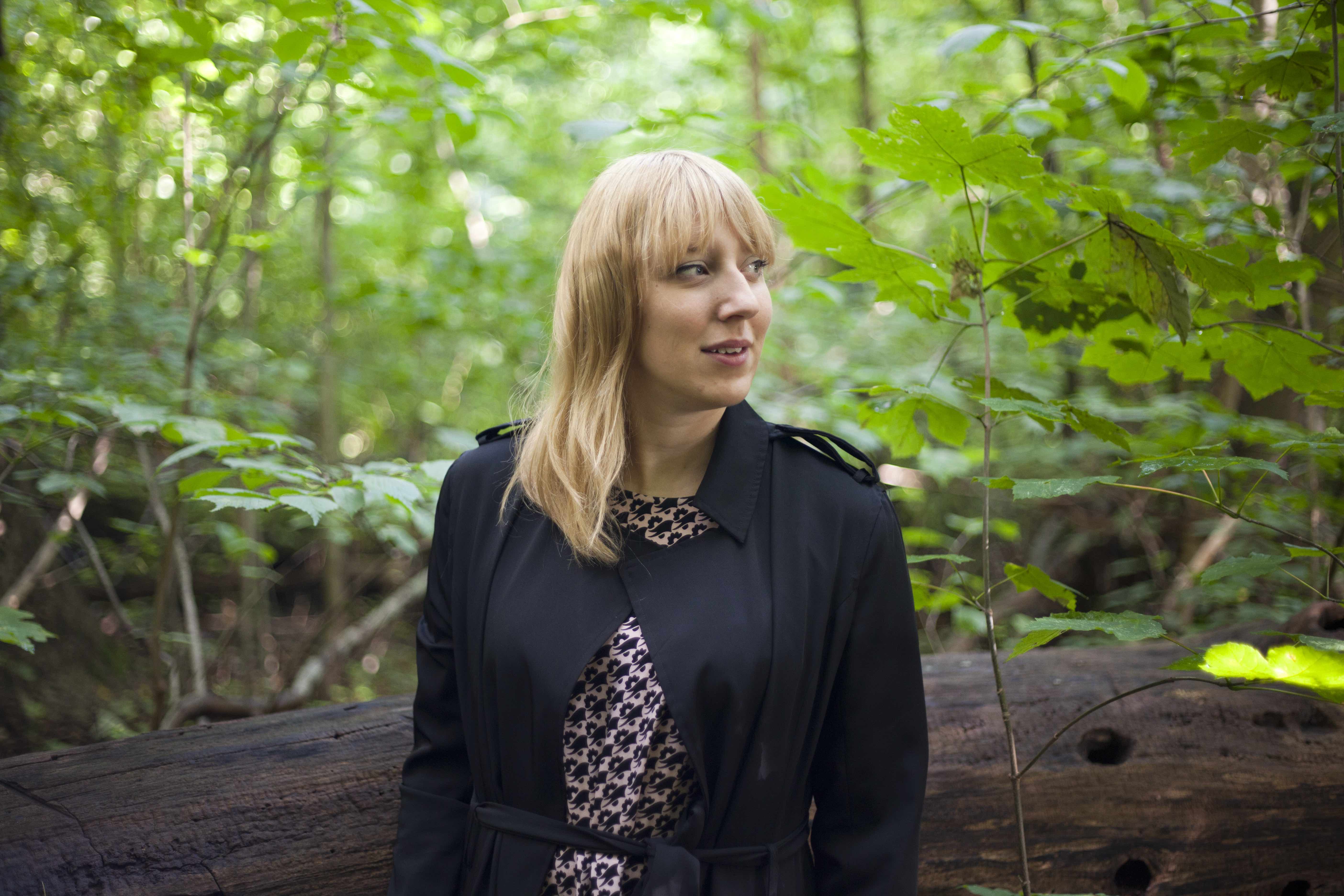 “I wanted the Future Library forest to exist within a larger forest, becoming part of its ecosystem, and becoming, perhaps, more expansive in the imagination. The forest we have planted is situated about a twenty-five minute walk from a metro station in Oslo, yet feels deep within the forest. It has no city sounds.” A visit to Ise Jinju Shinto, a shrine in Japan, inspired Katie along this slow journey. “The shrines have been rebuilt every twenty years for nearly 1,500 years, in the exact original form,” she says. “It’s a process of renewal, which is ancient and new at the same time. The trees for Ise are grown on a special mountain, and given a different significance. They are seen as the spirit itself. Ise comes alive and exists through its many ceremonies and festivals. The unseen needs to be marked to ensure that it is still present.” It may seem like an ambitious project but Katie is no stranger to high-concept work. Previous projects of hers include: Inside this Desert, in which she carved from a grain of sand a far smaller fragment which, stuck to a normal-sized grain, she then deposited somewhere in the Sahara; Earth-Moon-Earth, in which she transmitted Beethoven’s ‘Moonlight Sonata’ in morse-code signals and bounced it off the moon; and Light bulb to Simulate Moonlight, featuring a bare bulb in a darkened gallery and a lifetime’s supply of blue orbs. 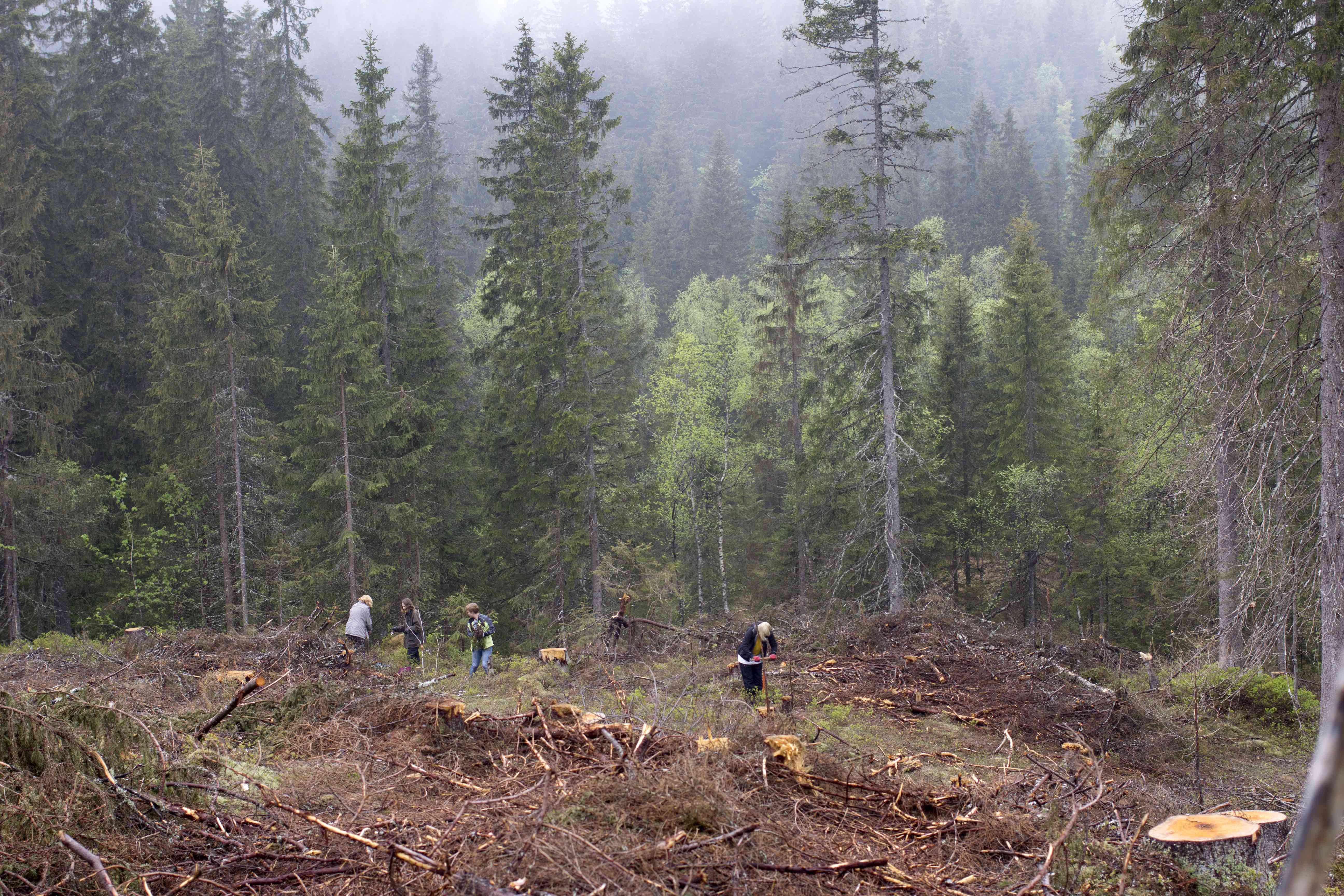 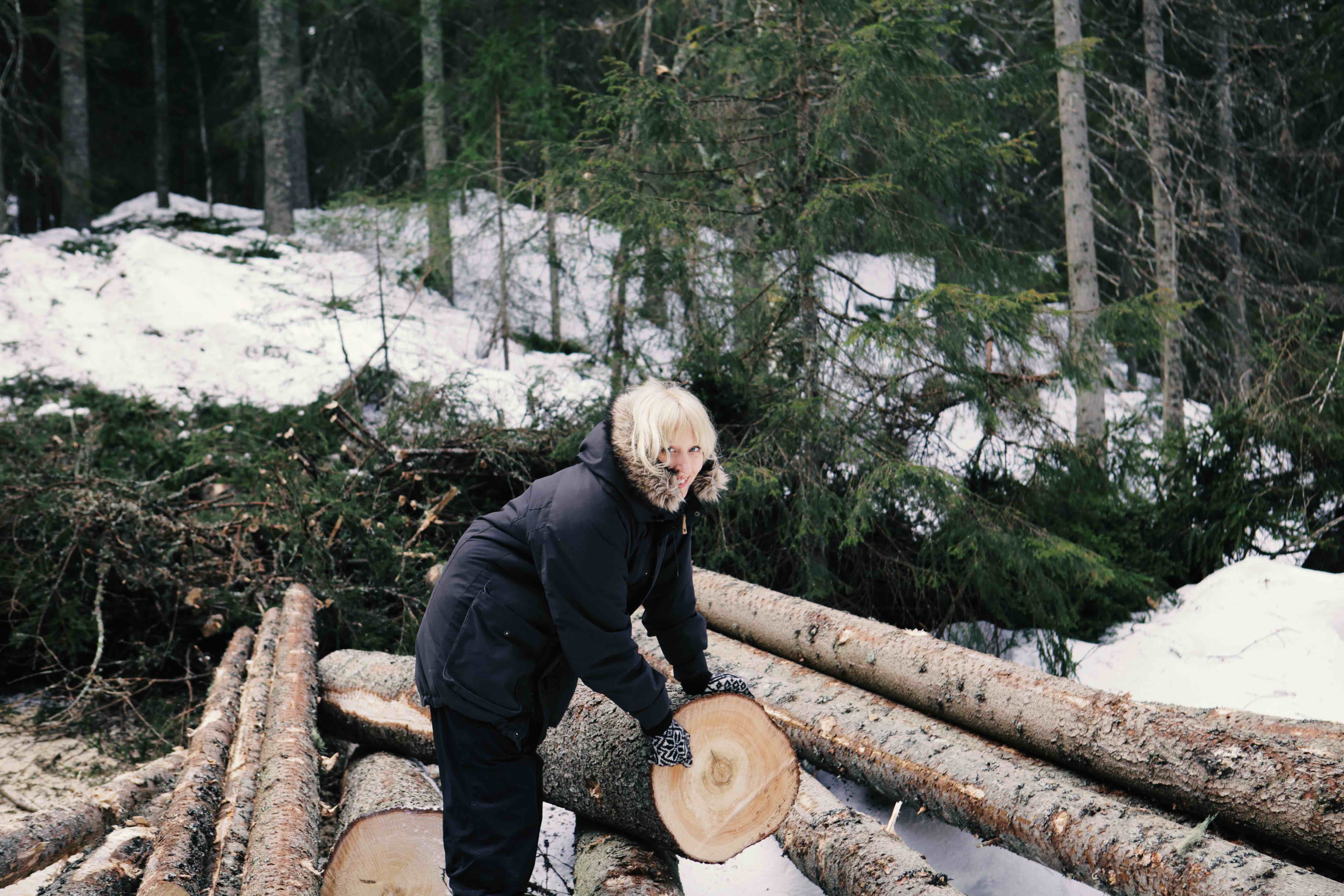 Katie’s art is multi-disciplinary, exploring ideas relating to the landscape, geology, space, time and the cosmos, often using technology to bring together the commonplace and the extraterrestrial. “Future Library connects with my wider practice through its engagement with nature and time – long, slow time. Like much of my practice, Future Library involves an imaginary leap. After several years of preparation, we have launched the project, but really we are only just beginning.” More than anything, Katie’s work reminds us of the bigger picture; that things will continue to survive long after we are all gone. “Future Library will outlive me and most of us alive today,” she says. “It will survive beyond our lives, standing the test of time. It’s an artwork made not only for us now, but for a future generation, in an unknown time and place. Each piece of writing will hold within it something of its own time, own moment, projected into an unknown future.”

Linkedin
RELATED ARTICLES
OTHER ARTICLES
The pro skateboarder withdrew from the 2020 Olympic Games so he could come out as trans. Now, he’s hoping to encourage others to live as their authentic selves – within the sport and beyond.
Taking us through one of the most dynamic years in recent history, Laylah Amatullah Barrayn new photo book contains tender yet confrontational portraits.
A group of aid workers face prison for helping to save people fleeing their homes at sea. If they are charged, it will have a chilling effect on humanitarian efforts.
Photographer Sean Maung reflects on documenting a small town in Pennsylvania afflicted by high levels of unemployment, poverty, violence, crime, and addiction.
From snake handlers to mardi-gras revellers, Tom “TBow” Bowden’s photos provide a snapshot of the wonderful and weird people who make up America.
Jeffrey Henson Scales intimate portraits and protest images of the BPP and its leaders offer a rare insight into organisation at a time of societal upheaval.