Art & Culture / Five real-life ghost towns to creep you out 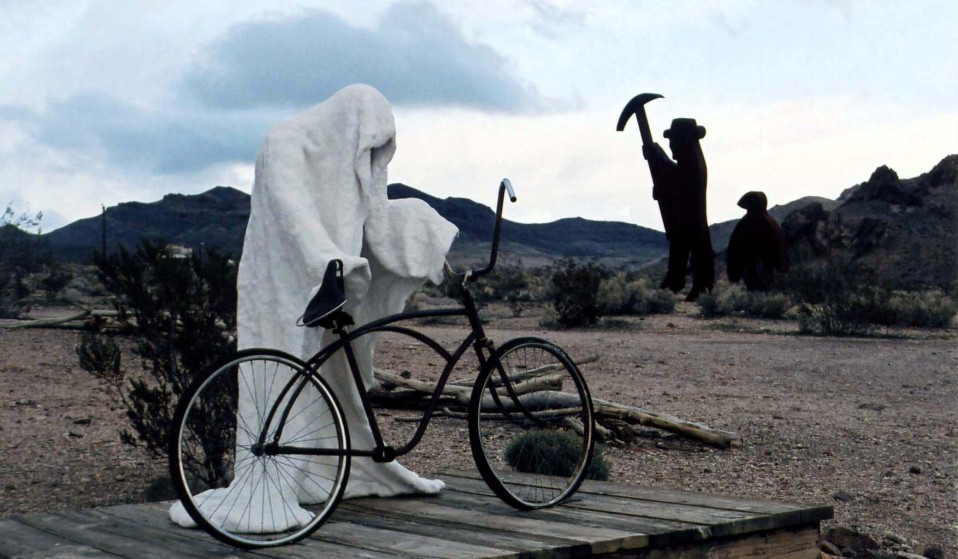 With Wade Shepard's new book Ghost Cities of China providing an insight into the rapid construction and lagging populations of China's new metropolises, we take a look at some of our favourite ghost towns around the world.

With Wade Shepard's new book Ghost Cities of China providing an insight into the rapid construction and lagging populations of China's new metropolises, we take a look at some of our favourite ghost towns around the world.

If history is cyclical and the past can predict the future, we should probably all be a little creeped out by the brave new world we’re stridently marching towards. On every continent – often hundreds of miles away from the metropolises that we consider eternal – monuments to declining industries and the rapid death of ideas still stand, decaying for the sake of practically nobody. Ghost towns pockmark the world map.

It’s the trope of every great zombie movie, a Twilight Zone-style concept to unsettle even the least social person: empty streets, abandoned homes, clear evidence of lives lived before whatever quick buck people were chasing moved location or fell away.

And as a new book by Wade Shepard shows, ghost towns are far from a thing of the past; in fact, in China, they are a defining feature of the present and future.

Diving into that creepiness, then, we’ve gathered together some of the world’s finest abandoned settlements. Think of them as hellish amusement parks: 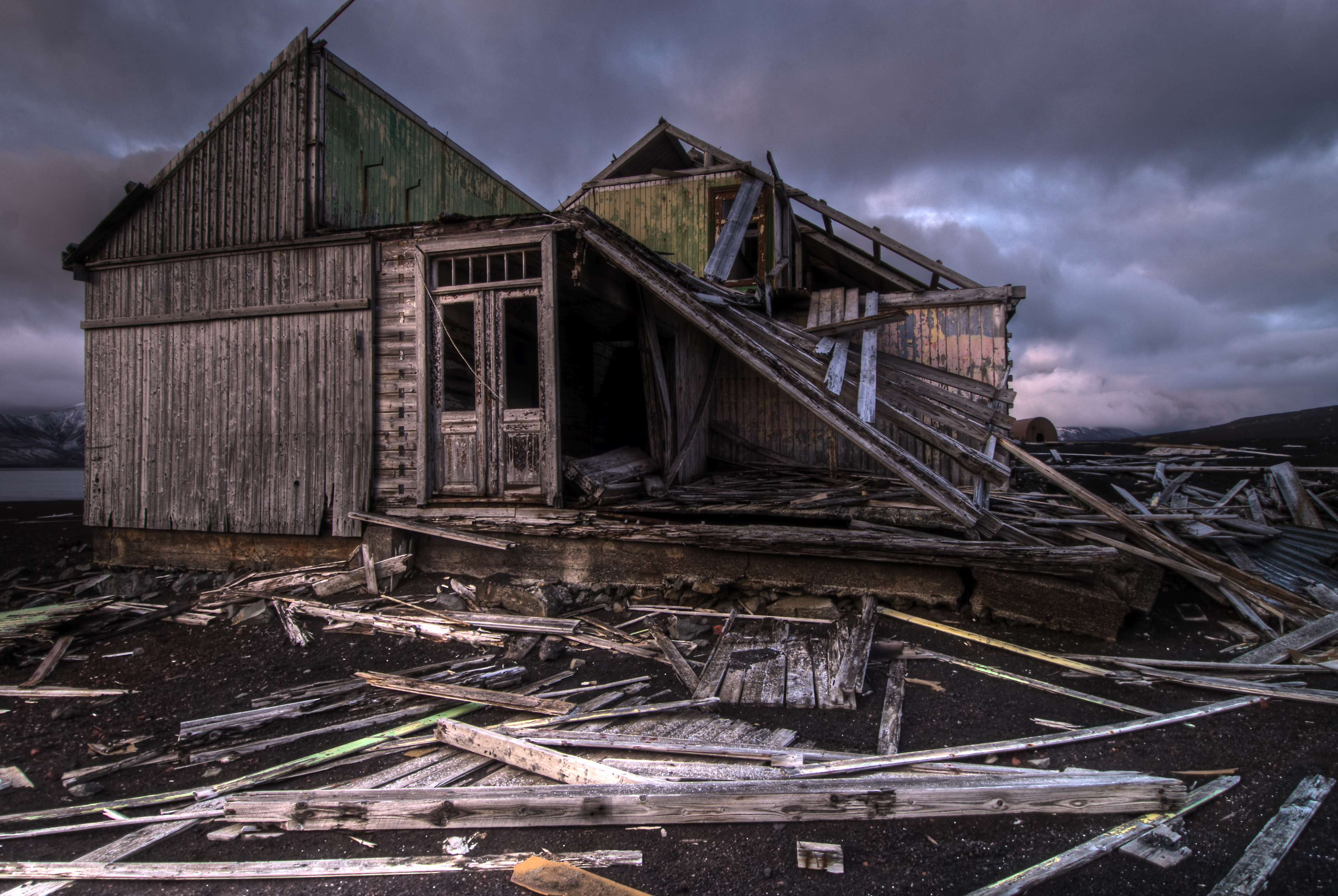 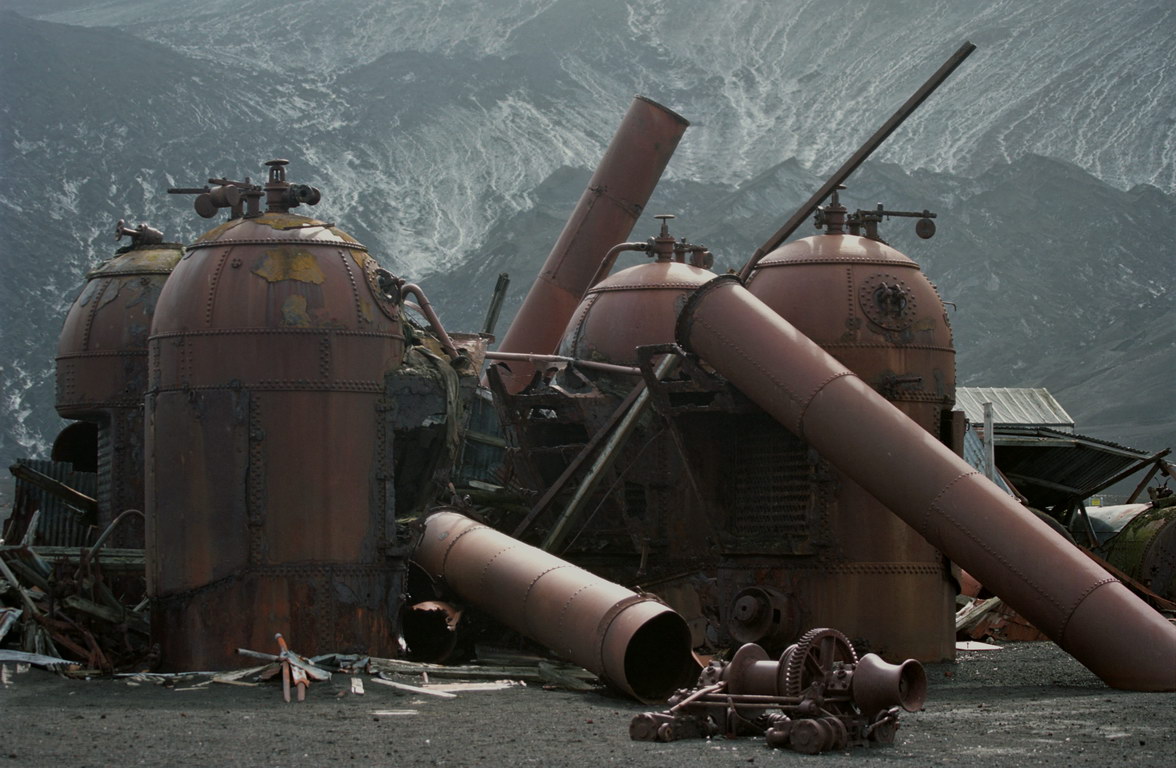 Antarctica doesn’t conjure up images of civilization at the best of times. It seems uninhabitable to all but the hardiest of souls and, even then, the likelihood of anyone choosing the harsh, never-ending winter that the continent necessitates is slim. But, as with many other ghost towns, on the ominously titled Deception Island it was industry that dragged poor souls to edge of the earth, and a dirty industry at that. It was here that one of the largest whaling stations in the world operated and bones of the slaughtered animals – along with the vats in which their fat was boiled – still litter parts of the island today. It’s now a tourist destination in its own right, a fact that possesses a darkness all of its own. 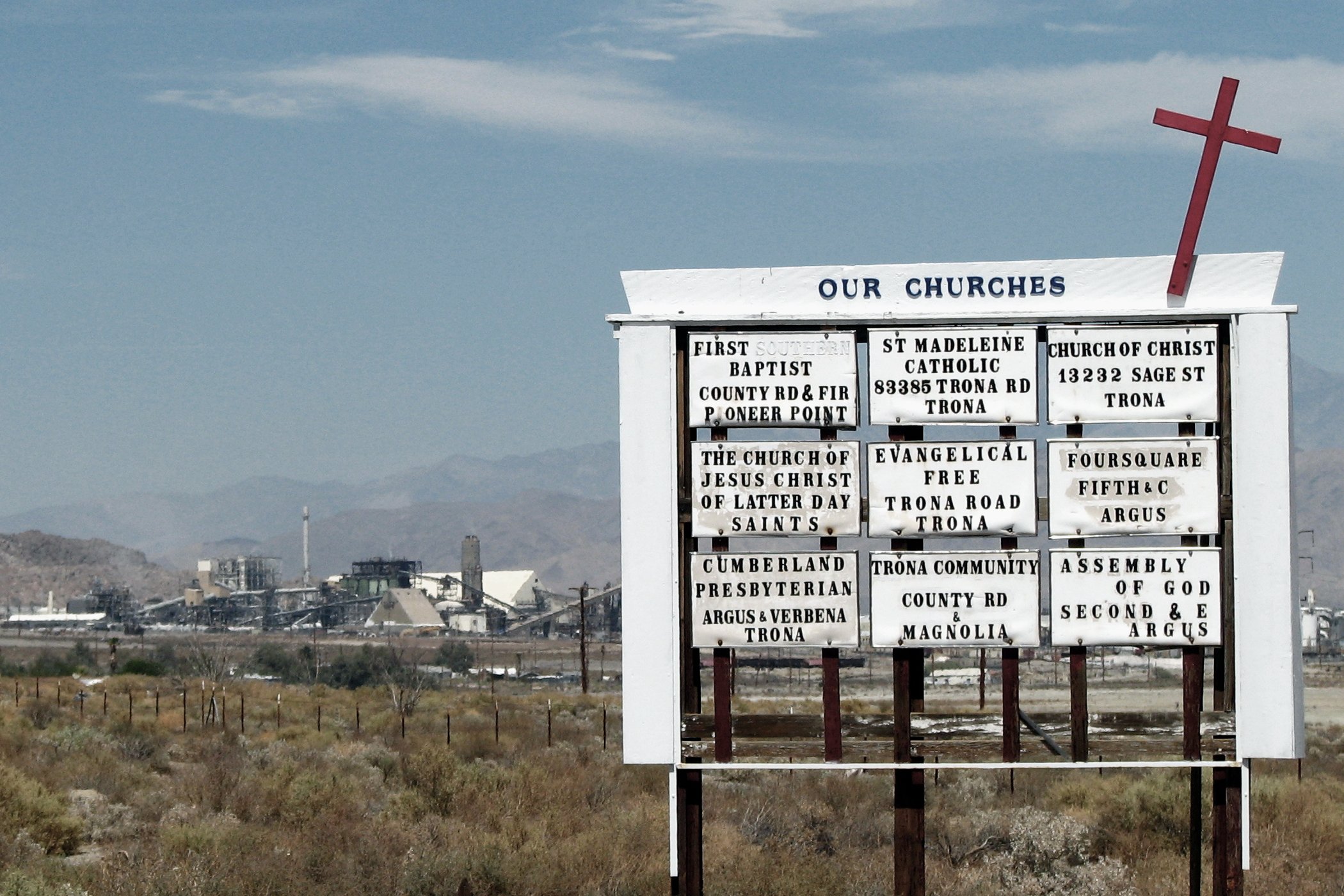 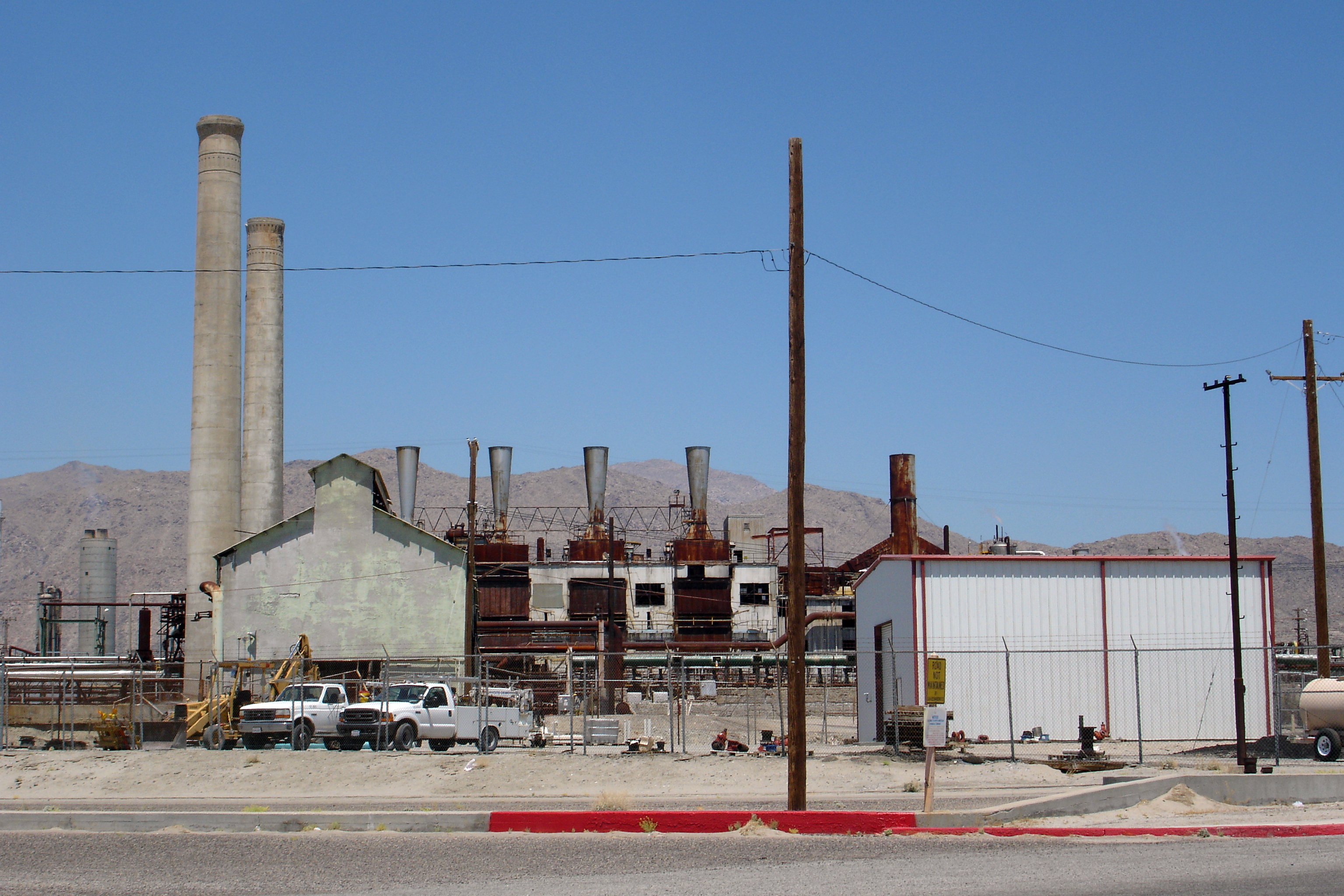 California is littered with ghost towns, relics from the Old West, hangovers from the Gold Rush, entirely abandoned and uninhabited. They’re all creepy, but after a while it’s just one depressing dwelling after another. Trona, on the other hand, is an exceptionally disturbing place. Still inhabited by over 1,000 people, many of whom are employed by the Searles Valley Mineral Company, its endless industrial peaks reach out over the desert ground like a dystopian landscape. Its high school plays its games on a dirt field and its golf course’s ‘greens’ are just a softer kind of dirt. It’s a ghost town that’s still inhabited, and its all the more disturbing for it. 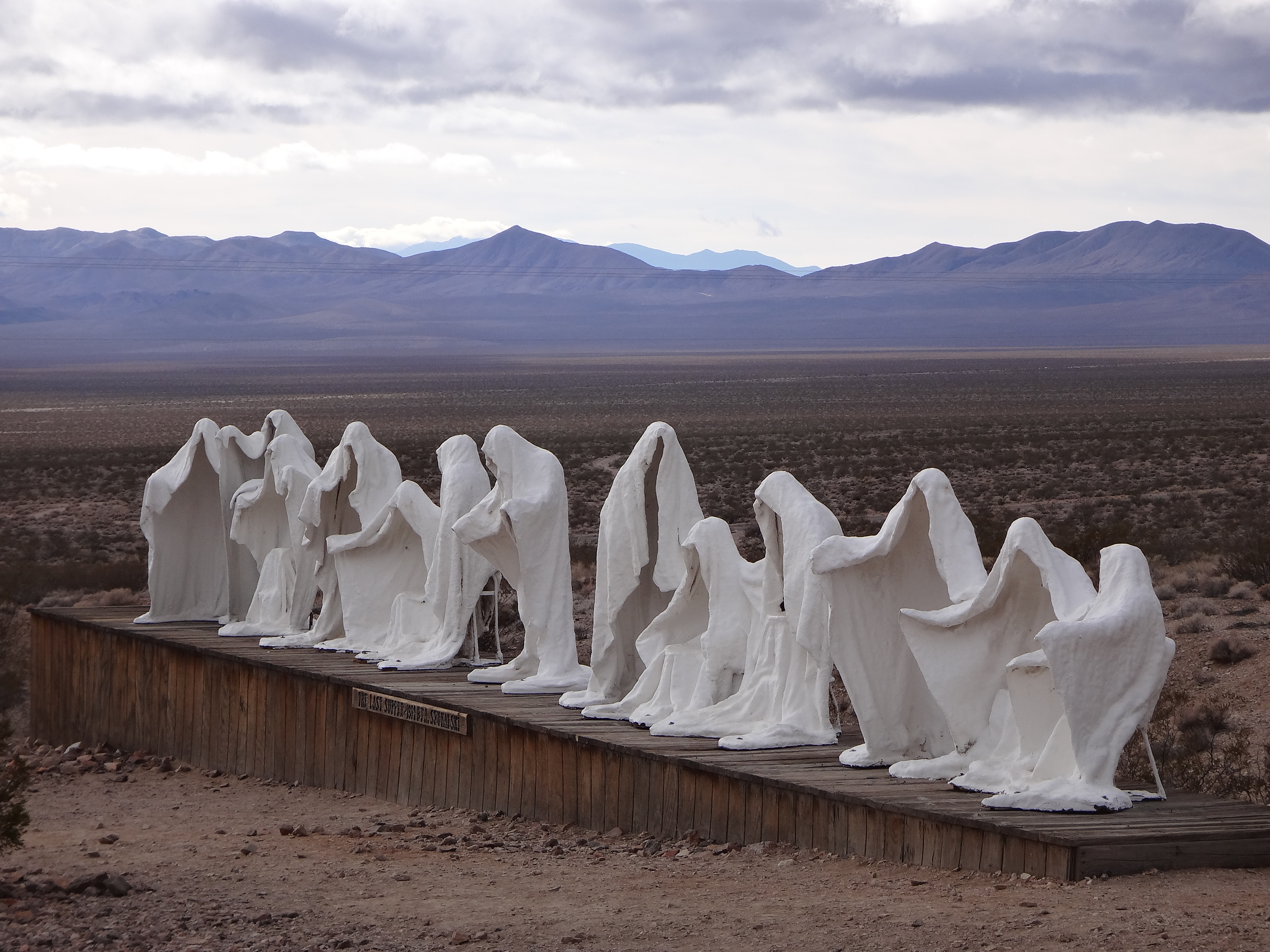 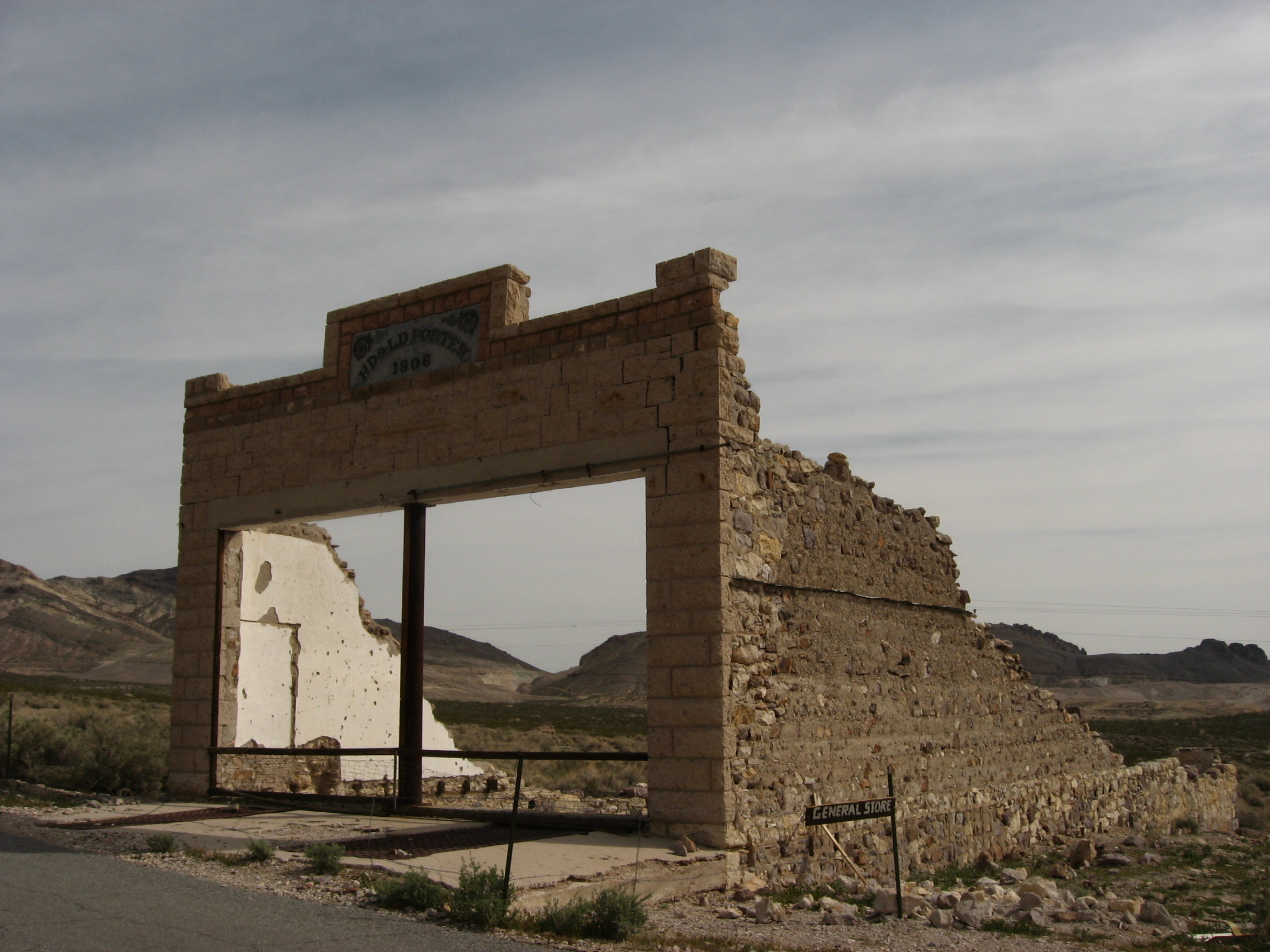 Rhyolite appears, at first glance, to be just another one of those ghost towns that litter the Death Valley desert, but stop off for 20 minutes in a car, even in broad daylight, and it’s clear very quickly that there’s something more sinister to it. The town hosts the Goldwell Open Air Museum, a stark realization of the concept of a ‘ghost’ town, and an attempt to preserve the legacy of Albert Szukalski who died in 2000. The sheeted, ghostly statues lined up in the town are beautiful and stirring in their way, but no less disturbing for it, particularly given their incongruous backdrop. 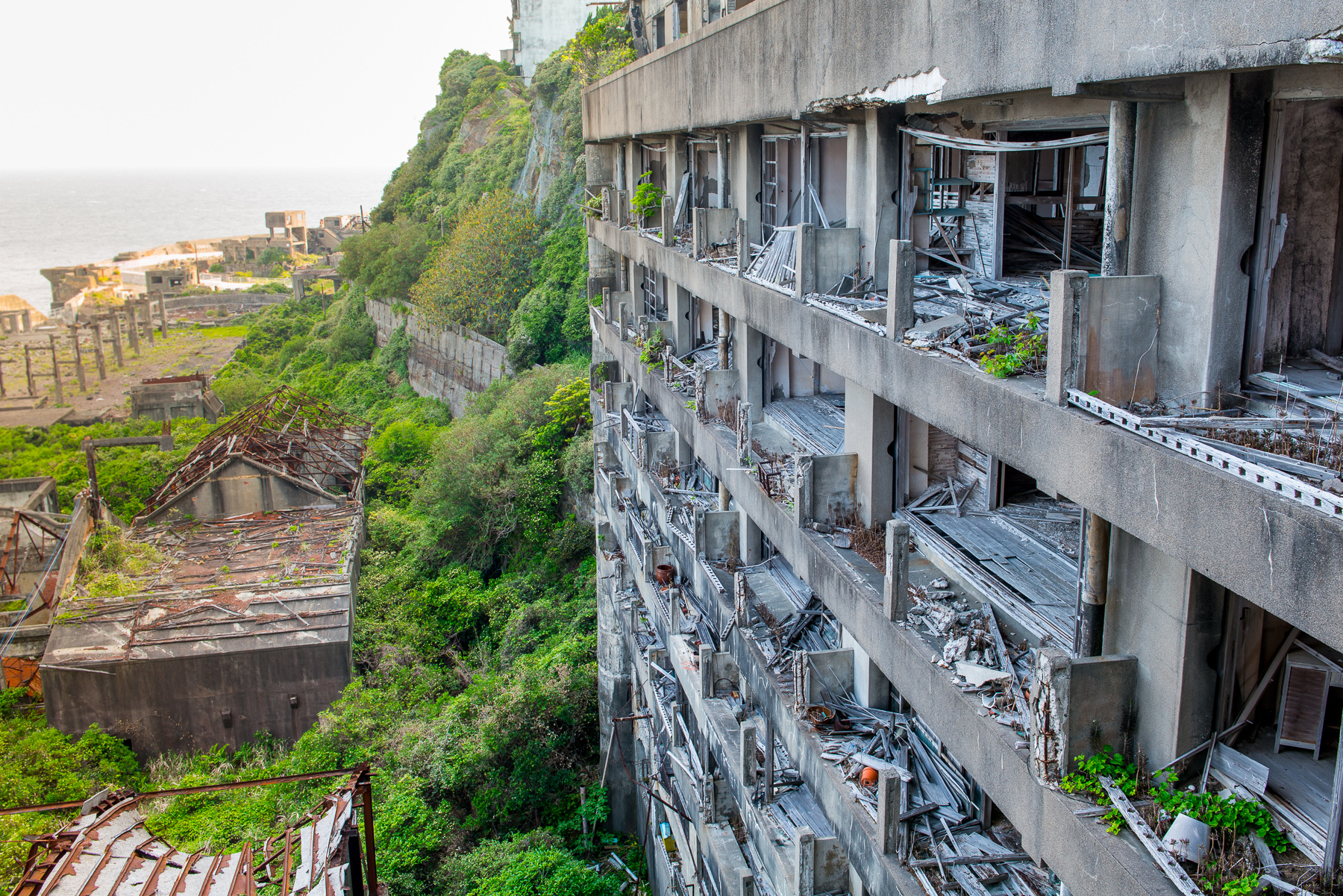 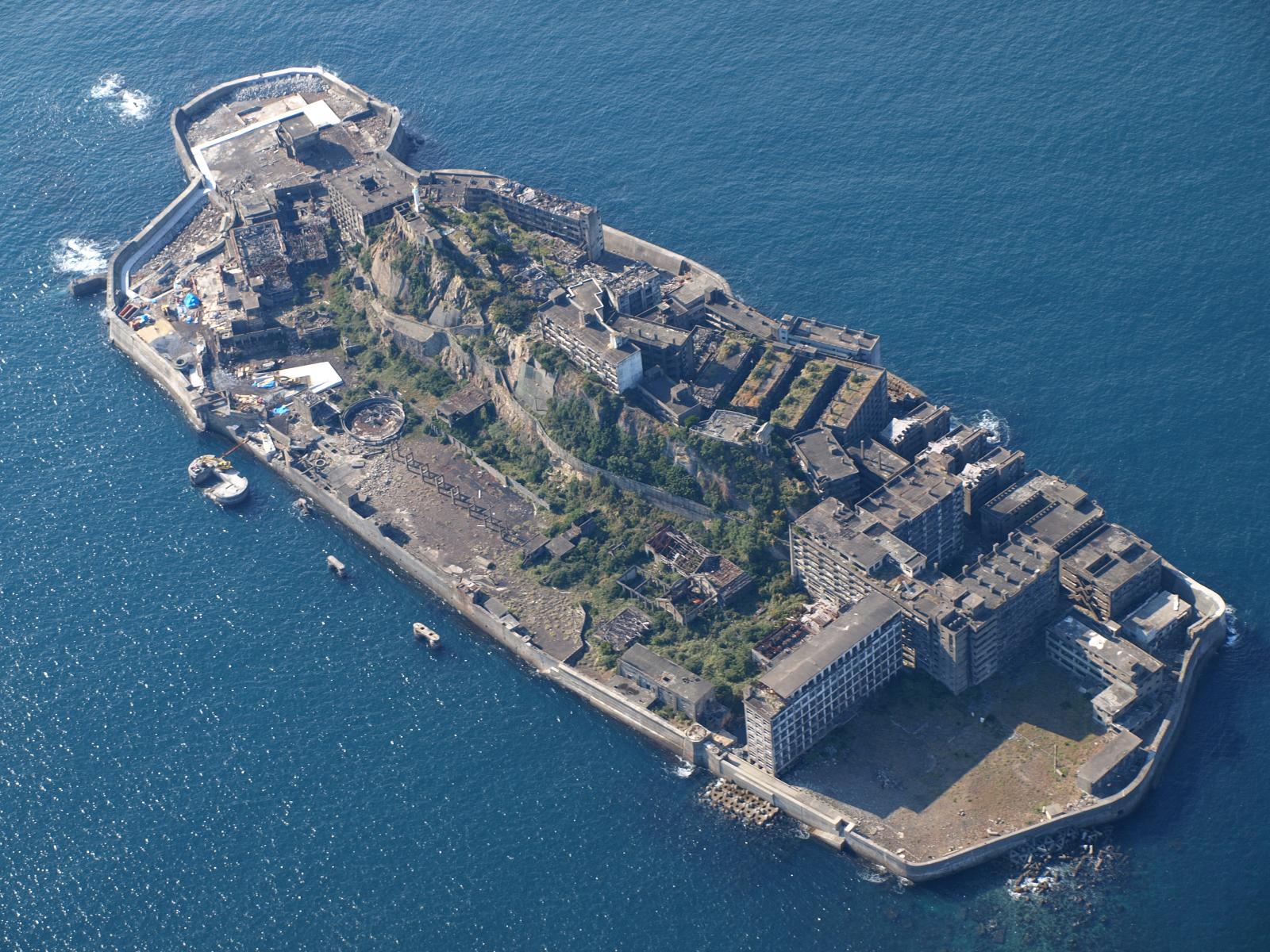 During Japan’s rapid industrialization in the late 19th Century, Hashima Island became a hub of the nation’s industry. Nine miles off the coast of Nagasaki, those that worked on the island were essentially forced to reside there, living in the hulking apartment blocks on one side of the island. By the late ’50s, the island’s population had approached 6,000. Given the island’s size, that entailed a population density of roughly 216,000 people per square mile. For the sake of comparison, London’s current population density is 11,760 per square mile. When the mine closed in 1974, the island emptied and its population is now down to zero. Many of its monuments still stand, though, kept from the waves only by a short sea wall. 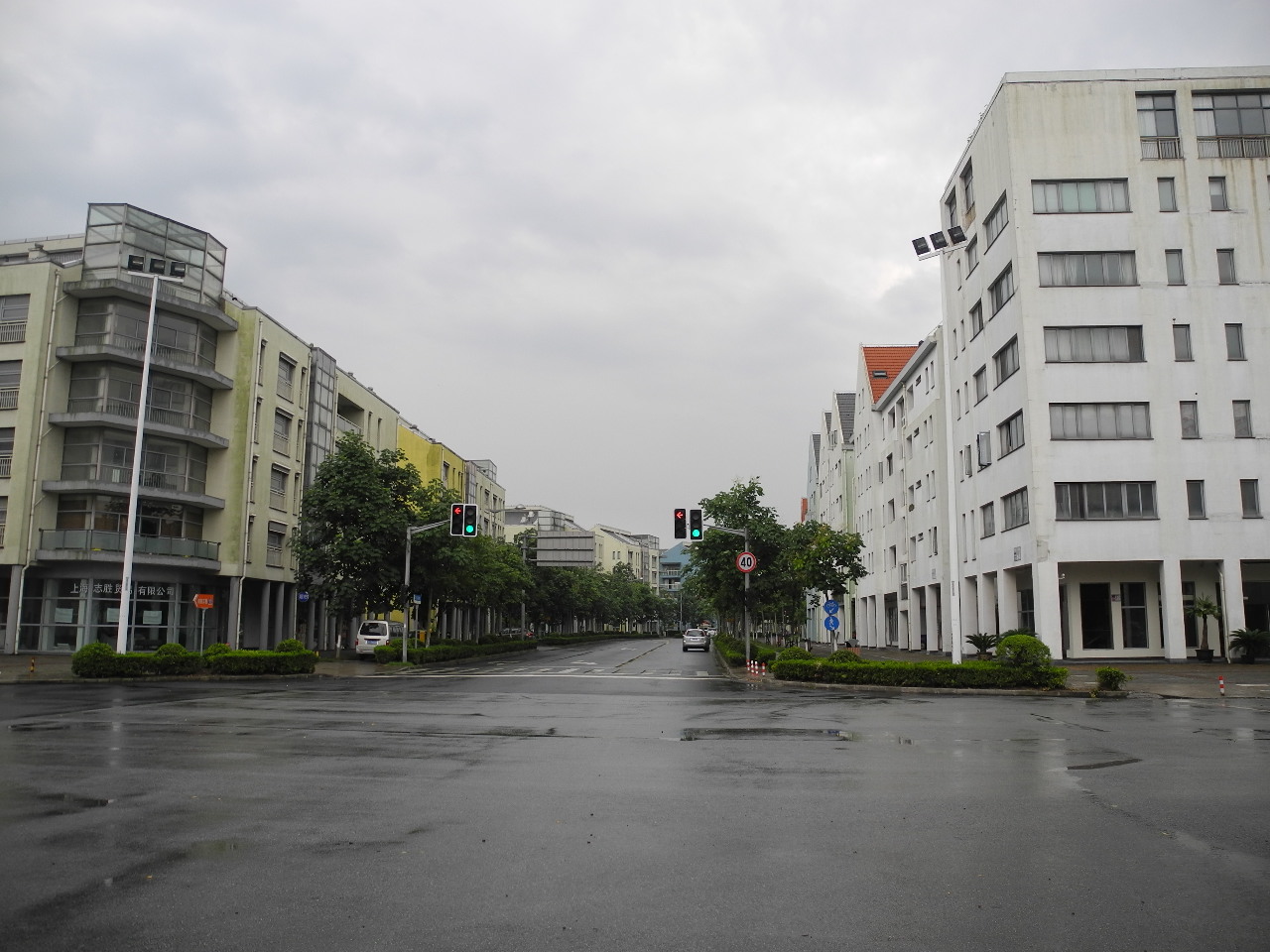 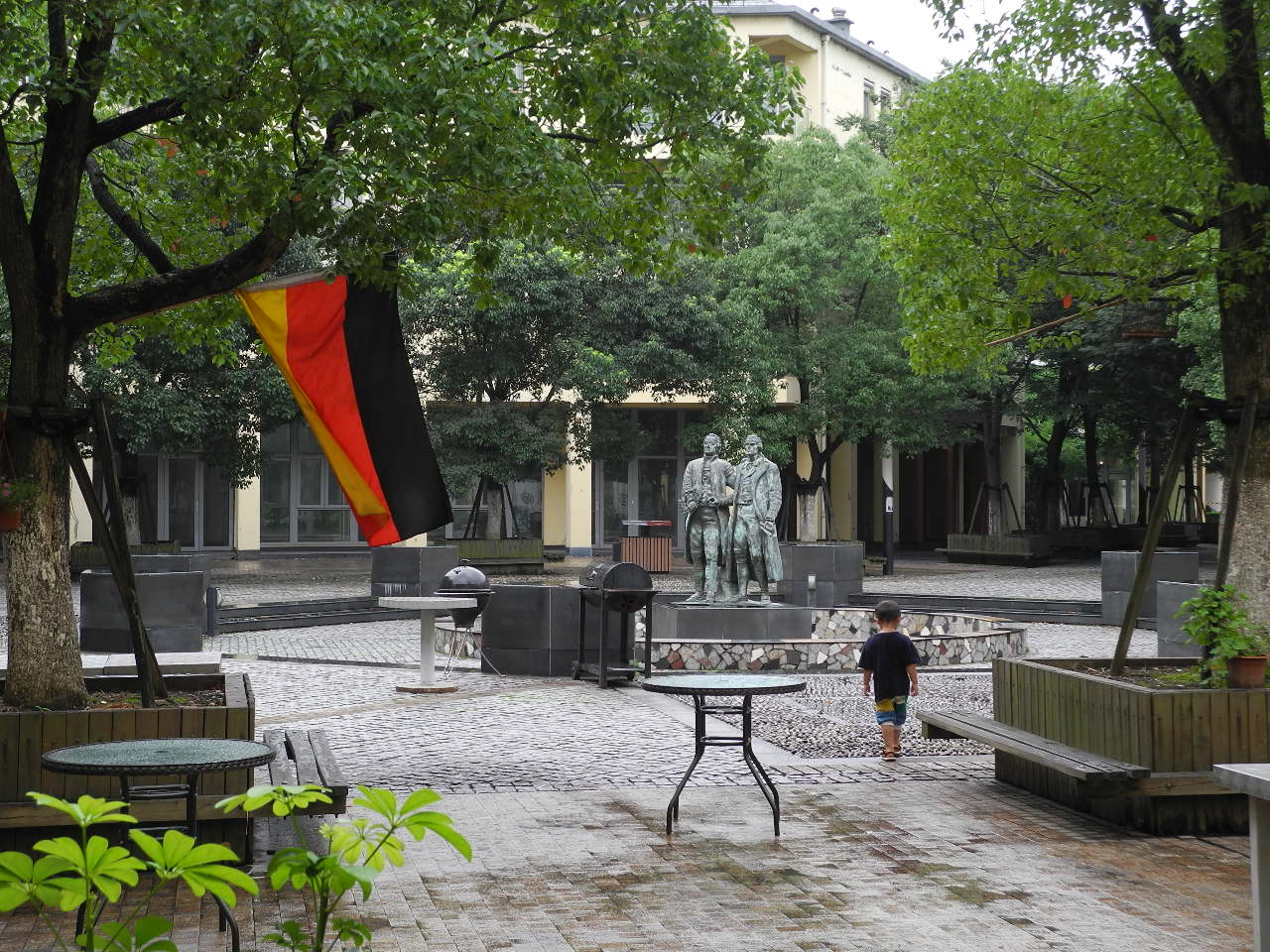 Some of the strangest additions to Wade Shepard’s Ghost Cities of China are the perfectly formed foreign themed towns that exist within some of China’s biggest cities. Built within the city limits of Shanghai, the Anting German Town is a reflection of the joint Chinese-German Volkswagen plant nearby and the Chinese Formula One track just a few miles down the road. The local government employed German architects to design the town, their expertise clearly visible in the town’s disturbing authenticity. It’s still massively under-populated, adding to the incongruity of the space, but, as Shepard assures us, it won’t be soon.

Linkedin
OTHER ARTICLES
Birdy Chu reflects on documenting the historic moment in which the territory was formally passed back from the UK to China.
Rhiannon Adam spent three months capturing an ageing society wracked by division, isolation, and the aftermath of scandal.
For over a decade, gamblers have won big by employing people to place live bets from the court. But does this dubious method still work?
A group of young Palestinians have found temporary freedom in the act of parkour, reimagining wreckage and ruins as a series of high-octane playgrounds.
Rogue landlords are exploiting young and inexperienced renters and leaving them in mental and financial turmoil, reports Niall Hignett.
As the Scottish government announces a rent freeze, an activist with Living Rent who fought and won shares how they did it, and what must come next.