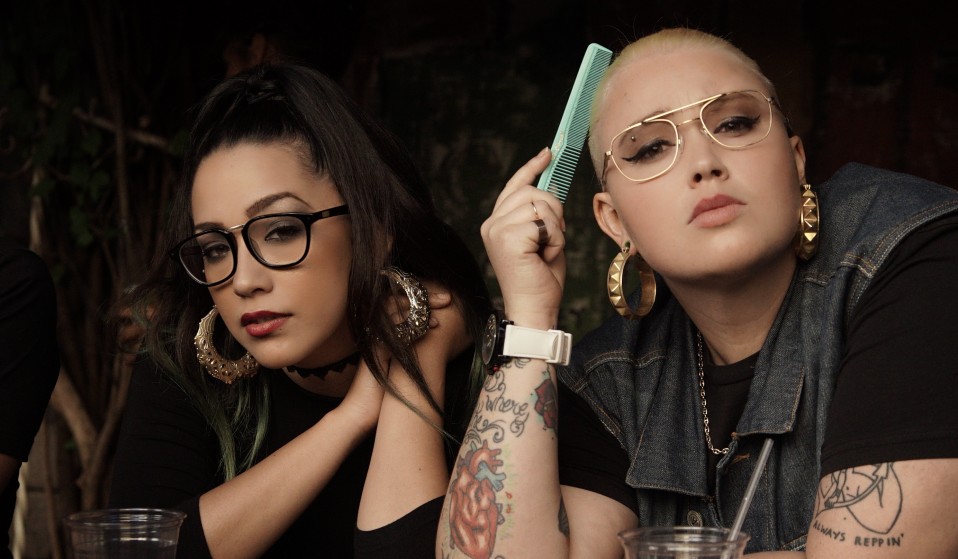 Redefining what it means to be a woman in the male-dominated music industry, Blimes Brixton and her Los Angeles girl gang have been making waves with their independent label, Peach House.

Redefining what it means to be a woman in the male-dominated music industry, Blimes Brixton and her Los Angeles girl gang have been making waves with their independent label, Peach House.

In a musical genre where women are commonly referred to as ‘bitches’, constantly objectified as walking pieces of meat, it’s pretty easy to imagine why women in hip-hop might want to make music their own way, away from the boys. Don’t get me wrong, the rest of the music industry is steeped in sexism too, just look to the way Ke$ha was treated by her label, or the festival line ups that seem to feature men, men and men. Hip-hop is no different. Yes, despite it being 2016 we’ve still got a problem with sexism in music.

Across the pond in Los Angeles, one pioneering musician is taking matters into her own hands, and is bringing her girls with her. San Fran bred, but LA fed, Blimes Brixtons’ new record label Peach House is poised to make female talent thrive.

Blimes founded the label back in 2015, inspired by her first European tour with fellow power-house female Gavlyn. Arriving back Stateside, Blimes was itching to make her own imprint on the scene, desperate to denounce the stereotypes that plague the genre she loves, and to push through barriers that stop women making it in the business. And with that, Peach House was born. 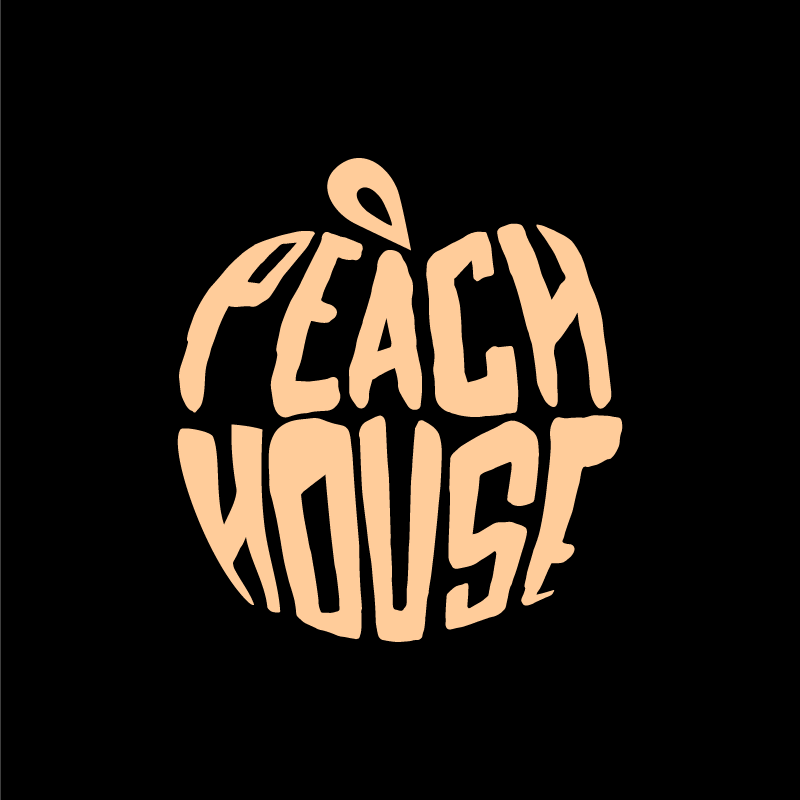 “I never actually set out to form a girl gang, we were just so determined to make something of it that it just naturally fell into place”, says Blimes, for whom the success of Peach House is still somewhat staggering.

“It was a pretty dope moment when I saw that little Peach House copywrite on our iTunes releases”, she continues. “It really made the concept of my own record label tangible for me, and made me realise it could be something.” It wasn’t long before she realised the potential that Peach House could actually have to be a force for good.

The landscape of the music industry has changed with the onset of the internet, emerging artists can now produce their own tracks and show them to the world at the touch of a button, without even leaving the comfort of their home. But to make it big in the industry requires something more. 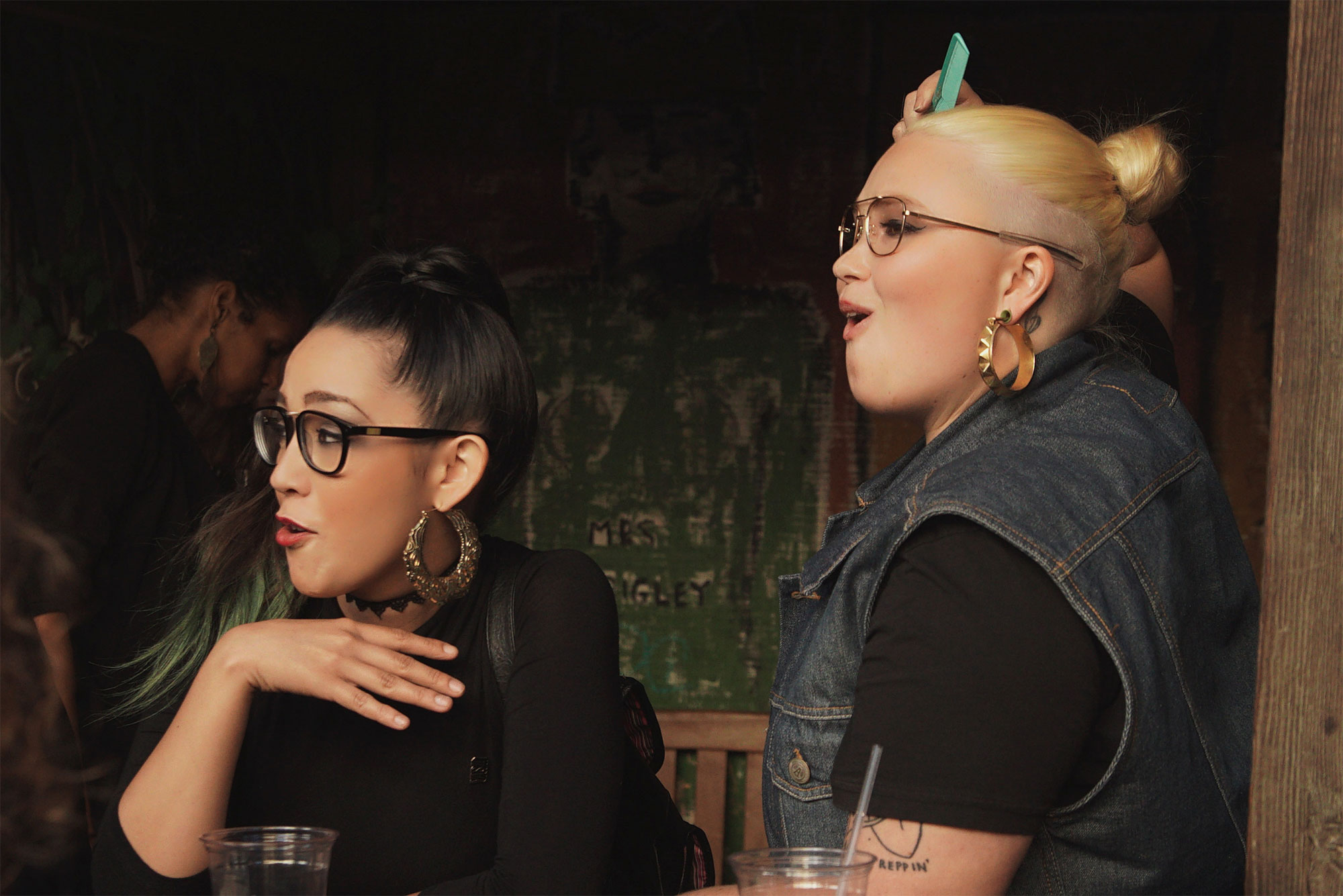 “Putting music up on the internet is something anyone can do in 2016”, suggests Blimes, “but I really knew we were working when other ladies that I respect in the scene started sending me their music to give thoughts on, and when artists, designers, photographers, and directors started to offer collaborative work because they wanted to be involved with the movement. At that point, I knew we were making an impact.”

Intrinsic to Peach House’s raison d’être is fostering young talent; she wants you to know that to be unapologetically self assured and fearless is within reach. “Confidence is never lacking in this circle and that’s what keeps hurtling us forward, all the while we’re drawing more women with similar qualities into the team.”

“Every Peach House release is empowering females by collaborating with female directors, photographers and designers.”

Blimes herself is a key artist on the Label, the rapper/singer/songwriter has had an affinity which musicians for as long as she can remember. It’s not hard to see where her influences have been draw from, a Blues musician for a father, a grandfather with a passion for jazz, Blimes grew up steeped in musical culture. Now though, she’s looking to the future, and she hopes it’s a future brimming with outspoken and powerful female talent.

“Whether it be challenging gender binaries, weight, race, or disabilities; the feminine energy is what carries Peach House forward. As women, we know our strengths and weaknesses, we support each other, we recognise sexuality without objectification, and we’ve learned that being assertive doesn’t make you a bitch.”

The Peach House team are determined to succeed with their plans, but they know it’ll be tough. “In terms of the general public, there is always online slander from misogynistic fools which can sometime gets pretty intense, but you learn to ignore it”, says Blimes, when I ask her if the ride so far has been easy.

For now though, Blimes has plans, and they’re big. “In the next year, I want Peach House to be cranking videos and singles monthly, playing the dopest parties, throwing our own events, and becoming a household name.”

It sounds ambitious, but then Blimes is, and there’s something in the way she talks that makes me certain they’ll achieve it. Either way, I’m sure she won’t lose focus, not just on the music, but the message she’s desperate to get across.

Blimes makes it clear that the big picture is all about making girls feel empowered, celebrating our differences and eccentricities whatever they may be. That way we might all find ourselves part of her #GRLGANG, her contagious energy has already ensured she got me.

DODGY by Blimes Brixton and Gavlyn is released 28 October 2016.

Find out more about ​Peach House on F​acebook​ or ​Twitter.​

Linkedin
RELATED ARTICLES
OTHER ARTICLES
As she gears up for the release of her first book, the 24-year-old climate activist talks standing up to authority and building a more inclusive movement.
Filmmaker Laura Poitras discusses her new documentary which traces the remarkable life of the artist-activist and the impact of her battle against the US opioid crisis.
Photographer Becky Tyrell went down to the fading banger and stock raceway to meet a community desperate to keep it alive.
The action took place in response to the 200 asylum-seeking children who were placed in hotels run by the Home Office who have gone missing.
David 'Dee' Delgado’s photo project is about honouring and uplifting the city of his youth, and a world rapidly disappearing under the relentless onslaught of gentrification.
A new law change is enabling Britain’s donor-conceived children to know the truth about their origins – but campaigners say the fertility industry must do more to protect people.