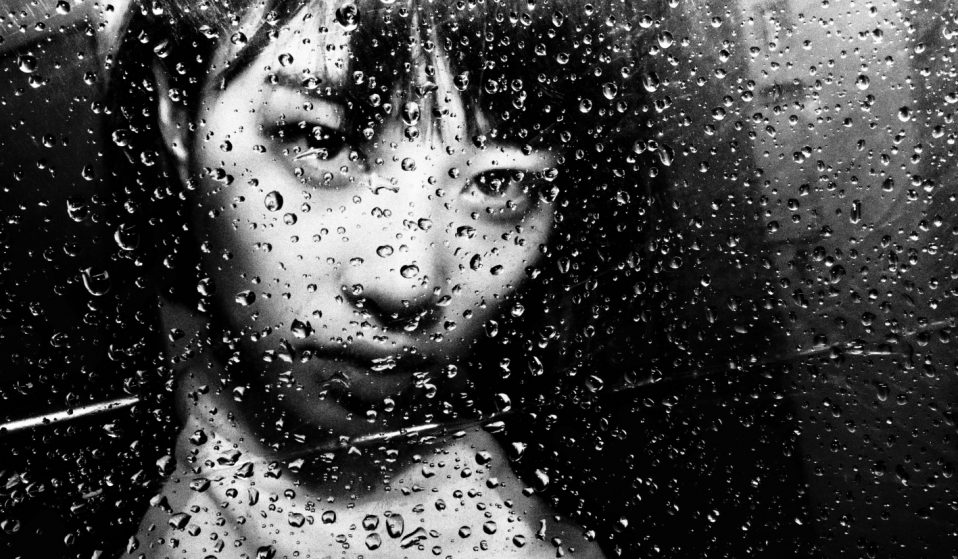 Photographer Tatsuo Suzuki discusses his compelling portraits of contemporary Tokyo, and finding fascination in the mundane.

Photographer Tatsuo Suzuki discusses his compelling portraits of contemporary Tokyo, and finding fascination and tensions in the mundane.

Born in Tokyo, photographer Tatsuo Suzuki moved all over the prefecture of Japan due to his father’s work, never living long enough in one place to develop a core group of childhood friends or the sense of being rooted in a community.

In the 1980s, Suzuki returned to Tokyo to attend college. “Although I currently live there, it is not my hometown. I feel as if I am floating on the streets,” he says.

Possessed with a profound sense of ambivalence, Suzuki is both insider and outsider at the same time, a position that offers the perfect vantage point for his work as a street photographer. For over a decade, Suzuki has been documenting life on the streets of Shibuya, Shinjuku, Koenji, Yokohama, Ota, and Gotanda, to create a compelling portrait of contemporary Tokyo.

Inspired by Robert Frank’s seminal monograph The Americans, Suzuki has amassed a series of gritty scenes that capture the paradoxes of modern life in Friction / Tokyo Street, recipient of the Steidl Book Award Japan.

Suzuki first got into photography while working in the sales department of an IT company, where he was confronted by the reality of having very little leisure time. “DSLRs were becoming more popular and I realised it would be a good hobby because I can take photos anytime,” he says. 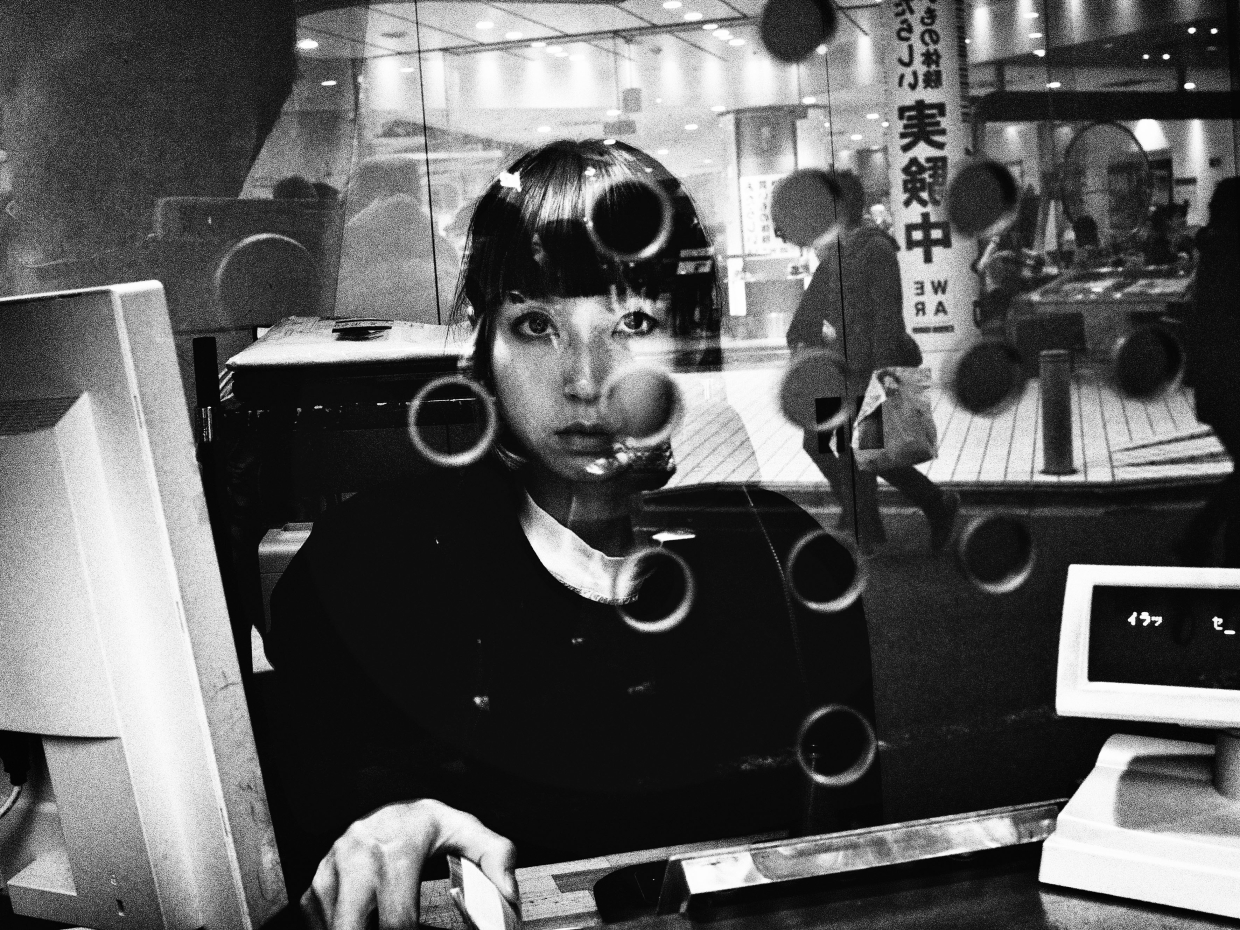 Street photography came naturally to Suzuki. “I’ve always loved music, especially beat rock and punk rock, which had the feel of the streets of Tokyo. I want to capture the spectacle of people, of living flesh, convoluting into the hustle and bustle of street life. My favourite music is often solid, beat-oriented… Maybe that’s what I’m looking for when I shoot,” he says.

“I take photos of the friction and frustration I feel on the streets that match my emotions. I walk the streets almost every day and I never get bored of it because I can always feel the current atmosphere of Tokyo. Even if it doesn’t make the news or is dramatic, everyday sights are fascinating to me.”

Suzuki spends a lot of time in Shibuya, where people put tremendous effort into their personal style and appearance. “It seems to me that most people in Shibuya know what they like, and are there for a specific purpose,” he says.

There’s an inescapable tension underlying Suzuki’s work. “When I look at young people in Shibuya, I sometimes wonder if they are happy,” he says. “We live in a world of overabundance, but do we really feel happy? I’ve heard it said that ‘life is all about constant shopping’. Contrary to material wealth, I sometimes feel that wealth of the heart is more difficult to attain.” 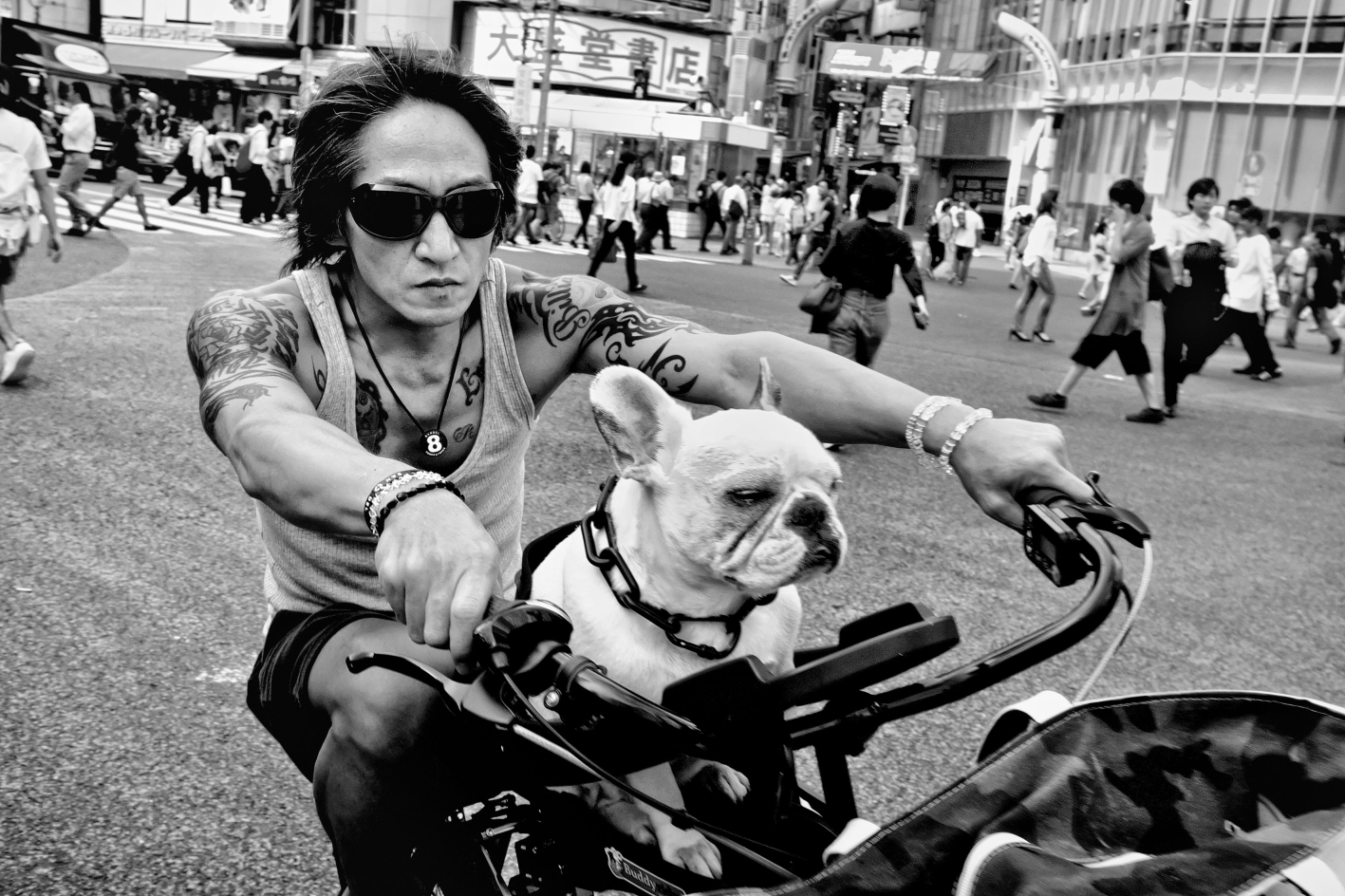 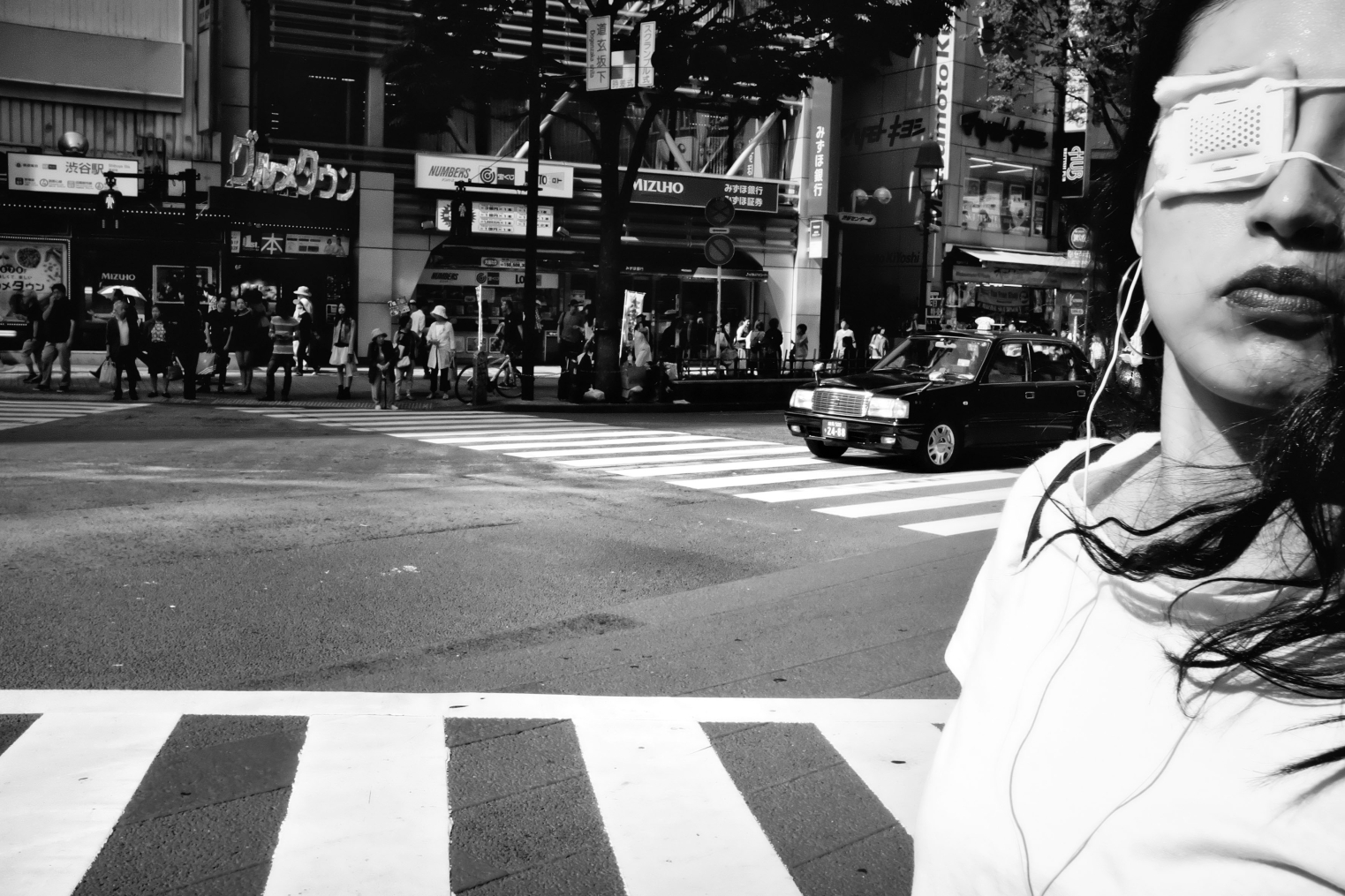 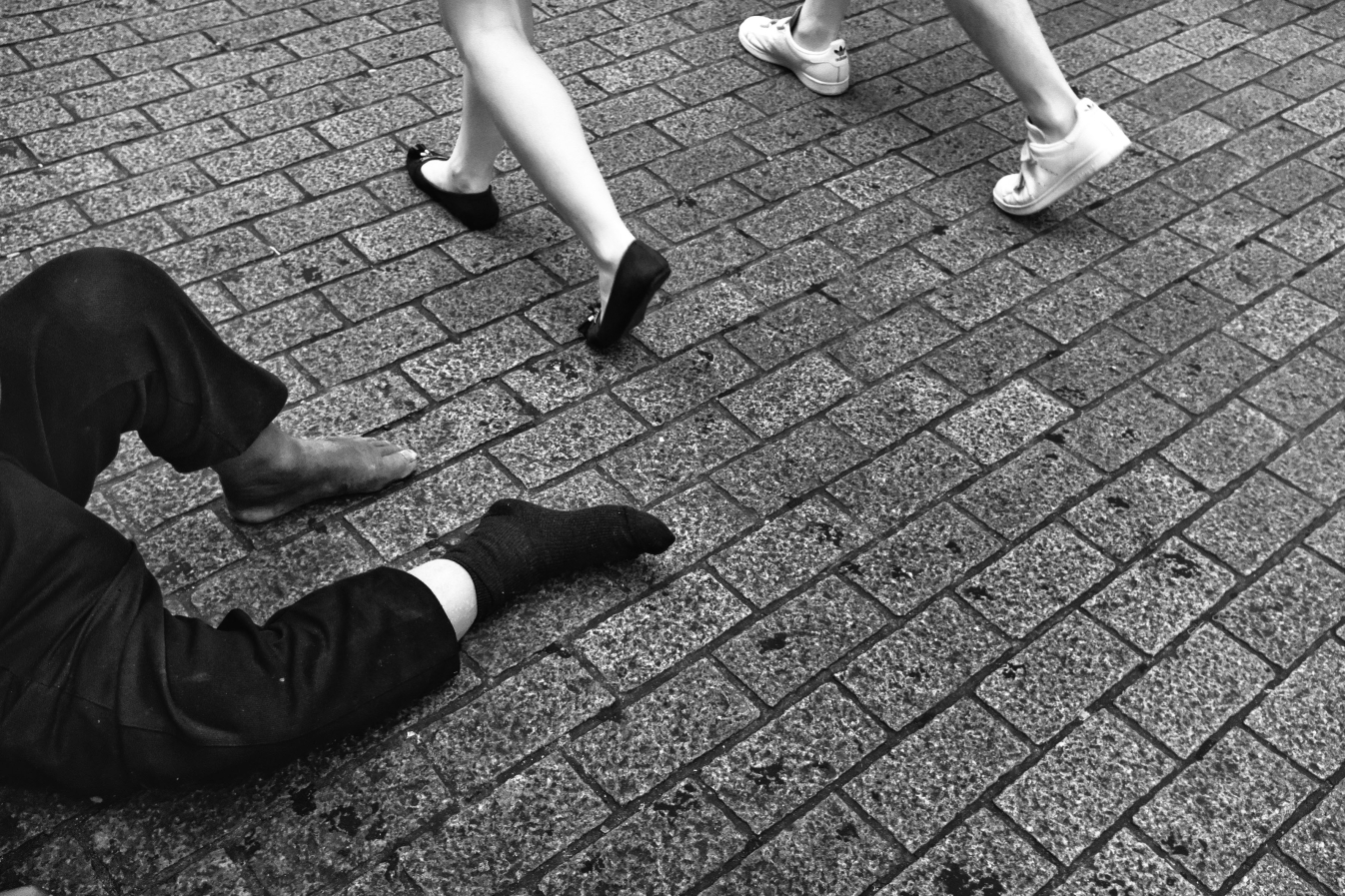 Tatsuo Suzuki: Friction / Tokyo Streets is out now on Steidl.

Linkedin
RELATED ARTICLES
OTHER ARTICLES
Our new magazine is here, starring the inimitable Mitski. Order your copy now and join us on a trip around the world.
A group of Ukrainians living in Poland are helping Ukraine withstand Russia’s brutal invasion by buying supplies and shipping them directly to the war’s frontlines.
Members of the collective share some of their reasons to run as part of #UnitedBySummits, a campaign that looks to uncover transformative power of the outdoors.
Over the weekend, London locals came together to resist a pre-planned police raid targeting delivery drivers.
Following the release of his latest album God Don’t Make Mistakes, the rapper talks horror villains, police brutality and being unafraid to show his vulnerable side.
In the last of our dispatches from OFFF Barcelona, Rufus Deuchler and Vincent Gault discuss the future of creative process.