Art & Culture / Gritty photos of Belfast amid The Troubles 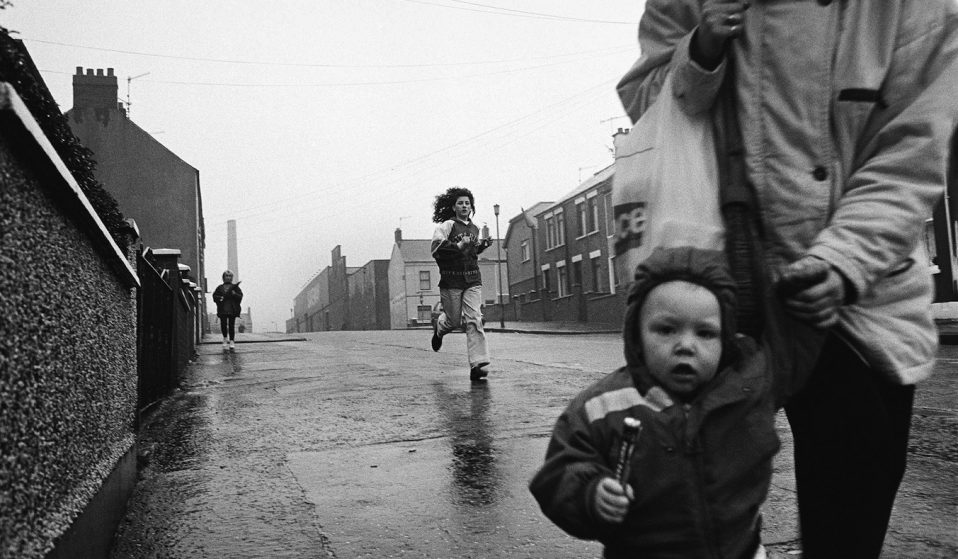 In 1991, Krass Clement traveled to Ireland looking to capture the reality of life on the ground.

In 1991, Krass Clement traveled to Ireland looking to capture the reality of life on the ground.

Around the turn of the year 1991, while living in his native Denmark, Krass Clement received an invitation to stay at the Tyrone Guthrie Centre in Annaghmakerrig, Ireland – a much-loved residence for artists and creative workers. Having never been to Ireland before, he set off in his Peugeot Cabriolet convertible, driving across much of northern Europe before reaching the island via a ferry crossing.

“It was kind of an anachronism for the Irish roads and weather,” Clement says of his convertible car built for sunshine, rather than the drab and drizzly skies he encountered.

Setting up base in the residence not far from the border with Northern Ireland, he travelled around both countries over the next few weeks, including two brief visits to Belfast, Northern Ireland’s capital. He travelled there while the country was being ravaged by The Troubles – a sectarian conflict between mostly Catholic separatists from the United Kingdom and protestant unionists that had been ongoing since the 1960s. 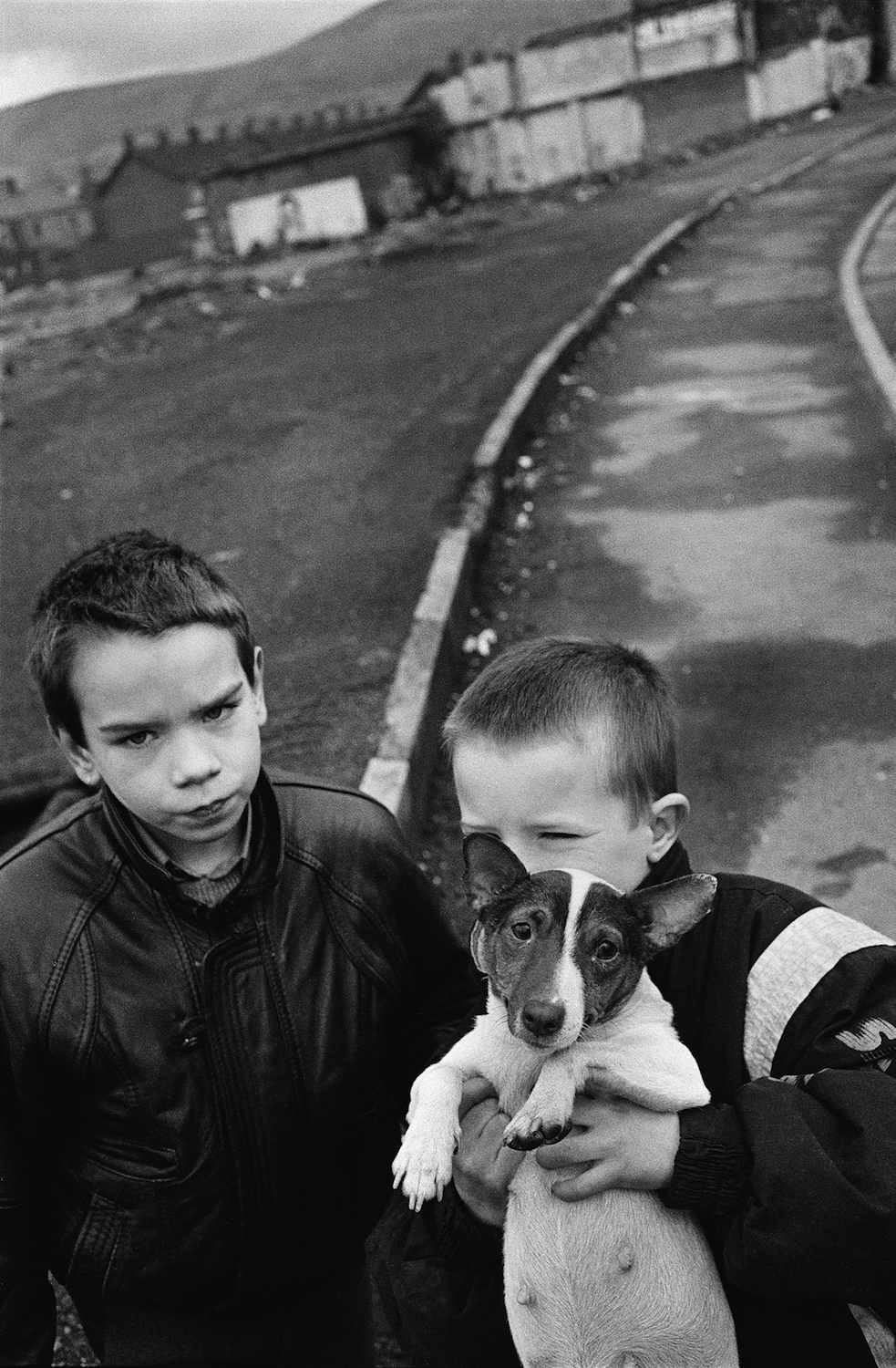 Staying no longer than a few days at a time, he moved quickly through the city and around the outskirts, taking hundreds of photographs on his trusty Leica, before disappearing before anyone really noticed he was there. Now, just over three decades later, a collection of these pictures have been published in his new photobook Belfast (RRB Photobooks).

“The visits [to Belfast] were very intense,” says Clement. “I always walk the streets and look for pictures that correspond with my own state of mind – the place somehow echoed my feelings of loneliness and melancholia.”

These feelings of desolation come through in the photographs. Shot in black and white, the pictures are full of grit, as well as emptiness – with there rarely being more than two or three people in any one photo. “The conflict made the city [feel] emptier than it was, because you couldn’t park anywhere,” Clement explains. “Most of the pictures are from the Falls [Road] area of Belfast, which is in the outskirts, and the outskirts are always pretty empty. But the atmosphere in the city as a whole was very peculiar. 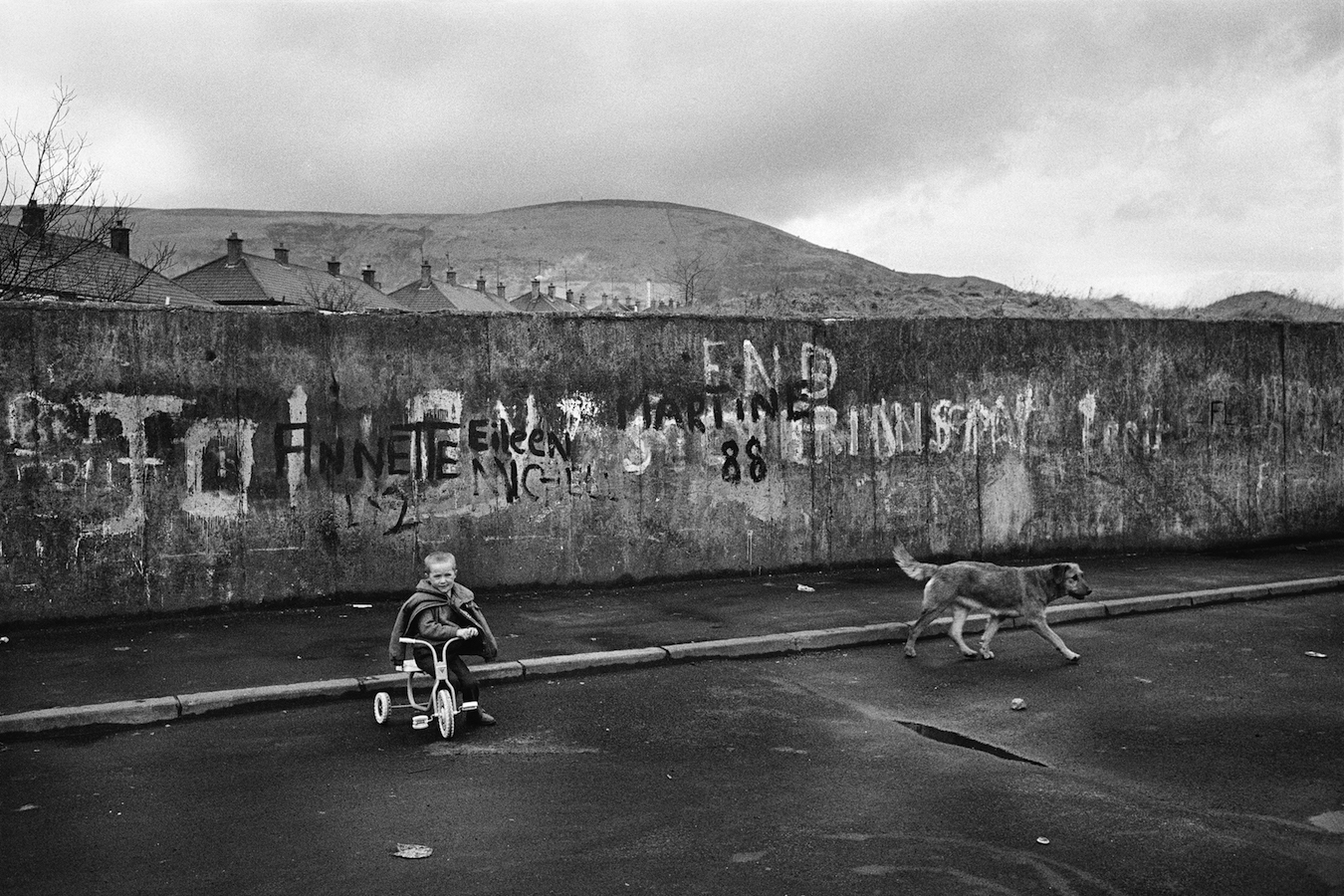 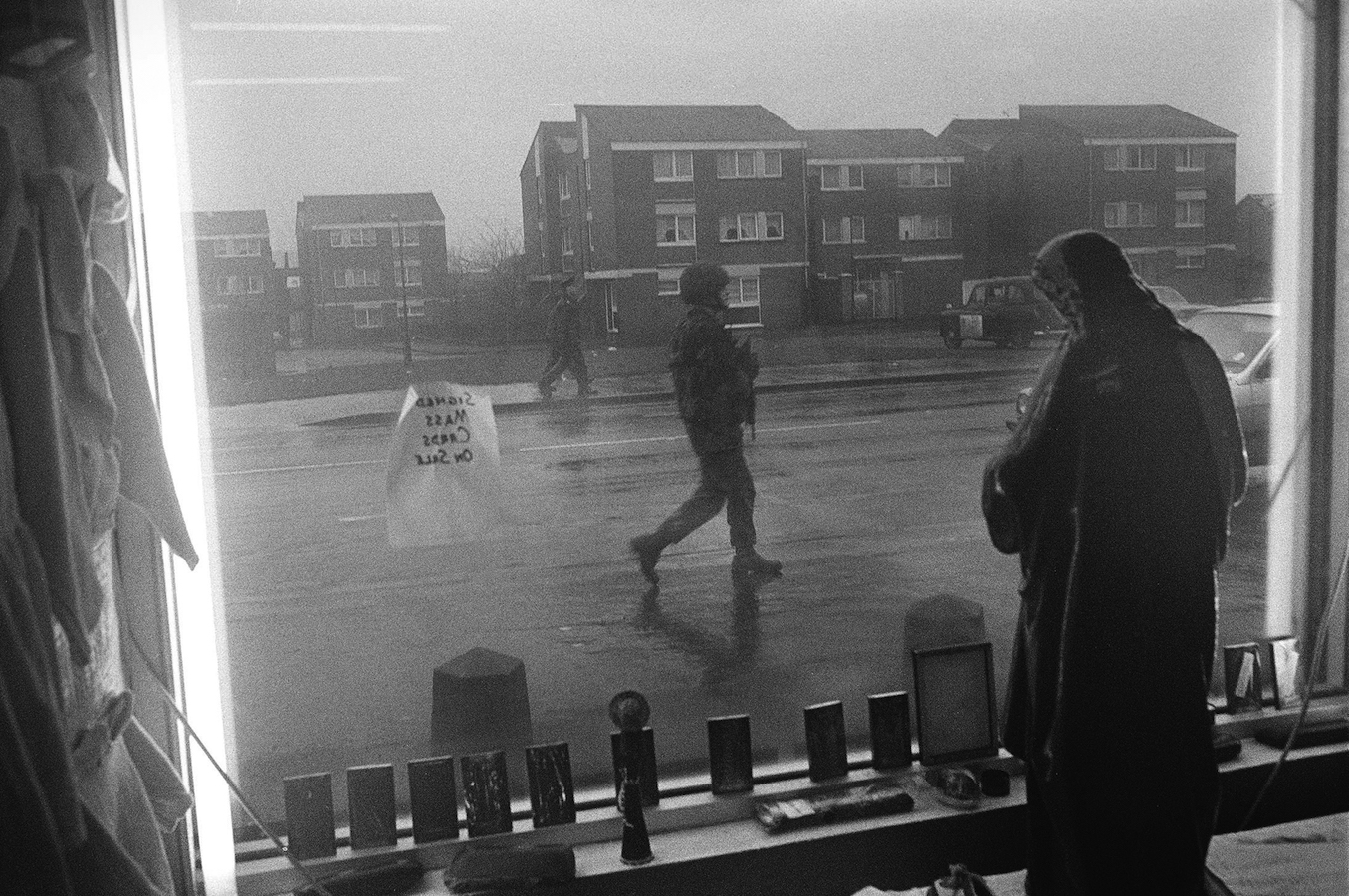 The Falls Road area is a traditionally stout nationalist and republican region of the city, and where Clement was most drawn to. One day when he was there, he walked past a group of teenage-looking boys, with one wearing a baseball cap emblazoned with the letters PIRA.

“What a nice rainy place you have,” Clement said to them and they soon struck up a brief conversation, before he took a few pictures and made his way onwards. 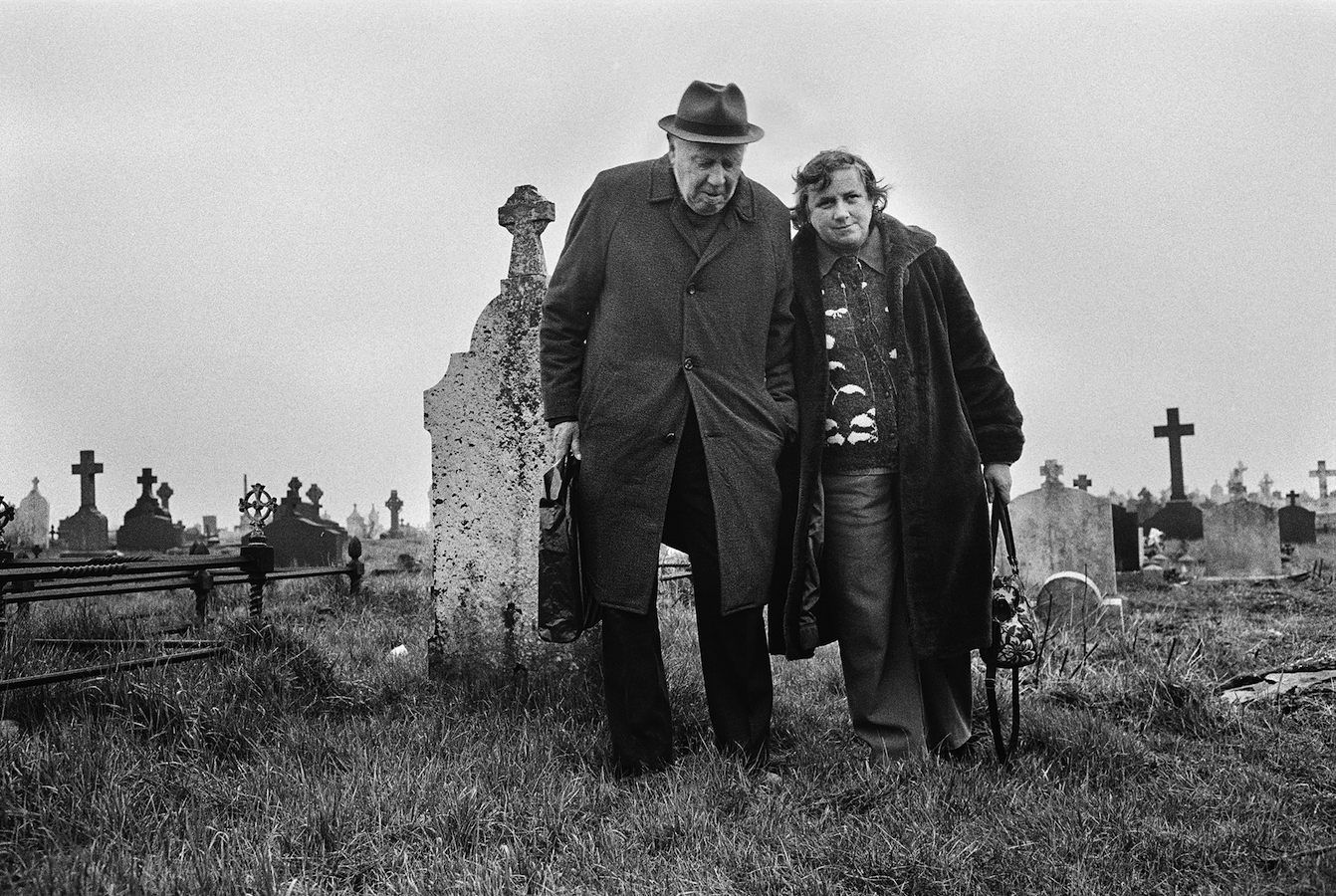 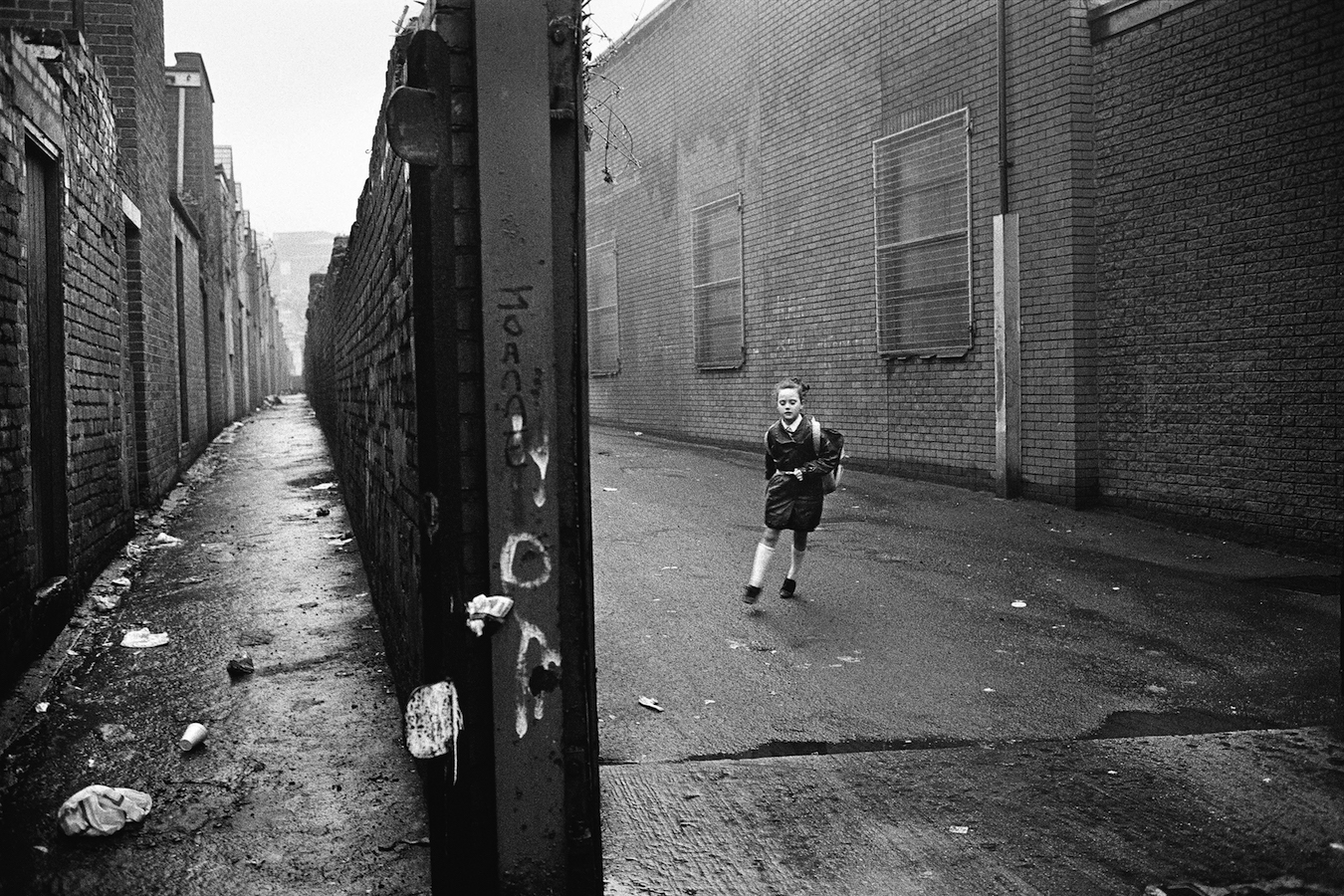 The PIRA, short for People’s Irish Republican Army, was the organised paramilitary who were fighting against British armed forces with the aim of gaining independence from the UK. Conflict is ever-present in the photographs, mostly lurking in the backgrounds, but occasionally springing to centre stage. It takes the form of bountiful coils of barbed wire lining mundane buildings, or graffiti tagging support for the IRA, or even a fully-armed soldier aiming an assault rifle at an empty junction while taking cover on the patio of a house.

“The conflict was central [to] my impression of the city,” Clement says. “Everywhere you had this feeling of an imaginary enemy.

“But I was not drawn to the conflict itself, but how it manifested in daily life” he continues. “People had adapted to the conflict as an irrefutable condition of life. It gave the place a basically absurd character.” 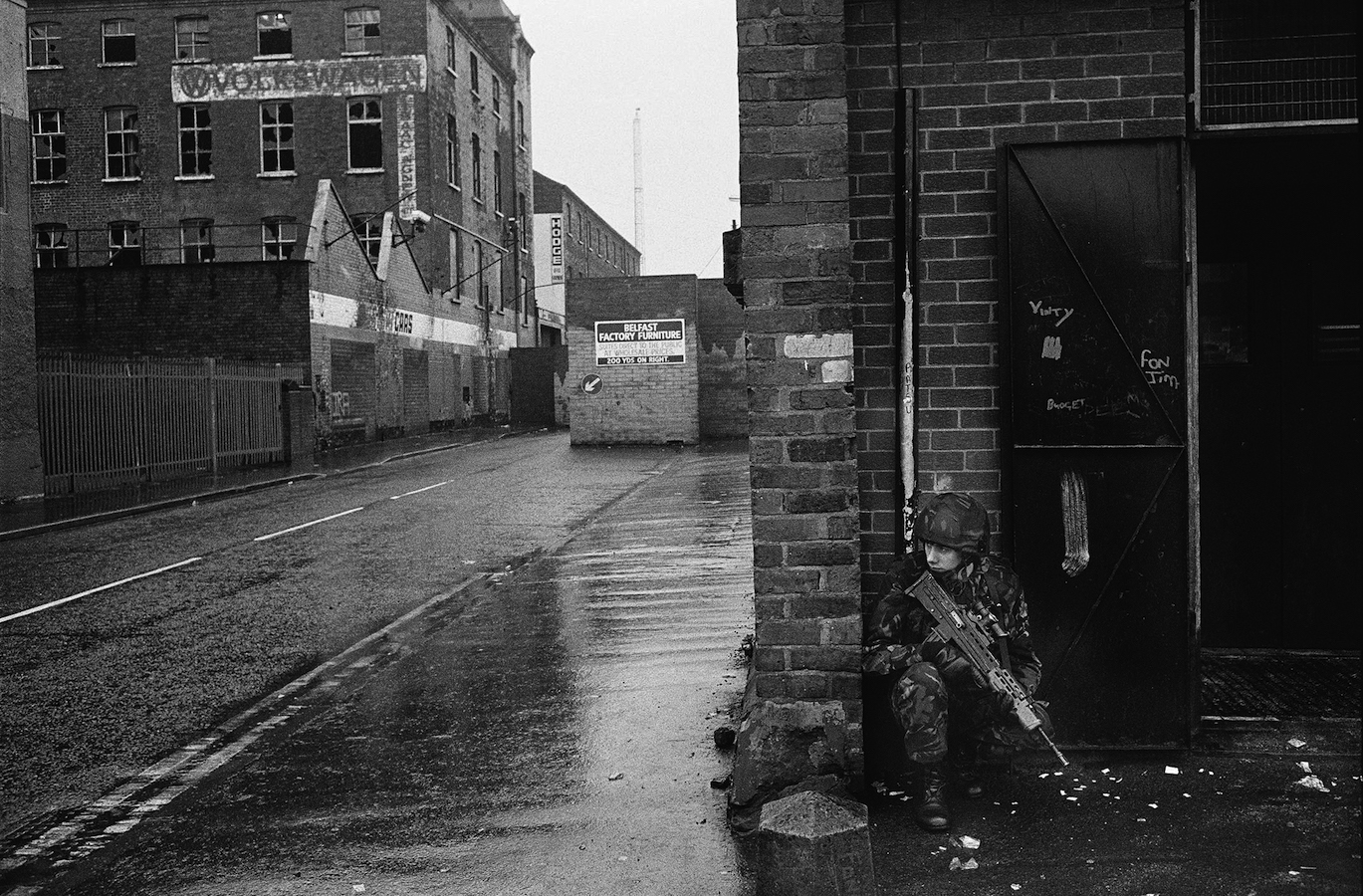 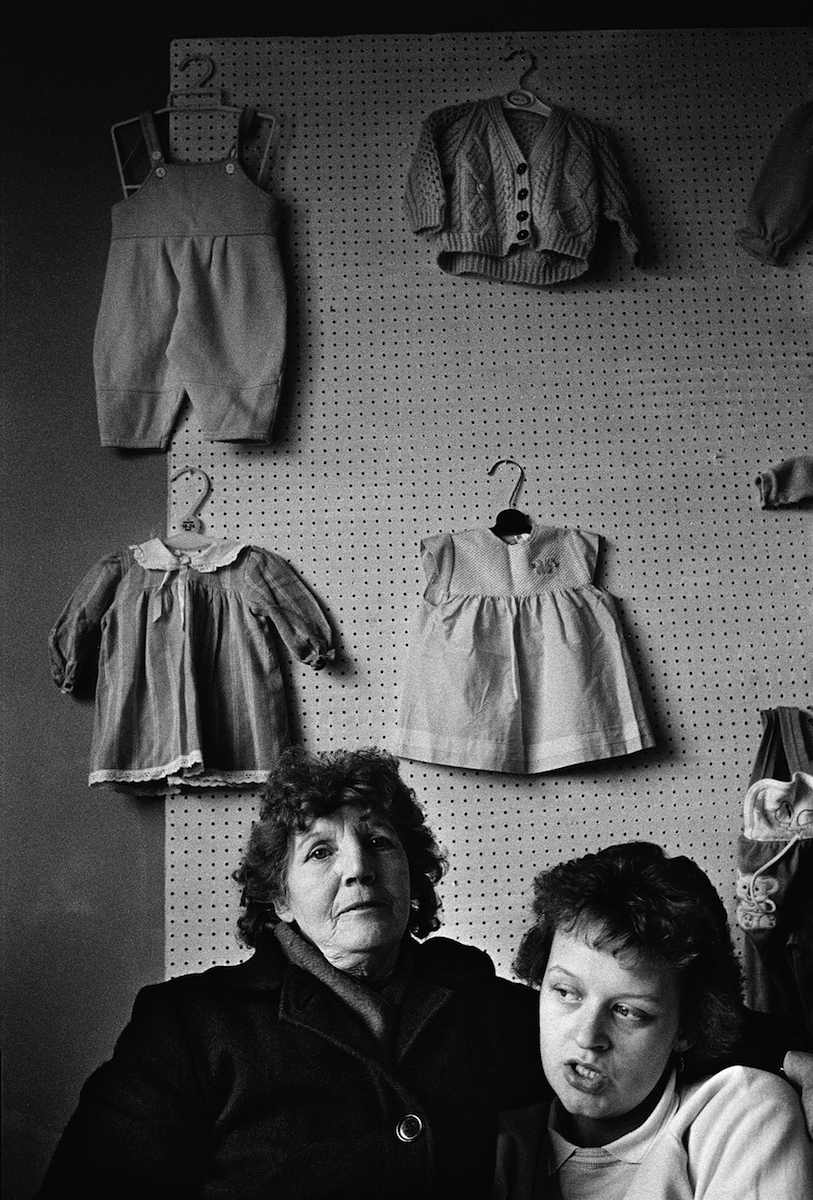 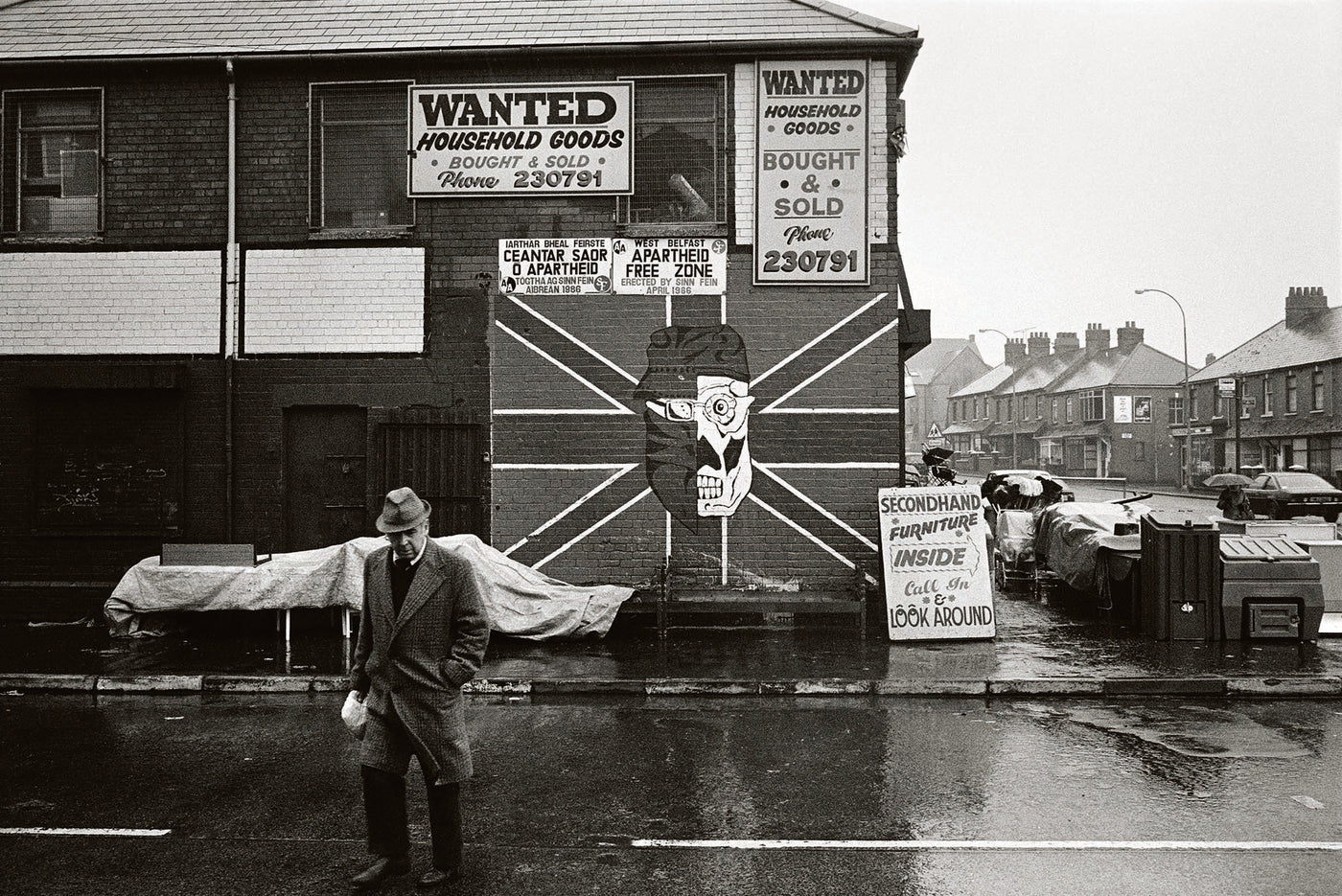 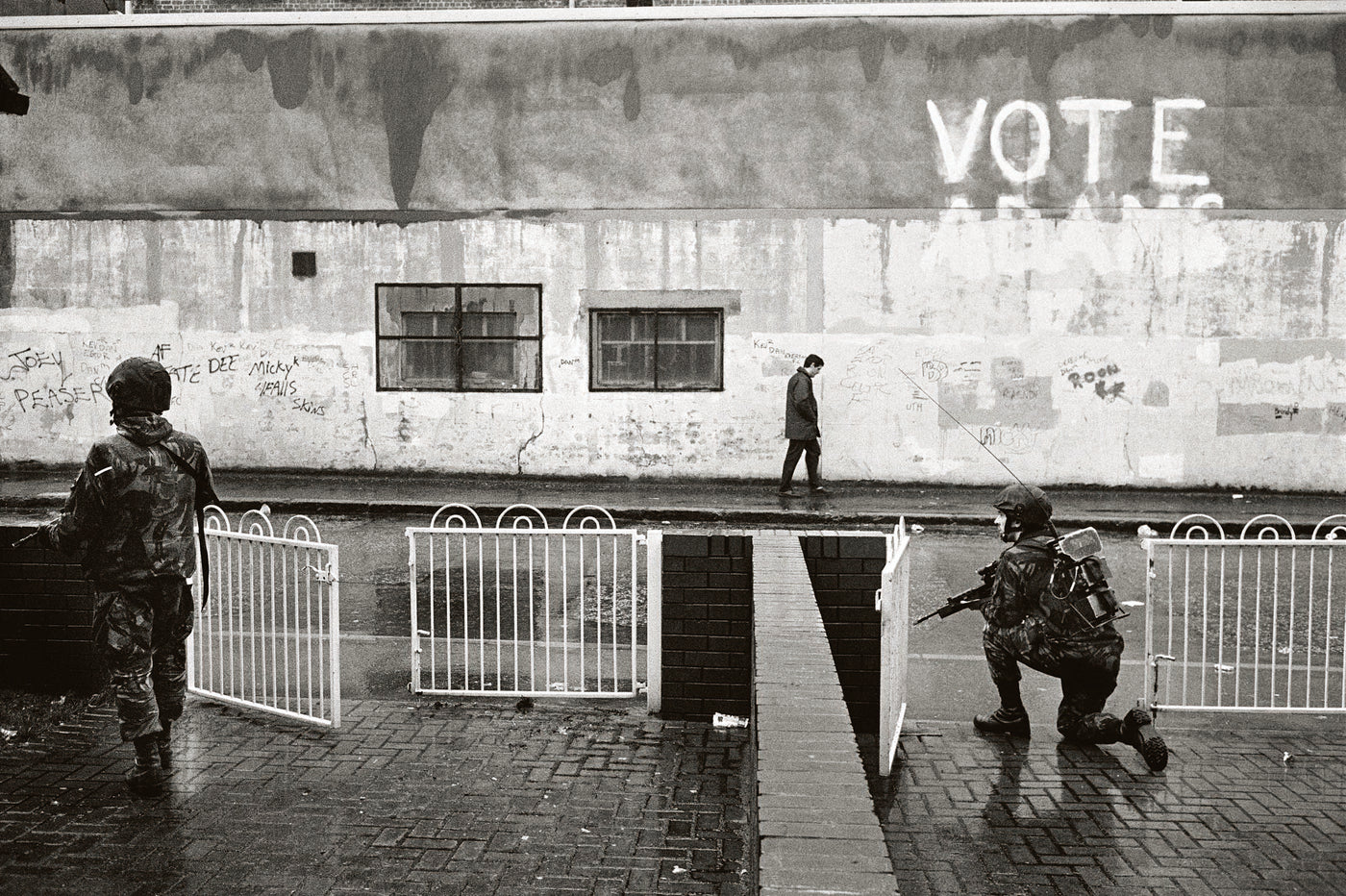 Belfast is published by RRB Photobooks.

Linkedin
RELATED ARTICLES
OTHER ARTICLES
A centuries-old tradition is offering families a way to honour the deceased, reports Arbab Ali.
A campaign led by ex-torture survivors and refugee organisations has left the Tories with no planes left to carry out their callous scheme.
The Egyptian government are continuing the repressive mistreatment of environmental campaigners.
After being subject to racism growing up, Kavi Pujara’s photo series allowed him to reconnect with and reimagine his hometown.
Jamel Shabazz’s photos honour those who were lost and those who survived one of the most brutal eras in recent history.
The campaigning charity are on a mission to increase inclusion, participation and representation of Black people in trail running.