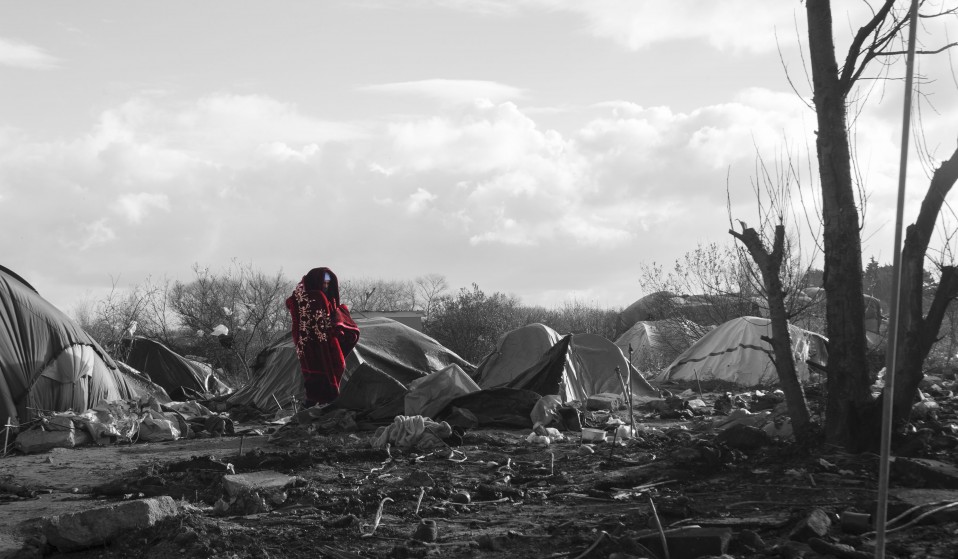 A new exhibition displays work from those camping in Calais, volunteers and emerging artists, forcing us to reconsider both the diluted identities of migrants, and our own high-brow preconceptions of art.

A new exhibition displays work from those camping in Calais, volunteers and emerging artists, forcing us to reconsider both the diluted identities of migrants, and our own high-brow preconceptions of art.

As a humanitarian crisis wages, the Calais ‘jungle’ has come to symbolise the fiery debate that’s been sweeping through Europe. The camp itself is a vast expanse filled with thousands of people, all desperate enough to make often perilous journeys to try and make Europe their home. To some, Calais represents a failure in foreign policy, governments neglecting their responsibilities and an excuse to stir up fear and prejudice. To others, it’s just a place – for now – to call home.

Call me by my Name: Stories from Calais and Beyond is an exhibition seeking to break down the boundaries between these ranging perceptions. Using one space to show work created by campers within Calais, the volunteers who enter it, and other established artists, it brings all of its artists to the same level, and humanises them. 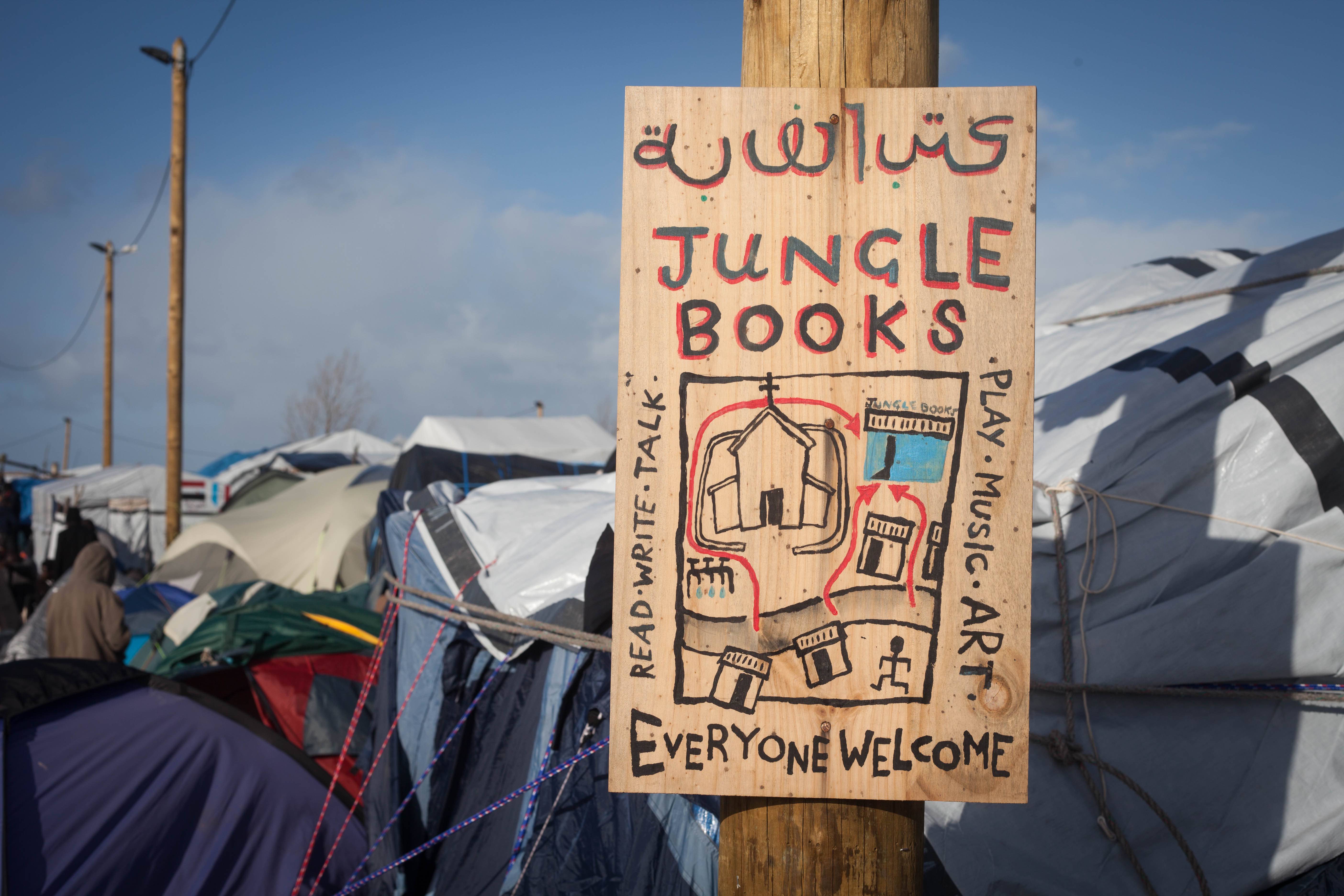 Running for a total of twenty days, the exhibition displays a range of art as diverse and unique as the individuals who made them. The series aims to pull our attention away from self-indulgent debates, and draw it back to those people struggling to survive within the camps themselves. Rather than limiting our perspective to one produced through the gaze of European reporters, this exhibition delves much deeper.

Too often, when we talk about the crisis facing migrants, refugees, humans, we forget about their humanity. We forget that they are real people, with real families, hopes and fears – each one with a unique experiences and outlook. In putting works produced by those inside of and outside the camp side by side, the exhibition allows our preconceptions to dissolve into the background.

One particularly powerful component of the exhibition is ‘Welcome to our Jungle’ – the product of a photography project run by volunteers. Here, those living in the camp were given cameras and photographic training, providing them with the resources to document the world around them. Many of the images were captured by children, giving the final images a sense of pure, unadulterated humanity. 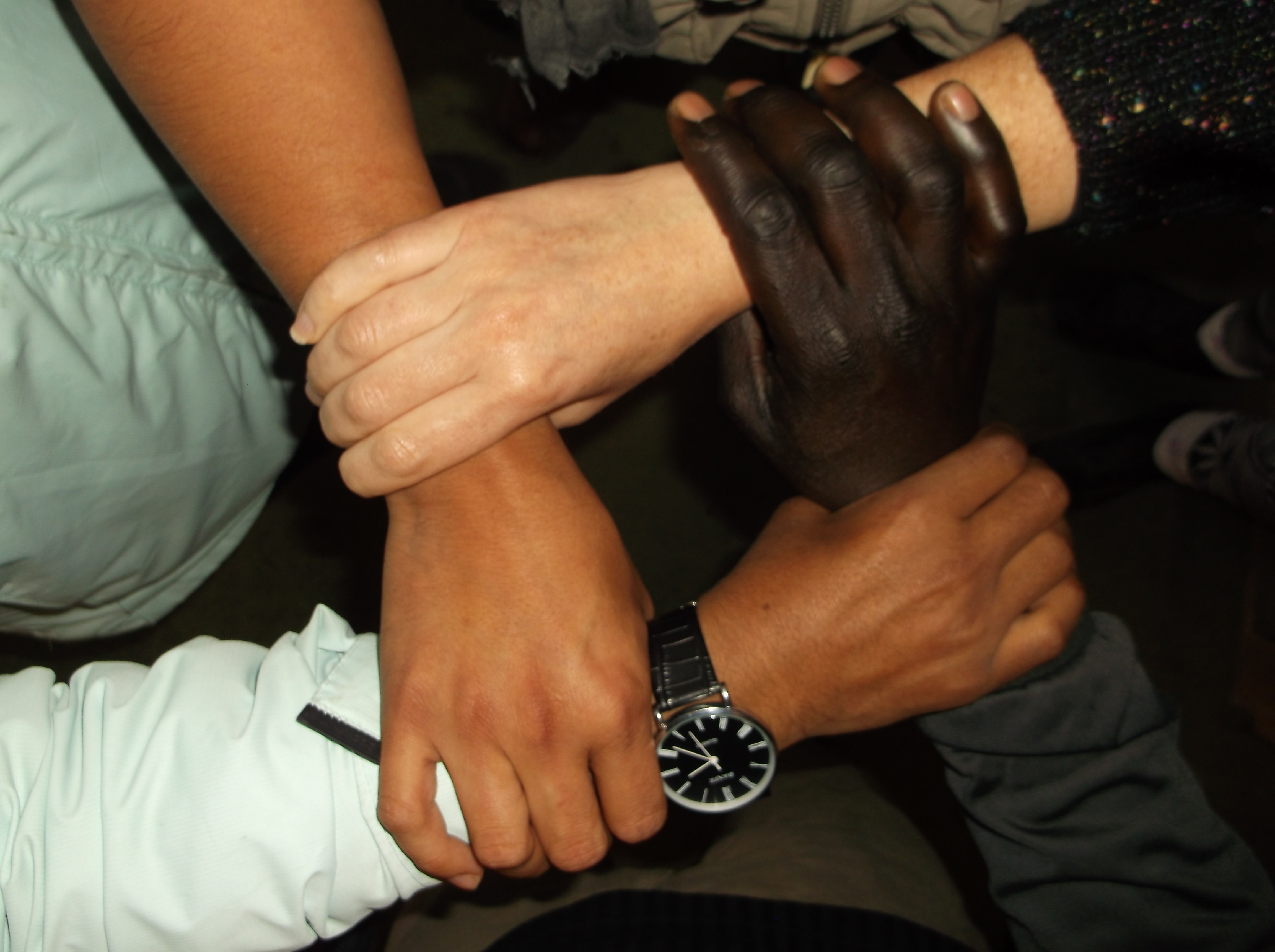 Photo by A.K.A. Dream/Welcome to our Jungle

Nick Ellwood, a reportage illustrator, is another artist who features in the exhibition. After spending time working and drawing within the Calais camp. His sketches not only capture the portraits of those who he met, but hand-scrawlings of their names and stories too. 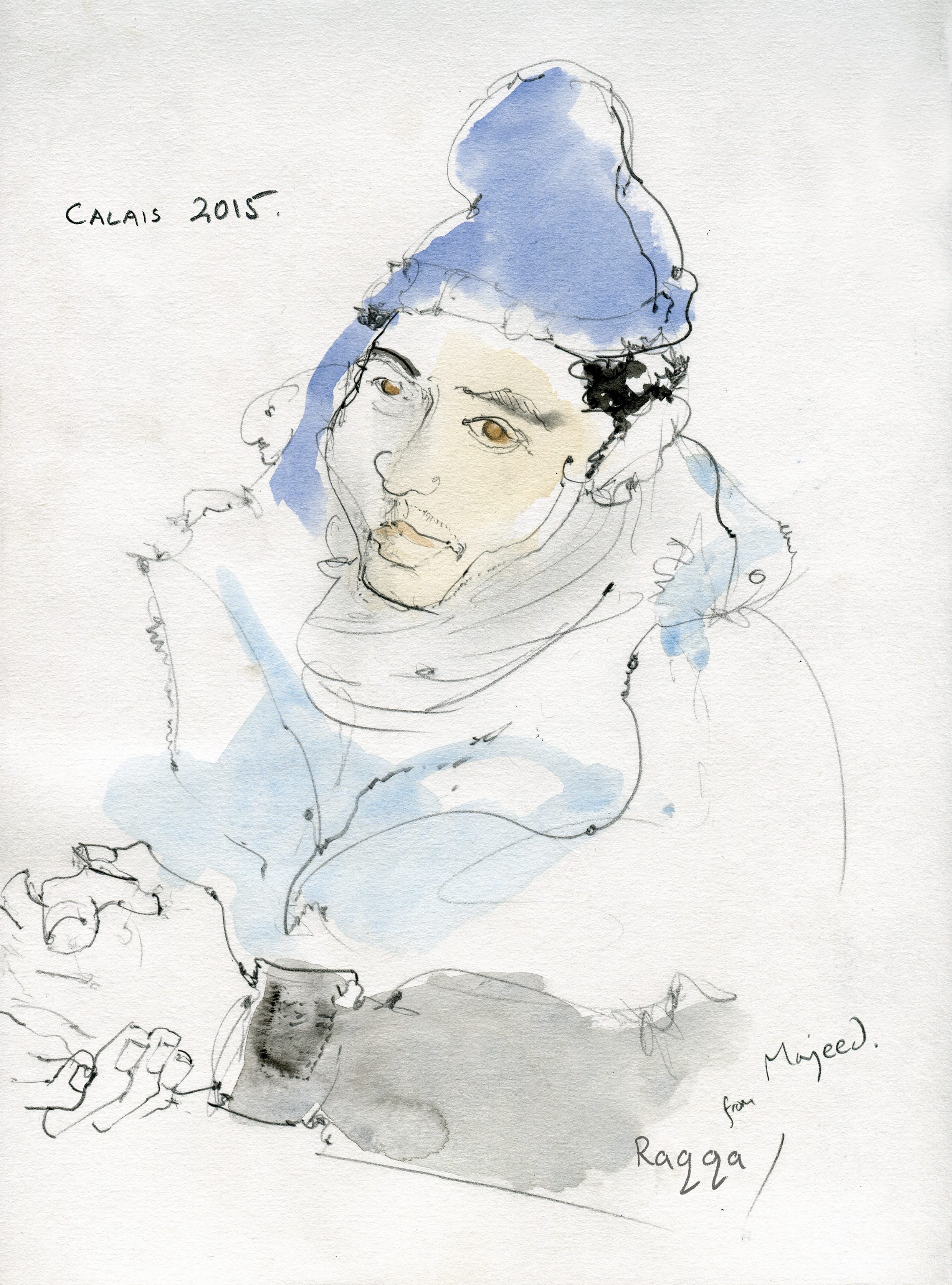 The exhibition also displays the work of ALPHA, a Mauritanian artist who was for a time living inside the camp, before being granted asylum in France. With many of his paintings produced using bright, bold colours and with images of hope, our presuppositions of migrants as figures of despair are diminished. Instead, we are left in awe of the simple beauty created in his work. 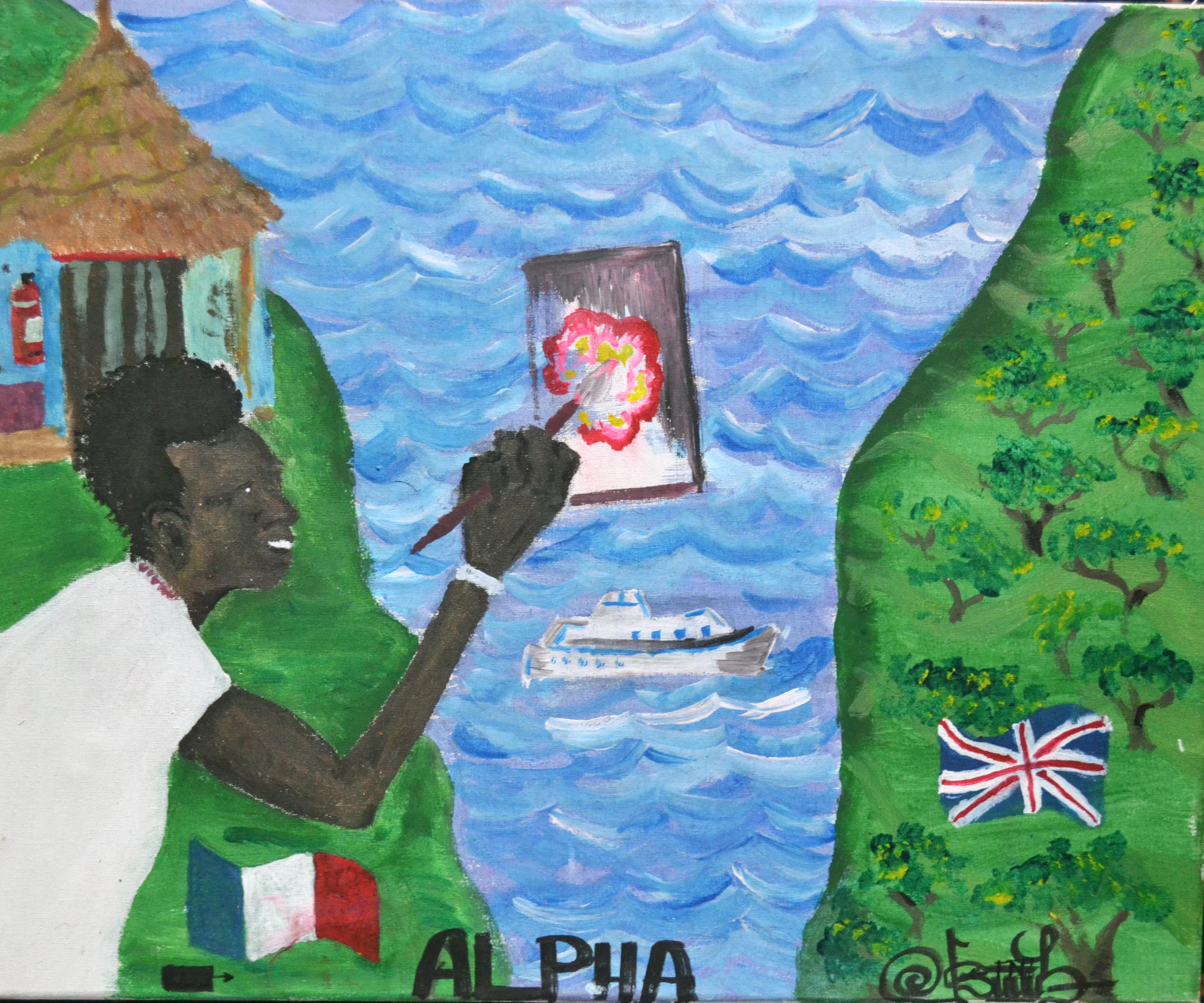 With a sculptural installation designed specifically for the series itself, alongside a variety of other photographs and paintings from all corners of Calais, Call me by My Name offers the spectator a radically honest view of life in the camp. “Visitors will journey physically and emotionally through the space”, says Sue McAlpine, curator of the exhibition, “they will see refugees and migrants emerging from a nameless bunch of individuals, neither victims nor angels but each with their own story to tell”.

This exhibition forces us to reconsider how we react to, and talk about the complexities of the refugee crisis. It wants us to reflect on what has – or has not – been done about the crisis so far, and allows us to hone in on contemporary migration issues, placing an unapologetic and raw representation of Calais before our very eyes, challenging us to question what will happen next.

Call me by my Name: stories from Calais and Beyond exhibition from the Migration Museum Project is open at the Londonewcastle Project Space from 2 – 22 June, 2016.

Linkedin
RELATED ARTICLES
OTHER ARTICLES
After building his reputation covering the US civil rights movement in the 1960s, the photographer went on to produce some of the most enduring images of the past century.
Since 2007, Gideon Mendel has made 20 trips to document floods in 13 countries. The result is an alarming record of what has already been lost to the climate emergency.
Filmmaker Laura Poitras discusses her new documentary which traces the remarkable life of the artist-activist and the impact of her battle against the US opioid crisis.
A recent High Court ruling against the right to wild camp in Dartmoor National Park sparked the largest land protest in history – and campaigners say their fight is not over yet.
Activists and campaigners are fighting back against new laws that would seriously undermine the ability to take industrial action, calling it an attack on fundamental workers' rights.
Author Edward Banches dicusses his new book, which examines the hard rock and metal scenes in five African countries: Botswana, Togo, South Africa, Kenya and Ghana.