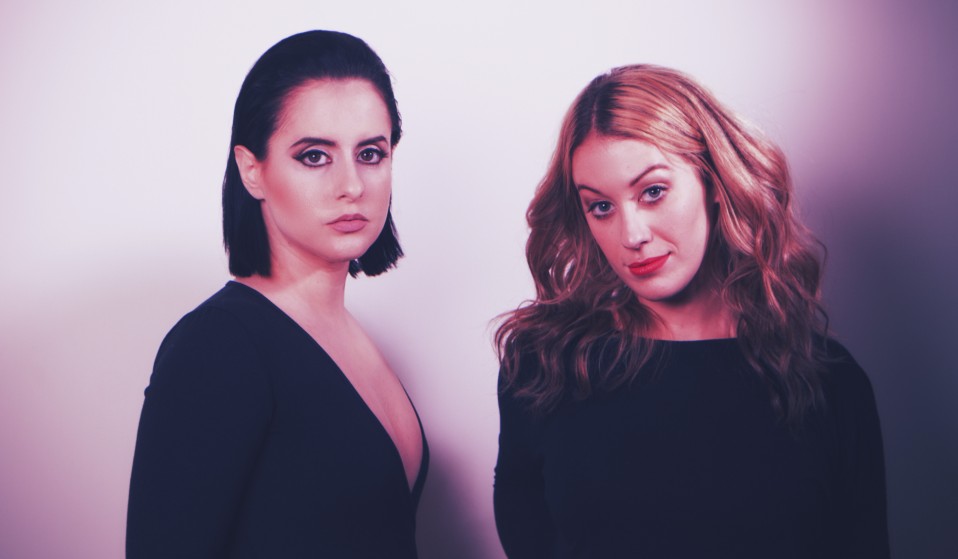 In their bold weekly recordings, Krystyna Hutchinson and Corinne Fisher tackle the subject of sexuality; from fetishes and taboos to abuse and harassment.

In their bold weekly recordings, Krystyna Hutchinson and Corinne Fisher tackle the subject of sexuality; from fetishes and taboos to abuse and harassment.

Comedian Krystyna Hutchinson was having a late night cigarette break outside her building when she saw a woman standing drunk and alone in the middle of the street, a male voice emanating from her phone. Like any good citizen, Hutchinson hailed a cab and directed the driver to the guy’s address. “I sent her off and for the next five hours I was consumed with the thought – ‘did I just send her to a rape den?’”

Such a response is understandable when considered against the backdrop of hearing hundreds of stories of sexual assault from the listenership of Guys We Fucked, a podcast she co-hosts with fellow comic Corinne Fisher.

What began in 2013 as interviews with men they’d slept with, has blossomed into a global dialogue to combat sexual shame, featuring weekly guests such as SlutWalk campaigner Amber Rose, sex columnist Dan Savage, and Nadine Strossen, the first woman to lead the American Civil Liberties Union. Central to their work is their inbox that’s populated with emails from listeners detailing their innermost secrets and darkest experiences. “The simple notion of talking about something is what made them realise that they don’t need to be a prisoner to their shame,” Hutchinson reasons.

Drawing on years of these experiences, the duo are now releasing a book called F*cked: Being Sexually Explorative and Self-Confident in a World That’s Screwed. Blending humorous and sharpshooting advice on topics ranging from sending nudes to abortion, it’s billed as “a mental detox from the crap you’ve been fed regarding the choices you’ve made with your body.”

No doubt the podcast has attracted millions of listeners because both Fisher and Hutchinson are judgement free and unfailingly frank. As Fisher puts it, “there’s a lot of dancing around issues about sexuality rather than just being like: ‘I can’t come, help me come.’”

Hutchinson agrees: “I really value things that are not condescending and bullshit-free, especially when you talk about the dark side of life.”

This approach leads to gut-punch conversations that would initially jar even the most open-minded person – there’s a listener who writes in confessing a desire to rape a family friend, and an interview with the son of a paedophile. Yet Guys We Fucked carries no trigger warnings. “Our podcast is not a therapy session, we never promised a safe space,” Fisher says. “This is what we’re doing and if you’re someone who needs a trigger warning this is not for you.” 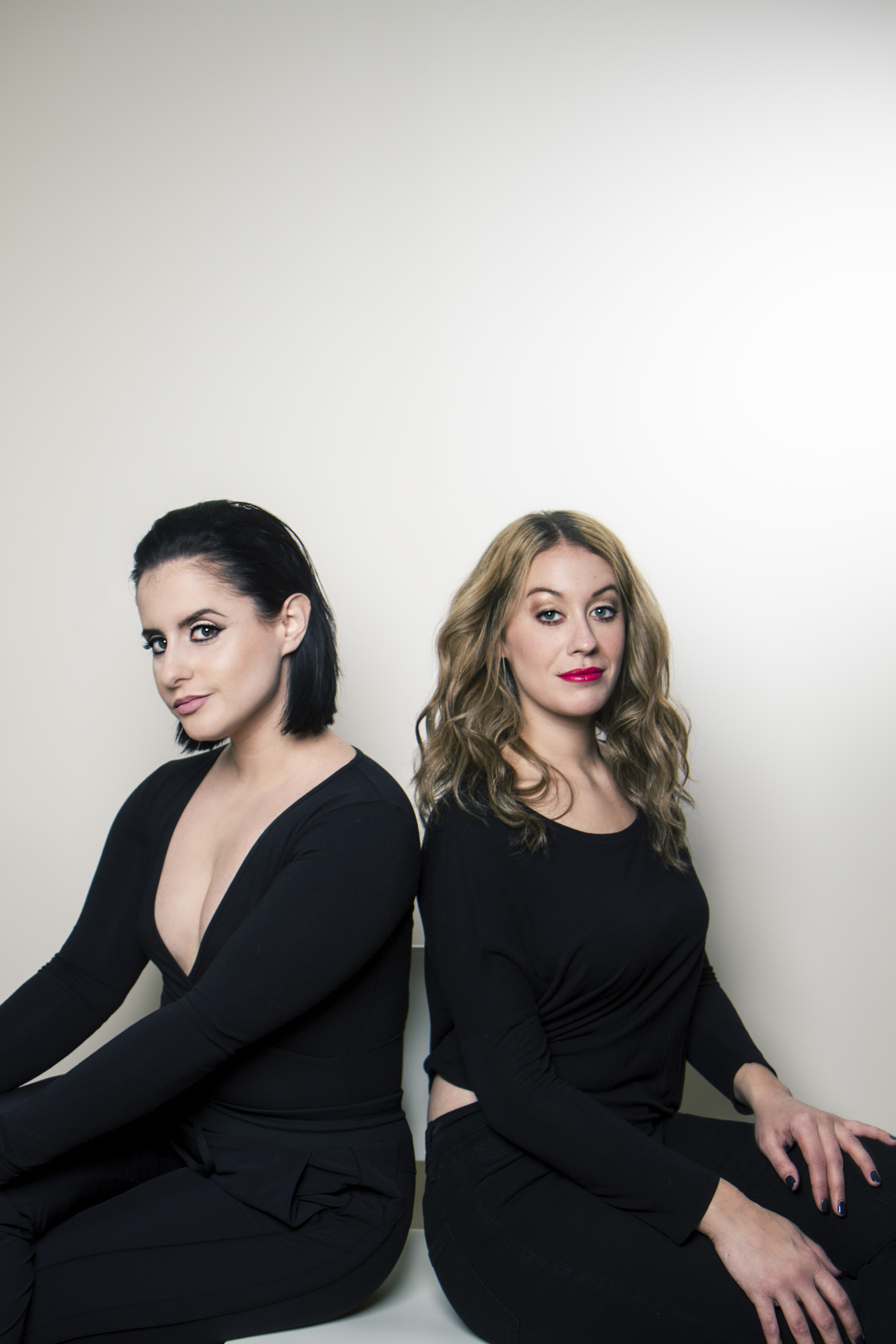 Aside from personal attacks, nothing is off the table for these two comics. “If comedians started picking and choosing jokes we would only be able to talk about puppies – but then I’m sure there’s been someone who’s been attacked by a puppy,” Corinne says. “It’s dangerous territory.” As such, their sense of humour is borne out of being comfortable with the uncomfortable and laughing through the pain.

Flippancy is one tool to deal with their work, which can sometimes seem like a battle. “Pretty much every woman I know has been sexually assaulted or certainly harassed,” Hutchinson says. “I’m still coming across guys who don’t get it. This is an epidemic and something’s got to be done.”

While it may be a tiring mantle, Guys We Fucked is helping the cause. Beyond opening dialogue to relieve shame, their community of listeners is taking action. Hutchinson recalls an email from a paramedic saying she was raped by a doctor whose job it was to examine the victims of sexual abuse that she herself brought into hospital. It was later discovered that, despite Fisher and Hutchinson leaving her name and home state undisclosed, the woman’s boss heard the story, knew it was her, and removed him from the department. “It’s like the pot of gold at the end of a shit rainbow,” Hutchinson says.

While stigma melts away under a spotlight of common sense, a podcast can be a narrow beam, and so to avoid the echo chamber effect, empathy and openness to all inputs is key. Hutchinson agrees that liberalism can be alienating. “People just want to be heard,” she says. “If you stifle anybody’s voice no matter who it is they’re gonna freak out and feel like they’re being held back, so you’ve gotta listen.”

“Feminists have that I’m-better-than-you vibe on social media,” Fisher continues, “because feminism and liberalism are super connected. I am a feminist and I find a lot of people who brand themselves as feminists online off-putting because it’s not supposed to be ‘fuck men and fuck any woman who doesn’t believe exactly what I believe.’”

Indeed, Fisher blames lack of sisterhood as “the very reason feminism is failing.” In contrast, the Guys We Fucked philosophy revolves around lifting women up together; being independent whether in a relationship or not, and rejecting shame by being comfortable in your own skin. “Once you love and accept yourself on a deep level, not a t-shirt in Forever 21 level, nothing else matters,” Corinne says.

“We’re trying to create an army of women who are just ready and prepared to handle anything, because unfortunately, that’s what it takes to be a woman today.”

F*cked: Being Sexually Explorative and Self-Confident in a World That’s Screwed is out now published by Little, Brown.

Linkedin
RELATED ARTICLES
OTHER ARTICLES
For over a decade, gamblers have won big by employing people to place live bets from the court. But does this dubious method still work?
The two-day long event returned to London this year, showcasing a spectacular parade, steel bands and Caribbean food.
Rhiannon Adam spent three months capturing an ageing society wracked by division, isolation, and the aftermath of scandal.
As the Scottish government announces a rent freeze, an activist with Living Rent who fought and won shares how they did it, and what must come next.
Following the announcement of an 80% hike in the energy price cap from 1st October, crowds gathered outside the offices of energy regulator Ofgem to protest and declare their intention to undertake a payment strike.
Birdy Chu reflects on documenting the historic moment in which the territory was formally passed back from the UK to China.