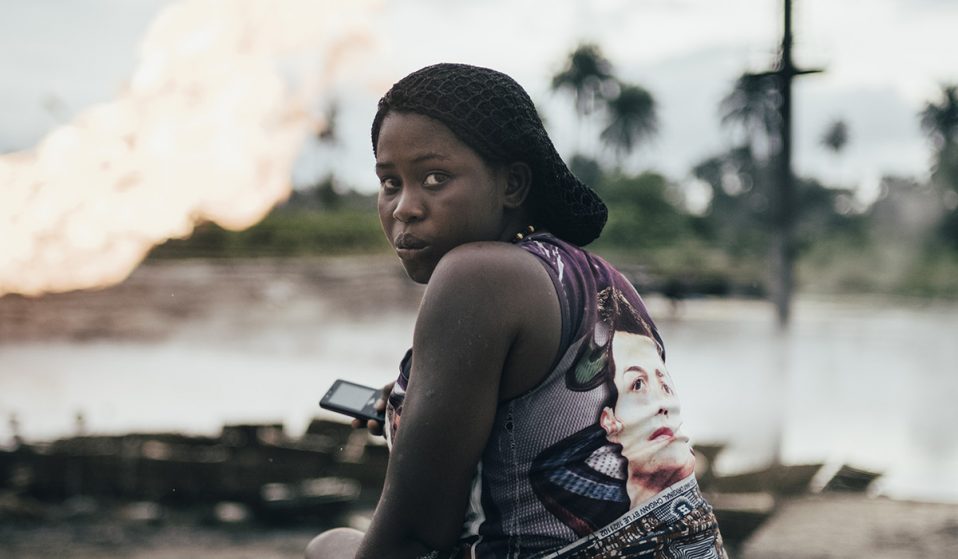 Robin Hinsch reflects on capturing the places in the world where raw materials are extracted from the earth for profit, and the people who make their homes there.

Robin Hinsch reflects on capturing the places in the world where raw materials are extracted from the earth for profit, and the people who make their homes there.

In 2019, when Robin Hinsch was travelling around the Niger Delta with his camera looking to capture the effects of fossil fuel extraction on the environment, he met a man working for a local non-governmental organisation (NGO) named Fyneface Dumnamane. While Dumnamene would show Hinsch around – taking him to the oil fields in the area and introducing him to people who lived around them – they would engage in deep conversations.

The pair would chat about the destruction they saw, the people who were harmed, and the bleak outlook for the future of the environment. Hinsch found these conversations illuminating and inspiring. “He was very charismatic, very talkative,” Hinsch says. “He was almost like an actor – he had a great energy.”

The vast majority of the time, the pair would converse in English, with Hinsch hailing from Germany, and Dumnamene being local to Nigeria, but occasionally when “something really worried him”, Dumnamene would flip to his native Yoruba and use the term “wahala” to express his feelings. “Wahala” roughly translates to English as “trouble” or “turmoil” – and the word resonated with Hinsch. 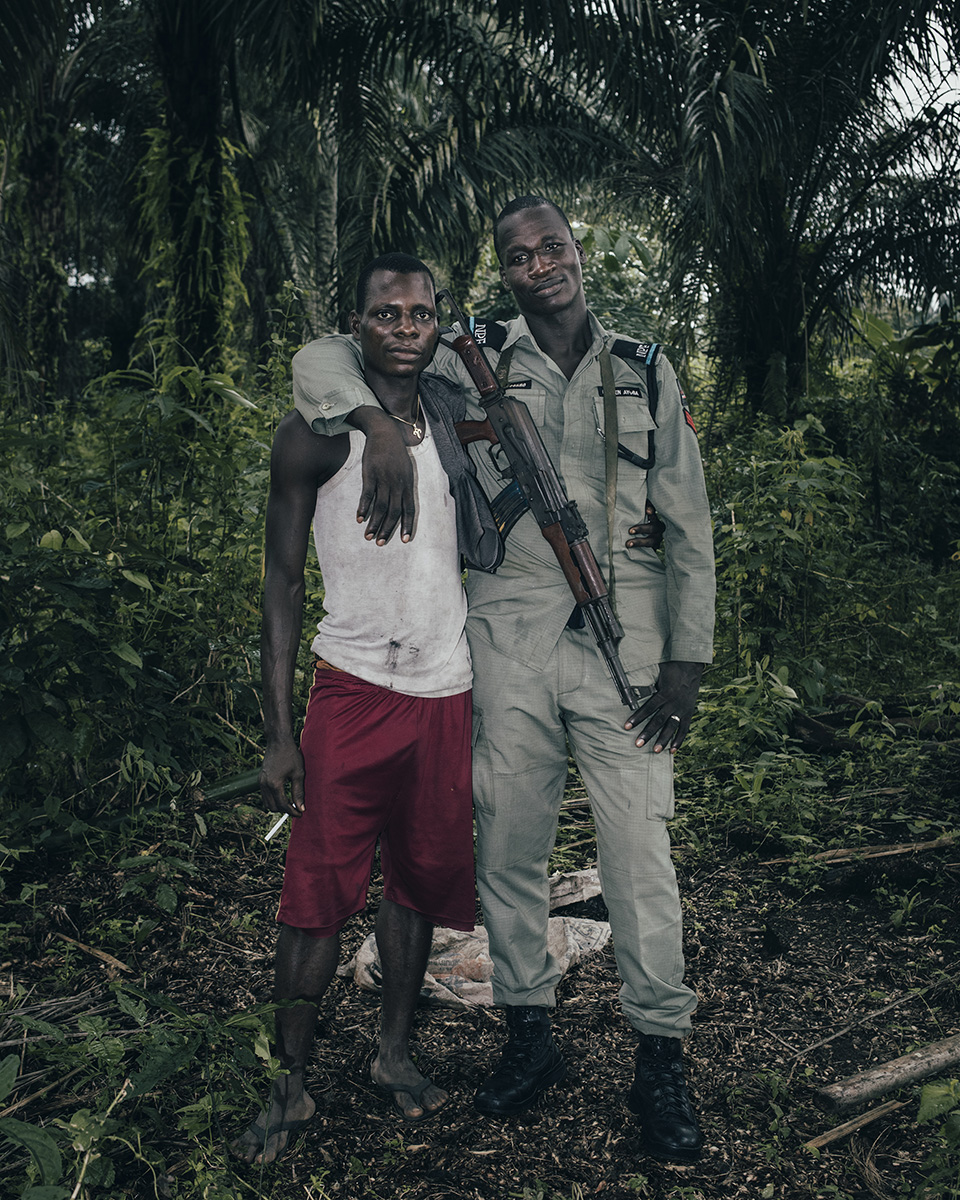 Reuben, a local Police Officer in the Niger Delta, with a friend, Nigeria 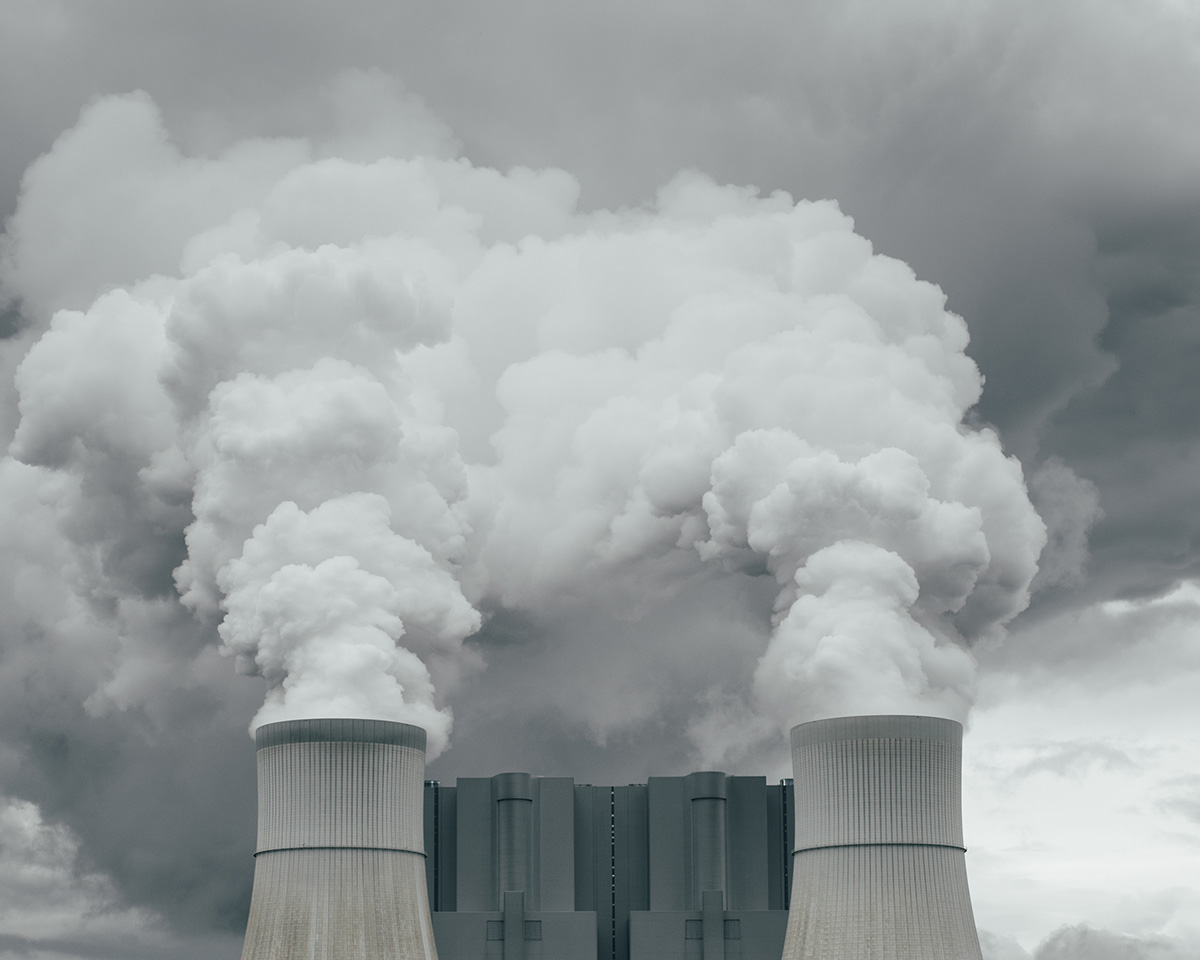 “It somehow stayed with me, because it would have been the same if I had talked to him at my place,” he says. “Maybe when I was really surprised, I would have said something in German, but the term ‘wahala’ came up very often.”

The word stuck with Hinsch so much, that the term has now become the title of his new photobook. On top of pictures he took while visiting the Niger Delta, it also collates shots from trips he also made to the coal mines of Jharkhand in eastern India and the Rhine Valley in Germany, capturing the devastating effects of fossil fuels on the local landscapes and people.

Wahala’s photographs are bleak and hellish, with smoke and fire billowing from the ground – a pictorial representation of the world burning. With so much damage and devastation visible, particularly in the book’s landscapes, it becomes difficult to discern where each picture was taken – instead the focus is on the singular planet that we live on.

“I like to fragment the locations,” he says. “I tried to make the point that although [fossil fuel extraction] is happening over there, it’s not only their problem, and it’s not only our problem.” 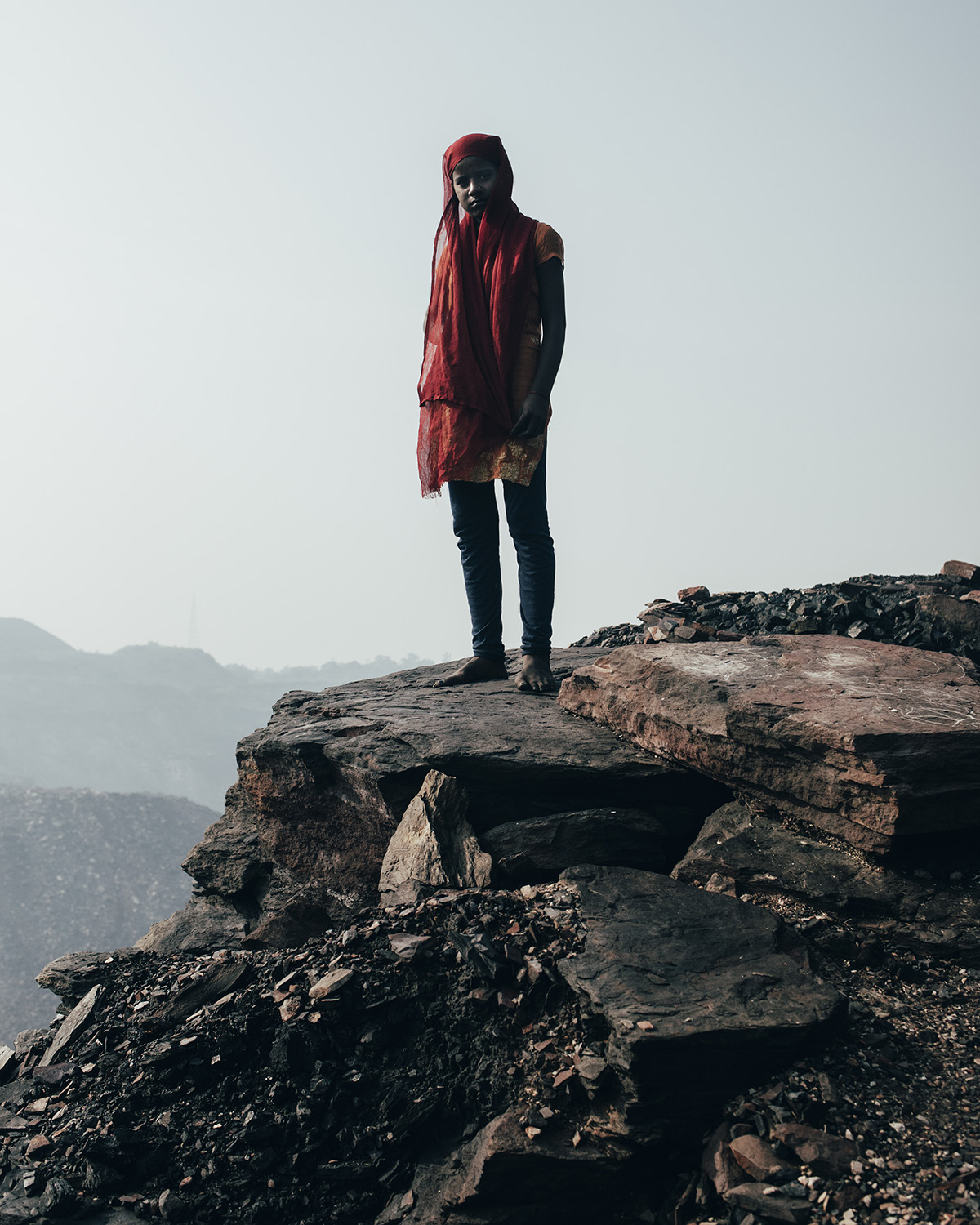 A childworker -Suhani kumari- in an open cast mine in Dhanbad, India 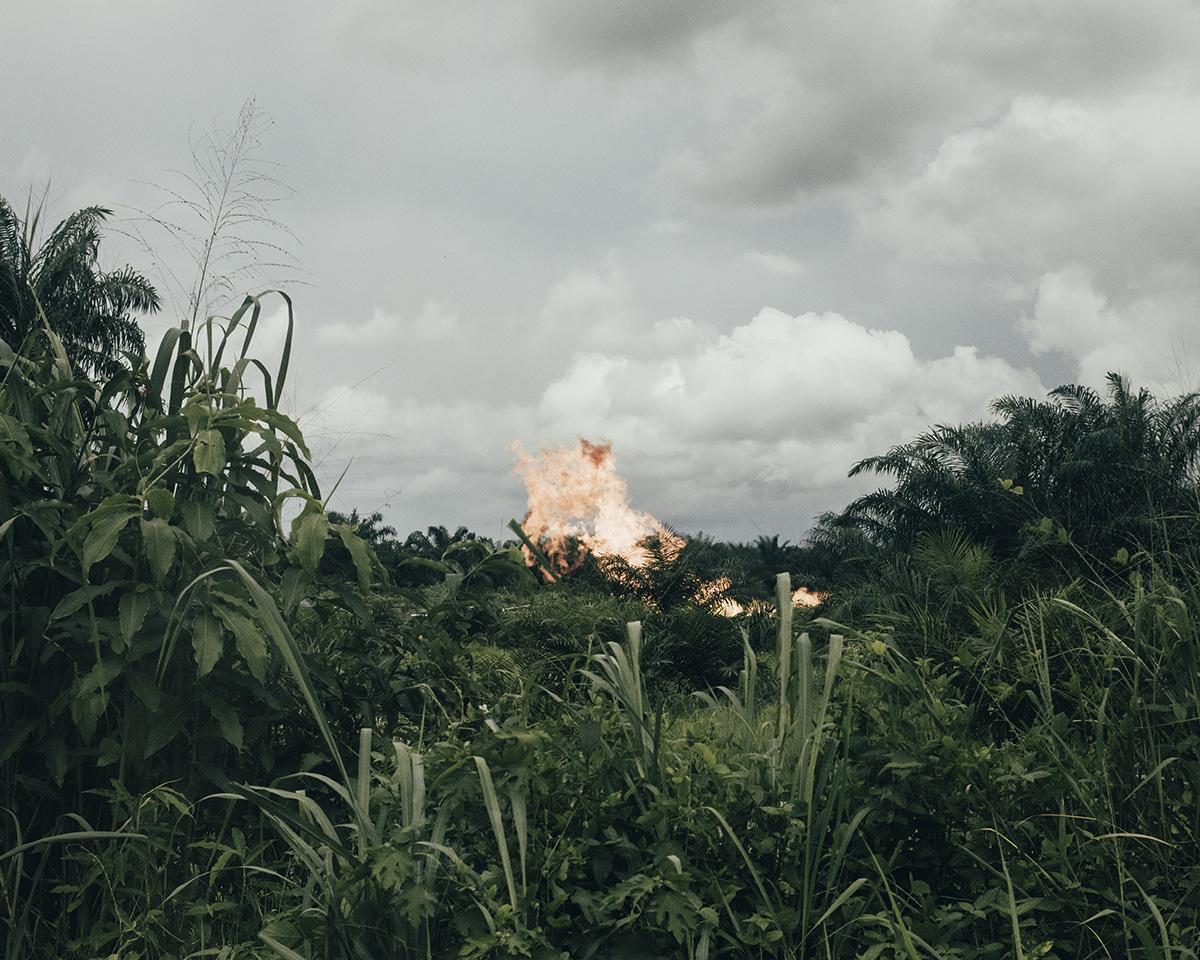 While people in the West discuss ways to prevent an incoming climate catastrophe, what Hinsch saw was that an imagined future for many was already the present in areas he visited. “In Jharkand, you have massive extraction of fossil fuels, and big generational wealth, but the place is totally ruined,” he says. “You already have this totally apocalyptic catastrophe.

“In the Western world people are thinking: ‘Can I drive today? Maybe tomorrow the world will be in ruins because I put 50 litres in my car,’” he continues. “But in the Niger Delta for example, where [much] of the world’s diesel is coming from, people in these poorer places – places that have been exploited since the colonial times – already live in this hell.”

Life is tough for these people, with very few seeing any economic benefits from the natural resources being mined in their areas. “Most people have no chance to participate in it,” Hinsch says. “They are completely excluded from job opportunities, from livelihoods – it’s not like they are coming and saying: ‘Okay, we’ve taken you coal, but we’ve built 30 beautiful schools.’” 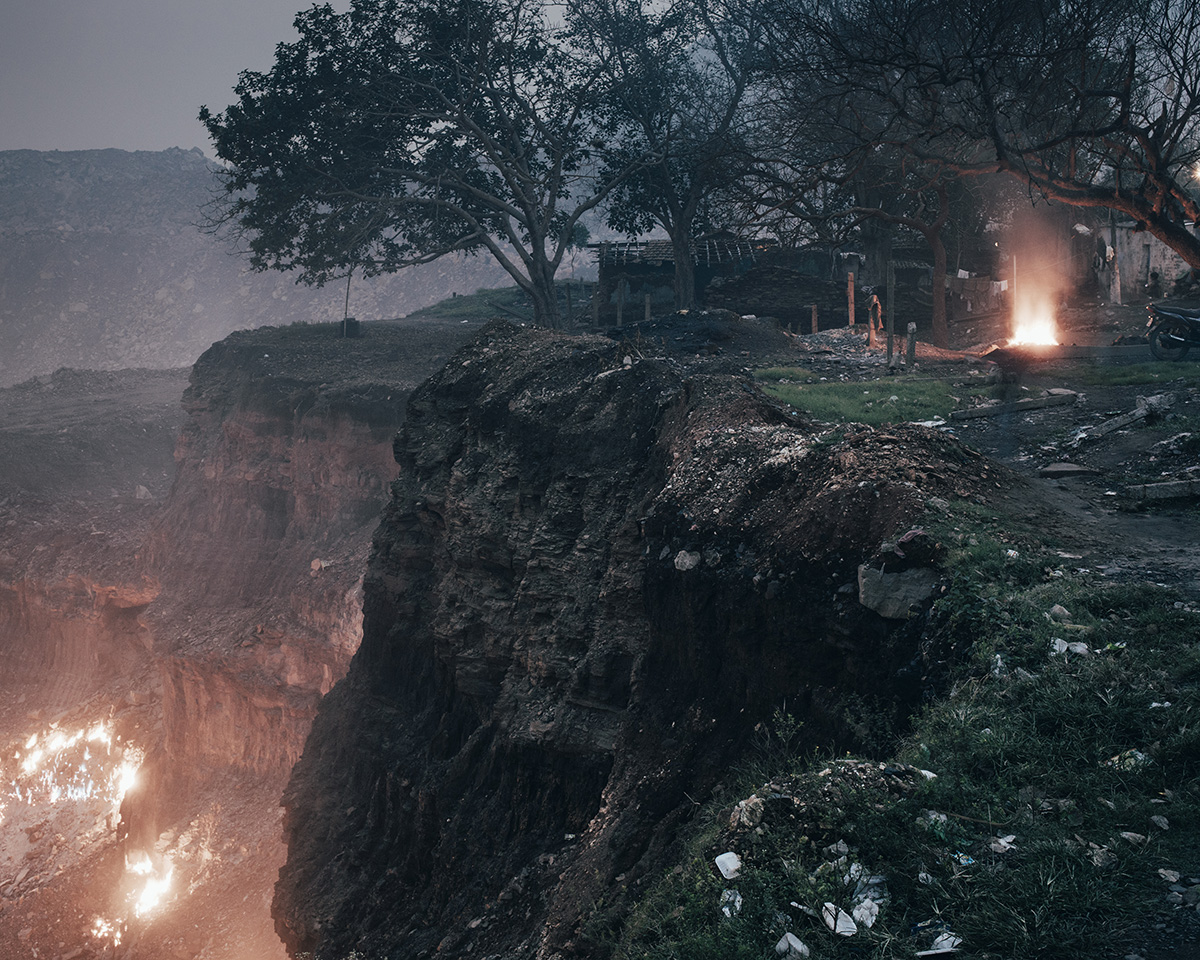 A fire in an open cast mine in Dhanbad, India

Despite this, their stories are of full of resilience, something that shines through in the photographs. Many have found ways to make livings for themselves independently of any oil, gas or coal companies.

“In India and in Nigeria, because of the poor conditions of the area, most people tap or hack into the systems,” he says. “In Nigeria you have a lot of people who drill into the pipeline or steal barrels from the tankers.

“The people are not completely depressed – people can adapt very well to the situations,” he continues. “They still believe that everything will be good in the end – there’s still strength. It’s not a collection of victims.” 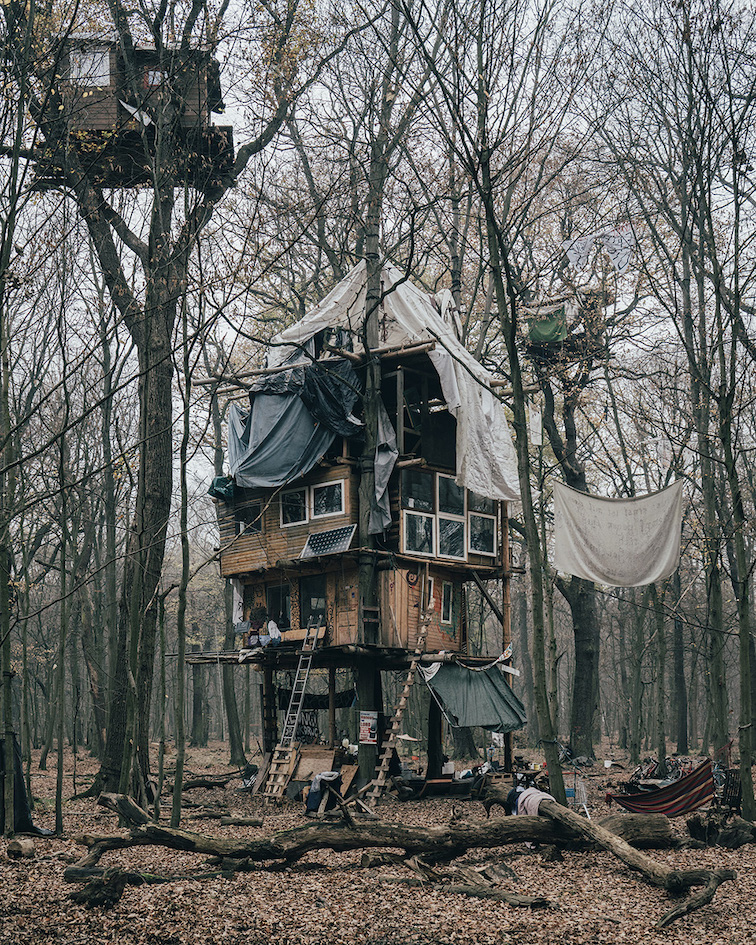 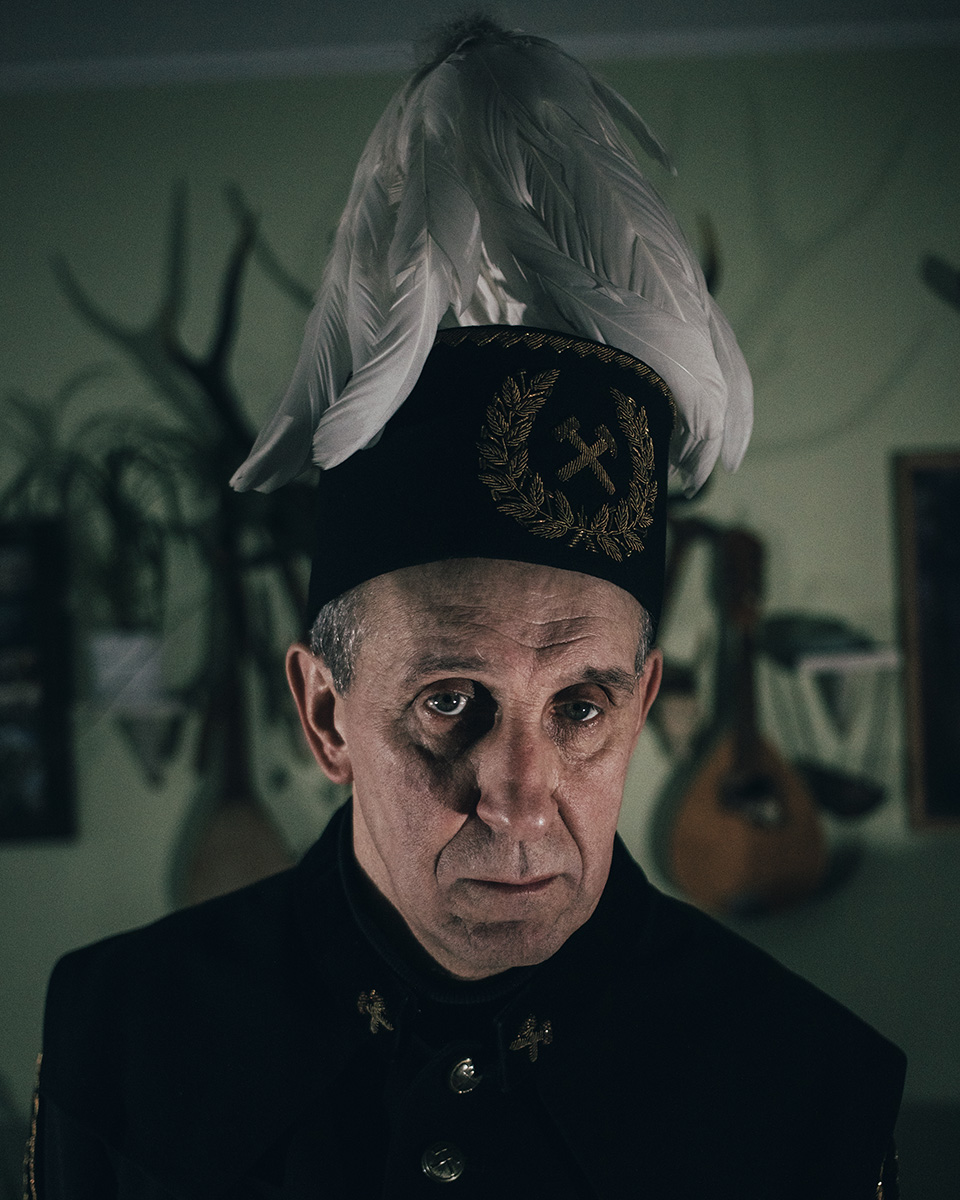 Portrait of the former Miner Roman Janiszek in Walbryzch, Poland 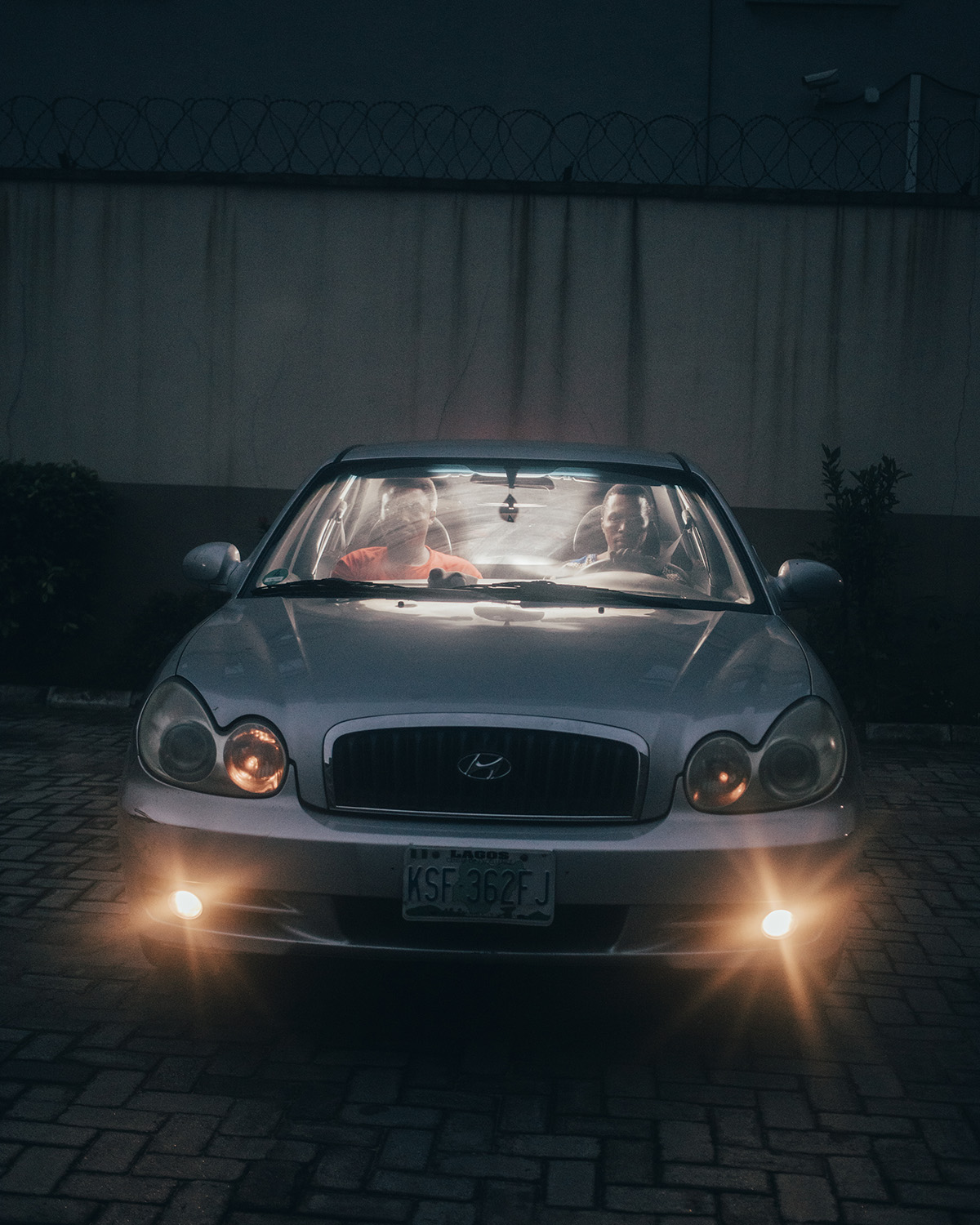 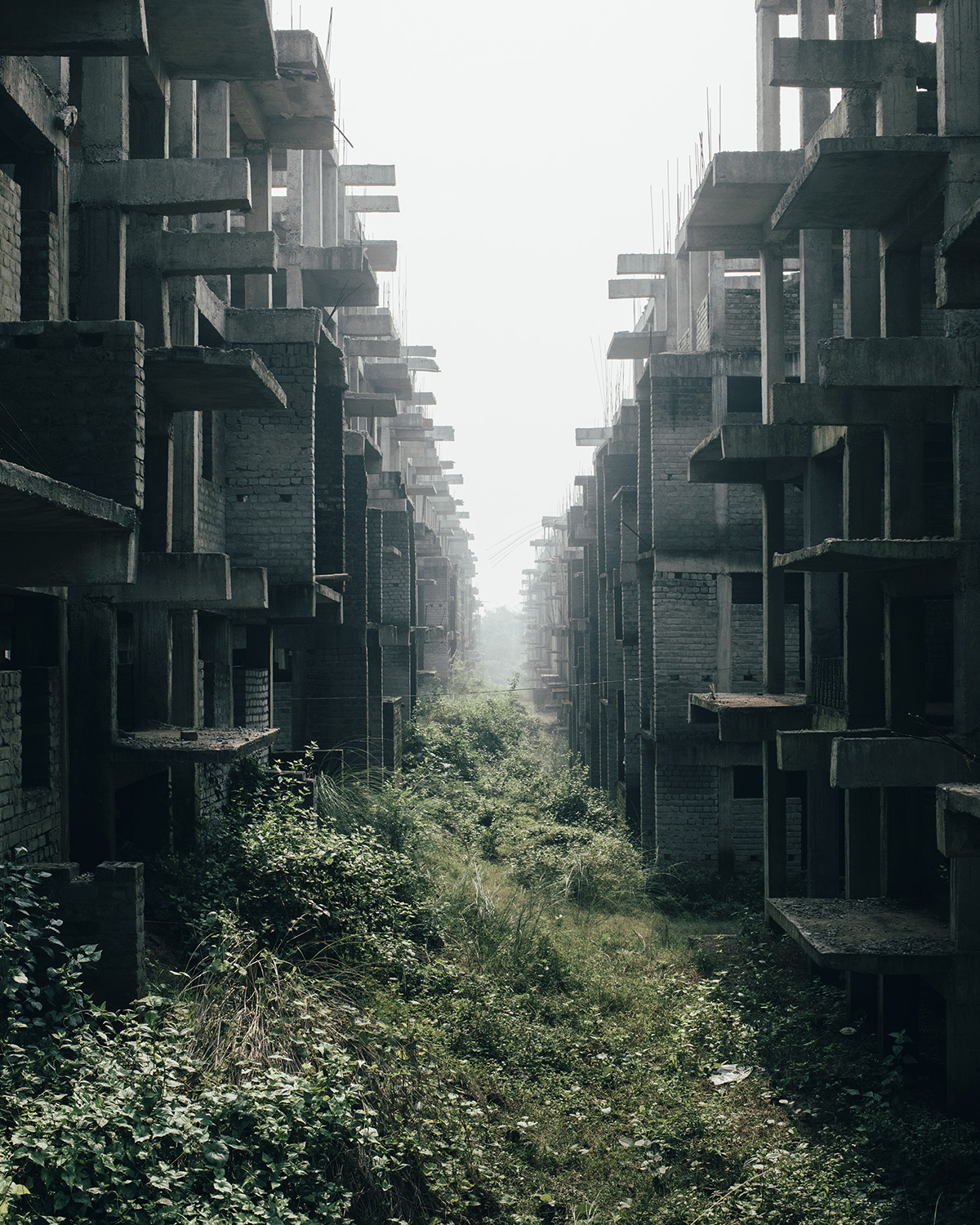 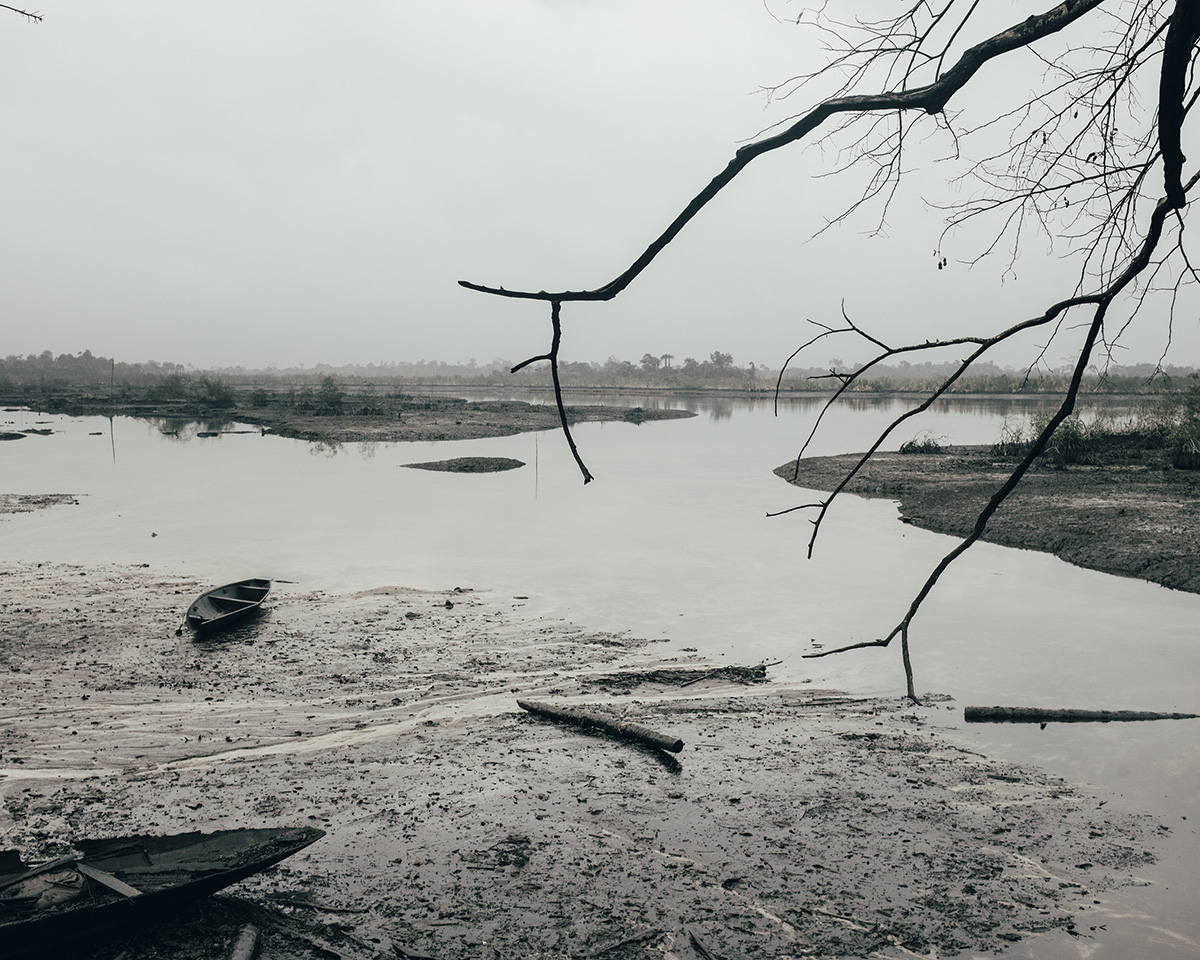 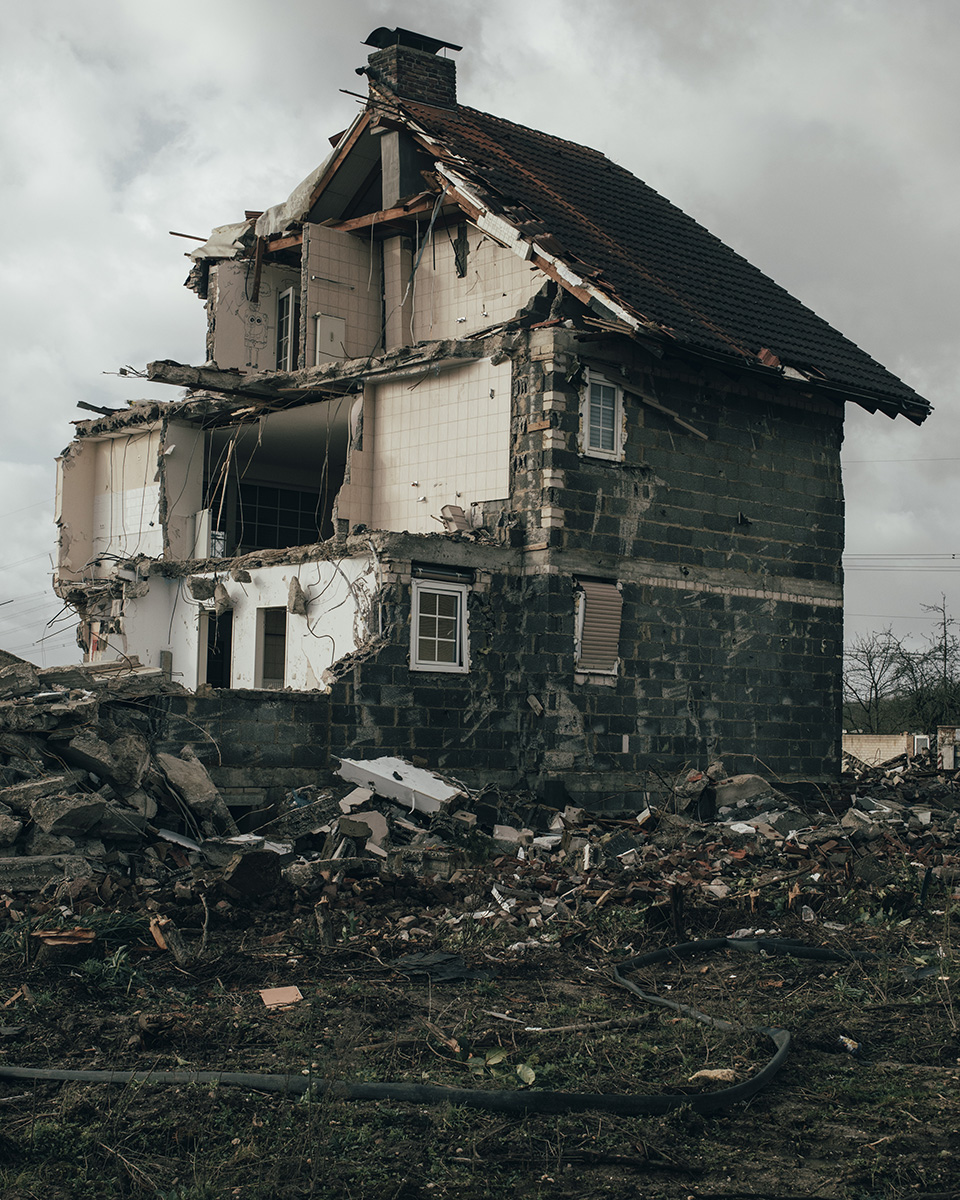 Destroyed House in Manheim, Germany. The village is beeing destroyed to make way for the near by open cast mine.

Wahala by Robin Hinsch is published by Gost Books.

Linkedin
OTHER ARTICLES
At his West Bank restaurant, Fadi Kattan established himself as the voice of modern Palestinian cuisine. Now, he’s bringing his innovative, bold flavours to the UK’s capital.
As she gears up for the release of her first book, the 24-year-old climate activist talks standing up to authority and building a more inclusive movement.
A recent High Court ruling against the right to wild camp in Dartmoor National Park sparked the largest land protest in history – and campaigners say their fight is not over yet.
Filmmaker Laura Poitras discusses her new documentary which traces the remarkable life of the artist-activist and the impact of her battle against the US opioid crisis.
Photographer Sean Maung reflects on documenting a small town in Pennsylvania afflicted by high levels of unemployment, poverty, violence, crime, and addiction.
Following the release of his debut single, Deyaz talks battling addiction, dealing with his struggles through music, and building a budding music career from his living room.