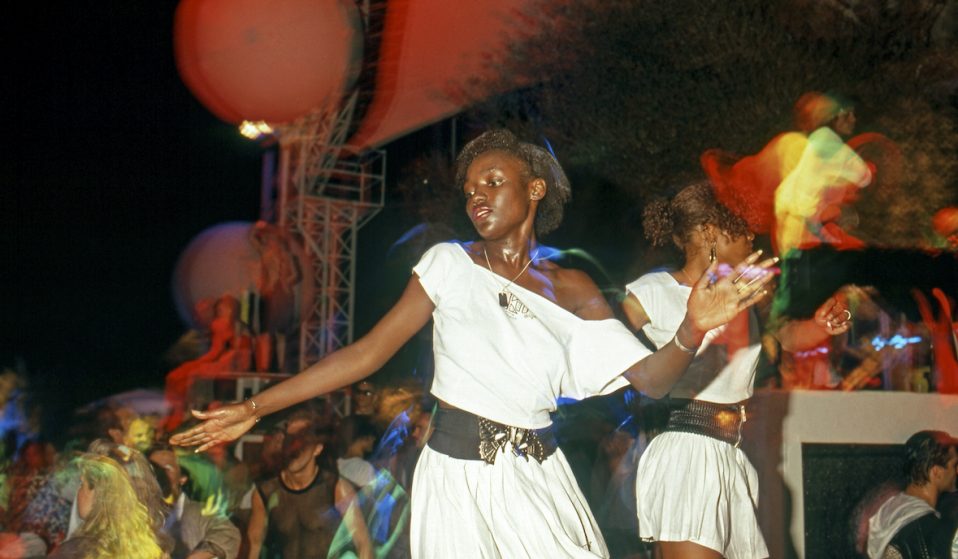 Photographer Dave Swindells remembers shooting Ibiza's open-air superclubs and daytime beach raves at a moment when the Island was on the cusp of a rave revolution.

Photographer Dave Swindells remembers shooting Ibiza's open-air superclubs and daytime beach raves at a moment when the Island was on the cusp of a rave revolution.

In the 1980s, Ibiza emerged as a sundrenched mecca for club-culture tourism. Pacha, Amnesia and Ku Club had opened their doors, and word of Ibiza’s uncrowded beaches and rolling hills spread across the shore.

At the time, photographer Dave Swindells, then in his mid-20s, was working as Time Out’s Nightlife Editor, capturing London’s vibrant club scene for the magazine. Swindells had heard about Ibiza’s unrivalled nightlife from four of the most prominent British DJs at the time – Paul Oakenfold, Danny Rampling, Nicky Holloway, and Johnnie Walker – after their revelatory holiday there. After the DJs returned to the UK, they set out to establish the Island’s sound in the UK with missionary zeal. 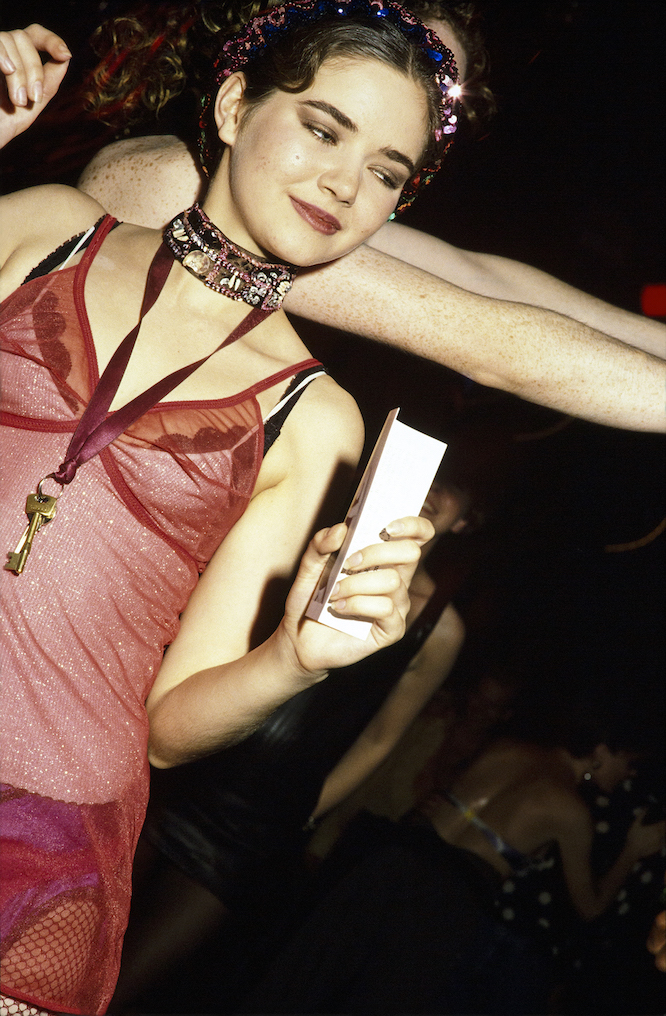 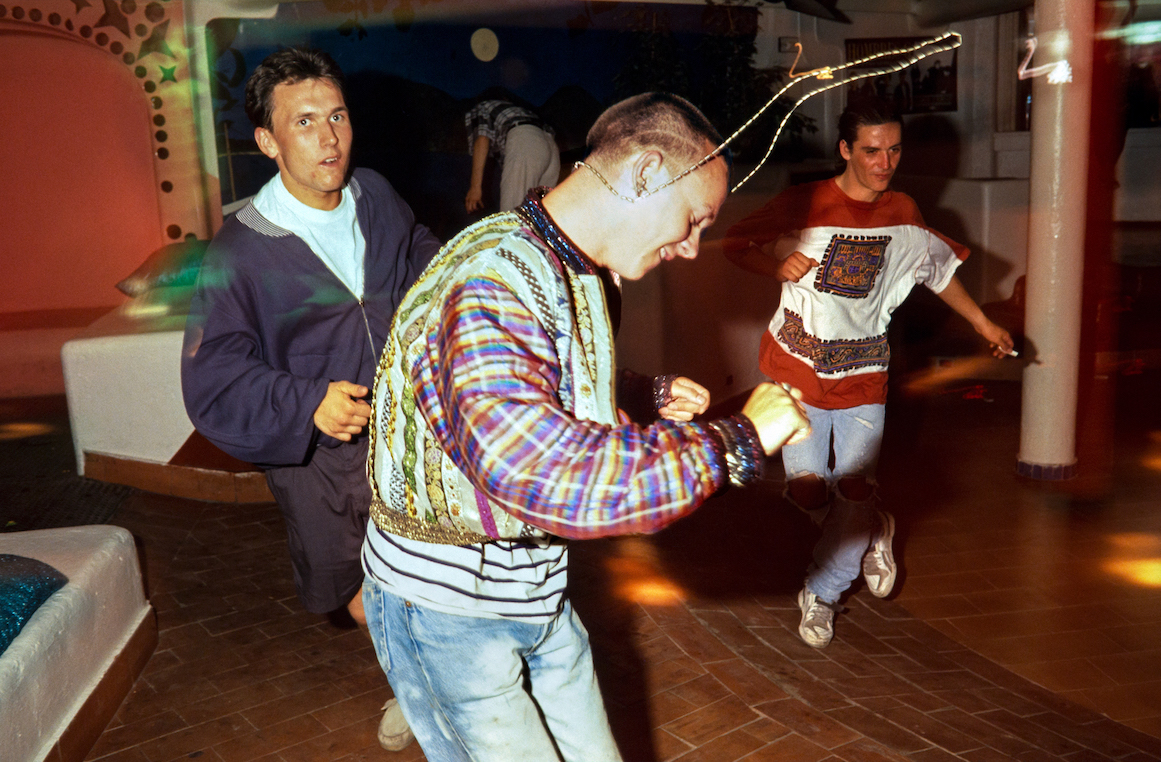 A year later, in June 1989, Swindells headed out to Ibiza for a week for the first time on an assignment for Time Out’s sister magazine, 20/20, along with the writer Alix Sharkey. It was the first of many visits to the Island for Swindells, which usually consisted of two-day trips spent mainly at the clubs, squeezing in a couple of hours of sleep a night. The photographs from this initial trip are now collected in a new book, Ibiza ’89 (published by IDEA), which is set to be reprinted early in March.

At the time, Ibiza was on the cusp of the rave era, as the Island’s eclectic dance music scene (which had been dubbed Balearic Beats in the UK) gradually shifted towards the house and electronic beats that would dominate the ’90s. Radio 1 would establish its weekend broadcast from the island in 1995, the TV show Ibiza Uncovered would first air on Sky One in 1997, while the Island’s hedonistic nights became tabloid fodder for the international press.

“The acid house and Balearic Beats revolution had transformed the club scene in London in 1988,” remembers Swindells, “so in 1989 we went to see where Balearic Beats had come from and what might happen next in Ibiza.” He says he would often encounter the same crowds he’d photographed in London gallivanting around Ibiza. Along with the influx of British club tourists, Swindells recalls the venues attracting a very diverse crowd of Europeans with their own distinctive styles and music tastes, which, he says, “was part of the fun”. 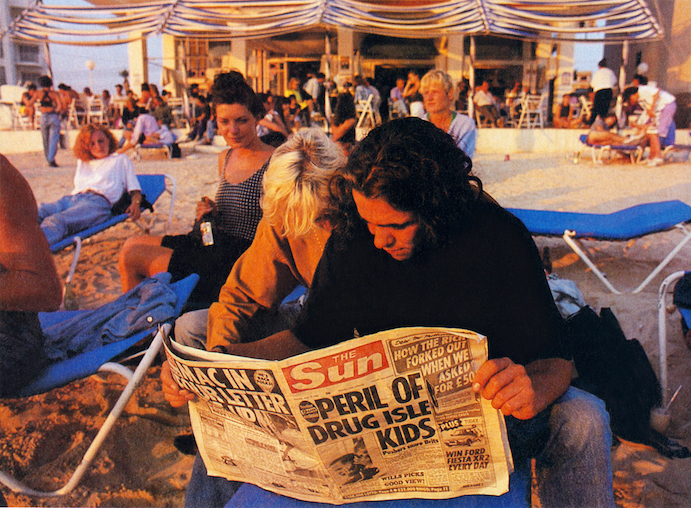 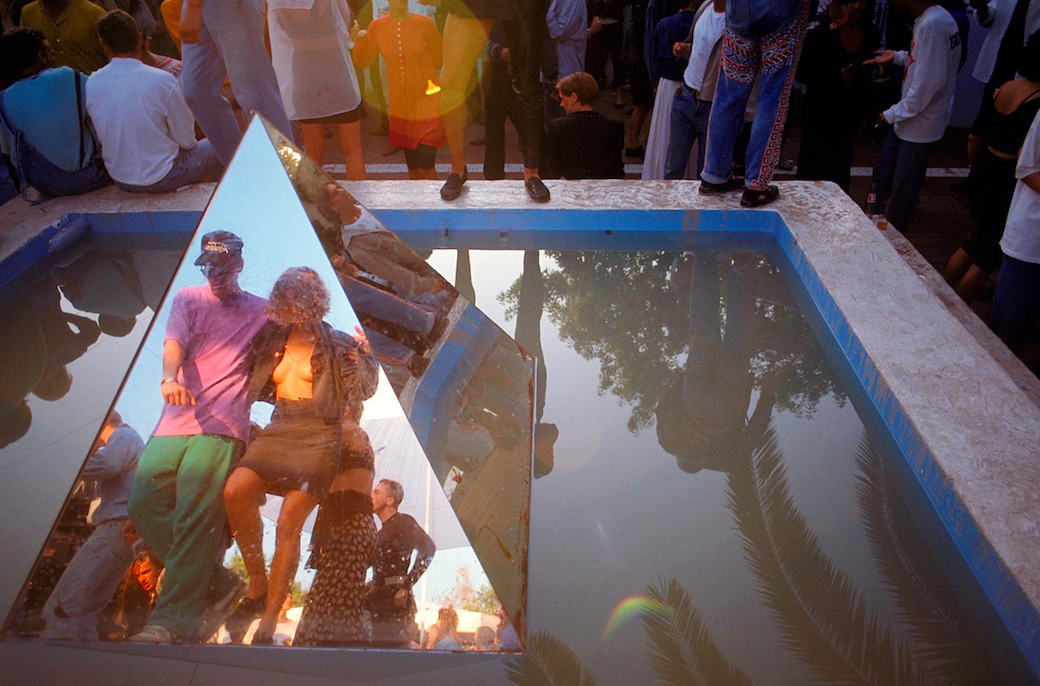 “It was very carefree,” he continues, “It didn’t feel like there was a dark side – not like people high on ketamine falling about. It was all very beautiful, with plants everywhere and the sun coming out through the palm trees.” Many of the book’s dancefloor shots were taken in Amnesia after the sun had come up, which offered a photographic advantage both for the scenery and from a technical point of view. “You could take a picture without flash blinding people and interrupting their reverie,” Swindells explains.

Before the emergence of the corporate superclub, there was, at the time, a strong feeling that something new was being discovered. “It was one of the first times that British people were appreciating the European subcultural experience,” reflects Swindells. “The clubs were more advanced than the clubs in the UK at the time; they had superclubs before we’d even thought of it.”

“Berlin at the time had an intense, underground club scene, whereas Ibiza had been attracting a pan-European crowd of bohemian socialites since the late ’70s,” he adds. According to Swindells, this moment in time marked a shift away from the music popularised in London during the ’80s hailing from New York, Philadelphia, Chicago, and Detroit, to sounds originating in Europe – from Balearic Beats to Italia Disco, German Techno and Belgian New Beats. Post-Brexit, these photos have taken on an added poignancy, Swindells notes.

When exactly Ibiza’s clubs will be able to open their doors again, and in what capacity, remains uncertain, but Swindell is confident about one thing: “After Covid, people will want to embrace partying experiences again.” Does he have any regrets from his clubbing days that he’d like to do over? “I just wish I’d concentrated on the music a bit more.” 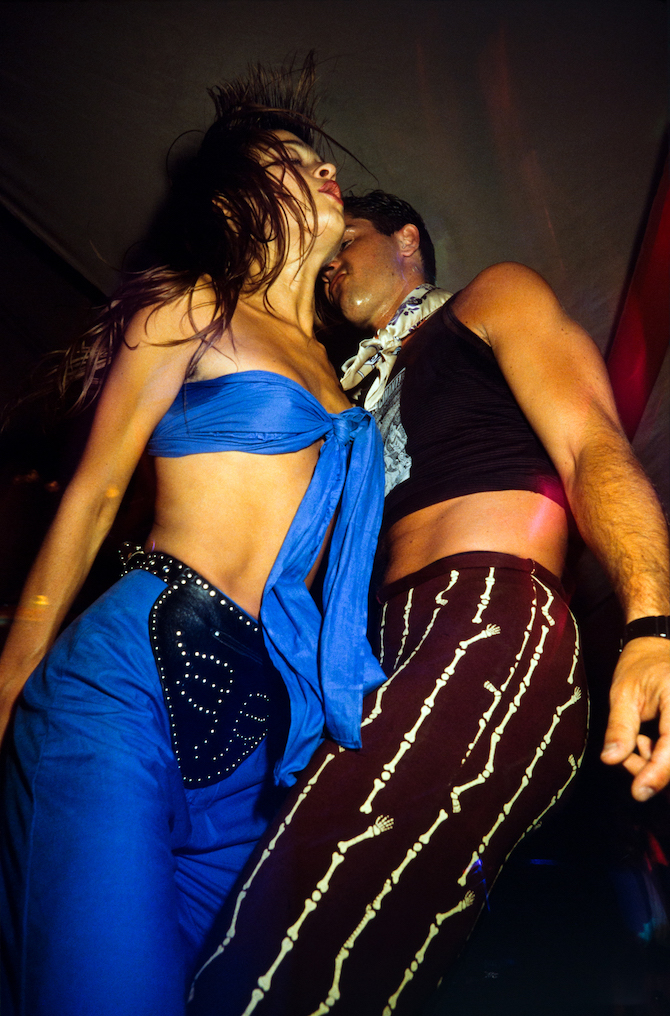 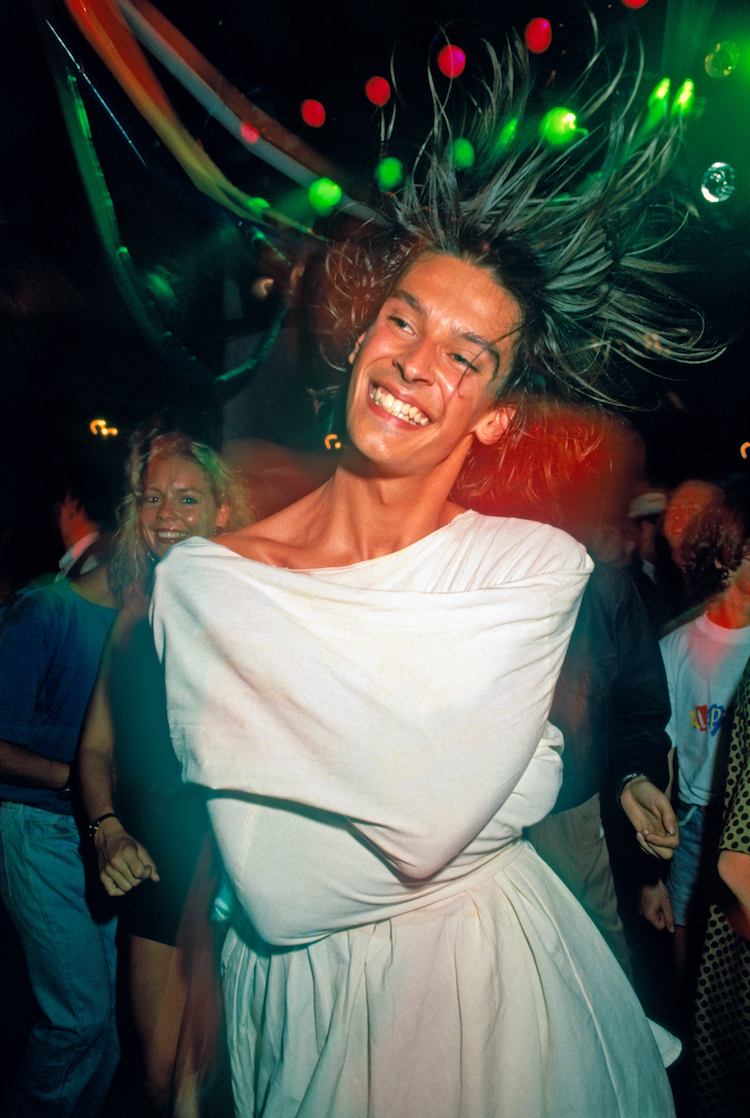 Mark in straitjacket at Pacha 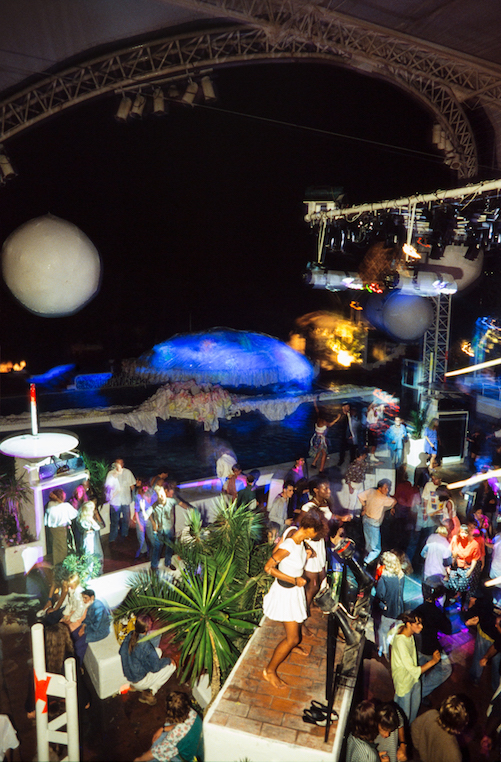 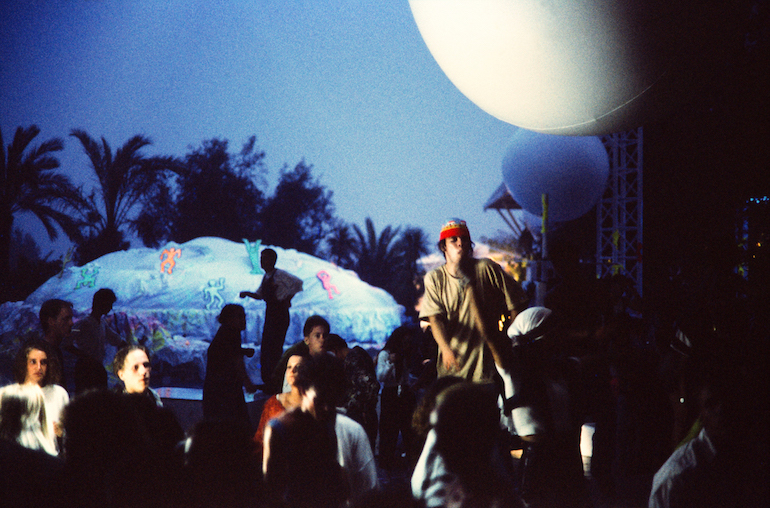 Ku Club in the rain 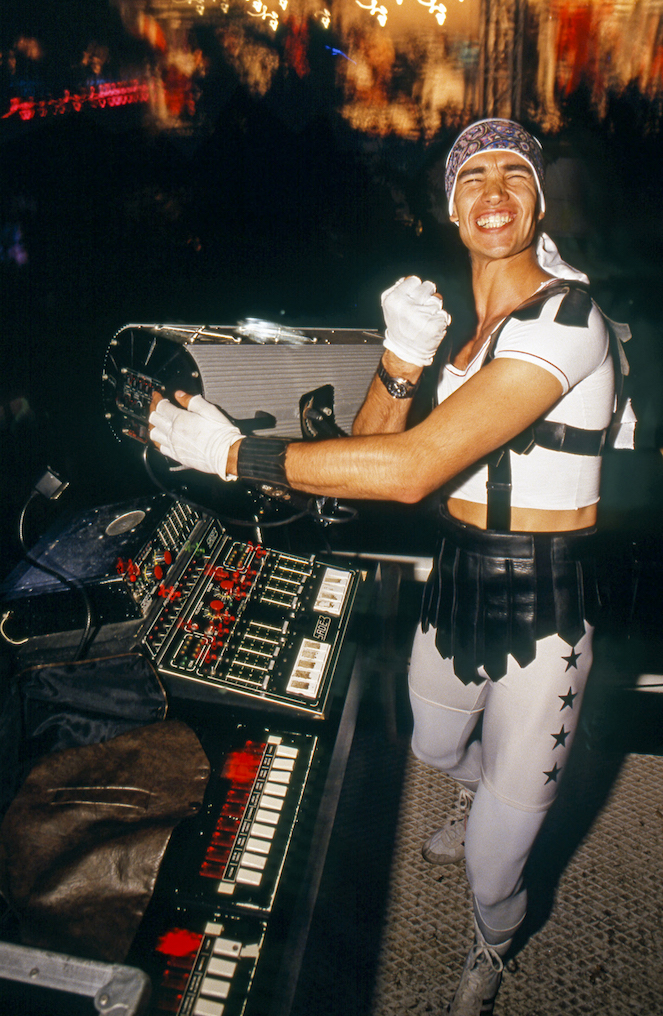 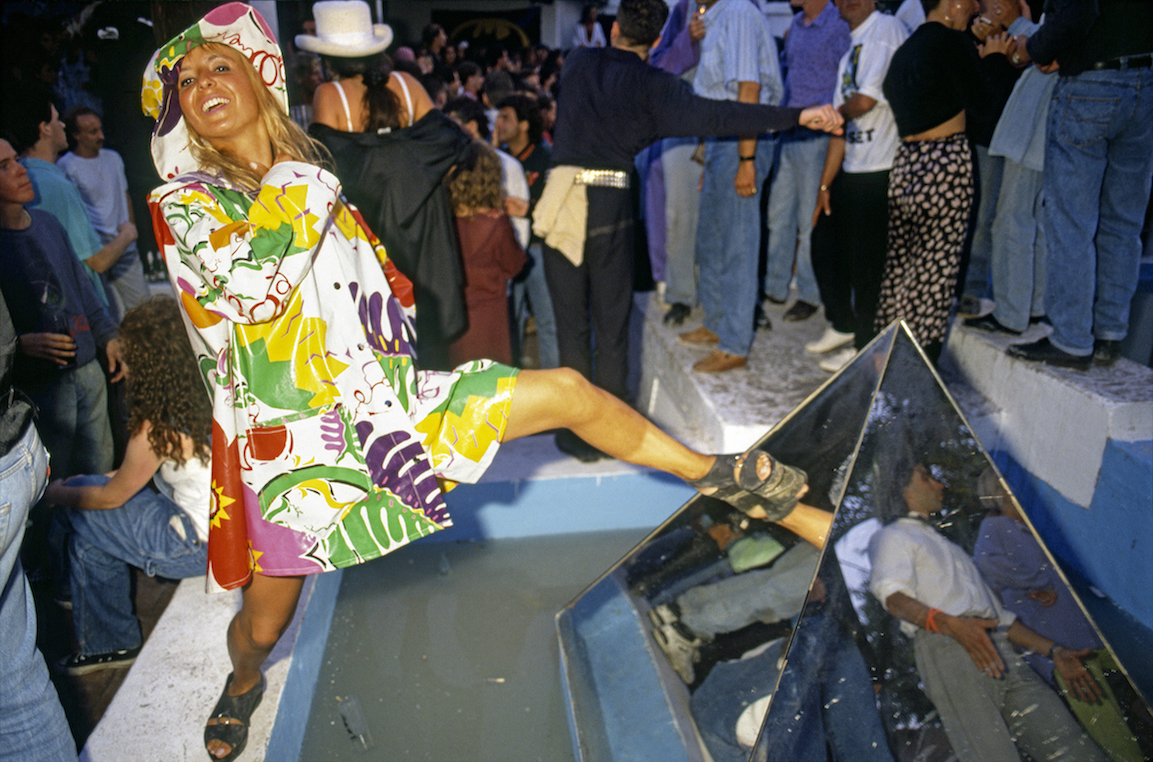 Jules Richmond (aka Billy) at Amnesia 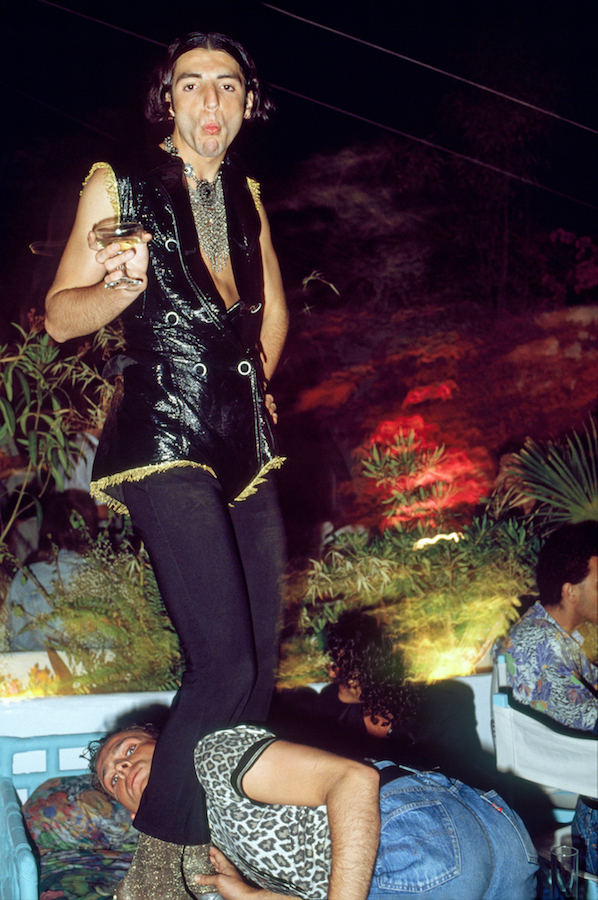 Enrique (standing), a dancer from Pacha and Ku, at Amnesia 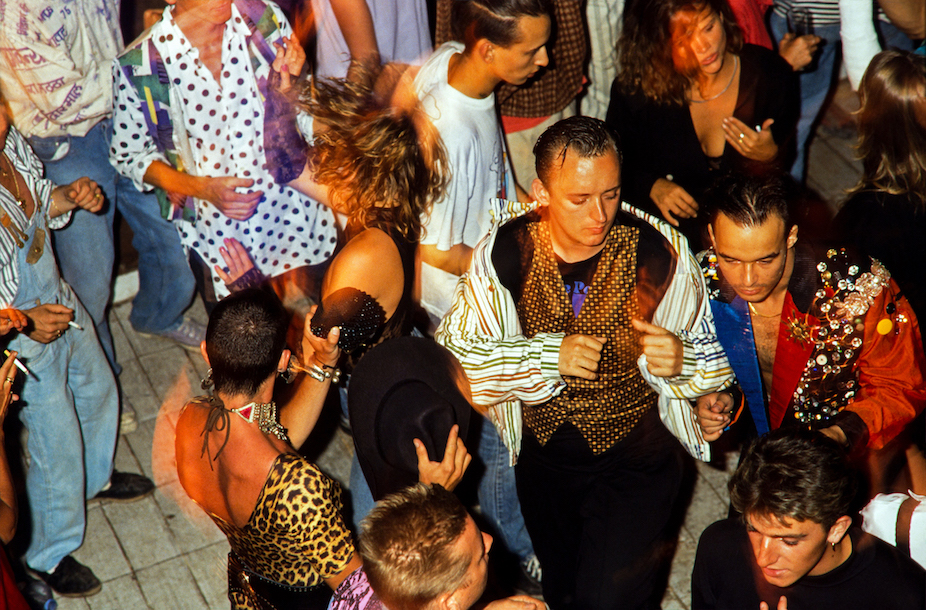 Boy George and friends at Amnesia 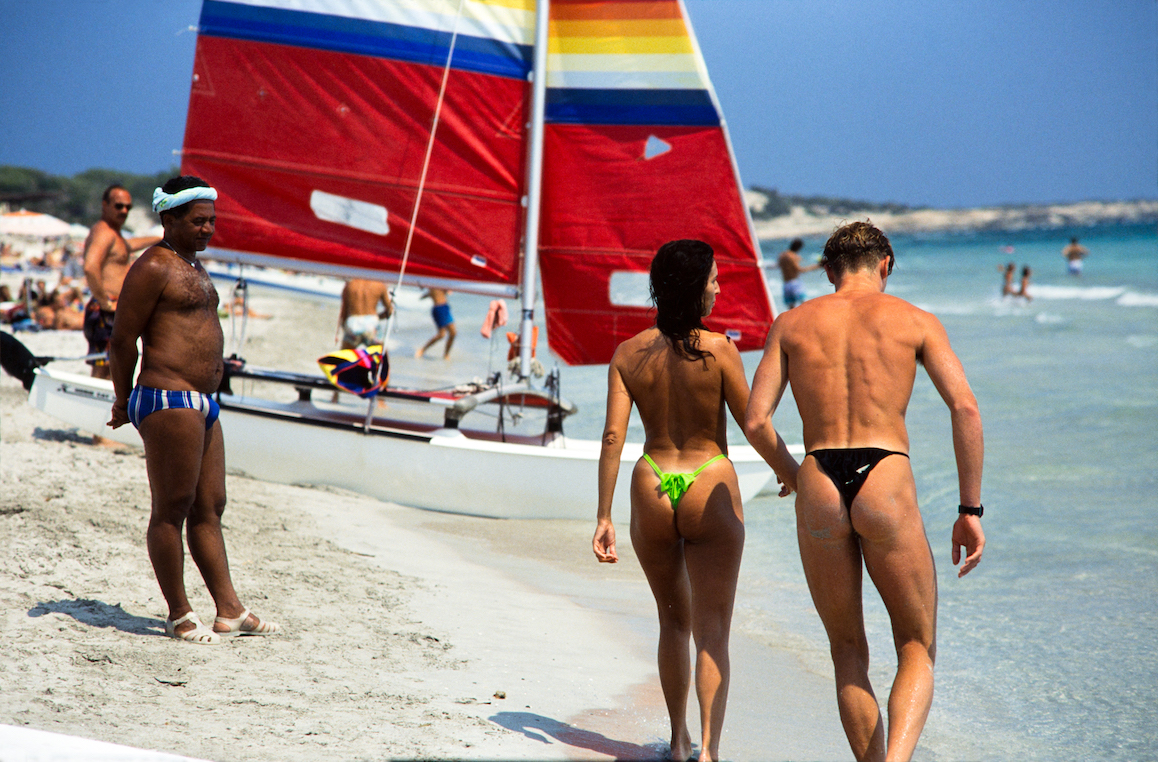 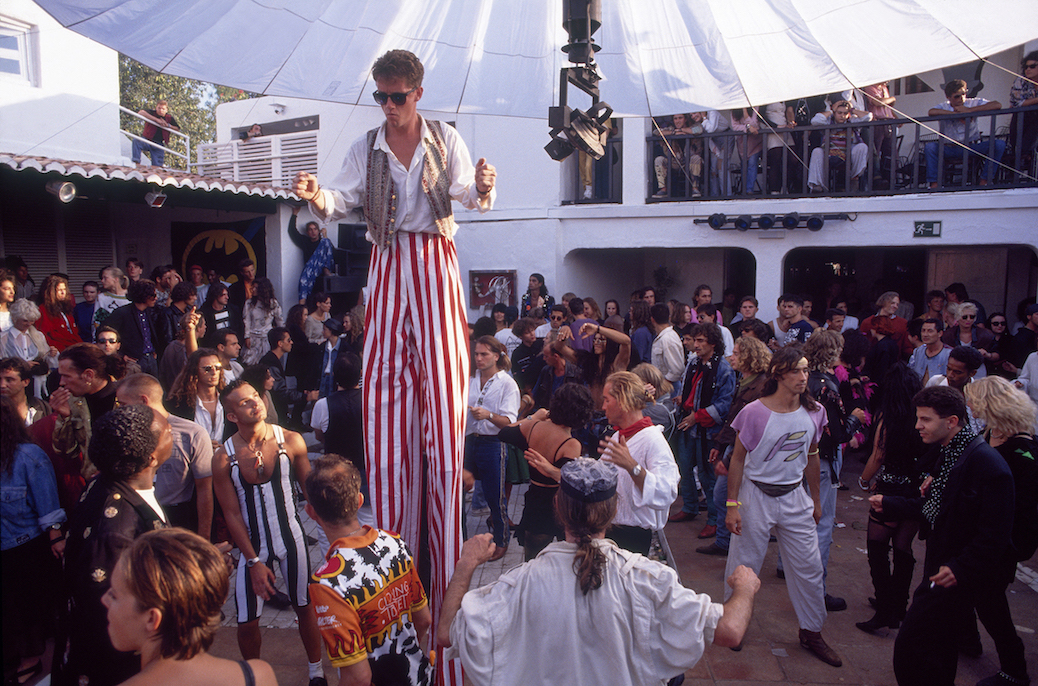 Get in touch with IDEA Books to be notified about the republication date of IBIZA ‘89.

Linkedin
RELATED ARTICLES
OTHER ARTICLES
A new podcast is opening up the conversation between trans women and trans amorous men in the hope of building coalitions.
After a two-year hiatus and a new album, the Nigerian artist is riding high. Now, he wants to bring his alternative, genre-bending sound to the world.
Campaigners reflect on what the supreme court’s decision to allow buffer zones in NI means for the future of reproductive rights in the UK.
Yohon Tatum, aka Legendary Father of the House of Tisci, reflects on nurturing a new generation of talent.
A new film from Berghaus traces the story of Adam Raja, who left behind a turbulent upbringing to discover the healing power of climbing.
The pro skateboarder withdrew from the 2020 Olympic Games so he could come out as trans. Now, he’s hoping to encourage others to live as their authentic selves – within the sport and beyond.