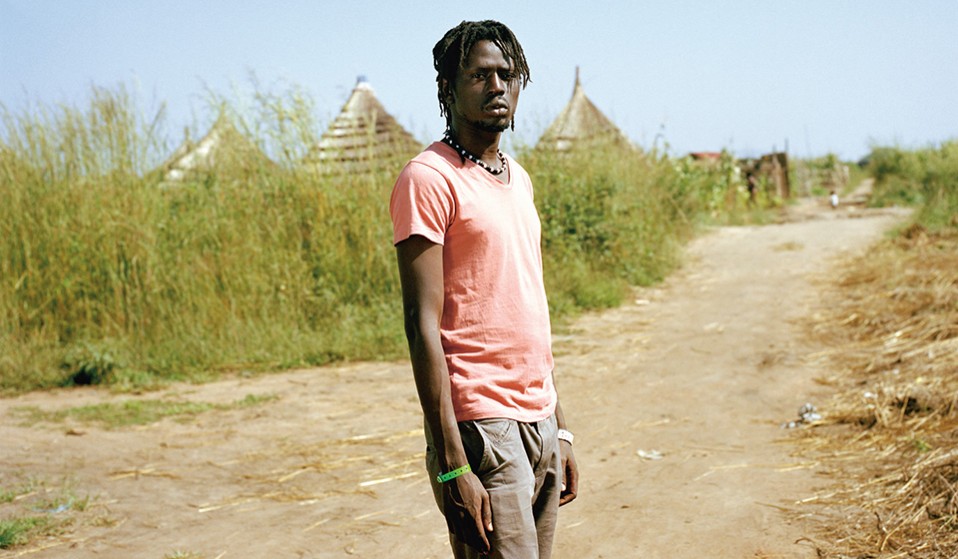 From political prisoners to former child soldiers, photographer Sascha Kraus has travelled the globe documenting outspoken figures doing what they do best: rapping for survival.

From political prisoners to former child soldiers, photographer Sascha Kraus has travelled the globe documenting outspoken figures doing what they do best: rapping for survival.

Photographer Sascha Kraus spent six years travelling to 13 countries, meeting with 43 artists who all use rap music as a vehicle for positive social change.

The idea to turn it into a book started when he met Darryl McDaniels – better known as D.M.C from hip hop icons Run D.M.C. – in South Sudan.

The rapper was there to promote peace in an area fraught with conflict and he connected with people by talking about the freedom of expression, the need for a creative outlet.

Kraus wanted to unite outspoken hip hop artists doing exactly that all over the world, whether it was defying oppressive regimes or fighting for peace in war zones. 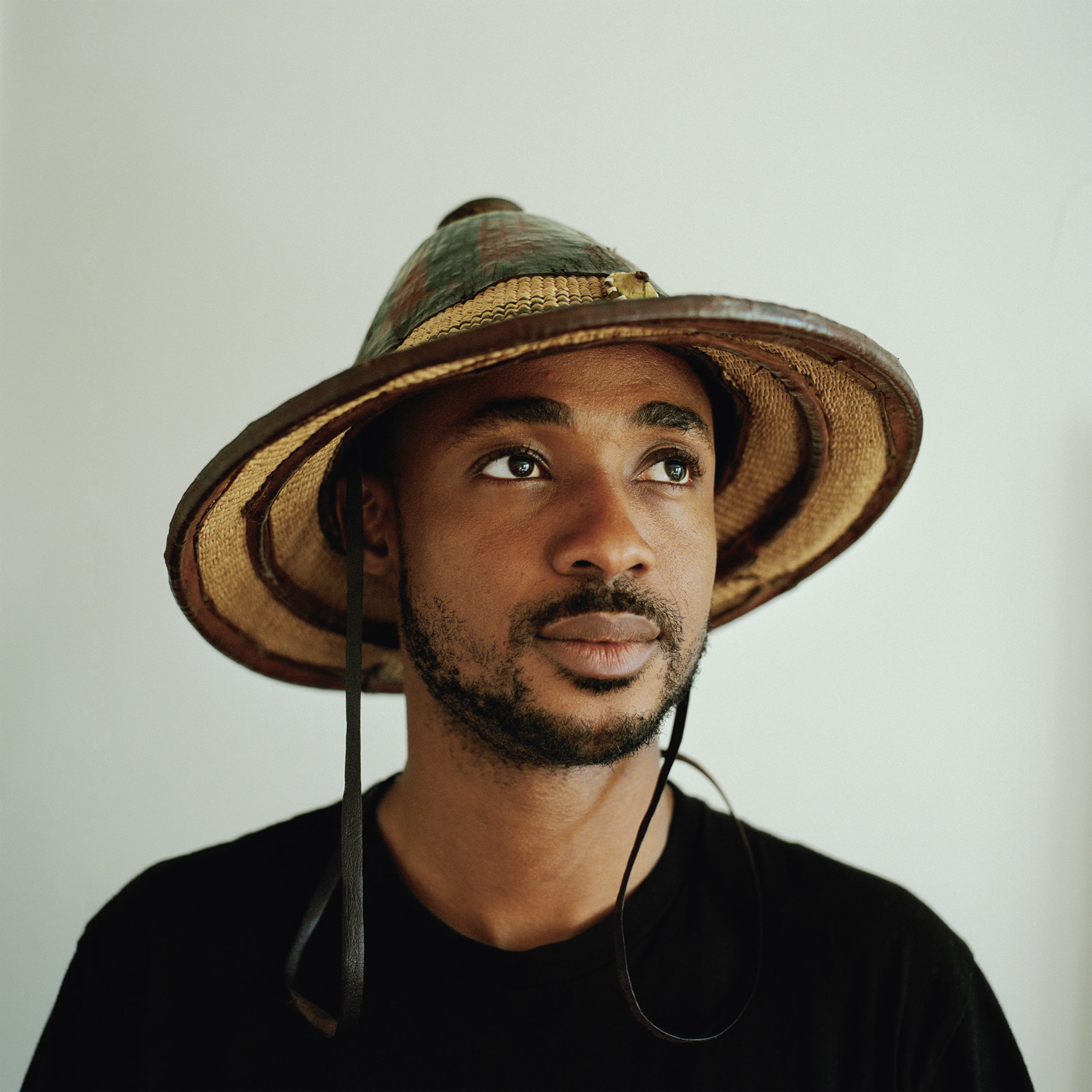 Amkoullel, Mali: “Nobody is going to come to save us; we have to make things change on our own.”

The photographer quickly realised he wanted interviews to illuminate the images, and then lyrics to complement the personality.

Sometimes one rapper would connect to him another, sometimes Kraus was simply attracted to good music with a strong message.

Once a graphic designer friend helped to physically shape the project into a stack of records – a symbol of where it all started – the momentum took care of itself. 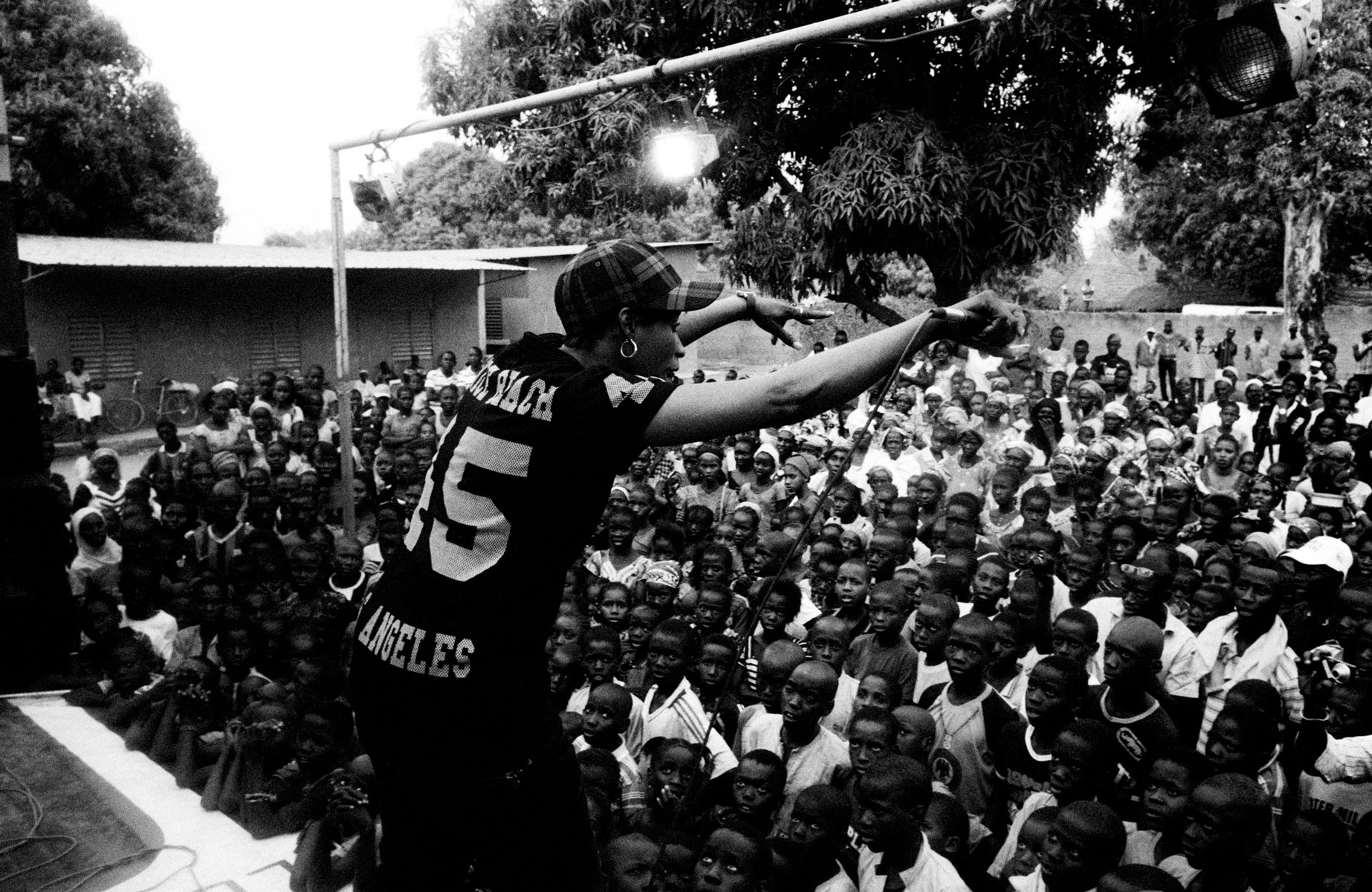 Sister Fa, Senegal: “It is really hard to change mentalities and that is why we have to focus on the younger generation – because they can make the difference.”

The result is an enormous book packed with insight about the universal power of hip hop: how it can address complex issues directly, in everyday language, while wielding a more effect impact than politics or military action.

Who were the first rappers that set you off on this six-year journey?

Back in 2010, I met some inspiring artists in Cambodia who really cared for their fellow people. They wanted to communicate about the conditions they were living through and the ability to bring about change, to tell people how important it is to get an education in order to be able to decide what is best for oneself – and not to simply obey a regime. 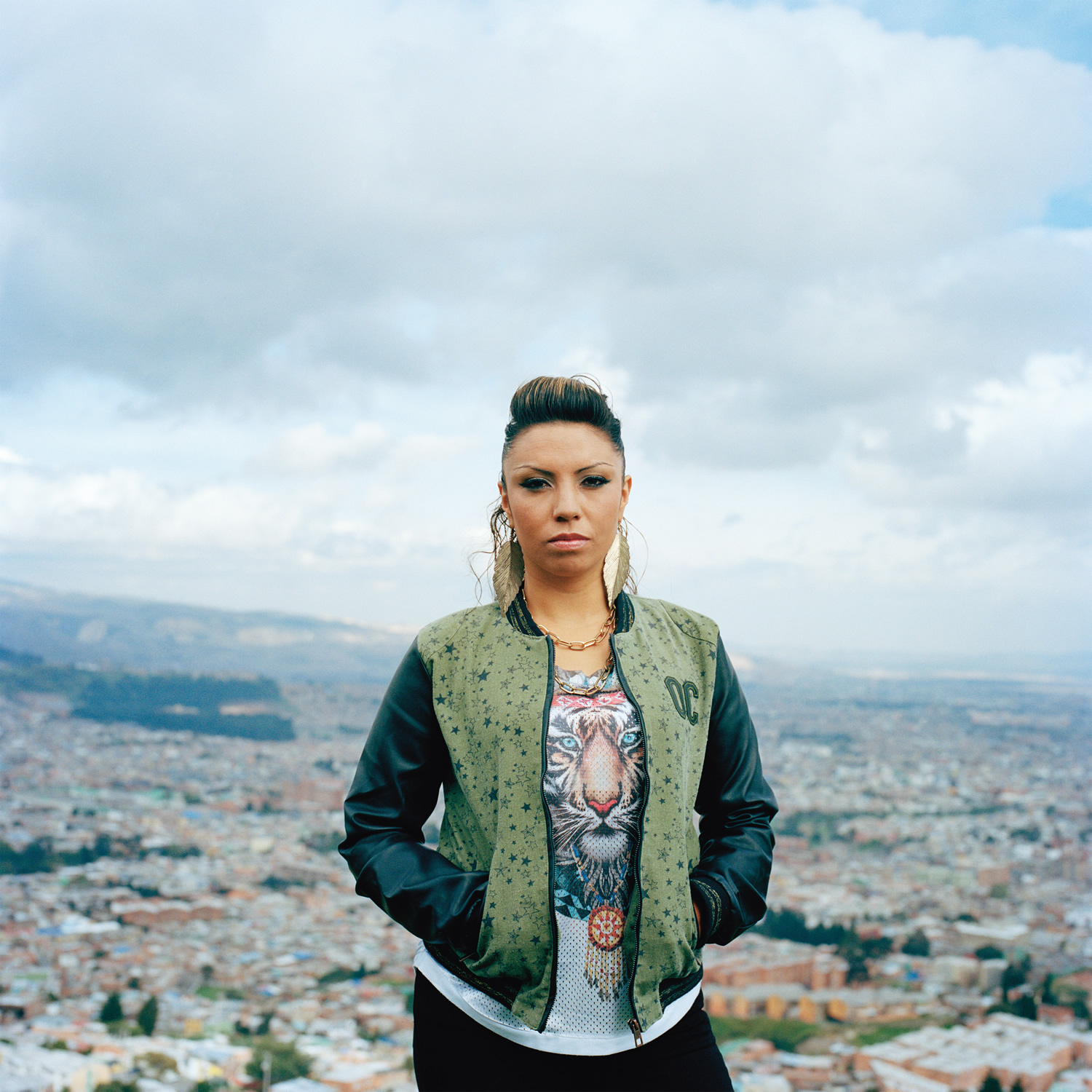 Diana Avella, Colombia: “I believe that music is the tool in my life that has the most efficient power to change things.”

Then I looked at Burma and the Saffron Revolution, where I found that people like Zayar Thaw had been fighting the government through their lyrics. When his group Acid released their first album, they had to bootleg it.

Zayar was eventually imprisoned for the messages in his music, which was banned and censored by the government. But he wasn’t intimidated by that. Even after going to prison, he still found a way to spread his music.

Now he is one of Burma’s first free-elected members of parliament. That inspired me. No matter what their situation, these artists use music to reach people and to educate their audience in the best possible way. That’s why I started documenting these stories. 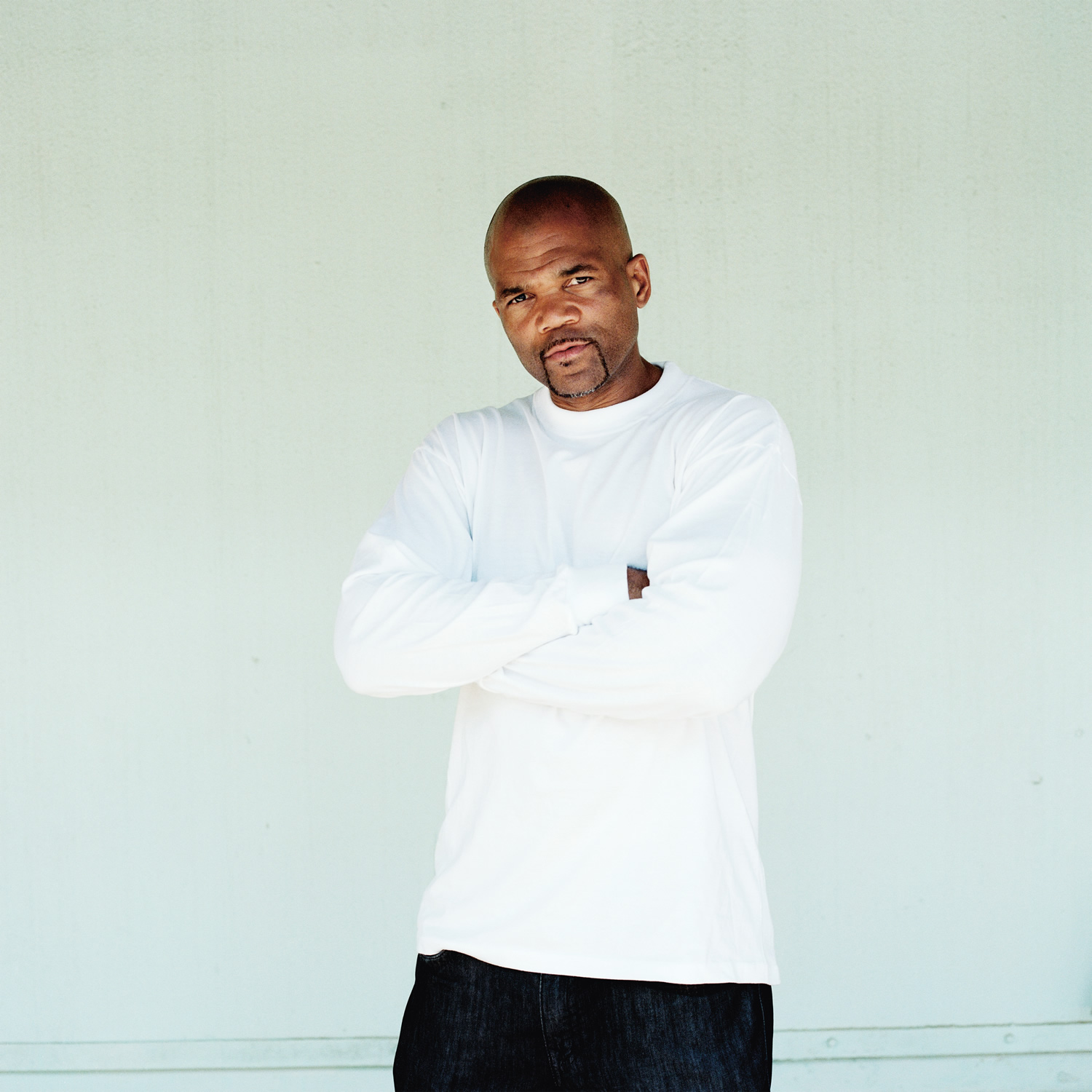 D.M.C., New York: “We wanted to make music that tells people the truth.”

Can you tell me a little bit about how D.M.C. became involved?

Darryl McDaniels is a great inspiration. In 2012, he was in Juba, South Sudan with Emmanuel Jal to support his We Want Peace campaign and to celebrate International Peace Day.

When he began to talk about the beginnings of hip hop, revealing how they got started back in the ’80s, it resonated with me and I felt a deep solidarity.

To have witnessed the beginning of hip hop and to know first-hand the impact that conscious rap can have – that’s precious knowledge. We can still learn from that. So that’s why I asked him for an introduction: he is virtually one of the inventors of rap. 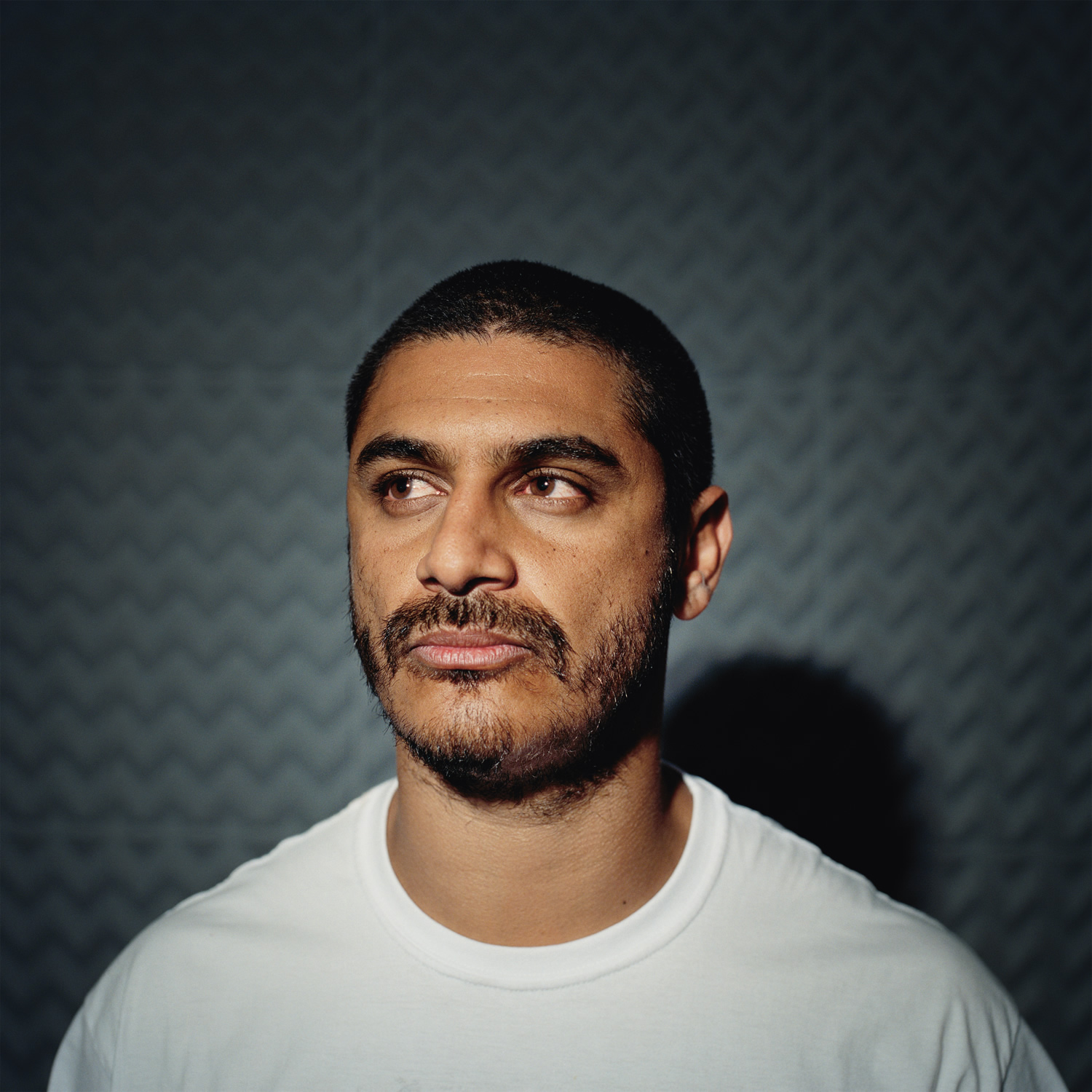 Criolo, Brazil: “I do not imagine rap as a separate thing. I imagine it as a collective energy.”

What do all of these rappers have in common?

All of them are very strong personalities, although they how they use the mic and spread their message is different. Emmanuel Jal, for example, told me that music became his painkiller.

It helps him process the terrible experiences he’s been through, so that they don’t haunt him. Fatou, otherwise known as SisterFa, felt compelled to urge people to put an end to female genital mutilation. 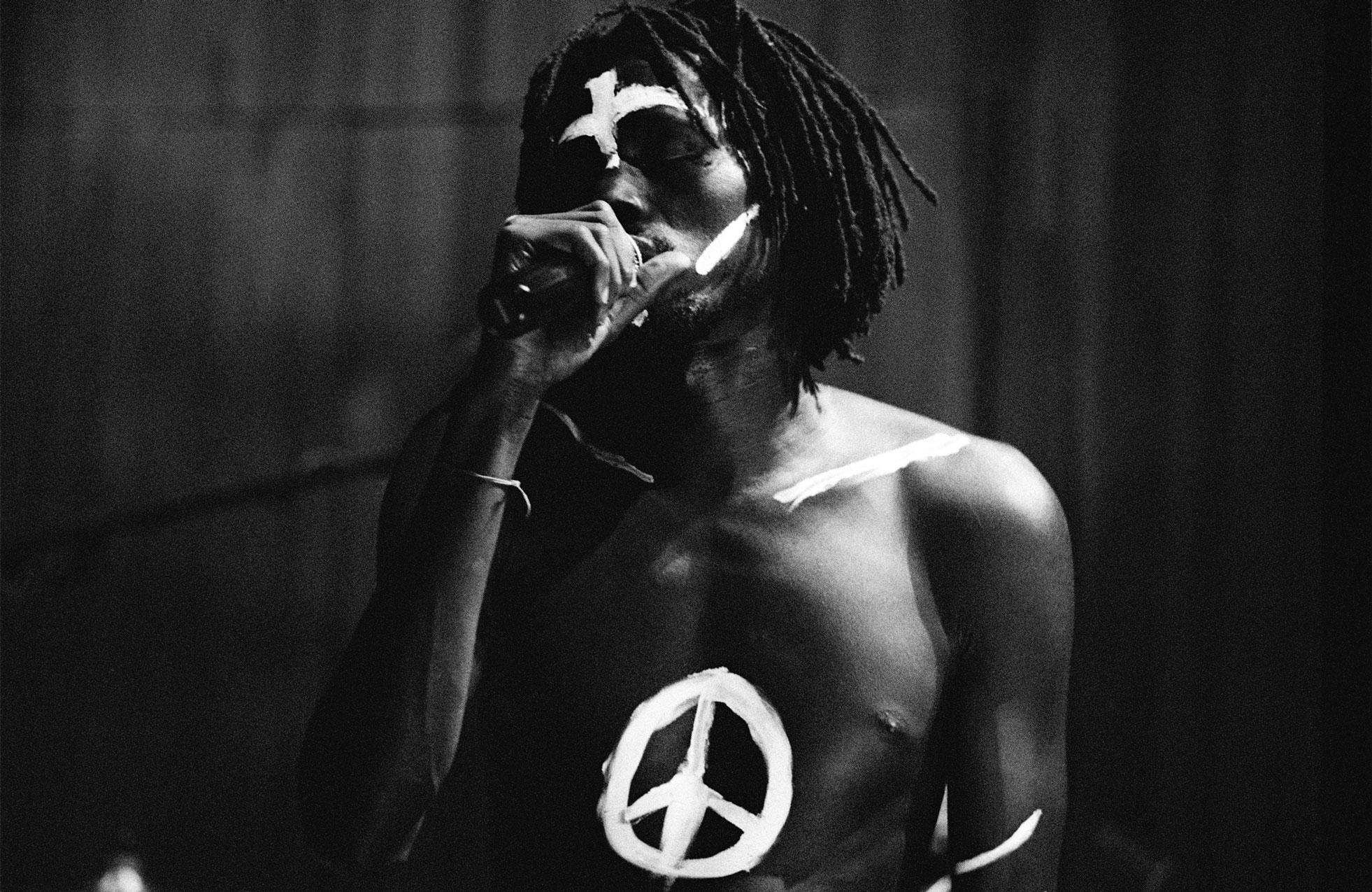 Emmanuel Jal, South Sudan: “Citizens cannot talk, the newspapers are not free and people like me… are treated as enemies of the state.”

She is unstoppable: travelling through Senegal and the neighbouring countries to make sure that everyone hears that message.

Amkoullel, meanwhile, is a peaceful ambassador for the Malian people. He knows a lot about his culture and people trust him. They listen when he speaks out. 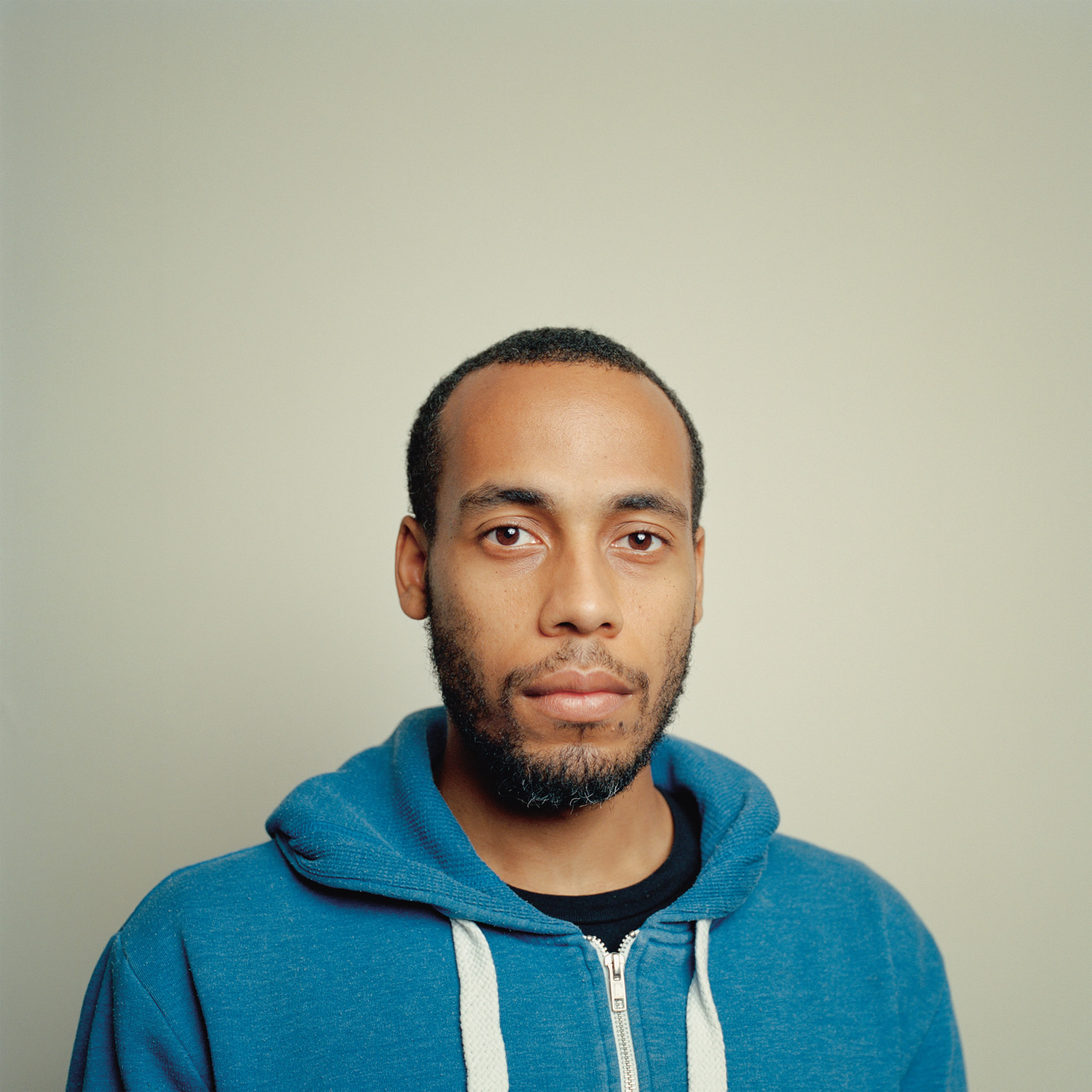 Amewu, Germany: “I wish that narrow-minded and ignorant people could transform into thinking and caring humans.”

Some of them shared some shocking, eye-opening experiences. What was it like for you to absorb those first-hand?

It’s painful to listen to some of the stories. But to understand that this person sitting next to you made their way through that and can now tell the public about it – that’s a gift.

The only way to stop cruelty and injustice is when we know what happened. So we need to learn from the victims and the witnesses to save future generations. 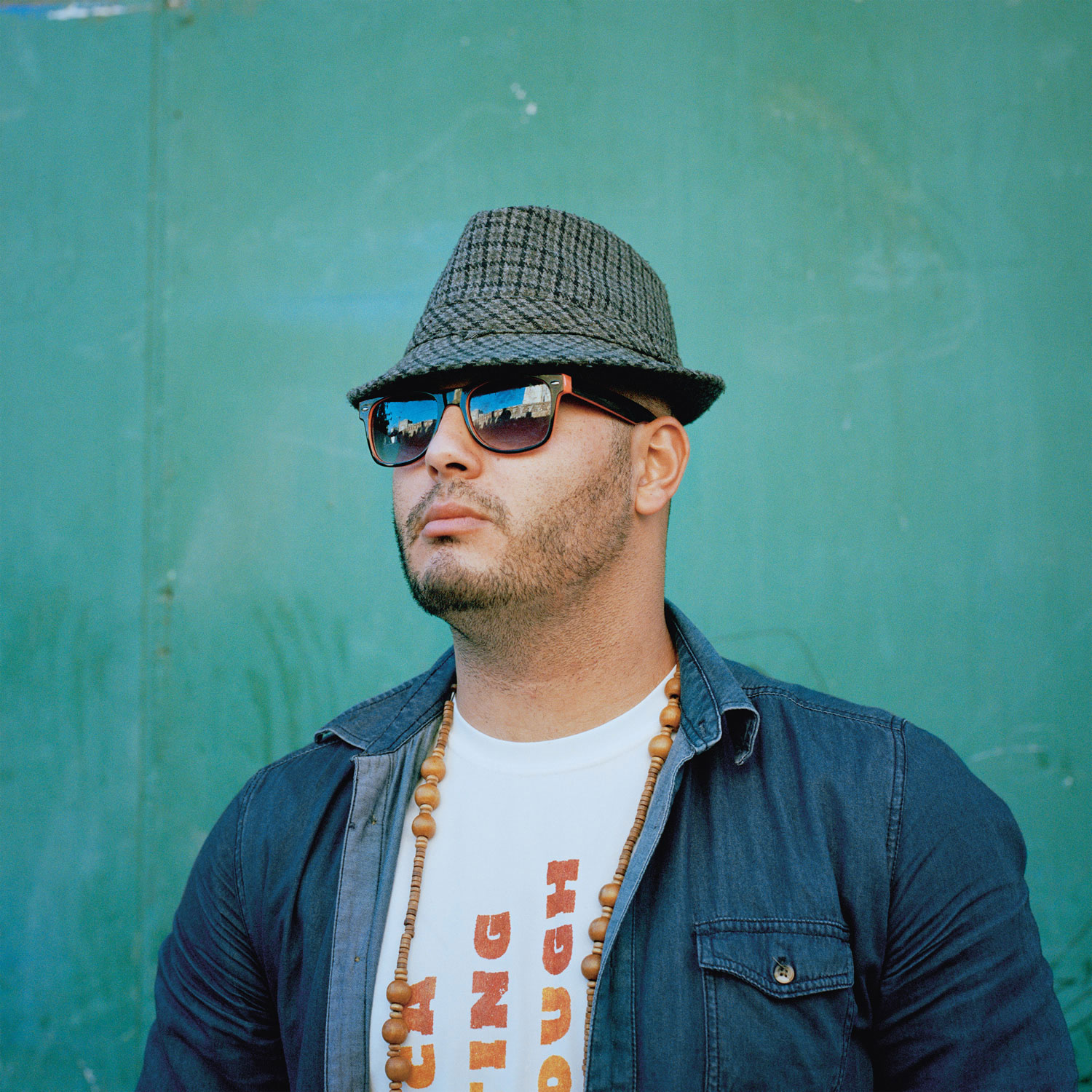 Saz, a Palestinian rap artist who lives in Israel: “I prefer to be the bridge to bring people together.”

Did you learn anything about yourself, hip hop or the world along the way?

I learned a lot about hip hop and about how multifarious it is. In one way, there are various rules which hold it together. But it’s also a broad genre which can be adapted easily to one’s own cultural references and still leave space for interpretation.

About the world… It’s sobering to see what’s happening all the time and enlightening in that there are so many people working tirelessly for better living conditions.

As for what I learned about myself… I don’t know. I hope I got a bit wiser and not just six years older. 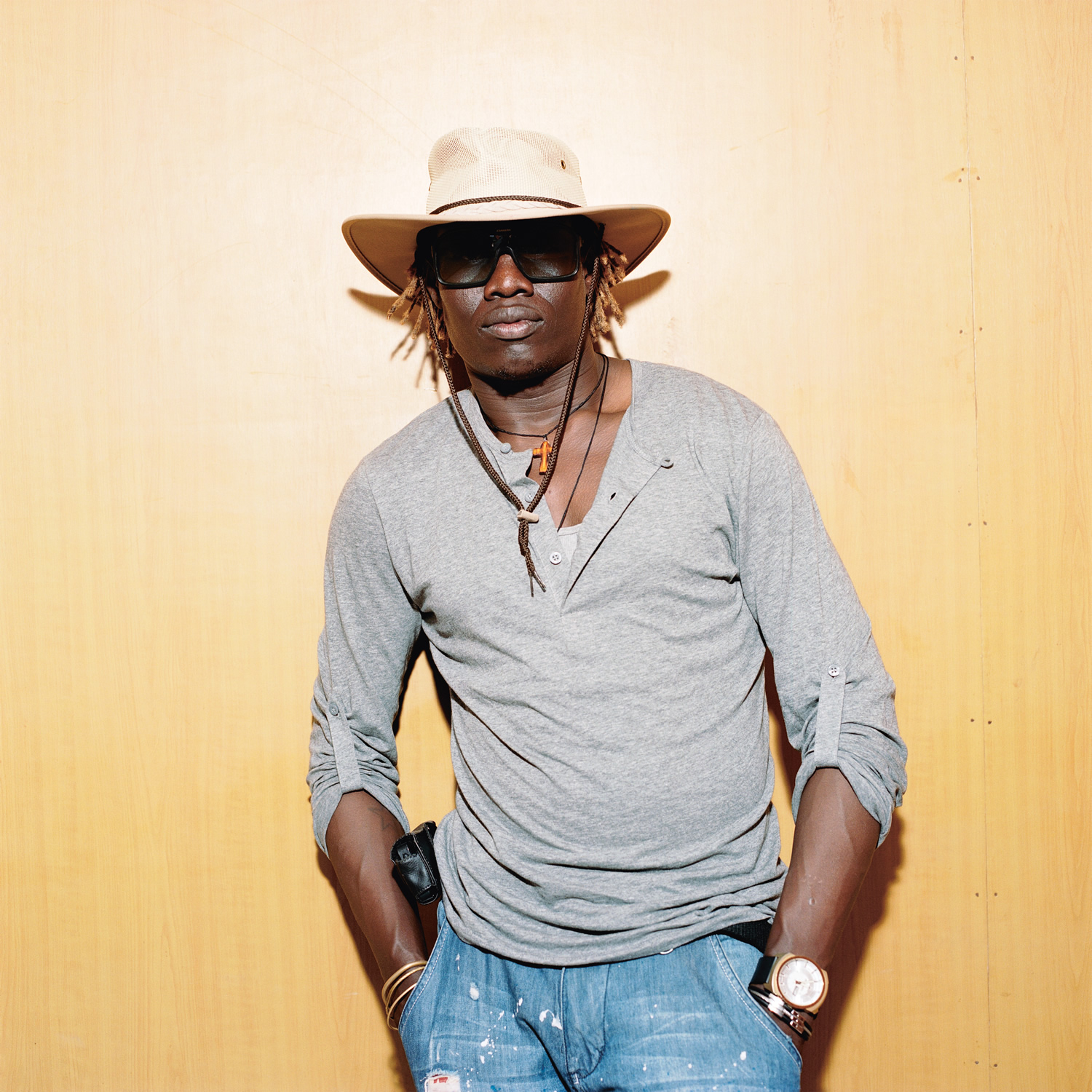 Lam Tungwar, South Sudan: “Everyone should act as a president in whatever they do.”

What image or achievement are you most proud of?

For me as a photographer, it’s important that each picture has a message and can be seen alone. I also want to get across the power of the people I meet.

Of course it is about the overall issue, but another important message is: ‘Look at these people. They’ve struggled a lot in their lives, but they don’t moan and complain. Go out there and do something. Start now, live now and be as responsible and joyful as you can be.’

So if I can inspire someone to rethink and do something good for a community, that would be something I could be proud of. 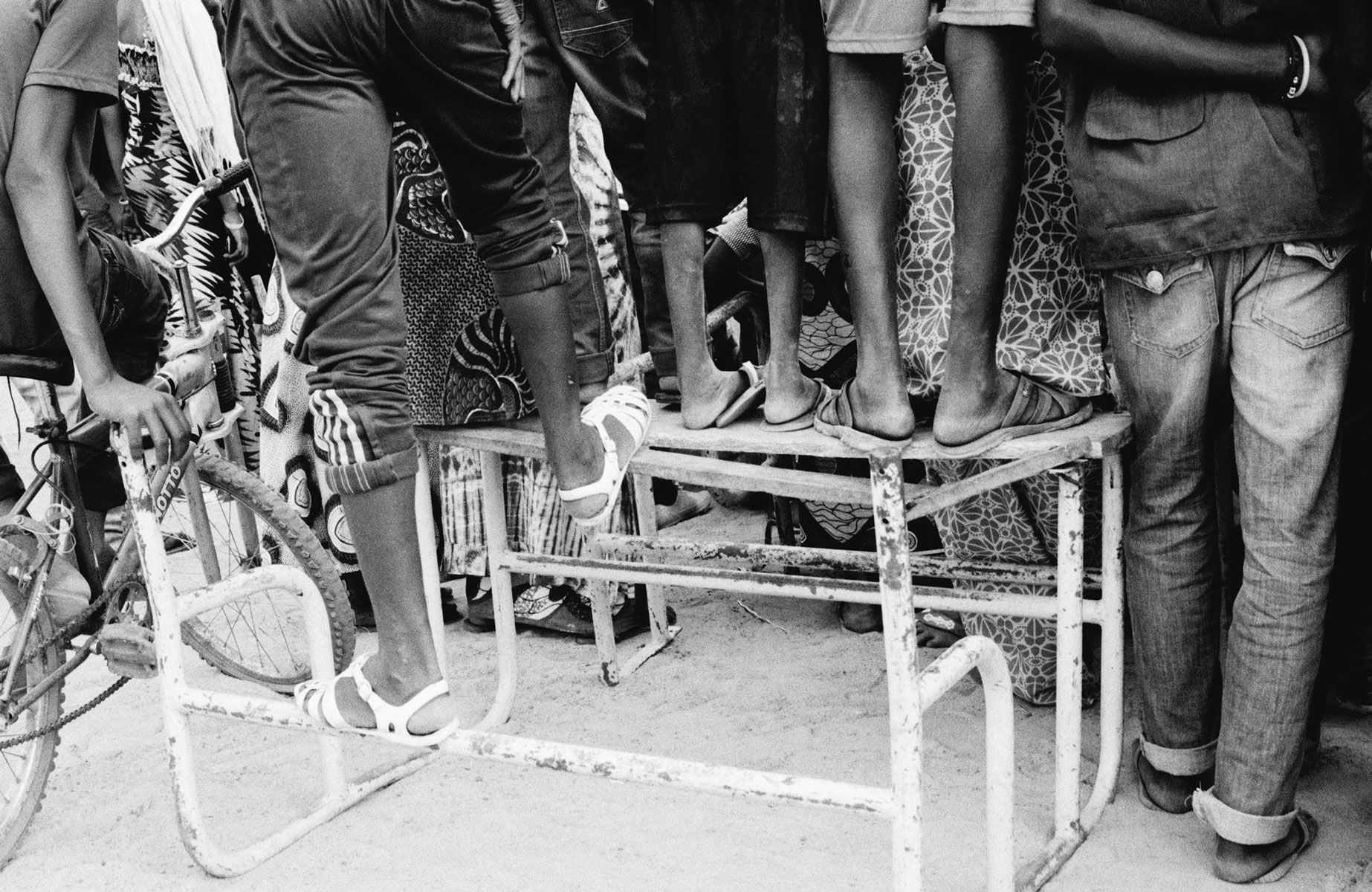 Find out more about Forthright: Stronger Than a Weapon.

Linkedin
RELATED ARTICLES
OTHER ARTICLES
Photographer Sean Maung reflects on documenting a small town in Pennsylvania afflicted by high levels of unemployment, poverty, violence, crime, and addiction.
After fleeing the war in Ukraine, people are finding it impossible to secure affordable and decent housing in the UK.
A new film from Berghaus traces the story of Adam Raja, who left behind a turbulent upbringing to discover the healing power of climbing.
As she gears up for the release of her first book, the 24-year-old climate activist talks standing up to authority and building a more inclusive movement.
The action took place in response to the 200 asylum-seeking children who were placed in hotels run by the Home Office who have gone missing.
David 'Dee' Delgado’s photo project is about honouring and uplifting the city of his youth, and a world rapidly disappearing under the relentless onslaught of gentrification.