Art & Culture / The hopes and fears of young British Muslims 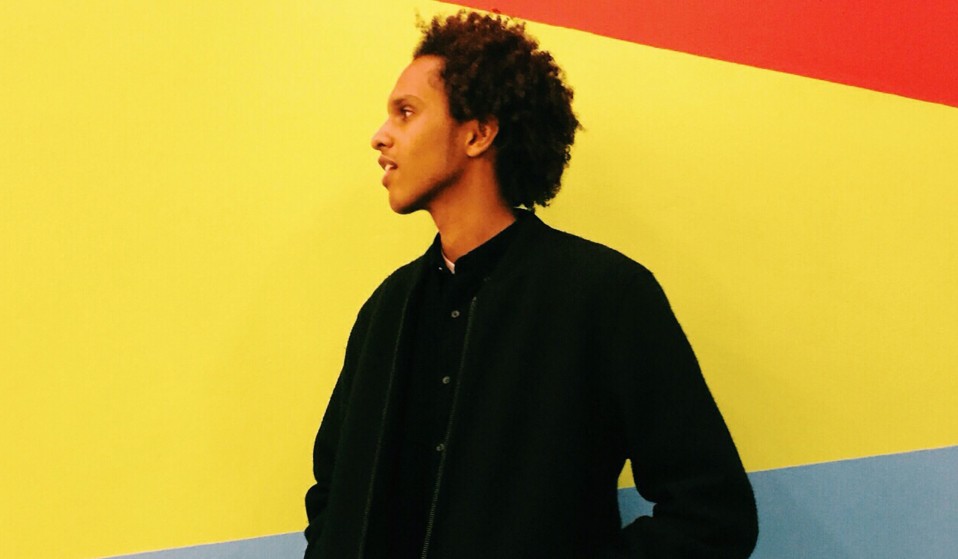 As Islamophobia rises we speak to five young British Muslims.

As Islamophobia continues to rise on both sides of the Atlantic, we spoke to five British Muslims about their thoughts, hopes and fears.

As the awful, devastating news of the attacks in Brussels sweep over us, we’re once again confronted with terror. Isis have claimed responsibility for the attack, no sooner than friends, families and loved ones had started their grieving. People across Belgium, Europe, and world will share in their mourning, but this won’t stop opportunists using it for political point-scoring. UKIP and right-wing commentators have already jumped at the opportunity to capitalise on these attacks; claiming Britain should leave the European Union, keep an eye on all Muslims in the street.

It’s been just a matter of months since one particular British newspaper front-page splash stopped us all in our tracks. “1 in 5 Brit Muslims’ sympathy for Jihadis,” read the Sun’s headline. Be suspicious of your brown neighbours, I imagine was the desired response.

The poll of 1,000 British Muslims asked, “How do you feel about young Muslims who leave the UK to join fighters in Syria?” No reference to Jihad in sight. “Nearly one in five British Muslims has some sympathy with those who have fled the UK to fight for IS,” came the follow up paragraph, although the questions posed made no reference to different fighting sides.

Joining fighters in Syria, and joining IS, are by no means one in the same. In his case for military intervention, David Cameron spoke of 70,000 rebel allies in the region, who are also fighting IS on Syrian ground. Responses to the poll included support for these fighters, a nuance conveniently ignored by the Sun.

Headlines like this are a fuelling the flames of prejudice, driving paranoia and suspicion with nothing more than dodgy facts. Vigilance soon becomes vigilantism. We’ve seen a 300% increase in Islamophobic attacks in Britain, and a similar pattern has been witnessed in the United States too.

In reality, skewed polls like this only teach us one thing; that we don’t really know what young British Muslims think. “Will you denounce terror?” we ask time and time again, demanding one Muslim take responsibility for a whole community.

Since The Sun’s front page reduced this huge community into this one contestable statistic, we spoke to five young British Muslims to find out what they’re really thinking. 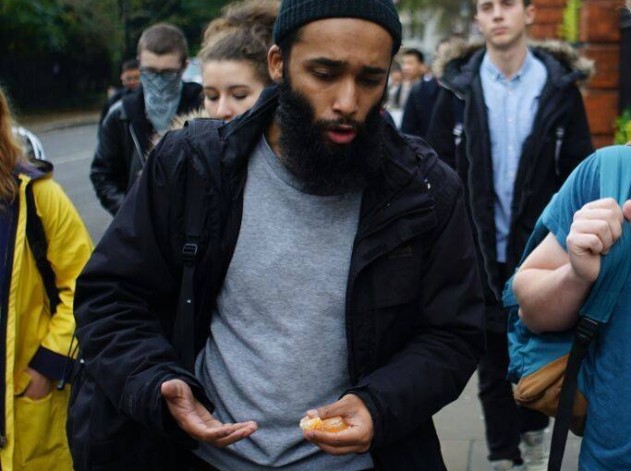 “You tend to ask me the same questions whenever an attack happens:

“Is Islam a religion of peace?”

“Do you condemn the attacks?”

“What are young Muslims thinking?”

I lose track of what my religion is. Islam, like any other religion, is what you make it. Do you condemn the attacks? Sometimes I feel like responding with, “Am I not human?” Tragedy, wherever it strikes, has a human price to pay. What do you think “young Muslims” are thinking? We’re mourning and scared, tired of having to explain that the person on the telly didn’t commit murder in my name. Tired of having to watch our elders go on TV and reiterate the idea that “Islam is a religion of peace.”

After a while you just can’t be bothered anymore. 15 years since the 9/11, you’d think the media would know our answer. Instead, the same questions are put to us. It feeds the paranoia young Muslims face: that the media is out to get you. That the world is watching your every move, and with government legislation in the UK mandating our teachers and academics to “look for signs of radicalisation”(one being “questioning western media reporting”) it’s no wonder many young Muslims feel afraid to speak out.” 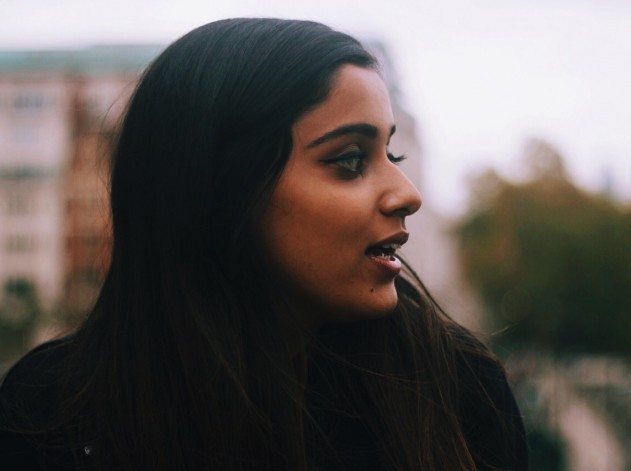 “As I scrolled down my Facebook newsfeed, something caught my eye. “Reminder”, the post read, “That Richard Dawkins once compared science to the act of undressing a [Muslim] woman in a burqa”. Accompanying it was a screenshot from the British Muslim community’s favourite evolutionary biologist’s infamous book The God Delusion.

My eyes began tracing the opening lines of the chapter entitled The Mother of All Burkas. “One of the unhappiest spectacles to be seen”, insisted Dawkins, “is the image of a woman swathed in shapeless black from head to toe.” Unfortunately, as with most Western narratives concerning the hijab, I was underwhelmed [by his arguments]. Muslim women have no agency? Check. Oriental male cruelty? Check. The Hijab, an instrument of oppression? Check.

The same old tired “enlightened” trope. The flaws in his argument were apparent from the get go: insistent upon the patriarchal foundations of the hijab, without consideration of the colonial conversations of the “Oriental” Muslim woman and making her “visible” to the Western male gaze. Arguing for Muslim women’s autonomy, while labelling them “submissive”, refusing to concede them any agency.

I began to wonder: why does every conversation surrounding Muslim women relate exclusively to the burqa and the hijab? News flash: a Muslim woman can exist outside of her hijab, you know?” 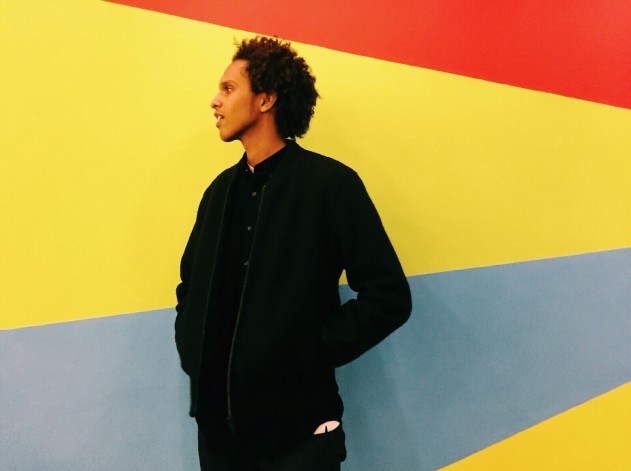 “To be Black, Muslim and British are all defining parts of my identity, but the way that British society sees me, and others like me, our blackness will always be most visible. The dominant narrative of racialising Muslims as being only those of South Asian or Arab descent has erased the black Muslim experience in Britain, and globally, meaning the experiences of mine and millions of others are ignored.

The idea of intersectionality is important; I’ll always face hostility from all fronts. Whether it’s anti-blackness within the Muslim community or Islamophobia from the public at large. My friend said it best when he made the point that “If Prevent don’t get us, the racial profiling of stop and search will.” 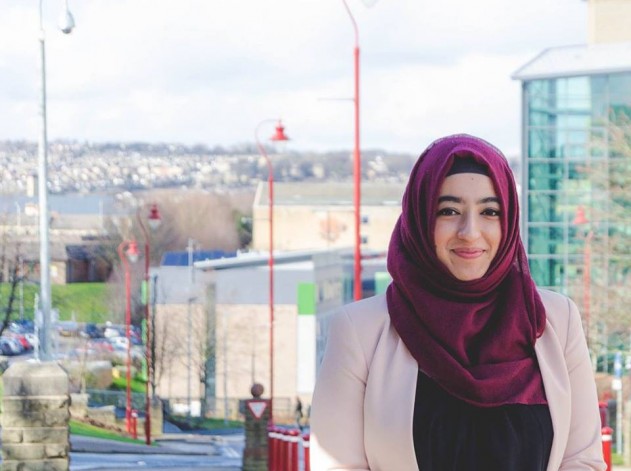 “It’s become an odd, predictable kind of routine now. An attack hits the news, and the crowds hit Twitter. I scroll through my feed, ticking off responses to my Islamophobic bingo checklist. They used to get bored, eventually. But now they don’t stop. The tweets accumulate, headlines and rhetoric too. Soon it gets physical, waking up to stories of Muslims punched, spat on, pushed into trains. You head into work, nervous. Your mother warns you of traveling alone. She worries, as parents do, about the dangers of the world.

You wonder how safe your father is, working nights in the centre of a busy city, ferrying alcohol drenched customers home. Faith reassures you.

Hate crimes are consistently under-reported by victims, but still increasingly on the rise after these events. This is a trend that’ll continue until we end the notion that Muslims are sitting suspects on a conveyor belt, waiting either to be “radicalised”, or packaged and wrapped as a model British Muslim. The reality is that the good-Muslim-bad-Muslim binary is exhausting. The acceptable boundaries of your identity are suffocating, growing narrower each day.” 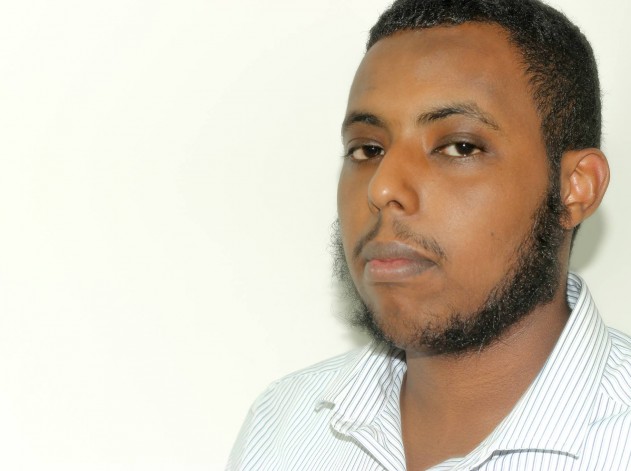 “We’ll all remember what happened in Paris, but what do we remember? And who do we remember? To me, that has to be key. We live in a time where victims are so quickly forgotten. Instead, our priority seems to be discovering the ethnic group or religion with which a perpetrator asserts to belong.

Before I can even digest the cruel reality of these crimes, to mourn the deaths of the slaughtered, I’m asked to tell you my stance. I’m being forced to apologise and condemn. Now I plainly refuse to. Not because I don’t feel sympathy, or share in the grief and the piercing, piercing pain. It’s because by apologising, I accept the disingenuous narrative that I, and 1.6 Billion Muslims, have an equal part to play in these actions. To apologise is to share accountability, and so accept a share in the punishment you’ll decide to dish out. I can’t.”

Linkedin
RELATED ARTICLES
OTHER ARTICLES
We look back a six years of Grow Heathrow, a climate protest in a quiet English village on the outskirts of London
It took Thomas Morris three years to write the book of his dreams. Then he scrapped it, sat down, and wrote the truth.
After the release of their debut LP last week, we talked to Philadelphia/LA duo Girlpool about the desire for new scenery and the need for constant change.
A resurgent Conservative government in power has a new generation looking for its sound of opposition. Who will take on the role the Smiths, the Clash and Billy Bragg played in the Thatcher era?
In a new era of global activism, are celebrity leaders a thing of the past?
Share the spots that inspire you to ride with O'Neill's #RideMore Tumblr.