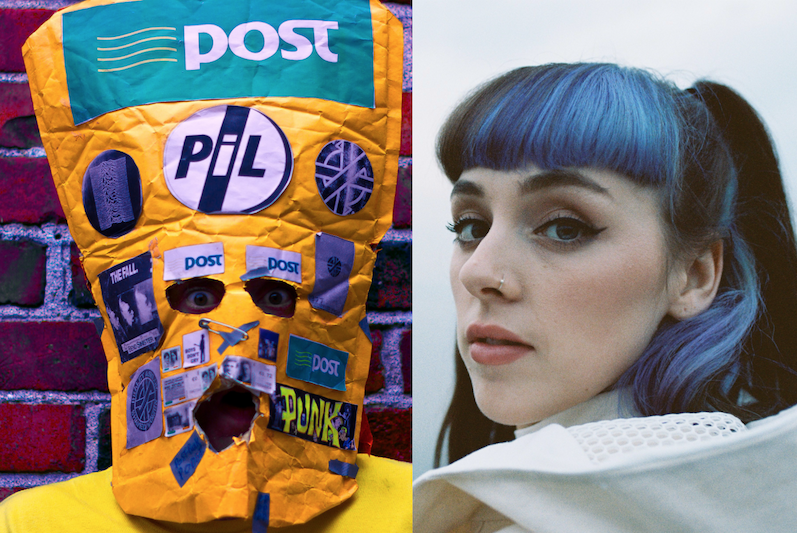 Economic uncertainty and fears of a recession have triggered a wave anti-establishment, working-class narratives in Ireland, which are steadily gaining popularity in the country's music scene.

Economic uncertainty and fears of a recession have triggered a wave anti-establishment, working-class narratives in Ireland, which are steadily gaining popularity in the country's music scene.

A shift has occurred in the worldview of many young Irish people. While recent years have been marked by social victories such as the successful Marriage Equality Referendum of 2015 and the ‘repeal the 8th’ abortion referendum of 2018, discontent has long been brewing with the day-to-day political administration of Irish life. This year’s general election saw the republican, left-leaning Sinn Fein make major gains, particularly among young voters, who en masse away from the centre-right political megaliths of Fianna Fail and Fine Gael.

Sinn Fein may have not managed to pull in the majority, but a sense of youthful dissatisfaction remains. In the face of Covid-induced economic uncertainty, fears of recession and austerity are a familiar feeling for the Irish population. Many are still reeling from the measures enforced in response to the ‘EU bailout’ between 2010 and 2013, which saw the provision of €64 billion of financial support to Ireland through the Troika group of the European Central Bank, the European Commission and the International Monetary Fund. This came as a response to the Celtic Tiger – a period of unprecedented rapid and unsustainable economic growth that came to a crash in 2008, leaving the Irish population to foot the bill.

One of the many ways these frustrations are coming to a head is through music, thanks to a new generation of young Irish artists who are using their platform to tell the stories of those left behind by successive neoliberal governments. Most overtly, there’s the likes of ‘Fuck Fianna Fail, Fuck Fine Gael’, the rabble-rousing anthem courtesy of Dundalk’s TPM. Elsewhere, Mango x Mathman’s 2019 debut album Casual Work details stories of unemployment, mental health and discontent.

These artists in their 20s and 30s came of age when austerity measures were at their peak: recent landmark Irish releases such as Nealo’s All The Leaves Are Falling, Kojaque’s Deli Daydreams, and Gemma Dunleavy’s Up De Flats reckon with these challenges, striking a chord with young audiences in tandem. It’s music that reflects their lived experiences, rather than the sanitised, pop productions that the Irish charts have been dominated by in recent years.

For Dunleavy, music is a way of uplifting those who have been abandoned. “People in my area have been living in the effects of a heroin epidemic for the last 20-plus years, we have had neglect from the government, authorities, media, and anyone who doesn’t understand growing up in Sheriff Street,” she says. “We’ve never relied on anyone outside for anything because all we get is empty promises from the council and government.”

Dunleavy cites the redevelopment of the International Financial Services Centre (IFSC) and Spencer Dock in central Dublin as a symbol of the disconnect between government action and the lives of the average person. The redevelopment saw an attempt at boosterism in inner-city Dublin through the relocation of the IFSC, as well as the encouragement of other developments through lower taxes and incentives. The result was a process of gentrification that made the Docks more appealing to the upper-middle class, but left the local residents in working-class areas – such as Dunleavy’s native Sherriff Street – surrounded by facilities that didn’t serve their needs. They were quite literally segregated from the new development by a 20-foot wall.

This surface-level appearance of prosperity is now being replicated with on-going ‘rebranding’ plans for the area, including the development of a hotel and apartments. “We’ve learned the only people we can rely on is each other, which is why our community is so strong,” says Dunleavy. Up De Flats is a loving ode to inner-city Dublin. But it doesn’t shy from the realities of life there either. “To hear a voice in music shout about Sheriff Street in all its flaws and glory isn’t something we’ve heard before. People in my community are so proud to have our stories out there.”

If Dunleavy’s music sheds light on working-class Irish experiences, Limerick’s Post-Punk Podge sets out to entirely dismantle the forces that threaten them. “I use music as a weapon against the bullshit we are fed. Ireland is such a corrupt country that it is enough to make me stick an envelope on my head and speak out against it,” says Podge, who performs in a mask made from a brown envelope.

“To quote Oscar Wilde, ‘Give a man a mask and he’ll tell you the truth.’ I wanted to take the symbol of the brown envelope from one of corruption and lies to one of honesty and defiance.”

With songs such as ‘Mass Deception’ – a diatribe against the fraudulent loans of the now-defunct Anglo-Irish Bank – Post-Punk Podge uses his music as a platform to call out government corruption and highlight its impact on Irish society. “I wanted to express the true nature of these events and why anger should be expressed about them,” adds Podge. “Anger turned in one’s self is a form of oppression and people’s voices need to be heard – especially the most vulnerable in our society.”

Podge’s fury is largely directed at Fianna Fail and Fine Gael, the two major parties who have maintained control over Ireland’s political sphere for generations. Born out of the Irish Civil War of 1922, Fianna Fail and Fine Gael developed from their opposing views on the Anglo-Irish Treaty: Fianna Fail was anti, while Fine Gael was in favour. However, in recent years it has become increasingly more difficult to tell the difference between their similarly right-of-centre, neoliberal, pro-business ideas. (The current banner image on the Post-Punk Podge’s Twitter profile is a graphic that reads: “FiannaGael, the corruption party.”)

As the party that led Ireland into the 2008 crash, Fianna Fail (alongside the Green Party, their coalition partner) oversaw a decade of tax cuts, reckless lending and an over-reliance on the construction sector – with a refusal to recognise that the rapid growth was unsustainable. The resulting recession and bailout led to the years of austerity. Vital public housing development came to a standstill, social welfare and child benefit payments were drastically cut, while taxes were increased. In 2010, the penultimate year of Fianna Fail’s government, people in the lowest income band saw their disposable income fall by more than 26 per cent.

While a 2011 election saw Fianna Fail decimated for the role they played in the recession, their newly elected Fine Gael counterparts did little to change the fortunes of Irish people. Their 2012 budget ushered in extensive cuts to health, education and social welfare spending. They also focused efforts on drawing in US multinational corporations in pharmaceuticals and technology in order to bring Ireland back to a steady economic status – an approach that has seen little improvement for the working person, as evidenced by an ongoing Irish homelessness crisis and a skyrocketing cost of living that simply does not match the average income.

Until Sinn Fein’s surprise gains in the 2020 General Election – partially instigated by a ‘Vote Left’ organised online movement – dissatisfied Irish voters were between the rock and a hard place that was two political parties who created and upheld the conditions they wished to escape.

It’s this frustration at the lack of electoral alternatives that can be heard in the work of musicians across the island. “There’s that saying that hard weather makes good wood,” says J. Griffith Rollefson, professor of music at University College Cork. “The austerity of the early ’80s and the politics of the Thatcher and Reaganite years – when so much was taken away from people of colour and working white folk in the inner cities – was what spawned punk rock, hip-hop. I think we might be in another one of those eras where there’s a lot to say.”

Rollefson’s research project CIPHER: Hip Hop Interpellation in part examines the rising Irish hip hop scene, a genre where political alienation is tackled regularly. He cites the work of Kojaque and Cork rapper Spekulativ Fiktion as a “critique of banking, a critique of government, a critique of the rich”, as well as the Catholic Church. “They indict the complicities between global finance, Irish government and Catholic Church. We’ve got amazing resources in this country but they’re held in the hands of way too few,” says Roffellson.

The result is a generation of young Irish people who have lived with the perpetual background of economic turmoil, and for whom emigration is an ever-seductive resolution. However, unlike the generations before them, increased access and lower barriers when it comes to music creation and distribution allows artists with few resources – but plenty to say – to reach out to the audiences they represent. Between speaking out against the horrors of Direct Provision – the Irish system of accommodation for asylum seekers which has been repeatedly criticised by human rights organisations – to calling out the country’s growing alt-right movement, they are using their voices to address what they believe to be wrong with the country.

Protest through music is a long-established Irish tradition – from rebel songs to Sinead O’Connor to The Cranberries. Music’s capacity to build a community and a shared identity amongst its listeners, no matter for how brief a period of time, can embolden and empower people whose communities are constantly under siege from economic disadvantage and disinterested governments. When you don’t see yourself in the people who govern your country or feel left behind by the inequality and unfairness of your society, the lyrics of a musician who understands your struggle, anger, joy and pain can make you feel that bit more ready to meet the challenges and opposition that comes your way.

“These are folks who are using the Irish cultural inheritance of story-telling and of critical discourse – story-telling and songwriting that subverts the state,” says Roffelllson. “This is protest song and, of course, Ireland has a long tradition of protest songs. These folks are picking up the torch from Joyce and Yeats.”

Linkedin
RELATED ARTICLES
OTHER ARTICLES
Photographer Arthur Grace recalls travelling through the Soviet Bloc and finding ways to evade the surveillance of his work.
Wealth inequality and the rising cost of socialising is placing a strain on people’s relationships, reports Eve Upton-Clark.
For decades, an area of East London has served as a community hub for Vietnamese people looking for a taste of home.
With inflation now at a 40-year-high of 9 per cent, demonstrations organised by TUC took place to demand action from the government.
Whether it's partygate, the climate crisis or the spiralling cost of living, the fightback begins on the picket lines writes Tommy Vickerstaff
Proposals to introduce a minimum GCSE threshold for student loans will disproportionately affect those from marginalised backgrounds.