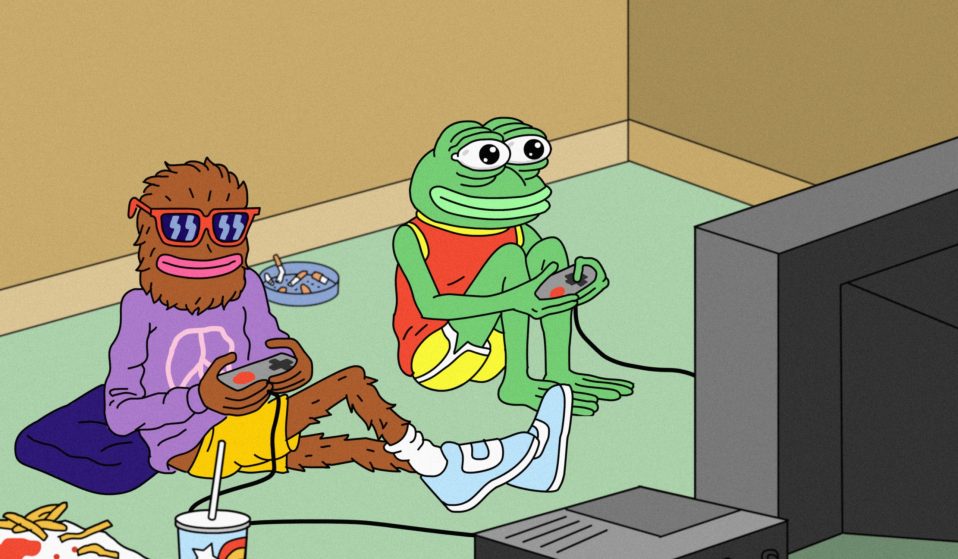 The directors of a new documentary about Pepe the Frog speak to Huck about how the cartoon was co-opted by the far right.

The directors of a new documentary about Pepe the Frog speak to Huck about how the cartoon was co-opted by the far right, and what it tells us about the state of America.

It seemed unlikely anyone would ever usurp Kermit as the most notorious of amphibians in pop culture. But in the mid-2010s, a new green star was born in the form of Pepe the Frog.

Originally appearing in the 2006 comic book Boy’s Club by Matt Furie, he was a slacker type character who hung around with his pals Andy, Brett and Landwolf, smoking, drinking, eating pizza and generally having a good time. Fond of pulling his trousers all the way down whilst urinating, when asked about this his simple response was: “Feels good, man”.

These three words started the frog’s transformation from a harmless cartoon character to world-renown hate symbol. And now, they’re also the title of a new documentary exploring the history and legacy of Pepe.

The film traces Pepe’s evolution from Furie’s comic book pages to him popping up on weightlifting forums, before taking a more sinister turn via the popular 4chan message board and becoming the defining symbol of the alt-right. Such was the bigotry attached to the various manipulated images of the frog that it eventually ended up being legally classified as a hate symbol.

Having watched in horror at the co-option of Pepe, Furie decided to take legal action, last year winning a $15,000 (£12,000) settlement against website Infowars and its creator, the conspiracy theorist Alex Jones, over the use of the cartoon in far-right imagery.

Huck spoke to Feels Good Man directors Arthur Jones and producer Giorgio Angelini about the making of the film, tracking down basement-dwelling 4chan users, and Pepe’s impact on the culture of 2016 and beyond. 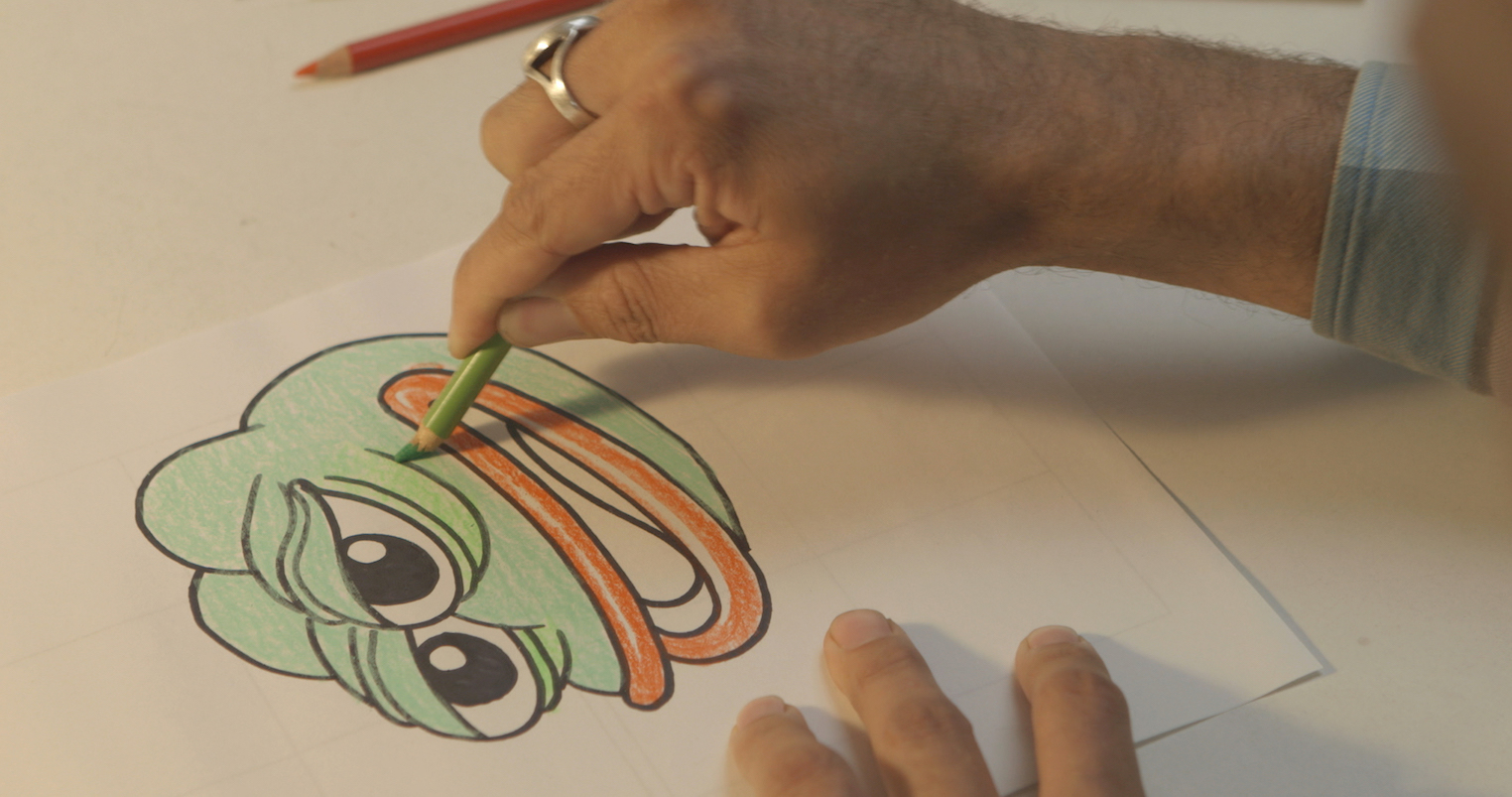 How did you come to making a film about Pepe the Frog?

Jones: I met Matt [Furie] on a hike and we hit it off. When all this hate symbol stuff started to happen, we’d email. I could tell he was feeling helpless and hoping it would blow over. We talked about doing a different creative project, but people were so obsessed with the Pepe story and the negative baggage of the character that it was too much for anyone to take a risk on. So we decided to do a documentary.

How was working with Matt? He seems like quite a shy artist who just wants a quiet life.

Jones: He was learning how to be the subject at the same time I was learning how to be a director. We were going through it together. Matt is a naturally very sweet guy, but there’s a part of him that is also very reluctant and really doesn’t want people to pay attention to him. So getting Matt to open up was a two-year process.

Angelini: The power of the film is that you have a way of understanding this incredibly confusing world of the Internet where reality is folding in on itself and, for whatever reason, this green frog is the skeleton key for understanding it all. Matt wanted to distance himself from understanding this while going through it, and then making the film was a really cathartic experience for him. It was incredible to see him take it all on and become the reluctant hero of the story.

The people who propelled Pepe to life as a meme largely exists as anonymous posters on 4chan. How did you go about tracking them down?

Angelini: Initially by emailing all the people that had trolled Matt, but that proved really unfruitful. Then I found this guy Mills [a 4chan “shitposter” featured in the film] because he is a meme on 4chan and I’d seen his picture a fair amount, which is kind of rare because people don’t make their image known. Eventually, I found this archive of videos deep in his YouTube page and he’d made this video talking about what Pepe the Frog means to him. I had a feeling when I saw that video that he was going to talk.

4chan contains a lot of toxic stuff. How was the process on a personal level of having to dig through so much of it for research?

Jones: I was conservative when I was younger and pretty much a red-pill teenager before the term existed. I grew up in a small town, had a shitty attitude, was sexually frustrated, convinced I was the smartest kid in the room but never applied myself. I was self-righteous.

Some of the attitudes I encountered on 4chan echoed back to my past. So when I would talk to people on the boards I would come at the conversations with this sense of, maybe, understanding. That said, there is a lot of really sexually-aggressive, super-violent imagery and that stuff does take a toll. I started to see a therapist during the process.

Angelini: For me, it was less traumatising to read all the garbage because you know that 95 per cent of it is 13-year-olds who don’t know any better. But meeting Mills was different. Going to visit him was really impactful and very depressing. Seeing how far gone he was and how the family system around him wasn’t working. That to me was a particularly low point, just thinking about how deep the problem was and how it was metastasising and being ignored. 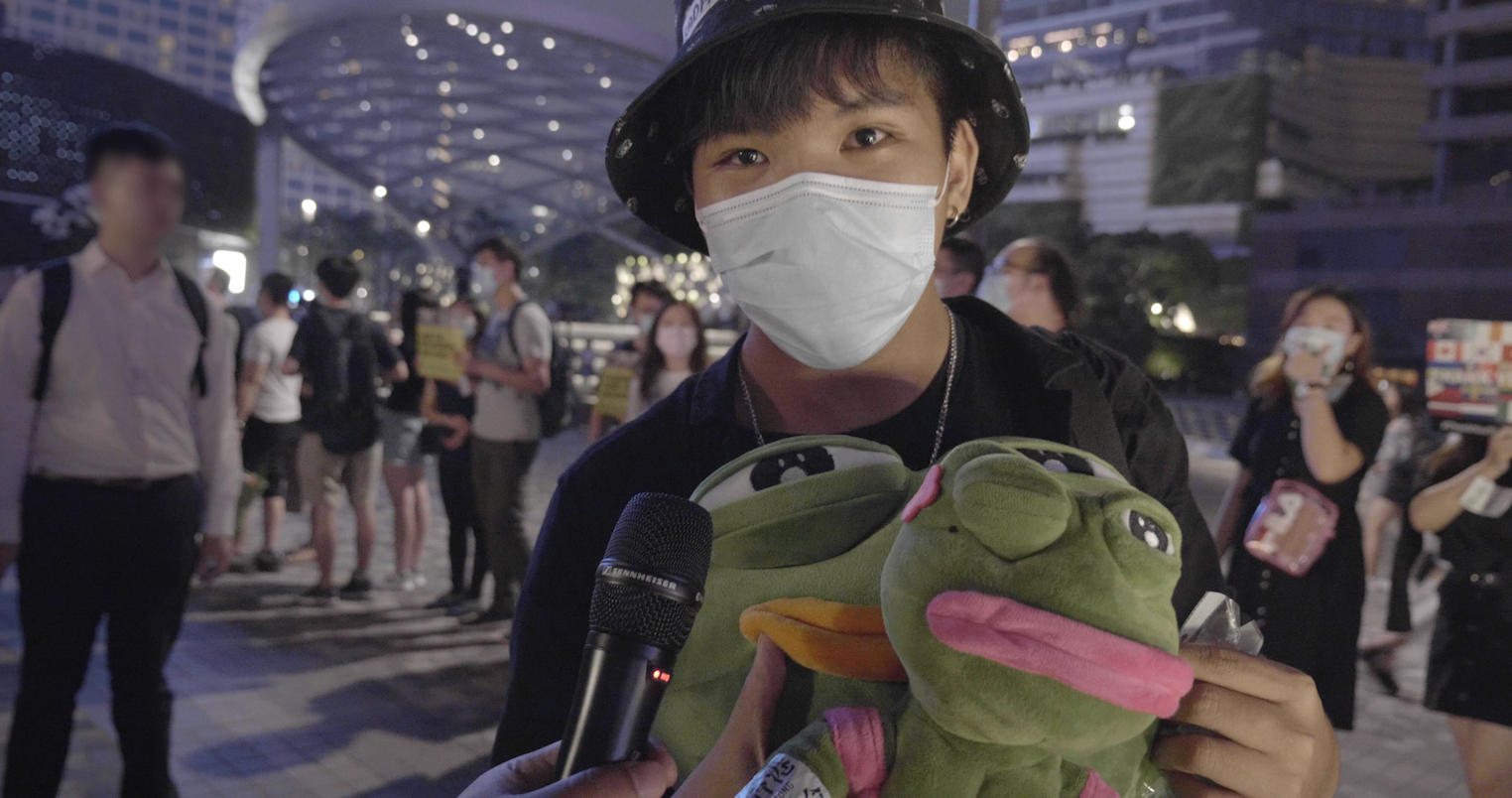 Jones: Mills has convinced himself the rest of the world are all idiots and he’s this sort of edge lord in the basement who knows the truth. But he’s symbolic of a larger problem, where people feel overwhelmed by the culture. They feel like they don’t have the ability to succeed in those cultures, so their reaction is to drop out and become angry and resentful.

It gave us a window into seeing the frustration that some people are feeling in this country, and it’s something that is stoked by the Internet and by these people who don’t necessarily have a community outside of that. The attention economy of 4chan is being edgy or extreme, so you can never really allow yourself to feel pain or sympathy or sadness unless it’s self-loathing.

There seems to be a pride in the depravity amongst the community. Almost like an inverse situation of showing how cool you are.

Angelini: 4chan and Instagram are essentially the same, it’s just the reward systems, the language and the inputs are slightly different. Instagram is about showing yourself in an imagined sense – more wealthy, well-travelled or happier – then on 4chan it’s like the exact opposite. It’s a race to the bottom.

Jones: On 4chan people take this perverse pride in things… There is this kind of badge of honour about who is the most gross or depraved.

Did Pepe the Frog have any meaningful political impact on the 2016 elections, do you think?

Angelini: I think Pepe energised a certain group of trolls online during 2016. They informed the larger zeitgeist at that moment. The reality is that probably a lot of these people didn’t vote, as sort of an expression of nihilism, but the election of Donald Trump, to a certain degree, is an expression of violence or an expression of people who are frustrated and have given up on the system.

So I think it contributed to that. Pepe really is the avatar for trolling coming into the mainstream and now it is just part of the political discourse.

The film ends on an optimistic note with Matt. Do you share his optimism?

Jones: At the end of the movie when Matt is talking about how he’s come through all this, and says Trump isn’t always going to be president, there’s this sort of hopefulness. I think you need a strong sense of pragmatism within your sense of hope, but I do feel hopeful. We are in a transitional moment and Trump is the final supernova for his generation.

Angelini: You have to remain hopeful. If you give up on hope then you’re on a one-way path down to the basement. 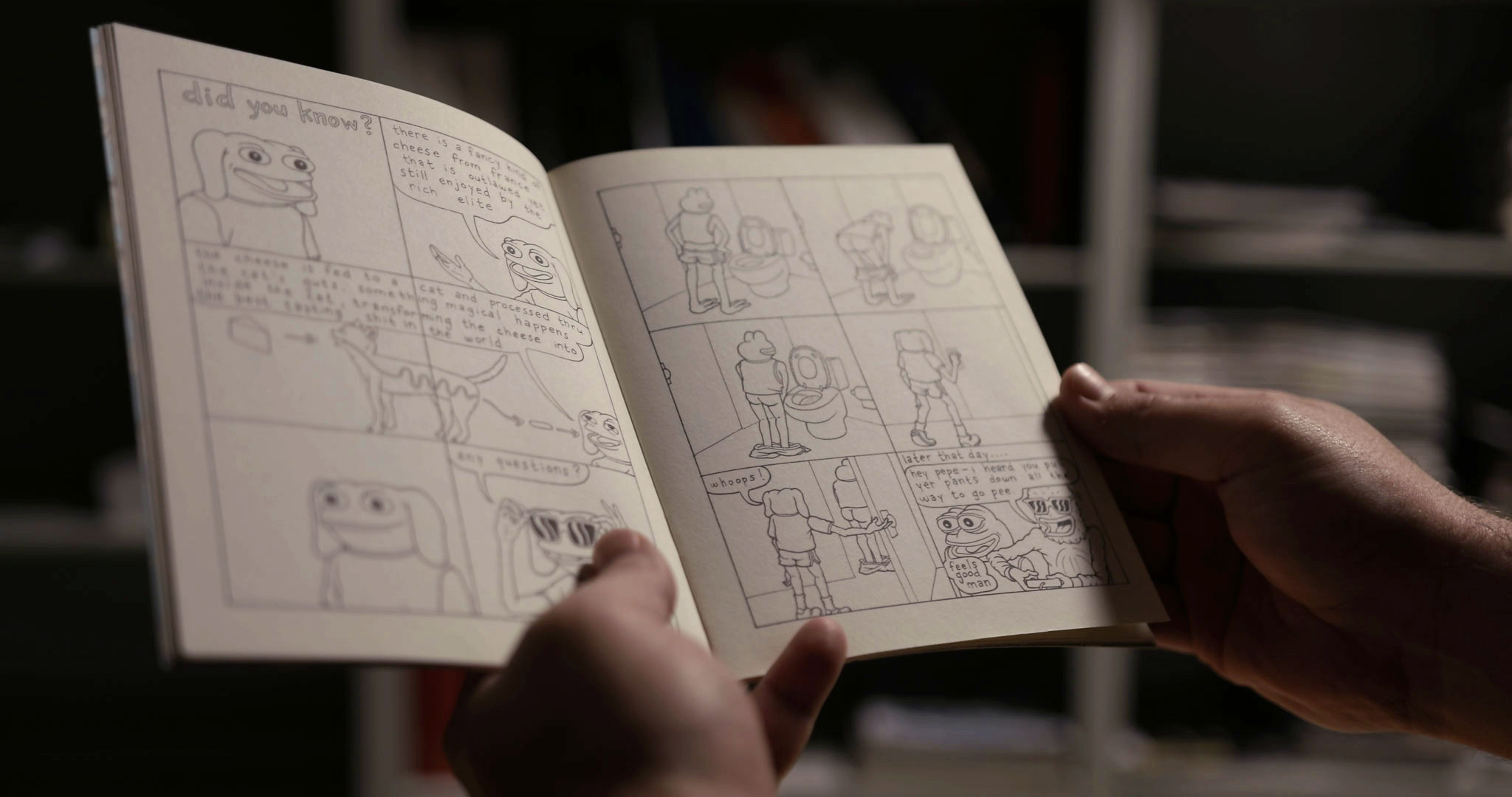 Linkedin
RELATED ARTICLES
OTHER ARTICLES
Taking us through one of the most dynamic years in recent history, Laylah Amatullah Barrayn new photo book contains tender yet confrontational portraits.
After a two-year hiatus and a new album, the Nigerian artist is riding high. Now, he wants to bring his alternative, genre-bending sound to the world.
Activists and campaigners are fighting back against new laws that would seriously undermine the ability to take industrial action, calling it an attack on fundamental workers' rights.
Mass crustacean die-offs in the North East have led a community of fishermen to take action to save their seas.
Campaigners reflect on what the supreme court’s decision to allow buffer zones in NI means for the future of reproductive rights in the UK.
Zsófia Sivák’s ongoing project documents the country’s tavern culture, preserving a once defining part of rural life.