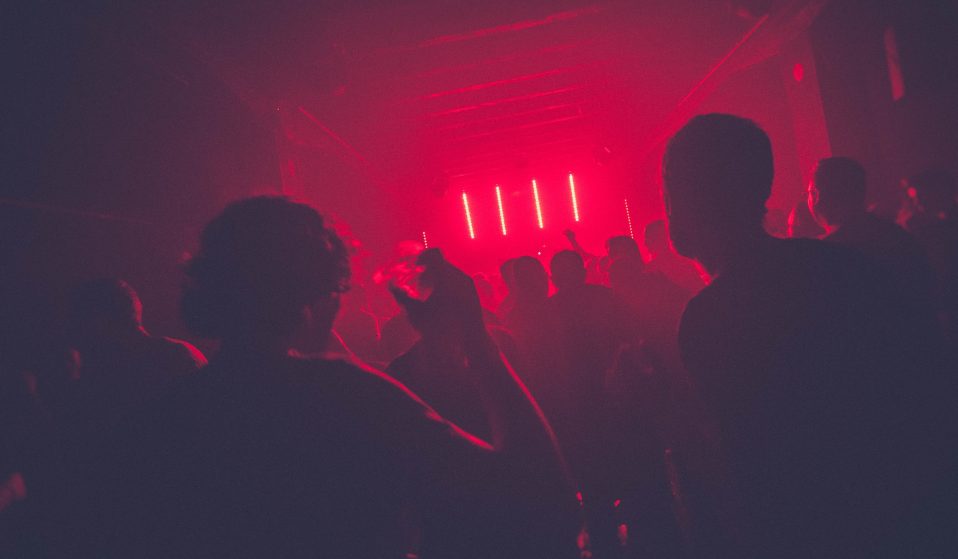 Steel City is often overlooked when it comes to the country's cultural radar despite its role in shaping electronic music.

Steel City is often overlooked when it comes to the country's cultural radar despite its role in shaping electronic music.

From the robotic funk of Cabaret Voltaire and Heaven 17 to the squelching bass of producer Toddla T and local label Off Me Nut Crew Records, Sheffield has a rich musical heritage when it comes to nightclubs and electronic music. In this new extract from ‘Out of Space | How UK Cities Shaped Rave Culture’, author Jim Ottewill explores how Sheffield’s contemporary dance music makers are drawing on this history to forge a new sonic future.

Sheffield record label Society’s tag line of ‘Like the Past, Love the Future’ encapsulates the sounds of Sheffield trio, the Adelphi Music Factory, a new group delving into the city’s electronic heritage for inspiration. They may be purveyors of contemporary house music pumpers, but their name combines two of the city’s most venerated nightclubs: the ‘Adelphi’ (located on Vicarage Road in Attercliffe) and the ‘Music Factory’ (previously the Palais and later known as Bed).

“These two clubs spawned our name and a lot of our tracks take their titles from famous Sheffield club nights or venues. Rise, Love To Be, Jive Turkey, Uprising, Cuba and NY Sushi at The Unit was brilliant [venues],” they say over email. “We’ve got a real affinity for Yellow Arch as we used to work in the studio and rehearsed there in previous bands. It’s now also a great club space – we played our debut gig at the venue and the atmosphere was electric.”

The group has been picking up plenty of acclaim over the past few years from the likes of Disclosure, Annie Mac, and the Blessed Madonna. Their sound is big-room house music, the kind you can imagine booming between Manchester’s cavernous Warehouse Project walls. They may have enjoyed national success, but Adelphi Music Factory attribute their outlook and musicality to the city they grew up in and still call home.

“Sheffield has had a big impact on us, both culturally and musically,” they explain. “It seems a common theme with Sheffield artists that they aren’t shy of showing what a massive inspiration the Steel City has been. Despite massively punching above its weight musically and being one of the biggest cities in the UK, Sheffield is somehow a bit below the UK’s cultural radar. But hometown pride and the British love of the underdog make people in the know shout about it.”

While they acknowledge the importance of Warp Records in cementing Sheffield’s reputation as an underground music hub, Adelphi Music Factory also feels it’s time to create new stories and go beyond the “long musical shadows of the past”. Sheffield’s current musical scene can play a defining role in taking the city forward.

“Most of the successful Sheffield nights have had a DIY feel, which is in keeping with the city’s reputation as the world’s biggest village,” they say. “Even glossy affairs like Gatecrasher’s club night started down and dirty at The Arches. It’s something we’ve tried to recreate with our shows back in Sheffield, get all our friends down, lots of giveaways to everyone who comes. We want to make it feel like a house party.”

The city’s independent record shops – among them the Store on Division Street, Area 39, Underground Records and Dance Records on Abbeydale Road – have also shaped their music and production style.

“Cool Wax in Orchard Square used to have some great US house and techno too,” they say. “We remember walking in there one day and Kenny Dope was behind the counter. These shops were more than just a place where you bought music. They were a community, a meeting place and our musical education.”

If you cast your eyes and ears across Sheffield’s contemporary nightclub scene, there are still plenty of opportunities to dance and party the night away. Its musical ecosystem goes far beyond the stereotypical sound of ‘bleep and bass’ it is so often associated with.

“The idea of place has collapsed in a sense,” says Stephen Mallinder of electronic music pioneers Cabaret Voltaire. “When you think about dubstep and grime, there’s still a connection to place. But on a larger scale, the ways in which we consume music have been stretched and I’d argue that the specifics of place have become diminished. Having said that, all of the little scenes that exist still depend on the local clubs and spaces.”

Now, numerous local scenes – from Tottenham to South Manchester and beyond – function in isolation with the different threads uniting these musical networks back underground and out of sight. “It doesn’t mean they don’t exist. It just means they’re not quite as visible or as connected with the wider culture,” Stephen says.

Dan Sumner, founder and owner of club night Pretty Pretty Good has noticed how changes in student behaviour have impacted the city’s nightlife in recent years. “A city like Sheffield has been particularly hard hit because the students form such a large percentage of the nightlife market,” he explains. “The students who are at university now have essentially had two years where they weren’t allowed to go to clubs, so they just haven’t explored and found the warehouse and grassroots venues slightly further out. That said, there are a lot of good signs in Sheffield and I hope that over the next couple of years, the nightlife scene will continue to grow.”

Some of Sheffield’s best-loved club nights have always taken place out of the spotlight in more mysterious places. From the old industrial works or at the Arches, the occasional rum goings-on in the city’s fingernails offers the most enthralling nighttime escapades.

“You have to know where to look for great nights in Sheffield,” agrees house music and disco selector Richard Hardcastle, aka Solid State. “As a promoter, there’s a lot of luck involved in getting the right venue at the right time and usually this isn’t in the main clubs. I think that’s always been true. There has always been a healthy undercurrent of spaces, off the radar and where the real exciting musical ventures happen.”

Because of this, Sheffield hasn’t always been a destination for clubbers and attracted them in the same way that Manchester or even Nottingham have been able to. “Gatecrasher certainly put Sheffield on the map,” Hardcastle says. “But although we’ve never had a shortage of good nights, a lot of cities seem to be better at shouting about their nightlife and get way more famous nationally. People in Sheffield either aren’t as well connected, or maybe they just aren’t as bothered. All the weird or interesting stuff won’t be found in a What’s On Guide. This might be true everywhere to a certain extent – but it’s definitely true in Sheffield.”

Out Of Space: How UK Cities Shaped Rave Culture is out now on Velocity Press.

Linkedin
OTHER ARTICLES
By turning a real-life crisis into daytime television fodder, TV bosses have once again shown themselves to be completely out of touch with audiences.
A new project is documenting formerly incarcerated people as they transition back into civilian life.
The two-day long event returned to London this year, showcasing a spectacular parade, steel bands and Caribbean food.
Rogue landlords are exploiting young and inexperienced renters and leaving them in mental and financial turmoil, reports Niall Hignett.
Cindy Campbell recounts how her brother ushered in a new era of musical culture at a party she held in the Bronx in ‘70s.
In his 2008 series, the photographer pictured himself as Angela Davis, Martin Luther King Jr., Malcolm X, and other prominent figures.