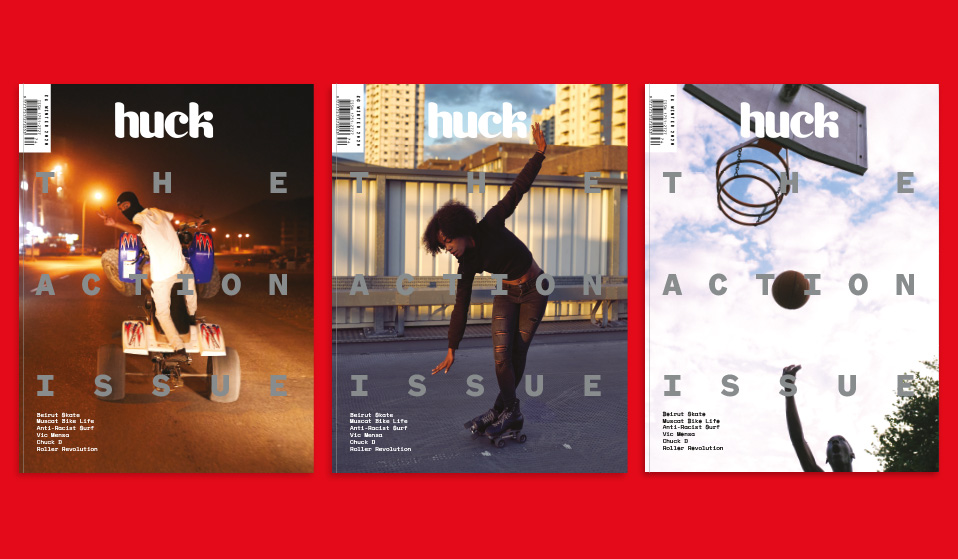 Our latest print instalment is about people on the move – all of whom are actively working to change the world around them.

In times like these, the act of making something happen for yourself has never felt more urgent. Our latest print instalment celebrates doing just that – spotlighting the people moving to transform their worlds for the better.

‘Action’ has always been at the heart of Huck. In the early days, the mid-noughties, that relationship was perhaps more literal. The magazine was born out of surf and skate culture: our first eight cover stars, for instance, came directly from those worlds. While, back then, Huck involved itself with all manner of topics, the rebellious heritage of action sports remained the constant thread.

As time went on, the publication evolved in conjunction. Huck’s tradition was never in question (again: surf, skate), but its connection to those core scenes – those core ideas – became more tangential. As attitudes, they became vehicles through which to navigate new corners of culture. So physical action became political action, social action, creative action, and so forth.

You get the point. What I’m trying to say is, it seems strange that we’ve managed to go this long without dedicating an entire magazine to the notion that has long helped bind everything together. Because in times such as these, the act of getting up and doing something – of making something happen for yourself – has never felt more urgent.

In our latest print instalment, you’ll find skateboarders in Beirut fighting for public space, months after that cataclysmic blast changed their city forever. There are surfers, too, this time in the form of ‘Color The Water’, an LA surf collective who formed during the aftermath of George Floyd’s murder. We have roller skaters, basketball players and a teenage quad bike crew in Oman. Vic Mensa is here as well, plus Chuck D and Róisín Murphy, while there’s a tour of Red River Gorge, Kentucky, courtesy of climber Kathy Karlo.

In short: these are stories of people in constant motion, all of whom are actively working to change the world around them. Because in this respect, there’s always work to be done. 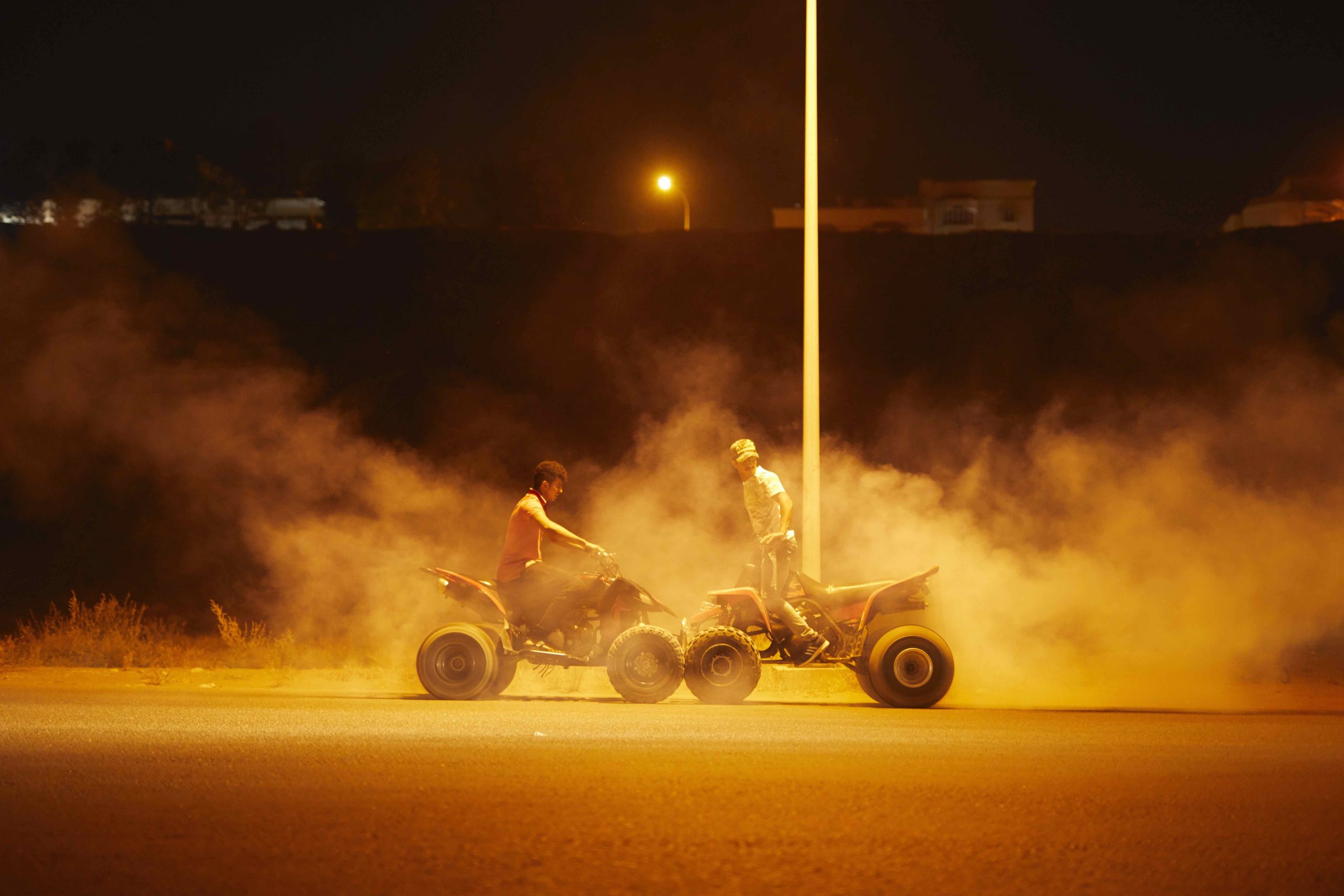 In northeastern Oman, a group of teenage daredevils have responded to the disappearance of public space with four-wheeled frenzy. Meet the Bousher Bike Life Crew: a roving collective on a mission to take back the roads – then their city. (Words and photography: Bas van Est.) 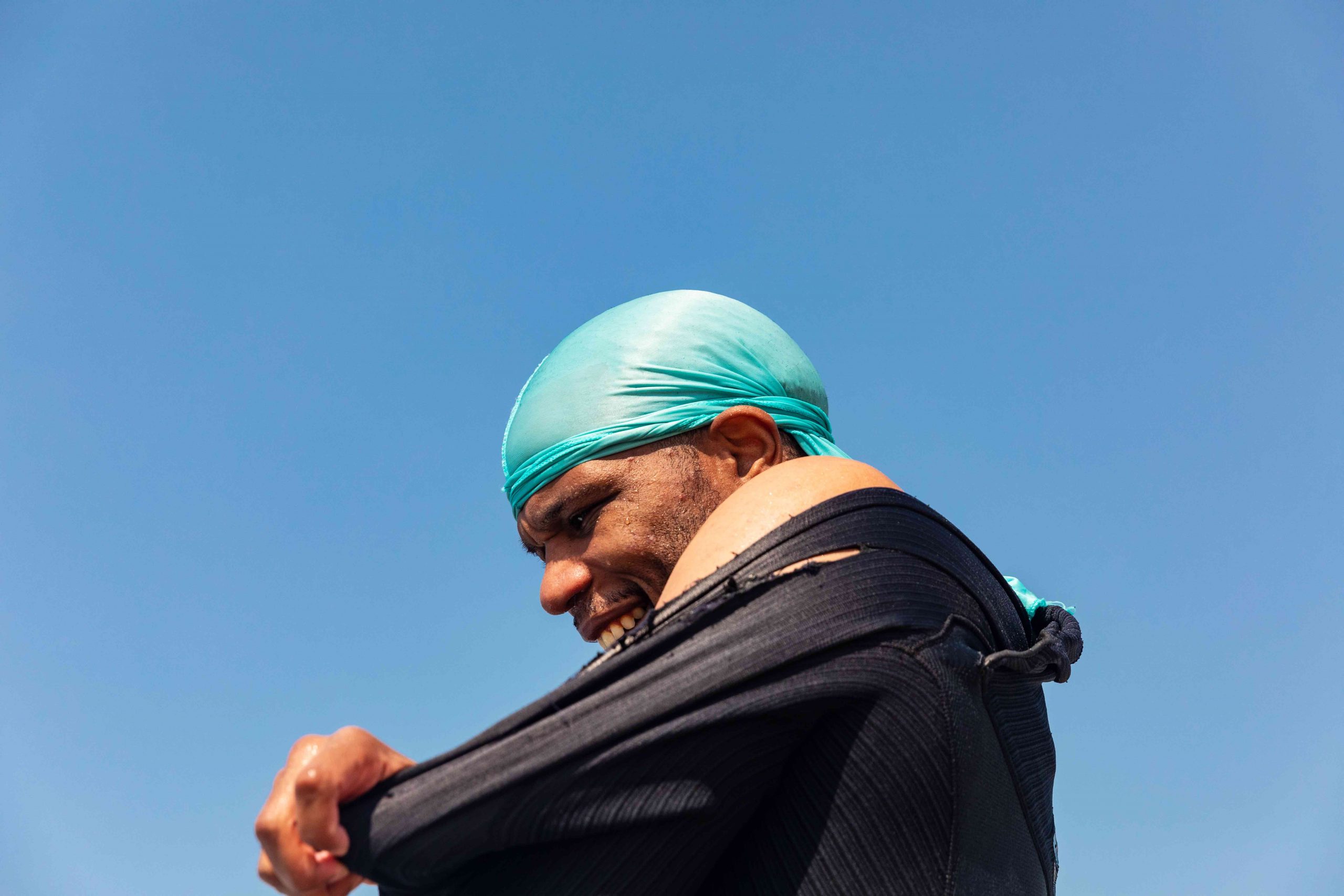 ‘Color The Water’ is a different kind of surf crew. Formed as Black Lives Matter protests swept the globe, the Los Angeles collective is out to reclaim the beaches of southern California – one wave at a time. (Words: Jibri Nuriddin. Photography: Alexis Hunley.) 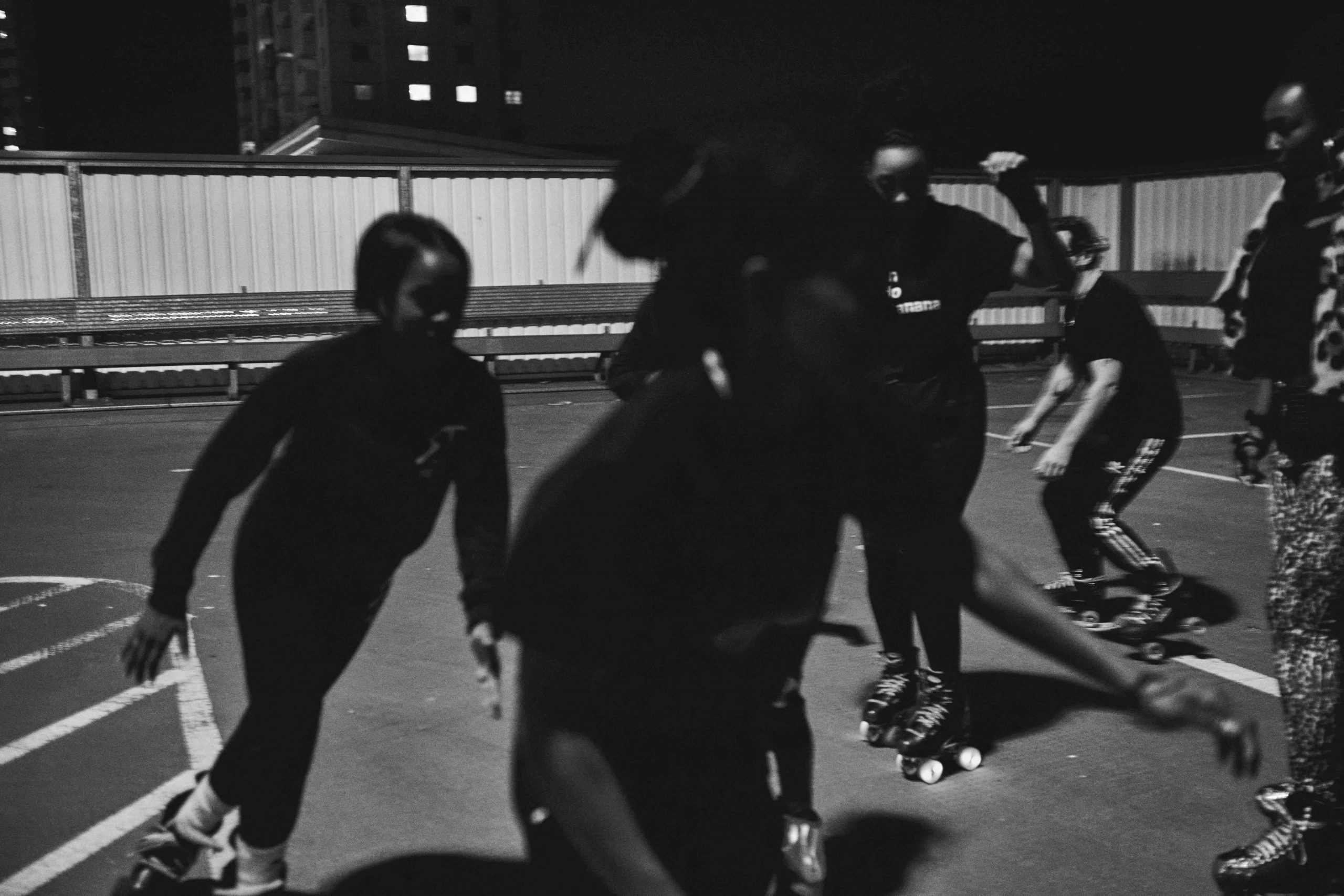 Writer Jessica Holland takes a deep-dive into the UK roller skating boom, painting a portrait of the scene through the eyes of one dedicated disciple. (Words: Jessica Holland. Photography: Sebastian Barros.) 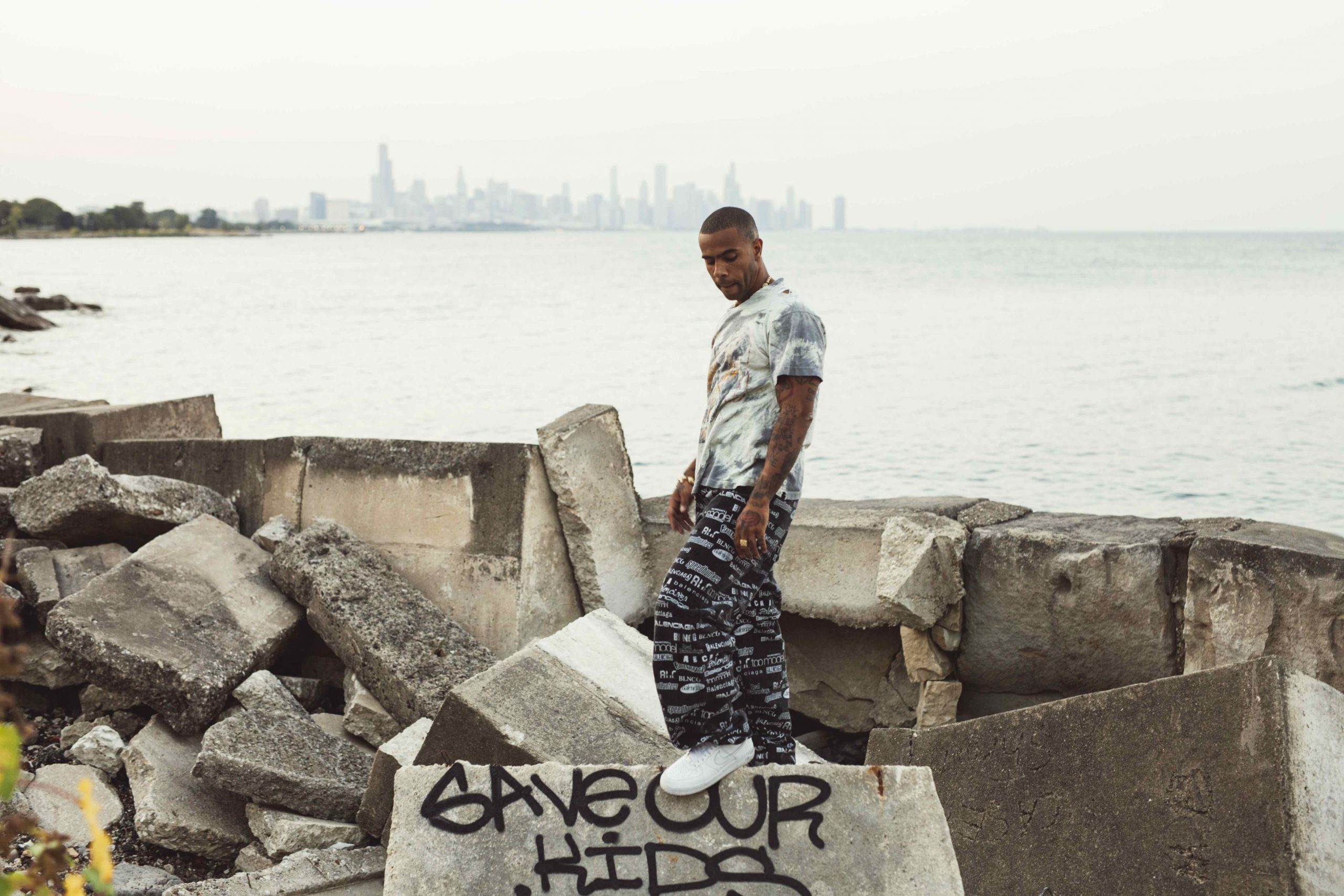 Chicago boasts a rich hip hop heritage, but Vic Mensa remains one of its most important sons. For the 27-year-old rapper, artistry and activism are interlinked: he won’t stop until he’s transformed his city for the better. (Words: Nicolas-Tyrell Scott. Photography: Lawrence Agyei.) 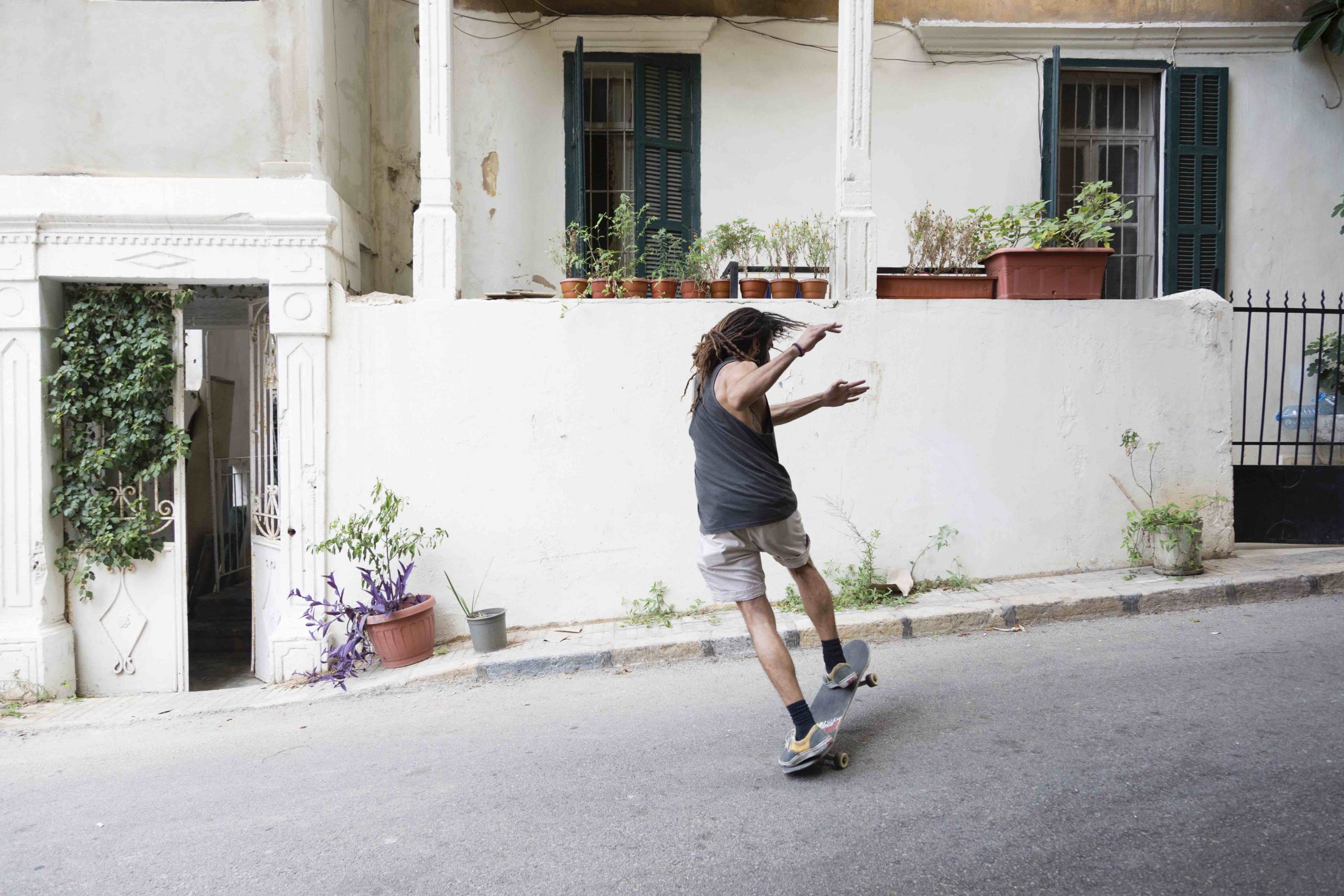 The Beirut explosion was devastating. However, for those living in Lebanon, the event was simply the tip of the iceberg. As the city grapples with the aftermath, a group of skaters are fighting to save their scene – because for them, life on the board is the only way to escape the pressures of everyday life. (Words: Victoria Schneider. Photography: Dalia Khamissy.) 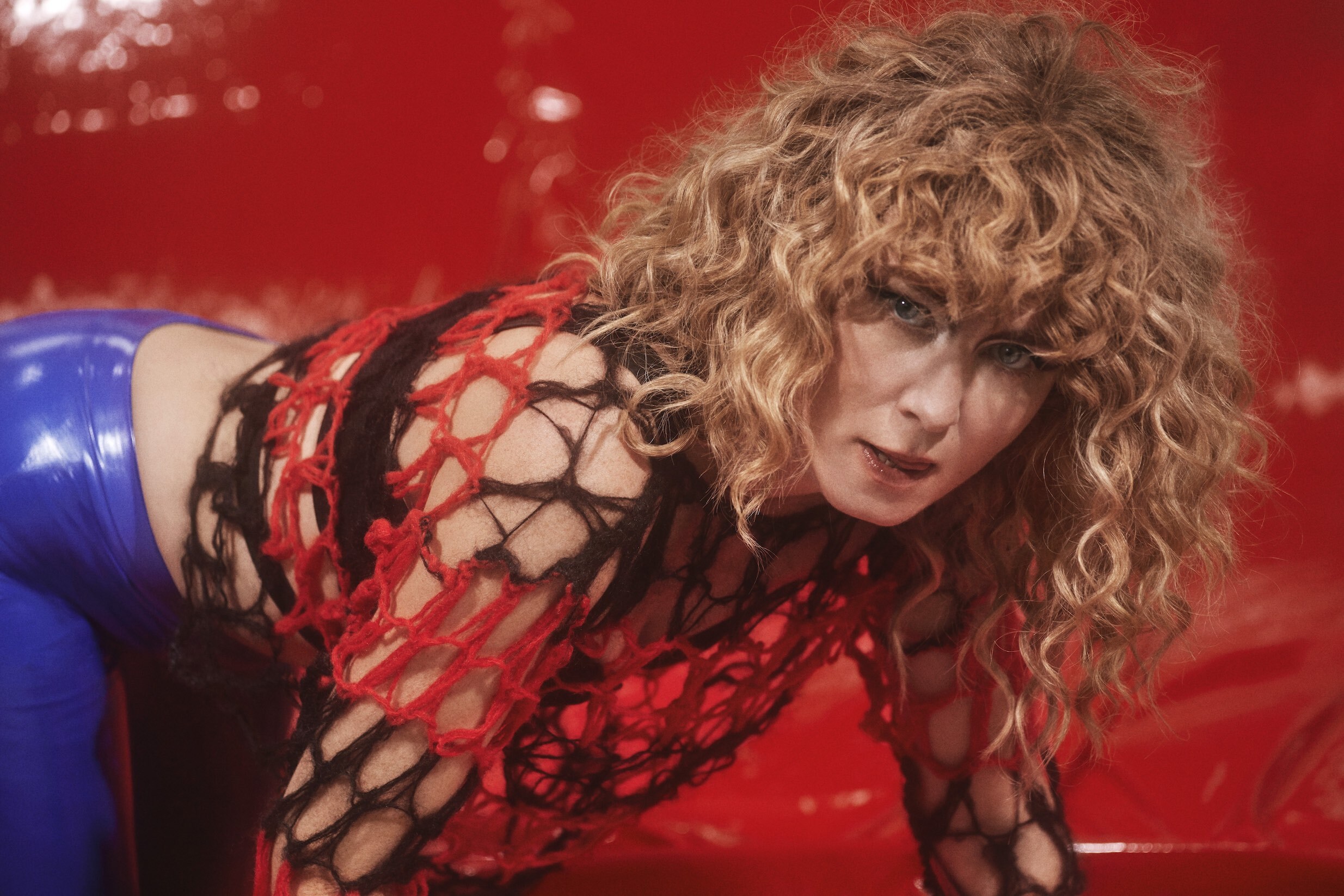 Do you have a problem that needs solving? Fear not: our Agony Aunt for Huck 74 is here to help. (Words: Róisín Murphy. Photography: Adrian Samson.) 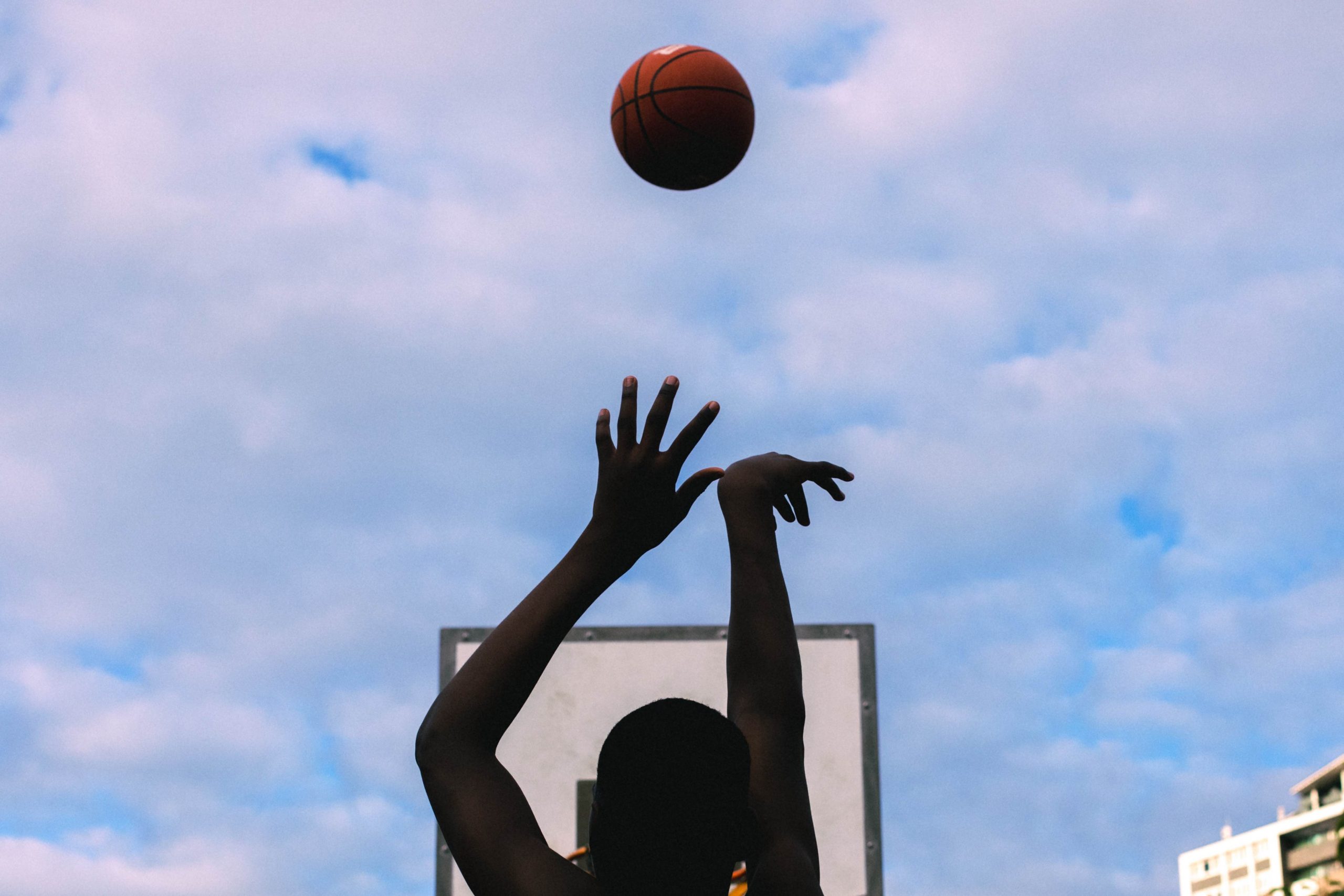 During the summer, London’s basketball courts were some of the first free public spaces to reopen post-lockdown. Scattered across the capital, each one is a unique, self-contained island – home to an impressive cast of regulars, for whom community is everything. (Words: Alex King. Photography: Theo McInnes.) 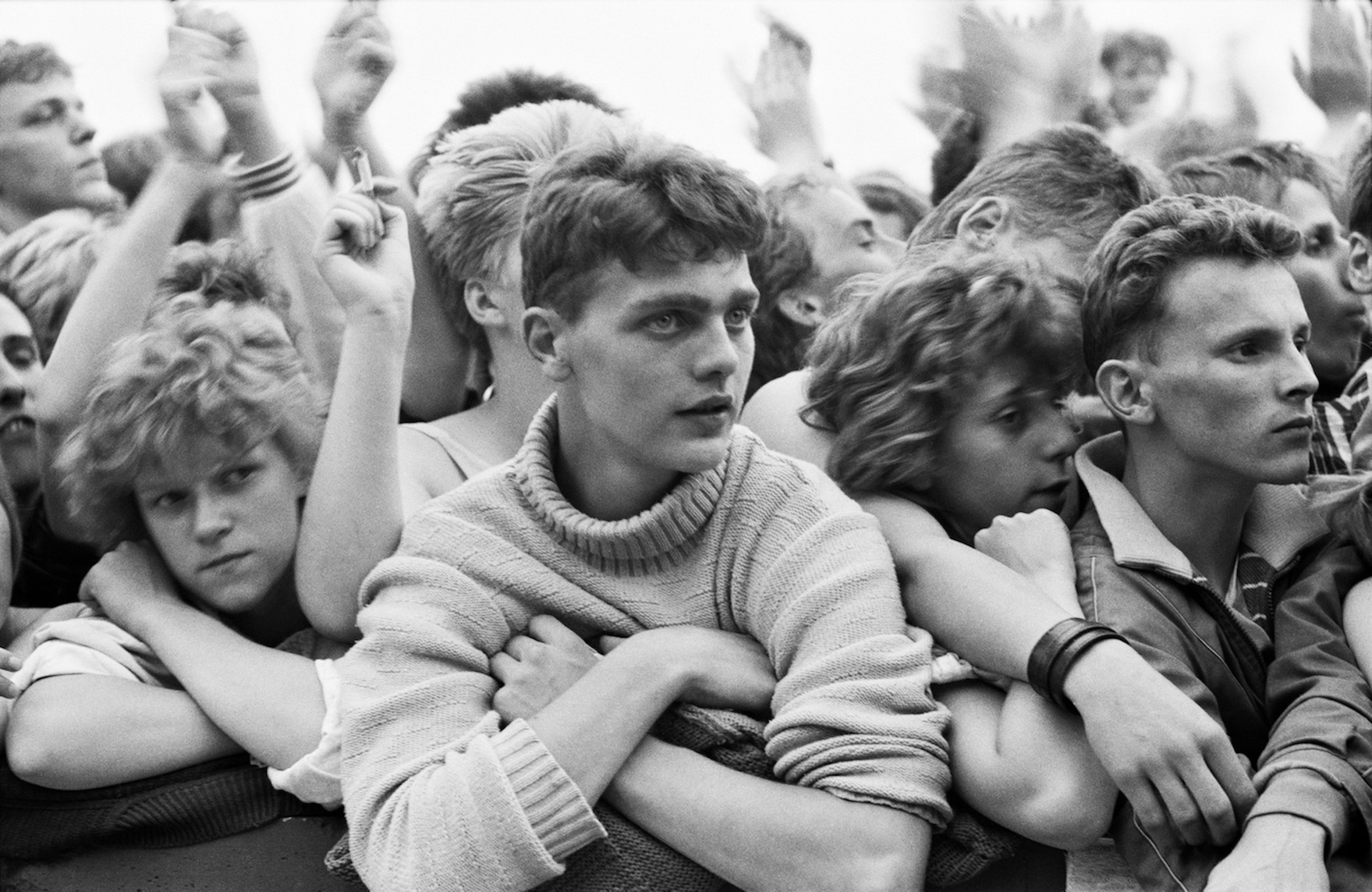 During the ’70s and ’80s, Harald Hauswald shot from the hip, secretly documenting life behind the Berlin Wall. For the rebel storyteller, whose work was smuggled out of the east and published in the west, photography was a way to hit back. Before long, the Stasi knew all about him. (Words: Malcolm Jack. Photography: Harald Hauswald.) 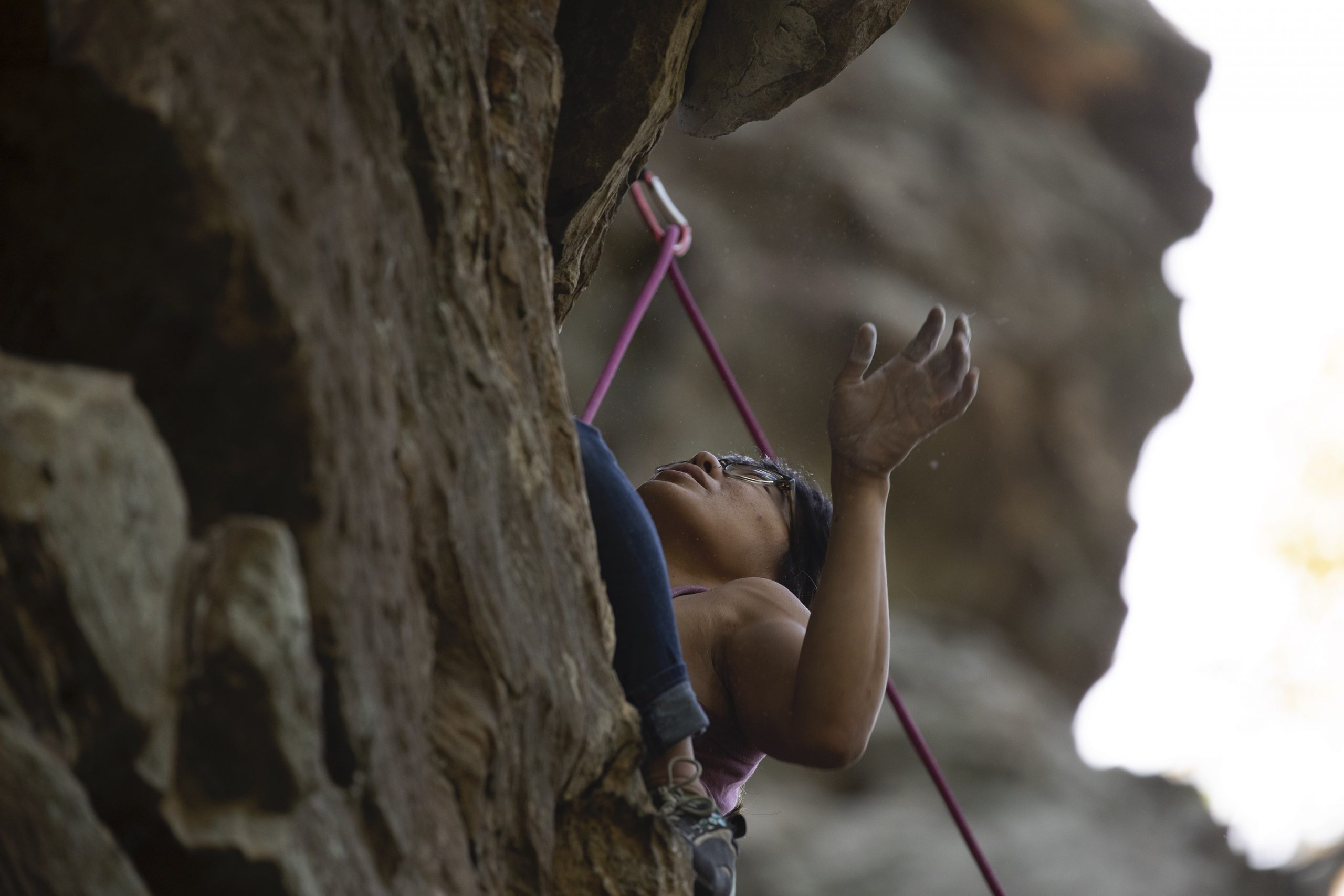 Each issue, we crash someone’s personal space in a bid to find out why it means so much to them. This time around, we catch up with climber and podcast host Kathy Karlo at The Red, Kentucky – the latest stop on her perpetual American road trip. (Words: Niall Flynn. Photography: Sarah Hoskins.) 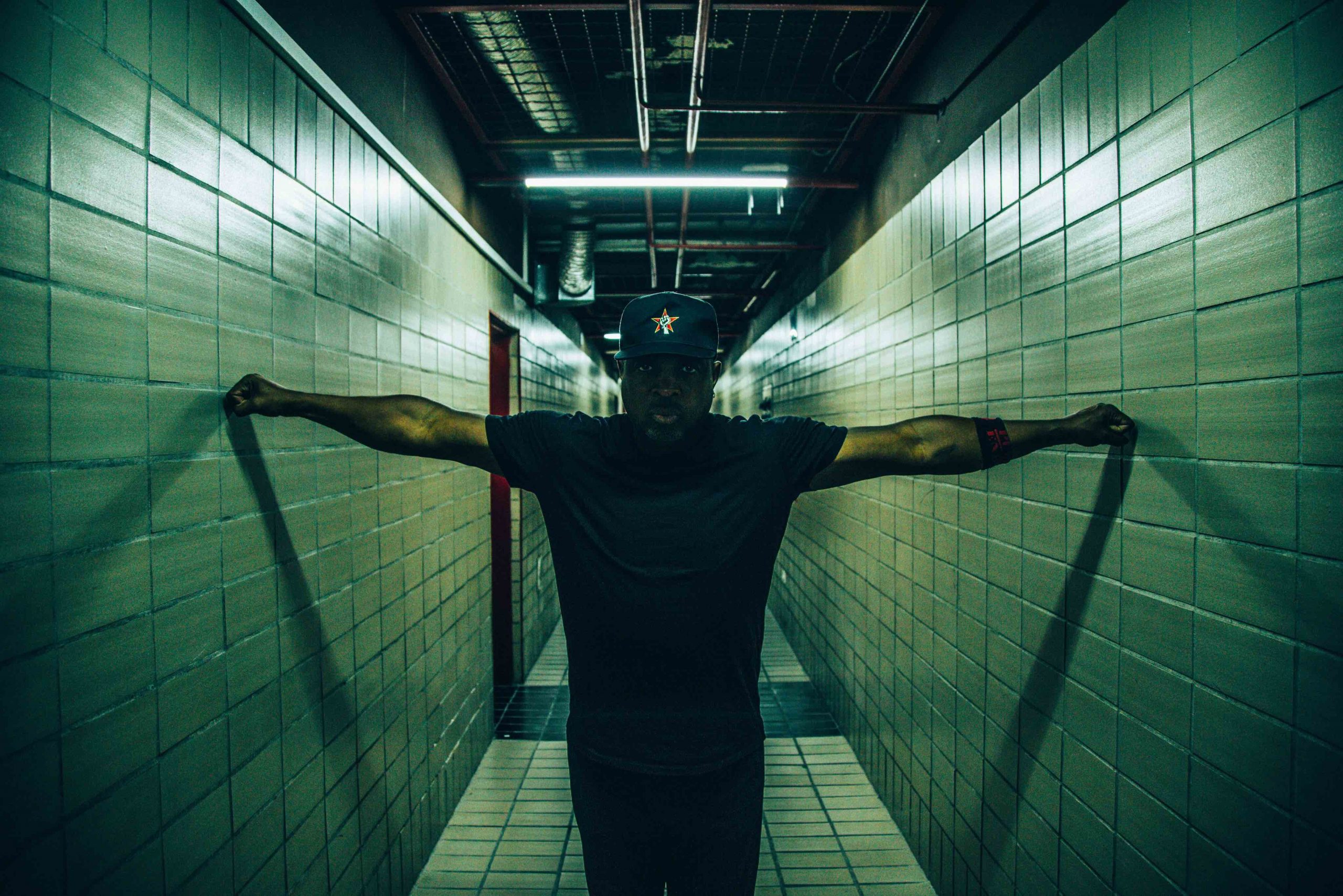 To mark a political moment unlike any other, the hip hop legend shares the lessons he’s learned during his time on the frontlines – explaining why, at 60 years old, he believes it’s time for a new generation to set the pace. (Words: Niall Flynn. Photography: Eitan Miskevich.) 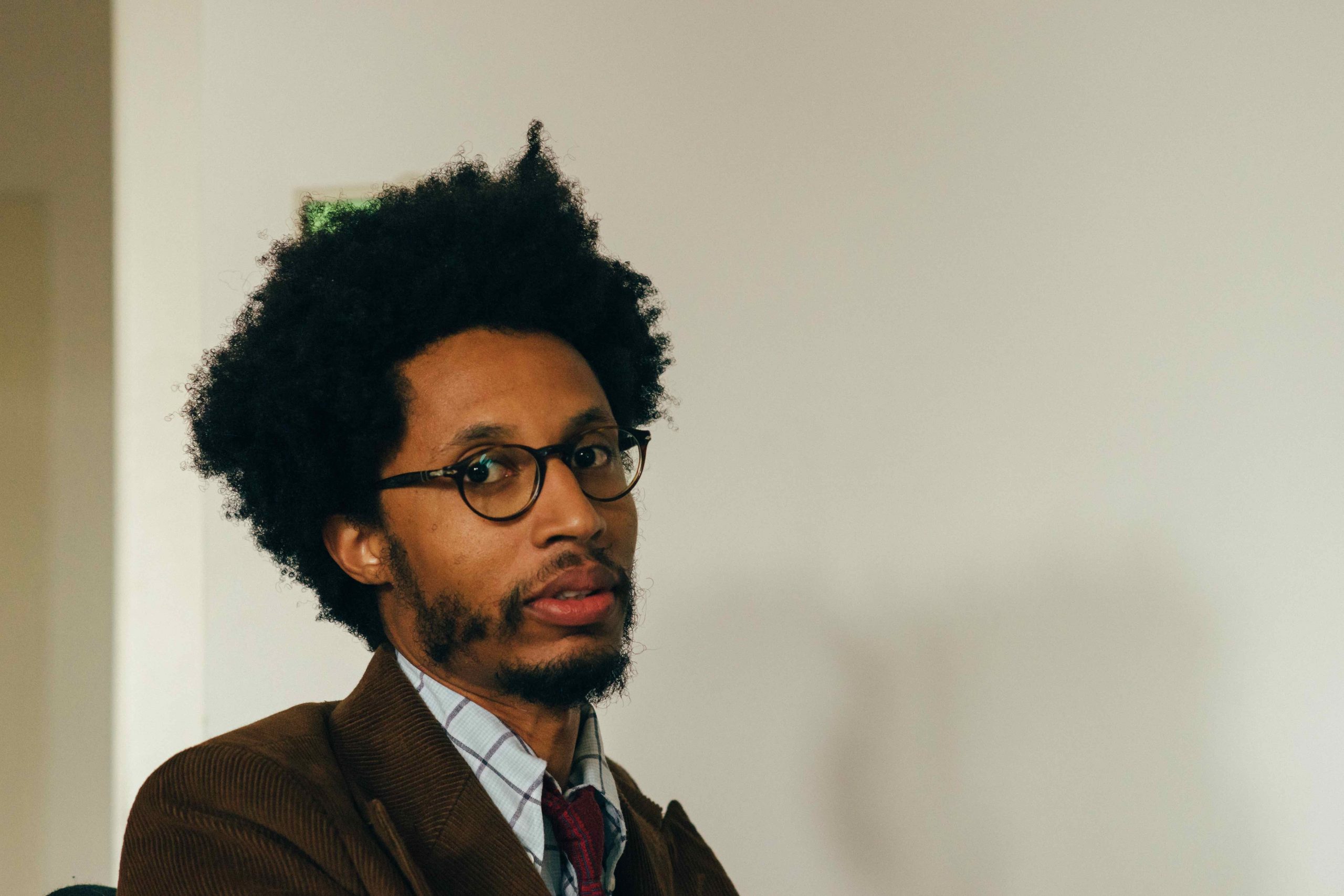 To celebrate the launch of Un Smooth, a new recurring story found in Huck, we sit down with our new Comic Artist in Residence to find out what really makes him tick. (Words: Fabrizio Festa. Photography: Andrea Siegl.) 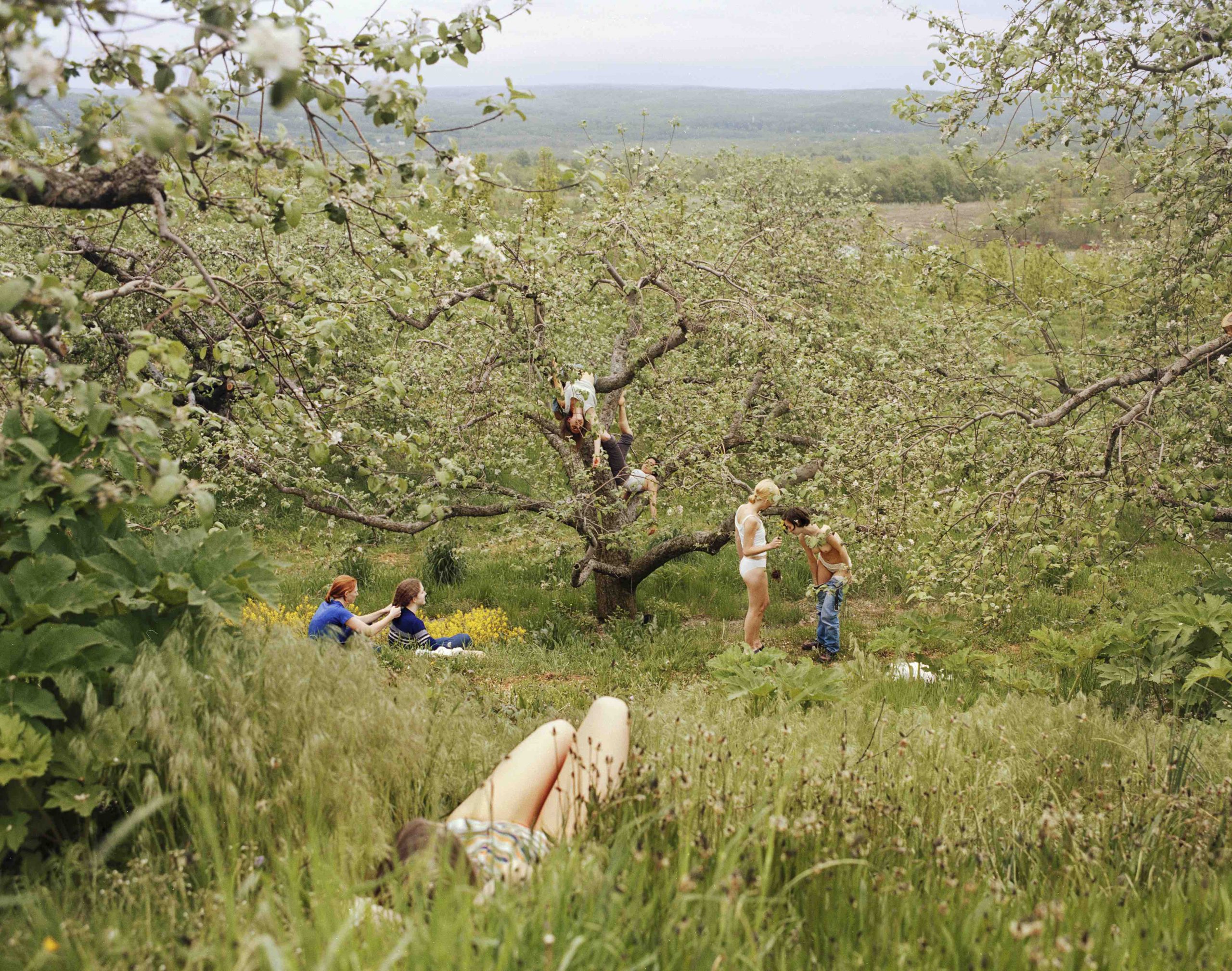 Our strength is in numbers. For our Opening Stills, we spotlight the work of three photographers documenting the collective experience. (Photography: Justine Kurland, Sasha Phyars-Burgess, An-My Lê.)

Pick up The Action Issue in the Huck Shop, or subscribe to make sure you never miss out.

Linkedin
RELATED ARTICLES
OTHER ARTICLES
For over a decade, gamblers have won big by employing people to place live bets from the court. But does this dubious method still work?
By turning a real-life crisis into daytime television fodder, TV bosses have once again shown themselves to be completely out of touch with audiences.
Rhiannon Adam spent three months capturing an ageing society wracked by division, isolation, and the aftermath of scandal.
A new project is documenting formerly incarcerated people as they transition back into civilian life.
A 37-year-old woman shares how her abortion led her to become a clinic worker, and the abuse she’s received in that role.
As the Scottish government announces a rent freeze, an activist with Living Rent who fought and won shares how they did it, and what must come next.