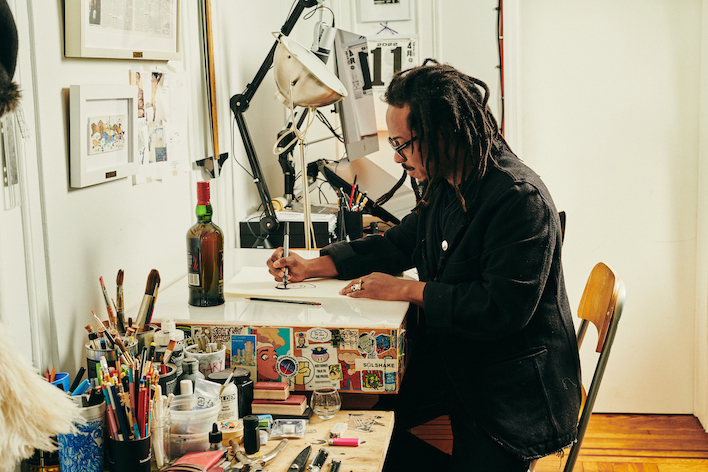 In keeping with this tradition, Planet Ardbeg is itself an anthology of strange, visually stunning tales. The 40-page graphics novel comprises three original sci-fi stories, each based on one of Ardbeg’s signature whiskies: Sanford Greene’s ‘Guardians of Oa’ is an action- packed epic about a copper city coming under attack from a monstrous creature; Ronald Wimberley’s The Best Laid Schemes is a fast-paced neo-western featuring giant botanicals and even bigger beasts; and ‘Take it with a Grain of Sand’ by Emma Rios is a mystical adventure that recounts a quest through a land lost to time. 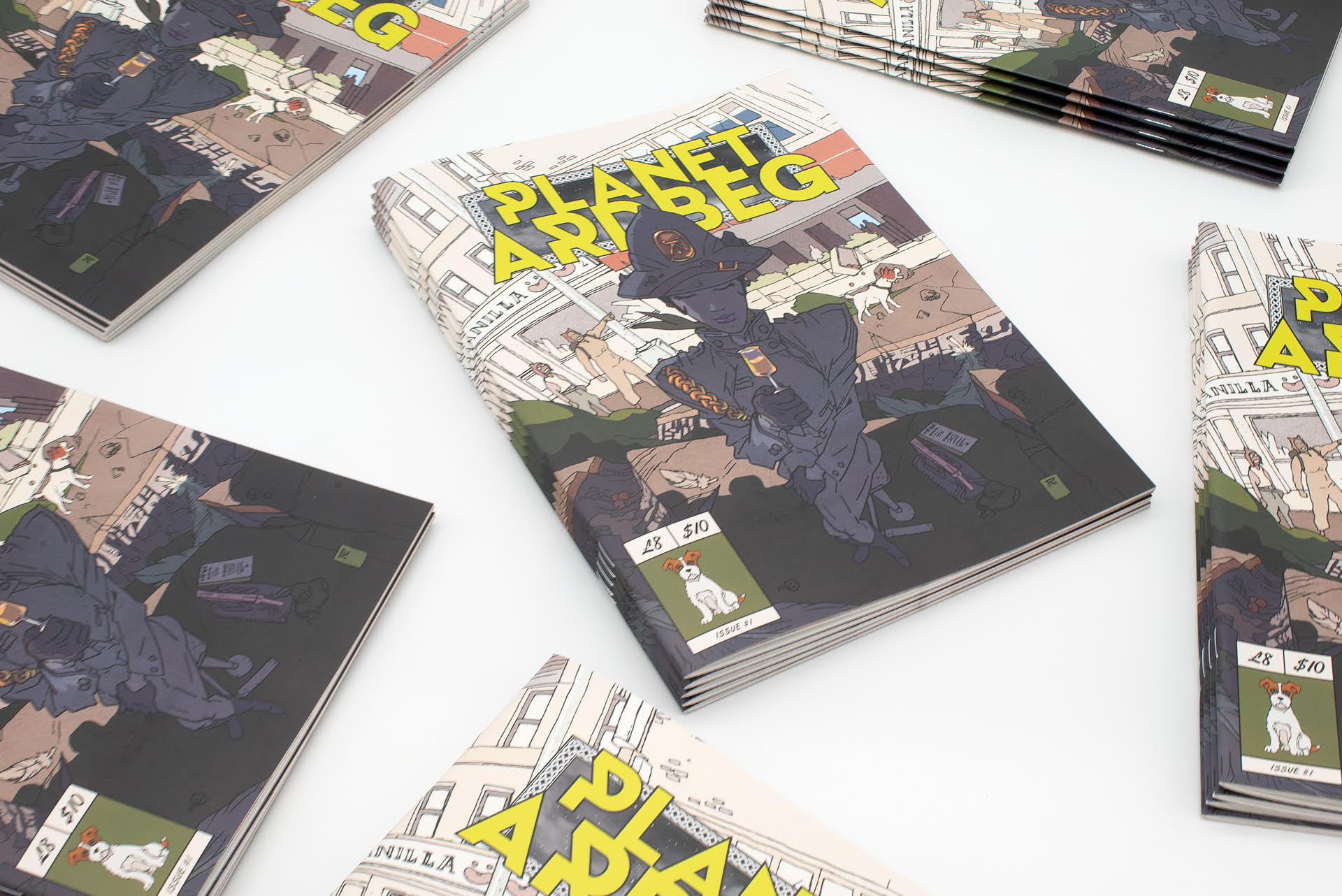 Wimberly, an award-winning American cartoonist and the founder of LAAB, an annual art tabloid examining race, gender, identity and visual culture, also served as creative director on Planet Ardbeg. Speaking about the project’s influences, he explains: “Planet Ardbeg is a response to the magazines that were doing that sort of radical science fiction back in the ’70s. Ardbeg has its own funky, weird vibe – and these magazines were funky and weird, so I wanted to capture that essence in this comic.” Emma Ríos, a Spanish comic artist whose work has appeared in such titles as Pretty Deadly, I-D and Mirror, said of her Planet Ardbeg story: “Take It with a Grain of Sand is the echo of someone yearning for one perfect taste that haunts the dreams of a genie in a faraway land.”

Completing the ensemble is Sanford Greene, a North Carolina-based comic artist who has previously worked with DC Comics, Dark Horse and Image Comics, and whose cult serial Bitter Root, a mix of action and dark fantasy set during the Harlem Renaissance, is now being adapted into a major feature film. 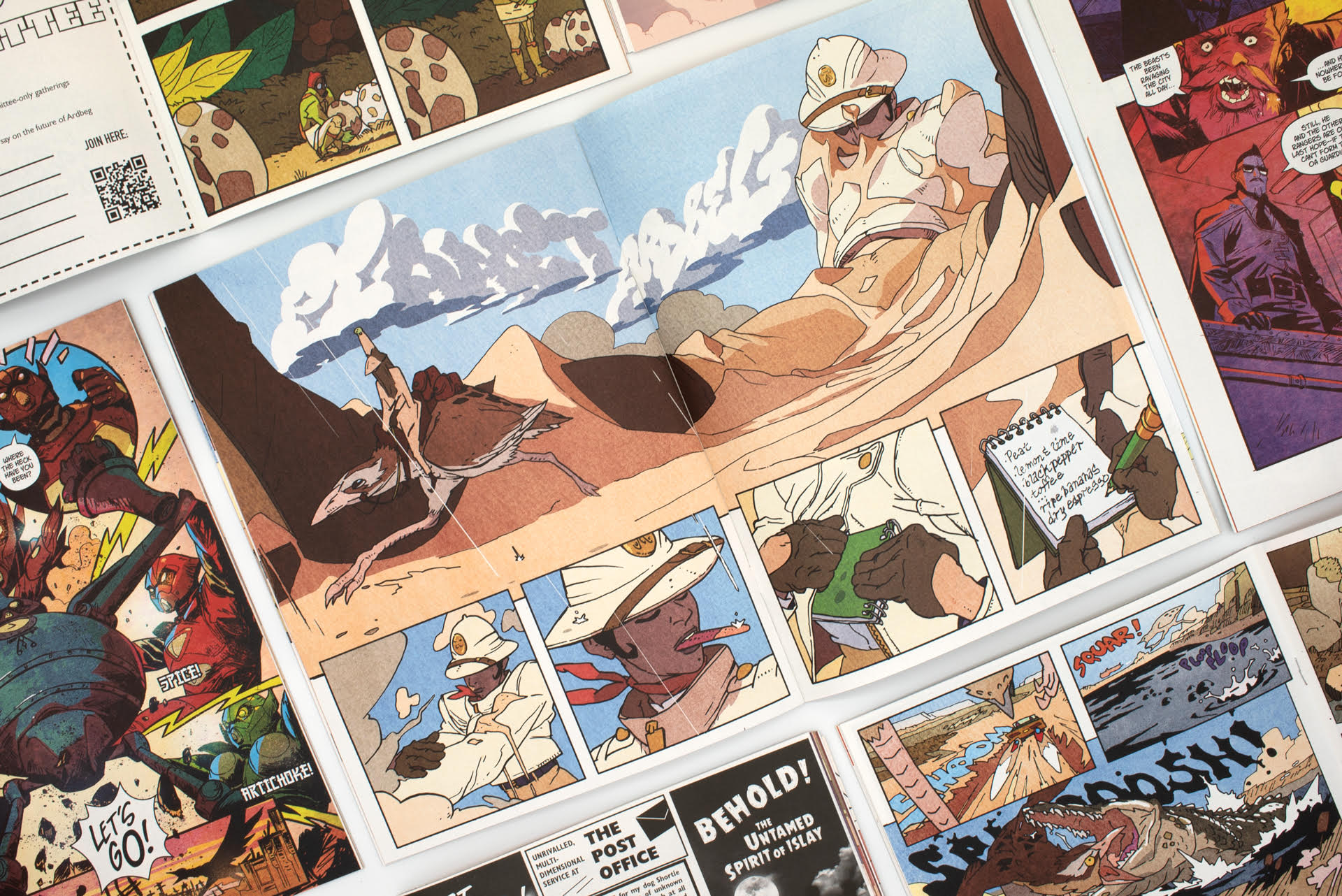 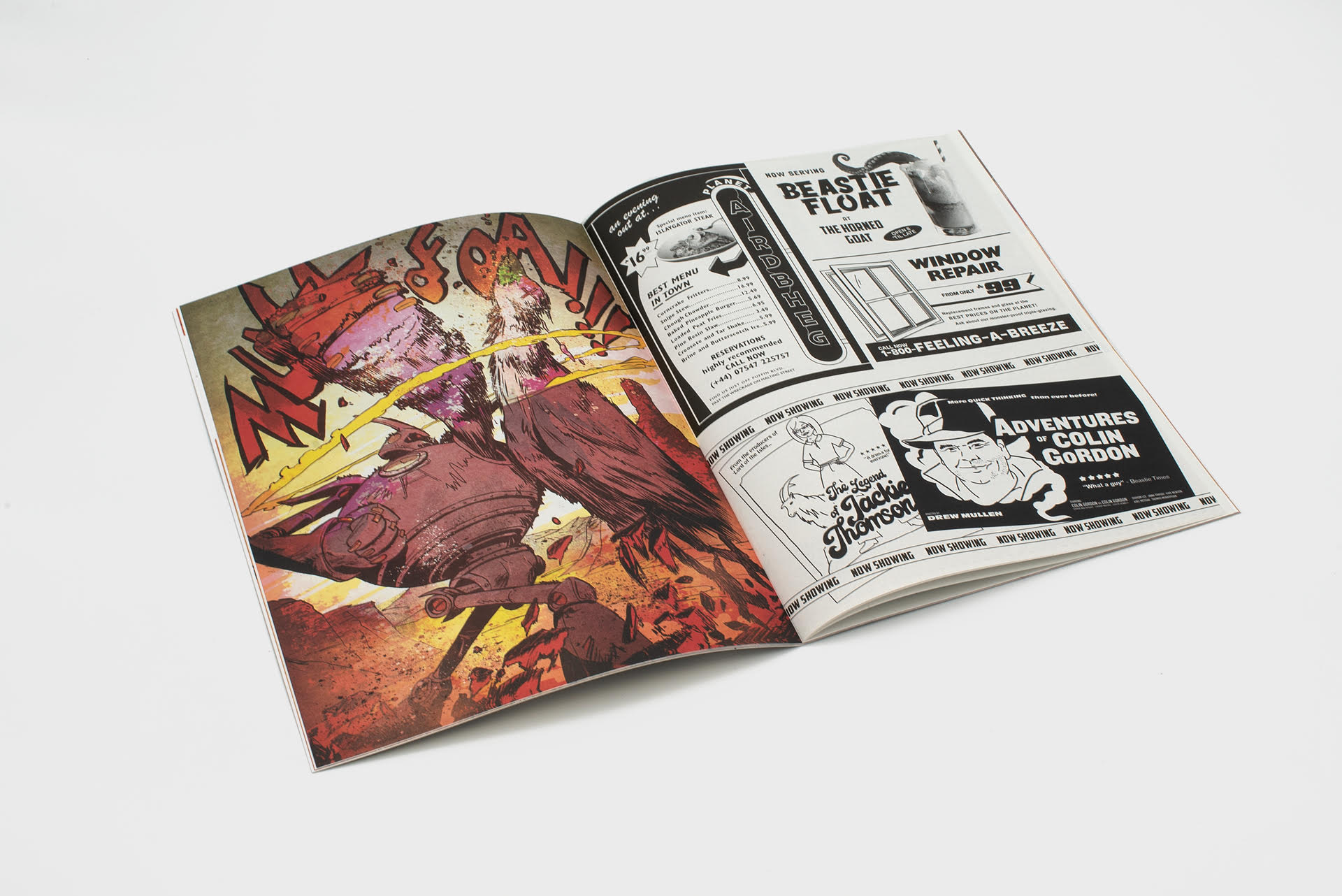 Linkedin
OTHER ARTICLES
Meg Handler’s photos capture diverse groups of New Yorkers coming together for the collective cause of civil rights.
Alternating between colour and black-and-white, the photographer chronicled sexual liberation, economic crises and the repercussions of the war in Vietnam.
Photographer Nico Froehlich’s series documents South London’s diverse communities, while also reflecting on their fragility amid rapid gentrification.
Layna, Maysa and Amaya are three siblings looking to disrupt narratives around the sport. In doing so, they’re hoping to inspire a new generation of skateboarders.
Recent research is highlighting the drug’s enormous potential for treating substance abuse.
Through stills, anecdotes and film criticism, a new book examines the portrayal of women’s destructive emotions, reframing it as a challenge to patriarchal structures.