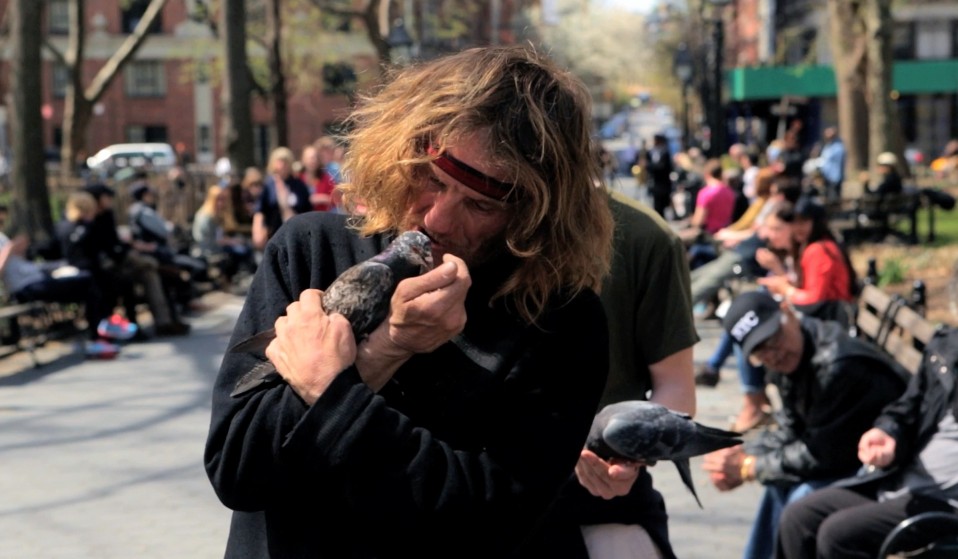 Photography © Nicolas Heller - No Your City

Check out a year of London skateboarding, see if you could live for a whole year for free and more.

Check out a year of London skateboarding, see if you could live for a whole year for free and more.

Earlier in the week there was a bit of a heat wave, we were told. People laughed, played and made the most of the glorious rays bathing their skin while their bodies unconsciously produced vitamin D so everyone was in a pretty great mood. Well, that lasted for all of two days and now it’s gone. It did, however, look like it was fun while it lasted for the people who walked by our office’s windows. Meanwhile, we’ve been hard at work producing a magazine and making sure you’ve been kept entertained by our online work. We hope you’ve enjoyed it and you seem to have done.

So, for your viewing pleasure and general merriment, here’s the articles that have got you guys clicking on Huck this week.

1. Is this the most controversial image of the 21st century?

Maybe it is, maybe it isn’t. The World Press Photo awards decided to withdraw an award for Italian photographer Giovanni Troilo. This basically raised a question about everything that we’ve ever understood photojournalism to be about. So where does that leave us?

2. Could you survive without any money at all?

3. Are New York’s eccentric street characters being pushed out?

Gentrification looms large over NYC as it threatens to trample everything in its path. The romanticism is slowing being squeezed out of the city as are its most colourful characters. Gentrification, stop. Now.

4. The return of the free dial-a-rave

Need a party? Call ‘em up. It’s a fun, free and funky service for your modern-day sort of person.

5. This what a year of skateboarding in London looks like

Of London is the latest in the Of series and explores what this grand old cities skate scene looks like over the course of 365 days. Alex Irvine curated the snaps and the book will be launched at our 71a Gallery this Saturday (April 18).

Oceana, West Virginia, looks like a pretty messed up place through Sean Dunne’s camera focusing on this community’s struggle with legal drug addiction. Oxyana, nicknamed after Oxycontin, has never looked so dark.

7. Jordy Smith on the future of surfing

Jordy Smith opens up about where he sees surfing going as people pull of bigger tricks and push the sport to its absolute limits.

8. Paddle Against the Flow

Need some wisdom imparted on you before you step out the door today? Check out our book full of inspiration. It’ll change your life.

Linkedin
OTHER ARTICLES
Whether it's partygate, the climate crisis or the spiralling cost of living, the fightback begins on the picket lines writes Tommy Vickerstaff
Freddie Miller’s new series of photographs investigates who today’s trainspotters are and what drives their unfettered enthusiasm.
For decades, an area of East London has served as a community hub for Vietnamese people looking for a taste of home.
Photographer Matthew Brookes recalls following a group of young people in Venice Beach living in search of the perfect wave.
In the latest instalment of Photographers in Conversation, the chronicler of raves, protests and beyond explains why he’s drawn to such specifically visceral environments.
Finland-born photographer Sirkka-Liisa Konttinen looks back on her decades-long documentation of life in Northern England.