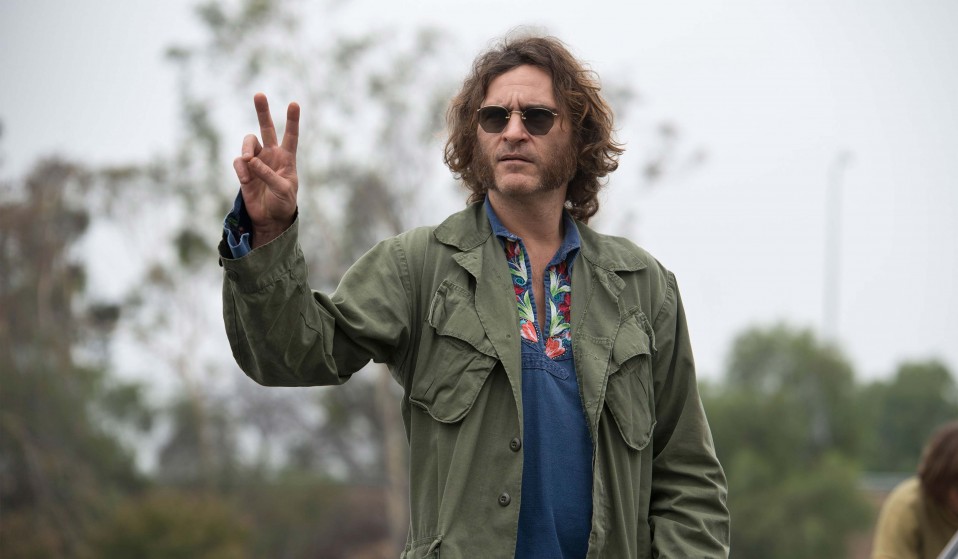 On 4/20, we’ve got the choicest cuts of kush cinema to help you through the haziest day of the year.

On 4/20, we’ve got the choicest cuts of kush cinema to help you through the haziest day of the year.

If you can still make out the television through the thick cloud of smoke that should be filling every self-respecting stoner’s living room on 4/20, we’ve served some cinematic top billing.

From stoner classics like Friday, to arthouse gems like La Haine and left-field picks like Werner Herzog’s Cave of Forgotten Dreams, we’ve got a full-spectrum of cerebral and not-so-cerebral excitement for those bloodshot eyes.

If you’ve got Domino’s on speed dial, it’s time to turn on, tune in and skin up, safe in the knowledge you have no need to leave the sofa till April 21st.

Steeped in stoned ‘70s vibes, Paul Thomas Anderson’s blissful three-hour epic chronicles the dying days of the hippy dream in Southern California. Carved from Thomas Pynchon’s thought-to-be-unfilmable novel and featuring a number of ominous mysteries, like the renovated pirate gallon named The Golden Fang which floats off the coast, be warned, this might give you a bit too much to think about at times…

From Doom Generation director Greg Araki, Smiley Face takes struggling but perpetually stoned actress Jane (Anna Faris) through a tough day of errands, including buying more marijuana. After her roommate’s pot-laced cupcakes add to the already high volume of THC swirling around her system, it’s time for the Los Angeles misadventures to begin.

Werner Herzog uncovers a stunning world full of art and wonder hidden in an ancient cave beneath France. Drawn with an impressive level of sophistication and detail by early man around 32,000 years ago, the mind-blowing cave paintings will give you pause for thought. Mesmerising stuff.

Have you ever smoked anything so good it can be equated to “God’s vagina”? Thought not. The high-octane strain that gives Pineapple Express its name kicks off possibly the best stoner comedy of the new millennium. While witnessing a murder isn’t the best way to solidify the bonds of friendship with your weed dealer, it leads reluctant buddies Dale (Seth Rogen) and Saul (James Franco) on a wild journey featuring Rosie Perez, a Daewoo Lanos and, of course, some ninjas.

If you can manage to sit through just over an hour of clunky black and white 1930s moral panic propaganda, you’ll get some tragic lols from seeing how many of the moronic myths about weed are still alive in 2016.

“I know you don’t smoke weed, I know this, but I’m gonna get you high today, ’cause it’s Friday, you ain’t got no job, and you ain’t got shit to do,” explains Friday co-writer and co-star Ice Cube. Well, if that’s not reason to spark a fattie like it’s 1995, we don’t know what is.

Perhaps what keeps people coming back to Harold and Kumar’s harrowing search for the perfect burger is how we can all empathise with their plight. When the munchies take over, and nothing – just nothing – will fill the void like that special something, the barriers that stand in the way each amount to their own minor tragedies.

Decades before America took a more relaxed stance towards marijuana, Cheech and Chong were crisscrossing the nation as a counterculture comedy team laying the groundwork for stoner comedy as a genre in its own right. The seminal Up in Smoke is the old-school stoners’ master work and chronicles their half-baked efforts to smuggle a shipment of the high-grade into the states from Mexico.

Hunter S’s measly “two bags of grass” are dwarfed by his harder collection of “multi-colored uppers, downers, screamers, laughers” but that doesn’t mean Fear And Loathing In Las Vegas hasn’t got tons to interest the stoned moviegoer. The unforgettable one-liners, the epic hallucination scenes, all those swirling colours…

Linkedin
OTHER ARTICLES
At his West Bank restaurant, Fadi Kattan established himself as the voice of modern Palestinian cuisine. Now, he’s bringing his innovative, bold flavours to the UK’s capital.
A new law change is enabling Britain’s donor-conceived children to know the truth about their origins – but campaigners say the fertility industry must do more to protect people.
Photographer Sean Maung reflects on documenting a small town in Pennsylvania afflicted by high levels of unemployment, poverty, violence, crime, and addiction.
Tristan O’Neill’s shots of dancers caught in moments of reverie at the height of rave’s golden age are a testament to the UK’s legendary club culture.
Filmmaker Laura Poitras discusses her new documentary which traces the remarkable life of the artist-activist and the impact of her battle against the US opioid crisis.
A new podcast is opening up the conversation between trans women and trans amorous men in the hope of building coalitions.