i
Photo by Dan Budnik, courtesy of Magnolia Pictures.

Director Raoul Peck spent a decade making a posthumous collaboration with his hero: bringing the urgent ideas of writer and activist James Baldwin back to life. The results are astonishing.

I Am Not Your Negro has the power to leave you altered. The world may remain exactly the same after watching, but your perception of it will be skewed.

Its radical representation of race in America demands accountability from audiences – not because the documentary makes any new revelations, but because it exposes just how little has changed since the Civil Rights Movement.

“You can’t be innocent anymore; you can’t pretend that you didn’t know,” says Raoul Peck, the film’s director. “But when you suddenly see the scope of things you weren’t fully aware of – things right in front of you – you’re being given a chance to confront that.”

Peck is sitting in the otherwise-empty restaurant of a posh London hotel – the kind with marble pillars and zinc countertops – where waiting staff scurry between tables, clattering cutlery as they go.

The 63-year-old, who looks like he’s in his forties, wears a grey suit jacket, white shirt and navy cardigan. He has a pencil-thin moustache, a gold ring on his left hand and a band-aid dotted with blood on his right. An iPhone flashes intermittently, vying for his attention, but every he answer he gives exudes a calm, warm focus.

Peck’s journey as a guerrilla filmmaker is an unusual one – from cab driver to photo-journalist, from serving as Haiti’s Minister of Culture to president of La Fémis, France’s national film school – but James Baldwin has been a touchstone of inspiration along the way.

He was a trailblazing writer and activist from New York whose views on society retain so much resonance, almost 30 years after his death, that they still seep into everything from anti-Trump protests to award ceremonies.

I Am Not Your Negro draws from his unfinished manuscript about the lives of Medgar Evers, Malcolm X and Martin Luther King to frame a scathing deconstruction of race relations in the US that has lost none of its urgency.

“A lot of people didn’t even know about Baldwin but for those who did, he was incredibly important,” says Peck, his round eyes widening with enthusiasm.

“He shaped me because he really was a guide. I read him when I was 17, 18 and there were moments many years where I was giving my position on solving certain problems and I realised, ‘Wait, that was Baldwin.’ It wasn’t me but it was so in me that I thought it was.”

Peck grew up in Haiti before moving to the Congo at the age of eight, when his family fled from the dictatorship of François ‘Papa Doc’ Duvalier to start a new life.

“I had a very physical relationship with fear from growing up in Haiti,” he says. “My father was arrested under under the dictatorship of Duvalier, so I know the fear of disappearing; I know the fear of roadblocks where you feel there are people in uniforms, armed in the dark, who they can do whatever they want to you. That prudence in front of uniforms has never left me.” 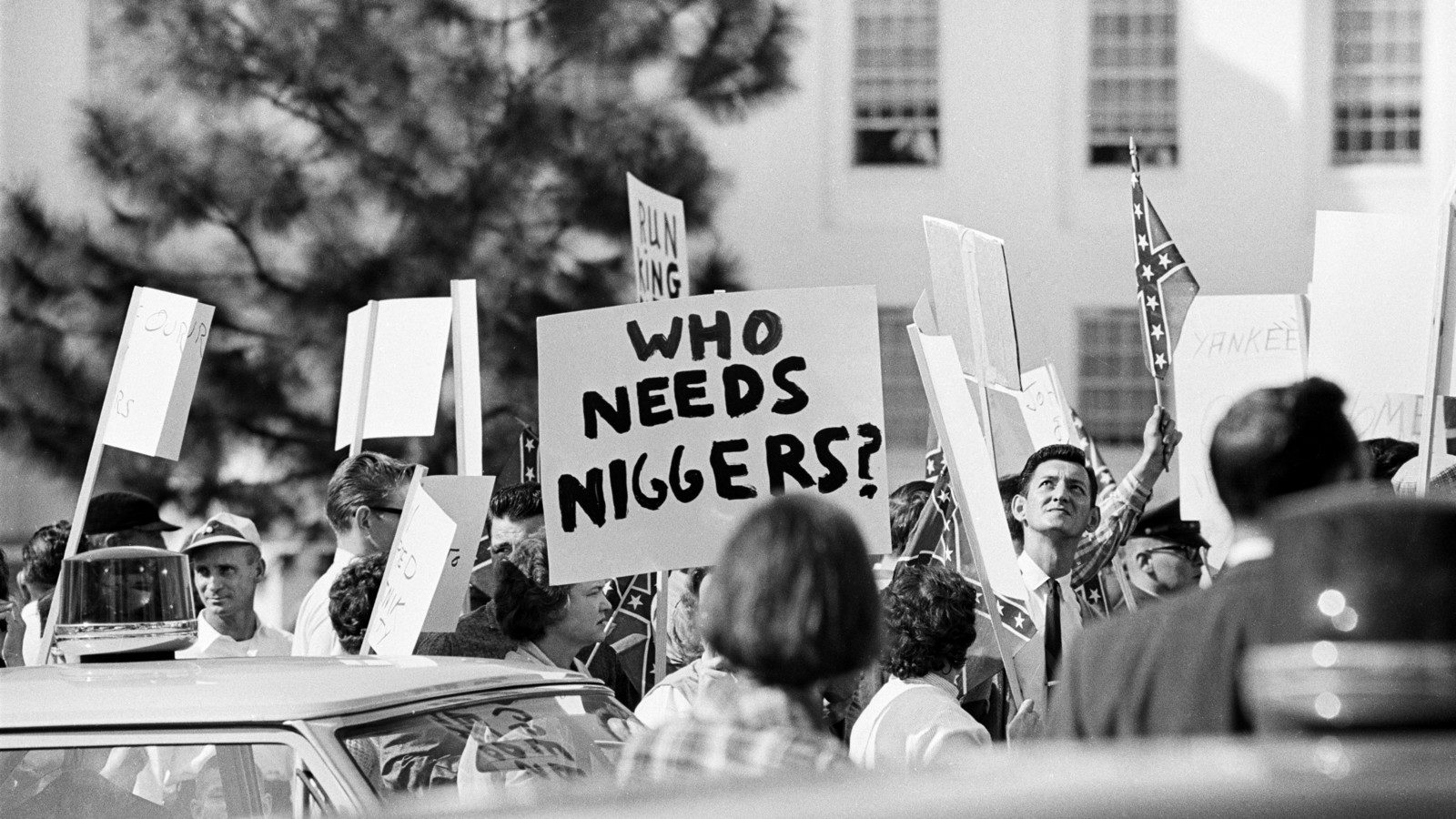 Peck pursued a career in industrial engineering before deciding to study film at the University of Berlin. It was there, sharing a dorm with two gay African-Americans that he experienced something of an awakening. Whereas Peck had grown up without an identity defined by others, these two friends seemed angry at how they were perceived back at home.

“Every evening we would have these long conversations where I saw a difference in my dealing with blackness and theirs,” he says. “That’s when they gave me my first James Baldwin book, which was an incredible encounter for me.”

Berlin felt like a melting pot of political awareness in the ’70s, Peck says, and similar exchanges with activists from places like South Africa, Iran, Chile and El Salvador engaged him as an artist.

“That’s where my path to cinema came from,” he says. “I realised I wasn’t getting into film just to tell stories or do romantic comedies. For me, cinema is an instrument. I try to avoid making didactic films but I do believe that cinema has the power to change you; sometimes not collectively, but individually.” 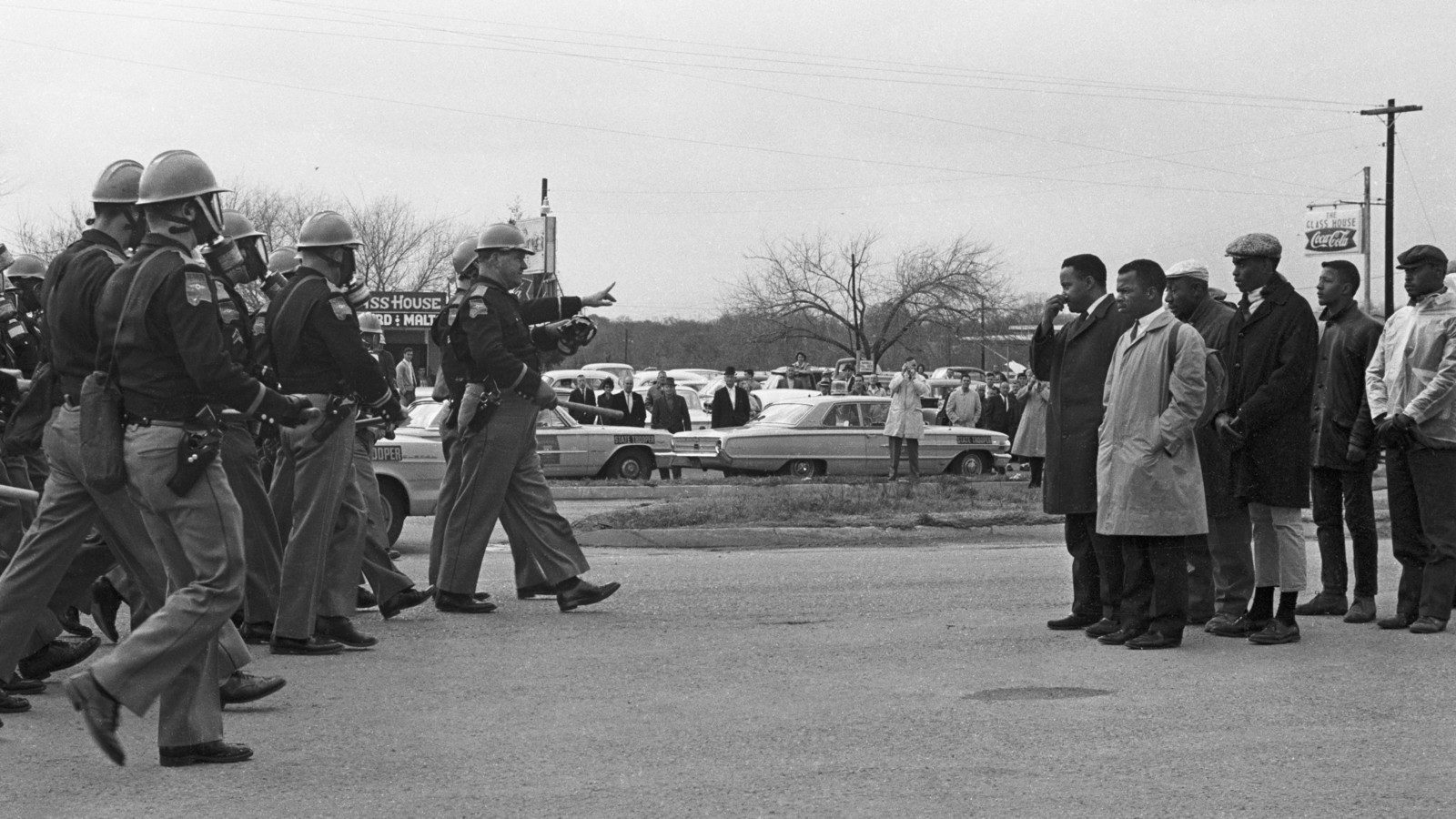 This is where James Baldwin comes in. Ten years ago, Peck wrote to the his estate – renowned for ignoring requests – with a plan to bring his work to life on screen. He was quickly invited to meet with the writer’s sister, who was a fan of his 2000 film Lumumba – a biopic about the Congolese leader Patrice Lumumba – and granted him unlimited access to boxes of Baldwin’s writings.

“It gave me deeper insight into who he was and how he functioned,” he says. “But the other feeling I had was, ‘My god, I better come up with an incredible film.’ In the industry, that’s a one-shot situation.” He laughs. “If you miss that shot, everyone is going to know and you’ll be ashamed of it for the rest of your life.

The end result, I Am Not Your Negro does away with the typical talking-head documentary format, instead using James Baldwin’s words – either in the form of archive clips or a narration by Samuel L. Jackson – to drive a poetic montage. It questions institutional racism, pokes at liberal hypocrisy and shines a light on how white people see themselves. 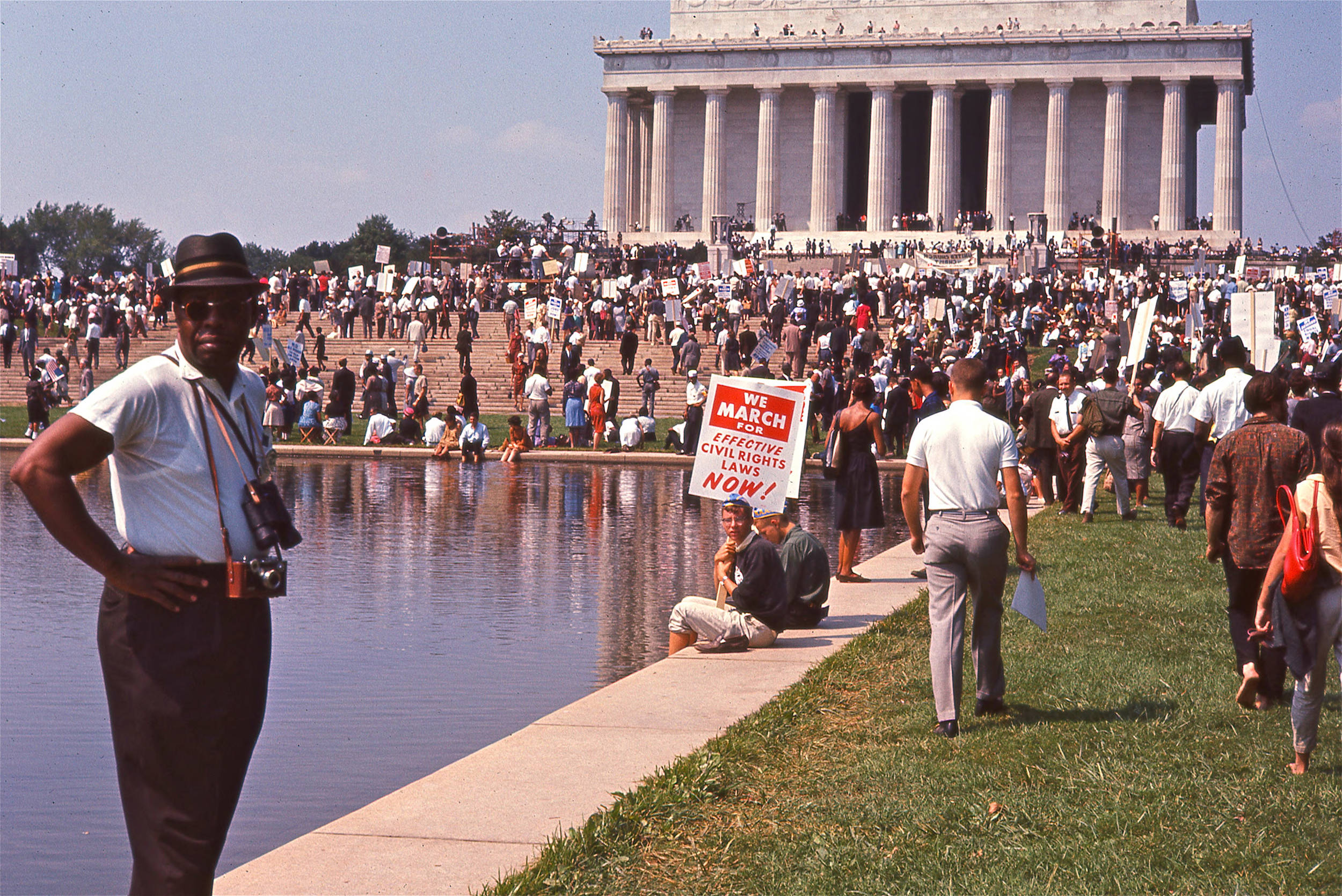 Crowds gather at the Lincoln Memorial for the March on Washington, 1963. Photo courtesy of Magnolia Pictures.

“What white people have to do is try and find out in their own hearts why it was necessary to have a nigger in the first place, because I’m not a nigger,” Baldwin says in the film. “I’m a man… but if you think I’m a nigger, it means you need it.”

The Oscar-nominated film – which has become the highest-grossing documentary at the US box office in 2017 – doesn’t just serve as an introduction to Baldwin. It makes his ideas and beliefs so abundantly clear that you feel like you know him.

At screenings, Peck says people have been coming up to him in tears – black and white, old and young, gay and straight – saying that they no longer feel alone. And he gets it, he says, because the same thing happened to him.

“Baldwin helped me realise that I belong wherever I am – I never ask myself if I’m legit or not,” he says, tapping the table so intently that he knocks over a glass of water.

“And whatever your level is – your culture, your politics – you’re sure to get something from his words because they hit you hard.” 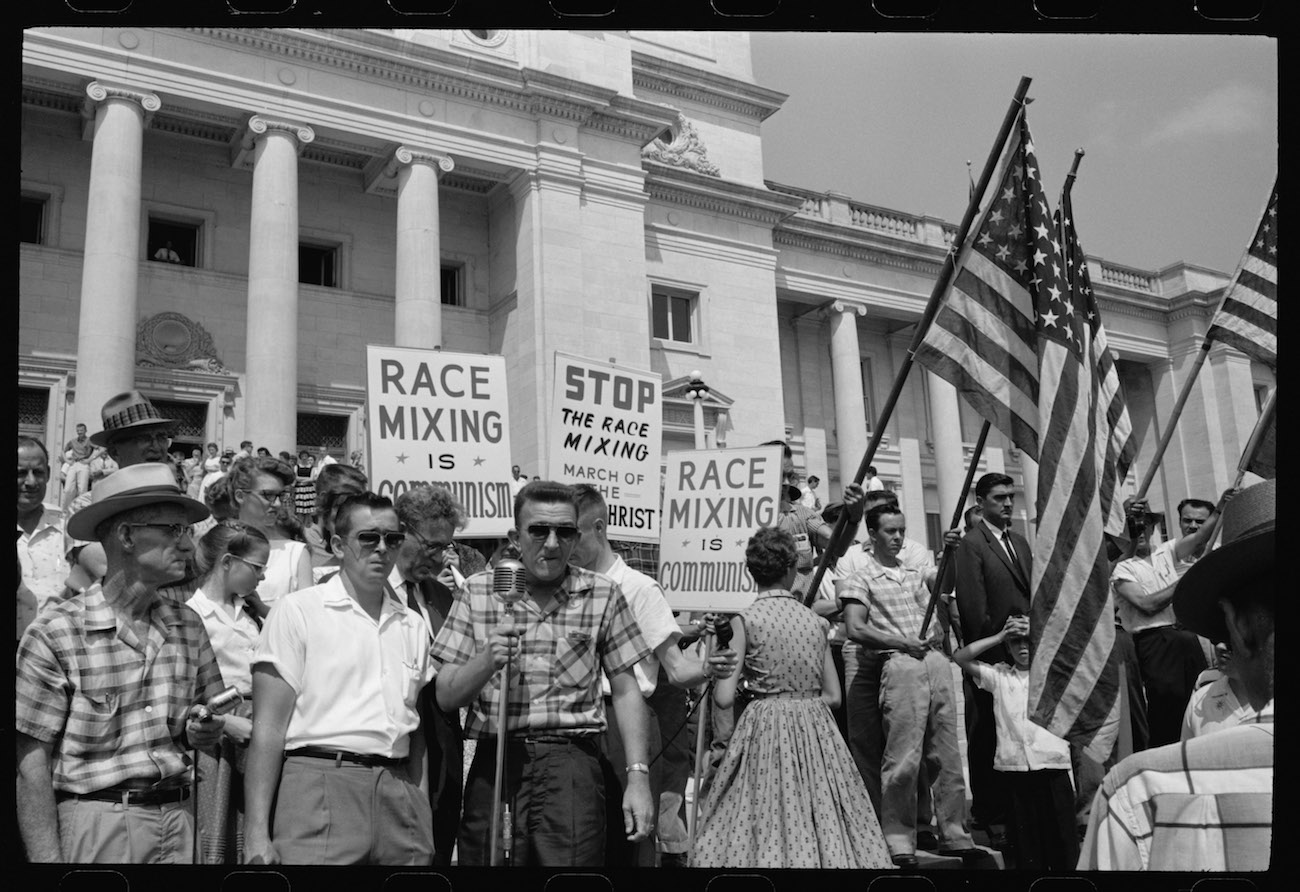 The way Baldwin could distil complex ideas into fundamental truths, he adds, means that they still speak to the present moment – like the way he compares the entertainment industry to the use of narcotics. That was said 50 years ago, when there were only three TV channels in the US.

“At a time when people don’t have answers and are totally confused, when the whole fake news thing is just the surface, that’s profound,” says Peck.

“Baldwin’s voice gives you some sort of structure in the big picture. But he also confronts you by saying, ‘You are your history. That means you better own it.’ Because if you don’t, and something happens, you will be responsible.”

I Am Not Your Negro is out in UK cinemas from 7 April.

Linkedin
RELATED ARTICLES
OTHER ARTICLES
Students are being left to languish in unsafe housing, in some cases leading to serious health complications.
As the Criminal Bar Association enters its fifth week of action, criminal barrister Russel Fraser explains why the legal professionals have walked out and how action is likely to escalate.
Photojournalist Fiora Garenzi spoke with people still living in Eastern Ukraine, an area which seen some of the heaviest fighting since the war began.
After rewriting the indie rulebook with her devastating songs about romantic longing, the singer-songwriter is now imagining a future in which the artist is no longer a product.
The author discusses her new memoir, which offers a sobering reflection on the racism and otherness she’s experienced along with a joyful celebration of her culinary heritage.
The government’s brutal crackdown on NGOs has left victims of rape without anywhere to seek help. And now, as the country plays a key role is Russia’s war, things are only getting worse.