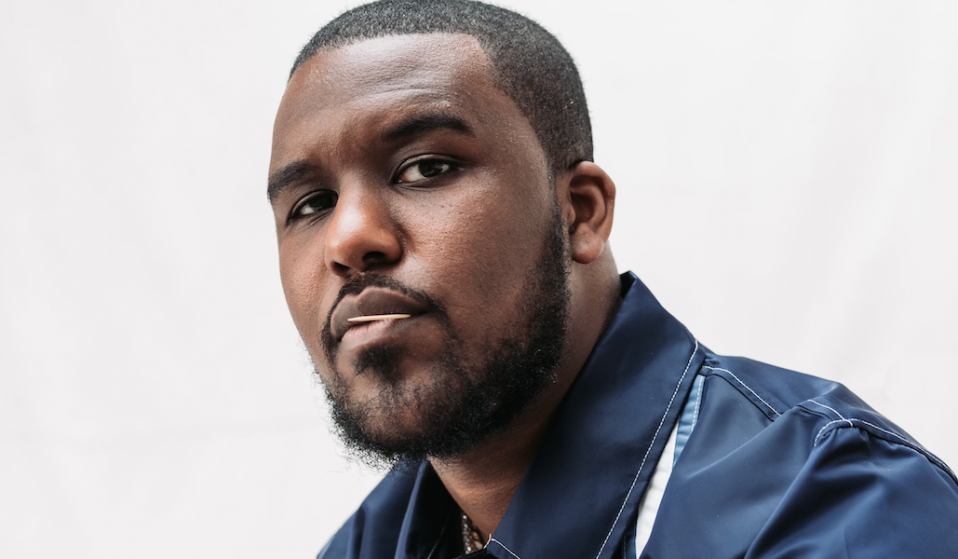 The 25-year-old MC is giving back to the South East London borough he calls home.

The 25-year-old MC has built a career defined by artistic integrity. He talks to writer Robert Kazandjian about how he got to where he is and giving back to the South East London borough he calls home.

Born and bred in South East London’s ‘blue borough’ of Lewisham, 25-year-old MC and record producer Novelist has been active in music since his early teens. Before that, he was flying the flag for his manor in a very different way, serving a term as Deputy Youth Mayor of Lewisham from 2012 to 2013. While Skepta was the face of grime’s glorious renaissance in 2014, Novelist featured on some of the resurgent scene’s most influential anthems, like Mumdance’s ‘Take Time’ and ‘Pengaleng’, as part of grime collective The Square. These underground bangers soundtracked a new generation’s joyful block parties and rattled car speakers across the capital and beyond.

Patience has defined Novelist’s career ever since. “I’m not willing to compromise the integrity of my journey,” he tells Huck, over a crackling phone line. “If there is a vision, you either stick to it or you don’t. There’s no in between. I have to stick to the vision.”

His expectation-defying debut album Novelist Guy finally landed in early 2018. Over Novelist’s own thunderous industrial productions, his bars feel more like commands and mantras to guide young people in the inner-city towards a better way of living. This was a grime project about making good choices in a world where the cards are dealt unfairly. The project was shortlisted for the Mercury Prize that year.

In 2020, a handful of mini EPs  – Heat, Inferno, and Rain Fire – experimented with a sonic-palette far broader than grime, from drill and trap, to sun-drenched California G-Funk. It’s G-Funk that breathes life into his latest project 4 Tha Homiez, arriving in May this year, after a two-year hiatus. The vibe: Novelist and his friends cruising Lewisham’s streets in immaculate Cyan Cadillacs, the summer sun behind them. It’s one of 2022’s most distinct releases.

Huck caught up with Novelist while he was on a break between rehearsals for the headline show he’s curating at The Albany, Deptford, as part of Lewisham’s London Borough of Culture programme, to talk about community, his thoughts on making ‘politically charged’ music and the value of life.

You’ve represented Lewisham in various ways, from your term as Deputy Young Mayor, to your musical output. How does it feel to now be curating a show that’ll showcase the area’s emerging talent?

I’ve always been about giving opportunities to the people around me. So I’m glad I’m in a position where I can really do that. It feels like natural progress, that’s what I’d say. Like it’s what I’m meant to be doing, more so than anything else.

What was the sense of community like in Lewisham when you were growing up?

We had youth clubs that brought a lot of us together, from different sides of the borough. Up until this day, there’s guys that I see out and about doing whatever they’re doing with their families, who I made a bond with at youth club. We know each other on that level, so it’s always a welcoming hello, because of that stage of our lives that we shared together.

Those early positive experiences are so important.

Exactly, with people who you might not be around for any other reason than youth club. That was something that was good in the borough, man.

Lewisham has a long history of activism too, like the Battle of Lewisham, where the community confronted marching fascists and ran them out. Did you get a sense of that history, and has it helped shape what you do?

It wasn’t so much a case of us consciously carrying that on. I just think that different areas produce different kinds of individuals. That’s not something I ignore, so I kind of accredit what I do to that. It’s like how I can instantly know if someone’s from South London or not. It’s not necessarily because of any long conversations we might’ve had. There’s just a few specific things about them. So yeah, that spirit of resistance or rebellion was in the air in the borough when I was growing up.

At times your music has been tagged as ‘politically charged’, especially when Novelist Guy dropped in 2018. I feel like the messages in your music have evolved into something more subtle. What do you think about that?

I think that when you get someone who just talks the truth, people will always try to attach a label to it. I’m just speaking from a place of honest observation, about a lot of things. It’s not necessarily political. And I think that because a lot of people don’t necessarily use their platform in that way, when you have someone who’s willing to speak openly on certain topics, it might alarm people into categorising it as ‘politically charged’, but I’ve never been interested in those kinds of labels, as such.

I’d agree with what you’re saying; I just subtly talk the truth, that’s it. It’s observational. I speak from my understanding of things and I try to usher certain themes into my music, as naturally as I can.

The UK is in an especially bleak place when it comes to politics. Would you describe yourself as politically engaged, at the moment, or do you think there are better ways for you to invest your energy and do impactful work?

I think I’m more powerful than a politician. I can say things that make things happen. I know that. I’ve seen it countless times. So I’m not really interested in what’s going on in that realm. I’m more focused on what I can do to affect change. I don’t like the term ‘viral’, but I can go viral at will, if I really want. And if I do, it’s always gonna be with integrity. But I don’t like the idea of saying too much for no reason.

I like the balance of just being myself, because bruv, I’m not everyone’s activist. I’m just an individual in society, who has a platform and a voice, which can be used for good. If that means I have to stand up and say certain things at certain times, then I’m gonna do that. I’m not interested in ‘getting into politics’… I’m not about to get corralled into someone else’s agenda.

That seems to apply to your music as well. 4 Tha Homiez’s G-Funk influences make it such a distinct project. Tell me a bit about the concept behind the EP.

If you come to my area, to do something like ‘a day in the life’ with us, you’ll see the kind of music we listen to. We’re not really the conventional Londoners. We’re on our own ting!  We’ve got our own vibe going on. So I thought let me contribute to the vibe, rather than just enjoying the vibe. So that’s where 4 Tha Homiez comes from, because it’s literally for me and my brothers. Obviously, everyone else gets to consume it and enjoy it. But really it was for us to bump, and move around to, and to be able to run those songs at our house parties.

There’s a lyric on ‘South Man’ that I think sums up your approach to emceeing: “Forget a metaphor, Get ‘em gassed by the tone”. Do you think that’s a legacy of your beginnings in grime, where presence and tone were just as important, if not more, than complex lyricism?

I think that anyone who speaks with me will find that I have a great depth of knowledge and intelligence about a lot of things. But I communicate in such a simple way. I’m not trying to impress people with big words. I’m not about that life. I’d rather say something true and profound, that doesn’t even require a metaphor. And it does relate to grime, where it’s more about presence. Bro, I think when a lot of people are writing their rhymes, they put together nonsensical sentences because they’re trying to impress. I’d rather say something meaningful.

You had your musical beginnings in grime, but your sound has definitely evolved into something broader. What’s your take on the idea that the genre is ‘dead’?

I don’t care if it’s dead or not, truthfully said. I couldn’t care less. Because I could drop a grime banger right now and all the real n****s are gonna listen to it. I’m not waiting on people to ‘revive’ a genre. I’m just gonna contribute what I contribute, and get my response, every single time. If grime is dead, I don’t think I can be counted as a casualty. I’m one of the soldiers that made it back to base [laughs]! I don’t even roll my eyes at the debate about it anymore. I just focus on what I’m on.

Something that’s always shone through in your music is that you value life. Not just your own, but human life generally. Coming from a harsh environment means that’s not straightforward. How did you safeguard yourself against being desensitised by your experiences?

Bro, I value my life so much. From a very early age, I’ve had actual attempts on my life. I was 13 the first time I was stabbed. The knife perforated my lung. That will teach you the value of life. If nothing else will teach you it, that will. Some people feel like death is far away. I understand that death and life exist simultaneously. They are next to each other all the time. Taking that into consideration, I wanna use the time I’ve got… I shouldn’t even call it time, it’s just now. I wanna use the ‘now’ that I’ve got to do things that are of a good nature. It’s that simple.

Linkedin
RELATED ARTICLES
OTHER ARTICLES
The demonstration took place this week over plans to slash £50m from arts bodies in London.
Recent research is highlighting the drug’s enormous potential for treating substance abuse.
Layna, Maysa and Amaya are three siblings looking to disrupt narratives around the sport. In doing so, they’re hoping to inspire a new generation of skateboarders.
Photographer Nico Froehlich’s series documents South London’s diverse communities, while also reflecting on their fragility amid rapid gentrification.
Alternating between colour and black-and-white, the photographer chronicled sexual liberation, economic crises and the repercussions of the war in Vietnam.
Proponents of personality tests argue that they’re necessary to find the best person for the job – but in practise, they’re often discriminatory.