Art & Culture / I’m not voting because… 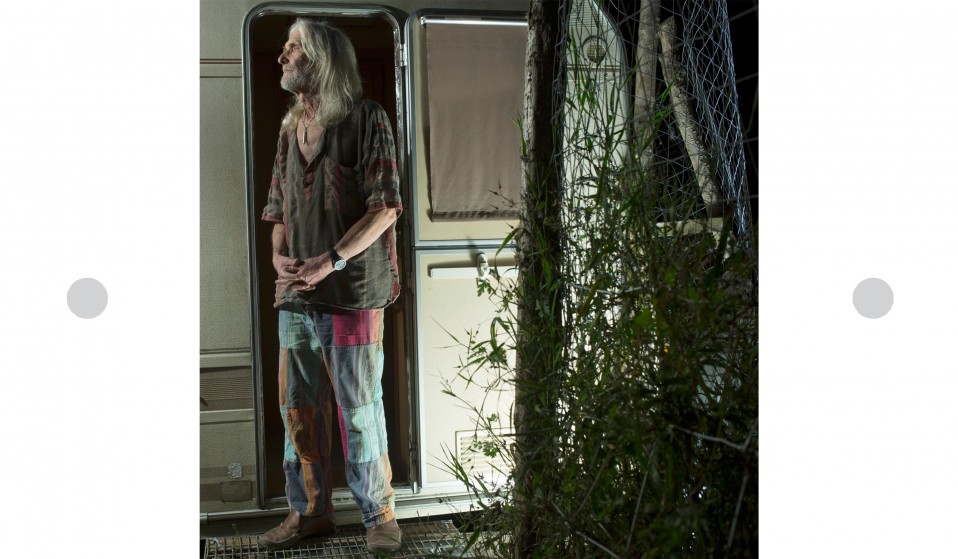 i
I don’t trust any of them Roger, 71. Worthing 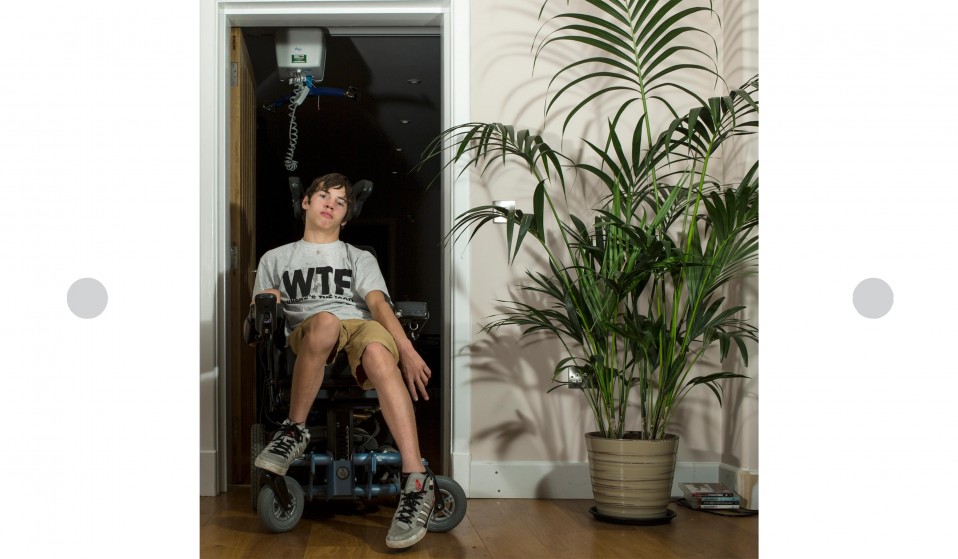 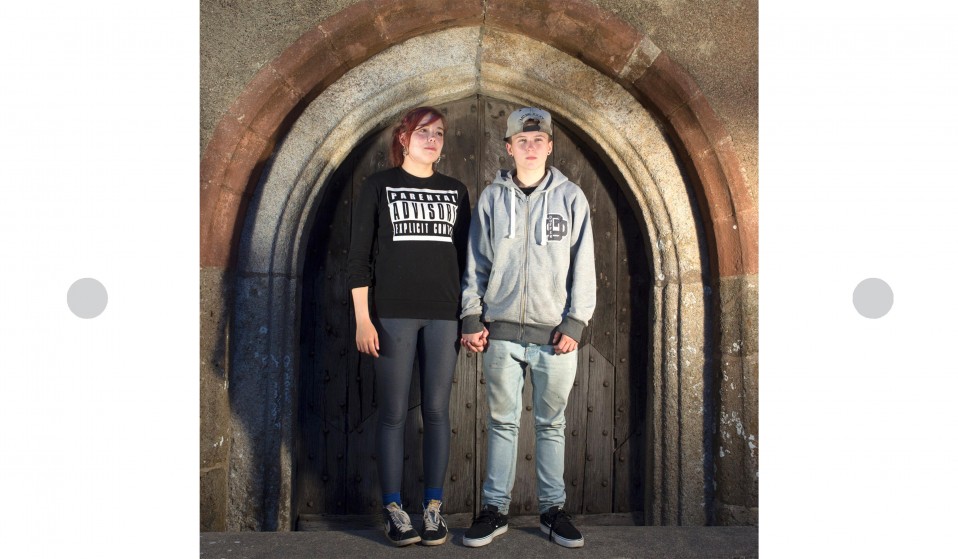 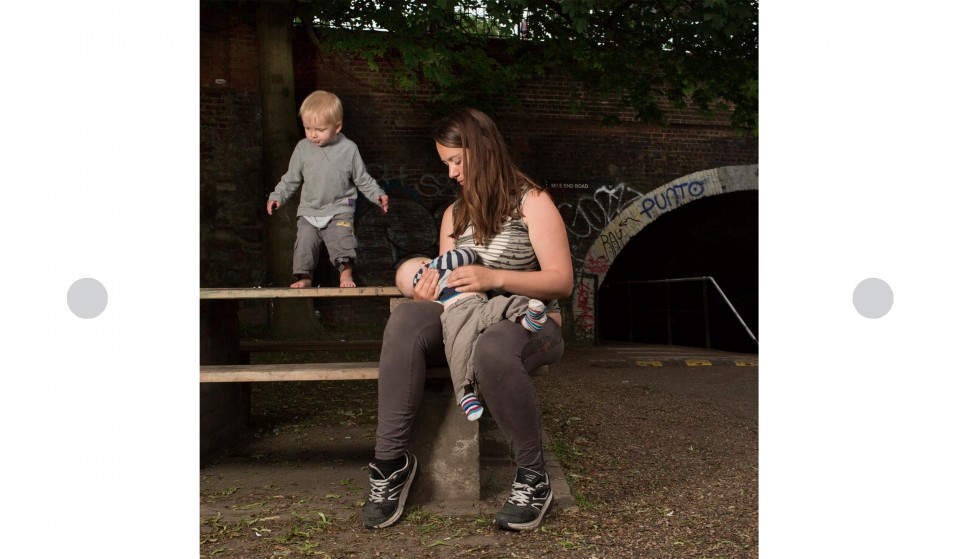 i
It would feel like acceptance of their system – Laura, 33. London 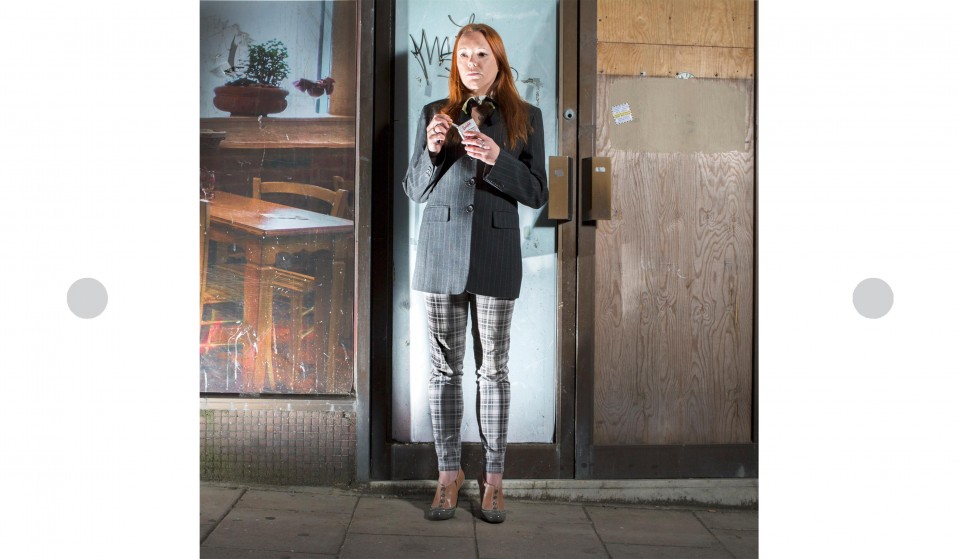 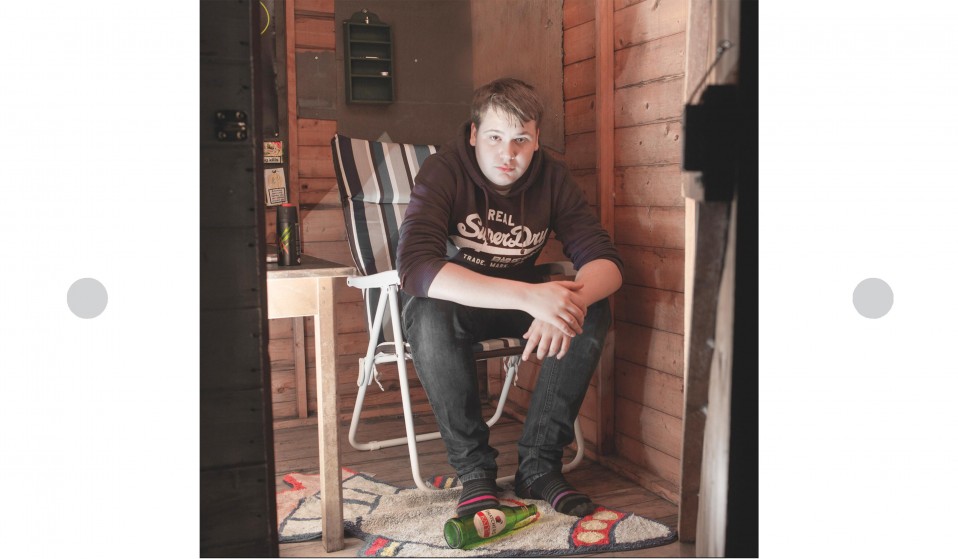 i
I do not follow politics. I have no idea what is going on with the government – Amos, 17. Devon 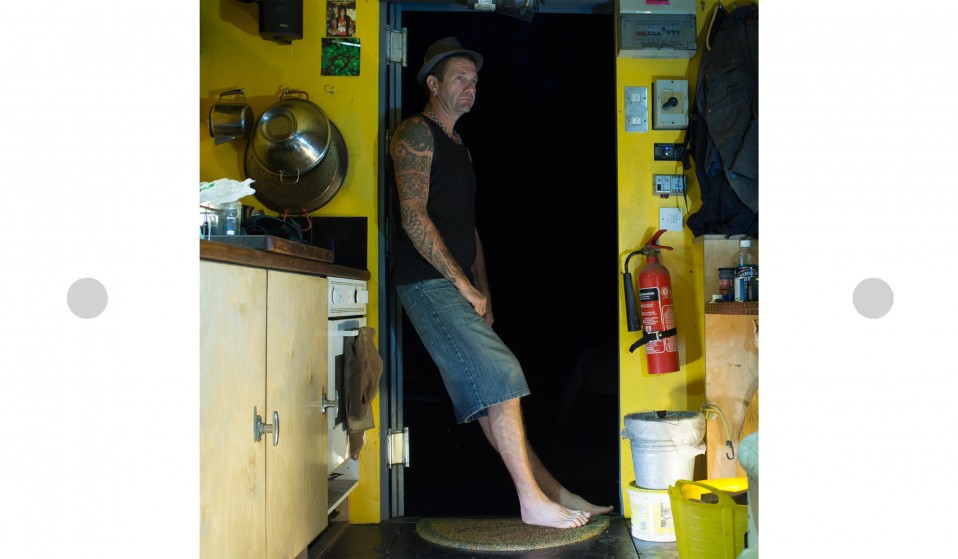 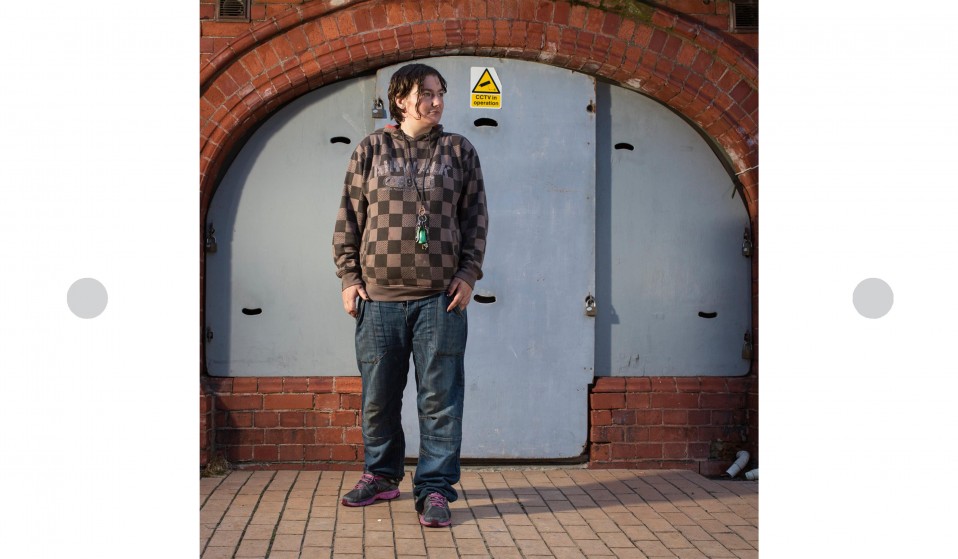 i
It does not matter how much you scream and shout, they won’t listen to us – Sammy, 30, Brighton 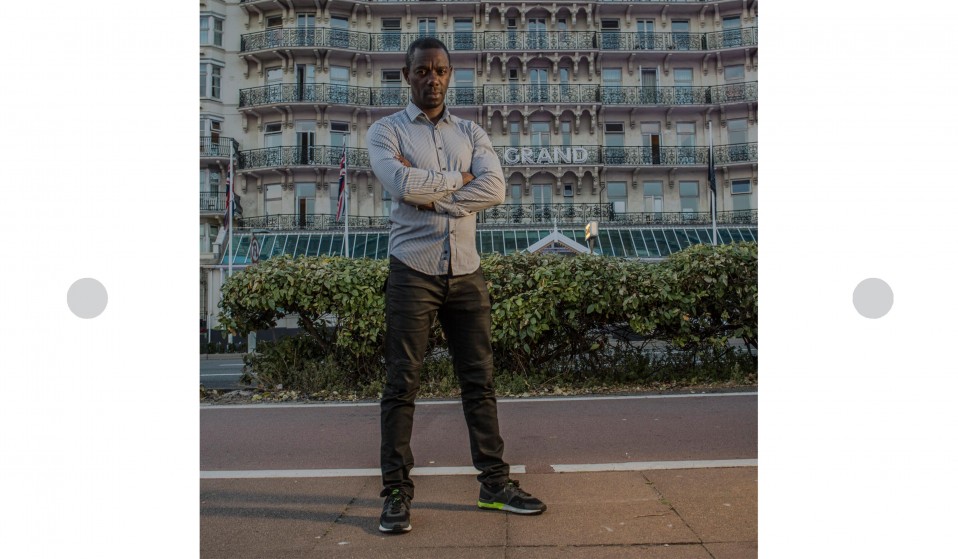 i
I never have. I’ve always realised that’s pointless but if something don’t fit the people, the system would get rid or reshape that candidate or party till it does fit; like the fate of the Kennedy’s in an extreme cause of action – David, 48. Hove

British Photographer Denise Felkin depicts a wide range of non-voters and creates a debate around their reasons for abstaining.

British Photographer Denise Felkin depicts a wide range of non-voters and creates a debate around their reasons for abstaining.

Photographer Denise Felkin’s I’m not voting because… series captures subjects at their most vulnerable, left disenfranchised in a political system they don’t connect with. Each person has different reasons for abstaining, ranging from apathy to political protest.

Denise has an interest in alternative communities and cultures, and I’m not voting because… is a raw exploration of contemporary society, drawing on historical elements of class conflict and mass movements, while suggesting the idea of an imminent revolution.

The result is a collection of works that balance between portraiture and documentary. The images have been compiled in an online book as well as in hard copy. Huck talks to Denise about her work, inspiration and political visions.

How would you describe your work?
I originally studied photography on a Fine Art degree, and I am inspired by paintings and strong imagery. Today my photography migrates between creative portraiture and documentary art. I am driven by research led projects and collaborate with my subjects to find inspiring stories and locations to create cutting edge images that speak out about current social and environmental issues. I add captions, direct quotes or recorded interviews to reveal a truthful voice of contemporary themes and promote unity, equality and compassion.

Where do you find your inspiration?
I have been teaching photography for nearly twenty years. Before the educational cuts my job involved being sent out in the community to teach photography to vulnerable and excluded adults. Through this I have worked with many people who have experienced interesting and devastating times.

I am interested in alternative cultures and unconventional communities. To look at history accurately I looked at the popular culture. Structured as a criticism against political power, I envisaged making photographs influenced by Renaissance masters and the Realism art movement. I embed motifs to represent Britain during this perilous period.

How did I’m not voting because… come about? Why this story?
I’m not voting because… compresses fragments of the past and present to raise a political debate. The discreet non-voters movement made its splash during the Eighties, after Thatcher ushered in the Poll Tax bill. During the last general election, over a third of the UK population refused to vote; some out of apathy, many as a protest. What brought this to light was BBC Newsnight, where Russell Brand identified himself publicly as a non-voter. As the link hit social media, I witnessed a positive consensus about not voting in my community. It became evident that a project about non-voters was unexplored territory.

What do you hope viewers will take away from the project?
The responsibilities of journalism are to educate people, give pure information and keep the content real. I want these images to raise awareness, promote solidarity amongst the people.

I’m not voting because … is an alternate record of the flip side of democracy. It is a recording. I have added a human face to a nonconformist. I hope my project will nudge people. It’s is not there to change peoples minds. It is there to open up a debate, act as an historic record and give voice.

Do you feel that abstaining is an effective form of protest? How do you envision a political revolution?
I think that we need change. Voting or not voting does not necessarily change political affairs. To envision a political revolution, powerful elitists, greedy bankers, corporations and excessive profits have to be done away with. Politicians should not be stakeholders and profit from their political decisions. People should always be put before profits.

I am into the idea of communities working together in a permaculture type of environment. We are at a turning point environmentally and politically. I would envisage a political revolution where the good people get in, the ones that care for the people and are out there on the frontline. The likes of Caroline Lucas, Russell Brand, Tony Benn or Bez.

How important is photography as a medium for political commentary?
If the ballot box can’t do it then what can? Photography is an important medium for political commentary. It is a universal language that can be read on a number of levels. If I was to go out and protest I could risk being arrested or have my camera confiscated. Today it’s almost illegal to protest for what we believe in.

Linkedin
OTHER ARTICLES
LGBTQ+ students are keeping the spirit of the original Pride alive by fighting for liberation for everyone, not just their community.
Photographer Arthur Grace recalls travelling through the Soviet Bloc and finding ways to evade the surveillance of his work.
Finland-born photographer Sirkka-Liisa Konttinen looks back on her decades-long documentation of life in Northern England.
Whether it's partygate, the climate crisis or the spiralling cost of living, the fightback begins on the picket lines writes Tommy Vickerstaff
In the wake of the decision by the supreme court to overturn Roe v Wade, thousands of protestors filled the streets to express their rage and anguish.
Wealth inequality and the rising cost of socialising is placing a strain on people’s relationships, reports Eve Upton-Clark.