Art & Culture / Impending Armageddon: Should we be scared of a nuclear war? 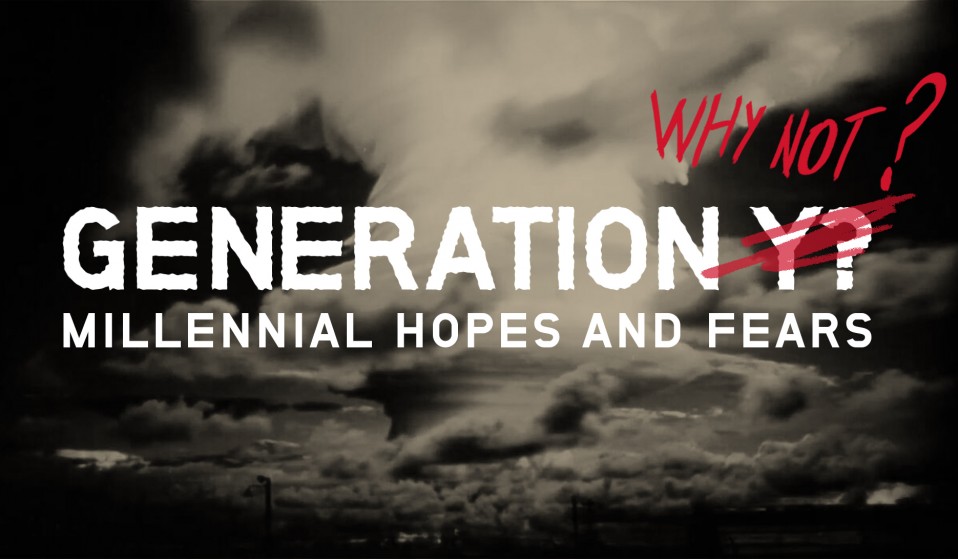 We asked an expert if we're all going to die in a nuclear war any time soon.

A life of debt, mental health issues and unfulfilled dreams – these concerns about the future often define our generation. But take a step back and… well, there might be more to worry about. Like how we could all die at any moment in a nuclear war.

It’s difficult to comprehend the devastation caused by a nuclear weapon – whole cities levelled out, severe burns and radiation sickness for those who survive.  A quick look in the papers and the threat seems more real now than for ages. People are concerned about a potential conflict between China and US that could end in nuclear exchange. Russia’s apparently likely to bomb Latvia, Lithuania and Estonia. It’s beginning to sound like there are lots of Cold Wars approaching.

We asked Robert Downes, MacArthur Fellow in Nuclear Security working at the Centre for Science and Security Studies, King’s College London, if we should be worried. He doesn’t think so. Kind of.

Is it likely that terrorists would be able to get hold of nuclear weapons?
States guard nuclear weapons really closely, so it’s unlikely that they would be able to do so. Safety arrangements are really, really good in countries who have nuclear weapons. In the UK for example, they have a special branch of the police who are authorised to use lethal force up to 5 km from a nuclear facility. So it’s taken very seriously. What might be more likely is a state providing a group with weapons.

Ex-NATO chief Richard Shirreff said that a nuclear attack on Estonia, Lithuania or Latvia is a serious possibility – would you say this is true?
I think he’s talking balls – what would he predicate that statement on? Why would Russia risk a nuclear war to bomb these states? We should bear in mind that no one has used a nuclear weapon in conflict since 1945. There’s a solid international norm against using weapons because of the enormous international response it would provoke. We can’t look at it through a Cold War lens anymore.

Which country should we worry the most about having nuclear weapons?
Well, North Korea… They’re a bit concerning. Their actions are quite destabilising, and it’s difficult for people outside of the country to know what’s going on there. With the new leader, the ongoing famine and economic sanctions  they’ve really managed to piss off everyone. In all of this they’re still developing nuclear weapons. But mostly it seems like they’re using these weapons as a tool to be taken seriously internationally.

Why do people want to get rid of them?
There are lots of arguments for that. One is that nuclear weapons don’t have any military utility as you’re not supposed to use them. But there’s also the moral argument about the humanitarian impact and the possibility that the use of nuclear weapons could lead to a global catastrophe. Some people talk about a “nuclear winter” where the use of nuclear weapons leads to dust and particulate matter blocking out the sun, leading to everyone dying, which is a bit grim.

Are we seeing a shift in attitude towards nuclear weapons?
The UK debate about TRIDENT [British nuclear weapons] is really unusual, as we in the past have taken it as a given that we would continue to be a nuclear weapon state. It’s good that we’ve had a national conversation, but it also points to a heightened sense of the dangers.

Linkedin
RELATED ARTICLES
OTHER ARTICLES
Following the release of his debut single, Deyaz talks battling addiction, dealing with his struggles through music, and building a budding music career from his living room.
Since 2007, Gideon Mendel has made 20 trips to document floods in 13 countries. The result is an alarming record of what has already been lost to the climate emergency.
A new film from Berghaus traces the story of Adam Raja, who left behind a turbulent upbringing to discover the healing power of climbing.
Filmmaker Laura Poitras discusses her new documentary which traces the remarkable life of the artist-activist and the impact of her battle against the US opioid crisis.
After building his reputation covering the US civil rights movement in the 1960s, the photographer went on to produce some of the most enduring images of the past century.
Photographer Sean Maung reflects on documenting a small town in Pennsylvania afflicted by high levels of unemployment, poverty, violence, crime, and addiction.