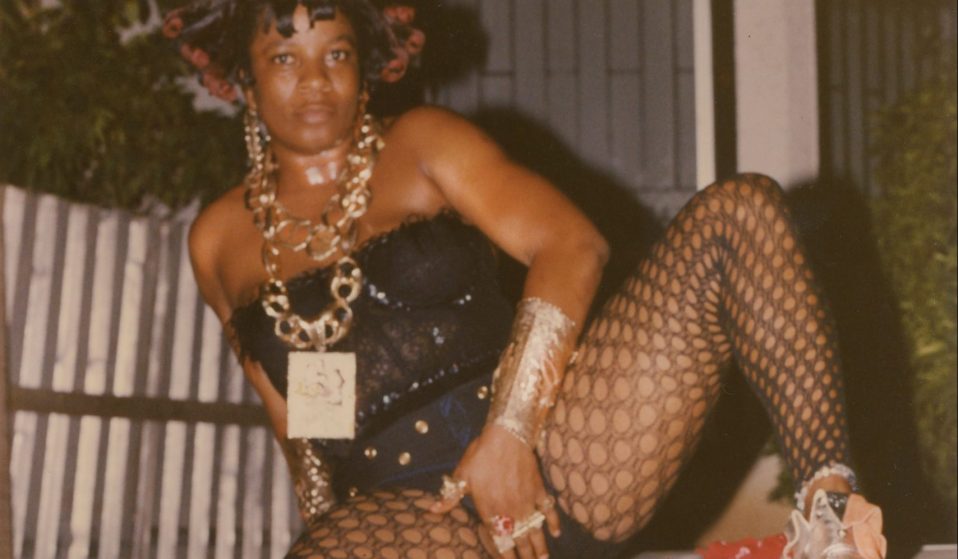 Photographer Akeem Smith has spent much of his life chronicling the creative spirit of dancehall and his archive forms a love letter to the culture that raised him.

Photographer Akeem Smith, who grew up between Brooklyn and Jamaica, has spent much of his life chronicling the creative spirit of dancehall and his archive forms a love letter to the culture that raised him.

Dancehall emerged in Jamaica in the late 1970s, as a new generation forged an indigenous national identity coming of age in the years following independence from the UK. Embracing the already well-established tradition of sound system culture, the movement made itself known at local gatherings around Kingston, quickly radiating across the Caribbean diaspora.

Growing up between Kingston and Brooklyn, Section 8 fashion designer, stylist, and artist Akeem Smith, 29, became heavily involved in the dancehall scene. His aunt Paula and grandmother co-founded the Ouch Collective – a niche fashion house that created iconic outfits for the dancers.

Over the past 12 years, Smith began creating an extensive archive of artefacts chronicling the 1990s dancehall scene that forms the basis for the new exhibition, No Gyal Can Test. Smith weaves together scenes from the era in a multi-disciplinary show that combines photography, video, ephemera, sculpture, fashion, and audio components to evoke the extraordinary creative spirit of dancehall. 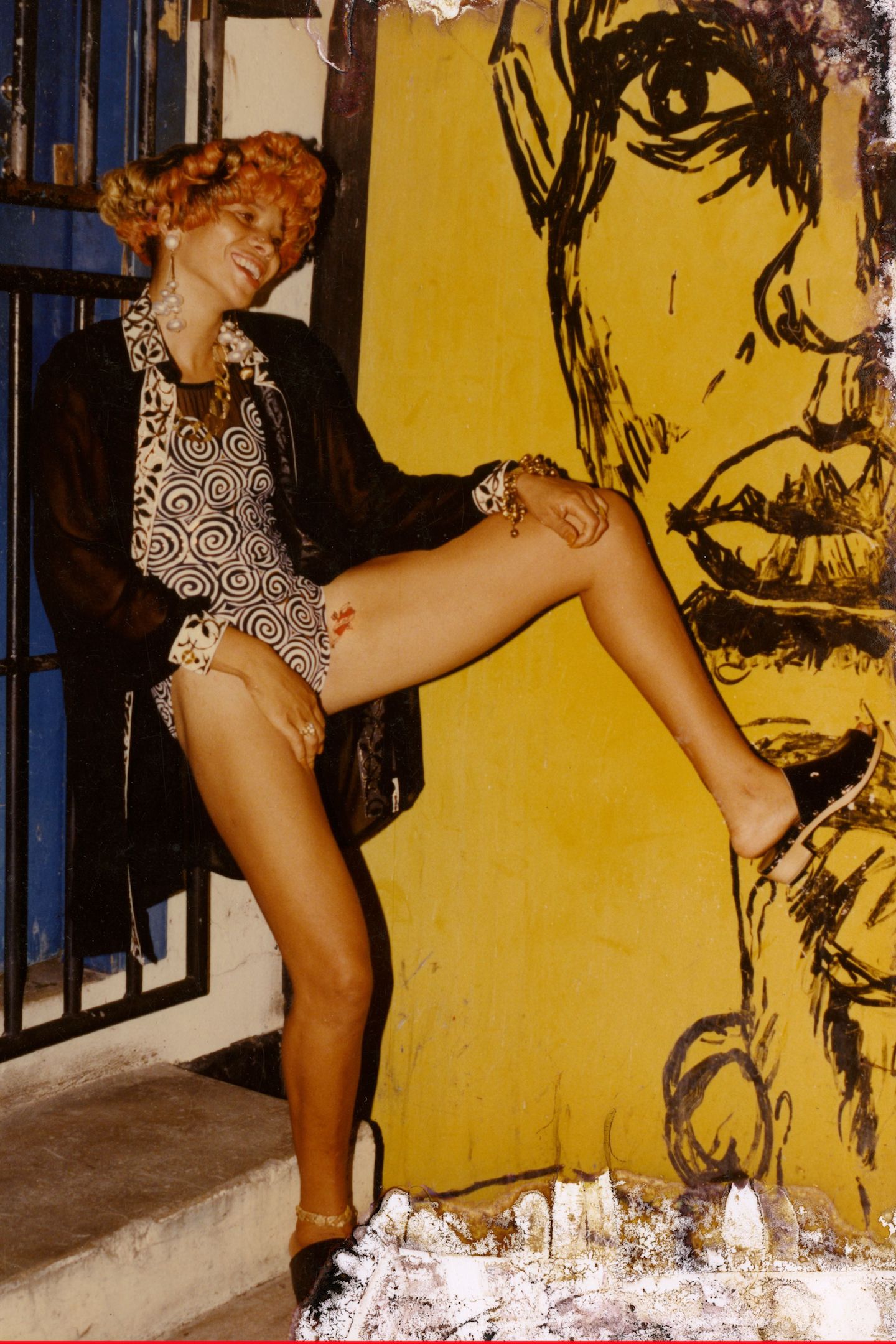 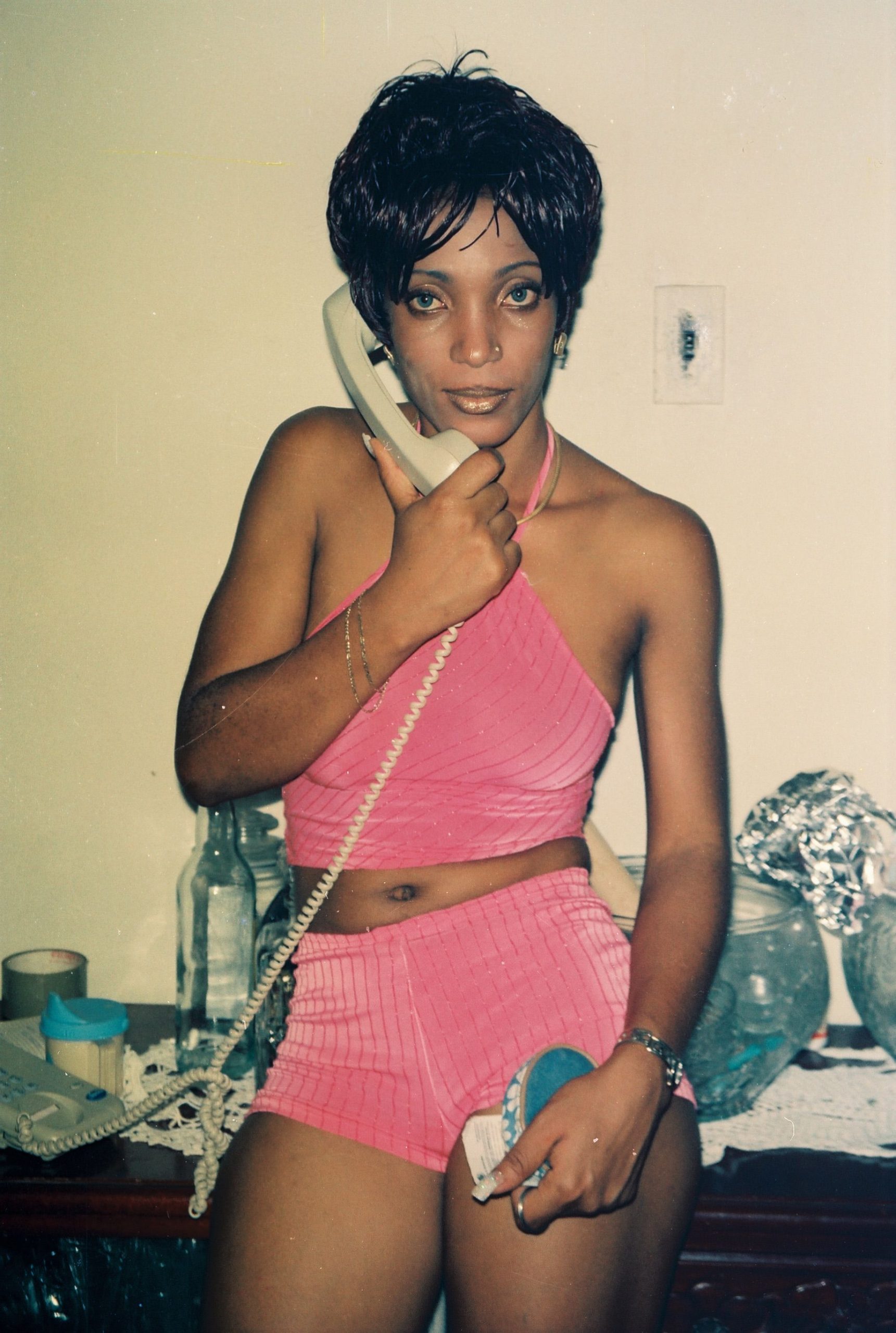 “Akeem’s a poet with an exceptional personal history from which he draws upon, using his growing archive and a carefully culled collection of objects and architectural remnants to weave together compositions that tell a richer story of dancehall that counters the common pop culture narrative,” says Max Wolf, Chief Curator at Red Bull Arts.

“With No Gyal Can Test, Akeem aims to venerate the women, the fashion, and the under-sung practitioners of the movements nocturnal economy in order to cement this significant period and its collection of fleeting memories for future generations.”

To create an archive of this scale and scope, Smith maintains an extensive network of family, friends, and members of the dancehall community connected with the Ouch Collective. What isn’t seen but can be felt in the detail the photographer brings to the show is the care and support for the people behind the work. 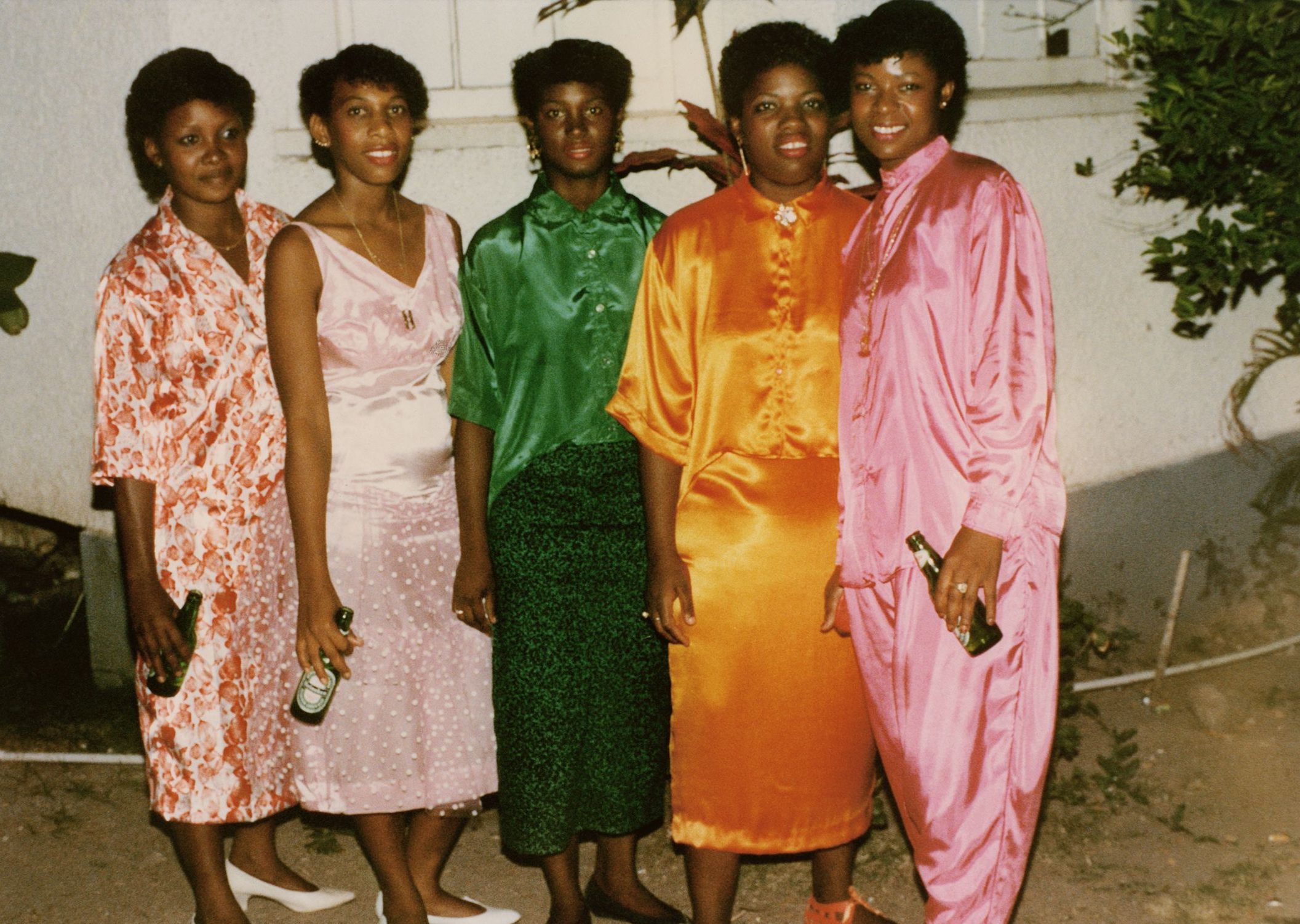 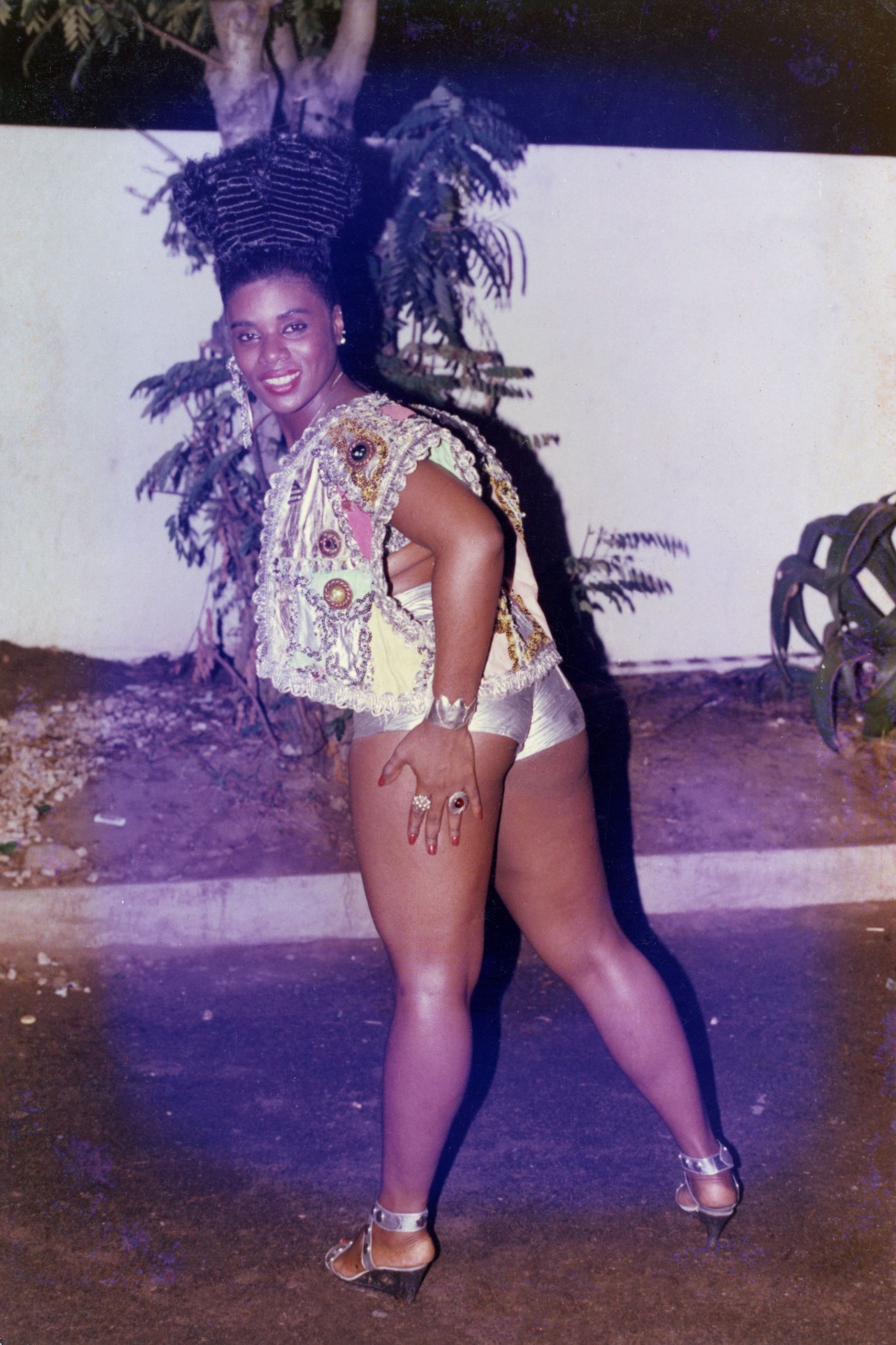 The project got its start years ago when Smith helped Photo Morris, a close friend, to organise his archive of thousands of images made over several decades documenting the dancehall community. After Morris died, the archive was bequeathed to Smith, providing him with one of the most extensive records of the period and sparking his interest in preserving shadow archives.

Morris had made his living making photographs of women at the dance, and selling prints to them the next day, taking exquisite care to record the dates, venues, and various notes about when they were made, creating an enduring document of a pre-digital social network and nocturnal economy.

“The presence of the cameras at a dance both validated the hype and significance of the event, as well as the potential for greater visibility, reach and mobility for the lucky few captured in the cameras promising gaze,” Wolf says.

“It was important to get photographed, or beamed up in the video light, so your presence was known and could potentially circulate within the vibrant Caribbean communities throughout the world that these photos and VHS tapes were sent.” 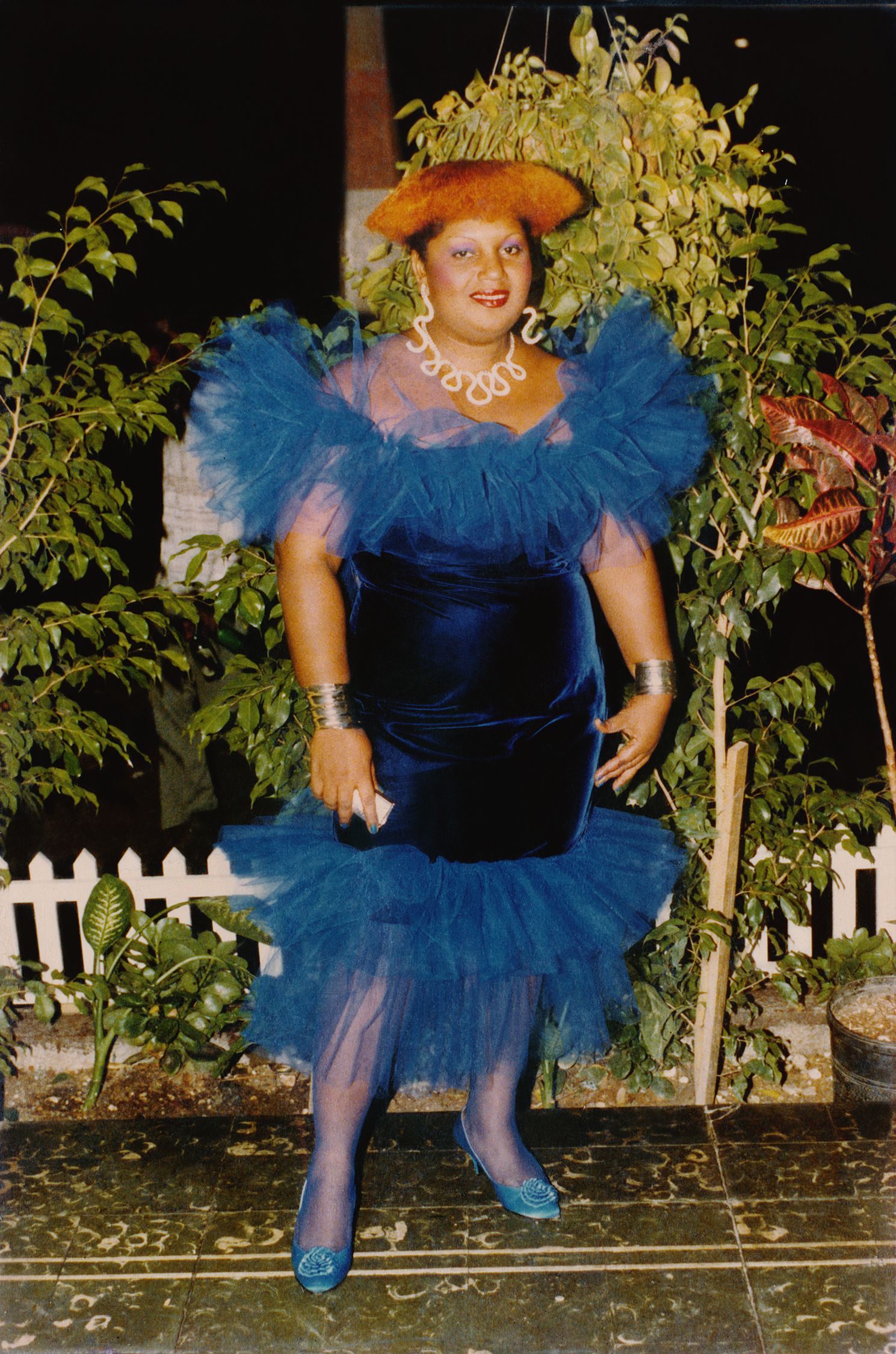 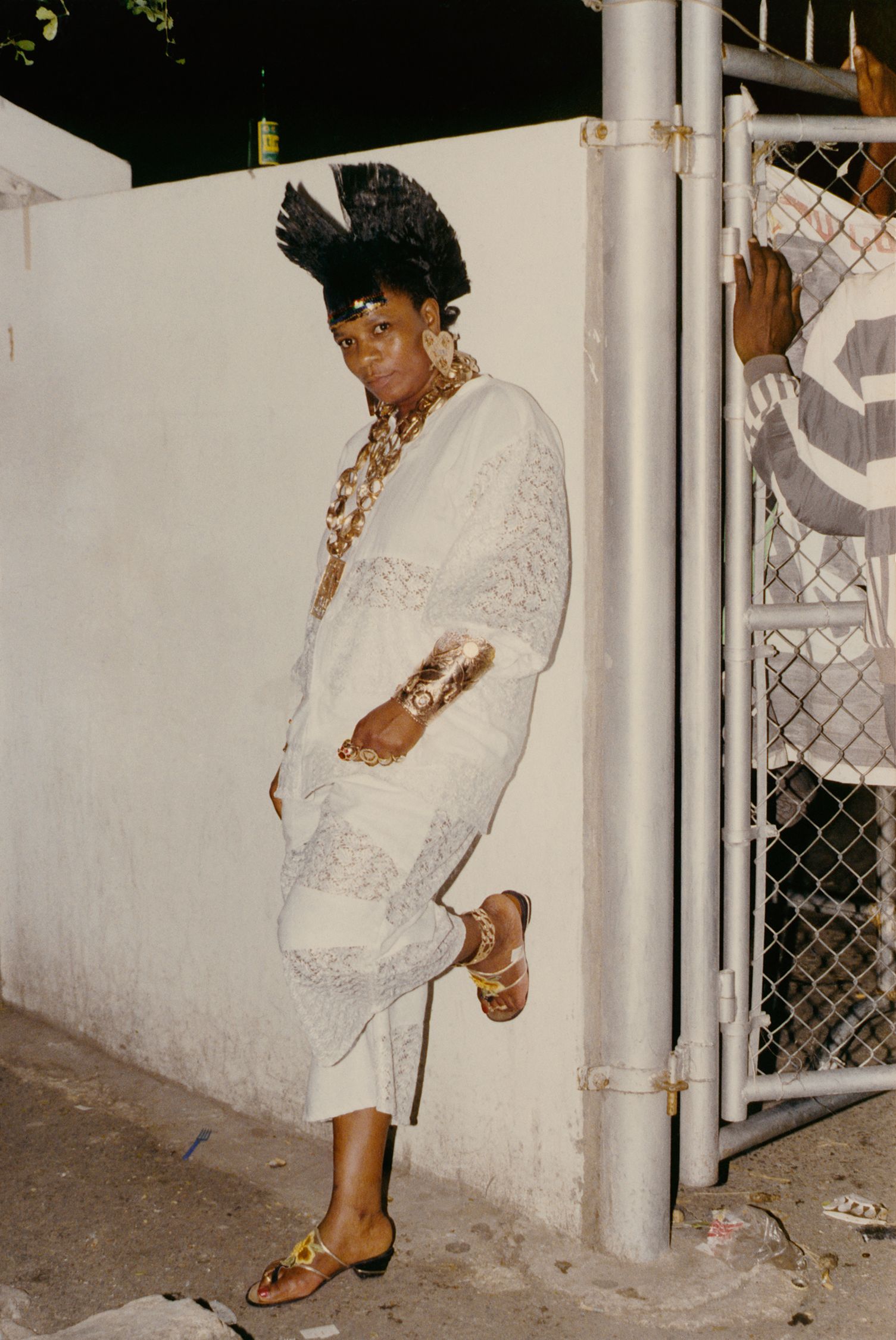 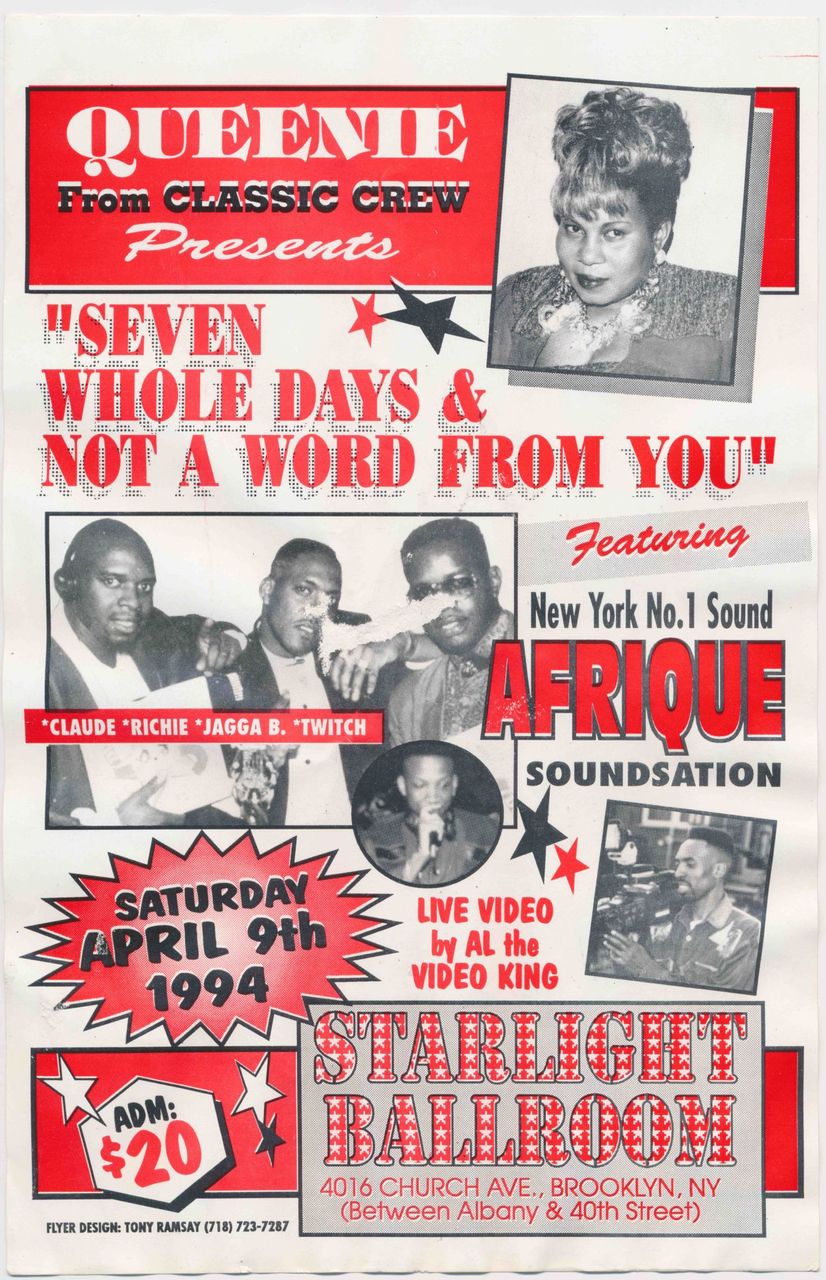 Linkedin
RELATED ARTICLES
OTHER ARTICLES
With a new bill seeking to further criminalise asylum seekers, the work of a group of volunteers monitoring small boats in the English Channel is all the more vital.
Riding from street to street on his trusty bike, Scottish photographer Sandy Carson documents his adopted home at a unique point in its history.
While the Colston 4 verdict is worth celebrating, it‘s debatable whether the law would’ve had such empathy for Black people in the same position.
As the role of the nuclear family is increasingly called into question, people are finding new ways to exist outside heterosexist norms.
During the pandemic, Made In Hackney launched a meal service that has since proved vital for many, made up of vegan dishes that reflect the borough‘s cultural diversity.
Welcome to the Death Well: a gravity-defying display of fearlessness that reimagines what’s possible on a two-wheeled machine.