Art & Culture / Inside the moral maze of friend-rental services 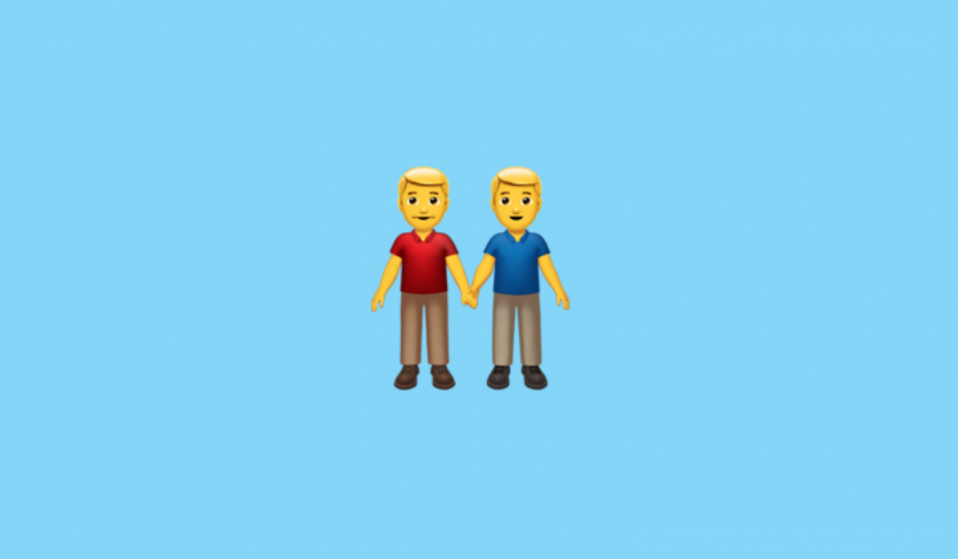 Platforms connecting people for paid friendship have been on the rise during lockdown – but is the service being used for the right reasons?

Amid a loneliness epidemic, platforms offering to connect people for paid friendship have been on the rise during lockdown – but some worry the service is being used for the wrong reasons.

“I didn’t feel I could defend myself if things were getting out of hand,” Will* says, shaking his head with a slight grimace. “I got all these compliments from this guy. He wanted me to draw a beauty spot on my cheek when we met up. And I told him, that’s inappropriate. Please stop.”

“And he wasn’t stopping. He kept insisting on calling me and sending me pictures of himself,” he tells Huck.

Will, a 24-year old based in London, is a friend-for-hire. Through the website RentAFriend.com, people can pay to hang out with him – to go to a movie, grab a cup of coffee, or go for a pint. Websites like Rentafriend firmly state that they are completely platonic services – but that doesn’t stop potential ‘friends’ from reaching out to Will with inappropriate requests like the one he recounted.

A quick Google search of the words ‘rent a friend’ pulls up nearly 400 million results, with site after site offering to connect people for paid friendship. Among some of the most popular are Rent-a-Friend.com, RentaCyberFriend.com, Best Friend for Rent and PapaPal,

RentAFriend is probably the biggest host website, with over 600,000 people using the platform worldwide. For many, social anxiety has gone through the roof after a year of isolation. Gaming company Jack Games has even released a ‘friendship service’, where people can rent others to chat to them on Zoom to get used to social situations again.

Even with the world opening back up, isolation remains. Loneliness is now at ‘epidemic’ levels according to a recent report which found that 36 per cent of Americans feel lonely ‘almost all of the time’. Will says that he is getting more requests for friendship than ever before. He signed up for an account out of curiosity after his ex-girlfriend – a student looking to make some extra cash – started using RentAFriend while they were dating. Will says most of her clients were lonely and seemed to struggle with social interactions: “Some of them couldn’t look her in the eyes.”

Rachel Navarro, a 27-year old based in New York, was a friend-for-hire on RentAFriend in 2014 and got requests for meetups nearly every day – many of which made her uncomfortable. She says the requests she received were almost all from men. “It didn’t feel like a friendship thing. It felt like I was almost being paid to escort. I’m pretty intuitive and I could tell if a guy was going to be creepy,” she tells Huck, saying that a number of the men set her alarm bells off.

Rachel doesn’t recommend that others use RentAFriend, especially young girls. When RentAFriend was trending during the pandemic on TikTok, she even made a video to warn others. “I was 20 years old, desperate for money. I’m assuming kids are trying to make money even younger now.”

“Maybe there’s another girl who’s more desperate for money than I was, who might see a guy’s creepy messages but will take the risk,” Rachel says. She adds that while many people on the site did make her uncomfortable, she also met someone who became a genuine friend. “I think he really just wanted someone to talk to,” she says. “I was a female perspective for him. It’s harder for guys, in general, to be open about their emotions.”

RentAFriend’s co-founder Scott Rosenbaum told Huck that RentAFriend provides safety rules for their users, like meeting in a public space and taking a phone with them. They also have a “report profile” option, for users to flag anyone acting inappropriately.

“No one is being harmed and no one is being exploited,” adds Rosenblum. “There are always people who are going to say that it’s wrong because they don’t understand the concept. When they learn more about the website, most realise that RentAFriend is providing a great service.”

Rosenbaum says that most on the site aren’t lonely, but are looking for people to attend events and functions with – a paid-for plus one, if you will. The testimonials on the site describe people finding gym buddies, private chefs, and dance partners.

But Will has another theory as to what many people are hoping to get out of the service. “It’s a way for them to almost test themselves out on a date; a rehearsal for when they would ask somebody they like out because they were afraid of maybe saying something wrong,” he says. Will adds that women are more popular as friends-for-hire on the site, noting that his ex was far more in demand than him.

Psychologist Lee Chambers isn’t surprised that people are using rent-a-friend services as a means to practice dating. “Modern dating is fast-paced, and there’s a small window of opportunity to make a good impression,” he says. “With societal expectations to be assertive and confident, practising this kind of scenario in a lower pressure environment can provide a lesson for when [people] do date for real.”

Despite one bad experience, Will has had mainly positive experiences with RentAFriend. His first friend was an older man, who had lost family members during the pandemic. He had been isolating for most of the year, and in June 2020, he reached out to Will to meet up.

“He was a great person. I didn’t feel like I was selling anything – I was just being myself,” he says, recalling their first meeting for afternoon tea in an expensive hotel in central London. “It was an absolutely wonderful afternoon.”

“At the end, [the client] took out £30, and I said I would feel really bad if I took the money; I’d had a really good time. He got really upset. Then he got really serious. He said I had to take it, otherwise, the friendship wasn’t going to work.”

In their meetings after that, the client would discreetly slip the money into Will’s pocket. Chambers gives a few reasons as to why clients might prefer to pay for friends. “When currency is exchanged, it reduces barriers to connection and creates an expectation of beneficial social connection,” he says. Chambers adds that, with the exchange of money, people can expect a social exchange to be regular and socially satisfying.

While Will’s interaction might seem wholesome to some, others have been more inclined to see RentAFriend as immoral. Jack Ramage of Screen Shot writes that: “this service is at best distasteful and at worst exploitative”. Ramage goes on to say that RentAFriend puts ‘a paywall on friendship’, and that it leaves “those lonely enough but rich enough to afford it out of pocket, and those who are struggling financially out of the loop”.

Navarro agrees, to an extent. “I do feel like it was exploitative. Everyone who messaged me had either undertones of loneliness or of desperation. There are really vulnerable people that are just going to give away their money.”

Will, originally, was uncomfortable with the premise of RentAFriend. “At first, I thought it was completely immoral,” he says. He was being paid to do nothing, which he didn’t like. Will has a kind, open face. He’s got an easy, wide smile and he’s talkative, too. “I’d be friends with them for free. It didn’t feel right.”

He felt differently after his first meetup, though. “I’m not imposing my friendship on anybody. They’re seeking it out – so they’re getting what they want and are getting a nice day, often. I always let them get in contact with me, I never approach anyone.”

And, as Will points out, there are also people using the platform who don’t struggle with loneliness in any significant way. Will met up with someone recently unable to go on holiday during the pandemic who decided to spend each day doing fun things with a different friend-for-hire. This client was an ordinary 20-year old, who fancied an adventure.

Clearly, these platforms have the potential to offer a plaster to some of the woes of modern life, from loneliness, to money worries and social anxiety. With their popularity only growing, it’s up to developers to make these spaces as safe as possible, for clients and friends-for-hire. In doing so, it could open the doors to genuine friendships.

Linkedin
RELATED ARTICLES
OTHER ARTICLES
The two-day long event returned to London this year, showcasing a spectacular parade, steel bands and Caribbean food.
A 37-year-old woman shares how her abortion led her to become a clinic worker, and the abuse she’s received in that role.
Cindy Campbell recounts how her brother ushered in a new era of musical culture at a party she held in the Bronx in ‘70s.
Rogue landlords are exploiting young and inexperienced renters and leaving them in mental and financial turmoil, reports Niall Hignett.
The idea that a younger generation is abandoning work has become a popular narrative online, but it doesn’t necessarily reflect reality.
In his 2008 series, the photographer pictured himself as Angela Davis, Martin Luther King Jr., Malcolm X, and other prominent figures.