Art & Culture / Why international volunteering is more important than ever 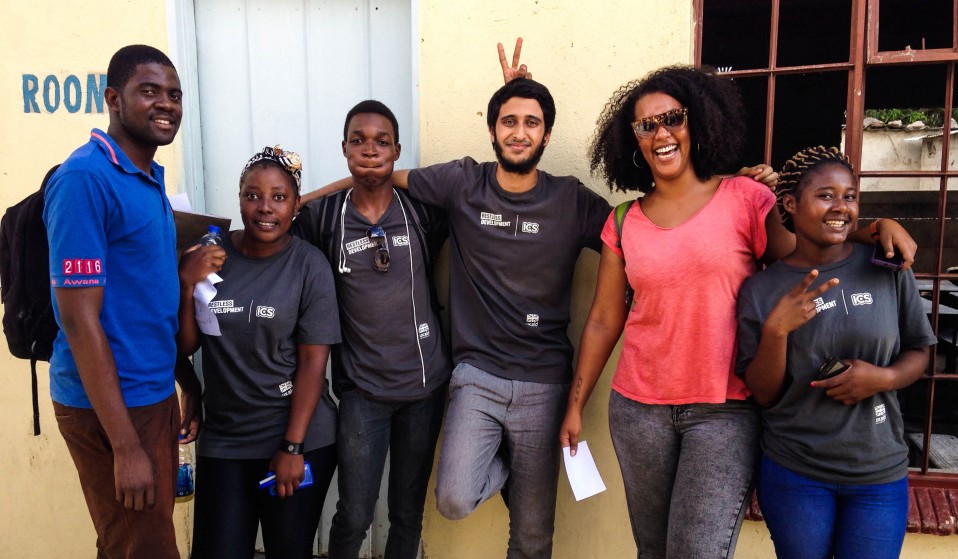 Anyone promoting a “Me-First” worldview is missing the fact that the more you engage with the world, the better off you are.

Anyone promoting a “Me-First” worldview is missing the fact that the more you engage with the world, the better off you are.

There are a lot of currents pushing the world towards fear and division right now.

By closing ourselves off from the world, however, we only cheat ourselves. Bucking the isolationist trend not only offers a chance to find out what you’re made of, but you might just help improve the world a little at the same time.

Nineteen-year-old Ibrahim Rashid set out last September to get closer to the world. He signed up for the International Citizen Service programme, or ICS, to volunteer in a community in Zimbabwe for three months.

“I felt like it was the right time to actually go and get first-hand experience of international development,” says Ibrahim, who previously volunteered at UK charities around his home in Birmingham. “It’s definitely been the biggest eye-opener for me.”

Ibrahim was paired with national volunteers in Zimbabwe by Restless Development, a global agency that works with young people to make lasting change in their communities and countries.

“What made this different from other volunteering jobs was being able to live within the community and integrate with them,” Ibrahim says. “At the end of it, I felt like I was a part of that community and I didn’t want to leave.” 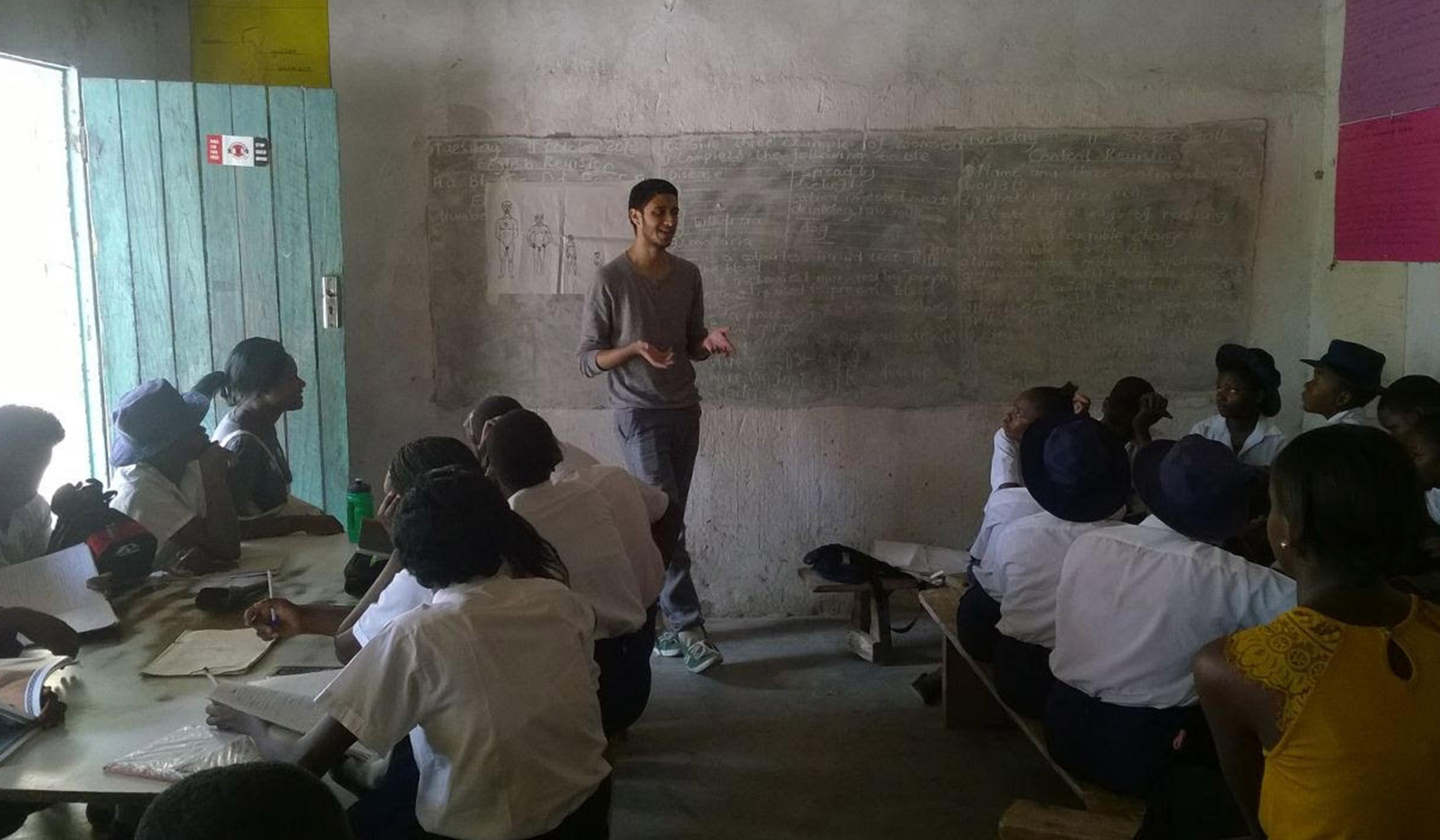 ICS — which typically lasts 10 to 12 weeks and is funded by the UK Government — aims to build bridges by putting “aces in places.” For Ibrahim, who’s planning a career in academia, that meant working with Zimbabwe volunteers in local schools, teaching about sexual and reproductive health.

For others, like 20-year-old Florence Eliza from London, it meant working on health and employment issues in the South Indian state of Tamil Nadu. She spent three months there early last year, working alongside local volunteers on programmes in four elementary schools and a university. Together they engaged in subjects ranging from healthy diets, water-borne and mosquito-borne diseases, menstrual health, CV writing and interview preparation.

“Partnership is at the heart of ICS,” Florence says. “International volunteers, like me, follow the guidance of national volunteers and their local knowledge. Of course, the friendships formed are beyond what could ever be imagined.”

Sudha Rai, from Kathmandu, signed up to join ICS after growing frustrated with the limits of studying theory in university. Instead she wanted to experience real conditions in rural Nepal. “I wanted to explore all the missing pieces of my knowledge,” she says.

As a local team-leader, Sudha worked with volunteers from the UK over seven months in Sindhuli, Nepal, coordinating programmes and helping bridge cultures.

“The most rewarding part is I have realised my own potential and ability,” she says. “I am so much more confident than before. I have witnessed growth in so many volunteers and in myself.” 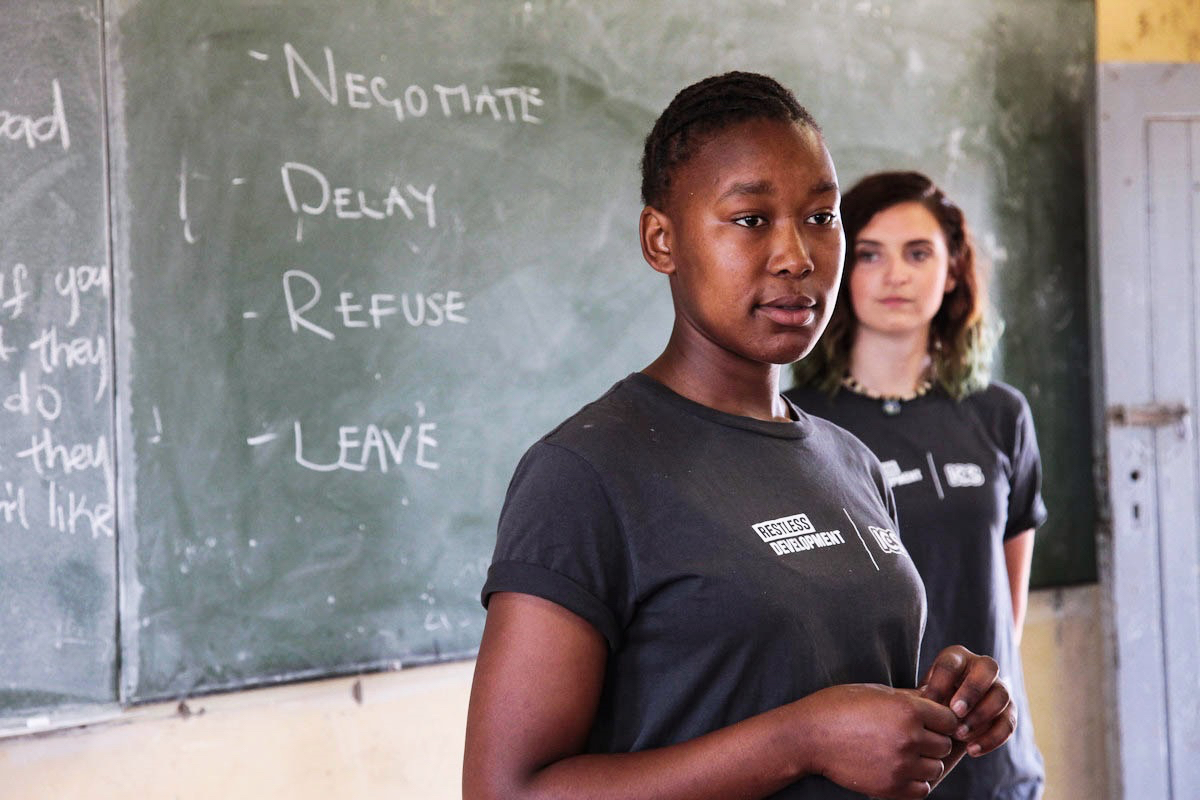 With headlines painting a picture of an increasingly chaotic world, Florence says volunteering gave her something that helps navigate daily life better: Perspective.

“If you have a roof over your head, food on the table and a small family surrounding you, you are far, far richer than you think,” she says. “Volunteering reveals the truth about the tiny space we occupy in the world.”

“There’s no need to discriminate between ‘us’ and ‘them’,” Ibrahim says. “If that happens, then we become part of the problem. Help should go to whoever needs it.”

And who knows? By helping, you might just come back a little richer yourself.

“There’s so much out there to explore,” Ibrahim says.

Linkedin
RELATED ARTICLES
OTHER ARTICLES
Photographer Mark Leaver is captivated by Varanasi, where Hindu pilgrims flock to bathe in the sacred waters of the river Ganges and to die.
How a simple snapshot of everyday life became a global movement that’s shifting attitudes around the world.
Namwali Serpell won this year's Caine Prize, the African writing equivalent of the Booker Prize. This year's contenders show the African writing scene is fast evolving, she says. The world should pay attention because the continent is packed with damn good stories.