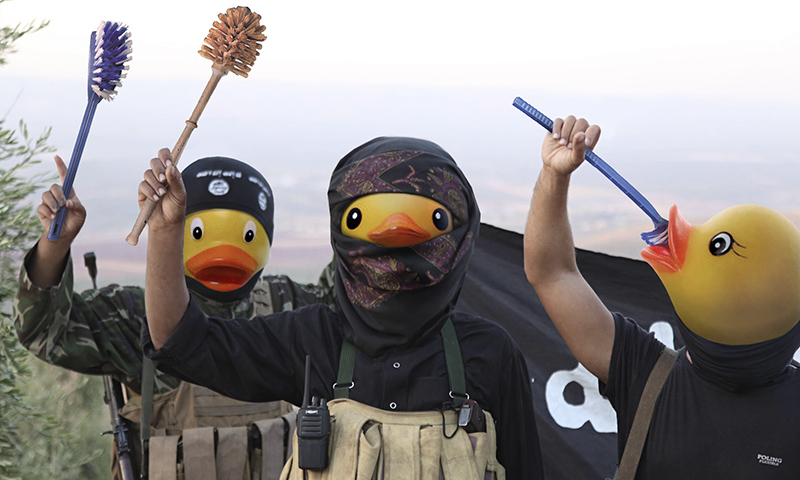 4chan users fight terror with humour and create trend of giving ISIS fighters duck heads, which has since spread across the internet.

4chan users fight terror with humour and create trend of giving ISIS fighters duck heads, which has since spread across the internet.

While politicians in Europe and the US talk up the threat of ISIS and need to bomb them out of existence, 4chan users (surprise, surprise) have taken a rather different tack. Or should that be ‘quack’?

Seemingly inspired by the eternal comic potential of a good pun, in this case the battle cry of ‘Allahu Quackbar!’, anonymous jokesters have been taking ISIS imagery and replacing the faces of terrorists with the faces of rubber ducks.

“How about castrating the image of IS by replacing the faces on ALL their propaganda photos with bath ducks?” asked a user of 4chan’s ‘Shit4chanSays’ board.

Many have taken the meme further, digitally updating ISIS flags with duck paraphernalia and replacing Kalashnikovs with toilet brushes. The trend has spread beyond 4chan, appearing on Facebook, Twitter and across the internet.

While the British media and others attempt to stoke tension and hysteria, with headlines such as The Sun’s “1 in 5 Brit Muslims’ sympathy for jihadis” headline, it’s nice to see a healthy dose of mockery.

Here are some of our favourite ‘Duck State’ images. 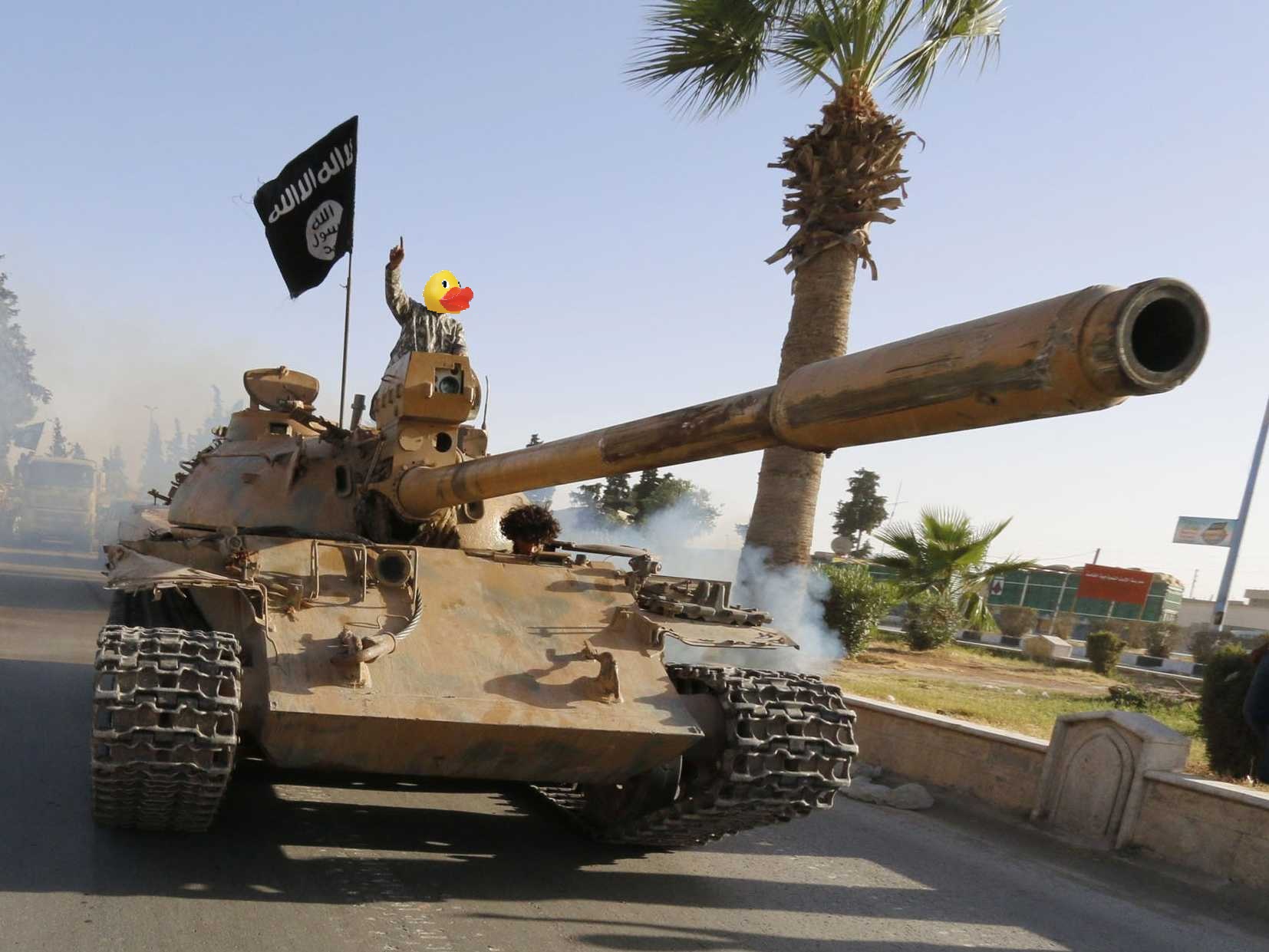 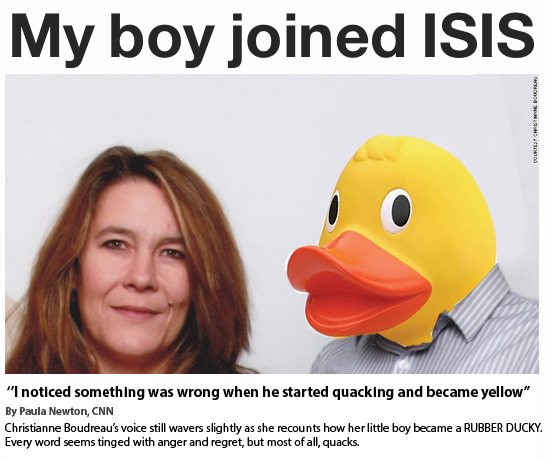 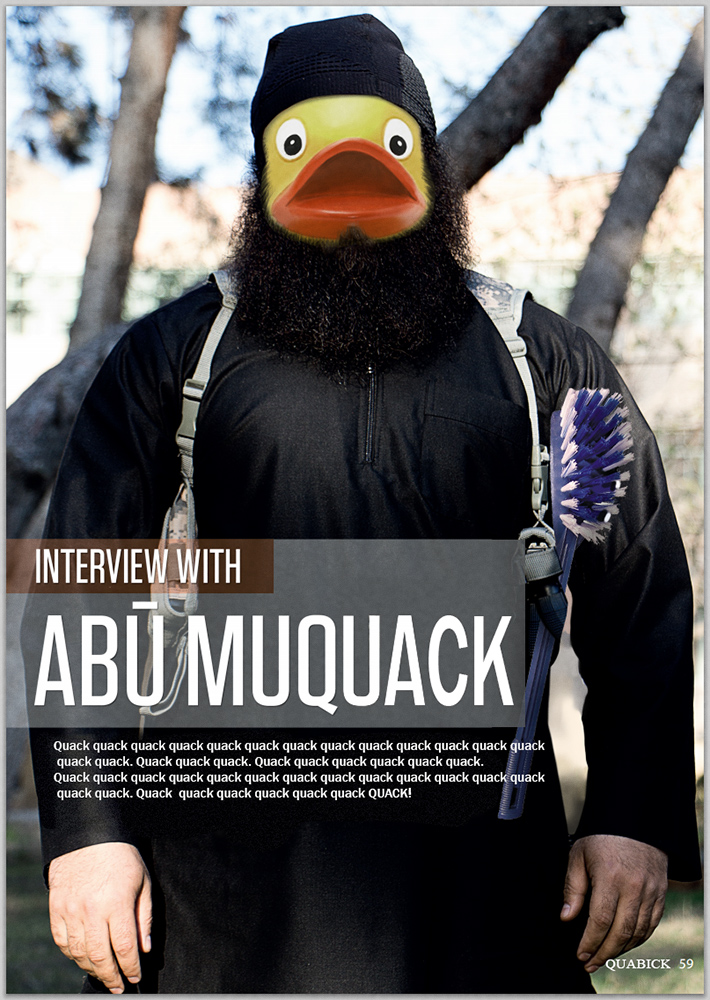 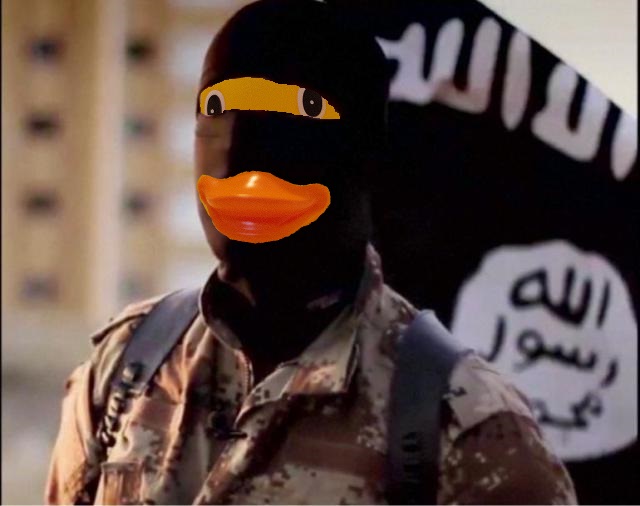 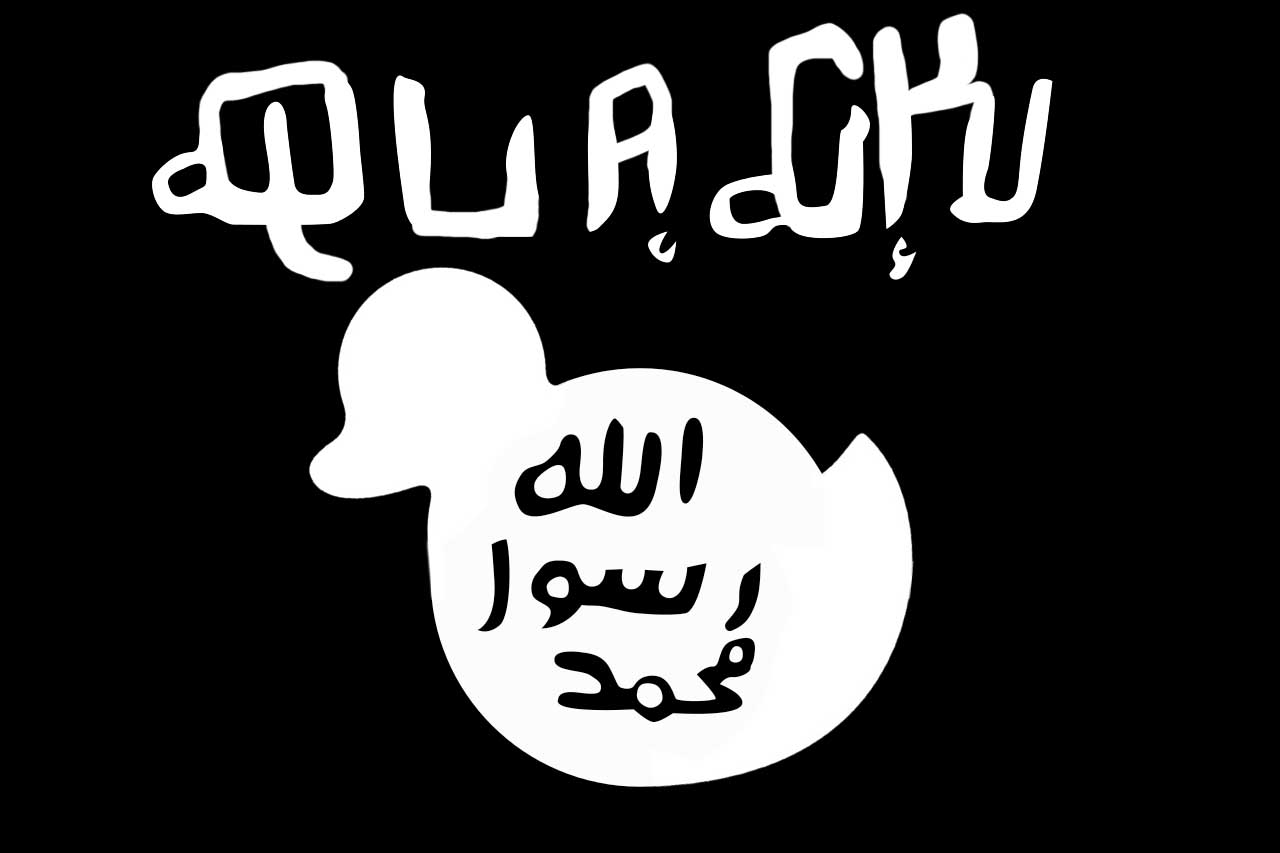 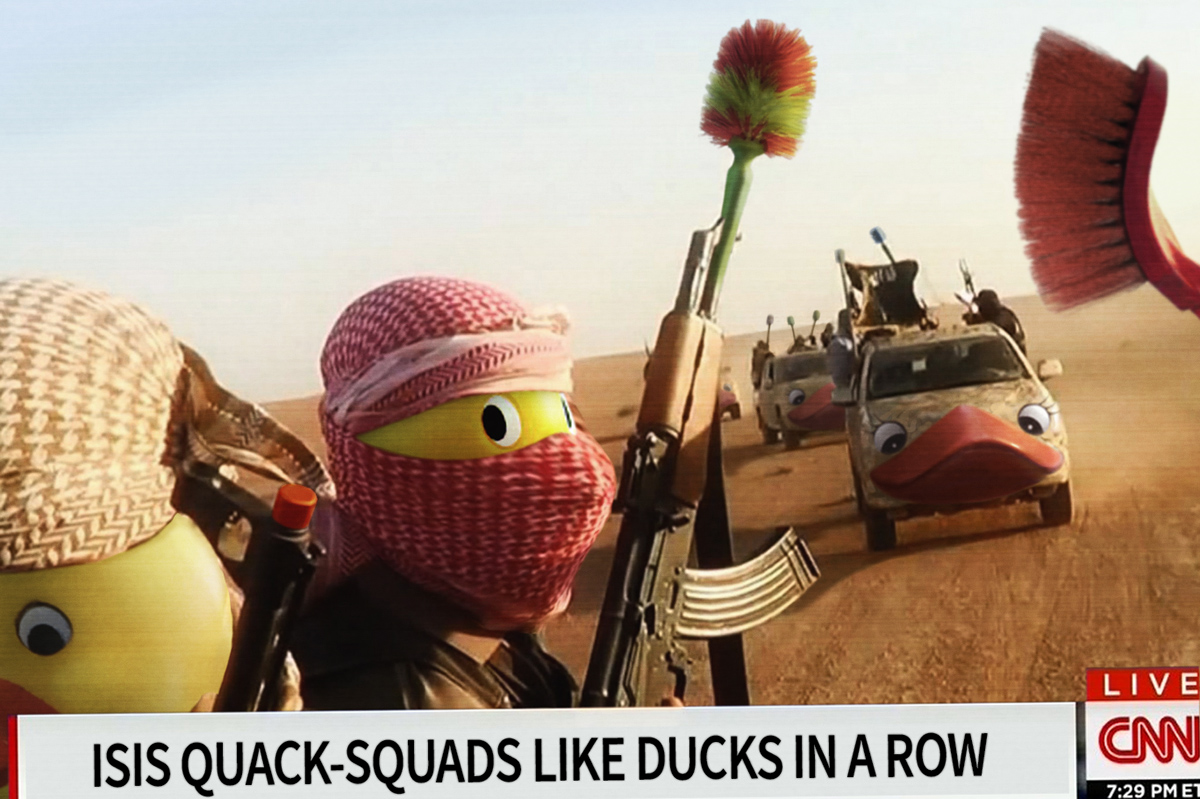 Did we miss any great ones? Tweet us @HuckMagazine.

Linkedin
RELATED ARTICLES
OTHER ARTICLES
From Brooklyn gang members, to Welsh miners and the residents of East Harlem, Bruce Davidson used his camera to shine a light on the most marginalised.
Jermain Cikic reflects on his experience of visiting the island of Samos, Greece, in the summer of 2021.
As the role of the nuclear family is increasingly called into question, people are finding new ways to exist outside heterosexist norms.
Photographer Melanie Nissen recalls capturing the characters, fashions and rarefied chaos of a rapidly-expanding set of punk bands who helped to redefine the genre.
The musician, DJ and founder of Monika Enterprise reflects on a career defined by revolution and rule-breaking.
Photographer Alice Mann reflects on capturing the camaraderie and discipline it takes to succeed in a highly-competitive sport.