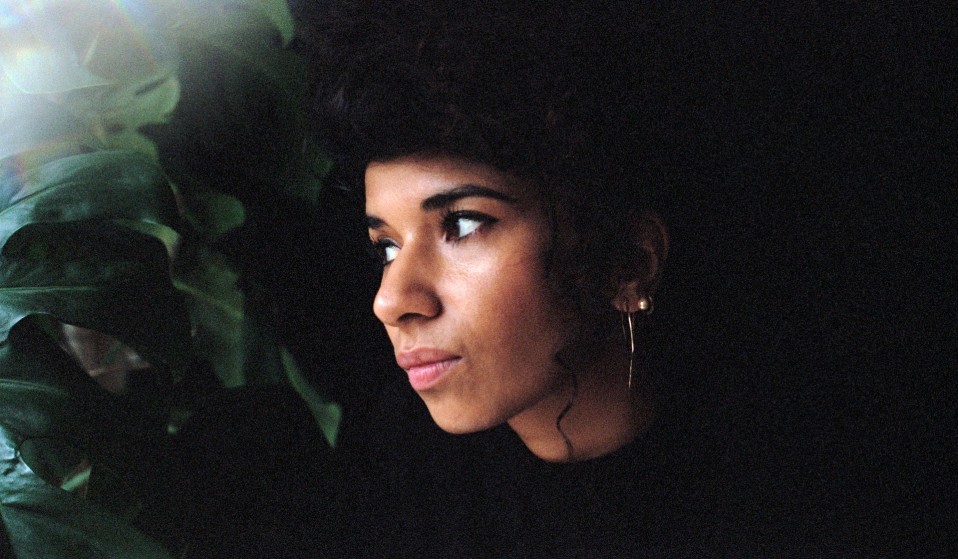 Throwing Shade explains how her future-focussed electronic productions sit alongside Siberian throat singing and other obscure gems she plays on NTS Radio.

Throwing Shade, aka Nabihah Iqbal, explains how her far-out, future-focussed electronic productions sit alongside Siberian throat singing and other obscure gems she plays on her highly-respected NTS Radio show.

Listening to Throwing Shade’s revered NTS Radio show is an education in music. In an hour, you can pass through Indonesian Gamelan, early phonograph recordings from the Arctic Circle or her own field recordings of traditional Jamaican sounds – all sprinkled with some serious knowledge, history and perspective on the weirdest and most wonderful music from around the globe.

But then London-based Throwing Shade, aka Nabihah Iqbal, might just be the most well-qualified DJ out there. Her NTS show draws on schooling in ethnomusicology at SOAS and the university’s immense sound archive, but her CV also includes an MPhil from Cambridge specialising in African history as well as working on women’s rights in Cape Town as a human rights lawyer – all of which informs her authoritative commentary in each episode.

While the worldwide success of the radio show has put her on people’s radars, Throwing Shade is also quickly emerging as one of London’s most exciting new producers, creating future-focussed electronic music that defies easy categorisation – and feels worlds – centuries, even – away from the retro classics she drops on the air. Her steadily evolving sound has been described as anything from cosmic R&B to paranormal pop and the new House of Silk EP ventures her further into new territory, with quirky social-media satire, dancefloor-friendly bangers and her own take on the hip-hop instrumental.

So, what connects the two sides of Throwing Shade’s output? “I don’t really think there’s a conscious connection between the two,” Nabihah explains. “I guess subconsciously, yes: everything that I produce creatively is going to be connected to everything that’s already inside my head – all the different music that I’ve ever listened to or played. But I don’t really consciously think about the ethnomusicology side influences the music I produce.”

But she will admit that there’s a weird streak running through both her productions and her selections for NTS. And the rapt reception for both might just tap into the growing hunger for something a bit strange, more challenging and less predictable.

“It’s a reaction to how mainstream pop has been so watered down,” she explains. “When you listen to chart music now it really does all sound the same. It’s the same chords, it’s the same sounds, the same sort of vocals on it. I just find it really depressing. I guess for people who are more open-minded and want to look beyond that, they like to hear stuff that’s weirder.”

The internet has opened up a world of music to those with the inclination to look for it, and those influences weave back – consciously or unconsciously – into exciting new music that comes out of multicultural hubs like London. But still, it seems, there’s a lack of people catering for those eclectic tastes.

“What I’m doing, I feel like there’s nobody else young who’s really there to present what you’d class as ‘World Music’ to a younger audience in a fresh way,” she explains. “I feel like the term itself is quite fusty – associated with geeky, middle-aged men on Radio 3 or something.”

Nabihah argues there will always be an apetite for more out-there selections because there will always be people who are genuinely passionate about music and want to expand their horizons. So how to rebrand ‘world music’ for a new generation of eclectic music heads who are just at home listening to Muslim jazz as a pumping 4/4 house beat in a sweaty basement in Dalston?

“I don’t know what I’d call it… you just need someone young and enthusiastic to play good music and talk about it,” she explains. “I really think music is the best thing in the world. It provides a way of bringing people together. You might not know anything about another culture, but you can hear something and you can really appreciate it. I’d never use the term ‘world music’ on my show. Just call it music. That’s what it is: it’s the way to break down the boundaries.”

Throwing Shade’s House of Silk EP is out March 4 on Ninja Tune.

Linkedin
RELATED ARTICLES
OTHER ARTICLES
The hate Just Stop Oil faced after throwing soup over a Van Gough painting has been immense. Here, they explain why it won’t deter them.
The Egyptian government are continuing the repressive mistreatment of environmental campaigners.
After a devastating fire, creatives in the city are coming together to call for more affordable workspaces.
The campaigning charity are on a mission to increase inclusion, participation and representation of Black people in trail running.
Whether it was seacoalers in Northumberland or the miners’ strike, the photographer was always fully immersed in the story he sought to capture.
A campaign led by ex-torture survivors and refugee organisations has left the Tories with no planes left to carry out their callous scheme.