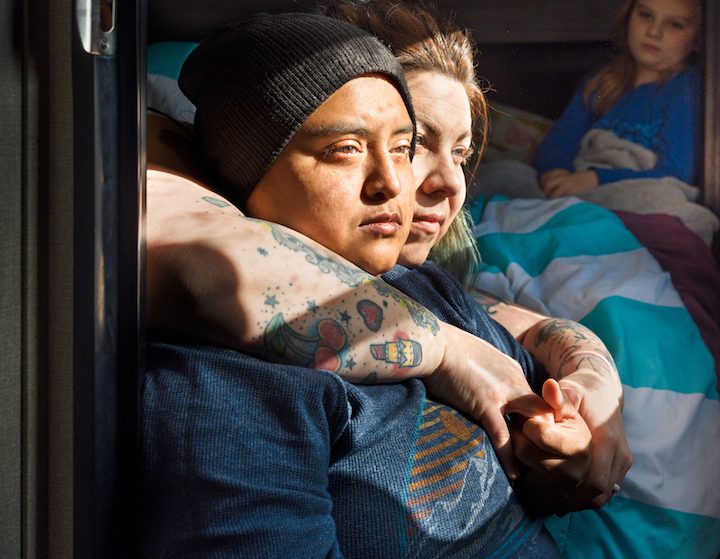 Tim Eastman discusses his new photobook documenting the people living and working out of mobile homes.

Tim Eastman discusses his new photobook documenting the people living and working out of mobile homes across the USA.

In the Autumn of 2017, while sitting in his New York City home, photographer Tim Eastman picked up a copy of Jessica Bruder’s book Nomadland: Surviving America in the Twenty-First Century. Now adapted into the Oscar-winning film starring Frances McDormand, the book explores the lives of Americans, known as ‘workampers’, who moved in RVs (motor vehicle homes) and converted vans following the 2008 economic crisis, who travel across the US between jobs for mostly seasonal work.

“I’ve always had a sort of wanderlust myself, so it struck a chord with me,” says Eastman. “I’m interested in subcultures and people who live apart from the mainstream; I was just really fascinated.” 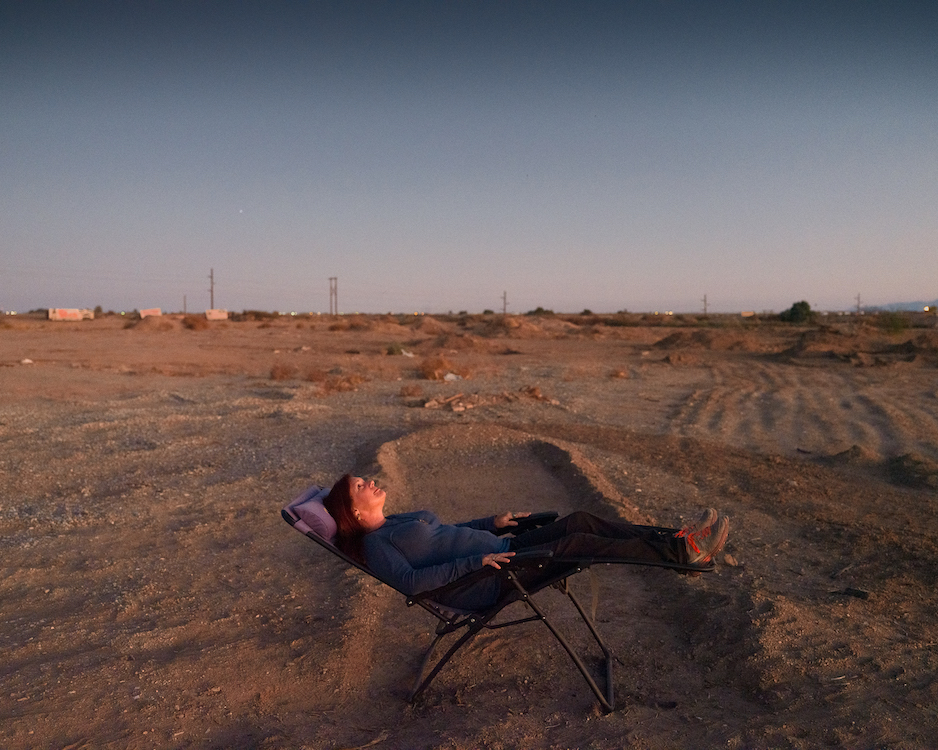 Deciding he wanted to find out more, Eastman dug out his laptop and dived into the world of workamping Facebook groups – online spaces where people shared tips, jobs and connect with others who live life on the road. He messaged a few members, explaining his work and idea for a photography project.

“I had trouble finding people initially for the project: a lot of them I think were sceptical of the media,” Eastman explains. “They felt like media had given a sort of negative impression of workamping life. Some people would be suspicious or think I was a conman or something like that.”

Coming by a spot of luck, he interviewed and photographed a woman named April Raines, who helped to introduce him to other workampers, with whom he eventually set off on the road. He would go on several trips across the next two years covering almost all the different regions of the USA, meeting, speaking to and photographing the country’s nomadic workers. 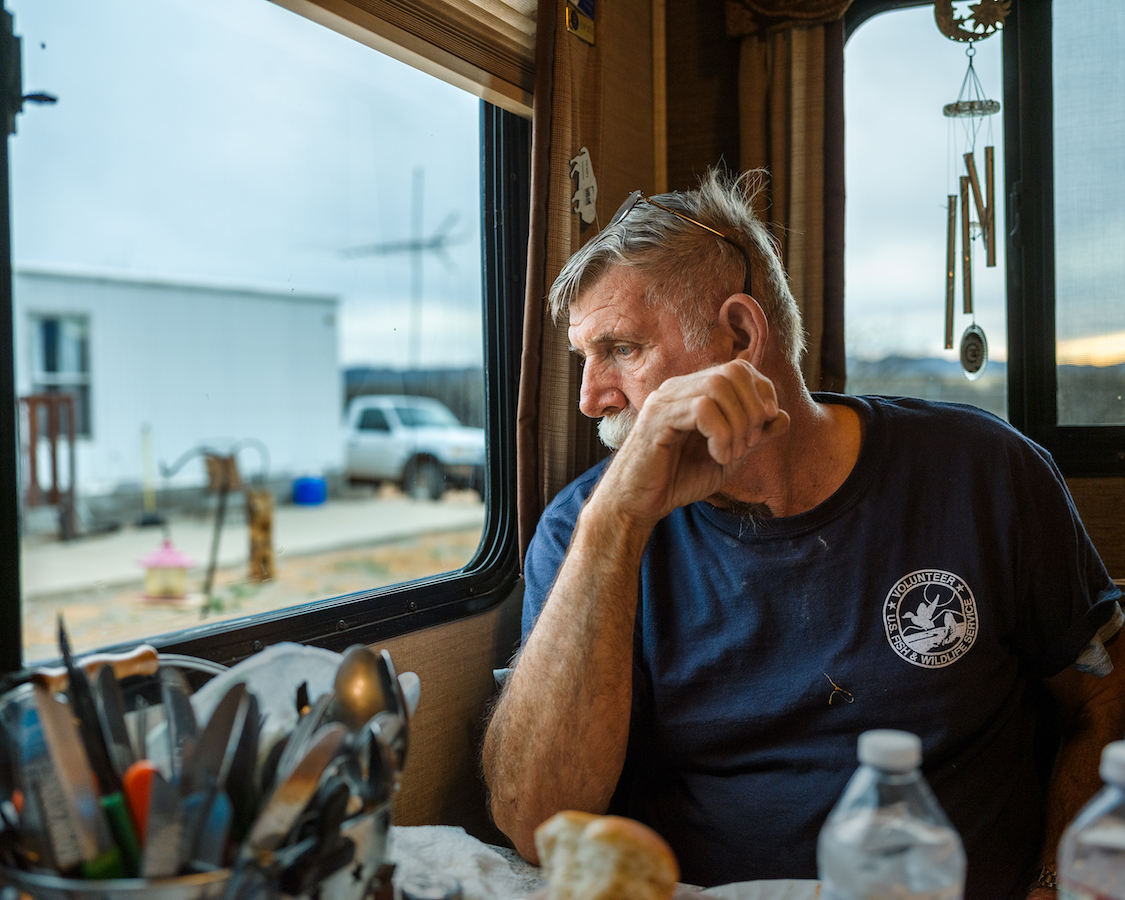 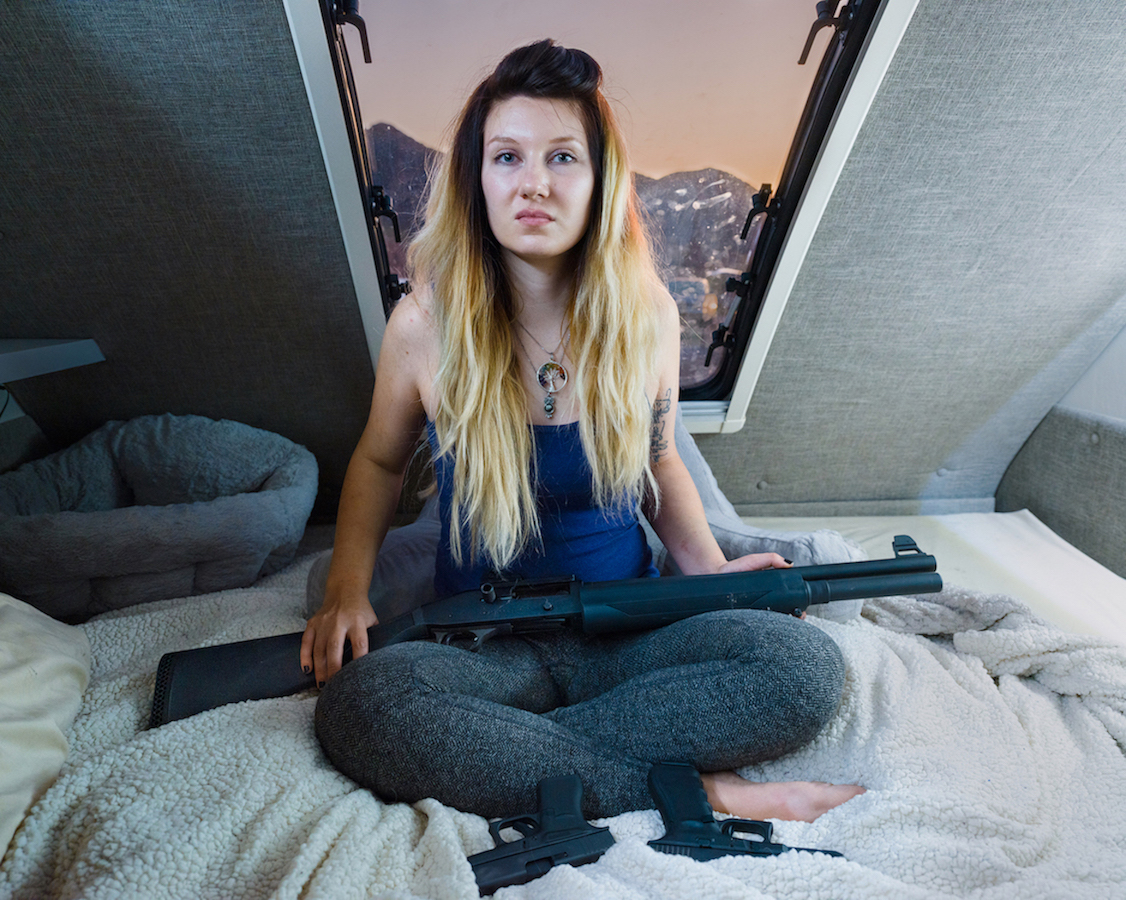 The result of his travels is the newly-published photobook All the Past We Leave Behind: America’s New Nomads, which collects portraits of workampers in their mobile homes and pairs them with interviews where Eastman’s subjects tell their backstories and explain life on the road.

Pictured are a variety of people all at different stages of their lives – men, women, couples, families with children, and the elderly. “There are a lot of older people who retired and found they couldn’t afford to retire,” Eastman says. “The title [All the Past We Leave Behind], is from a Walt Whitman poem about the American Pioneers in the 1800s. I feel like [workampers] are continuing that tradition because the early pioneers set out largely due to economic hardship and they were looking to build a better life for themselves.” 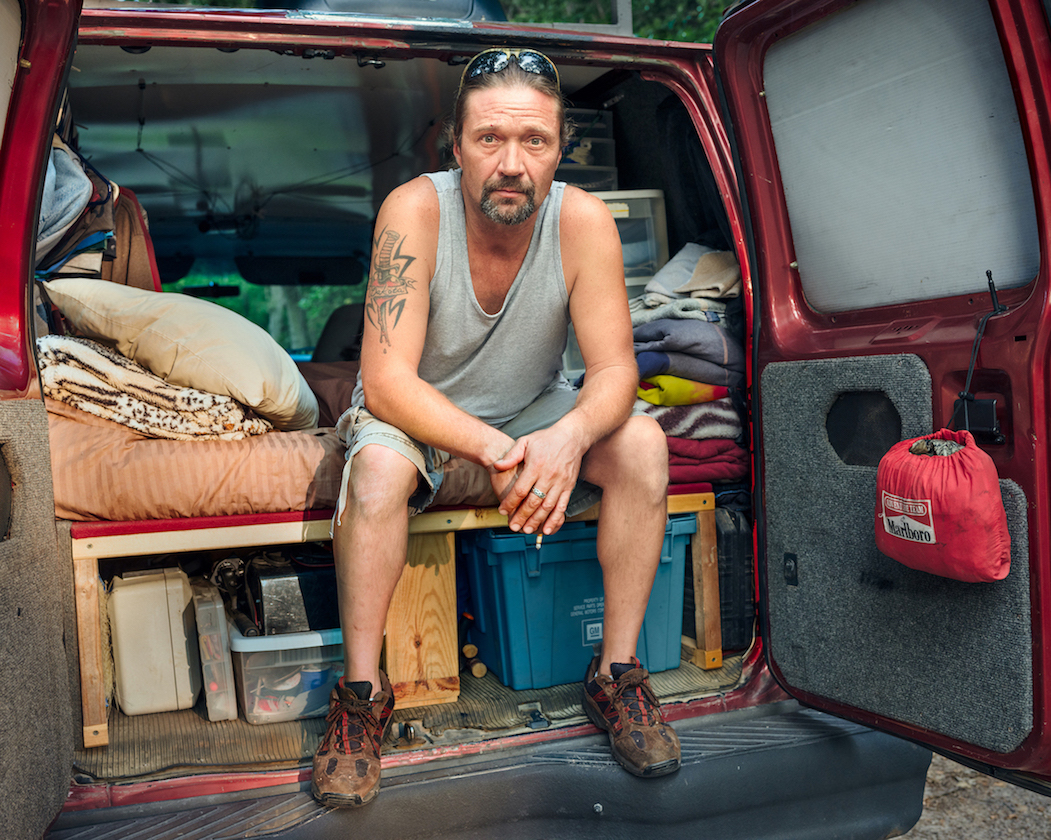 Most workampers took pride in their homes, making the most of the limited space they have. “They really recreated a kind of domesticity,” Eastman says. “For most people, it was like going into a regular middle-class home – like couches, TV, kitchen, decorations, pictures hung up…”

The work they undertake can vary, from acting as camp hosts in national parks to working in warehouses for online retail giant Amazon – the biggest employer of workampers in the USA. Workers will usually staying in one place for just a few months at a time before hitting the road again in search of the next job.

Their lives are mostly hard, but conflicting. A lot of people Eastman met had experienced financial or personal hardships but felt that becoming roaming nomadic workers was the one way to regain control of their lives. 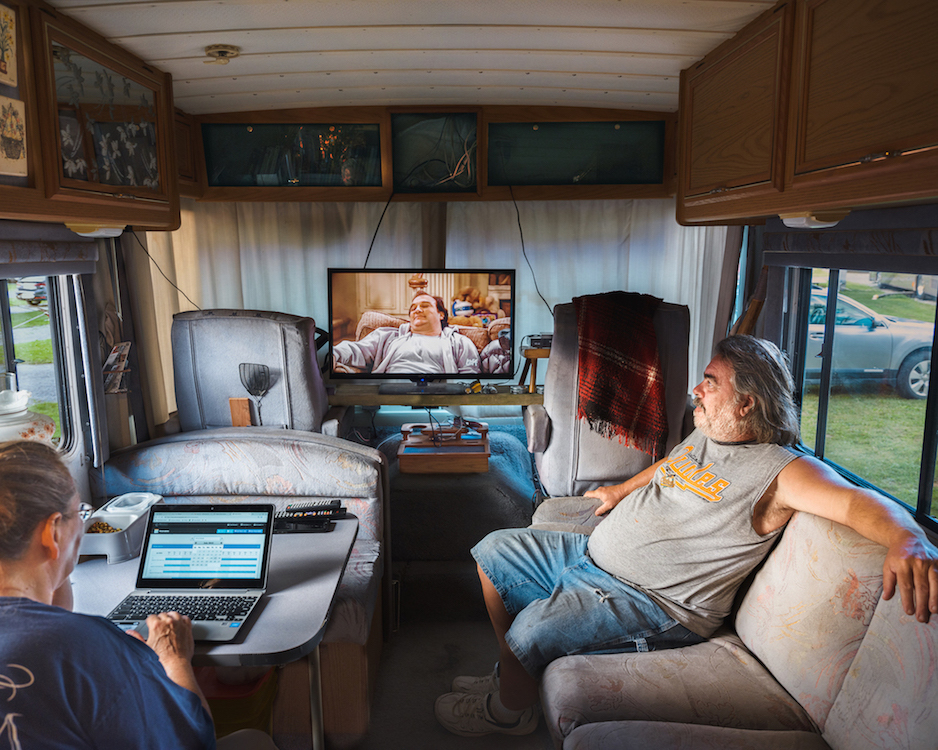 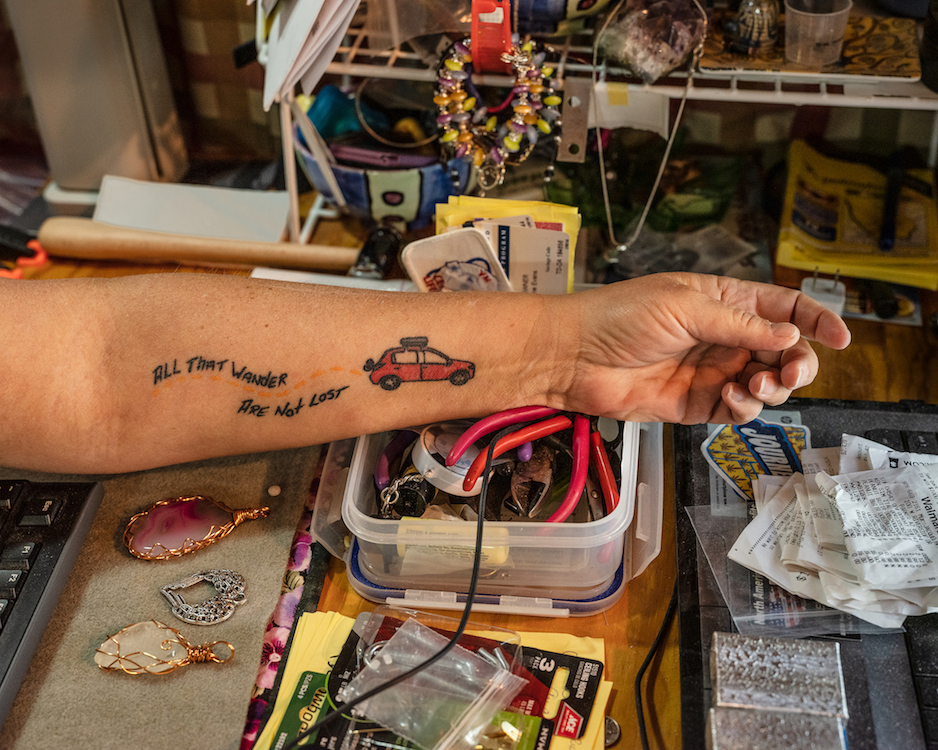 “There is one woman, Silvianne Delmars, who stuck out to me because she really seemed very happy with her life,” says Eastman. “She lived in a large van and had a cat and just seemed very content. That wasn’t always the case with everyone I met.”

The primary issue for a lot of workampers is the lack of health insurance. Eastman says: “Healthcare is not easy to come by. A lot of people, if they get sick, they’ll go to Mexico for treatment because it’s cheaper there. There are actually tours for Americans to see what the medical options are – a tour guide will take them around and show them doctor’s offices and dentists and things like that.

“Healthcare in America is pretty terrible,” he adds. “It’s a hard life.” 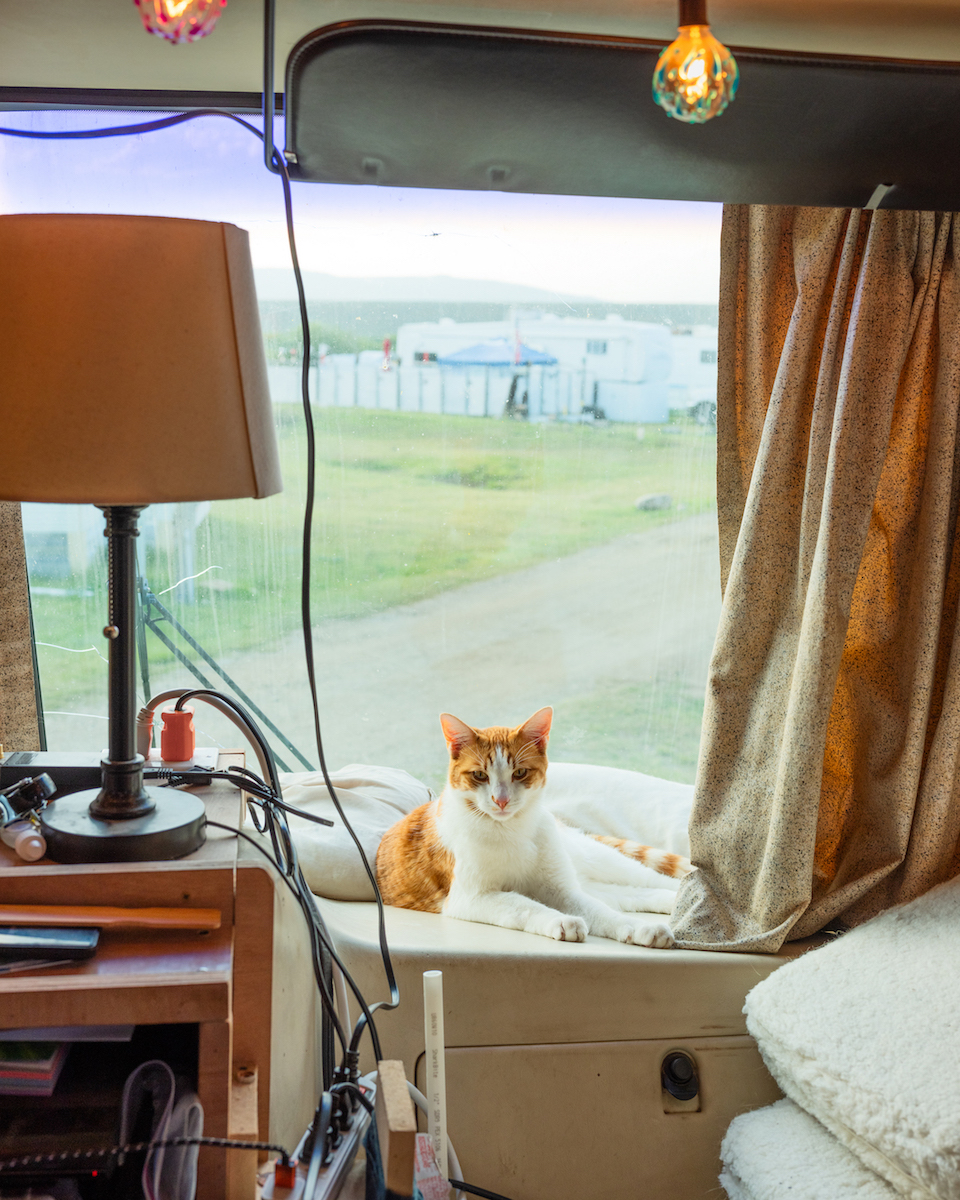 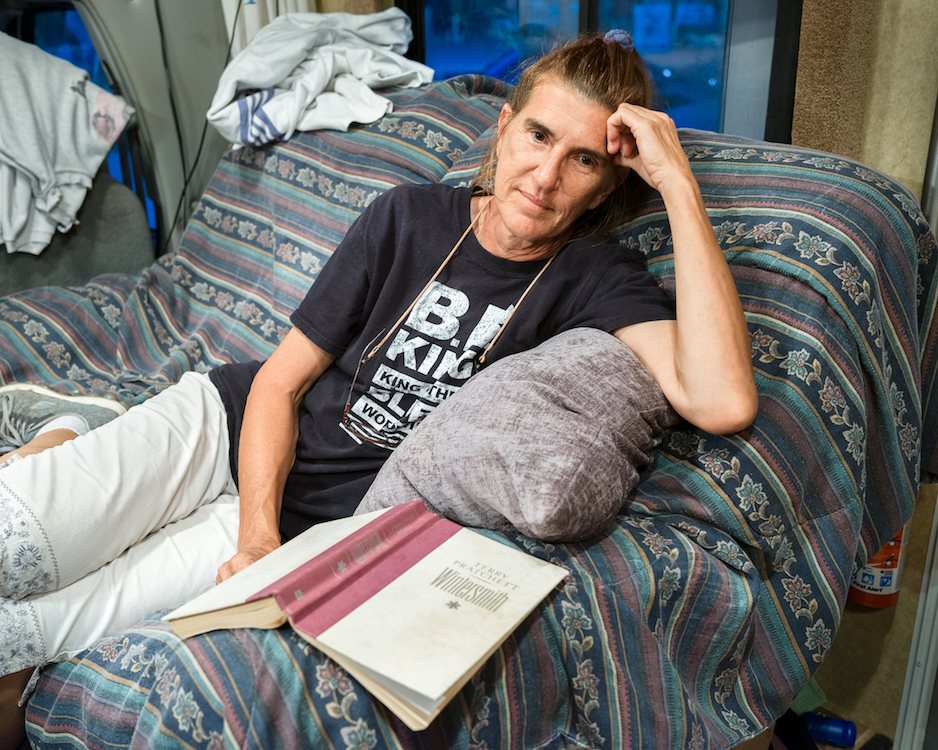 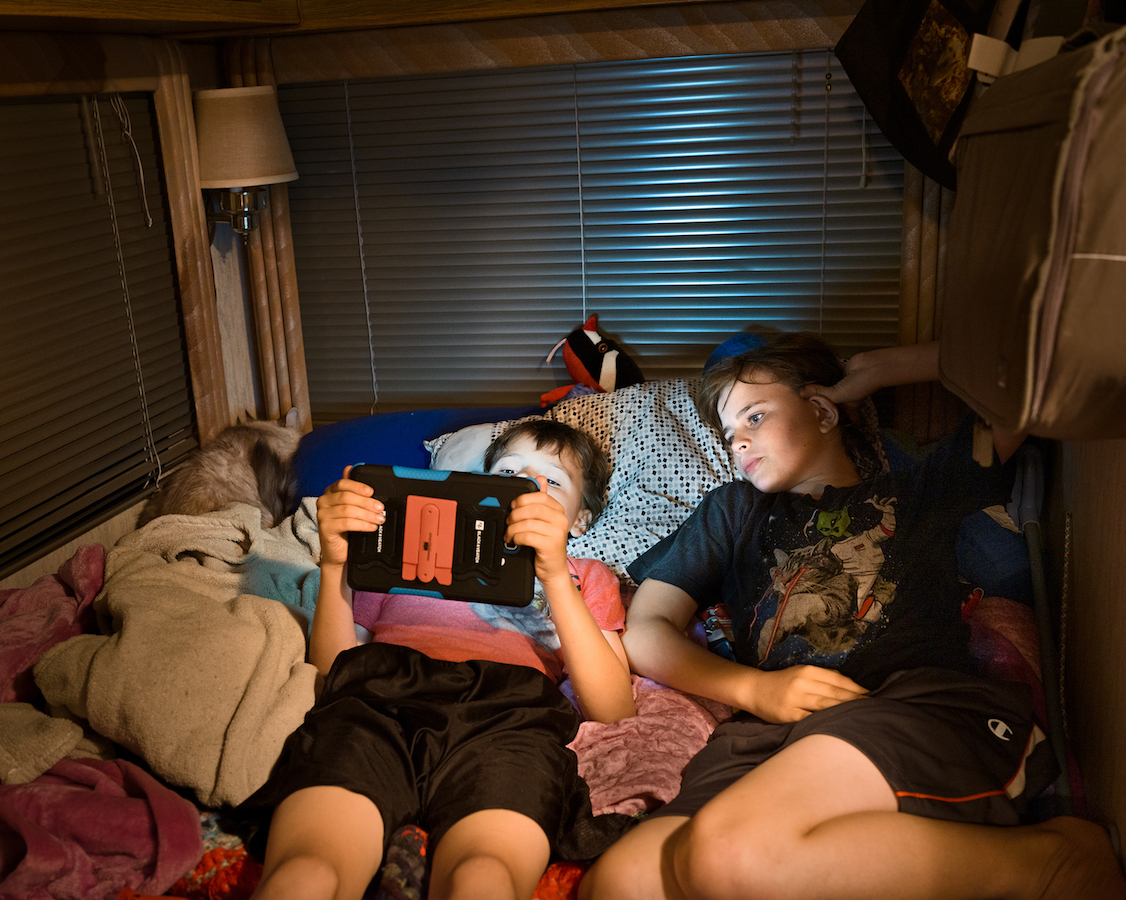 All the Past We Leave Behind: America’s New Nomads is out now on Kehrer Design.

Linkedin
RELATED ARTICLES
OTHER ARTICLES
Meg Handler’s photos capture diverse groups of New Yorkers coming together for the collective cause of civil rights.
Hackney Bumps is a DIY sanctuary in the heart of East London, home to a thriving diverse community of skateboarders – and beyond.
A new documentary tells the story of an unassuming cul-de-sac of 13 timber framed houses built by Fusions Jameen – London's first Black housing co-op.
Layna, Maysa and Amaya are three siblings looking to disrupt narratives around the sport. In doing so, they’re hoping to inspire a new generation of skateboarders.
Recent research is highlighting the drug’s enormous potential for treating substance abuse.
Photographer Nico Froehlich’s series documents South London’s diverse communities, while also reflecting on their fragility amid rapid gentrification.