Art & Culture / The Iraqi art world is alive and kicking 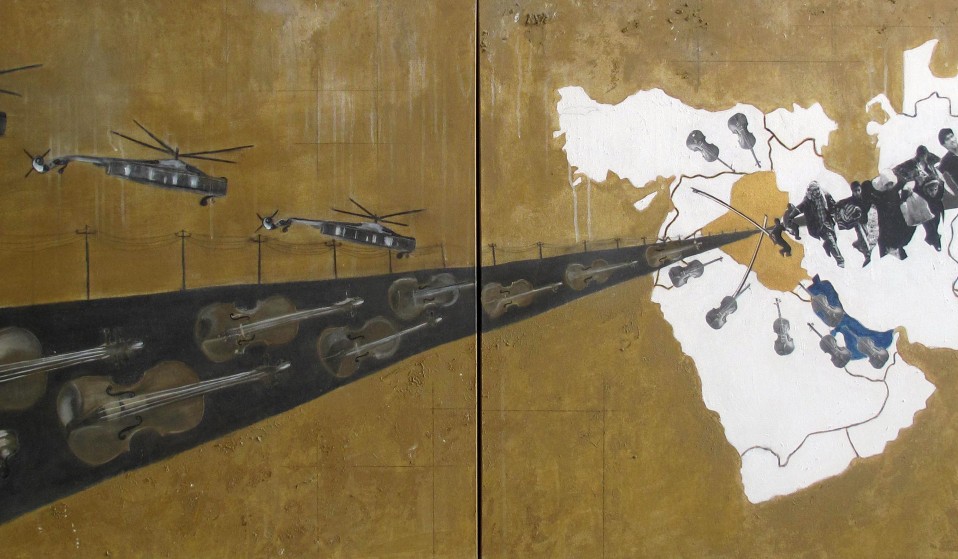 While instability in Iraq continues fuelled by Western intervention, a new generation of young artists are creating work that looks to the future.

While instability in Iraq continues fuelled by Western intervention, a new generation of young artists are creating work that looks to the future.

It might have been some 14 years since the fateful failure that was the Invasion of Iraq, but civil unrest and war is far from over in the country; many Iraqis are still struggling to find stability. There’s not only the human cost to consider, international organisations and UNESCO representatives have been calling for the protection of Iraq’s art and history from an ongoing cultural genocide.

Colonialism is executed in various forms, including the attempted eradication of a local culture. While the question remains whether will be the case for Iraq, two Iraqi sisters are already resisting, hitting back at the claim that their culture is on the brink of extinction.

Sundus Abdul Hadi is an artist, and her sister Tamara a photographer. They were born in the UAE and brought up in Canada, but still identify closely with their Iraqi heritage. Their work explores contemporary Iraqi culture, and they’re demanding to be heard.

How do you think over a decade of war has affected Iraqi art and culture?
Tamara: That’s since the US invasion of Iraq, but if you live in Iraq and are in your 30s then you’ve pretty much lived through three decades of war. Iraqi culture and artists are still dealing with the outcomes of the wars behind them. Artists will always create no matter the circumstances, or whether their work is disseminated or not. 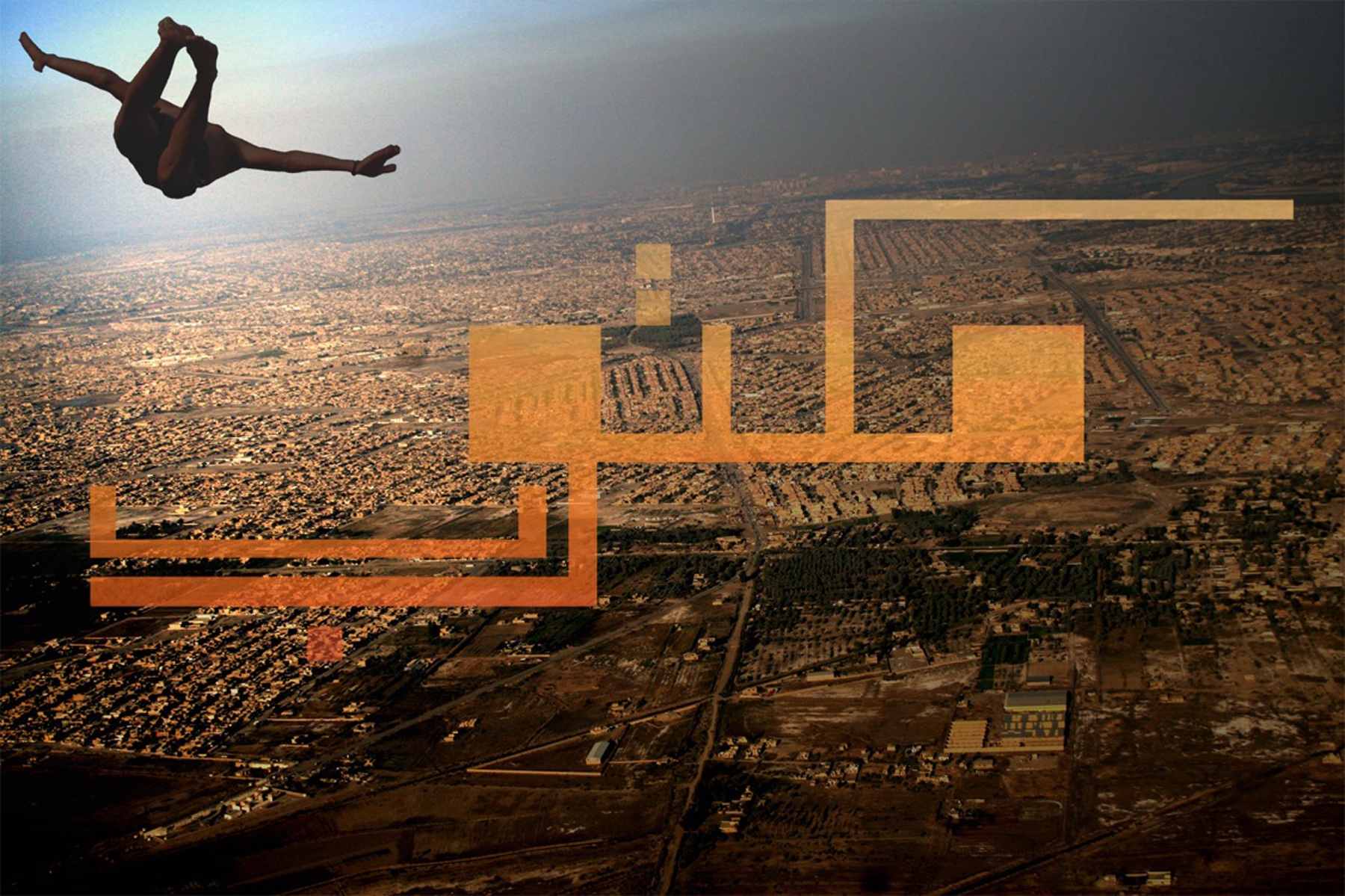 TARKIB is new project out of Baghdad that is creating spaces for creative projects and exhibitions for young Iraqi artists. TARKIB’s work is mainly oriented towards the interface between art and the public.

Sundus: I can only speak for myself as an artist in the diaspora. I see resilient Iraqi youth trying to work through their trauma. On the other hand, I also see a lot of displacement and loss which is changing the social fabric of the country as well as the diaspora. It is a dark time in our history.

Before the illegal invasion by US-led forces in 2003, the art world in Iraq was suffocated by dictatorship. Many of our most gifted artists and intellectuals had to flee the country to continue their practice freely. That created a huge vacuum where most of the art created in Iraq was superficial in order to avoid persecution, or commissioned by Saddam. Before that, art in Iraq had a long standing tradition of being politically engaged, critical and highly sophisticated and intelligent. For Iraqi artists today to be able to return to those roots is a huge step forward.

You have said the idea of culture as a casualty to war encouraged you to begin ‘Warchestra’. What message were you sending with this series?
Sundus: Just the act of censoring weapons meant that I wanted to see an Iraq free of violence. I wanted to imagine a different Iraq. The series was intended for both an Arab and Western audience… the motivation was to underscore the stereotypical representations of Iraqis/Arabs/Muslims in the Western media and subvert them, while empowering the same group of people to imagine themselves differently. 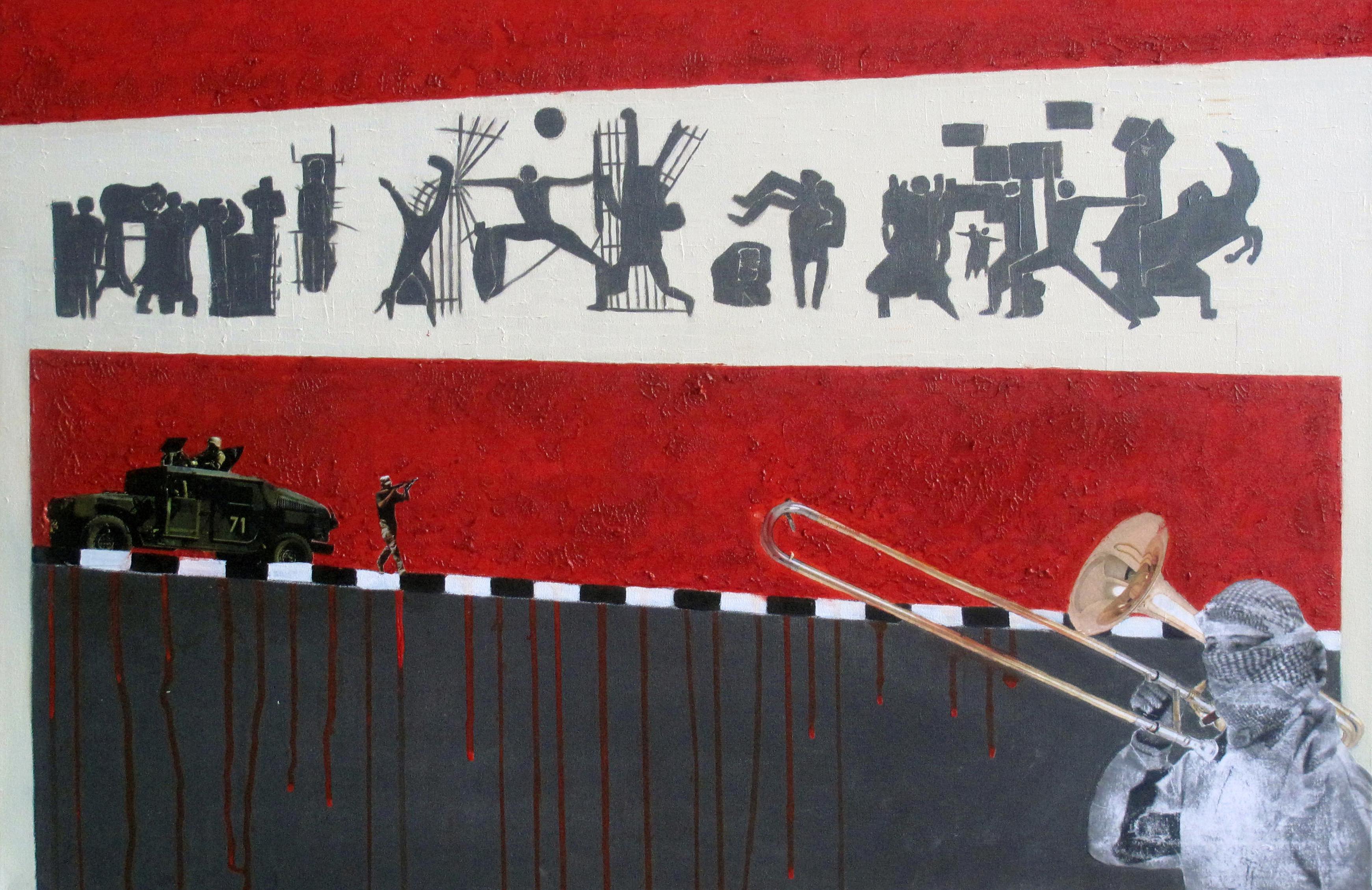 The ‘Valley of Peace’ and ‘War Remains’ series make it seem that few things are permanent in Iraq except for war and death…
Tamara: ‘Valley of Peace’ is documentation of the cemetery Wadi As-Salam, located in Najaf, a province in the Western part of Central Iraq. This cemetery is considered the second largest cemetery (over 5 million people are buried here) in the world. It is home to generations of Iraqis and Shiites past and has also bore witness to generations of turmoil and war. ‘War Remains’ shows a war machine graveyard in Sulimaniyah, Northern Iraq. Mountains of used missiles, US military tanks, humvees and other weaponry fill the landscape, making it a grim reminder of decades of war in Iraq. While they both portray war and death, ‘Valley of Peace’ and ‘War Remains’ are about history.

Is there a danger that Iraqi art will be dominated by war imagery leaving a vacuum for outside forces to fill this generation’s culture gap?
Sundus: Art should never be forced. If that’s the direction it needs to go in, then so be it. Let things run their natural course. We shouldn’t approach things like they need intervention – it’s not up to anyone to dictate what artists should be producing. 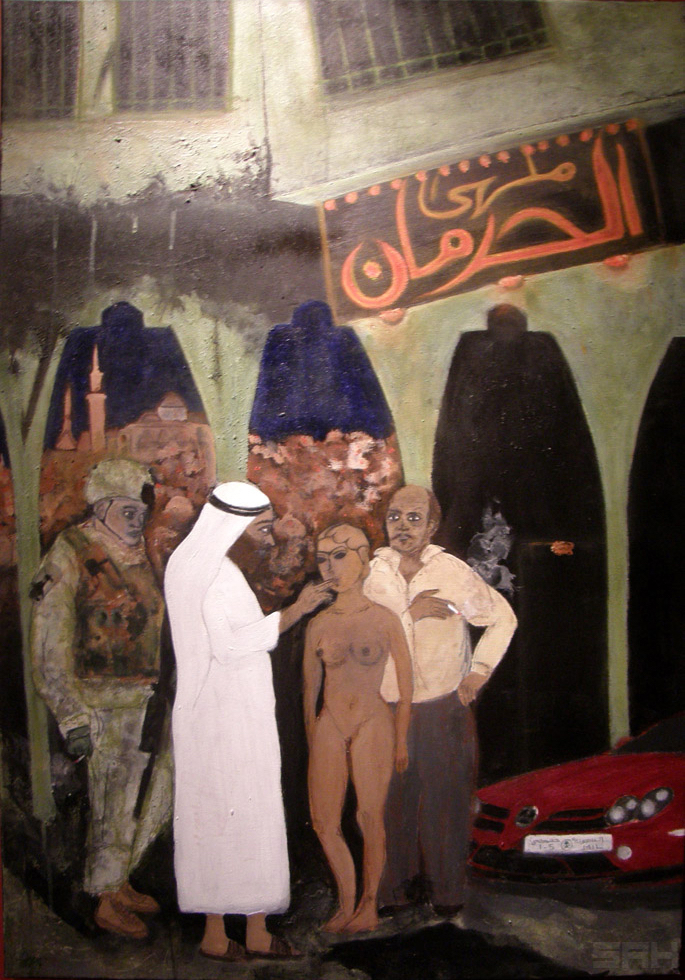 What do you believe your roles as a photographer and artist are in the preservation and promotion of Iraqi culture?
Tamara: My role as a photographer is to document and reflect, and learn and to share. I think the answer to your question may be education. I believe in the youth. I think that Iraqi culture will be preserved by the youth of today. I’m not sure there is a cultural genocide happening. I think wherever there is struggle there is creation. The artist’s role is to reflect, question, struggle, and survive.

Sundus: There is no cultural genocide in Iraq. Just because people aren’t paying attention doesn’t mean it’s not happening. For years, the West ignored work by Iraqi artists because it was too political or complex. Simultaneously, the Arab Gulf with their growing cultural scenes wouldn’t touch anything Iraqi with a ten-foot pole unless it was apolitical and made in a studio in New York or London.

The Iraqi experience became tokenised and packaged by curators and patrons of the arts. Iraqi artists still can’t get visas to make it to overseas exhibitions – let alone get their work out of the country for all kinds of different border control issues, from the sanctions to foreign occupation. Iraqi artists have consistently been producing important work, whether the art world has given them a platform or not.

How has the Iraqi diaspora reacted artistically since the invasion?
Sundus: There is a diversity in the diaspora, so there has not been one trend. However, there has been an uncomfortable emphasis by curators by framing exhibitions of Iraqi artists under the umbrella of war, and highlighting the traumatic experiences of the artists as a contextual element. Things are changing though, as a multiplicity of voices is finally entering the sphere.

There is a lot of inspiring work coming out of Iraq at the moment. The Baghdad Independent Film Centre is also producing work by very promising young artists and filmmakers. Beyond the pioneering artists of the older generations that have established themselves in both the diaspora and within Iraq, the new generation of Iraqi artists have a lot to say, and they’re saying it whether the world is listening or not.

Linkedin
RELATED ARTICLES
OTHER ARTICLES
After blocking the Scottish government’s gender recognition reform bill, Westminster is now devising further changes to the law to make it harder for trans people to self-identify.
At his West Bank restaurant, Fadi Kattan established himself as the voice of modern Palestinian cuisine. Now, he’s bringing his innovative, bold flavours to the UK’s capital.
Tristan O’Neill’s shots of dancers caught in moments of reverie at the height of rave’s golden age are a testament to the UK’s legendary club culture.
A new film from Berghaus traces the story of Adam Raja, who left behind a turbulent upbringing to discover the healing power of climbing.
A new podcast is opening up the conversation between trans women and trans amorous men in the hope of building coalitions.
After building his reputation covering the US civil rights movement in the 1960s, the photographer went on to produce some of the most enduring images of the past century.