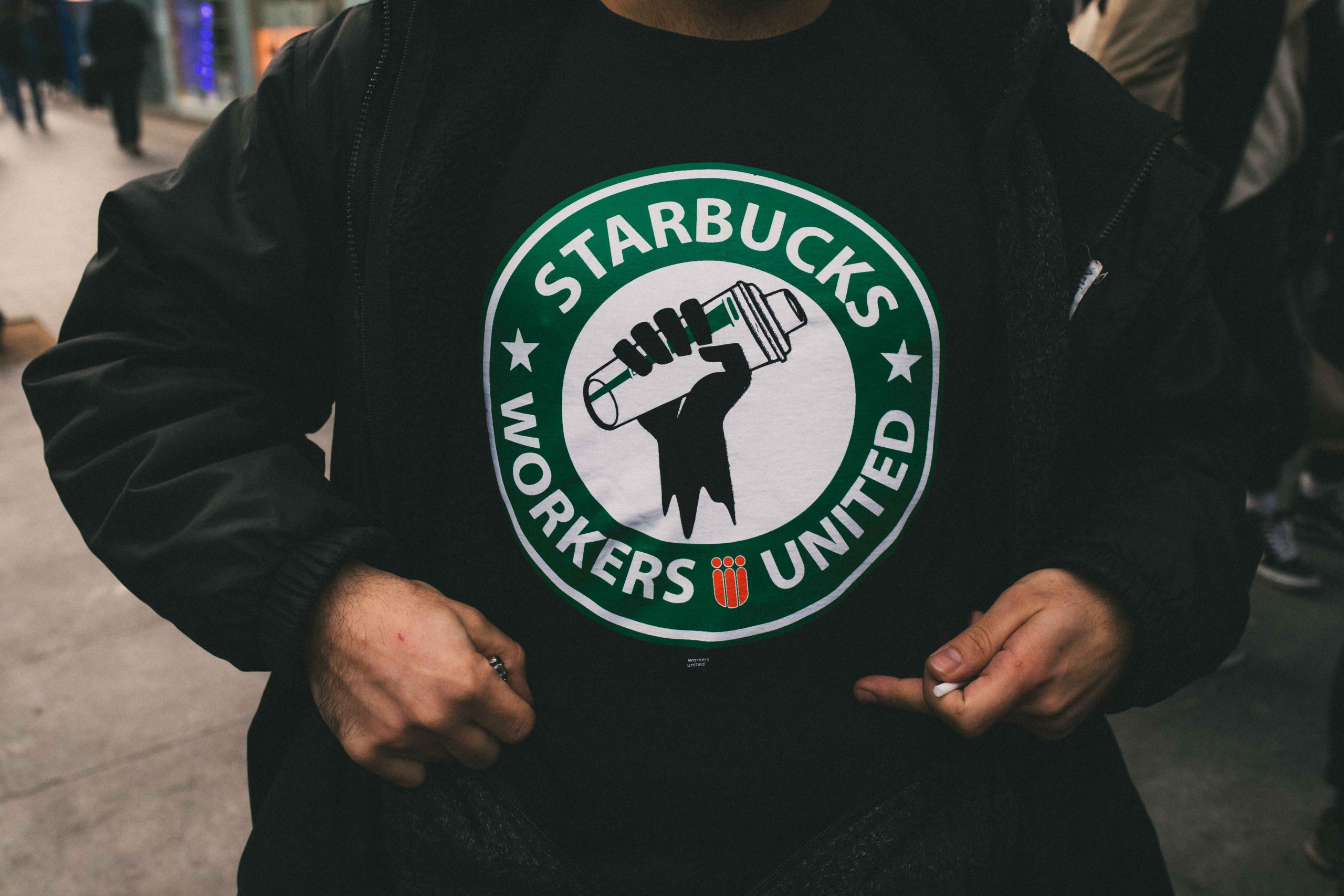 This afternoon, workers of the hospitality chain came together to call for better pay and working conditions.

This afternoon, employees of the hospitality chain to call for to call for better pay and working conditions.

It’s blisteringly cold on London’s New Oxford Street as a crowd begins to gather outside of the Starbucks just next to Tottenham Court Road station. The group huddle together, holding banners that they wrestle with in the gusty wind. Inside the coffee shop, people sit and chat, or type furiously on laptops as they guzzle coffee from giant mugs. You wouldn’t know it from looking, but today is one of the chain’s biggest marketing moments of the year, and comes in the shape of ‘red cup day’.

The switch from trademark white takeout cups to red marks the descent into the festive period, and represents a huge retail day for the global chain. However, across the Atlantic, in the United States, workers across the country have walked out in protest at claims of union busting and illegal firing for union organising. The move comes after the successful Starbucks Workers United campaign successfully secured trade union agreements in over 250 stores in the country.

I’m proud to stand with Starbucks workers on strike today across the country. CEO Howard Schultz is illegally union busting and firing workers for organizing. Mr. Schultz, it is time to recognize the stores that unionized and negotiate with workers in good faith. #RedCupRebellion

Back in the UK, today marks the launch of another campaign: Baristas United, inspired by the success of Starbucks Workers United to unionise hospitality workers in coffee shop chains. The crowd gathered outside of the New Oxford Street store make up one of over 50 such rallies, demos and actions taking place outside coffee shops across the country to mark the launch.

The campaign, led by Unite the Union is supported by the Bakers, Food & Allied workers union in an historic deal which sees the unions working together to unionise the sector. The campaign is also supported by Organise Now!, Strike Map UK and the Peace and Justice Project, founded by ex-leader of the Labour Party Jeremy Corbyn MP, who have launched ChangeIsBrewing.co.uk in support of the campaign.

Outside of Starbucks, Corbyn arrived with John McDonnell MP, ex-shadow chancellor and they both addressed the crowd. The rally comes against the backdrop of current Conservative Chancellor, Jeremy Hunt’s autumn statement, which has promised another round of painful cuts and tax rises as the UK economy officially enters recession.

McDonnell promised the crowd to take the fight for unionisation to Parliament, additionally promising to name and shame any companies who frustrate the process.

Speaking to Huck, Corbyn said, “Decades of austerity and now the soaring cost of living has pushed millions of workers and their families into poverty and desperation. The time is long overdue for companies like Starbucks to recognise a trade union and negotiate a fair deal with its workers that will see baristas receive better pay and conditions, and help them through these tough times and beyond.”

Corbyn added, “Starbucks has announced huge profits in the UK and around the world, and its tax affairs have been called into question on numerous occasions.  They, like companies such as Amazon, Royal Mail and others, simply must be held to account for letting their workers pay the price for the bosses’ greed.”

The campaign comes as strikes grip the UK, with the speakers addressing the crowd promising to bring a whole new generation into the Trade Union movement.

Nabretta Hardin, Starbucks worker and union leader told Huck, “My store wanted to unionise because we wanted a say…a conversation to be had if the company was to add or take things that affect our livelihood. We demand respect and deserve to be heard by a company that we work so hard for. Starbucks should stop union busting and have an adult conversation with their workers on what we need from them.”

Those employed by Starbucks say they have faced increasing uncertainty due to the cost of living crisis, and that low pay and zero hours contracts have contributed to financial hardship. Staff have also raised the issue of management pressure and chronic understaffing.

“Starbucks union busting tactics have not slowed us down,” Edith Saldano, Starbucks worker and union leader told Huck, “we have created a mass movement with a customer base and solidarity organisations to back us up. Our message to Starbucks is that the working class will forever be the most decisive in pushing for change. You cannot stop us. We are united, not only in the United States but clearly internationally.”

The growing calls for improved pay and conditions follow Starbucks announcement of £95 million in profit from its UK stories in March 2022, as part of a $3.7 billion profit worldwide. 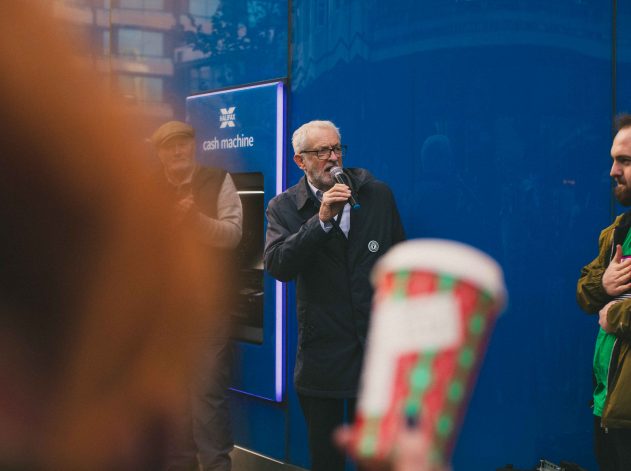 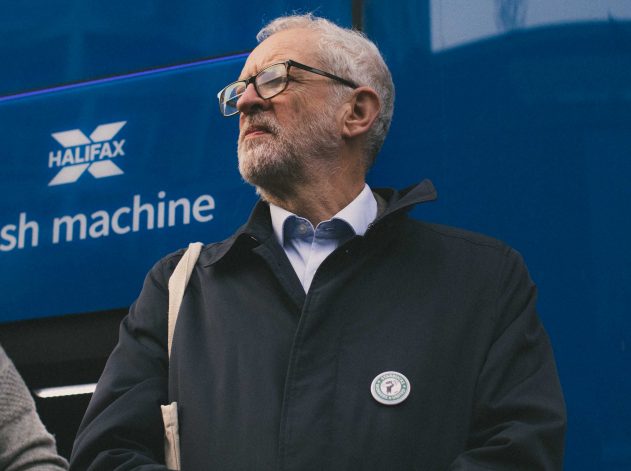 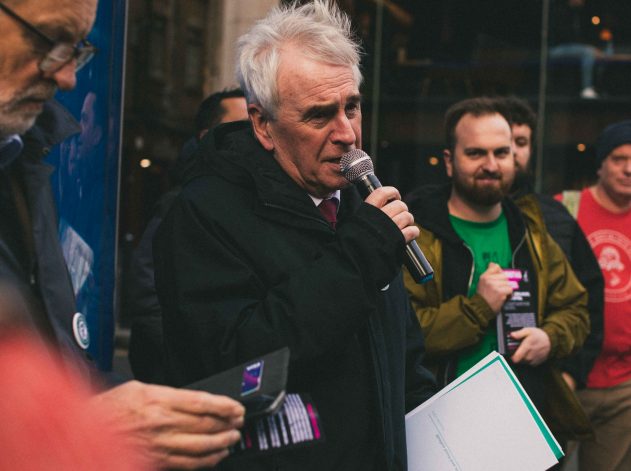 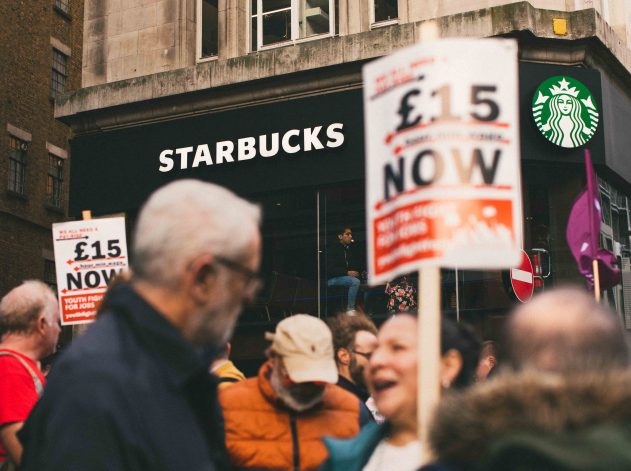 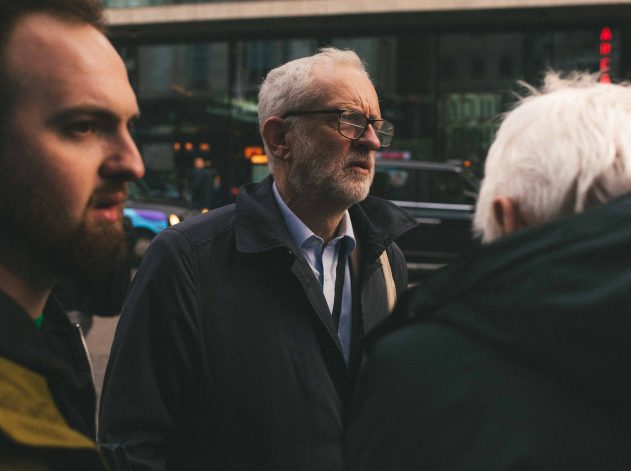 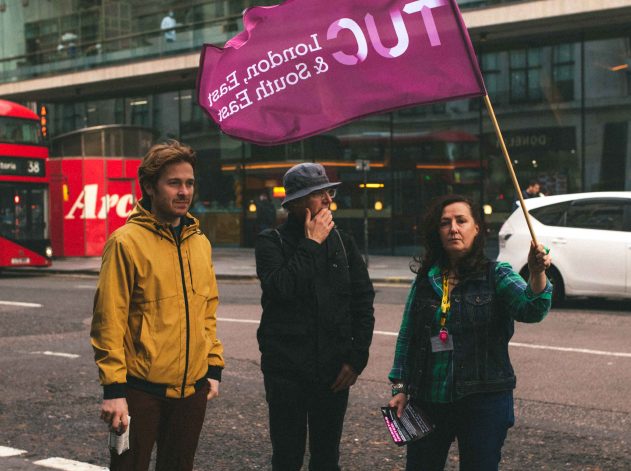 Linkedin
OTHER ARTICLES
Whether it was seacoalers in Northumberland or the miners’ strike, the photographer was always fully immersed in the story he sought to capture.
Photographer Chloe Dewe Mathews reflects on the diverse rituals that continue to persevere along the river– despite the changing London landscape.
As she gears up for the release of her new album, the singer talks spirituality, grieving, and coping with existential dread.
Adrian Fisk recalls documenting the fight in Newbury to prevent the felling of 350 acres of ancient woodland to make a motorway bypass.
A campaign led by ex-torture survivors and refugee organisations has left the Tories with no planes left to carry out their callous scheme.
Photographer Ira Lapu documents the lives of ordinary Ukrainians living amid a brutal conflict.