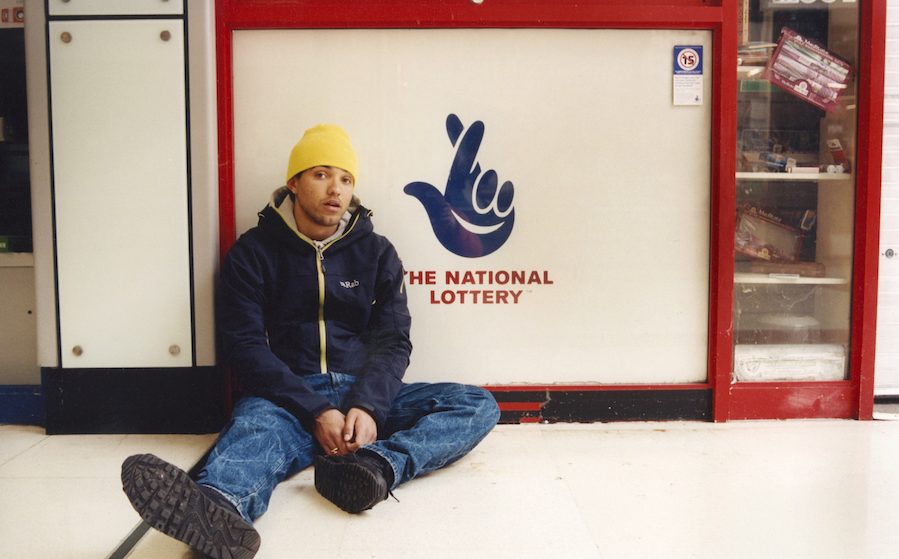 Following the release of his latest album, the rapper talks about finding a new approach to songwriting, attitudes to poverty, and why his music is more than a political statement.

Following the release of his latest album, Universal Credit, the rapper talks about finding a new approach to songwriting, attitudes to poverty, and why his music is more than a political statement.

Born and raised in Walthamstow, East London, Jesse Greenway (AKA Jeshi) built his reputation as one of UK rap’s most unique voices through a trio of enigmatic EPs, starting with 2016’s Pussy Palace. Pairing warped soundscapes with hazy, half-dreamt observations of the world around him, he’d cooked up an abstract formula that was intoxicating, and at times impenetrable. Jeshi’s raps on early cuts, like ‘Delphine’, ‘Let Me Off’ and ‘The World’s Spinning Too Fast’, float in that murky space between the surface and the depths of his psyche.

Then, in the wake of his last EP, Bad Taste (2020), he started to feel a sense of disillusionment over his output. “Sometimes I think you put this disconnect between things you feel and things you think and then the things you write, because you think you need to write in a certain way,” Jeshi tells Huck. “As soon as you let go of that, you just write about what you want to write about. It’s way more authentic.” After letting go of any preconceived ideas about what his music should be like, and diving even deeper into his own lived experience, he’s arrived at his excellent debut album, Universal Credit.

The project is a potent dose of social realism, capturing detailed frames of youth amid austerity, where chaotic all-nighters break up the dull banality of day-to-day struggles. There are the interminable waits on hold to the DWP, corner-shop tinnies and toilet lines of coke after another bad day on claustrophobic opener ‘Sick’, while ‘3210’ describes the nauseating rush of coming up at sunrise on ecstasy pills that taste like cement over a bouncy, pulse-quickening production. There are the deeply personal, vulnerable moments, too: Jeshi pays tribute to the women who raised him on ‘Two Mums’, and hides his pain behind a warm smile for the mother of a murdered school friend on ‘Violence’. Universal Credit is a reflection of the time we are living in, placing Jeshi firmly in the company of the great, autobiographical storytellers of British musicians like Amy Winehouse and Mike Skinner.

Huck caught up with him to discuss the album, the endless possibilities opened up by being vulnerable when writing, attitudes to poverty and more.

In comparison to your previous work, Universal Credit plunges a lot deeper in its themes. It’s deeply and openly personal. What pushed you into that space where you felt able to do that?

A lot of the time when you’re writing music, this ‘autopilot’ thing happens where you’re just creating stuff without much awareness of what you’re actually doing. And I started thinking a lot about what I was saying, and what I think makes great music. For me, it’s when you really feel like you know an artist, because they’re putting their life into their music. That doesn’t have to be painful, horrible things either. It can be everyday stuff too. It’s the little details that make you feel like you know someone. I think it’s easy to talk about surface-level stuff, we can do that all day. It’s harder when you give parts of yourself that you maybe don’t feel as comfortable talking about, but I felt like I owed it to myself. That was my way of elevating things and giving more depth. So it was a conscious decision, and now that switch has flicked in my head, giving the most of myself through the music, is something I’m so aware of.

How did it feel to be in that more open, vulnerable space? Was it daunting? Was it liberating?

To see all these new possibilities of things to talk about lit a fire in me. And when you start really writing about your experiences and the things you feel, it just rises out of you like steam.

While making the album, were there any specific influences or references?

I was listening to loads of stuff, and asking myself why I like certain albums, and questioning what they are doing for me. I landed on Amy Winehouse’s Frank. It’s the way she writes on it, it feels super autobiographical, full of little details. So it was that, and The Streets’ Original Pirate Material, which I think does a similar thing in a different way. Both feel really English too, and really honest. It’s like someone is walking you into their world.

I know you’ve dismissed the idea that Universal Credit is a political statement. But do you think the fact that so many of us are living the kind of life you describe on the album and relate to its themes makes it political?

I’ve thought about this a lot and it’s something I’ve tried to push away from for a while. But actually, you don’t really get to decide what is political and what’s not. These things take on a life of their own. So I think anything that deals with what people are going through is political. I think it would be naive to say it’s not political, even though that wasn’t my intention. 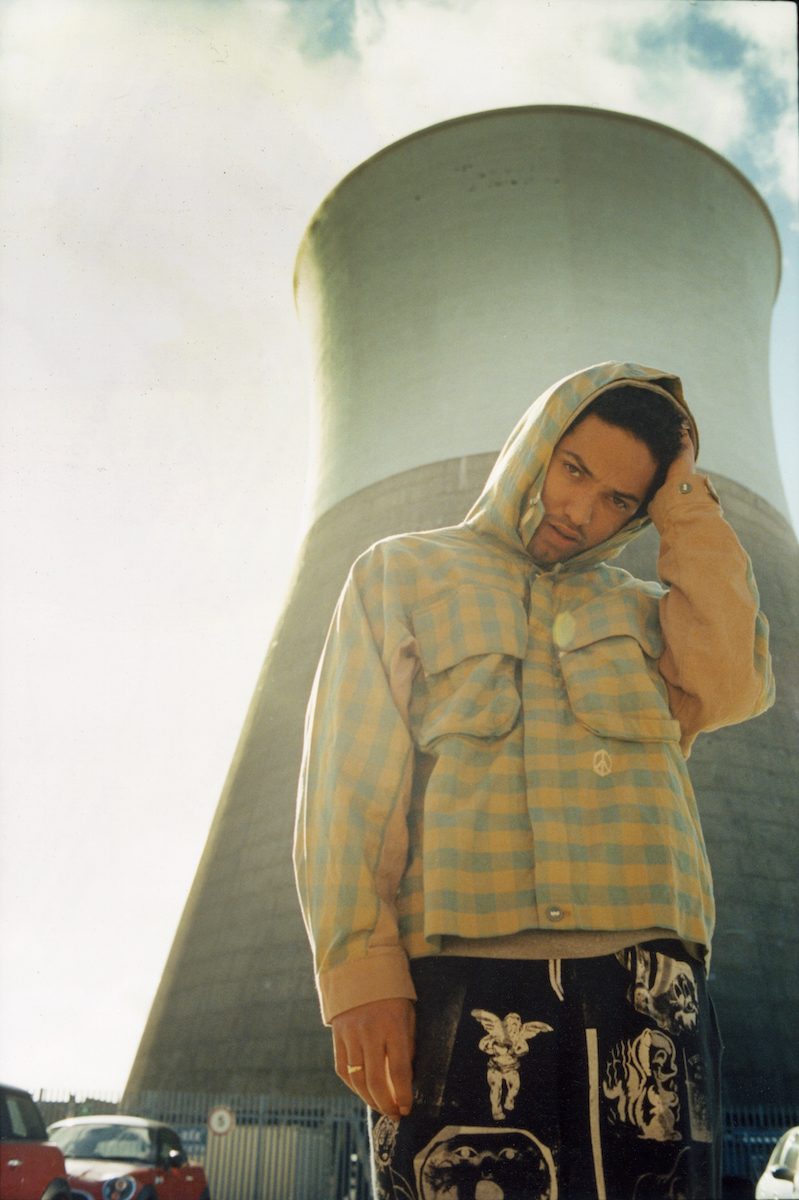 I guess because you’ve had a couple of months for the dust to settle, you’ve been able to reflect on that aspect of the album.

Yeah. And I think I’m a bit of a rebellious little shit, and when people started saying it’s political I was like ‘Fuck you, this ain’t political!’ But I probably would’ve landed there myself, and owned it. I think it comes down to not wanting to be put in a box for a specific thing. Like something can be political but it can still be ignorant, or it can be alternative but still very middle-of-the-road. There’s so much nuance in art and in songwriting that it can be all of these things. So I like the fact that it is political, but it’s not just political.

I agree. There’s space for moments of joy on the album too, and I think that’s what makes it so relatable.

I think the problem I have is everything can become so one-dimensional. But as humans we’re the opposite, we’re lots of things. Some days you might be deep in thought about the cost of living crisis, and some days you wanna just flex and get on it and be with your friends. All of these needs and wants exist in us. I think sometimes, artists get caught up in what their brand is, what their image is. But I’m just me, all of me. And I think that’s what people relate to. I can do a song like ‘Generation’ which talks about how scary it is being young these days, and I can do ‘Another Cigarette’ which talks about going out and doing nos [nitrous oxide] and whatever. But it’s all about balance. I think I owe it to people to give them all sides of me.

Universal Credit is a walkthrough of a young life living in poverty. Like I said, lots of us relate to its themes. But lots of others don’t, and won’t. Do you think there’s a lack of empathy towards people living in poverty in the U.K?

I think at the core of it is that people are selfish, man. People worry about what immediately affects them, which is fucked but I think we all do that, to some extent. But I think there also needs to be a degree of understanding towards other people too. There’s a dismissiveness about people in that situation, like ‘Oh, it’s probably their fault. Let me concentrate on figuring out how to pay less tax this year!’

The media does a great job of making people feel like it’s their fault; everything is so cutthroat, it’s all ‘me, me, me’ because it’s easier to shun someone than to try and understand them and their situation.

Do you think there’s a sense of denial there, too, because the pandemic has shown lots of people are way closer to being in that situation than they probably thought they were?

Yeah. People want to push these things away and pretend they’re not there. Because it makes you think about yourself, it makes you wonder if you’re a good person, or if you should be doing more for other people.

Tell me a bit about growing up in Walthamstow.

I love that place. And this isn’t singular to it, but when I was growing up, I was around people with no money, people with money, Black, white, every creed, every faith, gay, straight. Everything was just so open. I almost feel sorry for people who grow up only seeing people who are like them, who only have experiences with people who are like them. It creates a warped perception of what people are actually like, and makes you look at everyone else like they are alien beings. Also, if you grow up not having much, it’s good to have people around who are in similar situations, so you feel less alone.

What do you think of gentrification’s impact on the area?

My nan lives there, so I go there quite a lot, and it’s mad. Loads of places where I used to hang around are now these massive fucking glass new-builds. I guess at its core, the idea of gentrification is that it makes an area nicer. That should be good. And I’m all for making stuff nicer, like putting in nice parks for the kids and things like that. The problem is it never does that while the prices stay the same. So it’s not about making life better for people. It’s about making more money. 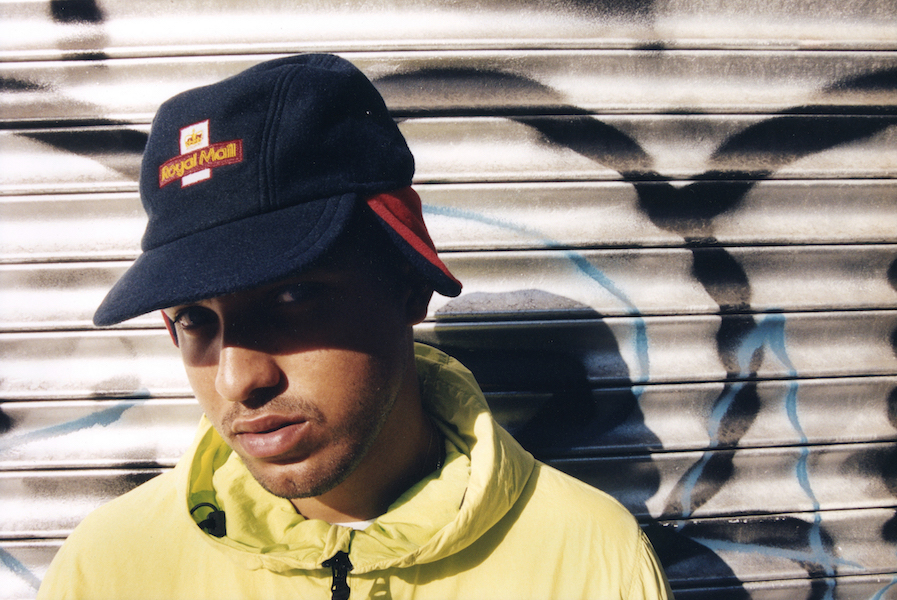 ‘Two Mums’ is an especially vulnerable track, touching on your mum’s battle with addiction. How did you approach writing about such a personal, sensitive subject?

I think when you’re making an album, you have to dig deep. Those experiences make you who you are. Then you start wondering, like, ‘What’s my mum gonna say? What’s my nan gonna say?’ Because you’re telling your truth, but you don’t wanna upset the people you love and care about. That was on my mind a lot, but I felt it’s my truth, and I’d rather do it and speak with them about it after. You don’t want those conversations to impede your writing. She called me a couple of days after and said it meant so much to her, and that it was really beautiful, and super honest.

I think your mum felt the overall message of the song, which is one of love and pride.

Universal Credit is available on most major streaming platforms.

Linkedin
RELATED ARTICLES
OTHER ARTICLES
In his 2008 series, the photographer pictured himself as Angela Davis, Martin Luther King Jr., Malcolm X, and other prominent figures.
Yesterday thousands gathered outside Buckingham Palace after news of the Queen’s death broke.
The two-day long event returned to London this year, showcasing a spectacular parade, steel bands and Caribbean food.
A group of young Palestinians have found temporary freedom in the act of parkour, reimagining wreckage and ruins as a series of high-octane playgrounds.
Financial turmoil is pushing people who work in the sex industry into more dangerous and desperate situations as a means of survival.
Sean Maung’s photos are a love letter to the Black and brown communities that make up New York.