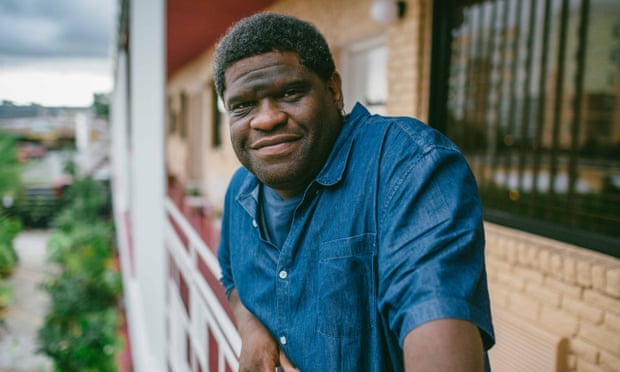 In the latest episode of Joining the Dots, we speak to former Guardian columnist and US correspondent Gary Younge.

In the latest episode of Joining the Dots, we speak to former Guardian columnist and US correspondent Gary Younge after a year of intense racial tensions and change on both sides of the Atlantic.

Over the last three decades, Gary Younge has established himself as one of the most respected and admired names in British journalism. After several years reporting around the world for The Guardian, Younge was appointed as the newspaper’s US correspondent in 2003, a role he would retain for over a decade until his return to the UK in 2015 to take up the position of editor-at-large for the paper. His time in the US took in the end of the Bush era, the emergence of Barrack Obama, and the nascent growth of Trumpism, and Younge’s unique perspective on the state of America as a Black man looking in from the outside has always been in demand.

Earlier this year, Younge announced he would be leaving the Guardian after three decades to take up an academic position with the University of Manchester, but his views on the state of journalism and the British left will continue to be regarded in high esteem which is why we are delighted to have sat down to speak with him as the year came to a close to discuss his life and work.

On trading journalism for academia

“Throughout my journalistic career, I’ve found ways to make myself vulnerable. Which is good. To put yourself in a position where I might make mistakes is what keeps people fresh. There has to be the scope for failure.

I felt that academia would give me the chance to spend longer on a thought. To develop a thought further. One of the things that bugged me about journalism was always having to have something to say. There are things I really don’t miss about journalism. Some of the toxicity. There’s a lot of performance and grandstanding amongst the commentariat.”

“If you’re black and growing up in a place where there are very few other black people, you are forced to learn to navigate the white world. That doesn’t make Lewis Hamilton drive faster, or put Shakespeare in Giles Terera’s heart, it doesn’t explain why Ashley Young can curl a ball the way he can. But what it does do is mean that in those moments when they are the only black person in a room – and there are a lot of those moments – you’ve been there before and you can negotiate it.”

On what a decade in America taught him

“I remember having a revelation at one point, realising this is a settler state. They may have passed civil rights legislation but there’s a significant group of people still angry about that. It’s a lot more like South Africa as a nation than it is France or Germany.

“In America, there is a belief that each year will be better than the last, that your children will have it better than you. In the UK there’s more of an acceptance that our best days may be behind us. But now, things are calcifying and rotting. Wages have been stagnant since the 70s. They’ll vote for whoever promises to shake things up.”

On why he remains hopeful

“I’m a product of a hopeful disposition. Growing up in Stevenage with a single mother and two brothers. There was a sense of hope in my mum that she passed down to me that I would have a better life than her… I was born and raised with a hopeful mindset which chimes with my politics. Despite everything I have to remain hopeful in people.”

Linkedin
RELATED ARTICLES
OTHER ARTICLES
At his West Bank restaurant, Fadi Kattan established himself as the voice of modern Palestinian cuisine. Now, he’s bringing his innovative, bold flavours to the UK’s capital.
Since 2007, Gideon Mendel has made 20 trips to document floods in 13 countries. The result is an alarming record of what has already been lost to the climate emergency.
A new film from Berghaus traces the story of Adam Raja, who left behind a turbulent upbringing to discover the healing power of climbing.
A new law change is enabling Britain’s donor-conceived children to know the truth about their origins – but campaigners say the fertility industry must do more to protect people.
As she gears up for the release of her first book, the 24-year-old climate activist talks standing up to authority and building a more inclusive movement.
Activists and campaigners are fighting back against new laws that would seriously undermine the ability to take industrial action, calling it an attack on fundamental workers' rights.