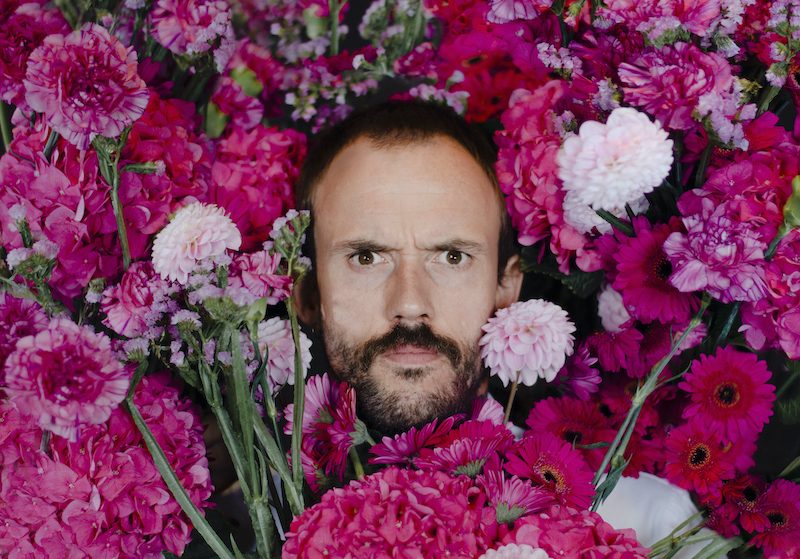 In the latest episode of Joining the Dots, we bring together Nick Waplington with IDLES frontman Joe Talbot.

In the latest episode of Joining the Dots, we bring together artist Nick Waplington and IDLES frontman Joe Talbot to talk art and creativity.

In the 1990s, Nick Waplington cemented his place as one of England’s great modern artists with era-defining photographic projects like Living Room and Safety in Numbers. Since then Nick has produced a huge body of work and in 2015 he became the first photographer to command a solo show at the Tate with Working Process, a set of pictures he made in collaboration with Alexander McQueen.

Joe Talbot meanwhile is the totemic frontman of British rock band IDLES. Born in Newport in 1984, Talbot’s passionately delivered lyrics deconstruct multiple aspects of contemporary culture, drawing the crosshairs on 21st century Britain’s retrogressive tendencies. Having recently released their third album Ultramono, IDLES are buzzing with the cult adulation of a devoted fanbase who benefits from the band’s death-or-glory attitude to live performance.

Nick and Joe aren’t at first the most likely people you’d think to bring together to record a podcast, but that’s just what we did for the latest episode of Joining the Dots as we meet in Nick’s Studio in Hackney Wick on the day that the Notting Hill Carnival should have been peaking.

Nick Waplington on failing in public

“I think I have always been fairly confident about what I do. I am happy to fail, and in public, if that is going to enable me to continue and get to somewhere else. Very few artists I know have kept trying to change things and keep it dynamic. And that for me has always been the drive. I am excited every day to get up and make work again because I am always moving the goalposts.”

Joe Talbot on learning to play

Nick Waplington on the power of ugly

“The work that I make often is quite ugly and brutal when I make it to most people, but ultimately it is the ugly and brutal work that survives. If you think about the early 80s, the bands that the major labels were promoting at that period, who knows who any of them are now? But all the indie bands like Joy Division, everyone is still interested in those bands.”

Joe Talbot on honing his craft

“I have just kept my head down and worked on my craft, until it wasn’t a craft anymore, and it becomes an art. I think it is just starting to transition into an art form now, I am starting to speak it properly. I want to be in love with what I do until I die, and that is it.”

Nick Waplington on the moments he lives for

“Often you can be painting for months and the work is shit, but you are trying to go somewhere new. Then something happens and you get a breakthrough. These are the moments that I live for.”

Joe Talbot on the beauty of the broken

“For me, the most interesting and beautiful people are the broken ones. I like realism. I think that is what we are trying to bring out, the mundanity of everyday life to see the beauty of people.”

Ultramono, the new album from IDLES is out now on Partisan.

Linkedin
RELATED ARTICLES
OTHER ARTICLES
A campaign led by ex-torture survivors and refugee organisations has left the Tories with no planes left to carry out their callous scheme.
The Egyptian government are continuing the repressive mistreatment of environmental campaigners.
A new exhibition brings together 150 works by twelve photographers, offering mesmerising and intimate depictions of life.
Photographer Ira Lapu documents the lives of ordinary Ukrainians living amid a brutal conflict.
The hate Just Stop Oil faced after throwing soup over a Van Gough painting has been immense. Here, they explain why it won’t deter them.
The photographer reflects on a decade which saw the rise of MTV and the flourishing of new genres.