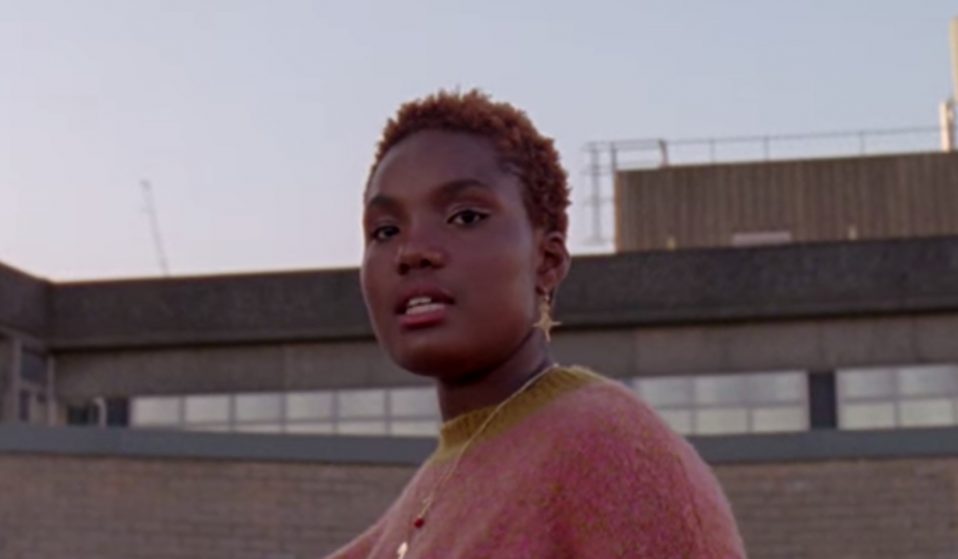 19-year-old West London singer-songwriter Arlo Parks writes beautifully melodic, incisively poetic music that evokes the complex longings of generation Z. Subject matter ranges from mental health struggles and ambiguous relationships to the confusions invoked by social media saturation. Signed to open-minded indie label Transgressive, in the last few weeks of London’s Lockdown she has been using her time to craft a debut album. “The label has really given me the space to do what I want to do,” she says.“It’s nice to have a deadline, something to work towards.” On the latest episode of our Joining The Dots podcast, Arlo Parks shares with us how she has built a sense of community through music.

“By nature, I am an observant person. I look at the lives of the people around me and pay attention to what’s going on with them. I definitely have the urge to tell stories. I think from reading a lot and honing my voice and learning to be concise I’ve always been interested in creating imagery. Wherever I am has happened because of practice. I do it pretty much every day. With that has come a level of knowing myself and a certain level of being able to communicate how I’m feeling.”

“I just finished reading Giovanni’s Room by James Baldwin. I found it very tender and beautiful. And I loved the exploration of Paris, as that’s where my mum grew up. I’m also reading a lot of philosophy. My brother gave me a guide to existentialist philosophy, which I think is [quite relevant] to the situation we’re in. I have been reading a lot more lately.”

On being an outsider

“My mum is half French and half Chadian, and my dad is Nigerian. I grew up in West London, and have lived in the same house all my life. When I was younger I took refuge in writing, and I think that made me gain confidence and helped me process things. The school that I went to I was one of only three other Black people, so I always felt a bit of an outsider there, too. As I got older I focused on that a little bit less and tried just to not fit into the mould – I became comfortable in myself.”

“Things like YouTube have meant that I have had access to all sorts of older music. There’s old tapes of Nirvana playing live, interviews of artists and poets and authors that were alive a long time before I was. It allowed me to access a whole universe of information creatively that maybe I wouldn’t have if I didn’t have the internet.”

“It feels to me as if I’ve been working for a while. There is an element of luck to it. I like to think it’s because I’m making music that is honest and genuine, and that people can see that. Maybe that’s naive. Maybe it’s just the universe. The songs I’ve recorded have been cut in bedrooms, living rooms and Airbnbs – I haven’t been given millions of pounds and these sick studios. It has just been me figuring it out. It’s definitely a DIY story.”

Listen to Joining the Dots on acast, Spotify, iTunes, or wherever you get your podcasts and be sure to subscribe to get each new episode delivered straight to your feed.

Linkedin
RELATED ARTICLES
OTHER ARTICLES
Students are being left to languish in unsafe housing, in some cases leading to serious health complications.
With the Women’s Euros in full swing, last week saw glorious, sweaty celebrations take place in a dedicated, safe space for female and non-binary fans.
The author discusses her new memoir, which offers a sobering reflection on the racism and otherness she’s experienced along with a joyful celebration of her culinary heritage.
Photographer Bud Glick recounts documenting everyday life in the area, and what it taught him about the Chinese immigrant experience.
With the virus now a global health emergency, we must take steps to fight misinformation and demand a swift UK-wide vaccine roll out, writes Phil Samba.
Yesterday, rail workers came together to protest poor pay, working conditions and job cuts in their latest round of strikes.