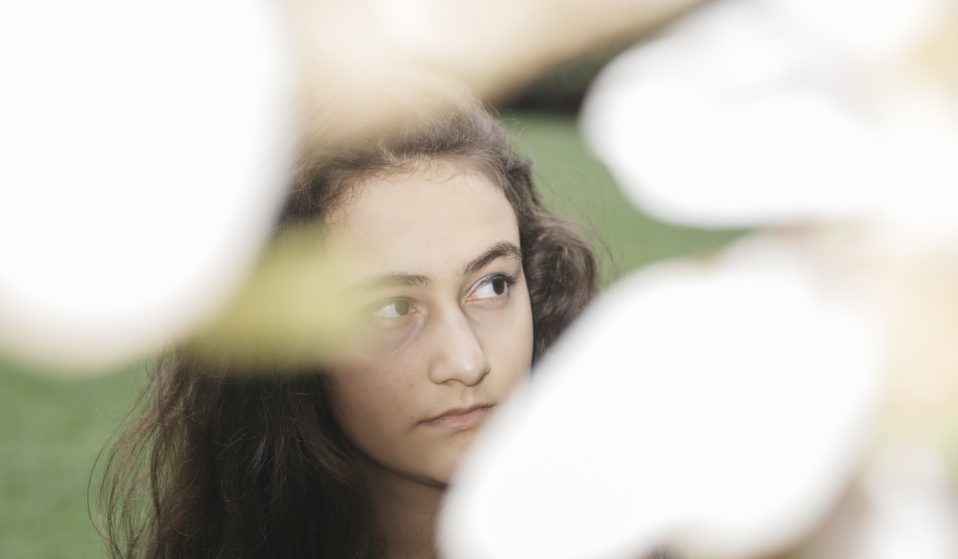 In the latest episode of Joining the Dots, we talk to climate activist Jamie Margolin about growing up in Trump's America.

Joining The Dots is a Huck podcast. In the latest episode, we talk to climate activist Jamie Margolin about growing up in Trump's America.

At the age of just eighteen Jamie Margolin has already had quite the impact. The Seattle-based activist is the co-founder of Zero Hour, an organisation for youth to organise against the lack of action being taken by officials across the world in the face of the climate crisis, and last year was one of a number of plaintiffs involved in suing Governor Jay Inslee and the State of Washington over carbon emissions in the state.

Jamie’s writing on the climate crisis has appeared on CNN and HuffPost and now she is releasing a book, Youth to Power: The Power of Your Voice and How to Use It. The book is a guide to making change aimed at her contemporaries, the much-courted Generation Z. Jamie writes about those around her, at once empowered and embattled by social media, constantly negotiating burnout, exhaustion and cynicism. But she also speaks of their ability to harness anger as an energy — a force that, used correctly, can motor tangible change.

In our latest episode of the Joining the Dots podcast, Jamie joins us to discuss growing up a climate activity in Trump’s America, all the while a concerned parent hovers off-camera insisting that it’s time for lights out. It is, after all, the early hours in the Pacific Northwest.

On The Power of Your Voice and How to Use It

“The book is a guide to being a young organiser for any cause. It’s the guide book I would have given my younger self when she was starting to get involved, trying to organise and be an activist, and trying to take the action where I could… It was definitely an unconventional book releasing experience. There was no tour that we had planned or anything, because of Coronavirus, and then also it came out during a time of mass protest, where I live and all over the world. So I had to be very mindful and respectful of that as well. It has been very unconventional, but I am really glad that I have put it out into the world.”

On growing up in a time of perpetual crisis

“There has never been a time in my life where it didn’t feel like there was a crisis, but there was definitely a time where it didn’t feel so terrifyingly urgent. Right now it just feels like disaster after disaster, after disaster, after disaster. In my personal experience, there has always been urgency on the climate crisis.  I was never under the illusion that everything was ok. But the result of the 2016 American election… it was an absolute trash fire that really flung me into the political atmosphere.  I have been non-stop advocating for justice ever since.”

On Generation Z and burnout

“My generation definitely has a lot of anger, but I think we also have a lot of exhaustion and burn out. We receive a constant influx of bad news. You scroll through Twitter, and there is bad news, bad news, bad news, a video of this, a personal account of this. But obviously this is also such an amazing tool to create change and organise protests… We are angry but we are also exhausted… I feel like our generation is inheriting the culmination of so many issues that have been going on for so long.”

On being an ‘American Teenager’

“I never really was an American teenager. Obviously I am American, and I was born in this country, but my experience is different from the typical White Anglo Saxon Protestant teenagers you see on TV. Also I just never had that care-free, idealistic attitude, I have just been working really hard all the time. Climate change and all the activism that I have done has robbed a lot from me, but also the Coronavirus. Coronavirus made it so that I didn’t even have a graduation ceremony or a Prom.”

“Americans don’t pay attention to other countries’ politics. There are many American politicians who brag about having never left the country, or speaking one language as if being ignorant to the world around you and only having one language and all these things is something to be proud of. This exceptionalism… it’s almost like a cult.”

You can find out more about Jamie’s work by following her on Twitter and Instagram. Youth to Power: The Power of Your Voice and How to Use It is available to buy now.

Linkedin
RELATED ARTICLES
OTHER ARTICLES
Cindy Campbell recounts how her brother ushered in a new era of musical culture at a party she held in the Bronx in ‘70s.
Yesterday thousands gathered outside Buckingham Palace after news of the Queen’s death broke.
A 37-year-old woman shares how her abortion led her to become a clinic worker, and the abuse she’s received in that role.
For over a decade, gamblers have won big by employing people to place live bets from the court. But does this dubious method still work?
The idea that a younger generation is abandoning work has become a popular narrative online, but it doesn’t necessarily reflect reality.
Rhiannon Adam spent three months capturing an ageing society wracked by division, isolation, and the aftermath of scandal.