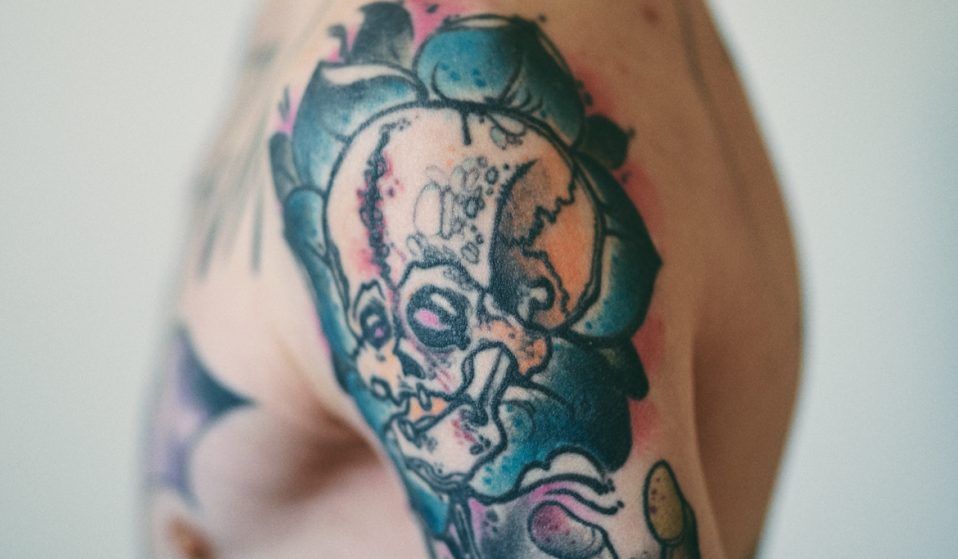 Josh Peacock tagged the streets, dealing weed on the side, until heroin upended his life. Now he has reinvented himself as a different kind of artist.

As OBE1, Josh Peacock tagged the streets of Cambridge and dealt weed on the side. Then heroin and homelessness upended his life. But through the healing power of tattoos, he has reinvented himself as a different kind of artist.

During a rainstorm in London’s Hyde Park, standing beneath an umbrella that’s balanced on the low branches of a tree, Josh Peacock is rolling a cigarette and reflecting on the mortality of tattoo art.

“When you grow up with graffiti, you get used to the idea of art walking out of your life. But it’s horrible when people die on you. A friend died recently, and I’d done loads [of tattoos] on him. It’s like an extra layer of pain: you remember the tattoos and how much they meant to him. It kind of kicks you in the gonads a second time.”

Our paths first crossed in Cambridge in the late 1990s. I was an English undergrad; he was a local graffiti artist who had grown up in the suburbs and dropped out of a fine art course at nearby Anglia Polytechnic. He was living in town at the time, spraying the inside of skate shops and record stores under the tag ‘OBE1’, selling weed on the side. 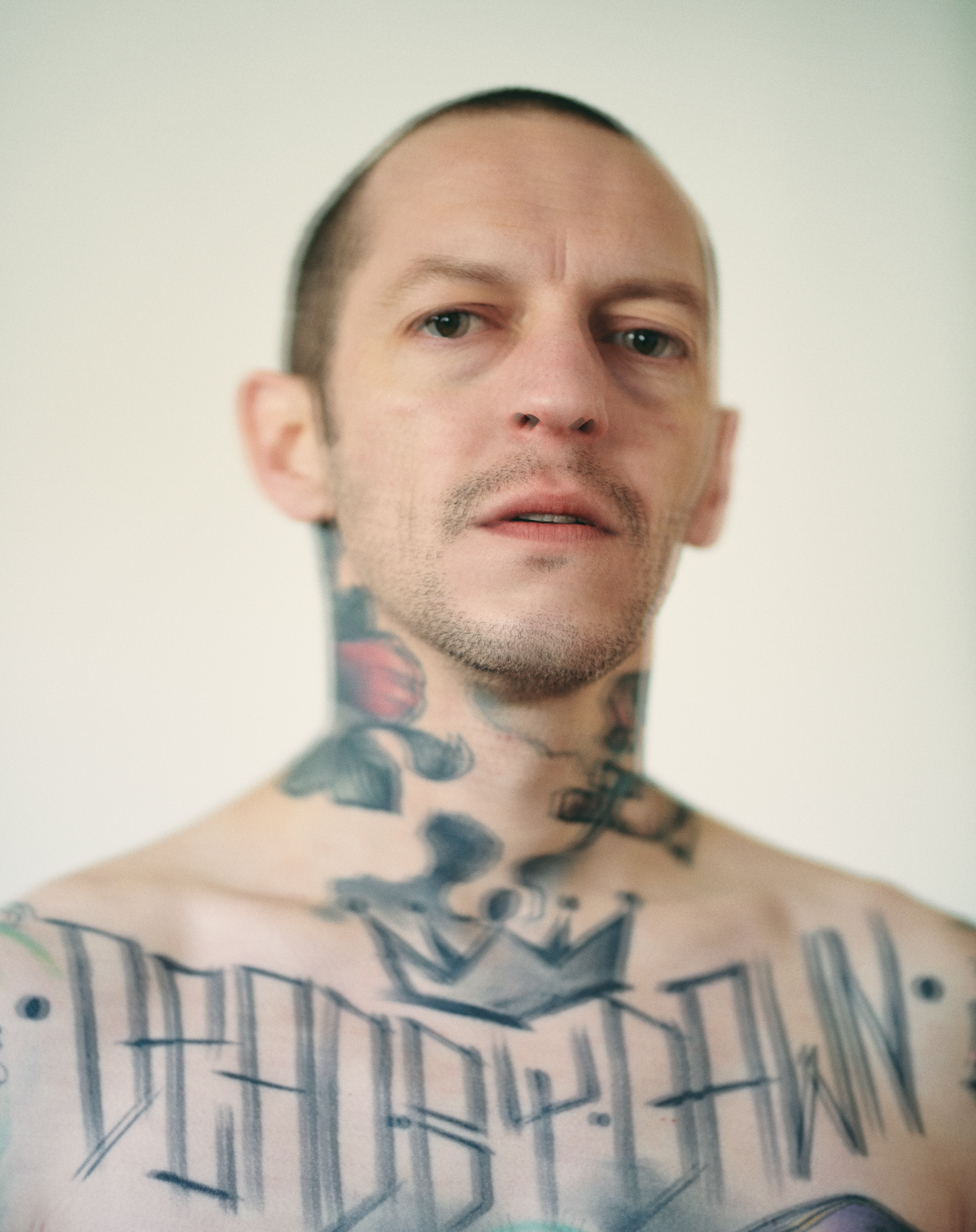 Josh recalls with a grin how Cambridge students loved him. “I was much more approachable than the other maniacs and hard men that were trying to sell them stuff. I was shorter and thinner than them for a start, plus I was polite. It used to annoy me when uni people referred to me as a ‘rudeboy’ because I was always on my best behaviour.”

Josh was smart and kind, streetwise and darkly funny. We spent many hours at mine watching skate videos and listening to drum‘n’bass records, weighing up the merits of various basslines and 360 flips.

I knew he was using heroin. There were a couple of times in my final year when he asked if he could smoke it in my room, which I agreed to, though it saddened me to watch him nodding off afterwards.

Josh had first tried heroin accidentally, when someone at a squat party had passed around a joint without telling anyone that it was loaded with smack. “Most noticeably, I didn’t die instantly. I thought, ‘So like all the other drug awareness programs, this one has been a lie.’” 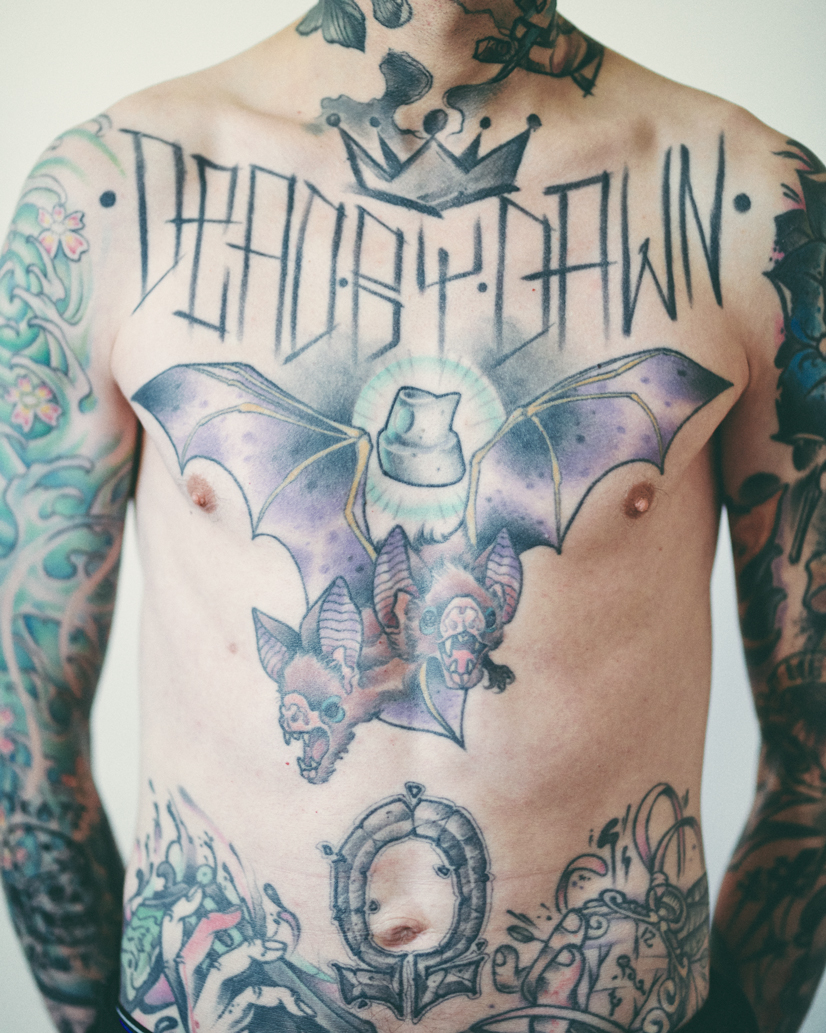 Before long Josh was smoking it occasionally, then regularly. He shredded his throat inhaling aluminium from burning tinfoil, but remained convinced that the habit was under control. Until one day, when it wasn’t.

“People generally cross the border into heroin addiction because of a traumatic event. For me, it was heartbreak. I broke up with someone I thought I was going to spend the rest of my life with and started taking heroin to deal with the pain. Then it was like I blinked and suddenly I didn’t have anywhere to live.”

In 2001, I returned to Cambridge to visit a friend and saw Josh selling The Big Issue outside a Sainsbury’s. We embraced like nothing had happened, but he looked in bad shape. This would be the first of eight years Josh spent living on the streets in Cambridge and London, using heroin full-time, watching friends die of overdoses.

“It’s strange: there was an element of freedom that came from fucking up that hard and there were always bits of me still going on. I had friends who accepted how I was and tried to include me in stuff, at least to begin with. But things got dark pretty quickly.” 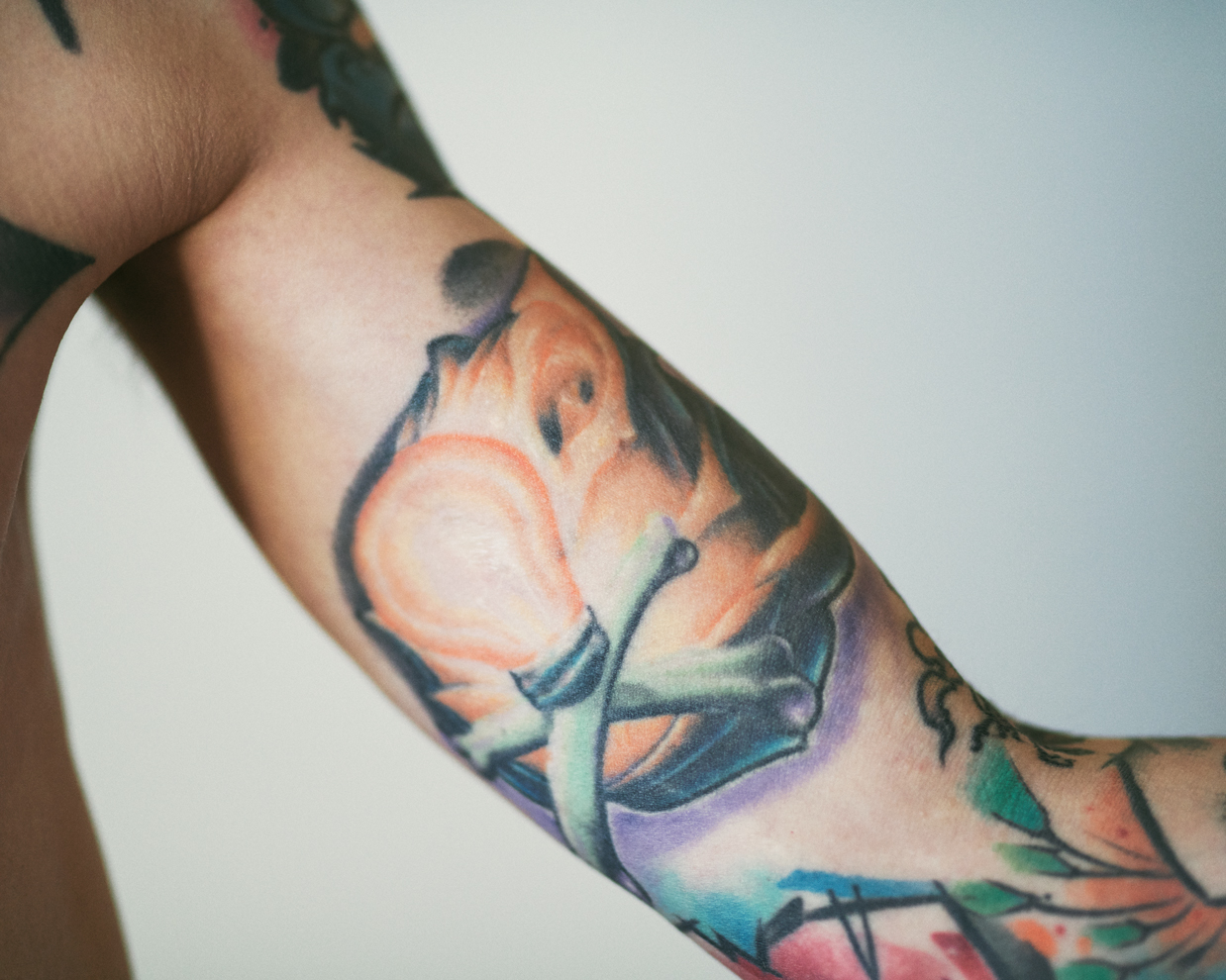 Josh began associating with gang types, some of whom trusted him for the same reason Cambridge students had. They knew he wanted nothing to do with violence or “gangy shit”, but respected him as someone who could think outside the box and occasionally be used as a “problem solver”.

By 2007, Josh’s body was starting to shut down. He’d seen enough to know that amputation or death was the next logical step. But in the end, his main reason for getting off heroin was the people. “I hated the company I’d fallen into. The odds were too overwhelming: too many dickheads per nice person.”

There were countless forks in the road, but one finally led back to the Cambridgeshire village he’d grown up in, where he got clean aided by methadone and a tactical use of marijuana. 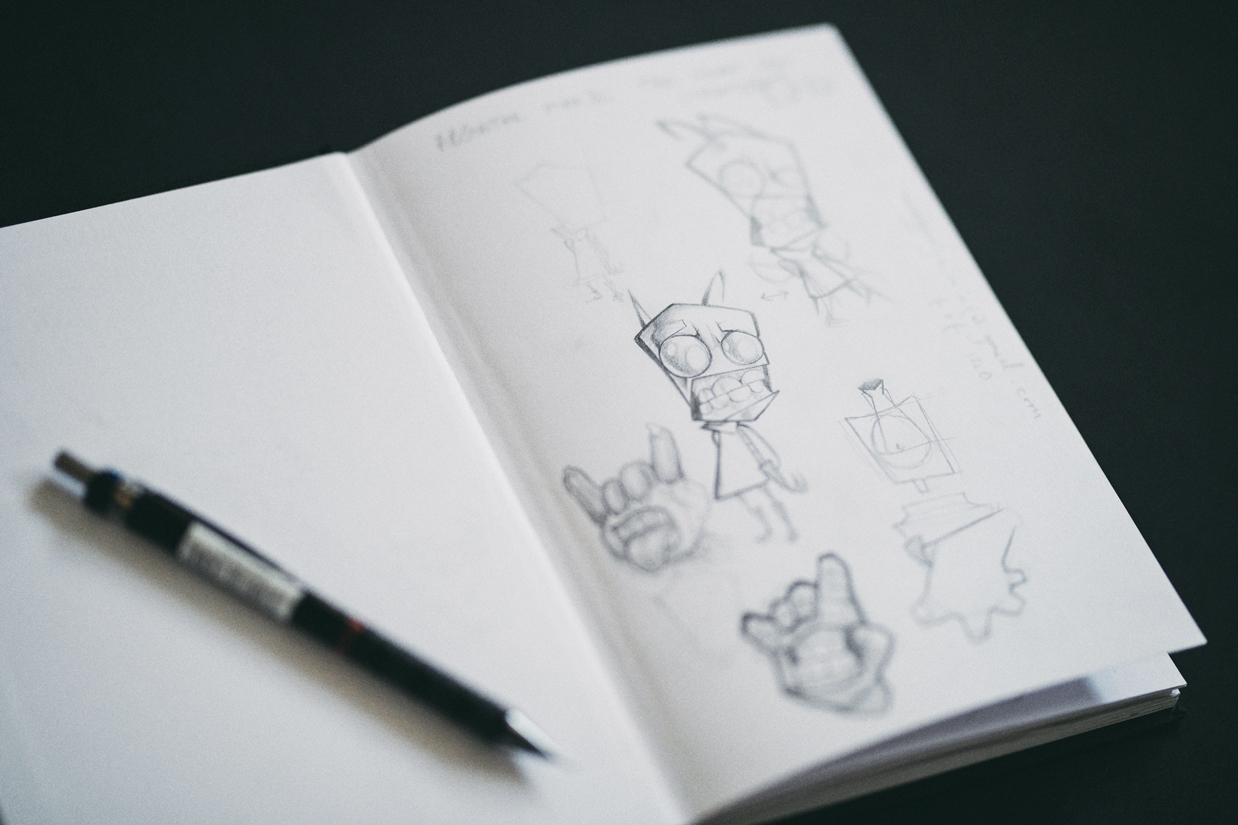 Josh never stopped sketching during his years on the streets – a pencil and notebook kept him sane at his lowest points – but now he found himself making a cautious return to graffiti and entering competitions, even winning some of them.

At the same time, he started getting tattoos to cover scars on his arms, noticing that the ink seemed to help the skin heal faster. He quickly sensed an opportunity, putting down the spray can and picking up a new sort of needle.

In 2010, he began an apprenticeship at Eternal Art in Chelmsford before going on to find work at studios in and around Cambridge. Word spread and he was soon being celebrated at conventions and competitions, ferried to guest spots at studios around Europe, tattooing the occasional celebrity (his work adorns two members of the Deftones). 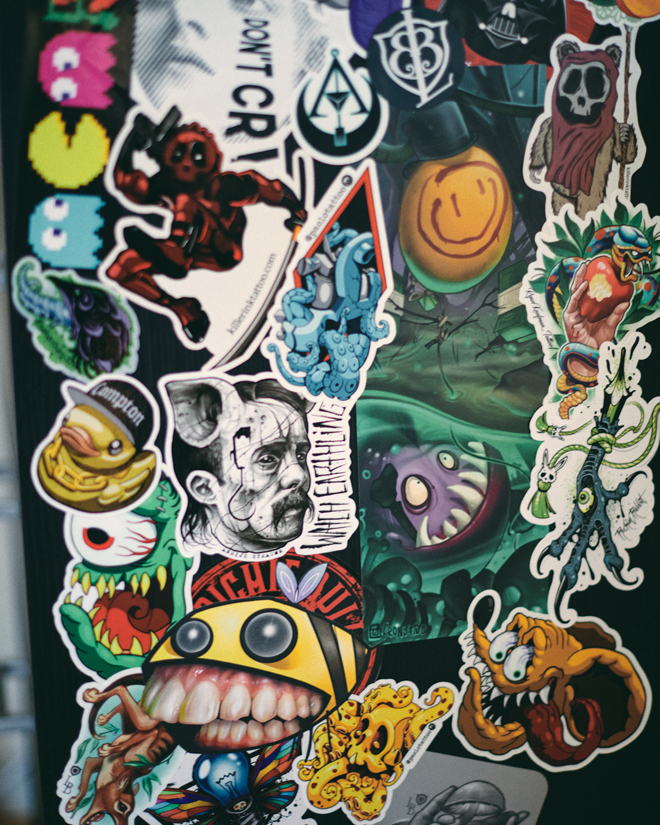 In 2017, when he began uploading Instagram snaps of his ‘critter’ designs – cutesy creatures with hideous human teeth – he started getting a lot of love online.

That was when we got back in touch, meeting for the first time in over 15 years at a café in Cambridge. Josh was skinnier than I remembered, and covered in tattoos, but he looked well.

His warmth and wit was undiminished; he still smiled and hugged a lot, still smoked and swore like a trooper, still appeared to live on cake alone. We began meeting regularly, resuming a conversation about art that had been on hold for all those years.

Despite the rise of social media, Josh still tends to talk about his work in terms of its physical reality, something in which he sees plenty of parallels with graffiti.

His tattoo art is clearly indebted to his graffiti days. There’s the same cartoonish horror – he likens his imaginary world to an acid comedown – and the same atomisation of forms and debasement of icons. (He has depicted characters from The Simpsons as toothless addicts, for instance, and a zombie Kurt Cobain wielding a shotgun.)

Josh is having fun, but he’s also aware that tattoo art – like graffiti – is about dismantling culture as dictated from above, flipping a middle finger to sacred cows and copyright law. 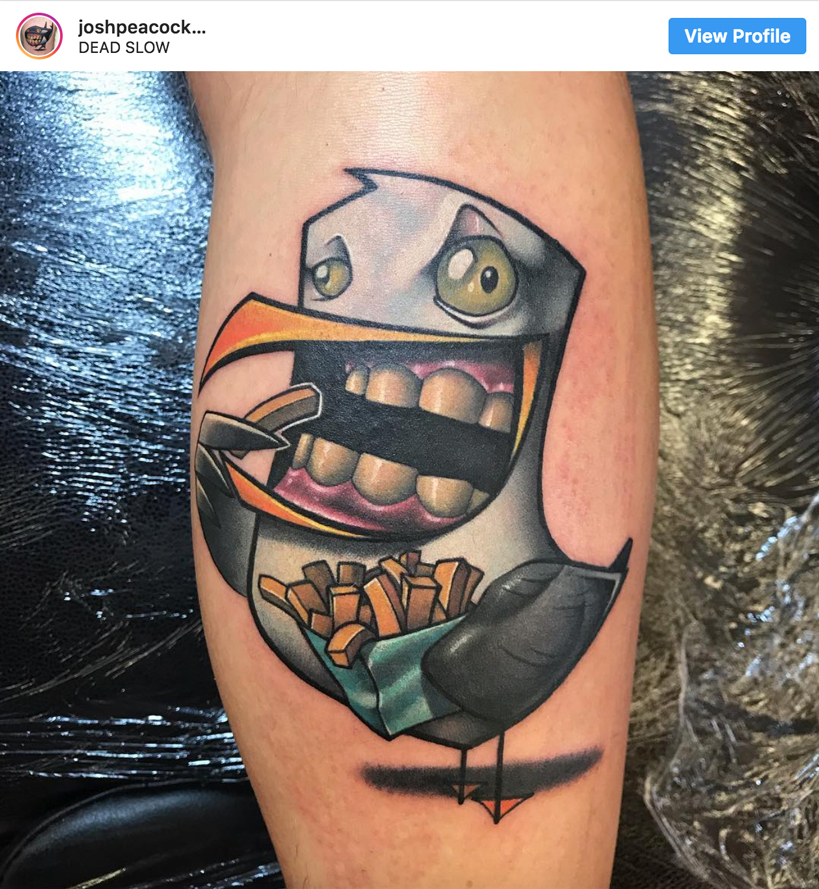 “I recently had someone send me a link to a finger skateboard that had one of my graffiti pieces on it. People were saying, ‘Right, you need to send a cease-and-desist letter, get in touch with a lawyer, blah blah blah.’ I thought, ‘What’s wrong with you? It’s on boards that kids will see. I don’t want them to cease and desist anything.’”

Beneath the tree in Hyde Park, rain still drumming overhead, Josh pauses to relight his rollie. He says that he gets down sometimes on the popularisation of tattooing, which he sees as having dragged an underground culture “kicking and screaming into the mainstream, diluting it until it’s socially acceptable”. At the same time, he knows how lucky he is.

“There’s so much misery out there, but I get to meet people who want to look at their skin and smile. As a tattoo artist, they’re trusting you to scar them permanently with art that’s come from your mind… and that’s the biggest compliment out there.”

Whatsapp
RELATED ARTICLES
OTHER ARTICLES
Photographer Weegee would spend his nights roaming the city, documenting its secrets, subcultures and forgotten inhabitants.
The city has changed immeasurably during the coronavirus crisis, with the future more uncertain than ever.
In the first instalment of a new series supporting locked-down artists, Miranda Smart shares how her work evokes the world outside her window.
Brazil’s former vice-presidential candidate Sonia Guajajara calls for urgent environmental action amid the existential threat posed by the coronavirus.
In a new series, produced in partnership with Squarespace, we spotlight real-life artists and makers as they adapt to life under lockdown.
With Native American history almost entirely excluded from the US curriculum, a group of illustrators are rewriting the narrative.