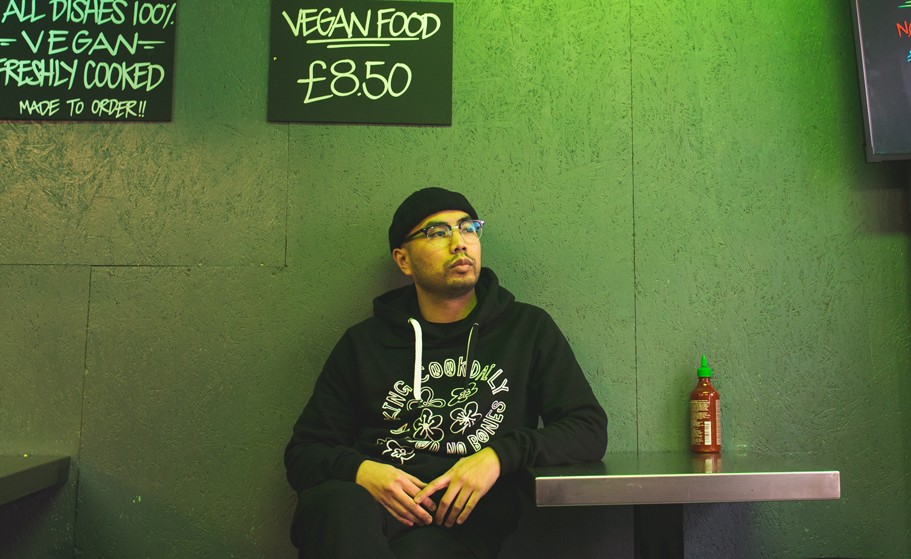 As a high-end chef slogging through 18-hour shifts, Bounsou Senathit was on the fast-track to burn out. Then he got stabbed on the streets of East London, forcing him to start over. Now he’s leading a vegan revolution.

At a pair of converted shipping containers in Shoreditch, East London, queues are snaking out the door of CookDaily – a vegan restaurant that’s as unconventional as it is unlikely. Between the graffiti-adorned walls, old-school arcade machines and brightly coloured bowls of fusion food stands the mastermind behind it all: King Cook. Born Bounsou Senathit and raised in London, King’s parents cooked Thai food in pub kitchens across the city, where he’d help them out after school.

“Coming from a South-East Asian background, food was a big part of our culture,” says King, dressed in all-black with a rolled-up beanie hat, as a packed-out lunch service gets underway. “I had a mature palette as a young’un – eating spicy food at five years old, eating fresh chillies at seven years old like an old Thai man. I just got stuck in and loved it.”

At 16, King left school for a stint at catering college. A whirlwind tour of top-tier kitchens soon followed, from five-star hotels to Gordon Ramsay’s Michelin-starred Petrus, where gruelling 18-hour shifts became the norm. “I was in deep – a bit snobby, almost,” he admits. “I couldn’t eat pizza or pasta without red wine. That’s how bad it was!” 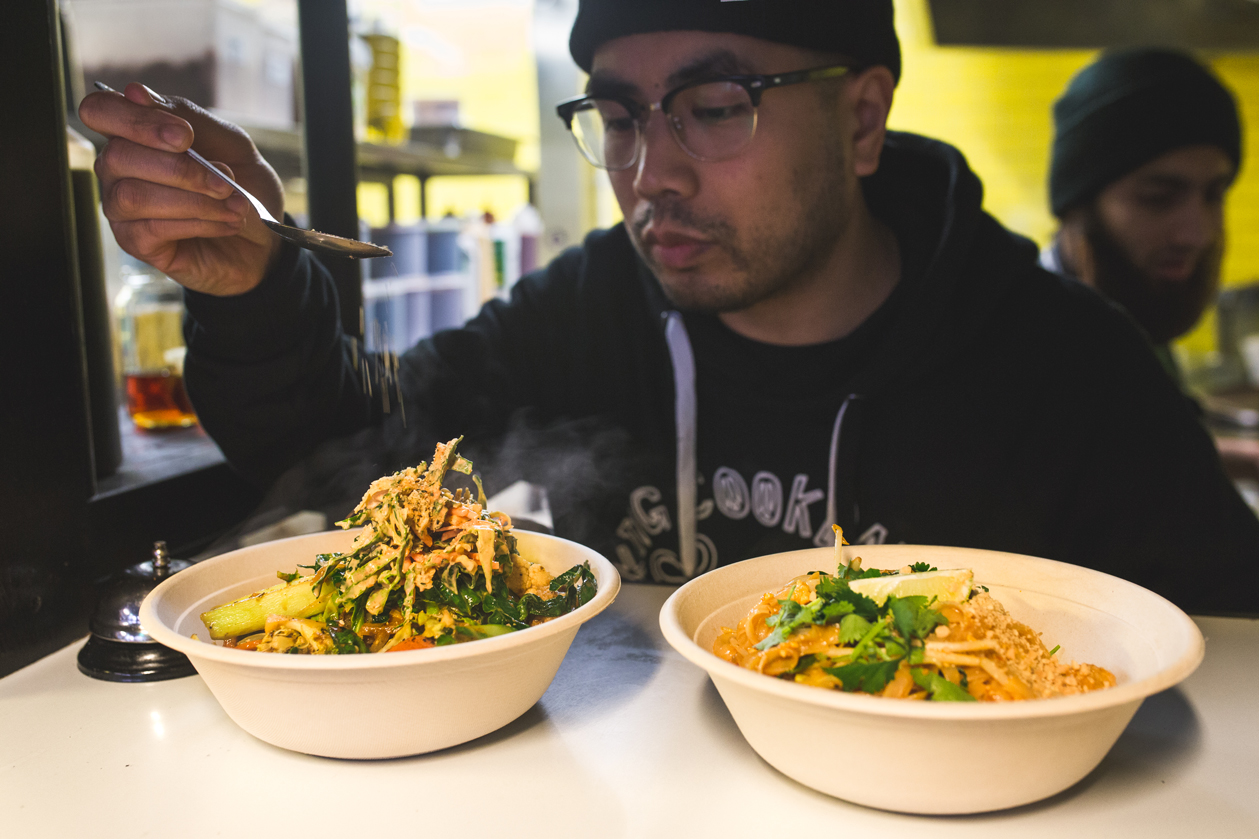 In his late 20s, however, King hit a wall. Wrapped up in “bullshit beef” on the streets of East London, with the strain of his job weighing heavily, the chef was jumped walking home one night and stabbed six times. Realising something had to change, he moved to Spain and recalibrated.

A year later, he married his childhood sweetheart, returned to London and rediscovered Buddhism. But he struggled to find balance in his meditation and approached the elders at the London Buddhist Centre for help. They broke it down for him with a simple solution: adopt a more holistic view of spirituality and give up meat. “I mean, think about it: how can I have a clear meditation, eat some dead chicken and then try to be this spiritual person?” he says now.

King soon took up a spot at the Michelin-recommended vegetarian restaurant Vanilla Black, where the kitchen felt “less stressful, more zen”. Five years into being meat-free, he decided to cut out all animal products and launch his own vegan enterprise. But King struggled to spot a natural space for himself in a then-fledgling industry rife with stereotypes. 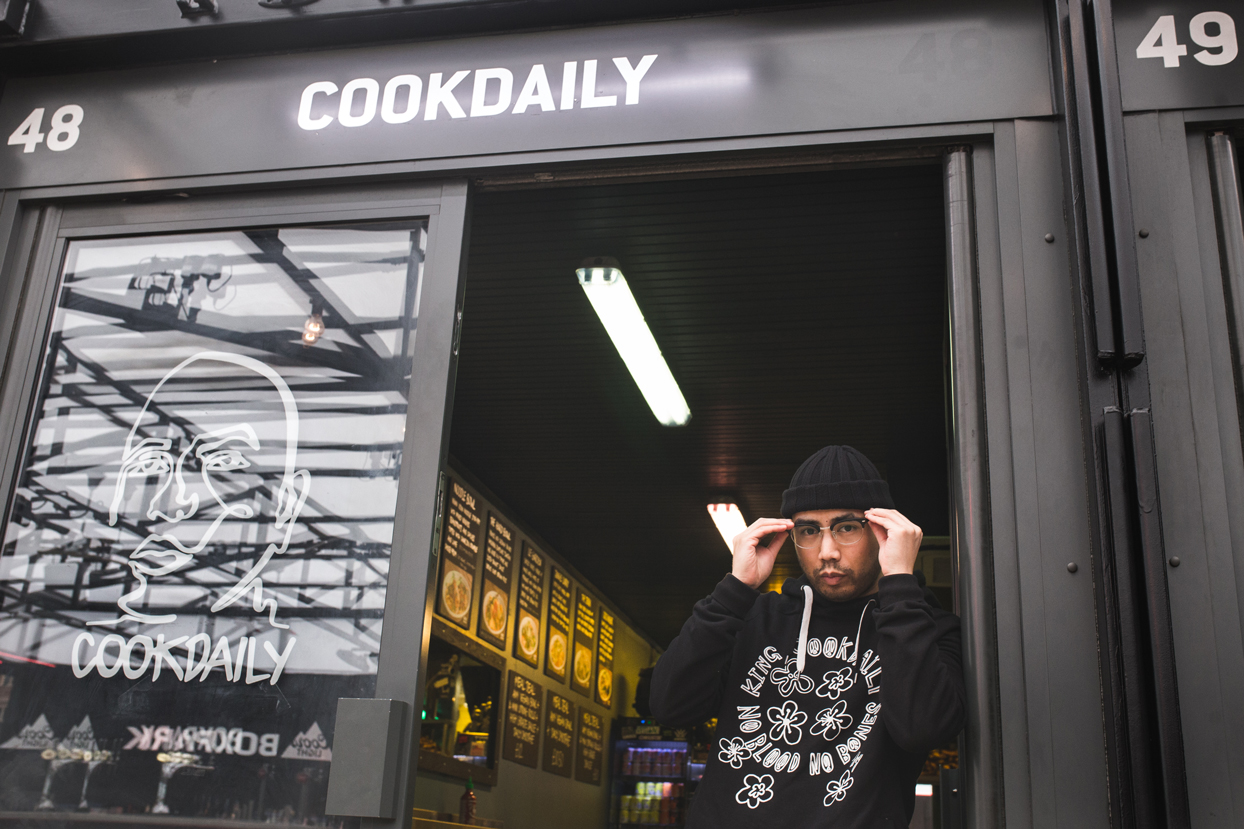 “I thought, ‘Do I really fit into this healthy, raw-juice world?’ No, that belongs in Notting Hill. ‘Do I appeal to the yoga mummies?’ You know what? Fuck that, man. I’m gonna play grime, I’m gonna have graffiti all over the place, I’m gonna have handwritten menus and I’m gonna do things our way. Doing that and sticking by it, I’ve created my own name.”

King still shares images of himself handling meat on social media but, he explains, it’s part of a big-picture strategy. “How can I speak to a meat-eater if I’ve never eaten meat? How can I try to convince them that this is the wrong thing to do, or that there’s a better way? I just show them the picture, [as if to say] – ‘I used to be more hardcore than you.’

“That’s when they think, ‘Oh yeah, shit, okay – if King can do it, I can do it.’ I used to get excuses before. ‘Oh, my parents are from Greece’ or ‘My parents are African,’” King goes on. “Look mate, we’re South-East Asian. You eat cow? We eat cow’s cock,” he says with a cackle. “I respect tradition and culture, but I’m not a slave to it.” 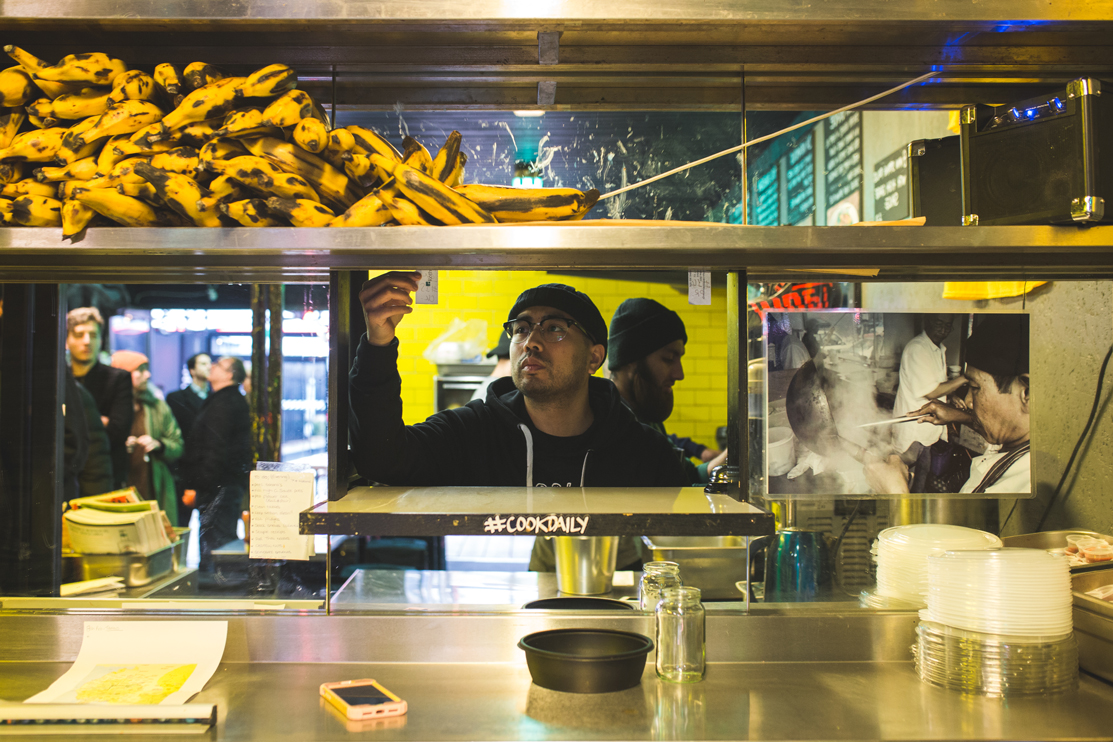 Today King Cook has become a dominant force in the capital’s vegan revolution. In person, the 34-year-old wields a commanding presence, rarely breaking eye-contact and talking with the resolve of someone who knows what they’re doing. It’s part of what enables him to connect with people who rarely venture beyond local chicken shops or fast food franchises – people like grime star JME, who’s gone from eating three McDonald’s meals a day to being a CookDaily regular.

“I’m turning people from the ’hood vegan,” King says, gesturing over his shoulder at the bowls of chopped veggies, noodles, rice and quinoa ready to mop up his signature hemp-infused BBQ dressing. “Times are changing; people are realising that vegan food is not about white men with dreadlocks – it’s for everyone now. It’s taking over the world; it’s gonna be normal.”

Linkedin
RELATED ARTICLES
OTHER ARTICLES
Yesterday, rail workers came together to protest poor pay, working conditions and job cuts in their latest round of strikes.
In the latest instalment of Photographers in Conversation, the creator talks portraiture, platforms and taking inspiration from Little Simz.
As the Criminal Bar Association enters its fifth week of action, criminal barrister Russel Fraser explains why the legal professionals have walked out and how action is likely to escalate.
A new series of photos by Johny Pitts shines a light on communities and subcultures that have all too often been overlooked.
Steel City is often overlooked when it comes to the country's cultural radar despite its role in shaping electronic music.
After rewriting the indie rulebook with her devastating songs about romantic longing, the singer-songwriter is now imagining a future in which the artist is no longer a product.