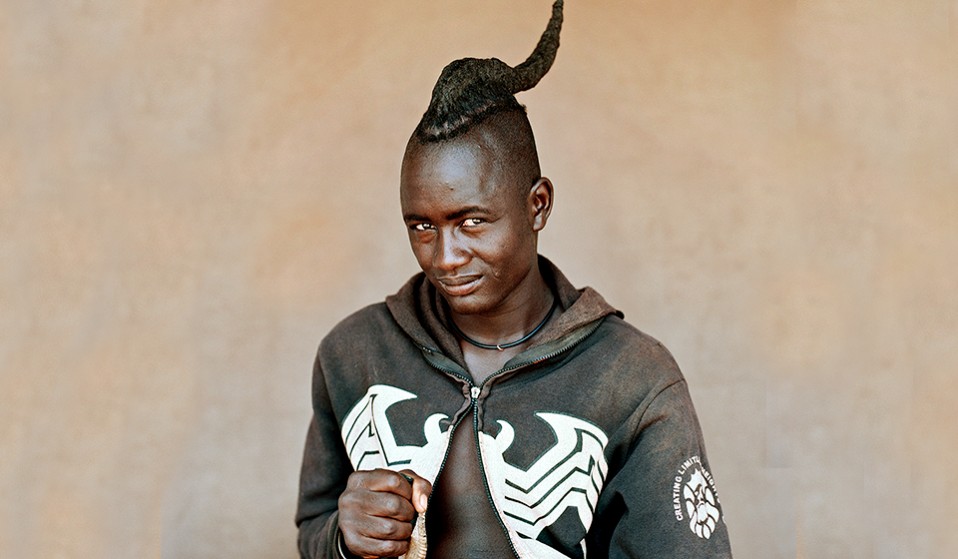 When photographer Kyle Weeks offered his camera to Namibia’s indigenous OvaHimba youth, it revealed a hidden sense of identity.

When photographer Kyle Weeks offered his camera to Namibia’s indigenous OvaHimba people, it subverted a long-standing power dynamic to reveal a hidden sense of identity.

I was born in Namibia in 1992, two years after independence, and have travelled to the northern Kunene region from an early age.

After I went to study photography in South Africa, I found myself returning to the area and becoming magnetised by the Himba, an indigenous population considered to be Namibia’s last nomadic people.

But it didn’t take me long to realise I wasn’t really contributing to the documentation of their contemporary identity. 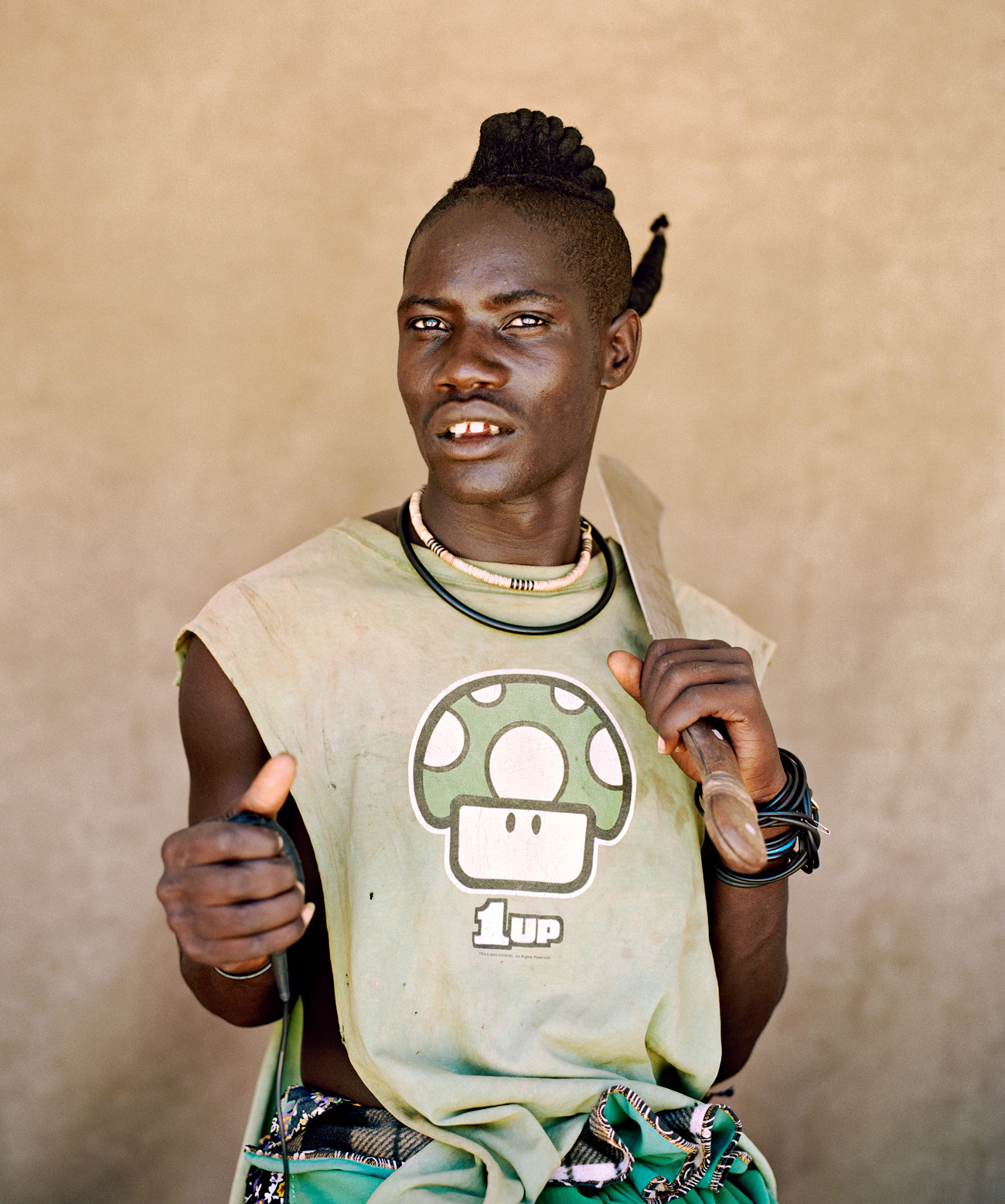 The more I visited the area, the more I became aware of the rift between representation and reality. People travel from around the world to photograph what governments promote as everlasting, traditional cultures, which means the images being produced tend to simply reinforce stereotypes.

Yet I had come across a group of young Himba men (known as OvaHimba) dressed super fashionably. They had appropriated not only Western football jerseys but fashion brands like Lacoste and Nike. 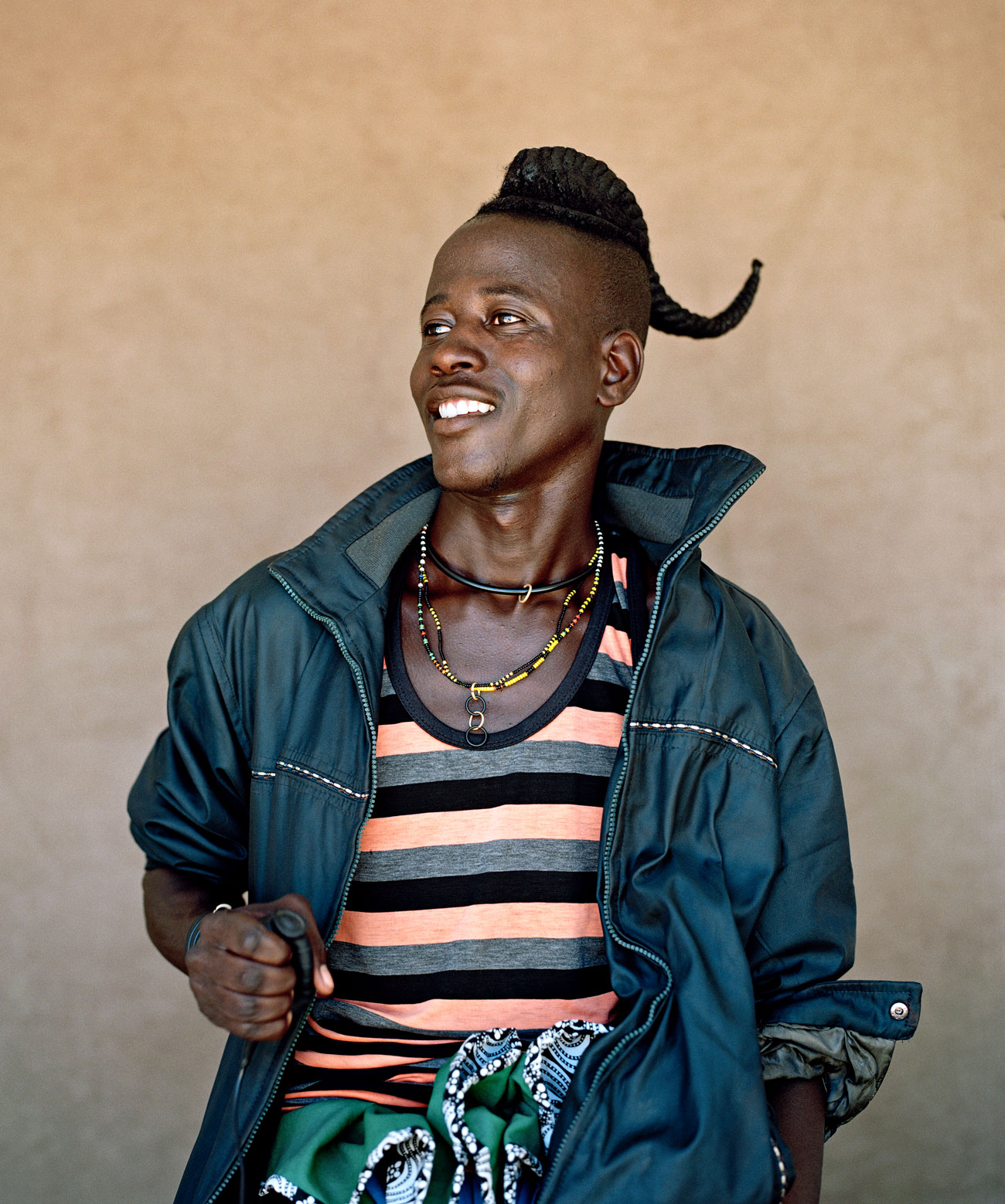 When I started studying the history of representation on the continent, I found that my position as a Namibian of Western descent – my mother is half-German, half-American and my father is South African – opened up interesting possibilities.

I don’t know exactly where I fit in myself and that made me think that maybe there was a story there that I could help tell. 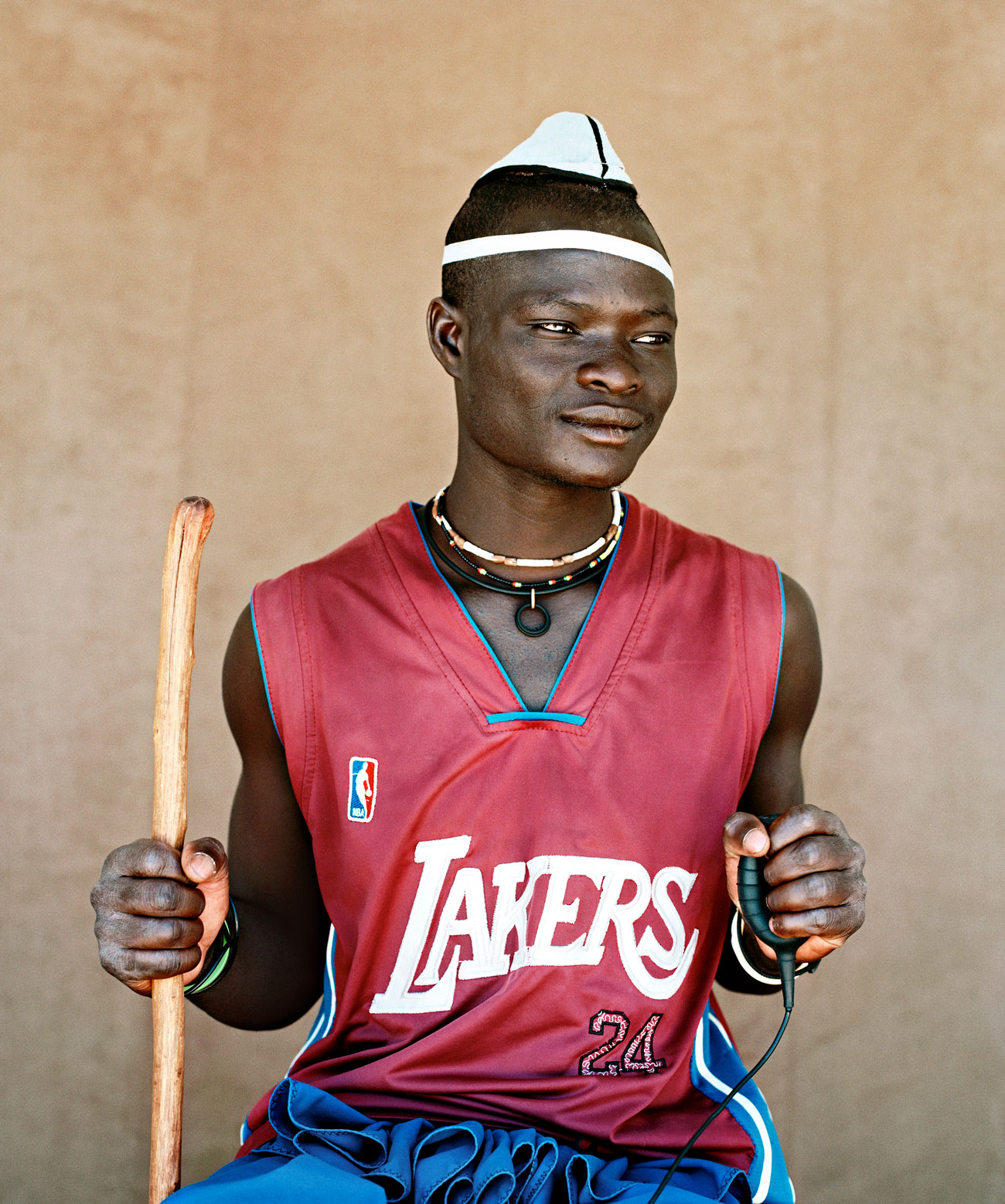 It’s amazing how photography has been used in Africa, from its history as a tool of oppression during colonialism to how it’s now being used as a tool of empowerment.

I started thinking about introducing the idea of expression through self-portraiture. It would give the OvaHimba an opportunity to represent themselves as they would like to be seen by an outside audience. Despite being prolifically photographed, they never really get to see the images taken of them. 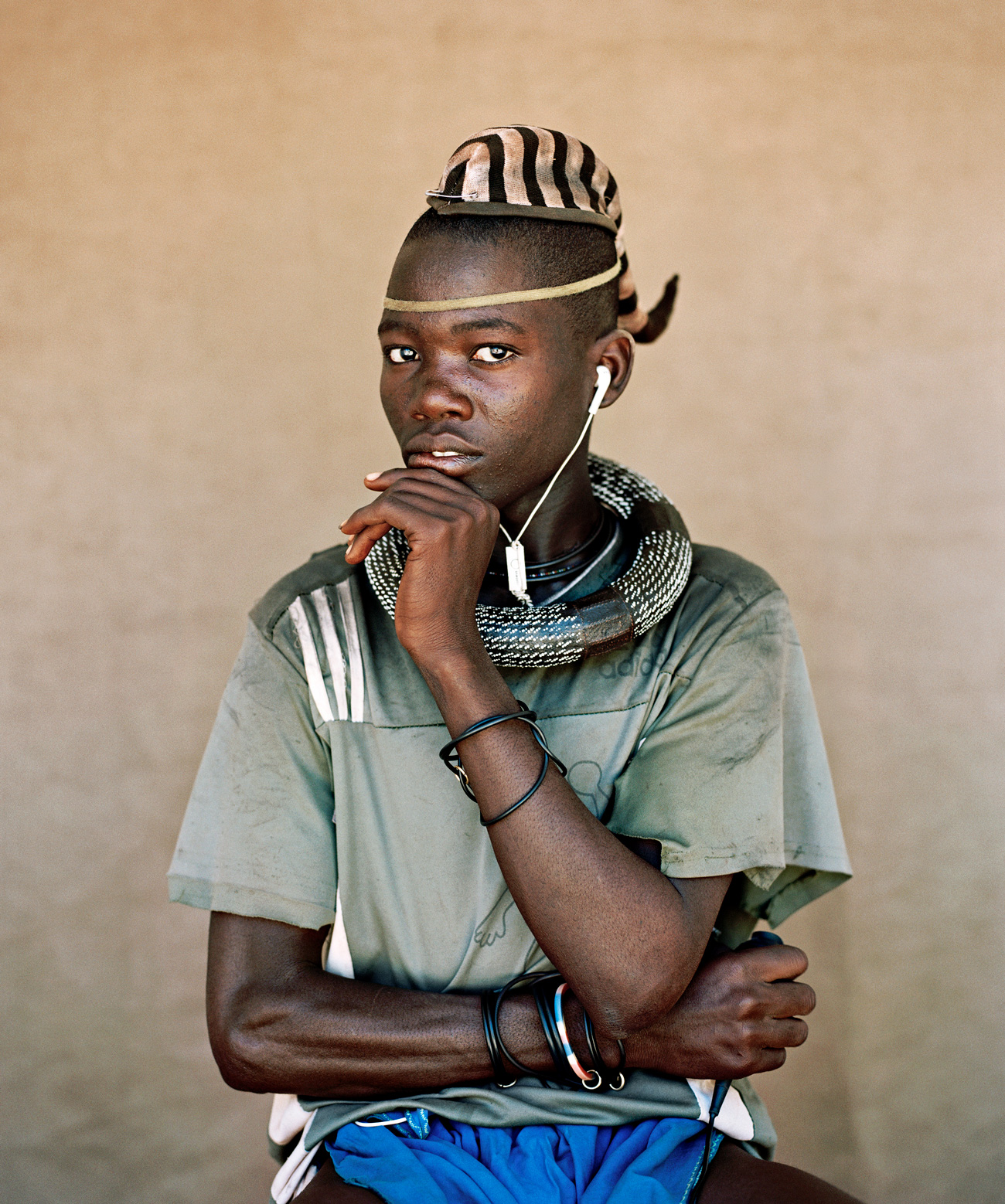 To narrow the gap between me and them, I only approached young men – roughly 80 of them – who were around my age, between 18 and 26. For me, that period in life is characterised by a sense of constant introspection. 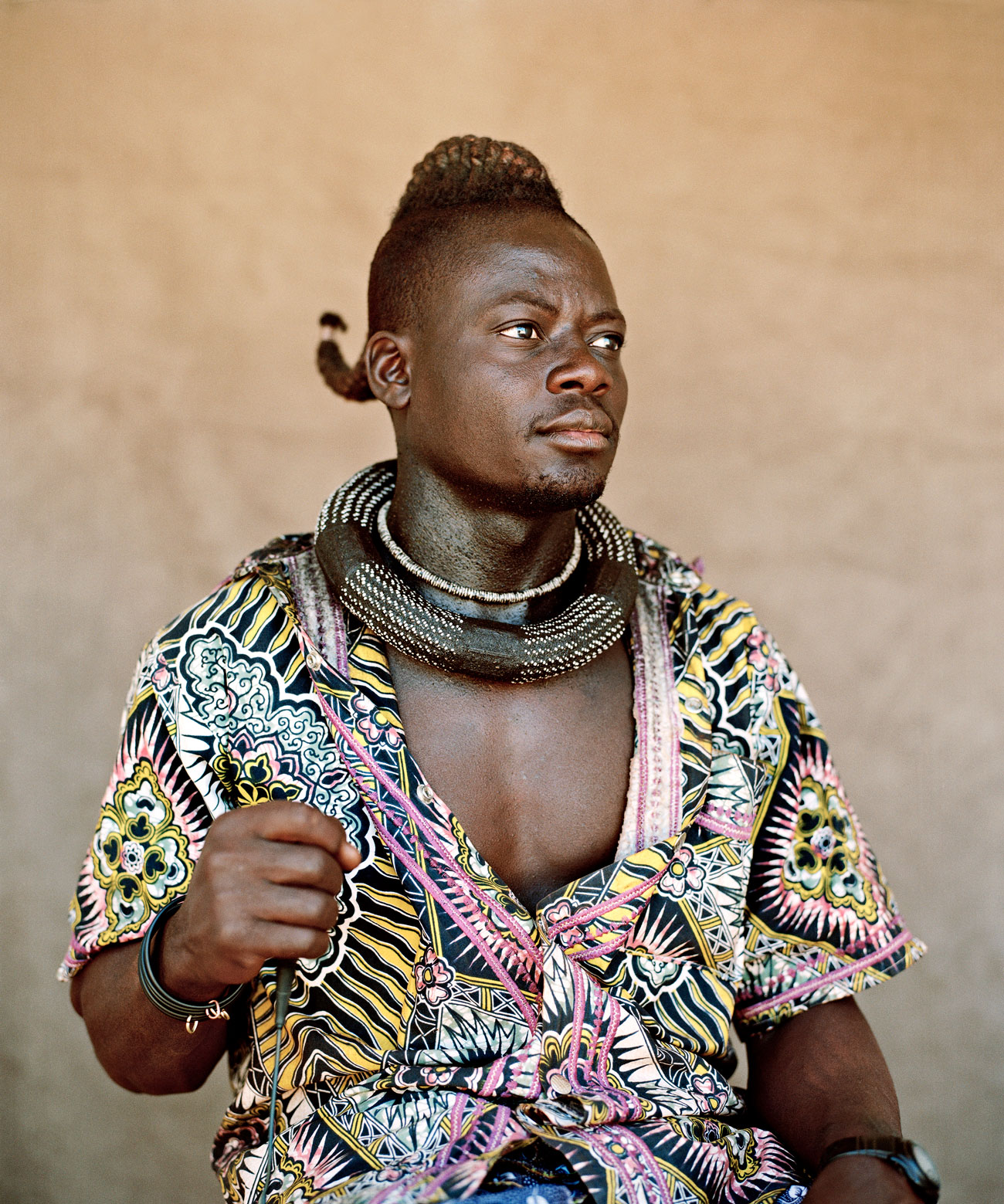 They were a little confused by the whole idea initially. I gave them a day or two of preparation time so that they could gather their outfits. I also gave them control of the shutter release, so they could perform in front of the camera without feeling self-conscious.

As the portrait session progressed, more and more were keen to participate because they saw that the other guys were having fun and had free reign.

The variation of poses that played out in front of the camera became quite fascinating, growing bolder from the first frame to the last. 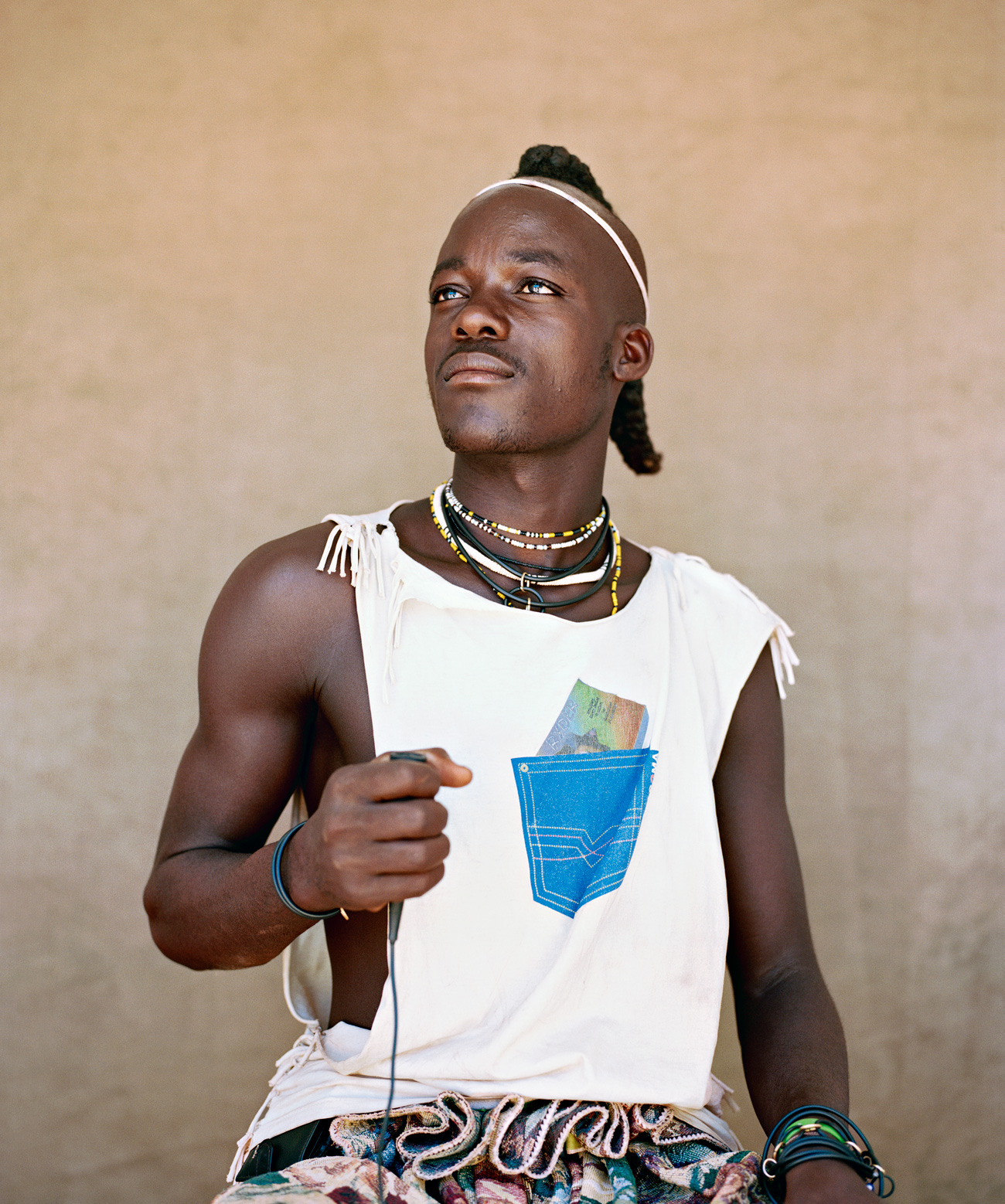 A lot of them reminded me of things I’d seen in glossy magazines or in movies. The Western influence there is limited but I think that the little they had seen has obviously left quite a lasting impression.

The project took over three years because I was so concerned with the ethics of telling their story. I saw it as more of a collaboration with these young men as opposed to me taking something from them. 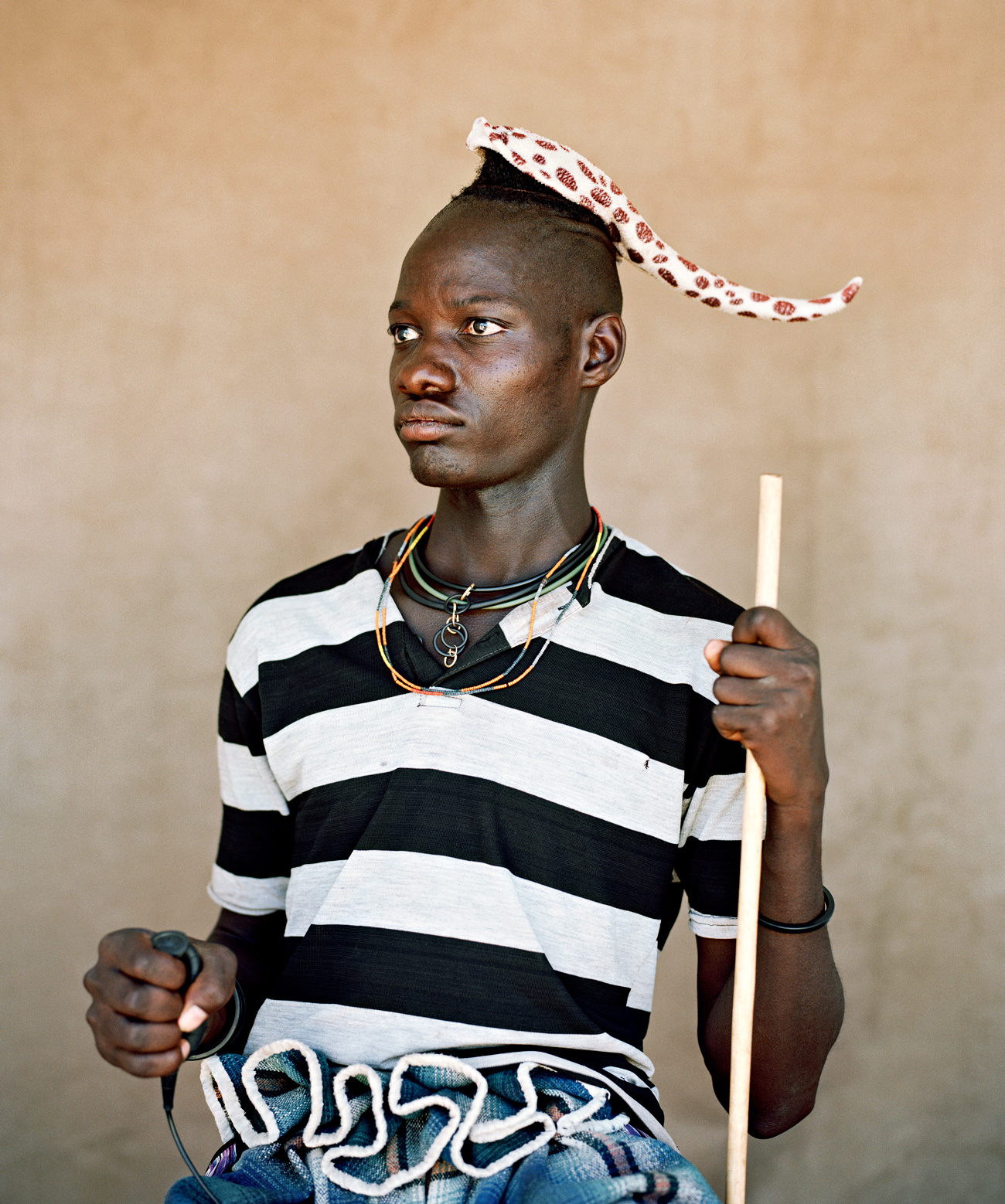 A year after the last set of self-portraits, I printed out 100 posters of everyone who participated – including their names, their ages and the locations they photographed themselves in, along with a thank-you note in their language.

The whole idea was to stimulate a sense of community among them as they were seeing themselves – and friends of theirs hundreds of kilometres away – in this light for the first time.

The project was driven, I think, by the idea of photographic ‘truth’. It’s a theme I keep exploring because images are so easily consumed to be the be-all and end-all. 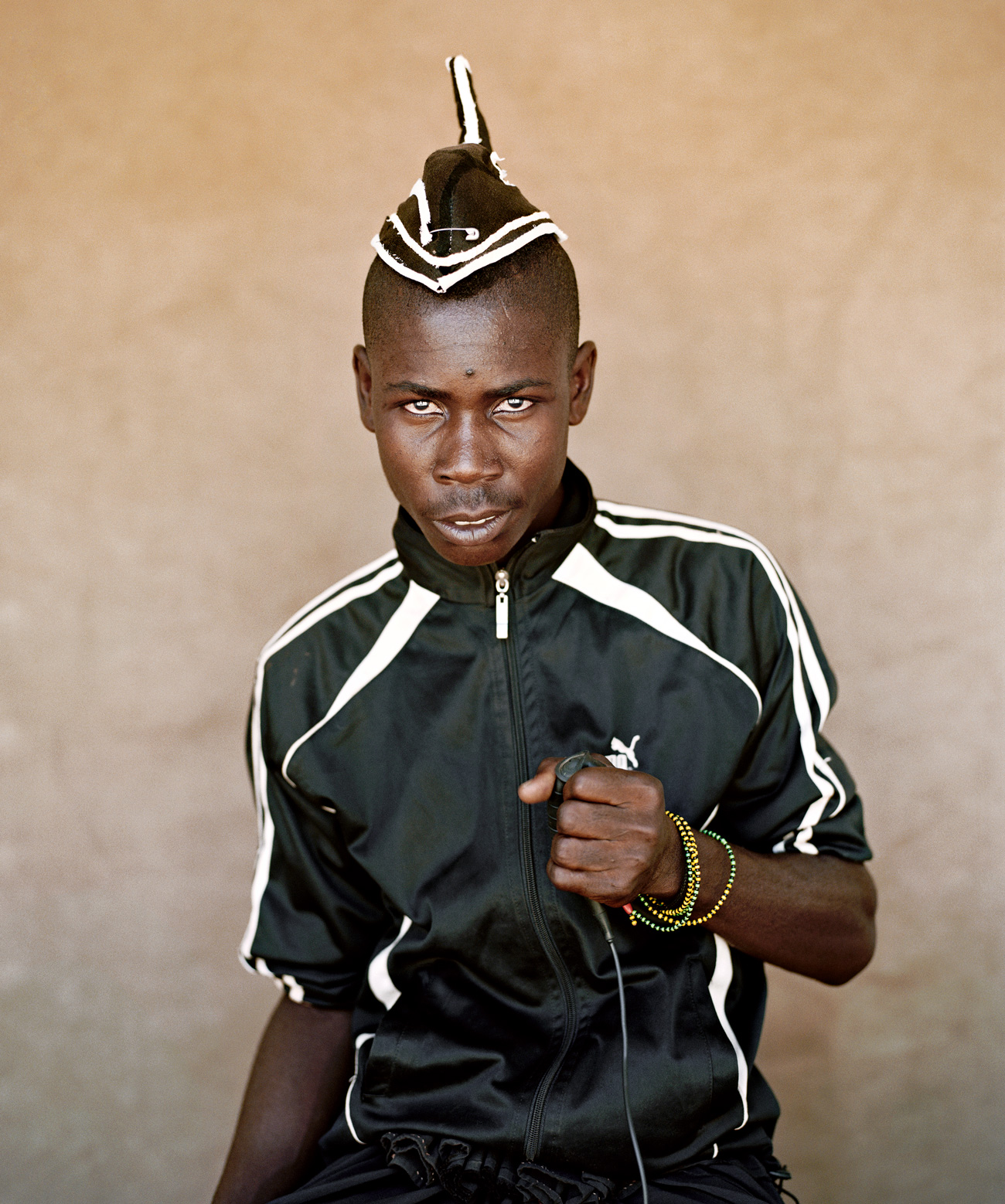 I’ve thought a lot about the ethics of represented difference, as well as the relationship between the photographer and the subject. But doing this project has taught me about the range of complexities in any human being.

Ultimately, these young men portrayed the same characteristics that any young man would at that age, anywhere around the world.

This article appears in Huck 57 – The Documentary Photo Special IV. Buy it in the Huck Shop now or subscribe today so you never miss another issue.

Check out the portfolio of photographer Kyle Weeks.

Linkedin
RELATED ARTICLES
OTHER ARTICLES
With the UK now set to run out of vaccines, people working in the sex industry – particularly outside of major cities – have been left especially vulnerable, reports Brit Dawson.
Protestors gathered outside Downing Street following the latest atrocities committed by Israel against Palestinians living in the besieged strip.
Photographer Bud Glick recounts documenting everyday life in the area, and what it taught him about the Chinese immigrant experience.
After rewriting the indie rulebook with her devastating songs about romantic longing, the singer-songwriter is now imagining a future in which the artist is no longer a product.
Photojournalist Fiora Garenzi spoke with people still living in Eastern Ukraine, an area which seen some of the heaviest fighting since the war began.
Last week, Tower Hamlets council removed its nudity-restricting licensing conditions in a huge win for London’s kink community.