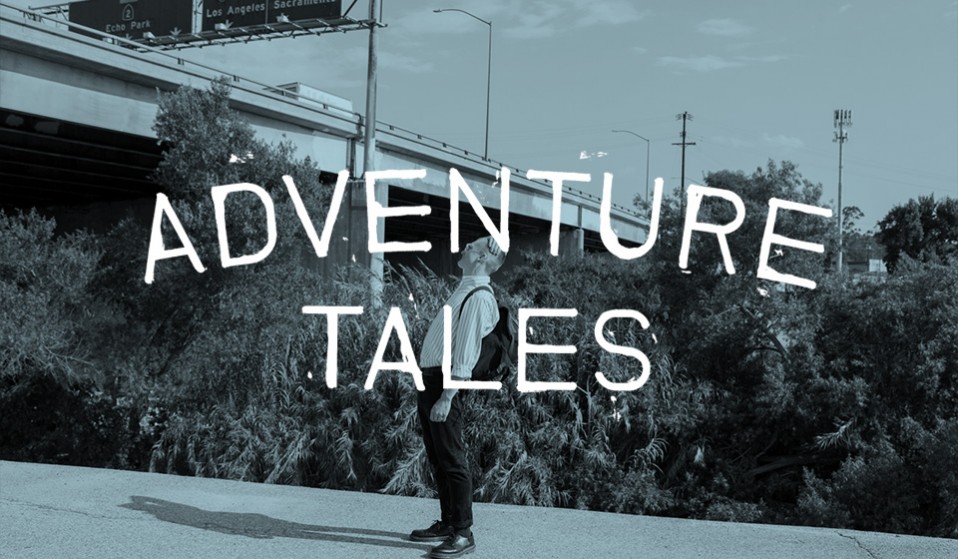 Tom Carroll uncovers the hidden history of Los Angeles in his Youtube channel Tom Explores LA. Here he talks about putting his life in harms way every day and the joys of the open road.

Tom Carroll uncovers the hidden history of Los Angeles in his Youtube channel Tom Explores LA. Here he talks about putting his life in harms way every day and the joys of the open road.

First up, it’s Tom Carroll, who sneaks his way into the forgotten corners of Los Angeles to reveal hidden layers of the city’s history in his Youtube channel Tom Explores LA. Season two just wrapped, and you can check out the finale Salton Sea now.

What do you picture when you hear the word ‘adventure’?
Sunshine. Being somewhere I have never been before.

What did adventure mean to you when you were a kid?
Wandering, exploring unknown places. Anything outside of my house.

What does adventure mean to you now?
Freedom. The best way for me to make sense of the world and my place in it.

When was the last time you felt completely out of your comfort zone?
When we were shooting our most recent episode at the Salton Sea. Had a feeling of being watched the entire time we were there.

When were you last scared?
At the Salton Sea, very much felt like an outsider.

What’s the most adventurous thing you’ve ever done?
Hiking for 10 hours over Dragon’s Pass in the Sierra Nevada Mountains. Wasn’t my choice, turned out to be far more dangerous than we had expected. Won’t be doing it again.

Who is the most adventurous person you know?
My friend Lisa Nguyen. She is a fearless, unapologetic adventurer.

If your life was an adventure novel, what would the title be?
Muddling Towards Frugality.

When was the last time you saw something completely new for the first time?
At the Salton Sea, it’s California’s largest lake and filled almost entirely with farm water run off.

How do you bring adventure into your everyday life?
I commute to work by bike, nothing more exciting than putting your life in harm’s way everyday.

Complete the sentence: A life without adventure is…..?
An unfulfilled existence. The only way you can know yourself is to put yourself in uncomfortable positions.

If you were on a yoga retreat, or in therapy, and were told to picture ‘your happy place’, what would it look like?
On my bike, an open road, with no cars in sight, going as fast as I can.

What in life gets your adrenalin pumping?
Riding my bike through the streets of Los Angeles.

If you had to walk around the world, what would you carry in your backpack?
A camera, a sketch book and my skateboard.

What book / film / song makes you wanna go an adventure?
Any history book. By learning the history of a place, it makes me want to see it in person.

What’s the one thing on your bucket list you’ve never told anyone about before?
I want to walk the whole length of the Los Angeles River, all 51 miles of it.

Read the full article on Tom Explores LA in Huck 51 – The Adventure Issue. Subscribe to make sure you don’t miss another issue.

Linkedin
RELATED ARTICLES
OTHER ARTICLES
Birdy Chu reflects on documenting the historic moment in which the territory was formally passed back from the UK to China.
A group of young Palestinians have found temporary freedom in the act of parkour, reimagining wreckage and ruins as a series of high-octane playgrounds.
For over a decade, gamblers have won big by employing people to place live bets from the court. But does this dubious method still work?
As the Scottish government announces a rent freeze, an activist with Living Rent who fought and won shares how they did it, and what must come next.
Rogue landlords are exploiting young and inexperienced renters and leaving them in mental and financial turmoil, reports Niall Hignett.
Rhiannon Adam spent three months capturing an ageing society wracked by division, isolation, and the aftermath of scandal.