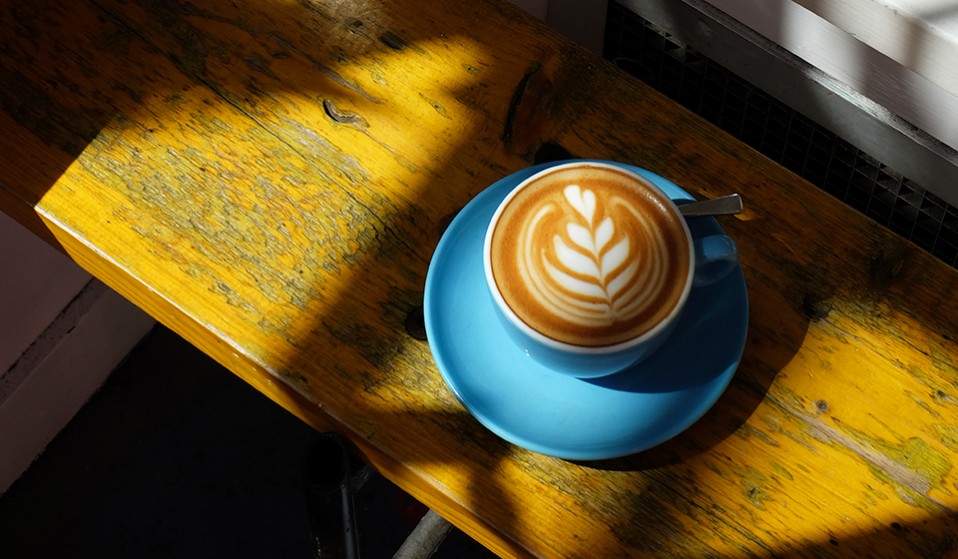 Forget the off-putting jargon and elitist hipsters. A new book from Hoxton Mini Press proves that the world of coffee is open to anyone.

The coffee world is at a turning point: there's never been more interest in what makes a good cup, yet the industry is still rife with misconceptions. A new book from Hoxton Mini Press aims to counteract that, celebrating all that's great about the planet's most dynamic coffee scene.

I used to think coffee was just a means to an end. You put up with the bleugh taste in order to feel more awake. And if you valued that feeling, you could somehow learn to live with drinking caffeinated bin-juice.

Then, on a visit to Auckland many years ago, a friend bought me a flat white. I couldn’t believe the difference: it was all light and smooth and didn’t even need sugar. ‘Wait,’ I thought. ‘Coffee can taste like this?’

That discovery sparked a long journey of learning why people make coffee one way and not another, opening up a world of information that seemed both mind-bogglingly complex and yet ridiculously simple.

I tried to learn different coffee-making techniques and grappled with the insane number of variables involved (the grind size, the roasting date, the temperature of the water, the brew time, the ratios, the texture and temperature of the milk).

I started going to barista competitions, a slightly surreal subculture where people prepare coffee as if it’s an Olympic event – watched by a panel of judges as their performance is streamed live online. 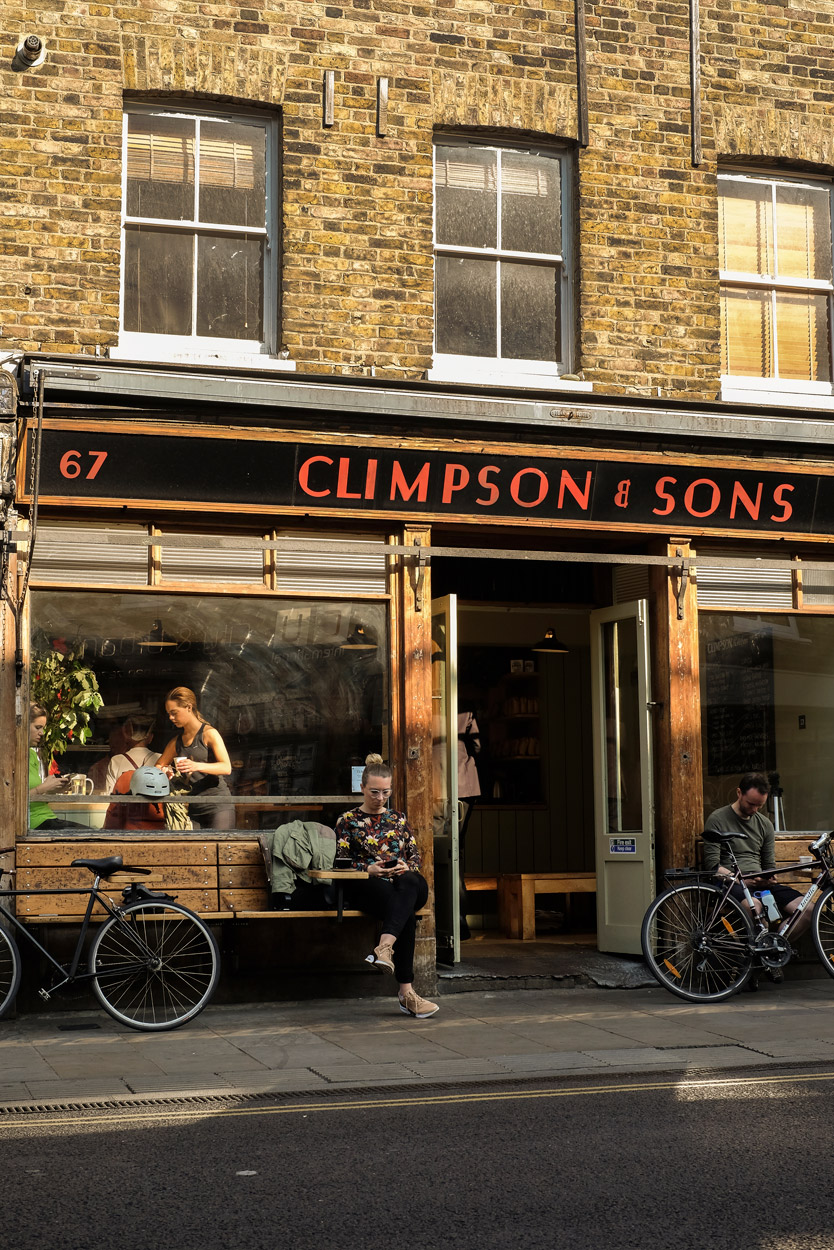 I even began a quest to find the perfect coffee – an absurd task that has taken me to 125 cafés in the last two years.

Along the way, I realised that coffee has an image problem. It’s seen as snobby, pretentious and inaccessible when, in reality, the industry is full of passionate people – from all sorts of backgrounds – who want others to enjoy it as much as them.

Lani Kingston is one of those figures. In making new book London Coffee: The people, the places, the history, she’s been on a journey of her own – meeting the city’s café owners, roasters, scientists and equipment makers to better understand what makes this industry unique. 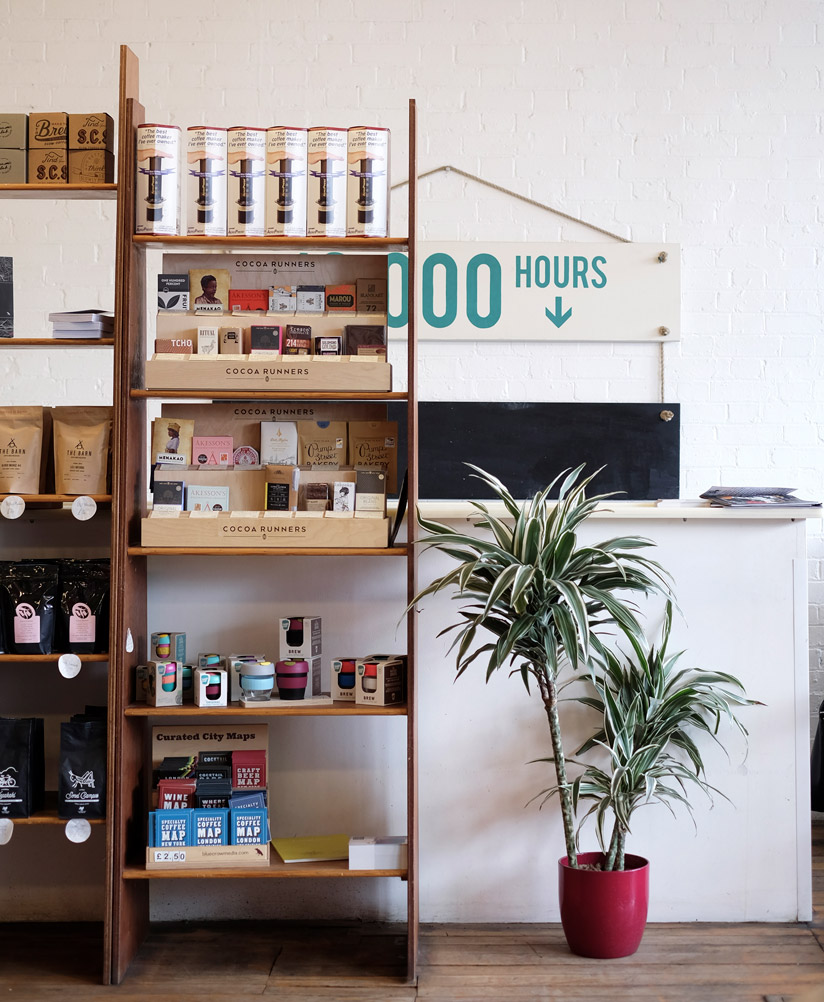 Lani – who’s from Melbourne but now based in New York – is the perfect person to absorb all that information because she is good at lots of different things. Her first book, How to Make Coffee, was an international bestseller released in five languages and eight editions.

We meet in a recently opened café that I’ve been meaning to try called The New Black – a place that boasts “the most audacious selection of insanely delicious coffees ever assembled”. 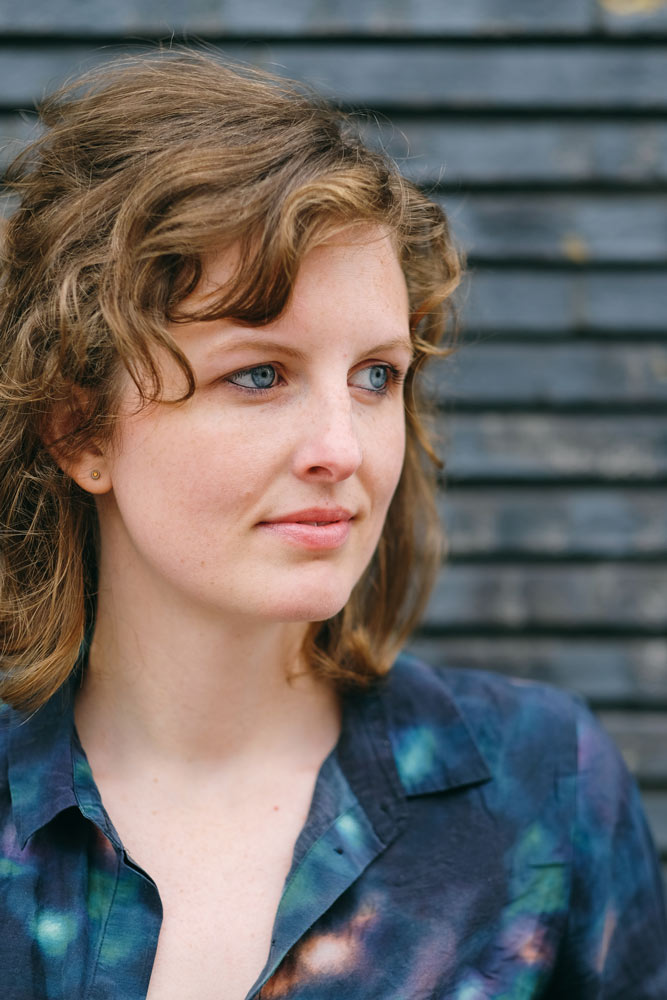 There are iPads, staff in orange work jackets and a back-lit tasting wheel mapped out across the wall. For a second, this feels like a terrible choice – Lani’s book is all about celebrating the industry’s accessibility, as well as its historical roots, so geeking out in a state-of-the-art café isn’t exactly an appropriate starting point.

Thankfully, Lani is totally open to the experience – effortlessly embracing an onslaught of questions between sips of a latte made with beans from South African roasters Truth.

When you visit a café, from the moment you walk in the door to tasting the coffee, what makes a place special?
I’ve spoken about this with a lot of people and I don’t want to sound weird or hippy-dippy but it’s kind of the vibe of the thing, to quote a famous Australian movie. There are a lot of places where you can walk in and tick off the checklist: great decor, hospitality, good beans made well – but it still just doesn’t have the zing.

I don’t know whether it’s the passion of the owner that permeates the walls or something else, but it’s not necessarily visible. It’s how the space feels. Everyone I selected to go in the book is obviously super passionate about coffee and have beautiful places, but they also have something else that just makes you want to stay and have more than one coffee. 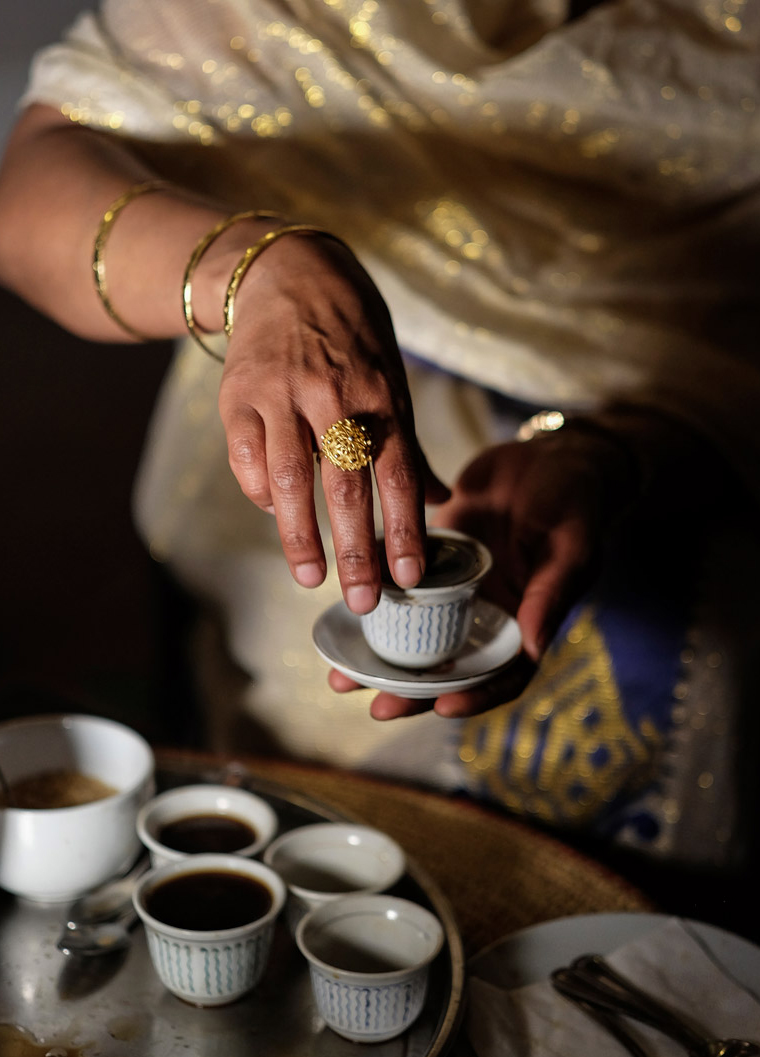 Do you think there’s something about coffee that appeals to perfectionists?
Very much so. [laughs] I think if you’re not a perfectionist then you should still clear of the coffee industry. It’s not something where you can just dial it in during the morning and then concentrate on something else.

I worked with one barista who insisted that everything is measured to perfection for every single cup. I will never work as a barista because I don’t trust myself in the heat of service to go, ‘Actually, this cup is not perfect so I’m not going to serve it.’

That, ultimately, is what you’re selling. It’s not the same as having a disappointing dish at a place where you know they do good food. If you sell someone a bad coffee, they’re likely to go somewhere else. And there’s likely to be another coffee shop just a few doors away, so how do you stand out? 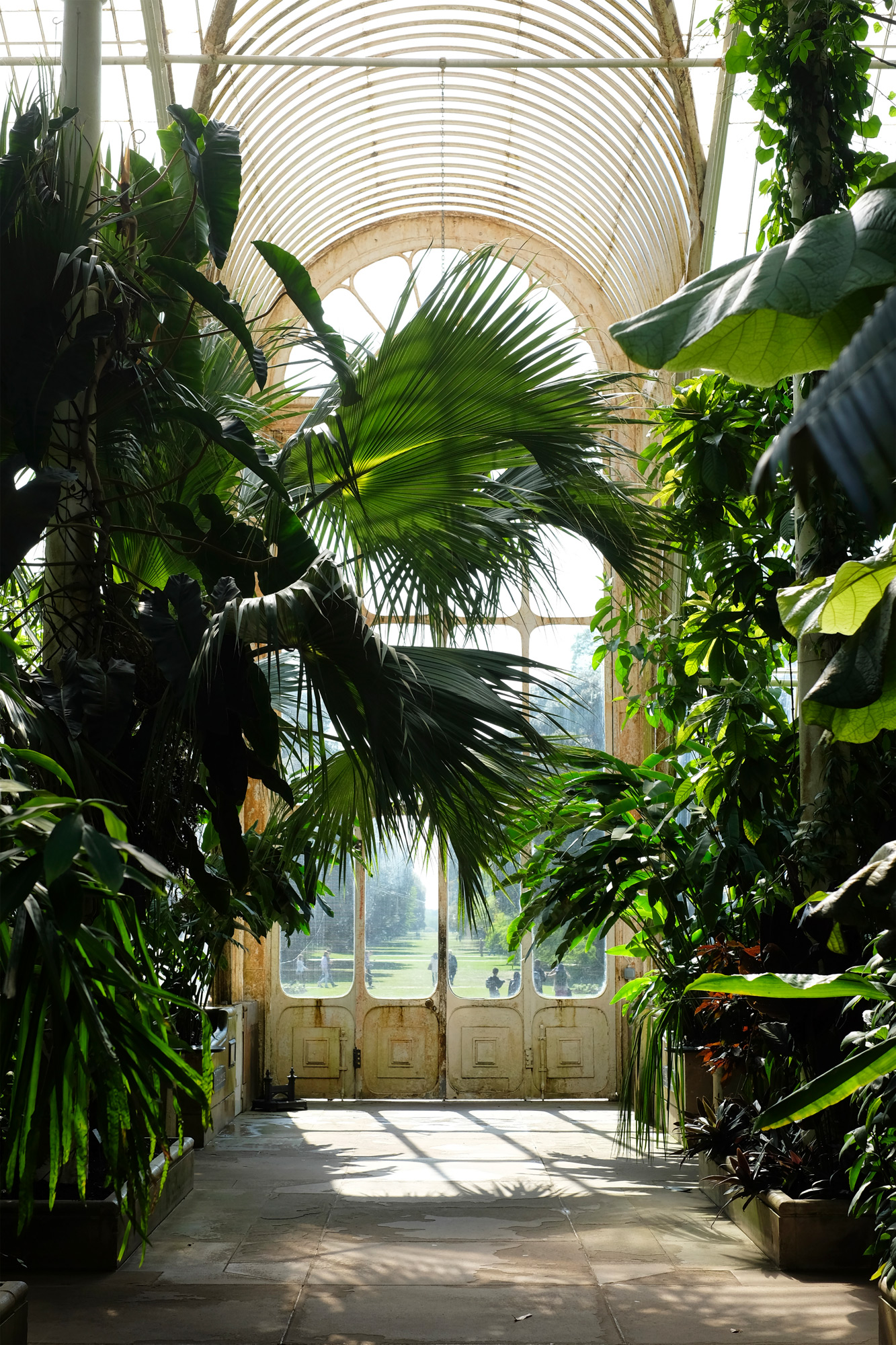 Kew Gardens Coffee Research, where scientists work on groundbreaking research into the coffee plant and its sustainability.

Do you think there’ll be a point where ‘speciality coffee’ becomes just ‘coffee’?
I think there will always be a place for non-speciality coffee. As Anita from Monmouth points out, there’s only a very small part of the coffee crop that can be branded as specialty – and a farmer simply cannot survive if they just sell that part.

So there’s always going to be a market for beans that will then be made into instant or cheaper, more generic coffee because that enables the farmer to stay afloat.

I personally don’t think we’ll ever get to a place where speciality coffee will be the norm. If we did, the beans would be so expensive that no one would want to buy a cup. [laughs] I’m cool with having the option of both. 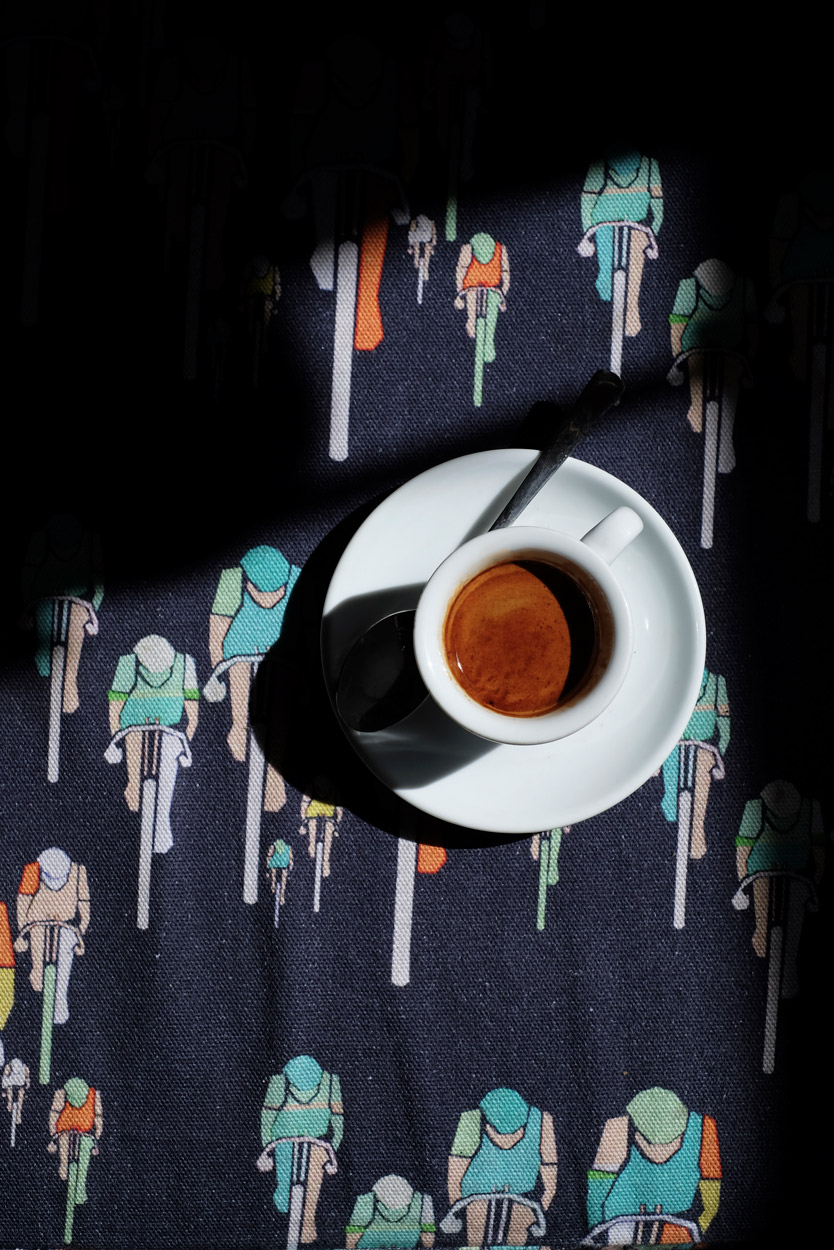 Do you think there’s anything that can be done to make speciality coffee’s image less off-putting?
I guess coffee has gone the way of the hipster in that it has built itself a little bit of a reputation. We’re past the point of it just being seen as a drug to this realm where there’s so much to know, and it’s so diverse, that some people have felt, ‘That’s a little too complicated for me. I’ll stick with what I know.’

But I think what everyone’s doing now, like in places like this, is putting more effort into making coffee feel accessible to people beyond just the geeks. [laughs] And you do that by having staff who not only seem happy and passionate about what they do, but consider being a barista as a viable career path – not just something you do in college to pay your way through education, as the case used to be.

So from a customer service perspective, things have come a long way. In the book, Anette [Moldvaer, of Square Mile] also said that if someone wants their coffee made a specific way and it’s not how we think it should be done, it doesn’t matter – that’s how they want it. Coffee is a personal choice and bringing the hospitality aspect back into the industry is a good way to go. 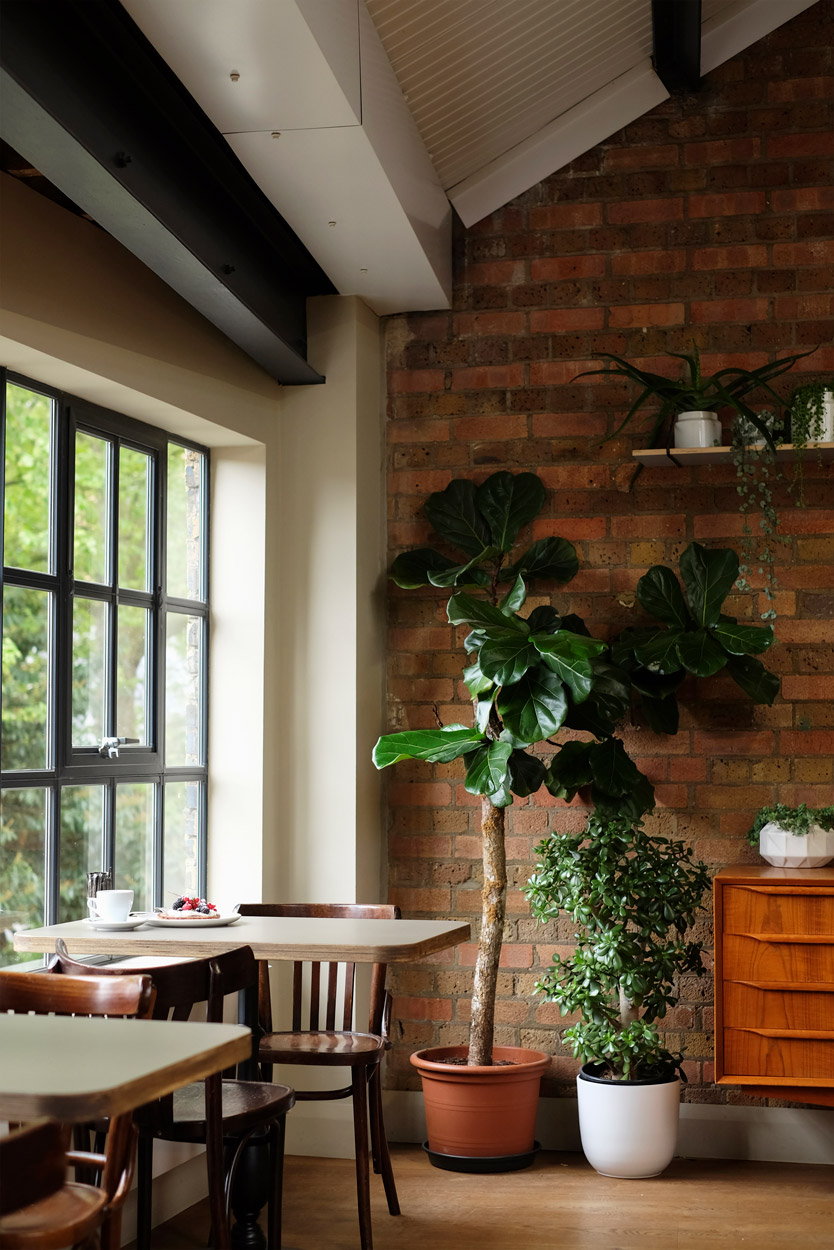 There was an infamous ad by McDonald’s lampooning specialty coffee. James Hoffman, who you interview in the book, has said that felt like a turning point where speciality coffee was no longer the underdog. Do you think a potential backlash or change in perception could see a decline in the specialty coffee market? Will the bubble in growth finally burst?
I think speciality coffee is still growing, rather than being a wave that will decline. But James did mention that turning point to me and added, ‘I think the big guys got scared.’ Some of these ads were almost like smear campaigns, like: ‘Look how terrible this is. Come have a coffee here.’

And he’s right. It did show that people really are flocking to these café, especially with so much variety, and that people are excited about what’s out there. But I don’t think [the corporate chains] need to be worried because they’re always going to have those customers who want to buy their coffee as well. There’s a place for everyone!

The growth may slow down in terms of the coffee shops themselves simply because we’ll reach saturation point. I think what we’ll end up with in the end is that the people who got into coffee thinking it would be a quick money-maker – they’ll be the ones who drop out.

After the financial crisis, when the bankers walked out with their redundancy packages, a lot of them got into coffee because they had a wad of cash and needed to do something different. Some of them found a new passion and maybe some of them eventually went back to finance. But what they have done, at least, is to help build up this visual and taste-driven awareness of specialty coffee. Now others can take the reigns – and it’s the ones who are passionate that will still be there. 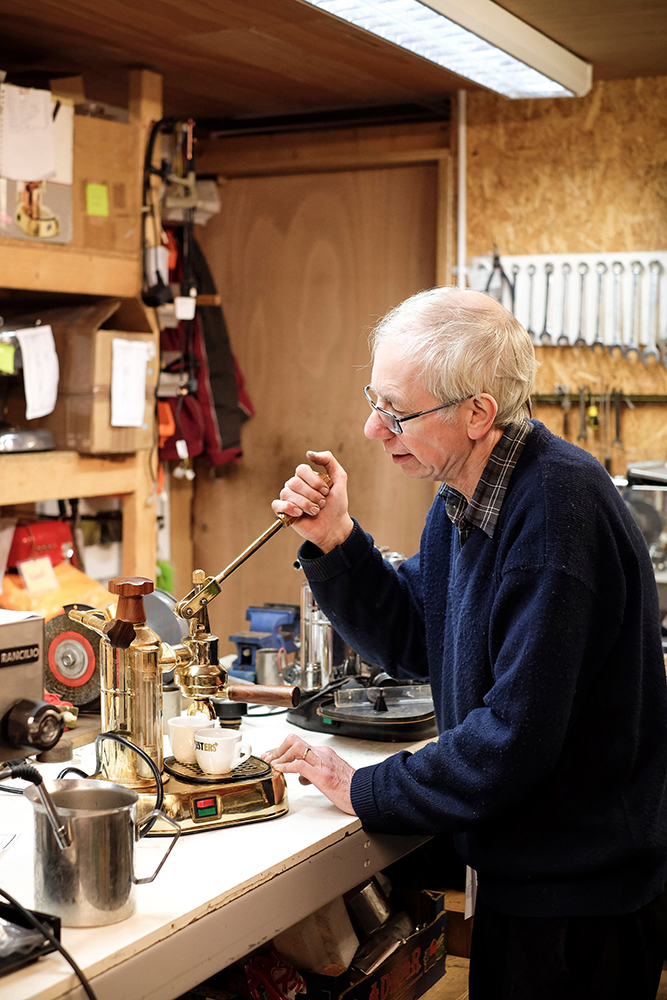 One thing that comes across in your book is that the coffee industry is open to anybody. Your own career path has flowed in all sorts of directions, with coffee and food at its core. What advice would you have for someone who wants to try something different but feels hemmed in by their job?
I have one of those strange backgrounds where it didn’t really feel like a path at all until I wrote the first coffee book and thought, ‘Oh, this is all falling into place.’ A lot of people are scared because they think, ‘I’ve done all of this training and invested so much into this, but to do something else I will have to go back and study this or that.’

I started out in film and it took me about five or six years after leaving that field to work out where I could be in the food industry, but my time in the former has been so valuable and relevant to what I’m doing now. Whereas I once could have thought, ‘All that film stuff was wasted’, the media component has very much worked its way in.

It’s the same even if you’re going from finance to coffee, which is exactly what Sam [Mason] from Association did. He uses so much of that knowledge in his coffee business every day that he’s miles ahead of a lot of people. It might seem scary to jump into something else but everything will work its way together. I think that’s the best way to build a career. You don’t need to stay in one lane. 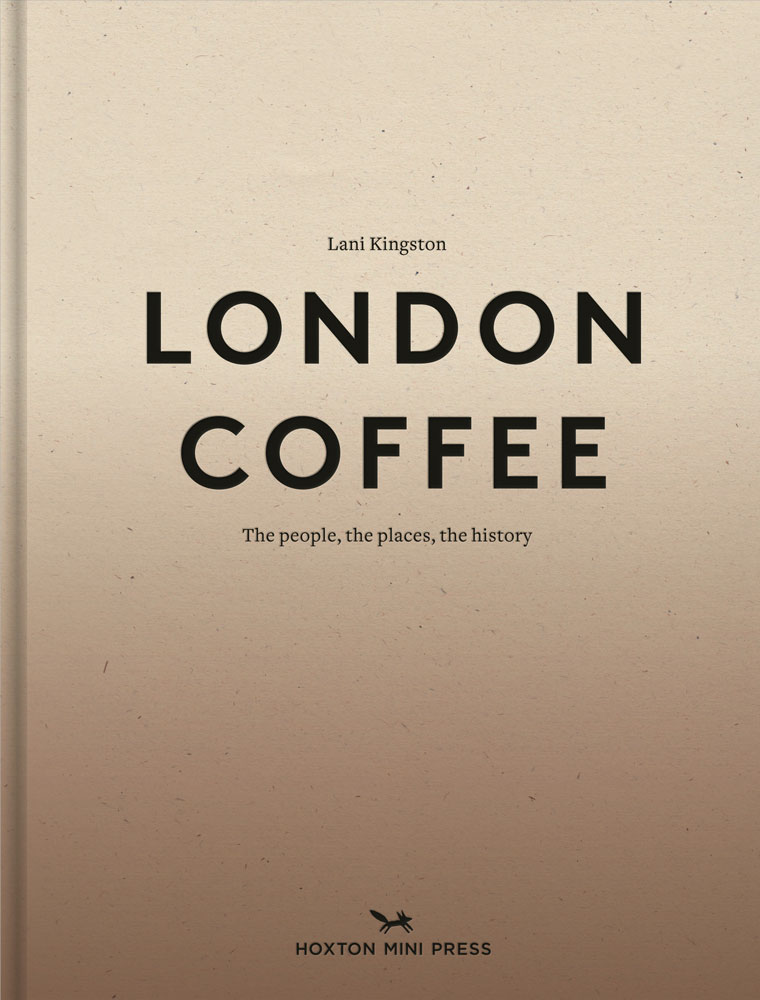 Linkedin
RELATED ARTICLES
OTHER ARTICLES
In the last of our dispatches from OFFF Barcelona, Rufus Deuchler and Vincent Gault discuss the future of creative process.
Writers Matt Foot and Morag Livingstone explore how four decades of collusion between the government and the police have slowly eroded our right to protest.
Following the release of his newly republished 1991 book, Redheads, the American photographer reflects on his celebration of ginger people and their magnetic power.
The author discusses her blistering new novel about history, revolution and queer love.
From the Yakuza to a biker gang, Bruce Gilden recounts capturing Tokyo and Osaka in the ‘90s.
The revered showbiz chronicler recalls his journalistic beginnings, documenting subcultural scraps in the ’80s.