Art & Culture / When a hippie oasis becomes an industrial nightmare 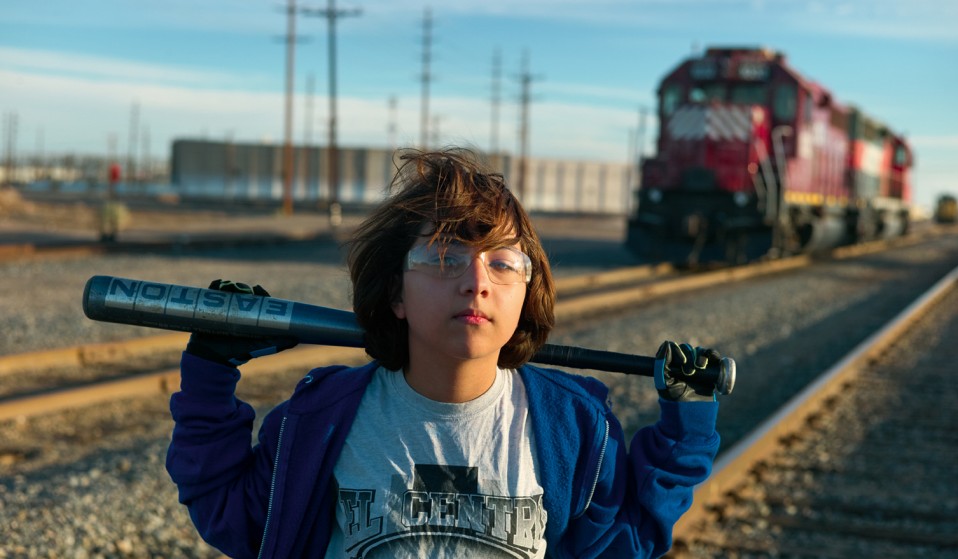 On a flight between New Orleans and San Diego, Lars Borges looked out the window and noticed a green grid surrounded by desert on all sides.

Once the photographer landed, he did some research and was astonished to discover what it was.

Imperial County is a once-popular oasis that, through a mix of greed and bad planning, became the poorest county in California. 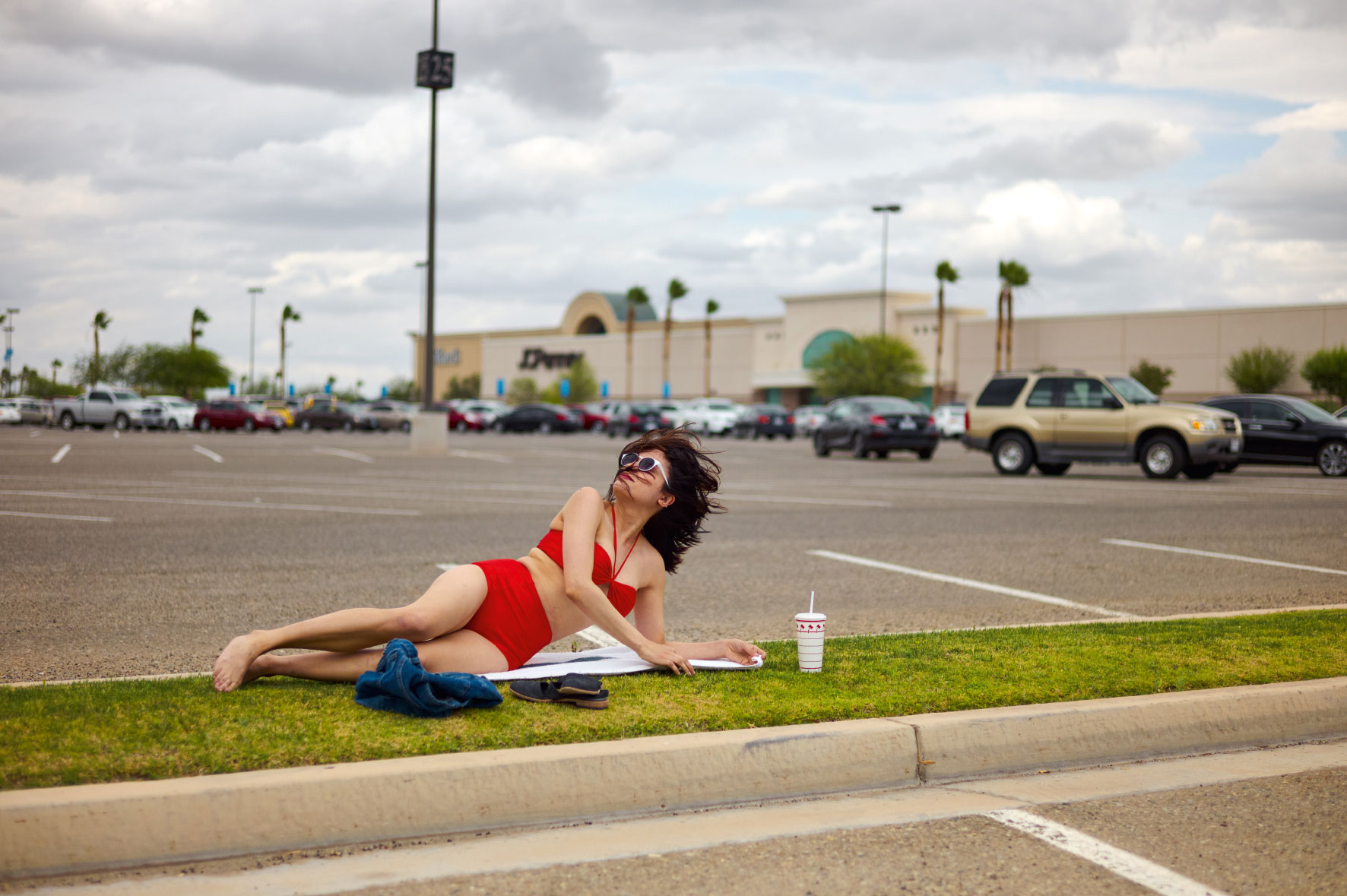 Stefanie at the Imperial Valley Mall. 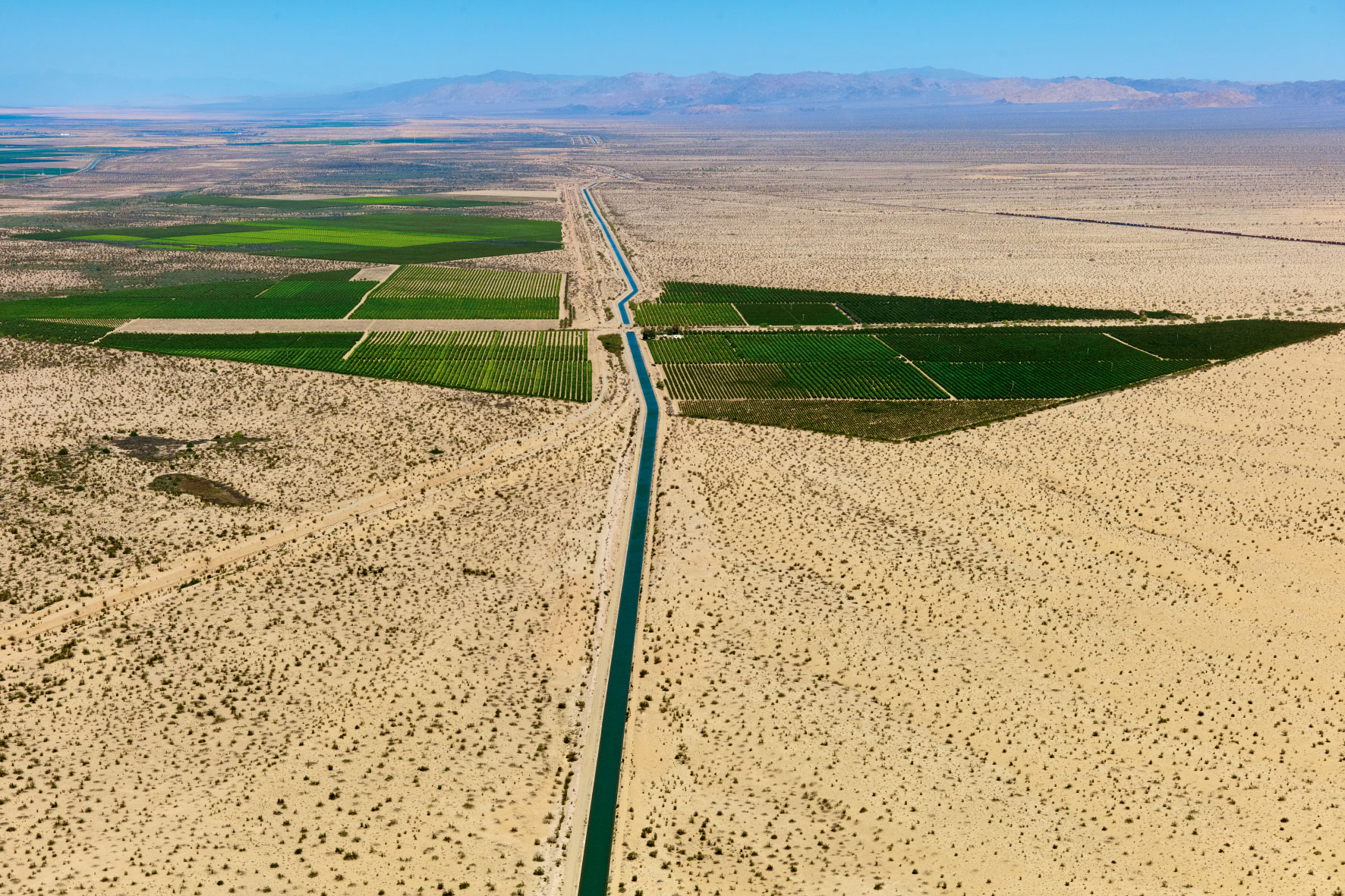 Despite being one of the main producers of winter vegetables, salads and grains in the US, it also has the second-highest rate of unemployment.

So after finishing his assignment in San Diego, Lars rented a car and headed out there – photographing the place on and off for the next two years. 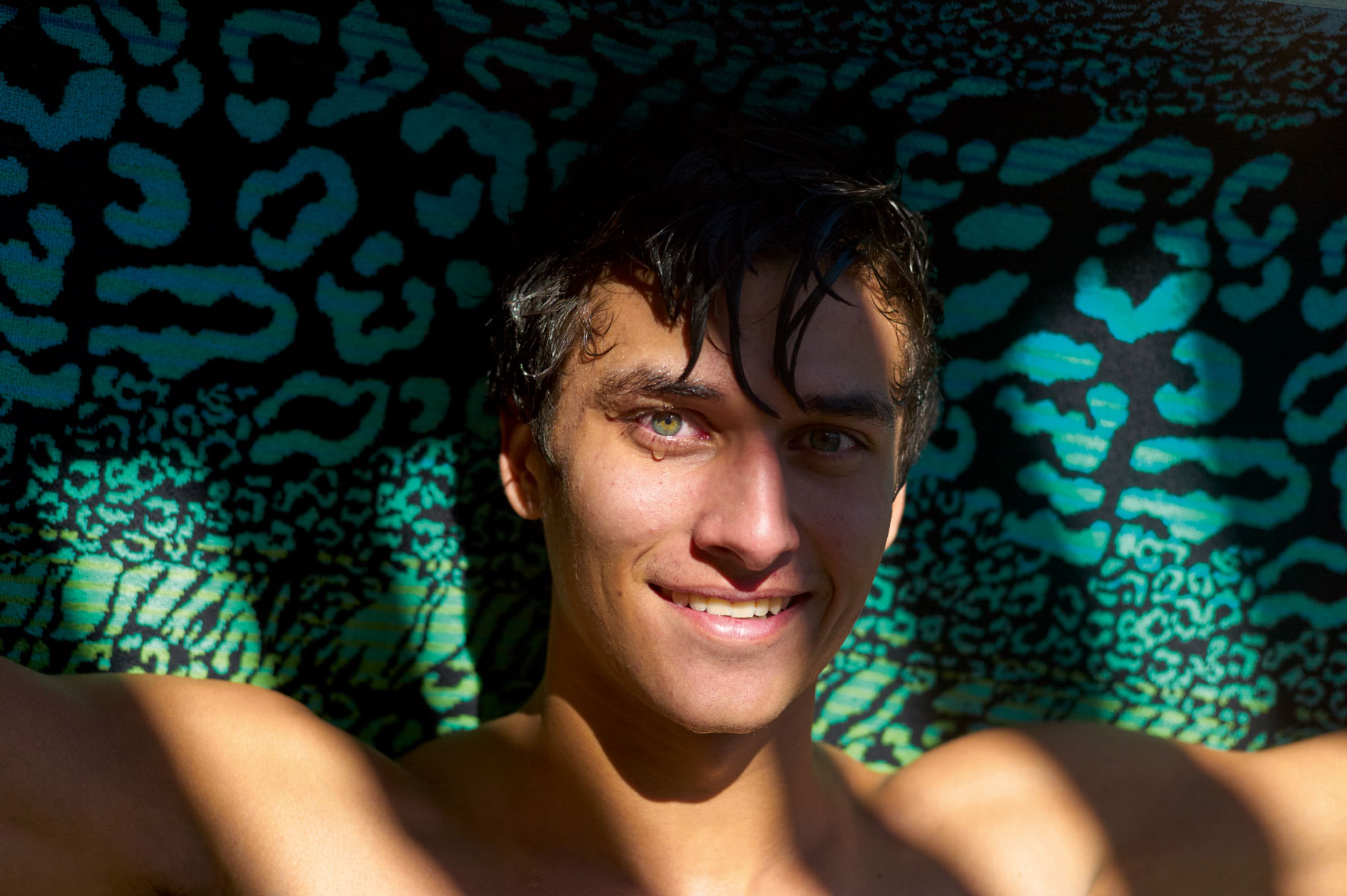 Trey by his family pool, Heber. 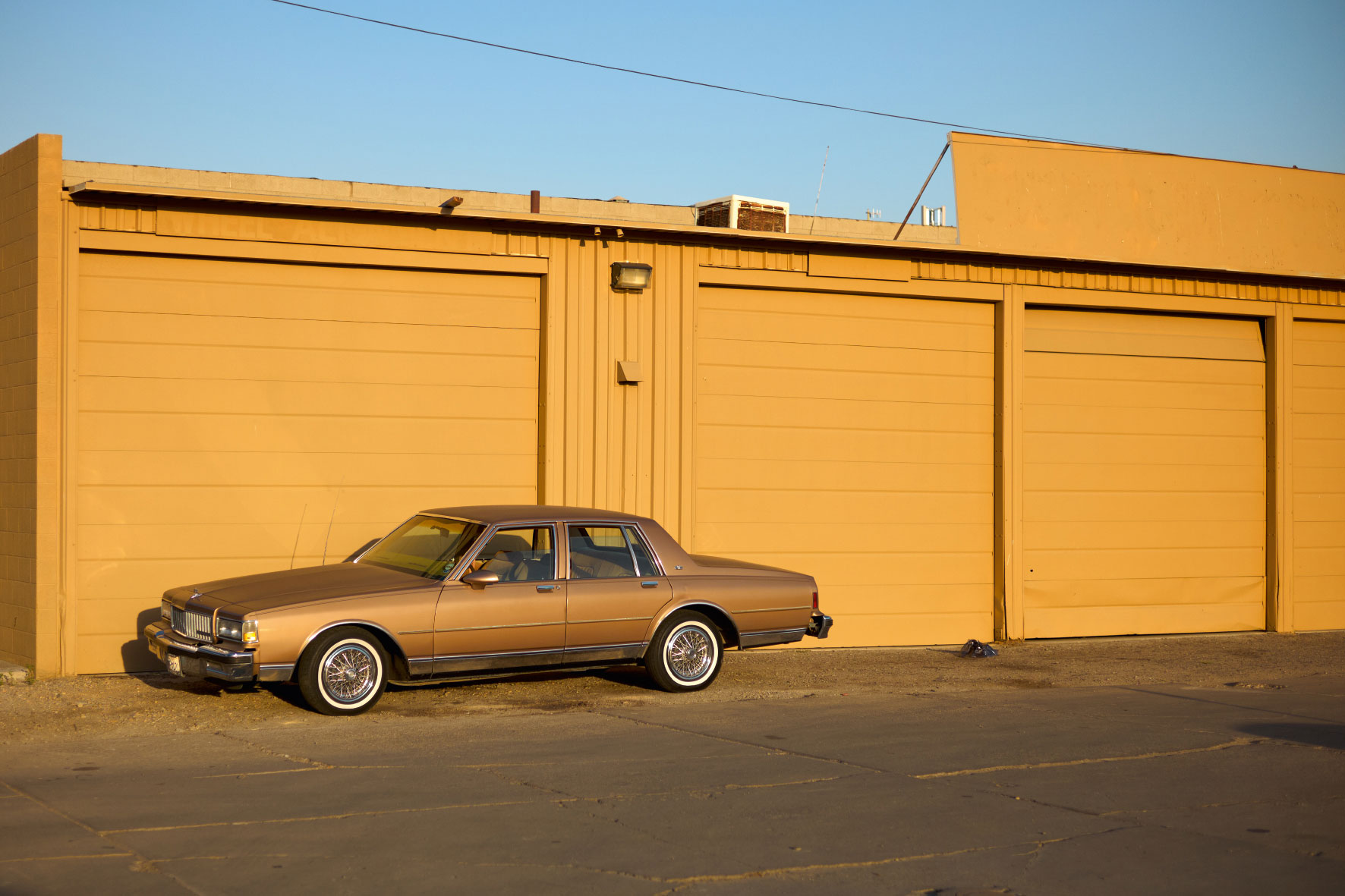 “It’s a bizarre place but I immediately became fascinated,” he says. “They call it the gateway to America. But from visiting for the first time, talking to the people and doing some reading, it felt like Imperial County represented everything that can go wrong with the planet.”

“It’s all in there, subtle and less subtle: the hope and hopelessness; the abuse of people and nature; capitalism, water, the border, the heat… California dreaming, with a crack running through it.”

Imperial County’s most remarkable feature is the Salton Sea: an accidental lake ruined by fertiliser and pesticide runoff, its shoreline littered with the remains of thousands of dead fish. 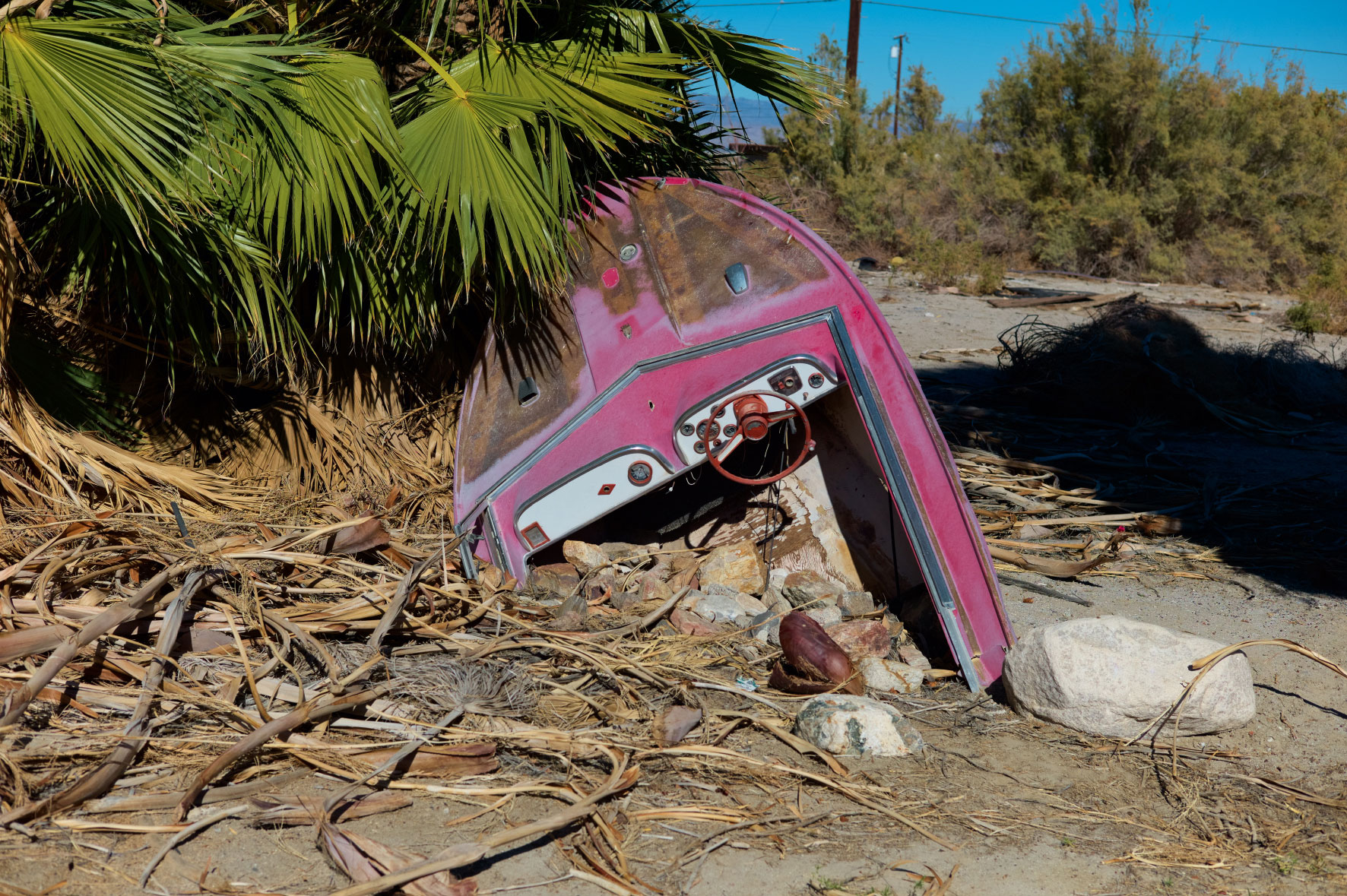 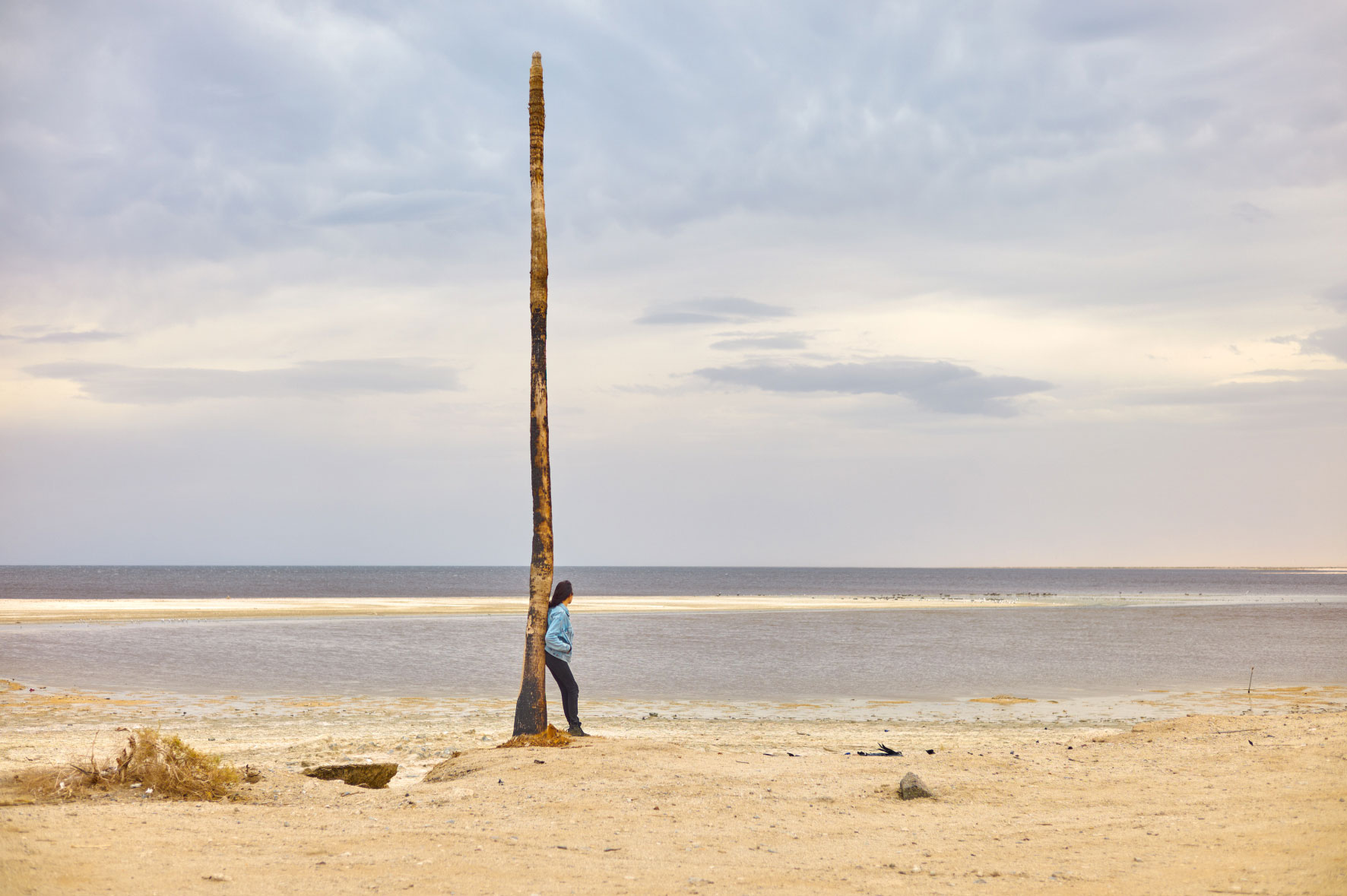 But just east of that is Slab City: a notorious off-grid community (known as ‘the last free place in America’) which attracts hippies, squatters and drifters prepared to live without electricity or running water.

Among the characters Lars met there are Therese, a young transgender woman who can’t afford hormone replacement therapy; a doctor-turned-philosopher living in a hut built from rubbish, and an ex-marine who wants to build a homeless hostel from the ruins of an old pump house.

“They know life ain’t easy,” he says of the county’s residents. “People feel like the table is full of food, but they’re not allowed to have any. You just have to stand and watch while others eat.” 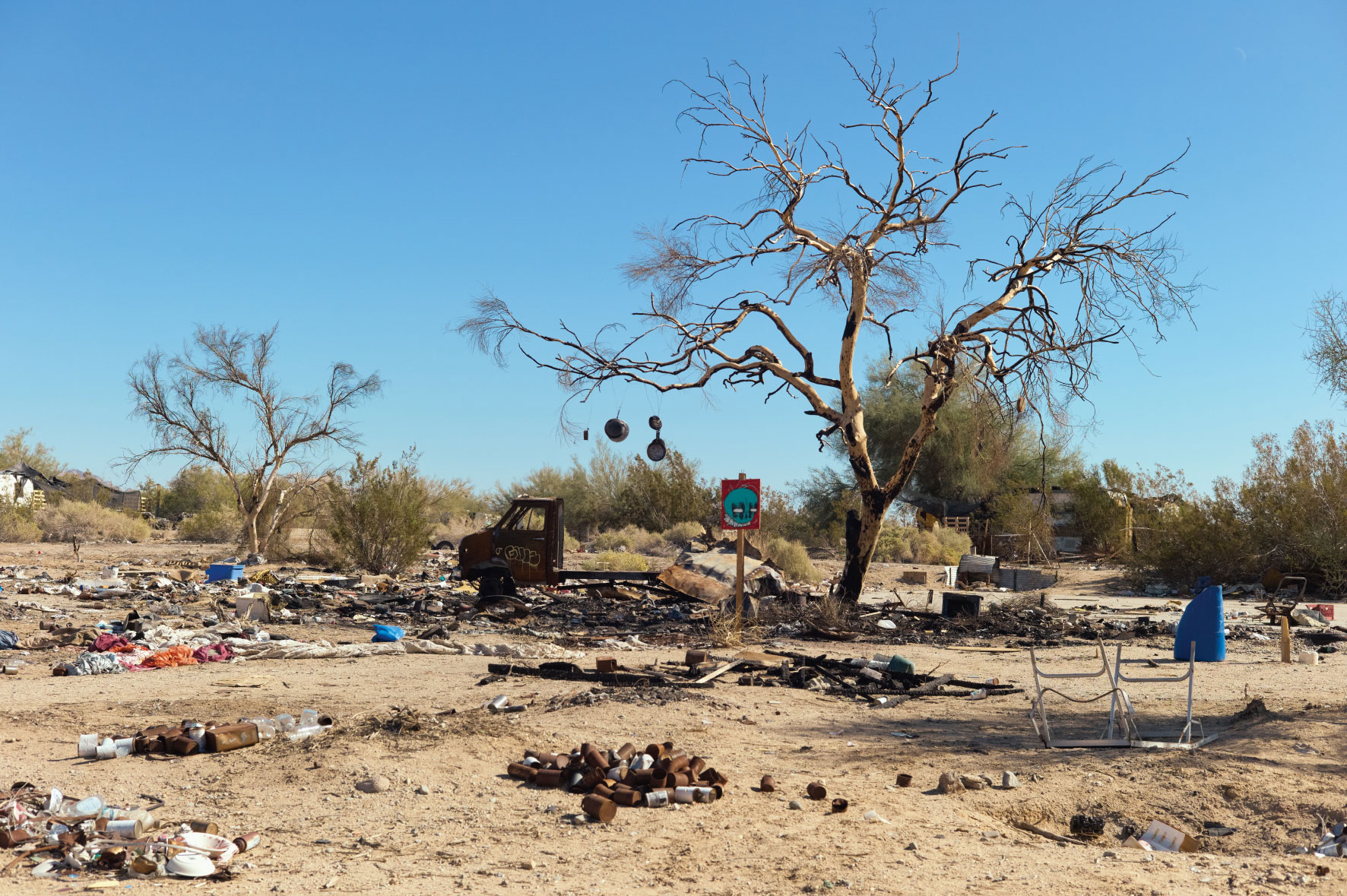 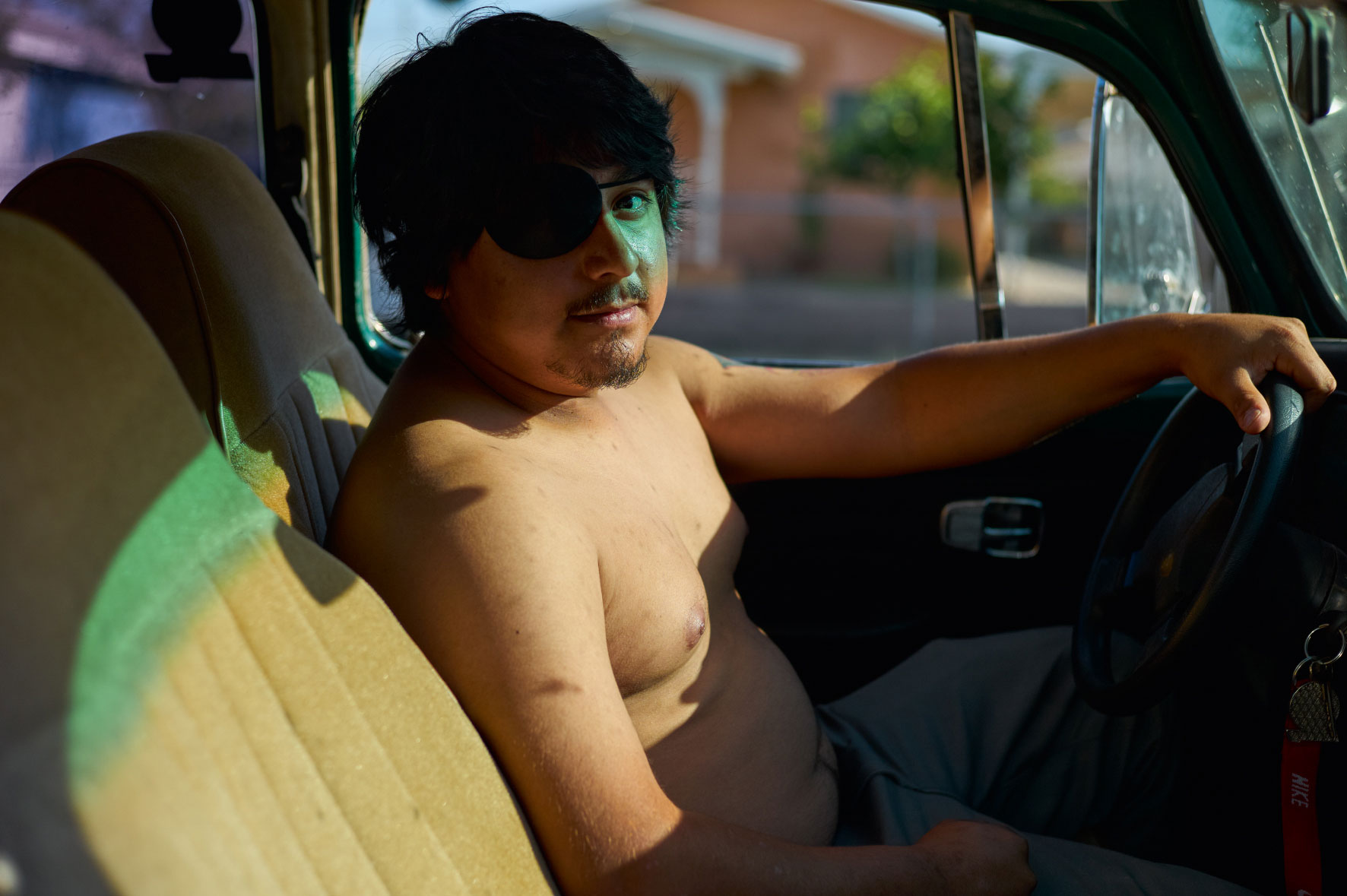 Chris in his Beetle, El Centro.

“The system has even managed to make some of them believe they are not good enough to sit down at the table… And that can break you.”

Instead Lars’ only intention was to capture the vibe, without judgement or even technical precision, before letting people draw their own conclusions. 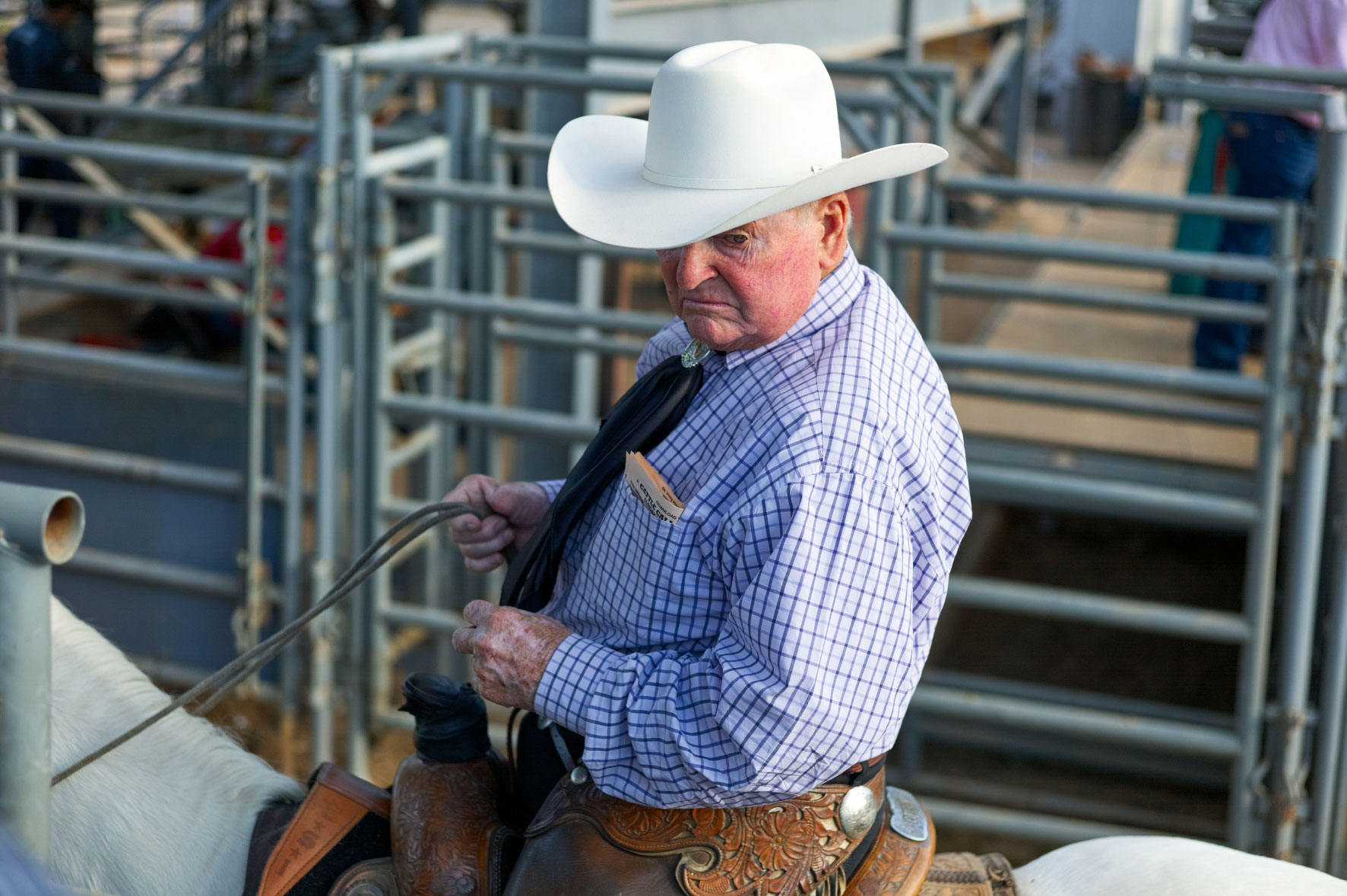 Supervisor at the rodeo, Brawley.

“If I had to name one shot that I feel most connected to, it would be the one of Hailey with her baseball bat on the tracks,” he says.

“Most people mistake her for a young boy, but she is actually a 13-year-old girl. The way she stands there looking snotty, in this rough environment, with her creased El Centro shirt – it all just made me want to hug her and tell her that everything will be alright.”

Growing up, Lars became fascinated by his grandmother’s old Polaroid at an early age – “I couldn’t believe the magic this machine was making” – and later, around 14, his uncle passed on an old analogue Minolta SRT, for which he had to save up to buy a lens. 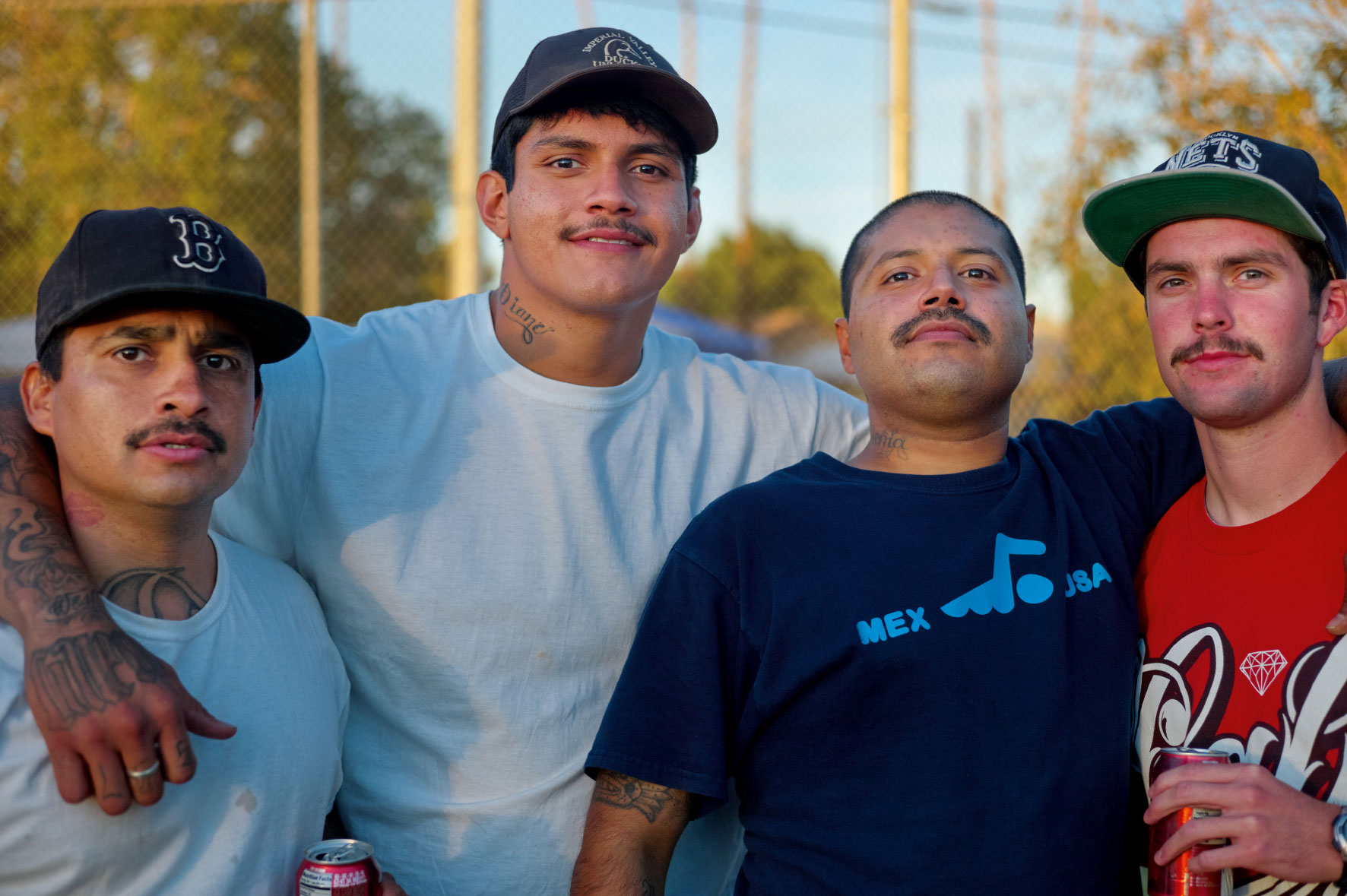 There, he shot some raw portraits of people on drugs, “close-up with a flash”. But despite being encouraged by his tutor, Lars felt uncomfortable with that approach and decided to hone his style another way.

By the time he began Imperial County, however, he had it fine-tuned: being honest from the start and investing enormous time in the people he shoots.

“Sometimes we’d spend a day together before I even took the first picture,” he says. “I’m also not pushing the people I photograph into a corner that might serve my project.

“Instead I let them decide what they want to give me – which is often more interesting than what I could have possibly come up with. It also means I’m getting closer on a human level, which I hope is reflected in the images.” 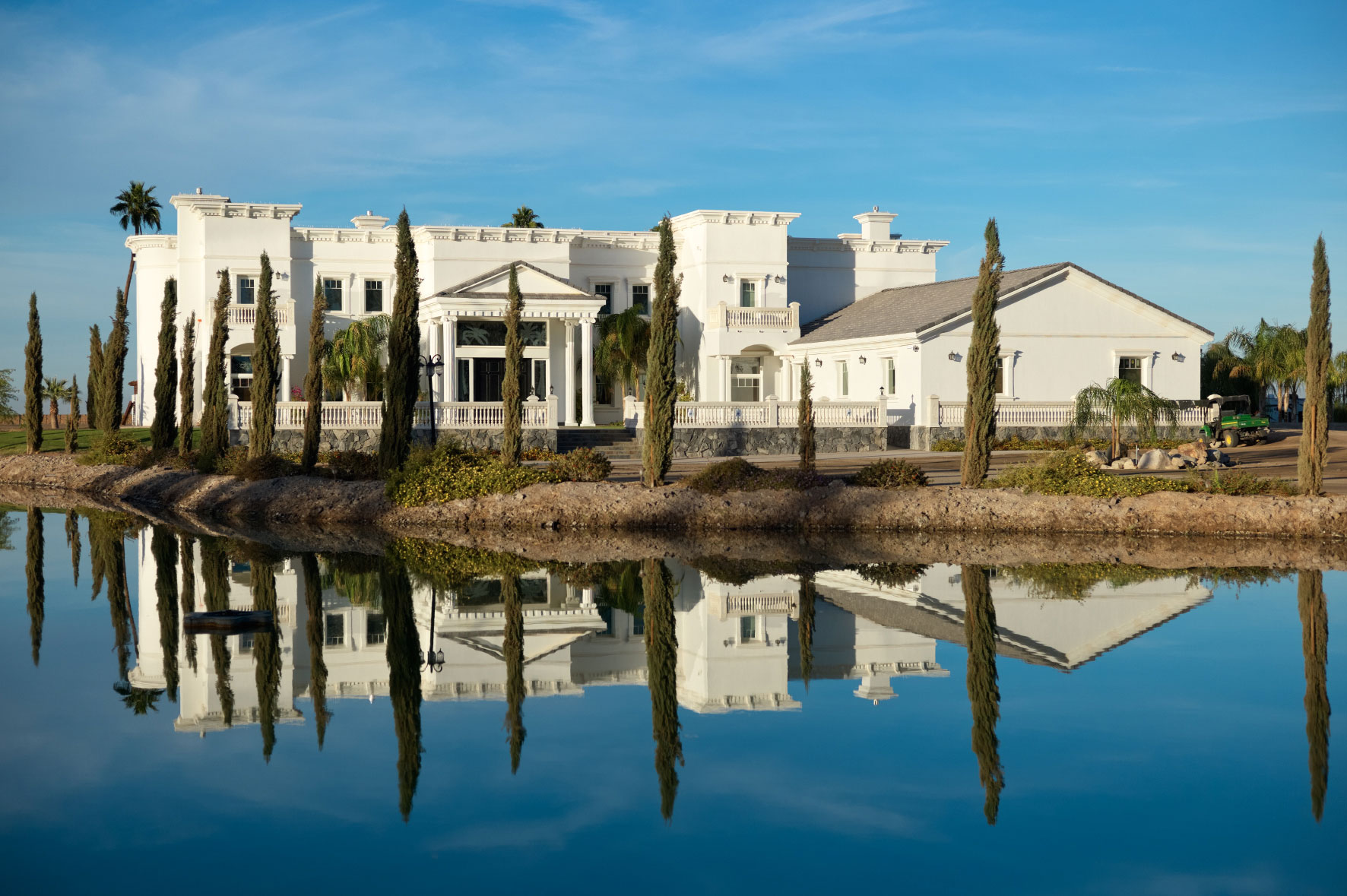 Asked if anything personal drives his work, Lars says it’s his son Levi and the fear that he will inherit an endangered planet.

“If he asks me in 20 years, ‘And what were you doing back when the shit was just about to hit the fan?’ I simply need to have an answer.”

Imperial County is published through Kehrer Verlag. Find out more about Lars Borges or follow him on Instagram.

Linkedin
RELATED ARTICLES
OTHER ARTICLES
As the cost of living crisis bites, letting go of treats to keep us going is proving difficult – but we should’t just blame ourselves for our financial worries.
Alternating between colour and black-and-white, the photographer chronicled sexual liberation, economic crises and the repercussions of the war in Vietnam.
A new documentary tells the story of an unassuming cul-de-sac of 13 timber framed houses built by Fusions Jameen – London's first Black housing co-op.
Recent research is highlighting the drug’s enormous potential for treating substance abuse.
Jack Lueders-Booth reflects on capturing the community that lived and worked along the city’s busiest railway route during the 1980s.
Proponents of personality tests argue that they’re necessary to find the best person for the job – but in practise, they’re often discriminatory.