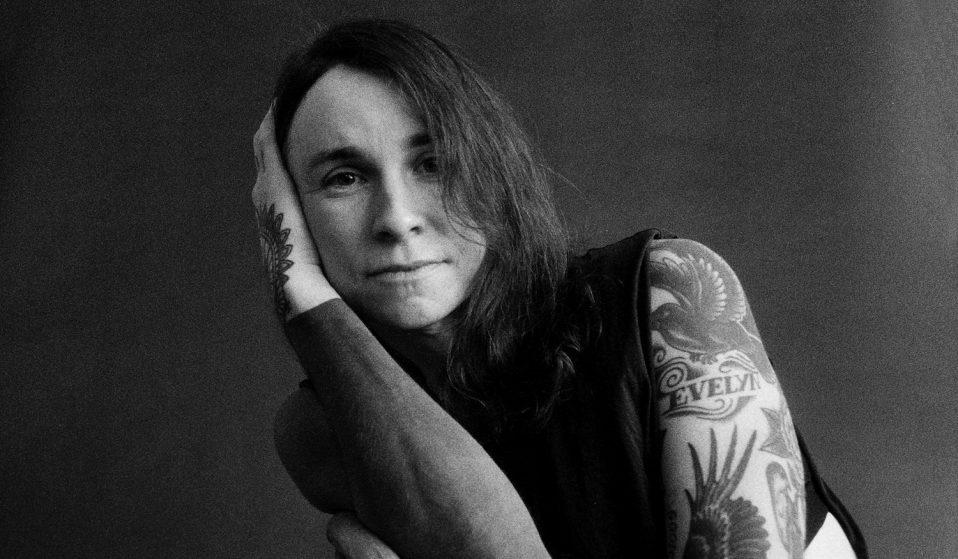 Text By Text by Ben Smoke

'It’s a time for action'

The Against Me! singer talks to Huck about capturing the anxieties of the present and the brutal realities of contemporary America in her new solo album, Stay Alive, and why it's still not a time to panic.

All things considered, three months is a fairly short amount of time. It is especially short, Laura Jane Grace assures me, where releasing an album is concerned. And yet, the Against Me! singer finished recording her latest album, Stay Alive, in July and within just a few months, it’s been released. In ‘normal’ times, that turnaround would be extraordinary – but these are not normal times.

Even in the few weeks that span the space between us sitting down to chat over Zoom and this moment – the world, and the shape of it – seems to have changed irrevocably. A chaotic presidential debate tipped into a dramatic Covid-19 diagnosis and then the first presidential hospitalisation since the 1980’s upturned the already frenetic American political reality, painting itself on the pandemonium of a deadly global pandemic.

No, these really are not normal times. I, like so many, have spent much of this year confidently declaring that there is simply too much news. At any given moment, the events that pepper 24-hours in 2020 would usually be enough fuel for weeks worth of news cycle. Now, they barely make a dent.

For many artists, the sheer volume of chaos ricocheting through every waking minute might prove to be too insurmountable a hurdle to climb.

How does one capture this moment? How does one create within it? How does one craft something that makes sense in a world that seems to completely reorientate itself with every passing hour? In Stay Alive, Laura Jane Grace has managed to wrestle with each of these questions and come out on top.

The album – a seismic departure from almost everything she’s done before – is not an acoustic album. Of that she is very clear. Tongue wedged deep into cheek, a note written by Grace that accompanies the album’s press release reads as follows:

“If at any point you refer to this album as an ‘acoustic album’ my 6 string strumming ghost will haunt 10 generations of your family every night of their lives with bedroom busking from 11pm to 5am :)”.

In explaination, she tells me: “The note is just a response to the development of referring to music as ‘acoustic’ as a genre, which is just really lazy and [mostly] completely inaccurate to actually what’s happening with the music.”

A smile paints itself over her face as she admits that in fact, this was not how this album was made. Laura sat in front of a microphone, with her guitar, and just played. This album, vociferously not an acoustic album, was created entirely acoustically.

The 14 tracks of Stay Alive, stretching across just 29 minutes, represent more than just a musical undertaking. Collectively, they come together to mark a moment. Or rather, to mark the gargantuan task of reckoning with that moment. 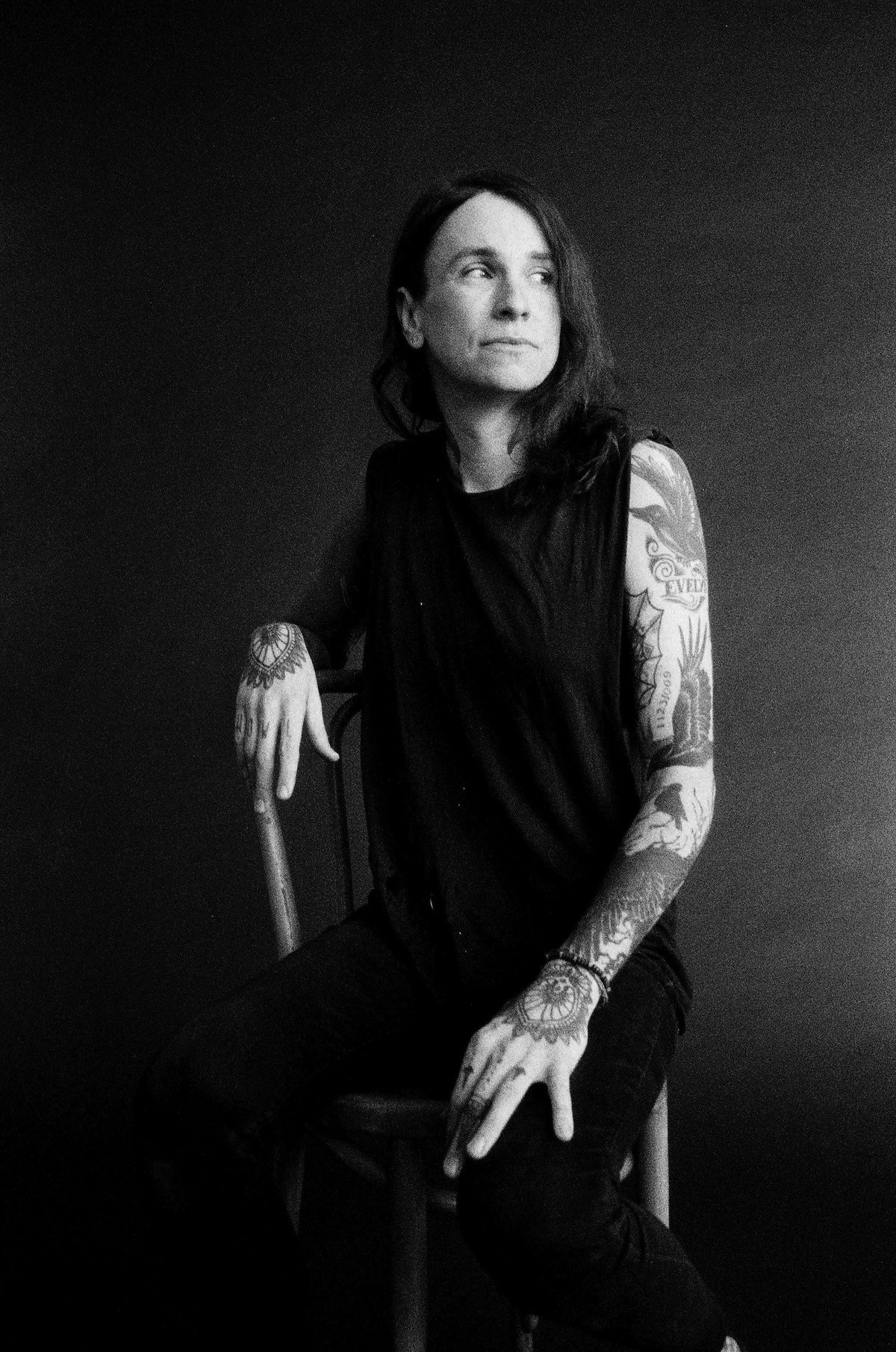 Arriving back in Chicago after the last Against Me! tour, Grace was eager to get back in the studio. She had years worth of songs ready to record; notebooks worth of lyrics just waiting to be screeched and laid out over the driving guitars and raging drums that characterise the band’s sound. But when Covid-19 swept in, with members of Against Me! dotted across the country, this soon became impossible.

Worried that her thoughts, feelings and observations would feel stagnant if she waited until she might next be with her band – “which could be years”, she says – Grace booked four days of studio time and set about creating the album.

I think we’d all be lying if we said that at some point in the last six months we hadn’t felt scared. That we hadn’t felt a kind of desperate pang in the pit of our stomachs or an overwhelming sense of dread freezing our veins with every heartbeat. Whether it’s coronavirus, the current political climate or the impending climate catastrophe, there’s no dearth of reasons to feel terrified.

In Stay Alive, Grace doesn’t shy away from this. If anything she, and the relative sparseness of the album, lean into it. It’s breathless, almost caustic strumming captures the anxiety of the now, as Grace picks her way through a mix of heady memories and the brutal realities of contemporary America.

At the end of the opening track, the refrain ‘song that feels like the death of everything’ feels rooted in the apocalypse of the moment, while the chorus of Hanging Tree, ‘God is good and God is great, now get the fuck out of the USA, Christ like the American way, a burning cruxifix and a hanging tree,’ points to the rolling political and social catastrophe that has been raging through America for decades.

It’s an album of acceptance and resistance. “Staying alive is resistance,” Laura tells me.

With just two weeks to go until the US election, it feels like many across America, and indeed the world, are holding their breath. Another four years of Trump means callous chaos, a continued rise in hate and, for some, certain death. Against that backdrop, staying alive seems like the most radical thing one can do.

In 2016, just two weeks after Trump’s victory, Grace, in an interview with the Guardian, resolutely declared: “Panic isn’t the answer.” As one of the most high profile transgender people in the music industry – having publicly come out as trans woman in 2012 after finding success – she invariably finds herself as a spokeswoman in times of upheaval.

“I’ve thought a lot about that interview specifically in the last couple of months” she muses. “It felt like a lot, that close after he had been elected for me to give some kind of statement to say this is what this means, or this is what you should do, when there was no way to predict…”

“I guess that while that sentiment has not changed – that this is not a time to panic – the question is, what is it time for? And I guess it’s a time for action.”

As we talk, Grace lays out the pattern of the last 20 years of her life. Years spent touring, creating and experiencing; bookended by brief, fleeting periods of being still. It’s a life she loves. One she craves, but one that’s been stopped in its tracks – a feeling that reverberates across the world.

Stay Alive was born of Grace’s need to do something. Artists, she insists, must keep creating. People, if they can, must keep working and building. At its heart, the album is a message to keep fighting. To turn up for each other. To use this moment to reprioritise, to seize the opportunity to forge something better. To make sure you’re there for what comes next.

“It doesn’t matter, as long as you’re staying alive – just get through it.” She says, “Stay alive and be there on the other end of it. That is ultimately what is most important.”

Linkedin
RELATED ARTICLES
OTHER ARTICLES
The revered showbiz chronicler recalls his journalistic beginnings, documenting subcultural scraps in the ’80s.
In the last of our dispatches from OFFF Barcelona, Rufus Deuchler and Vincent Gault discuss the future of creative process.
Members of the collective share some of their reasons to run as part of #UnitedBySummits, a campaign that looks to uncover transformative power of the outdoors.
A group of Ukrainians living in Poland are helping Ukraine withstand Russia’s brutal invasion by buying supplies and shipping them directly to the war’s frontlines.
In the latest OFFF Dispatch, the enigmatic designer dives into his process, connecting the dots between his unique and varied creative output.
While protests over abortion rights rage in the US, access to abortion services is still almost nonexistent in parts of the UK.