Art & Culture / Is Law Holt the upstart that pop music so badly needs? 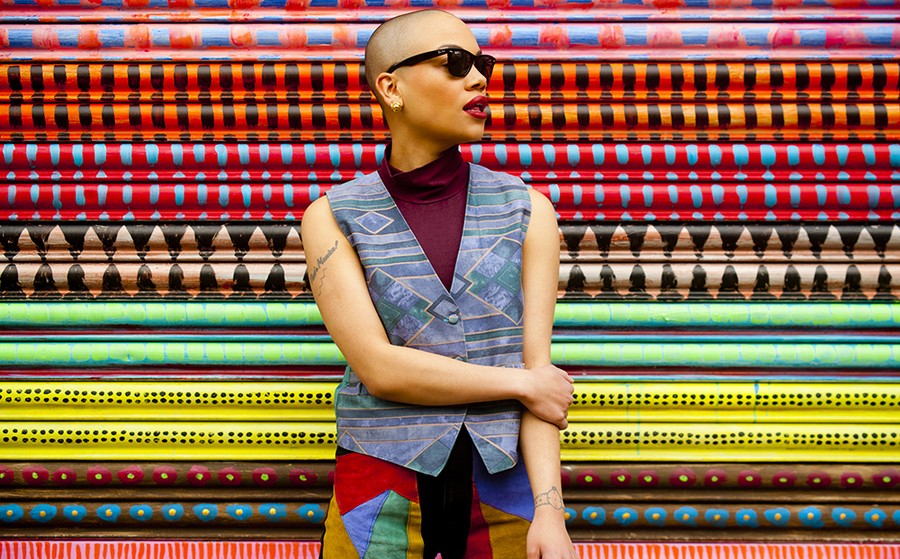 'Nu-glamour', 'apocalyptic R&B', 'the antidote to karaoke pop' - call her what you like, but singer Law Holt is an unconventional talent ready to cut through the music's industry bullshit.

After an unprovoked attack on public transport, singer Law Holt dug deep to get her career back on track. Now she's ready to kick some ass. 'Nu-glamour', 'apocalyptic R&B', 'the antidote to karaoke pop' - call her what you like, but this unconventional talent is here to cut through the music's industry bullshit.

It started at a charity shop. Law Holt had been working at a Salvation Army in Scotland when her colleague asked, ‘What’s your thing?’

No one had ever quite put it like that before, but she decided to answer honestly. At the age of 16, Law had started singing at every open mic night she could, playing in cover bands of all different styles.

No names were mentioned but, somehow, her colleague’s husband found Law’s stuff online. He turned out to be Tim London, the music producer who got his start with pop trio Soho and had more recently begun working with unconventional hip hop group Young Fathers.

They started collaborating (he’d produce the beats, she’d put her stamp on them) and the industry quickly took notice – Law’s sound even inspired a unisex perfume.

One day, while taking a bus to Leith, a woman launched an unprovoked attack on Law. The severity of the injury required several operations to save her eyesight, derailing a promising trajectory.

But while the buzz may have tapered out, Law didn’t lose her momentum. She kept recording at night, seeing her day job in catering as a reminder to stay creative, to never lose focus.

What Law came up with is City: a debut album that’s as unconventional as it is catchy, full of grinding electronica and brooding hooks. 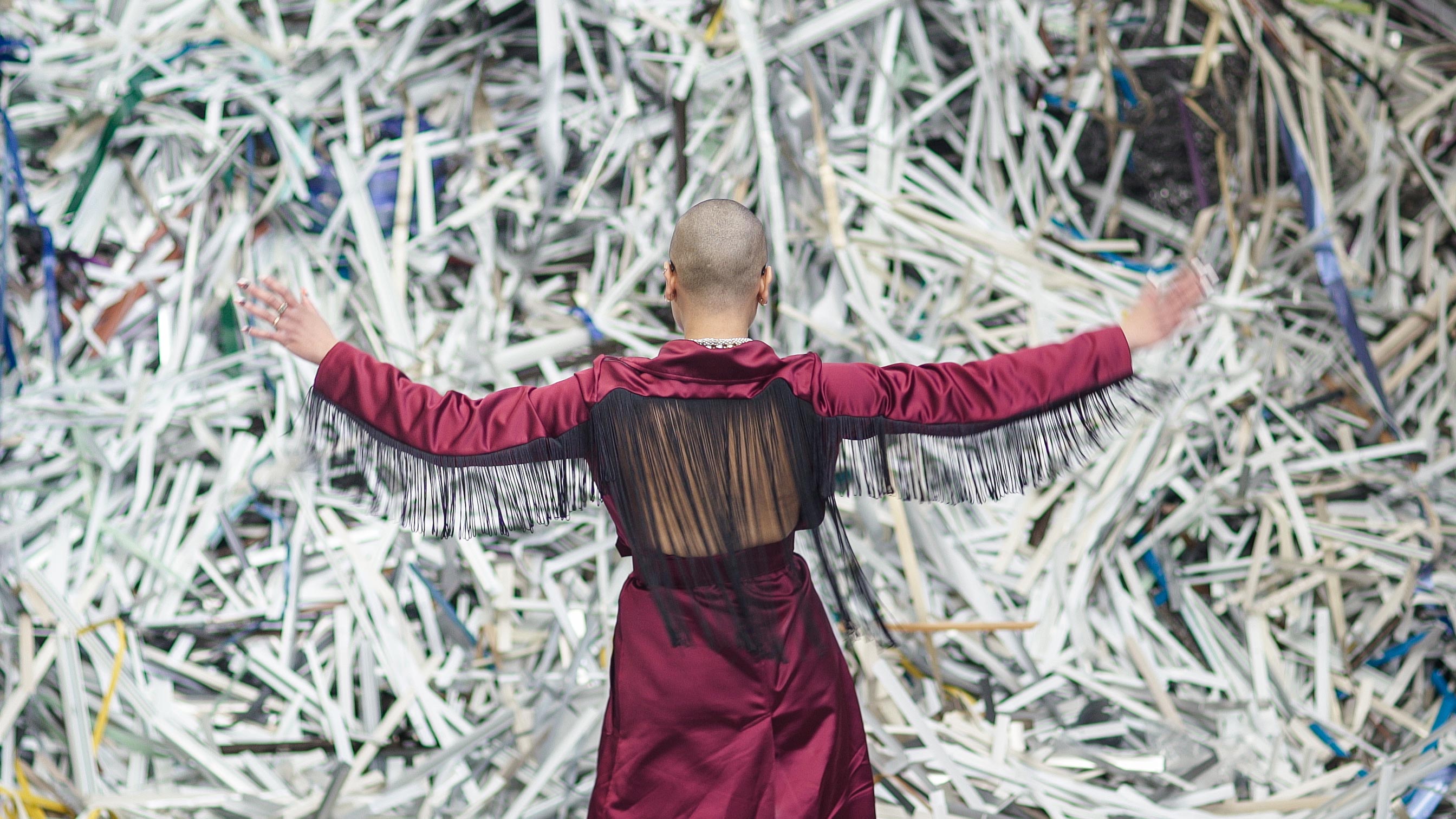 It’s easy to imagine Law as an intimidating presence. She has a stark image: always with a shaved head and shades, looking like someone that’s not to be messed with.

But when she turns up at Huck’s office – wearing a blue pullover, jeans and black Doc Marten boots – the 28-year-old (real name Lauren) is warm and so full of energy that she can hardly sit still, revealing herself as a refreshingly straight-talker.

There’s a lot of frustration, loneliness and disconnection in your music; you’ve talked about the dangers of living our lives online. How do you think social media affects how we see ourselves?

I just think it makes people feel bad about themselves. Apparently it’s part of our human psyche that when we feel bad, we tend to drag ourselves down even more.

So when you’ve had a shit day, the first thing you do is go on Facebook and find some old school friends who are doing really well. [laughs]

They’re going on amazing holidays or there’s someone so gorgeous that you think, ‘Oh, I wish I was as pretty as her.’

It seems like the way people look now has become even more important than being a decent human being. It’s as if looking good completely validates everything you do in your life and I don’t think it should be like that.

We’re all insecure. It’s just a question of whether you feed it or not. Life is hard enough without people being horrible to themselves all the time.

Be horrible to yourself if you’re a dick, by all means. But if you’re not the best looking person in the world, it doesn’t matter. It’s not that important.

How you feel about using it to promote your work?

There are few compromises I’m willing to make in this business but that one I’ll do. [laughs] I used to just go to an internet cafe and check my email every three days. It took me ages to reply to anything. But I was happy because I was oblivious.

The more you know, the more stuff pisses you off. The more you look, the more you want. People are out shopping all the time because they’re always looking for stuff to buy.

You’ve moved around a fair bit: from Leicester to Liverpool to Edinburgh to London. Was it the pursuit of career that drove you?

Just being in Leicester was enough of a push to get out. It was rubbish living there. You see people who get to a stage where they think Leicester is the world. Honestly, that’s how small-minded it is.

If you get to the point where you think you’re important because you’ve got status there and everyone knows you, that’s when you need to leave. You can put yourself somewhere like London and make it a challenge for yourself, whereas if you stay in a town like Leicester, it’s the easiest thing you could ever do.

And how have you responded to that challenge?

I feel like it toughens you up a little bit. I think if you can survive in London for a few years, that’s an achievement because it’s not easy. But, like anything, it’s just how you approach it. I just see the city as little manageable pockets you can try to get to grips with.

I think Londoners have this sense of self-worth: I’m here, I’m a human being, and I deserve to be treated with respect as a basic right. People in other cities, like where I’m from, tend to take the easy option… whereas sticking it out in London is definitely not that.

What about getting away from it all in the middle of nowhere?

Fuck that. I’d be a novelty act. ‘Have you seen that bald, coloured one who’s moved in? She looks like Grace Jones!’ All that shit? No thanks.

What’s the best piece of advice someone has ever given you?

I was at the Mercury Prize and this little girl – the daughter of a producer or somebody – had an autograph book but was too shy to go up to any of the famous people. So I said, ‘I’ll get some for you!’

I went up to Damon Albarn and he was like, ‘Eh, what’s this?’ So I explained and he said, ‘If you want to get by in this industry, be nice… but don’t be too nice.’ [laughs] That’s good advice. Nice guys finish last in the music business.

What have been some of the biggest challenges trying to break into it?

If you’re half decent, getting your foot in the door isn’t [that much of a challenge]… It’s keeping your foot in. People are excited by something that’s new. When we put out ‘Hustle’, there was a little bit of buzz. That wasn’t difficult: we just made a video in a bloody Travelodge and put it on the internet, you know?

But ever since I had my eye operation and stuff, it’s harder because people are like, ‘Oh, we know what she does. Let’s get someone new in.’ And if you get someone new in, you can manipulate them a bit more… whereas now people really can’t tell me what to do.

Was it disheartening to learn that?

Yeah… it was. When you’re always pushing for a dream, you can go into it a bit naive – thinking people genuinely like you as a person and want to be friends. Like when ‘Hustle’ came out, there were all these interns on coke with fuckin’ pompadours and Hawaiian shirts.

You can get a bit of excited by all that and start to think it’s real. Maybe if I’d carried on the way I was, I might have got involved in something that wasn’t really right for me just because I was following the dream of wanting to live off music.

I mean, you don’t want to work in catering forever and if someone’s offering you a packet of money to put some music out – I can see why people go for it even if it’s not right for your credibility or the integrity of your work. But now I know what those people are like.

Now I know that whether I work or don’t work, whether I’ve got support or not, I’m still putting out music and that’s what I want to do. It doesn’t matter if it gets recognised now or when I’m dead… as long as I put it out. 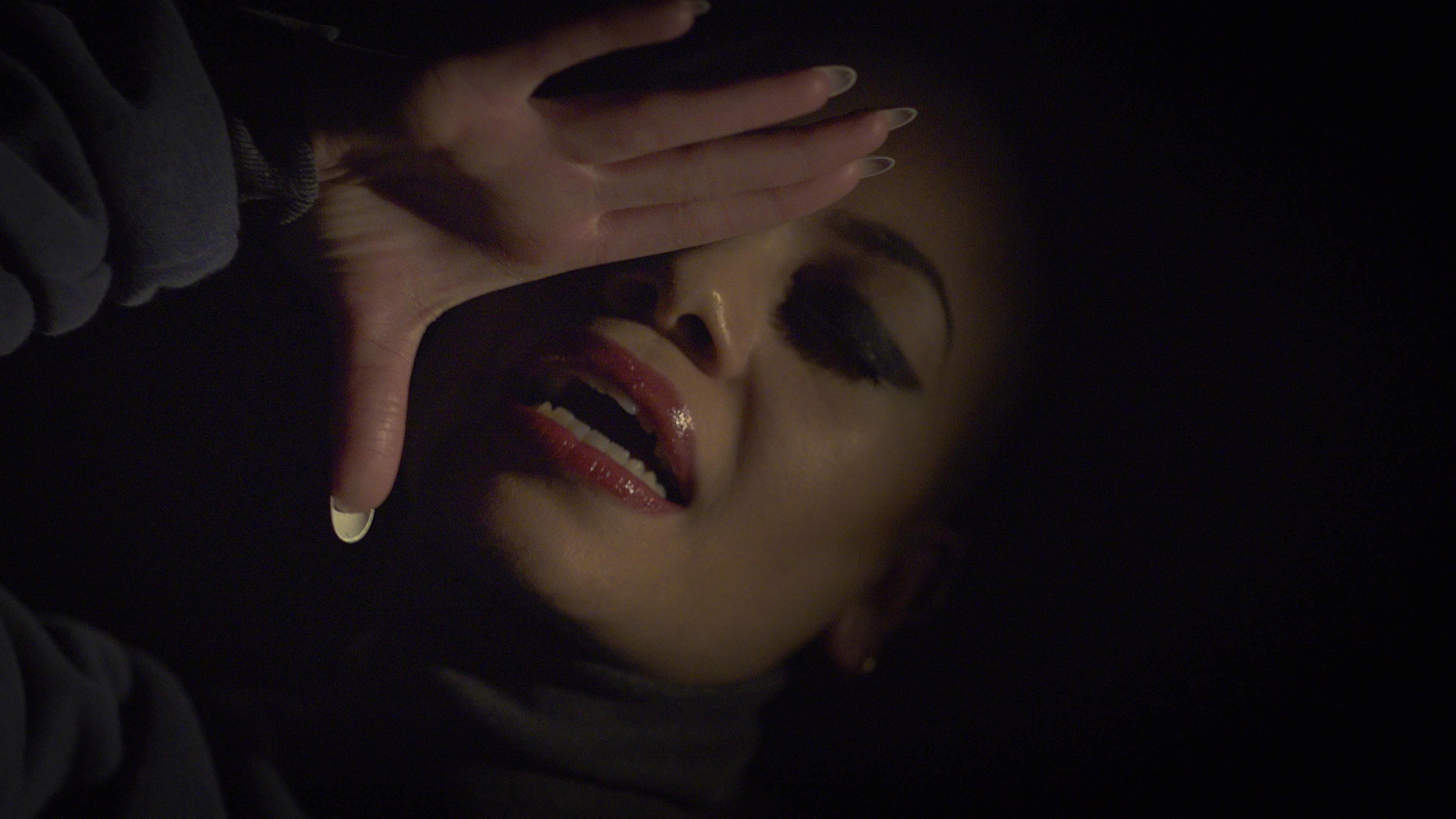 What’s your idea of success?

What people listen to is not about quality. It’s about how much money is behind it, how much PR it’s got. And there’s a big void between what I’m doing, alternative music, and Beyoncé or whatever. To make a living at my level, you really need to make a jump to somewhere else.

When I was growing up, I had dreams of being like Whitney Houston or Mariah Carey. That’s why I did all the open mics and that stuff; that’s what people’s idea of success is: if you’re not Mariah Carey, then you’re nothing.

I think I’ve still got a little bit of that in my mind… but when you adjust your expectations to doing your music, everything changes. Still, I’m not asking for a lot. I would like to get signed and have some proper support because I think the music deserves it. That would be my idea of success.

City is out on Soulpunk. Check out Law Holt’s website or listen on Spotify.
Feature image by Kat Gollock. All others images, Rare Bird Media.

Linkedin
RELATED ARTICLES
OTHER ARTICLES
AI companies that develop image-generators using copyrighted artwork from the internet are coming under fire from artists who say that it amounts to theft.
The action took place in response to the 200 asylum-seeking children who were placed in hotels run by the Home Office who have gone missing.
Photographer Sean Maung reflects on documenting a small town in Pennsylvania afflicted by high levels of unemployment, poverty, violence, crime, and addiction.
A new law change is enabling Britain’s donor-conceived children to know the truth about their origins – but campaigners say the fertility industry must do more to protect people.
Social prescribing connects people with non-medical support to improve their health and wellbeing – but some experts worry it’s just a stick plaster solution.
A new exhibitions brings together the work of photographers who documented the deep unrest of these pivotal decades.