Art & Culture / LD, godfather of drill, speaks out from behind bars 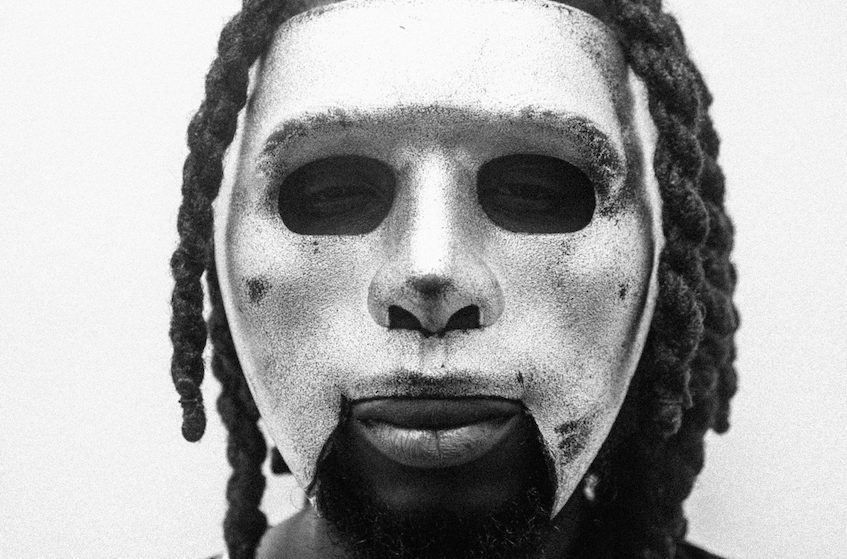 To mark the release of his new LP, the frontman of south London group 67 calls from prison to discuss his fraught past, dismantling the Tories and embracing the multitude of ways drill has evolved.

To mark the release of his new LP, the frontman of south London group 67 calls from prison to discuss his fraught past, dismantling the Tories and embracing the multitude of ways drill has evolved.

“I know my true fans will always be there, but I feel forgotten,” LD says quietly over the heavy static of the telephone. “I just want them to understand what I was going through and what I’m going through now in life.”

One of the pioneers of UK drill, LD, formerly known as Scribz, is speaking from jail. Static crinkles at the end of the phone line and there’s a protracted pause before any of his answers, each word carefully weighted with the amount of time allotted to his call. Since UK drill first burst onto the scene in 2014, LD – alongside his crew 67 and many other drill rappers – has become a target of racial profiling and court orders. In music videos, public appearances, and photoshoots, he dons an MF Doom-esque mask, after legal problems forced him to quit rapping under the alias Scribz. In 2018, LD was arrested alongside fellow 67-member ASAP and sentenced to four and a half years each for dealing heroin and crack cocaine across county lines.

It’s the second time he’s been sent to prison for a lengthy stretch. But, last year, LD beat his case – and with the hopes of being released from prison early – his LP Who’s Watching serves as a hint of what’s to come. Over 11 sprawling tracks, it’s a visceral statement of intent from UK drill’s godfather, a reminder that he may have spent a long time behind bars, but he’s still one of the most talented MC’s the UK has produced.

In early 2019, when he was “getting ready to move out of London”, LD wasn’t found guilty yet. He had started making this album and after being arrested, “managed to get bail, so while I was on bail, I used that energy to finish [the album]”. But the thought of another stint behind bars weighed heavily on him. “There was a chance I could’ve got five years,” he says. “They were trying to paint me as someone I wasn’t. I just thought I had to put it all out just in case I could’ve been in here for years.” 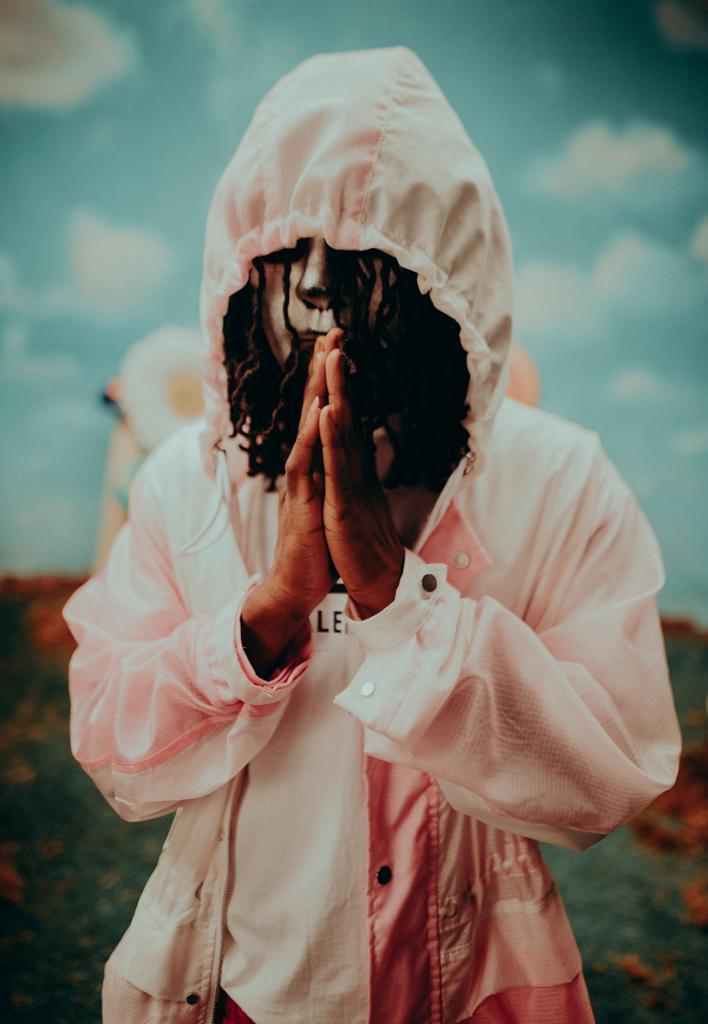 “I’m sitting in court/praying to God” LD begins the album. “I’m ’bout to be judged by twelve/There’s nowhere to run in the dark/My mum would rather her son in jail/Than see us lining the box,” he continues. The icy, vulnerable ‘Intro’ sees LD shedding his tough-guy persona to leave himself exposed, wearing himself inside out.

LD’s visceral lyricism and ability to paint a story succinctly over ice-cold beats is still a hallmark of his sound. On the album, he reinforces that he is UK drill’s undisputed Godfather. There are anthemic hooks on ‘Fell in Love’ and ‘99 Problems’. The reflective ‘Outro’ is gorgeous, while tracks like ‘Free Smoke’ and ‘Out on Bail’ see the rapper embracing the multitude of ways drill has evolved.

“I didn’t want anyone else on it,” LD emphatically states. “I didn’t want features because this is my story.” Who’s Watching sees LD as his most accomplished – it’s the strongest project yet from a rapper who helped birth the genre and is now clearly keen to leave his legal troubles in the past.

Seven years ago, in Brixton Hill, the infamous UK rap crew 67 was formed. LD served as the frontman under the moniker Scribz. His track ‘Live Corn’ was released in 2015 and had the wider industry paying attention almost instantly. Over fast-paced triplet hi-hats, LD painted a gritty scene. It was the authenticity in his bars coupled with his mimicking of the Chicago drill scene, headed by Chief Keef which had emerged a few years previous, that made LD an alluring figure.

Over the course of seven years, UK drill evolved significantly from gritty rap to music for the clubs, with each new emerging artist bringing their own flavours to the shop. Some of the early producers from the scene, like MK the Plug and M1 on the beat, have become highly sought after and globally recognised for their production. “That makes me happy,” LD says. “I remember when all of these guys started producing and popping up out of nowhere.” The UK took the Chicago formula and launched it to the world, influencing scenes in Sydney and Lagos, and feeding it back to America in the process when New York rapper Pop Smoke’s sound felt directly influenced by the UK.

“I never knew it was going to blow up,” LD says. “I never knew guys in New York, Africa and Australia will be taking that sound. It feels good. Like there’s an achievement in my life, like you’ve done something good. ”

The 67 collective, made up of LD, ASAP, Dimzy, Monkey, SJ, Liquez, alongside their wider creative team, rose to prominence with a slew of mixtapes and achieved mainstream success with the 2016 track ‘Let’s Lurk’, a collaboration with UK legendary rapper Giggs. The group went on to perform at Glastonbury, across Europe and started to influence the rest of the UK. Drill became mainstream. “A bunch of people just got on beats,” LD says of that time. “We just tried to shred the beats up.”

The rise of drill coincided with an epidemic of knife crime in London; a coincidence that no one could have foretold. Mainstream right-wing populist outlets attributed the violence to the lyrics in drill. The police were also quick to pay attention. With his mask on, LD appeared on Newsnight to defend drill against the moral panic that was rising. Form 696, the controversial piece of government legislation that shut down countless shows since its inception in 2005, was used against drill artists and YouTube followed suit, controversially removing more than 30 drill videos in the wake of complaints from Metropolitan Police.

“To me, that was phase one of drill,” LD says. The rough jaded lyricism found in those early days was a reflection of the reality many of the rappers had lived. “Phase two was what came after, all the hooks and getting a bit more catchy.” 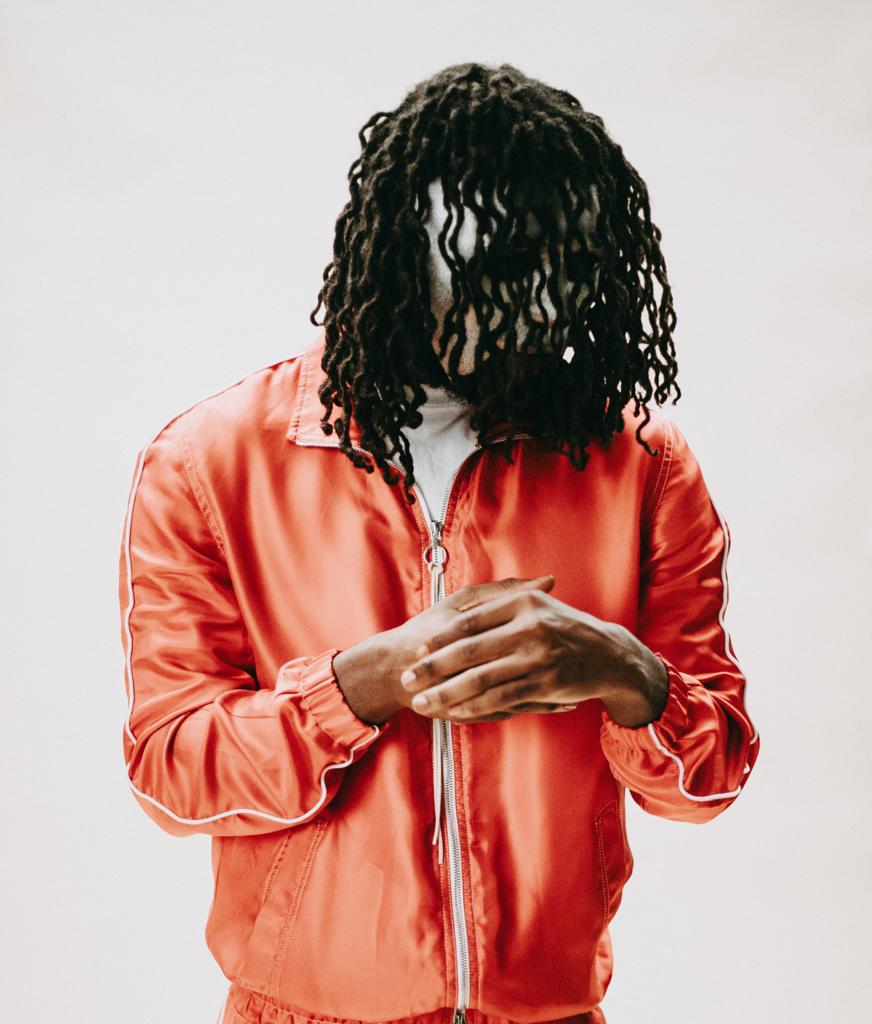 LD’s debut solo album, The Masked One, was an indicator of that. And now, the culture is in the midst of phase three, where “these new kids, they’ve got a million different flows. They’re allowed to make it a bit funny”.

He’s looking forward to the feedback on Who’s Watching and his life post-release, contemplating his moves already. He once said that “it’s like a game of chess” but now wants to finally “get that checkmate”. When pressed on how he’d do it, his first response was a collaboration. “Drake jumps on anything,” he says. “That’s not enough for me. I need to get someone like Lizzo on a feature, someone no-one will expect. That’s when I know I’ll be there”.

Before he hangs up, LD takes a long pause. He has a few words of wanting to get more people to vote, to support Labour and dismantle the Tories, but he reserves the harshest words of the call for himself.

Now that he’s the oldest member of the scene at 28, LD has taken this stretch behind bars to ask himself what the responsibilities are as the so-called godfather. “Before I was like ‘it is what it is’,” he says. “It’s not that I didn’t care but when I come out, it’s going to be a new chapter in life, man. [I need] to get me where I need to be and let everyone understand where I’ve come from and [what I’ve] gone through. This is for other people.”

“I need to be more approachable,” he says. “I need to bring my defence down. Forget about all the negative stuff that’s happened and held me back because that’s always been in the back of my mind, so once I let that stuff go, I’m free to fly.” 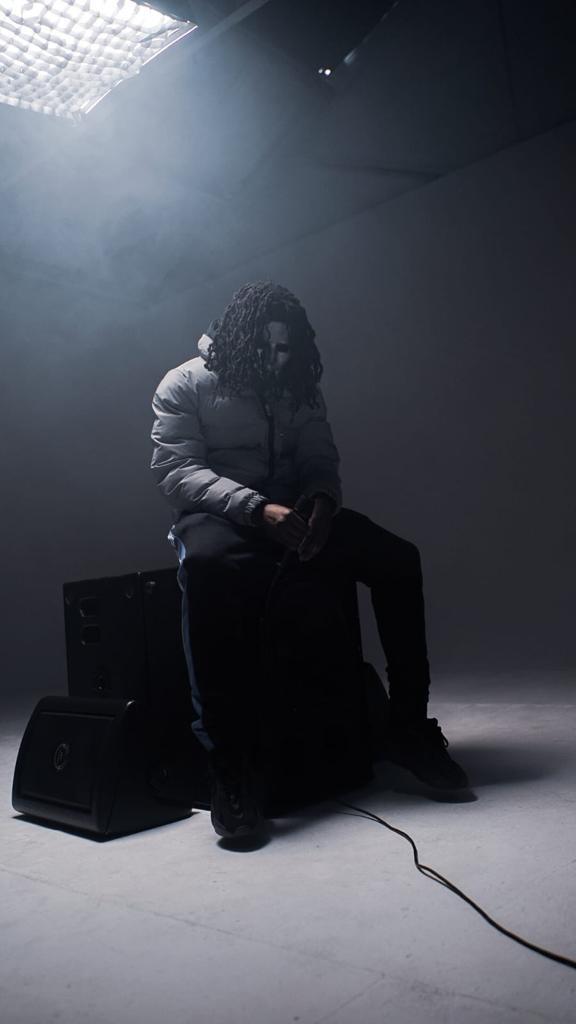 Linkedin
RELATED ARTICLES
OTHER ARTICLES
LGBTQ+ students are keeping the spirit of the original Pride alive by fighting for liberation for everyone, not just their community.
Photographer Arthur Grace recalls travelling through the Soviet Bloc and finding ways to evade the surveillance of his work.
Wealth inequality and the rising cost of socialising is placing a strain on people’s relationships, reports Eve Upton-Clark.
Freddie Miller’s new series of photographs investigates who today’s trainspotters are and what drives their unfettered enthusiasm.
Photographer David Hoffman recalls documenting the extreme wealth inequality around Tower Hamlets and Hackney int the 1980s.
The author discusses the all-consuming nature of heartbreak, and turning the experience into an incisive exploration of love and loss.