Art & Culture / Black On All Sides: Five lessons we learned from Teju Cole 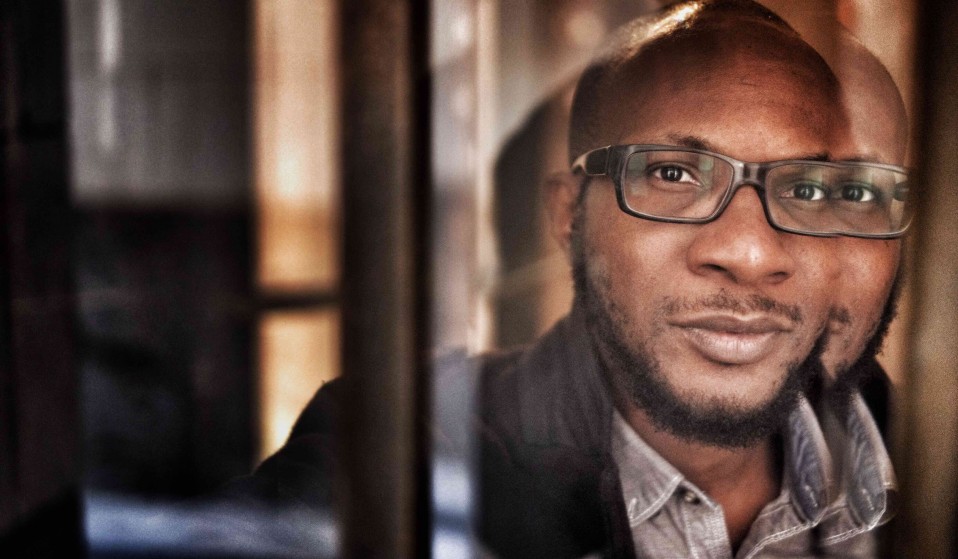 Award winning author, photographer, journalist and historian Teju Cole spoke in London last week about blackness and identity. Here's what we learned from Black on all Sides.

American-Nigerian Teju Cole is a celebrated writer, art historian, and photographer, currently based in New York City. Growing up, Teju’s time was spent between Michigan and Lagos, going on to study in his hometown and in London before undertaking a PHD at Columbia University. His novels and social commentary have won awards, and his ideas have spoken to and inspired a generation. Last week he presented ‘Black On All Sides’, a lyrical photographic essay, hosted by the Decolonising Our Minds Society – a London based collective using cultural events to deconstruct the legacies of colonialism.

Interrogating multiple dialogues between black diasporic experiences – around the world and across time – Cole used music, his own photography and prose-poetry to present a cerebral narrative that was by his own admission, “a little weird”. Here are five things we learned:

“Blackness is not empty. It is information at rest”

What happens when we stir these waters of information? When we start to speak and see through them? When we explore and probe our own experiences? These are the questions Cole seemed to posit with the statement above, itself a great undoing of many of the constraints that limit the idea of what it means to be black. If blackness is not an empty vacuous space, it cannot serve as a dumping ground for the colonial imagination, nor is it innately or inextricably tied to the ills of history that began with European contact in Africa, Asia, the Americas or Oceania. If blackness is information at rest, it is the holding space for other bodies of knowledge, and other ways of seeing that have been silenced, eroded, hidden or simply lived in the shadows.

Information at rest can take two forms. The first – things you know by virtue of being black: “As a white person you need to know how to be white. As a black person you need to know whiteness as well as your blackness. You end up knowing a lot more. There is an autonomy to black experience, and not everything about black life needs to be explained. Somethings are codified, end of. My Grandma knew more than most of my college professors.”

Second are the things we don’t get to see, because they are black: “There is a lot out there, black photographers from the 20s, 30s, 40s, 50s; in Mali, Senegal, Nigeria. That’s all information at rest. We have job to do in terms of focusing on what needs to be recovered, and looking past white experience as the point of neutrality.”

We can, and should move “Black and forth”

The phrase above was a slip of the tongue that stuck.

“History is never a one-way journey”, Cole reflected during the Q & A. “We think of West Africa as a site of forced migration, but we forget about the independent networks that were then established – between Nigeria and Brazil for example.” We can trace these networks in the journey of the Amaros and Saros – freed slaves and their descendants who returned from the Americas to West Africa and established their own trade and cultural relations. It’s visible in the interplay and influence of black diasporic cultures – the Yoruba roots of Candomblé. The Cuban influence on Malian music. The influence of African musicians on jazz, pop and rock acts such as Tubby Hayes, The Beatles and Eric Clapton; the enduring legacy of soundsystem cultures, grime and much more.

The black diaspora is an open space that sits between cultures. We can and should grant ourselves permission to move black, back, forth and forth. It’s an independent space that allows for resistance and transcendence, and it’s evident in the marriage of creativity and activism seen in contemporary British work from the likes of Skin Deep, gal-dem, sorryyoufeeluncomfortable, British Values, Shake! born and bread, The Lonely Londoners and countless others.

“Clever jokes aren’t going to save us”

“Tragedy is never an occasion to show being on the right side of a political argument. We’re always engaging with things at a tremendous distance. We need to be able to think and mourn at the same time. If you are only thinking you are losing your capacity to feel as a human”, said Cole in response to being asked to comment on the attacks in Brussels.

Likewise, he added, performative, sentimentalised responses can worsen problems and deepen the divides and short-sightedness that give birth to violence and pain in the first place. In drawing our attention to the bombings last week in Maiduguri, northern Nigeria, (not to forget the attacks which took place in the Ivory Coast and Turkey); Cole also spoke of preserving spaces of humanity.

So what does responding to trauma responsibly look like? “Asking what else is involved”, was his reply. “What are we leaving out? It’s important to look, and keep looking again”.

“In any subaltern position, part of what you know is that liberation is interconnected”, remarked Cole, on intersectionality. But no space should be immune to critique or privilege checks.

“The mushing of experiences is good and bad. Obama is in the White House. I like him there for the sheer annoyance that it brings to some people. But more than 4000 people have been killed by drones that he ordered. Would Hilary be great for feminism? If she became president, quite a lot of women will be hit by some feminist bombs”. It’s a crass joke, if only because it’s shrouded in an unsavoury degree of truth.

We could, however do without getting swept up in the arbitrary symbolism that feeds populist politics, and fails to question or interrogate systemic oppression.

It’s the difference between a society that axes the tampon tax and tweets in victory, but is still content to cut around 70% of local services that support vulnerable women and their families. The romantic people of colour communities that refuse to acknowledge colourism, its related privileges or antiblackness. A society that pays lip service to the most vulnerable, but still makes heinous cuts to those with disabilities. One where we talk about humanity, but people die unnecessarily every day.

“Black people have always been people, and everything should be included”

Cole’s use of The Iliad as a storytelling device in the presentation struck some, including myself at first, as problematic. In a talk about black diasporic identities at SOAS University, why not look outside Europe for inspiration?  “I like to use the Steve Biko quote a lot, ‘I write what I like’. That intimidates some people. I want to make sure that what I do is permeated by the fact of who I am: black on all sides. So asking, what does it mean to start thinking about Christianity or Greek mythology in a black way?”

In a sense, Cole’s presentation was a reconciling of histories in real time. Not just interrogating history in order to move forwards, but being able to feel connected and entitled to the world and all its available spaces in the present, something that has been denied to people of colour for centuries.

“Montage is when one thing happens, then another and another. There’s a constant undercurrent between events and encounters – and what’s interesting and less explicit is how they relate”, said Cole. Poet and feminist Aurora Levins Morales writes in her book Medicine Stories about ‘Raícism, or rootedness,’ describing it as the “choice to bear witness to our specific, contradictory historical identities in relationship to one another. It is an accounting of the debts and assets we have inherited, and acknowledging the precise nature of that inheritance is an act of spiritual and political integrity.”  It’s impossible to undo history because we’re living it. But it does makes sense to see how the different ‘montages’ of our lived realities relate and respond to each other, because, as Cole pointed out, “Black people have always been people. It should not need saying.”

To find out more about Decolonising Our Minds Society, check them out on Facebook here.

Linkedin
RELATED ARTICLES
OTHER ARTICLES
Layna, Maysa and Amaya are three siblings looking to disrupt narratives around the sport. In doing so, they’re hoping to inspire a new generation of skateboarders.
Through stills, anecdotes and film criticism, a new book examines the portrayal of women’s destructive emotions, reframing it as a challenge to patriarchal structures.
Ireland’s national sports are modernising. At the forefront of this movement is Na Gaeil Aeracha, the country’s first ever queer GAA club.
Recent research is highlighting the drug’s enormous potential for treating substance abuse.
How the sounds of nature, air force bases, walking across the country, Windrush and synthesisers have influenced one woman’s journey through music and life.
Photographer Jeffrey Silverthorne always treated his subjects – often those living on the margins of society – with empathy and respect.