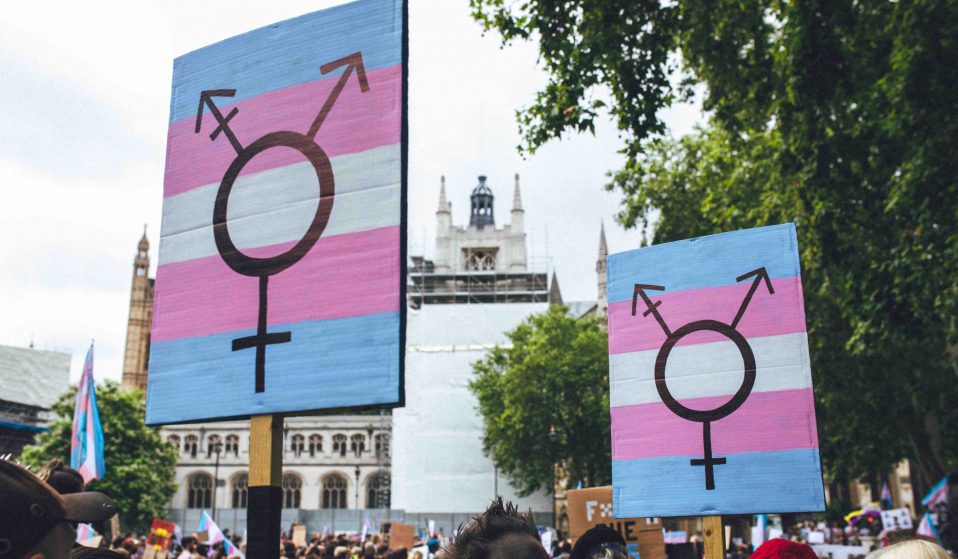 A petition to make non-binary a legally recognised gender is gaining thousands of signatures – but acceptance from the state won‘t solve gender violence and discrimination, argues Liv Wynter.

A petition to make non-binary a legally recognised gender is gaining thousands of signatures. But instead of seeking acceptance from the state, we should be fighting to abolish a system that perpetuates violence and discrimination, argues Liv Wynter.

Earlier this year (March 21), a petition was launched for non-binary identities to be recognised under the Gender Recognition Act. The petition, which at the time of writing has garnered 131,662 signatures, includes the promise that this would “aid in the protection of Non-binary individuals against transphobic hate crimes, and would ease Gender Dysphoria experienced by Non-binary people”.

For all its good intentions, this petition raises urgent questions about what liberation actually looks like. Where does this blind faith in ‘the law’ stem from within a community so regularly abused by it? And, what does it mean to fight for new laws under the guise of safety, when we know that more state power leads to more state violence? For me, the introduction of a third gender becomes another thing to be policed, to be cordoned off; a move from an oppressive gender binary to a trinary. Under the state, an opt-out becomes an opt-in. And I still want out.

It’s vital to remember that laws do not necessarily create more freedom, however, they do often create more ways in which people can be punished. In March 2020, the Government introduced powers under emergency legislation to introduce the coronavirus lockdown, which was, ostensibly, to keep us safe. Over the first lockdown, we saw an emboldened police force increase the use of stop and search by 40 per cent, with young Black men being stopped 20,000 times – the equivalent of more than a quarter of all Black 15 to 24-year-olds in the capital.

It’s not a phenomenon that’s unique to Britain or times of crisis either. In Ireland in 2017, a change in the law around sex work was brought in on the basis of protecting sex workers. Despite this, it led to two young migrant women, one of whom was pregnant, being jailed for working together for safety.

The penalisation of those living outside the binaries of the state (male, female, good, evil, civilian, criminal) won’t magically disappear with an ‘X’ on a legal document. The repeated adding of law and legislation doesn’t bring us further to abolition or liberation, instead it keeps us deeply rooted in a system obsessed with punishment, neoliberalism, and carceral ideologies.

Of course, there are apparent benefits that have prompted non-binary people to sign this petition. Conceptually, if the law is to change, we assume this would lead to less interrogation in the doctor’s office: for example, I have been refused birth control when expressing I wanted it to help with dysphoria rather than to prevent pregnancy; I have been told by therapists that I should transition into a man rather than exist in the home I have created within my gender and my body; I have been misgendered relentlessly.

These are things that make me feel defeated and alone. However, the idea that I will feel liberated with a third state-approved gender on my passport, when passports are in themselves products of state violence and white supremacy, is one I adamantly reject. How can a tool of violence for one become a tool of liberation for another?

This campaign strikes me as tied to ideas of visibility: that being ‘seen’ is the key to liberation. The threat of having our genders diluted through capitalism, commodified and then sold back to us under the guise of radical visibility is one that should alarm us all. The introduction of a third gender gives the – entirely misleading – idea that what we want is acceptance of the state.

My gender is a site of anarchy, of abolition, of revolution and dismantling. My gender is a moving object, something that might radically change as time passes. This relationship can be painful, liberating, and disconcerting all at once. My assigned gender is something handed to me at birth without any bodily autonomy, but my current gender can be resistance, a radical refusal, a choice to lean into what brings joy and euphoria.

A forced gender binary is in itself a tool of the state, a weapon of capitalism and white supremacy. Although many cis people also find their gender to be a liberating home, there are many people forced to hide deep within it and its expectations. The abolition of state-sanctioned gender would benefit everyone, it would keep everyone safer, in the same way that the dismantling of patriarchy benefits every person.

As we see ever-increasingly draconian powers being brought in by a Tory government, we should ask ourselves whether our energies are being used wisely when invested in petitions for new boxes. Or, whether we should be setting fire to the piece of paper they are written on.

Linkedin
RELATED ARTICLES
OTHER ARTICLES
Cindy Campbell recounts how her brother ushered in a new era of musical culture at a party she held in the Bronx in ‘70s.
Sean Maung’s photos are a love letter to the Black and brown communities that make up New York.
Ahead of the release of their first collaborative album, the producer and rapper talk psychedelics and the state of UK hip hop.
Thousands attended the annual event this year to wheelie through the city and call for ‘knives down, bikes up’.
In his 2008 series, the photographer pictured himself as Angela Davis, Martin Luther King Jr., Malcolm X, and other prominent figures.
By turning a real-life crisis into daytime television fodder, TV bosses have once again shown themselves to be completely out of touch with audiences.