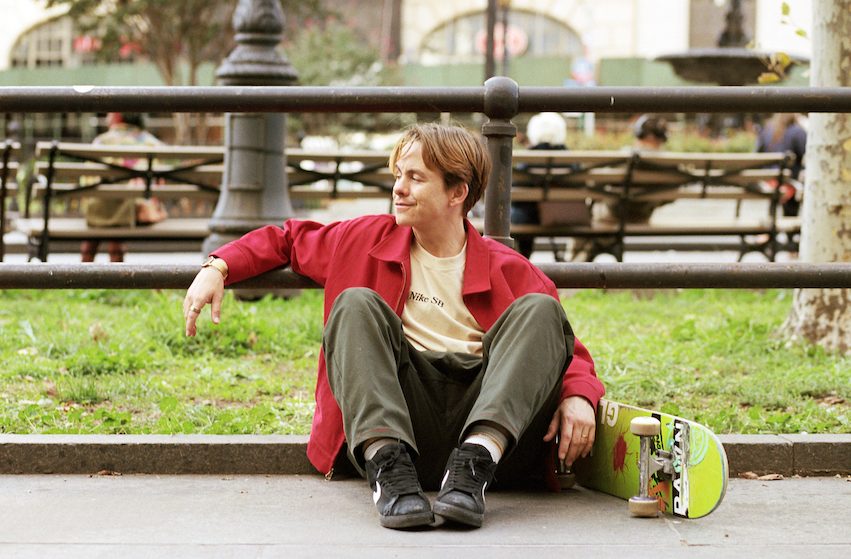 The pro skateboarder withdrew from the 2020 Olympic Games so he could come out as trans. Now, he’s hoping to encourage others to live as their authentic selves – within the sport and beyond.

The pro skateboarder withdrew from the 2020 Olympic Games so he could come out as trans. Now, he’s hoping to encourage others to live as their authentic selves – within the sport and beyond.

When he smiles, which he does a lot, he takes on a charmingly confident demeanour, like the one he adopts when he finally lands a particularly challenging trick in the legendary skate videos heʼs been making since he was a teen.

All this personality wouldn’t be so remarkable if it wasn’t in such stark contrast to the person at the centre of Stay on Board: The Leo Baker Story, Giovanni Reda and Nicola Marsh’s unflinching Netflix documentary that chronicles Baker’s road to, and then retreat from, skating in the 2020 Olympic Games. At what many would have seen as the pinnacle of his career, Baker quit the Olympic team to focus on his mental health and publicly come out as transgender. As the film opens and Baker’s athletic responsibilities reach fever pitch, it becomes less a simple doc about a moment in sports, and more a diary of a person trying to get through one of the most challenging moments of their life. “In the beginning of the documentary, you can visibly see how sick I actually am, emotionally,” says Baker with a slightly morbid chuckle. “There’s like, no colour in my face, I’m a shell of a human at that point, and it’s so apparent. Like, ‘How is nobody seeing this?’ To watch the documentary, and see myself go through that, and then to be at the place where I am now – that’s fucking intense.”

Fucking intense indeed: by staying by Baker’s side essentially 24/7, and spotlighting some deeply intimate moments, Stay on Board achieves the kind of atmosphere that makes for fantastic documentary filmmaking. The project came about when, after relocating to New York from his home state of California, Baker ran into Reda, who had just released a documentary on queer pro skater Brian Anderson’s coming out. Reda pitched Baker on a music video concept, that very quickly evolved into a documentary about Baker’s identity as, at the time, a non-binary skater on a global stage.

“I was just kind of like, ‘Yeah whatever I’m down,’” says Baker. “Not really knowing exactly what I was getting into, but not in a bad way. It was just like, ‘Sure, let’s do it,’ and then we ended up filming for four years – the greater part of my late twenties.” But as the whirlwind of Baker’s life began to gather speed, the doc had to shift dramatically from its initial concept to a fly-on-the-wall view of the magnitude of the moment. “I’ve always been an open book in interviews and I don’t really have the energy to, like, filter shit out,” Baker says matter-of- factly. “But when we started the documentary, skateboarding had just finally gotten into the Olympics. I was on my way to compete, and so Reda pitched to a bunch of studios like: ‘Non-binary skater going to the Olympics’. At the same time, I was having more conversations with Reda about being trans, so I knew that the subject matter was going to be the complication of being trans in a situation that was super binary.” He laughs for a second. “But then the plot twist was like, I’m actually just going to quit.”

Understandably, this moment packs maybe the film’s biggest emotional wallop, but what stands out isn’t the professional gravity of Baker’s decision. Rather, it’s the catharsis of Baker’s relief that the charade is finally over, that he can work at being the person he’s always been. This excruciating push-and-pull between Baker’s meteoric career and crumbling personal life is what gives Stay on Board its tension, and as a viewer, you get the impression that you’re witnessing the very, very end of a very, very long road. “I was just coming to terms with a massive life change and just all the emotional stuff that comes with that,” explains Baker about that pivotal decision. “I’d been competing since I was 11 – not that I loved competing, but it was just a huge part of my life.” 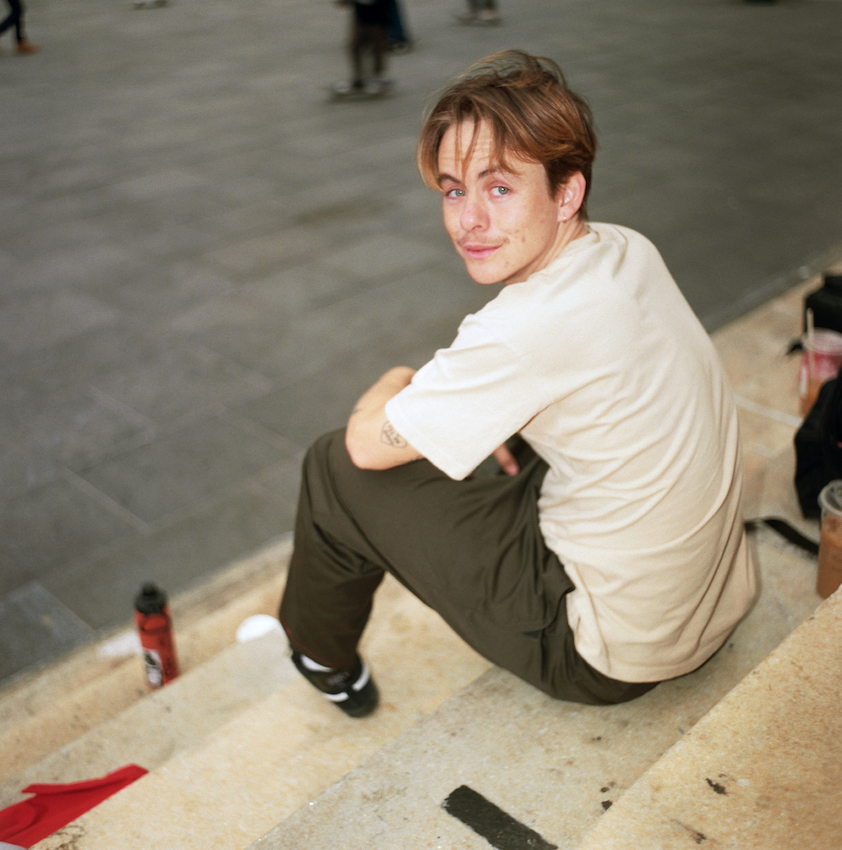 During his youth, as he came out as queer and started dressing in a more masculine fashion, Baker began to lose the support and endorsements that he had strived so hard to secure as a teen. “That whole entire version of my life fell apart because of being queer and then not having support because I wasn’t feminine – or whatever the fuck, you know? In 2019, I was reliving the trauma of, ‘Am I going to lose everything again?’ But then also being like, ‘I can’t not do this, because I just don’t have it in me to have any kind of façade going on. It was obviously terrifying.” There’s a genuinely mind-blowing scene where Baker is traveling for a competition and casually mentions to his girlfriend that his consultation for top surgery is scheduled for the day after the Olympics; truly a peek into how utterly insane and unsustainable his life was at the time.

With the Olympics officially out of the picture, Baker’s entire life immediately opens up. As the Covid-19 pandemic looms, the idea that he would have had to delay his transition for yet another year if he had continued to compete is even more assurance that he made the right decision. With his dear friend and fellow skater Stephen Ostrowski, Baker founded Glue Skateboards, an all-queer skate company that produces boards, apparel and crucially, incredible skate videos that put queer skaters at the forefront. “For many years I always wanted to start something. I went to school for graphic design and I was like, ‘Maybe someday this will be a thing I can merge with skating.’ I met Stephen, and the inspiration in seeing their drive and then seeing how our ideas come together as one it was just so… it just gives me life. We just make the stuff we want to wear and we make graphics that we like. There are some people who say, ‘Oh, this is queer only,’ but it’s not even necessarily about that. We’re skaters, we happen to be queer, we’re artists, and this is what we’re up to.”

Glue has a decidedly punk ethos, which comes across whenever Baker talks about his somewhat newfound role as the most visible trans member of the international skating community. “I mean, the thing about it that is a little bit disheartening, because nobody can really escape the fact that we live in a capitalist society and everything has to be monetised,” he says about the marked uptick in opportunities since he came out as trans. “I’m obviously benefitting from that right now but I think there’s so much wrong with it.” 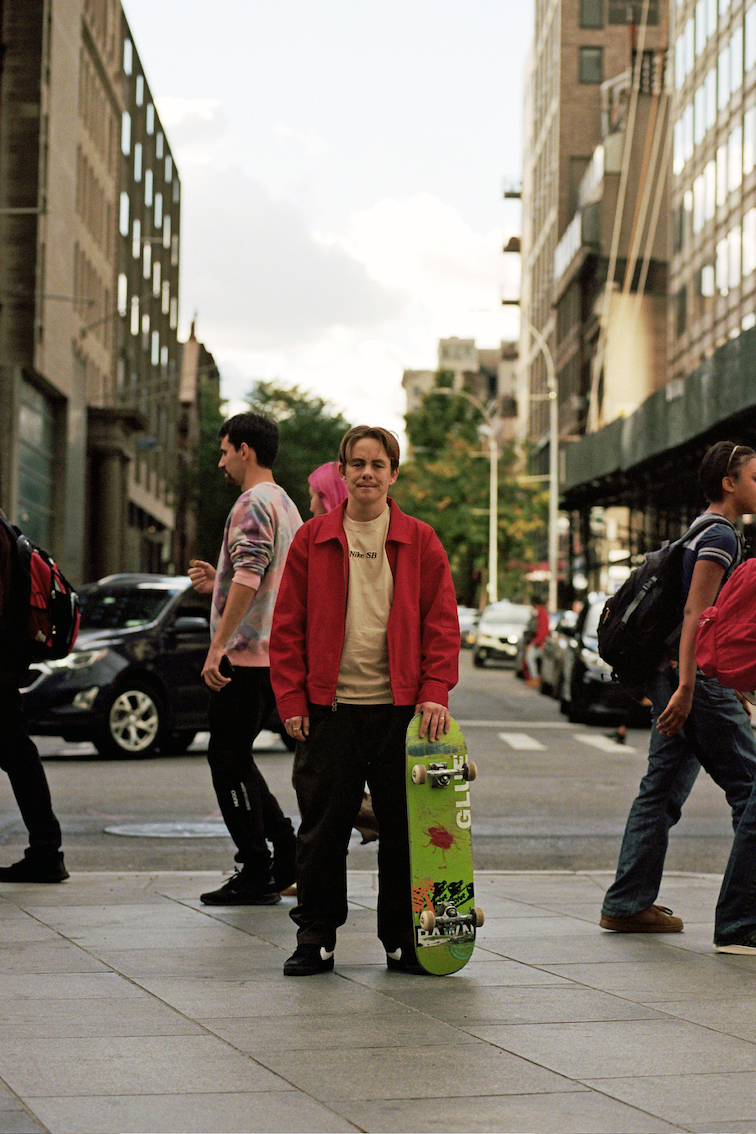 “The reason that we need to tell these stories in the first place is because of the system that we live in.” What if we lived in a system where you weren’t being oppressed or denied opportunities because of who you are as a person? What if we were just telling stories about people who are fucking talented and amazing, without this thick layer of like, ‘And I had to overcome this to get to where I’m at’? Yes, it’s uplifting, and yes, a lot of change needs to happen, but ultimately, the system is creating a possibility for a narrative like this to exist. I am in a place where I’m successful as a person who happens to be trans and a skater, and there was no way for me to be successful until shit got broken apart.”

It’s clear now that Baker is exactly where he needs to be, after taking so much time to figure everything out. In a particularly affirming scene, Baker does a motion capture session for the 2020 Tony Hawk Pro Skater re-release – the video game that taught him that professional skateboarders existed. You can see the wonder on his face, that millions of kids will be playing with his little avatar in the same way he played with his own skate legends’ back in the day. And not as a person society tried to force him to be, but as himself.

“I have experienced really low lows. I’ve experienced the hellscape of gender dysphoria and all that, and now that I am entering a part of my life with the absence of that, I feel super grateful and really grounded,” Baker says finally. “I still have a way to go. I just transitioned – I started T two years ago. There was a long time where I didn’t even understand what dysphoria was: and then when I got clarity on that, I was like, ‘No wonder I wear giant shirts and I’m slouching and have back problems and don’t want to talk or see people or be in public.’ I’m really in touch with myself now, so I am grateful for the experience. It is extreme as fuck and I am grateful for it. Everybody should just tear their shit apart and see what they find, you know?” 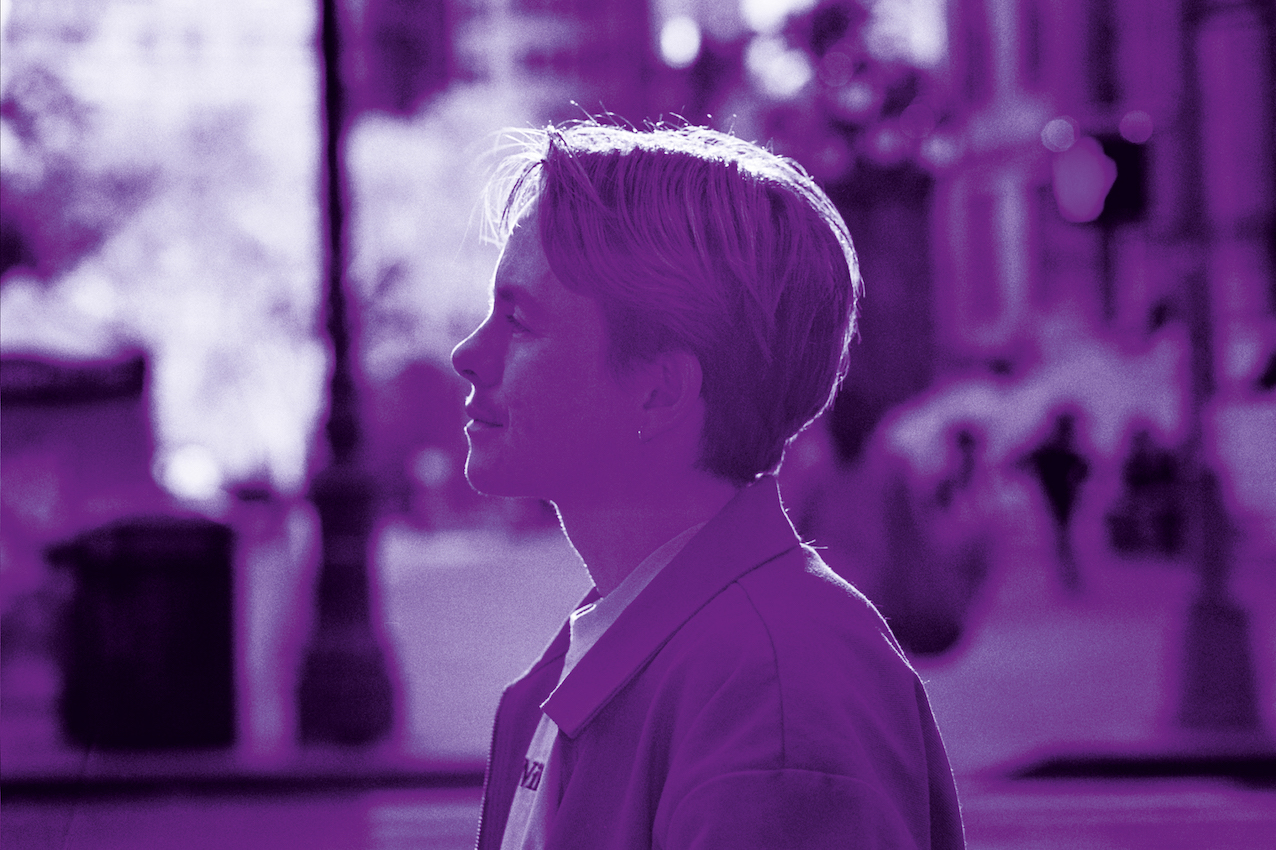 A version of this story appears in Huck 78. Get your copy now, or subscribe to make sure you never miss another issue.

Linkedin
OTHER ARTICLES
A recent High Court ruling against the right to wild camp in Dartmoor National Park sparked the largest land protest in history – and campaigners say their fight is not over yet.
Following the release of his debut single, Deyaz talks battling addiction, dealing with his struggles through music, and building a budding music career from his living room.
Since 2007, Gideon Mendel has made 20 trips to document floods in 13 countries. The result is an alarming record of what has already been lost to the climate emergency.
Theo McInnes’s photos of the annual event provide an intriguing snapshot of contemporary Britain.
After fleeing the war in Ukraine, people are finding it impossible to secure affordable and decent housing in the UK.
After blocking the Scottish government’s gender recognition reform bill, Westminster is now devising further changes to the law to make it harder for trans people to self-identify.