Art & Culture / For LGBT people it doesn’t always ‘get better’ 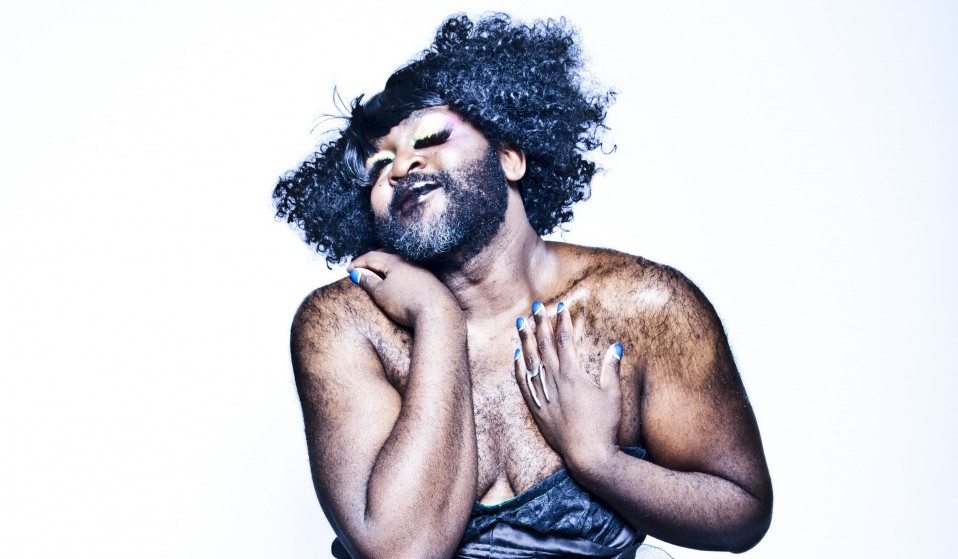 Drag performer Le Gateau Chocolat talks visibility, growing up different, and how it doesn't always get better when you're queer.

“As a gay child you get adept in drag”, Le Gateau Chocolat tells me, “you become versed in this art of misdirection.” It’s not a connection I’d made before, but as we sit in the empty studio where the night before I’d watched this British drag performer tear up the stage, it’s a sentiment that suddenly makes sense to me.

Born in London, but with his formative years spent in Nigeria, Gateau – or George Ikediashi as he was back then – found a religious Christian environment was far from the easiest place to find yourself as a young, gay boy. At 16 he returned to England to study, moved to Brighton on the south coast, and a few years later found himself immersed in the world of drag after being picked out the crowd at a club night.

“Growing up in a very Christian environment, which Nigeria still is and my parents still are, you very quickly work out that you’re gay”, he tells me now, reflecting on his childhood. “You don’t know it’s called gay, you don’t know what it is, but you know that something you are is wrong.”

“Well, that’s how you feel, and that’s what you’re told.” According to research from 2007, 97 percent of Nigerian residents believe that homosexuality is a way of life that society should not accept, and in 2014 President Goodluck Jonathan signed into law a bill that made gay marriage and same-sex relationships illegal, punishable by up to 14 years behind bars.

Navigating a society so unwelcoming to LGBT people is tough for anyone, especially at such a young age while still coming to terms with who you are. George’s way of trying to mask or hide his sexuality was to distract people by being jovial, super extrovert, the dream child for other parents’ to be introduced to. “It might be adapting to bullying in school”, says Gateau, “or surrounding yourself with girlfriends because they feel so comfortable around you.” It’s the art of hiding something so important and personal that so many young queer people can relate to.

“You have to”, George says quietly, “for survival.”

His show, Icons, drops in on some of the most intimate moments of Gateau’s life: the heartbreak of young love; the death of a loved ones; the loneliness and isolation that plagues those living through bouts of harsh depression. For him drag has transformed from a way of hiding, to a mechanism through which the deeply personal can be presented, displayed and explored. 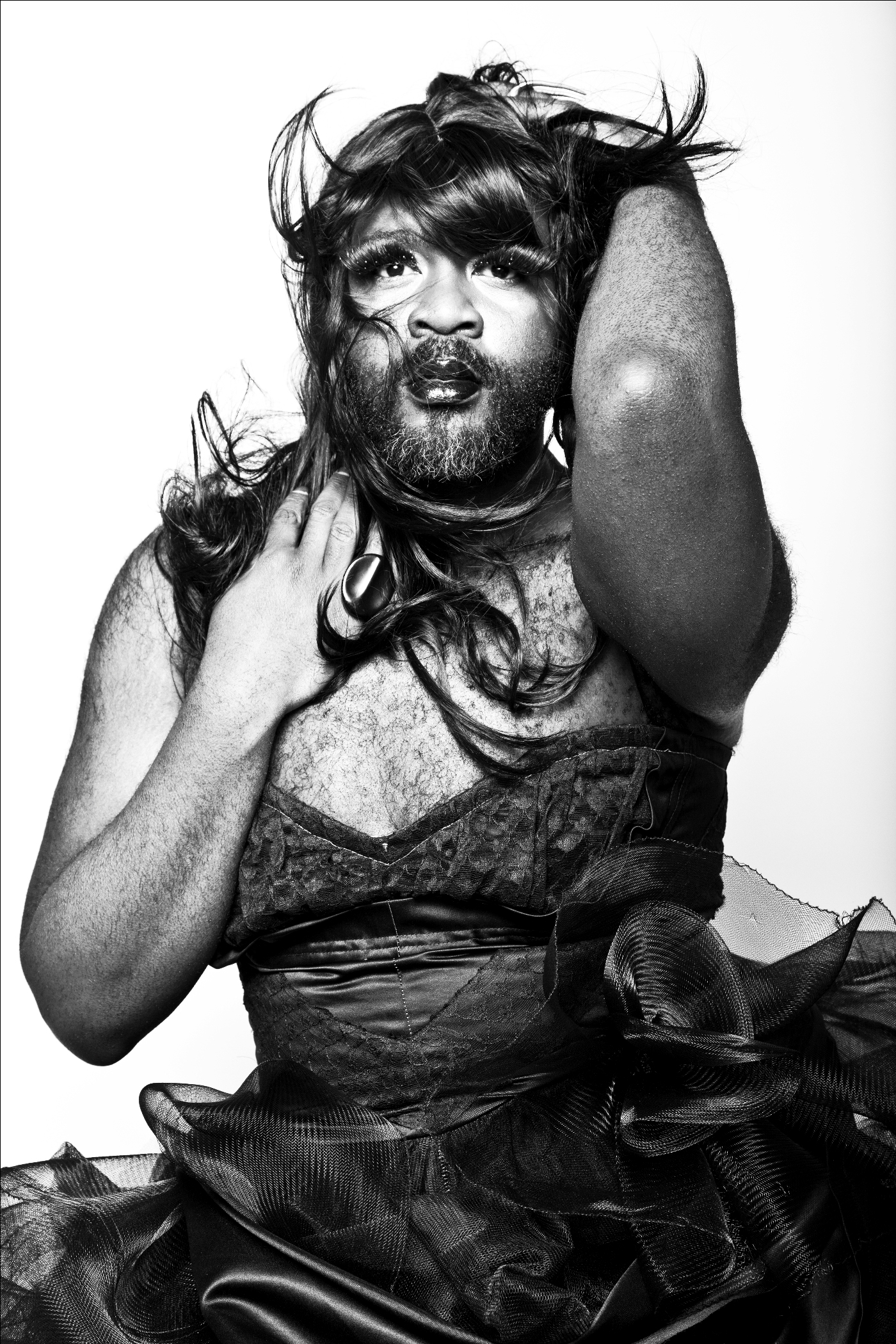 “For me, drag is a vehicle to be as real as possible”, he says smiling. “Now that I’ve got you in the room I can talk about all the things that are important to me.”

“I got an email from someone today asking for an interview with me, and she wrote how it would be interesting to talk to me about the character’, Gateau says dryly. “My reply? I tell you about my brother dying, about my close friend committing suicide. That’s not a character.” For Gateau, the hair, the makeup and the costumes allow him to be seen, not hide.

Gay men are often told that “it gets better”, that if we we are true to ourselves, come out of our claustrophobic closets and wave our rainbow flags high and with pride, life will turn out just fine. “I strongly believe that “it gets better” is flawed”, suggests Gateau, as conversation turns to navigating being gay within a community that’s far from welcoming.

“I haven’t come out to my parents, no”, he explains. “They live there and I live here.” In the context of ‘it gets better’ his choice might make little sense.

“My friends with the best of intentions once staged their idea of an intervention, telling me to call my parents and tell them”, says George calmly. “I said don’t patronise me, don’t patronise me with your privilege and lack of understanding of where I come from.”

“It’s not that it can’t get better”, he continues, “but nobody is going to hand you that, you’ve got to make better happen. I find it dangerous. I know kids need help and hope, but I don’t know if something so exaggerated, in some ways a lie, is truly helpful.”

Gateau tells me he was severely bullied at school., and understandably more practical advice than this three word catchphrase might have been useful. “I’d sooner hear hang in there, try this, be strong, be yourself, fight back. It’s a really hard taught lesson. It didn’t get better until I started believing that it could.”

It’s an experience many young LGBT people can understand, especially if families are religious, or live in more socially conservative countries around the globe.

“Here, your mum can get a pamphlet, reach out to a group, find another parent with a gay child,” he continues. “But there you haven’t got the foggiest.” Sure, everyone has their own coming out story, but to force someone into it is to not understand individual implications. For Gateau it might well be a massive weight off his shoulders, but what does it do for his family? For those of us in relative positions of privilege it’s an important lesson to take note of.

Gateau might not be out to his parents, but there’s little left hidden when I’d been watching him just hours before. Icons, which he tells me happily has been selling out night after night, blends anecdotes and song into an intimate autobiographical spectacle, the words of Maya Angelou and Madonna woven together keeping the audience entranced.

For many who aren’t so well versed in the history and depth of drag as an art, Ru Paul’s Drag Race is the go to point of reference. It’s a far cry from what Gateau serves up: there’s no female mimicry, no misogynistic undertones either, this is a show that wants you to feel something real. “It wasn’t a decision, it’s a reality”, Gateau replies, when I ask why he speaks so bluntly about difficult experiences on stage.

“We don’t live out our lives as clowns or on a comedy set, we live life as four dimensional people. From joy to pain, elation and celebration to heartbreak and abject horror. It’s not a decision, it’s the truth.” Sometimes people are affronted by Gateau being real and human, but he assures me he doesn’t know how else to be.

It’s not long before time is running out, the minutes disappearing as I sit listening to stories from the last few years. Before I disappear, with his next appointment waiting in the corner, I ask him why he feels it’s so important now to be seen.

“Because we’ve always been other”, he suggests. “Even though we are breaking the back of some of the worst prejudice in the UK now, that’s still the case.”

“I live in a world where I’m othered so many times; not just as a gay man but as a black man, a man of this size, a drag queen with a beard. Even within the gay community you have to find your own ghetto.”

What’s worse? The gay community can be the worst culprits of self-hating, racism, fat-phobia. Scroll through Grindr, look at the covers of gay men’s mags, just see who’s frequenting the exclusive club nights and bars.

“When the whole world is telling you you’re other, and then you find your own community and even here you’re sidelined and oppressed? It takes strength, and it’s tiring”, Gateau sighs. “One of the ways to deal with it is being able to talk. The more open I’ve become, the easier it feels to grapple with.”

Linkedin
RELATED ARTICLES
OTHER ARTICLES
The revered showbiz chronicler recalls his journalistic beginnings, documenting subcultural scraps in the ’80s.
Members of the collective share some of their reasons to run as part of #UnitedBySummits, a campaign that looks to uncover transformative power of the outdoors.
Photographer Robin Graubard’s debut book offers an unflinching record of turbulence and change across the Balkans.
In our first OFFF Dispatch piece, the Arce Studio founder shares her tips on standing out from the crowd.
The situation in Afghanistan remains dire, with many groups facing persecution at the hands of the Taliban.
The author discusses her blistering new novel about history, revolution and queer love.